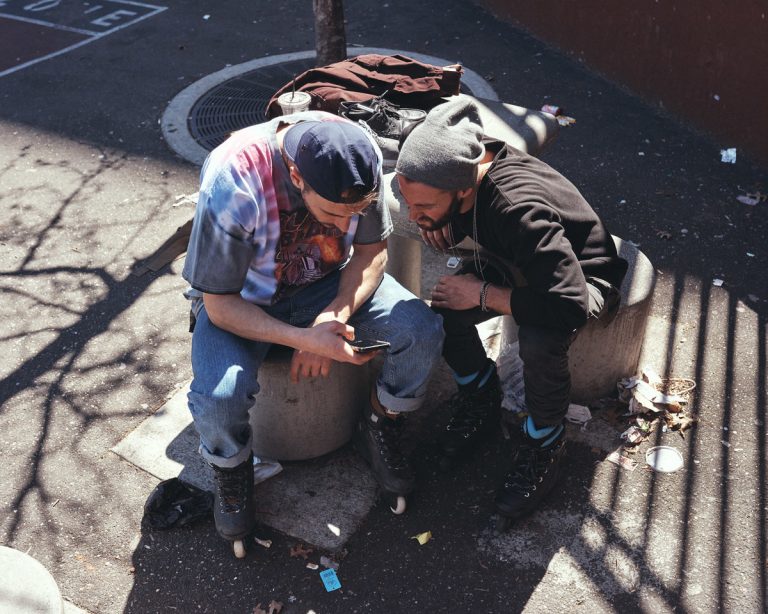 JUSTIN BRASCO: FROM BUSHWICK TO BROWNSVILLE

It was a typical morning in Bushwick at the Official – Unofficial New York Blade House and “One For The Road” production studio. I woke up ready to attack the day with a stomach full of ceviche and bourbon. The smell of fresh coffee that Mike Torres was brewing up in the kitchen finally got me out of bed. It was our Opening Day session for the 2017 NY Blade Season. The weather was finally getting warm and the snow has melted. I try and travel as much as I can during the winter to warm destinations to skate but nothing beats skating in NY during the spring/summer. It was time to start being productive and work on some new projects. 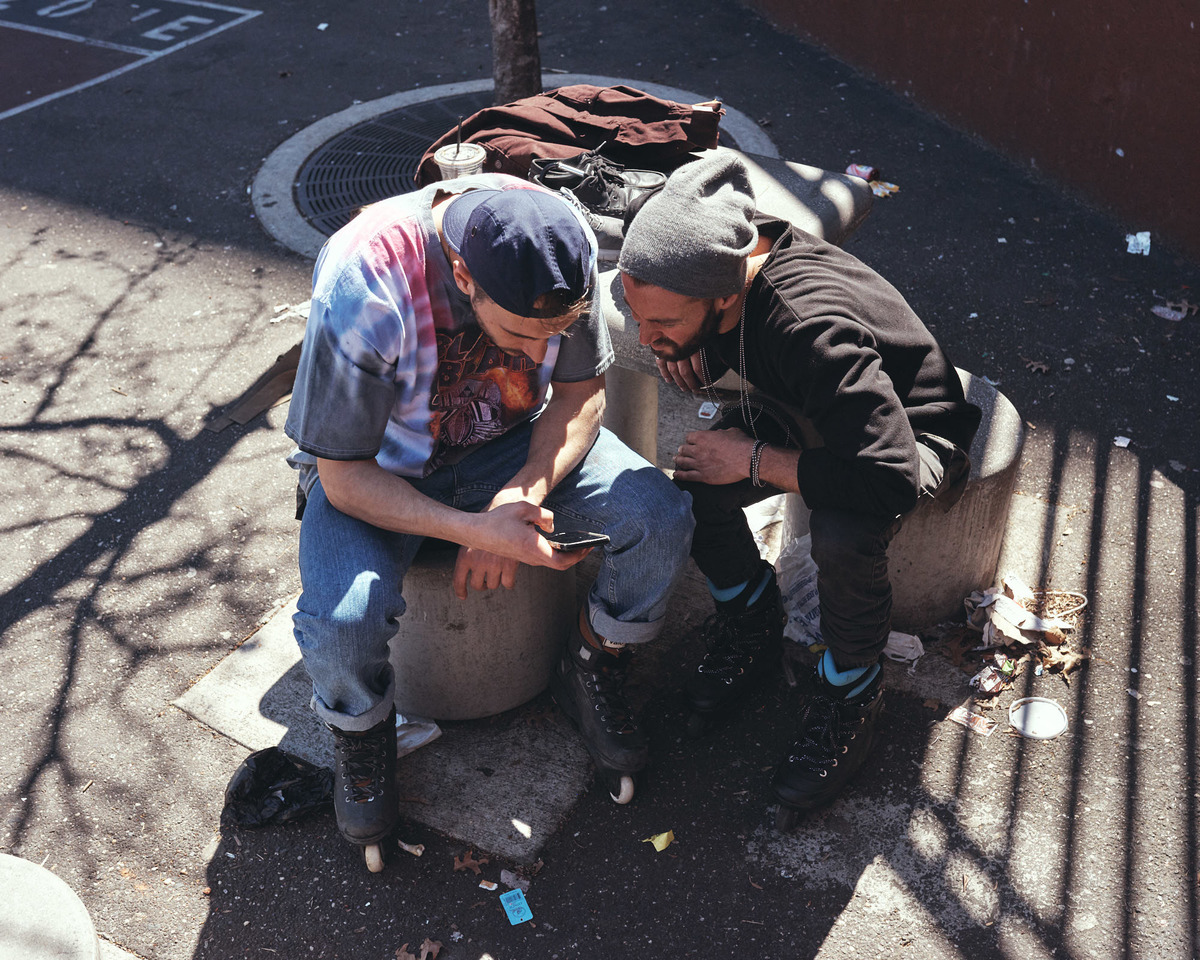 We contacted our chief satellite skate surveillance officer Tadd Labozzetta to see what spots he had in store for us. With the use of his top secret search and destroy computer programs, he located a few spots in Brownsville NY he wanted to check out. Along with Tadd, Nate Moore and Christian Delfino were on route to the apartment and we were ready to roll. Our excitement to hit some new spots and finally get outside into the 57-60 degree weather was halted briefly when we were reminded by a fellow blader that years back the late Alex Nunez and Glenn Jersey were robbed at gunpoint in that same area. Nonetheless, we figured we had the Blade Gods on our side so we set out.
We got to the first spot which “could” have been super good but required a brick, a lot of wax, a broom and at least 3 cans of lacquer. Still somewhat cold, lazy and unprepared we decided to move on. Our decision to move on was also inspired by the local that politely warned us “you guys don’t belong here”. Back in the car.
We drove around which was utterly impossible and stressful. It’s a sea of double parked cars, pot holes and cars just stopping wherever they want to have full blown discussions with people/friends on the street, it’s insane. It can easily take 30 minutes to drive 1 mile. We past a few more spots that we had been scoping out but weren’t as good as we thought. 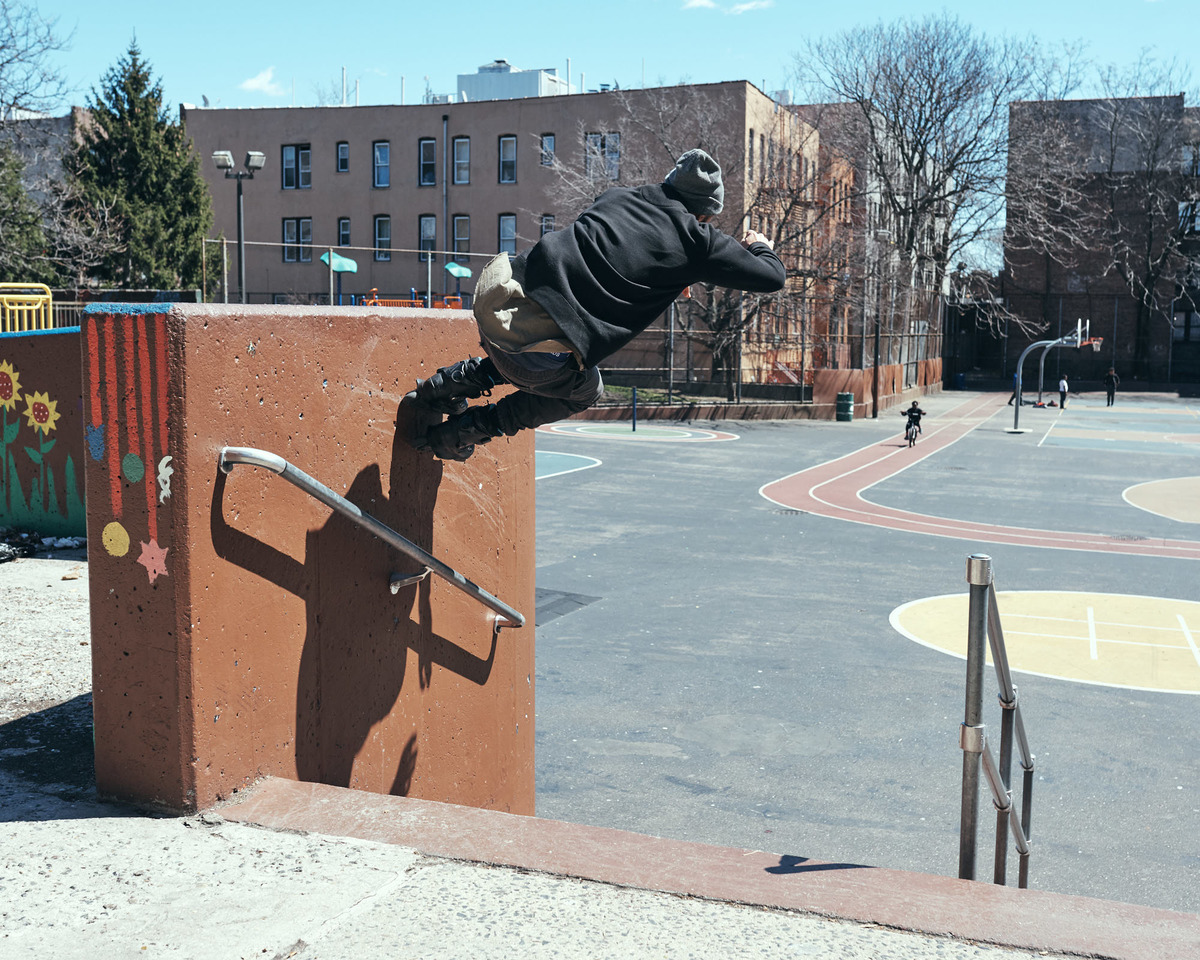 We finally got to spot # 2 which was supposed to be a good bank to rail. We geared up and as we came around the corner, sure enough we see a sick bank to rail. I had never seen it before but was pleasantly surprised as to how good it was. We were about to start skating but then Tadd comes running back from around the corner to advise that the 2 other spots he’s been wanting to skate and searching for were also at this spot.
There was a spot that I had seen in a bunch of skateboarding pics/videos on social media. It was a little bank to ledge type thing, perfect for a warm up. We skated amongst the kids playing basketball and it felt like summer. After a little while of cruising through a ton of trash to hit the banks, we got a few clips but decided to move on to the other “spot” that was across the basketball court. It was awesome and very random. It’s a 10 stair with a wall rail that only goes down about 4 or 5 of the stairs and then the wall curves so the rail ends. We began to skate it harder and harder and the kids playing basketball became slightly more intrigued.
One of the attempts of the True Makio to gap I go way too fast, slide off the trick to crumble at the bottom of the stairs as two of the kids walk up to me. “Doesn’t that Hurt” they said, “Yes, Yes it does” I replied. “So why do you keep doing it?”. What a question, It was a defining moment in my life. As I lay on the ground, sweaty, bloody, hurt and tired I asked myself “why do I keep doing this?”. I am 33 years old, why god, why? And then it hit me… “Because Its fucking awesome and I love it” I replied. 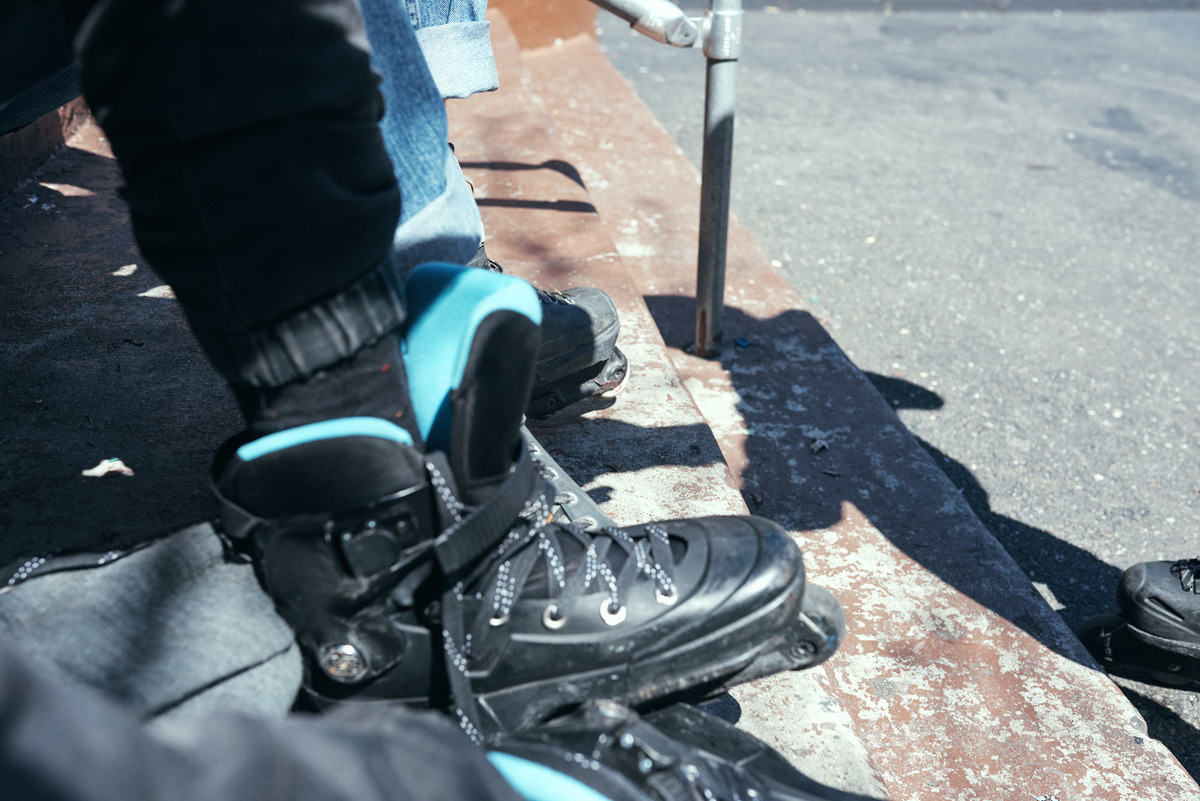 As I got to my feet and began to walk up the stairs they countered my response with “well do you know Tony Hawk?” and Torres quickly came back to totally stun them with “well do you know Michael Jordan?”. Regardless of the tricks done that day that was my highlight.
We kept skating until we had to head out because we all had other plans and to be honest, for the first day back we were pretty sore and beat up. We never go to skate the actual “spot” of the bank to rail, so that spot is still a “to be continued”.
We headed back to Bushwick to re-up my ceviche levels and head out for the night. We later found out that a civilian on rollerblades was killed by a hit and run only a few blocks and a few hours from where we skating (http://nypost.com/2017/04/10/rollerblader-fatally-struck-by-car-wanted-to-be-a-doctor-one-day/). Horrible news and very unfortunate. Life is short, do what you love and believe in. 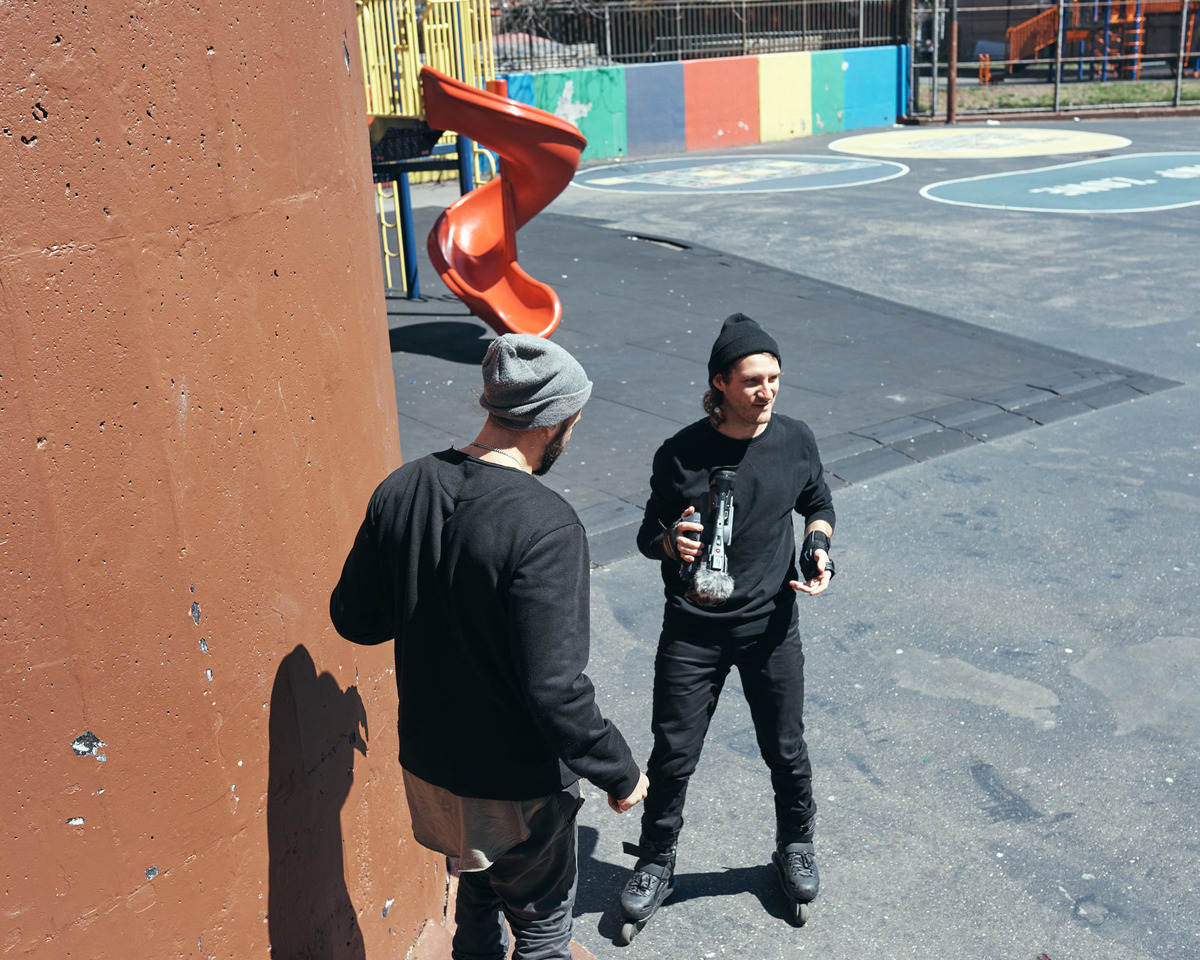 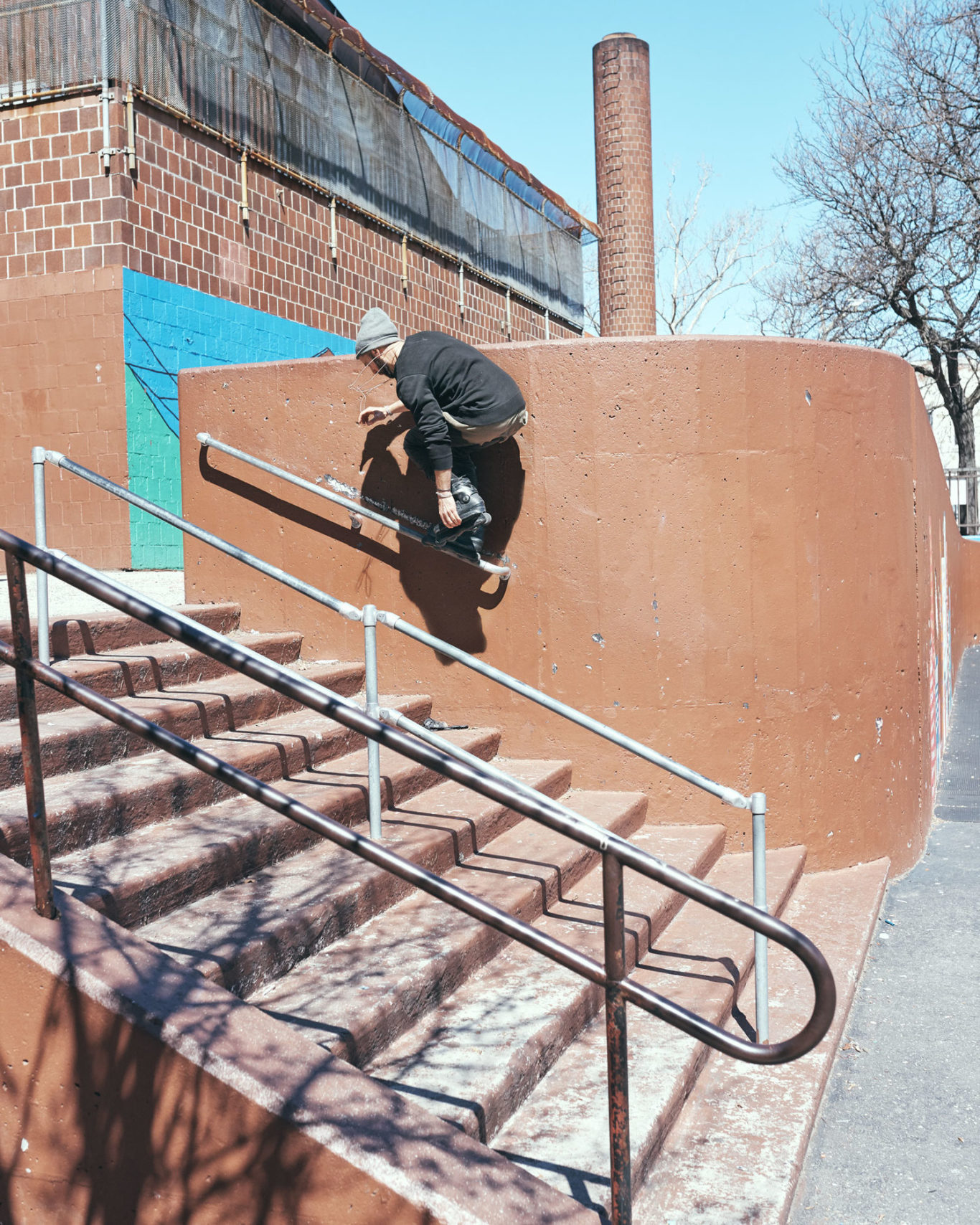 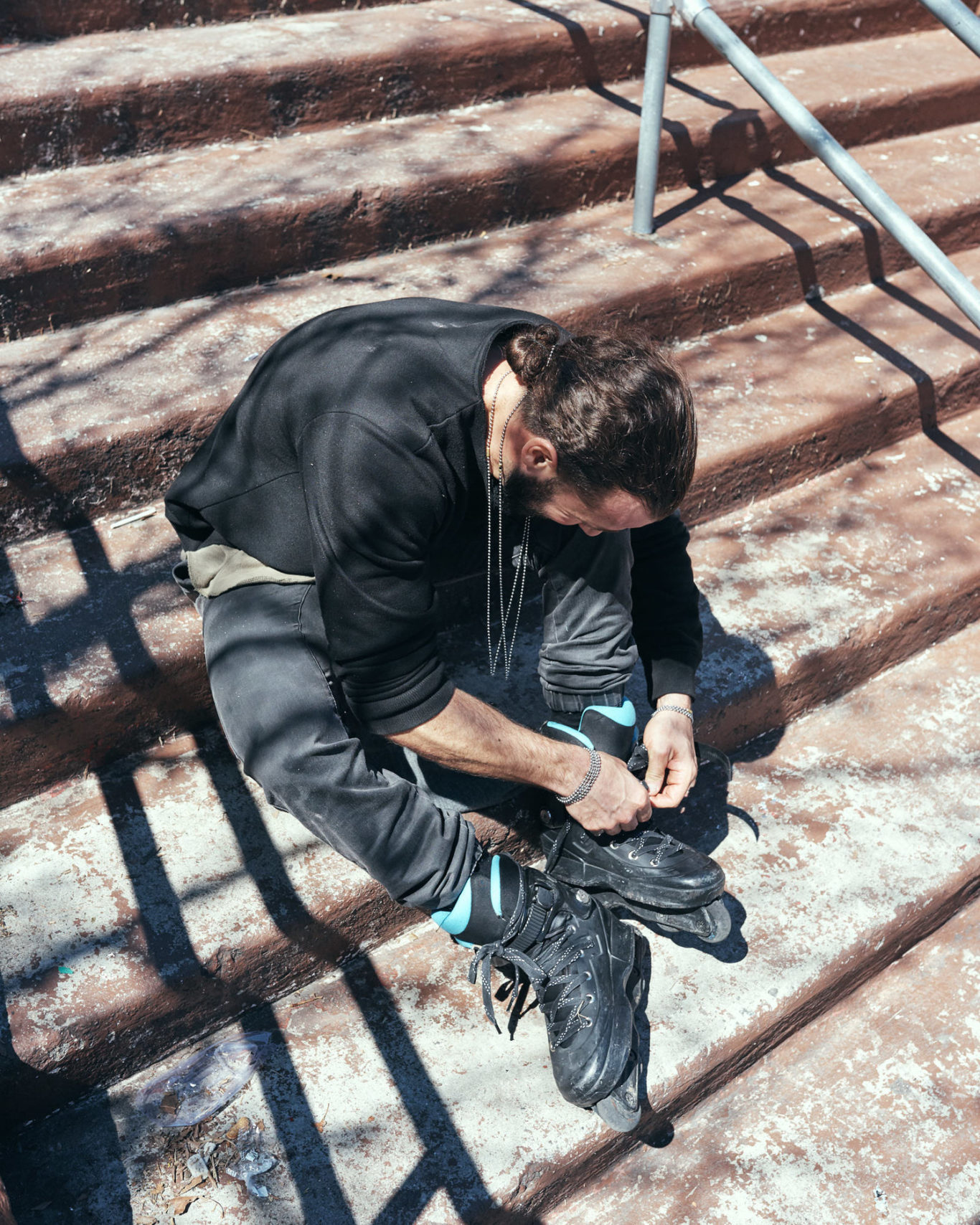 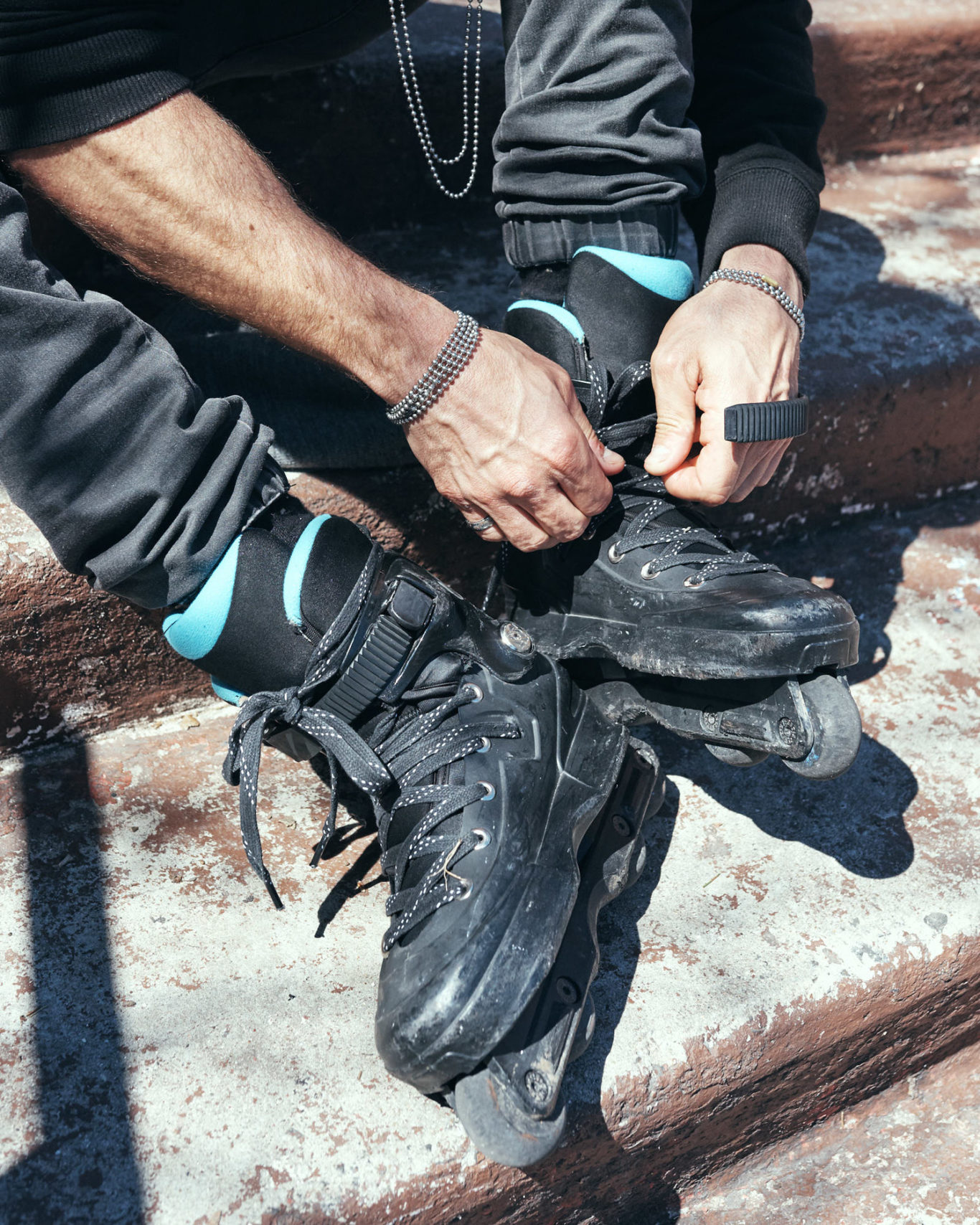