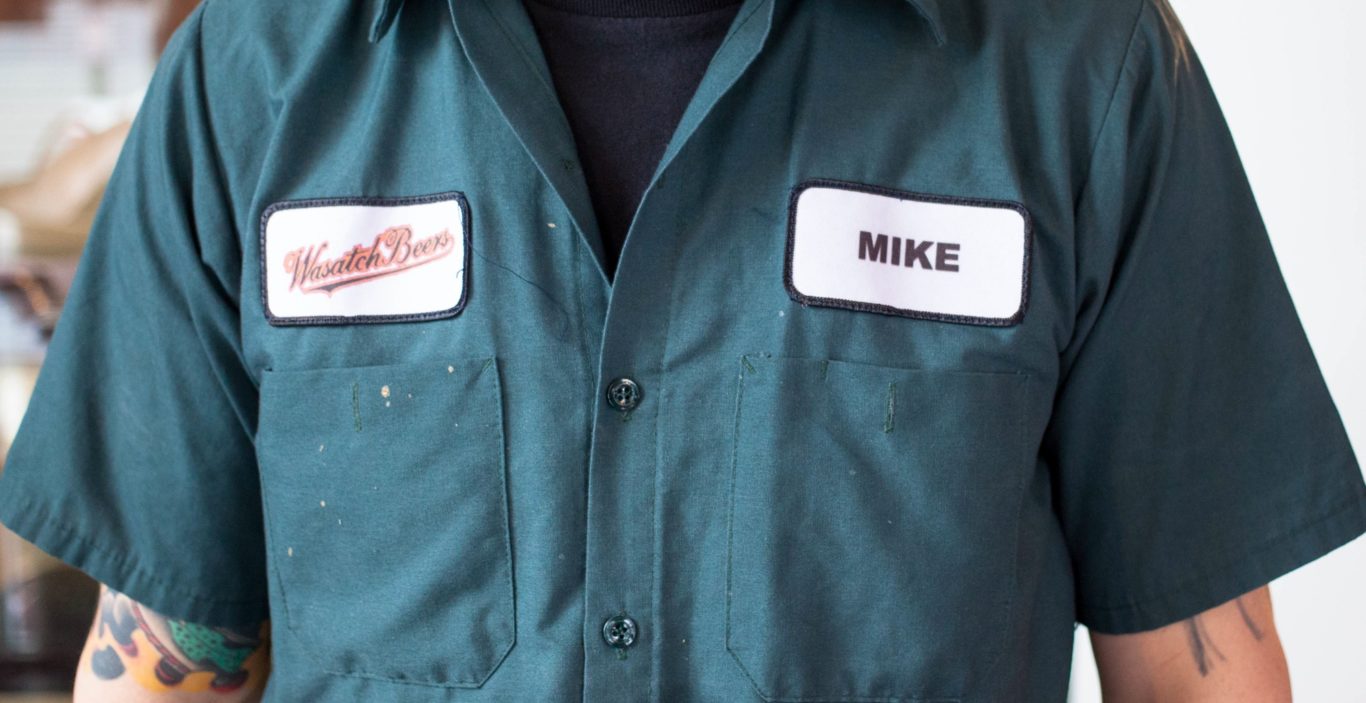 23 years ago Mike Opalek put on skates for the first time. Two decades later he is brewing beer for a living and looks back on receiving the first ever pro wheel in blading, helping develop one of the first stunt skates, never been done before tricks and coaching the Thai National skate team.

What was supposed to be a quick “checking in” feature about his current life and job as a brewer, turned into a flashback interview about the blading career of Mike Opalek. For sometimes, one has to take an in-depth look into the past to be able to fully grasp the present moment. 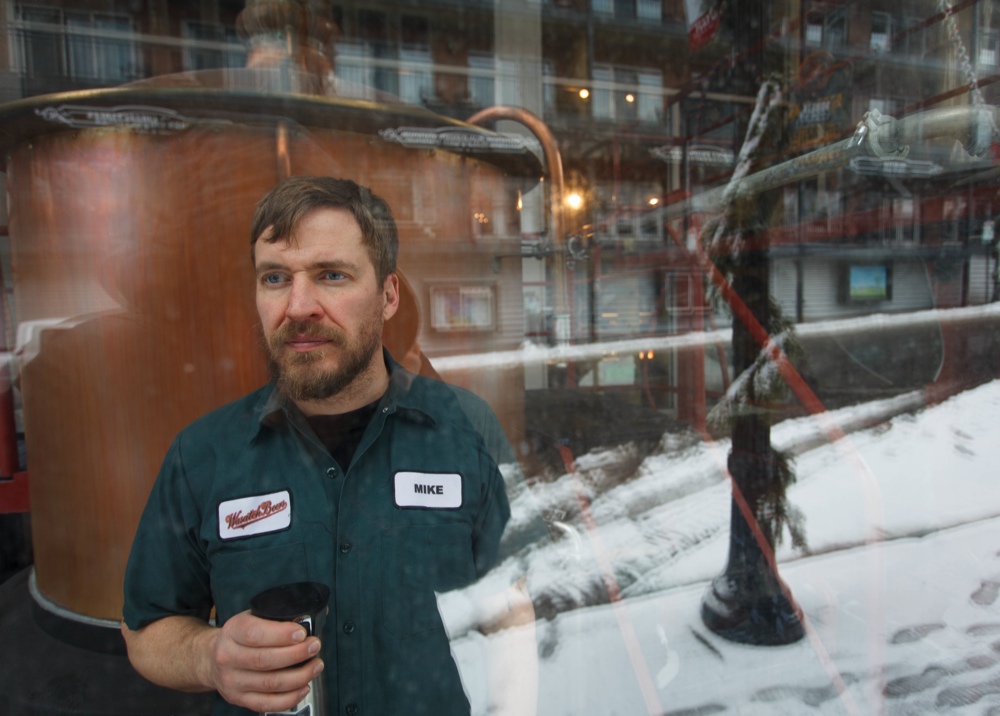 Hey Mike, thanks for doing this with us. Where are you right now and what did you do before answering my questions?
I’m sitting in the Seattle airport on a layover back to Salt Lake City. I woke up in Shanghai this morning. I was judging the Kia World Extreme Games this past week in China.

For the kids that started way too late to know who you are I think we should start with a little introduction round. Please tell me when you started blading and how the scene looked like back then.
I got my first pair of skates in 1991 when I was 18yrs old. There wasn’t a scene. I grew up in a small suburb of Cleveland Ohio. It wasn’t until I went to college later that year that I met some other skaters and we just started jumping over things and down stairs. We didn’t know other people were doing the same thing.

Can you tell me about some of your sponsors you picked up along the way? What was the first one, did you ever make a living from blading, how was it being sponsored at that time?
My first sponsor was Senate. When I moved to Los Angeles in 1993 they were just starting it, so besides the owners like Arlo and Brooke I was one of their first riders. Then came Oxygen, we had the privilege to build a skate from the ground up which was a great experience. I did make a living of blading for quite a while. It was amazing. I was never really a good competition skater, but I had enough sponsors to make a living. I always thought that with all the free travel I had that made up for the lack of money I made. 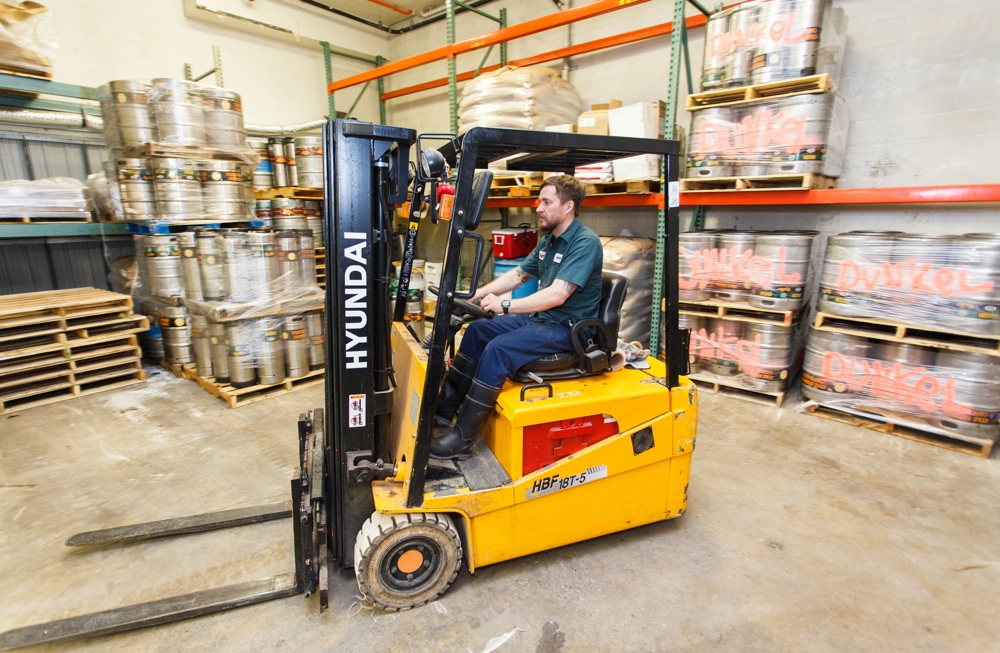 There are rumors that you were the first one to ever receive a pro wheel. Is that correct and can you tell us a little more about how this happened?
Technically yeah I think so. Only because when Senate first came out with wheels, Arlo, Scott Bentley and Myself got the first ones. By chance mine were done first while there’s came out a week or two later.

Did you have other pro products as well?
No, Just wheels, two from Senate and one from Eulogy. I helped design the Argon(Brooke did most of the work, I just did R&D and tweaked it), But it seemed like everyone else got a pro skate but me.

Looking back, what are you the most proud of today? A certain video part, a certain trick, interview in a magazine or something else maybe?
Twice I had the opportunity to coach the Thai National skate team. It was pretty random. In 2005 & 2007 I lived in Thailand for three and four months. There was this huge Asian event called the Asian Indoor Games. It was sanctioned by the IOC (International Olympic Committee). Thailand hired coaches for their Inline, Skateboard and BMX teams. Such an incredible adventure. I was lucky to have worked with great talent , Jeerasek Tassorn, Woorapoj Boonnim,Czar and all the other guys. They won a lot of Medals. Just living in Thailand for that short time was incredible. 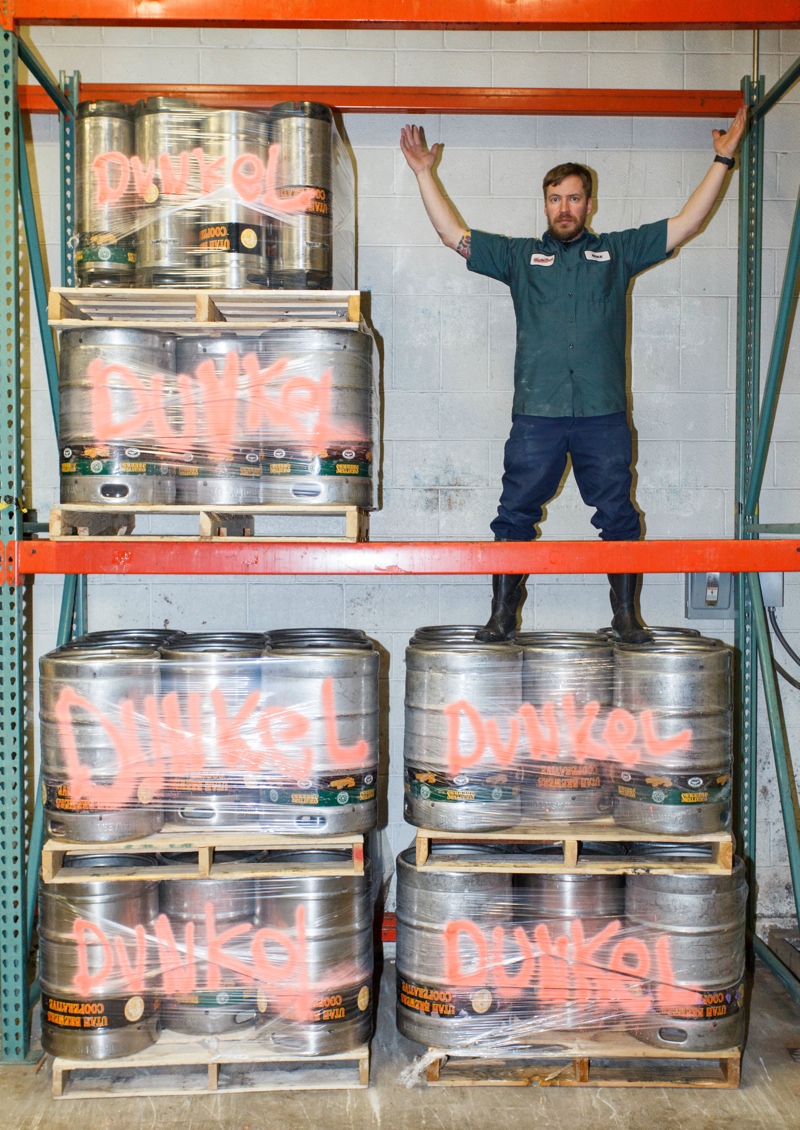 Talking about tricks, blading was still very young at the time and your generation kind of invented everything that the kids are doing today. Can you remember some of the “first-timers” that were landed at the time?
I wanna say it was John Schmidt from Minnesota who did the first zero spin at the AM Jam in Dayton Ohio, looked so cool! Switch-ups where big back then, everyone was trying something new all the time. So its hard to remember who did what. I do remember while filming for the Hoax 2, we were in Dallas at a park and Brooke and I were messing around on a mini ramp. I landed a 270 top soul for the first time. They had it on film but never used it.

What year did you stop your professional career as a pro skater and why did you stop?
Good question, I really don’t remember when I stopped being a “pro”. Maybe around 2002 when I became the team manager for Roces. I never really wanted to stop but you get older and lose sponsors. At that point I just wanted to stay in the industry and being a team manager was a pretty sweet gig.

After your time as a pro skater you were still involved in blading for quite a while. Were you involved in companies as well, or did you focus on the coaching thing? Please tell us some more about that time.
I tried to stay in the industry as long as I could. Roces downsized, I got involved with Able Frames and Hardware and Empire Distribution. Neither of those companies made it and all that were involved lost money…. that sucked. The coaching thing really kept me afloat for a bit and got me skating a lot. I wish I could have focused on it more, but that was really a random thing. I saw Worapoj in China and he said they were gonna start up the program again for an event at the end of the year, but I had to turn it down. I was bummed about that. 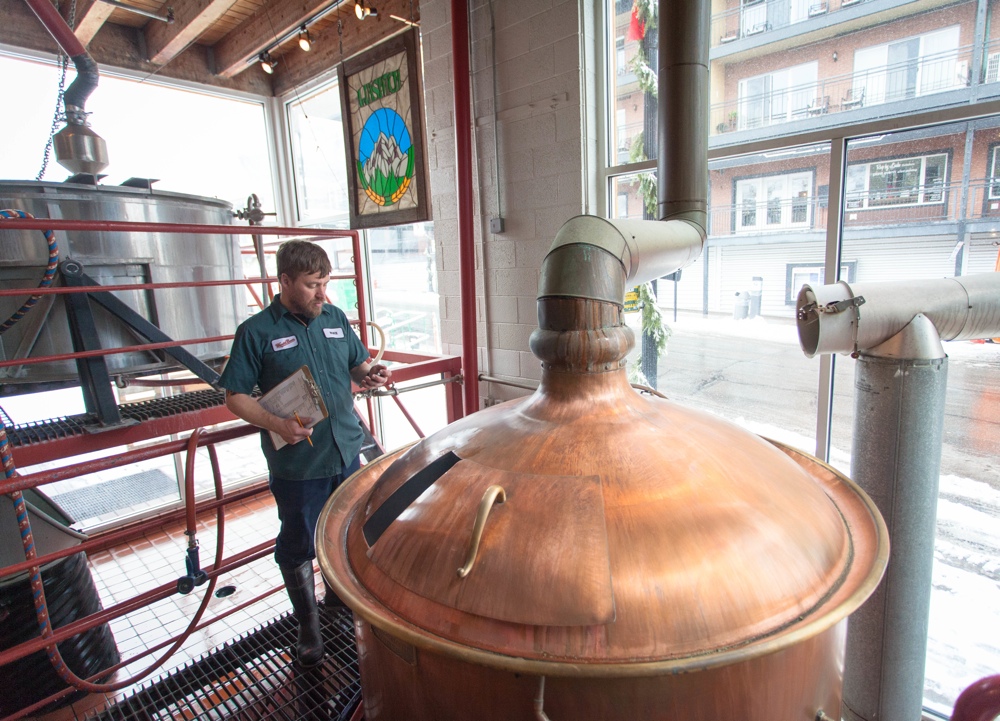 What made you decide to step back completely and focus on a job outside of blading?
There was no way for me to make money in the industry. So at that point I had to make a life choice and find a new career. It sucked and I wasn’t throwing in the towel, I just wanted to have a career and like a lot of people have found out it isn’t easy to make money in blading these days.

You are working as a brewer today. Was that always something you were interested in, or how did that happen?
No not always. I wanted to homebrew and for years I just thought about it and one day I finally bought a kit and did it. From there I just got lucky with the jobs I’ve had in the Brewing/ Distilling industry’s. I was bartending and really didn’t want to do that for a living, so my brother knew a guy at a distillery that was starting up in Utah. I started in the warehouse bottling and shipping. Within a year I moved up to Assistant Distiller. I did that for over two years. It was cool, but I liked beer more and knew that’s where I wanted to be.

I imagine it being really hard to start in a normal job, after being making your living while working in blading for so many years. Was it complicated in the beginning?
Yeah it sucked! I was used to traveling quite a bit and living a somewhat leisure lifestyle. That all stopped really quick and it wasn’t easy to adjust. Still isn’t really. I miss it a lot. This past week reminded me of that. 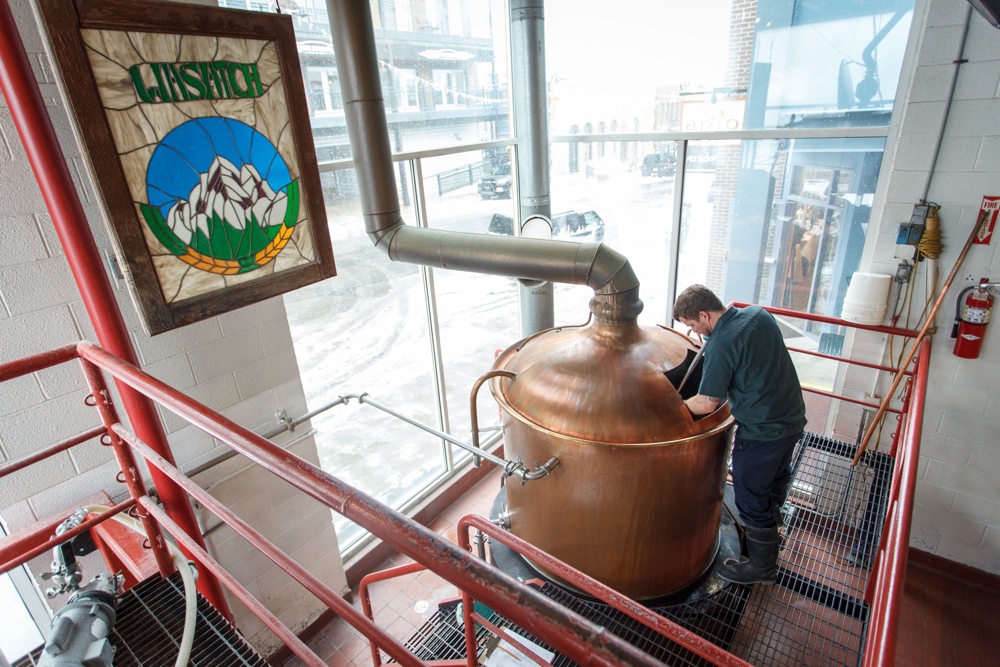 Do you sometimes look back and wish you could do it all again, or is life great like it is right now?
Yeah why not? It was an amazing part of my life. Not to say I have a bad life right now by any means. I still think I’m lucky to have a job, no debt and live a good lifestyle. I’d like to correct some mistakes I made during my blading days… But I really I don’t regret much. I’m trying to get back to that lifestyle… just in the brewing world now.

Do the guys from your job know about your past, that you traveled the world and did all these things?
A few of them do. I don’t bring it up unless they ask. The last brewery I worked at in California one of the guys googled me. It was a little weird, but they were cool about it. One of the guys said he has some old K2’s in his closet. 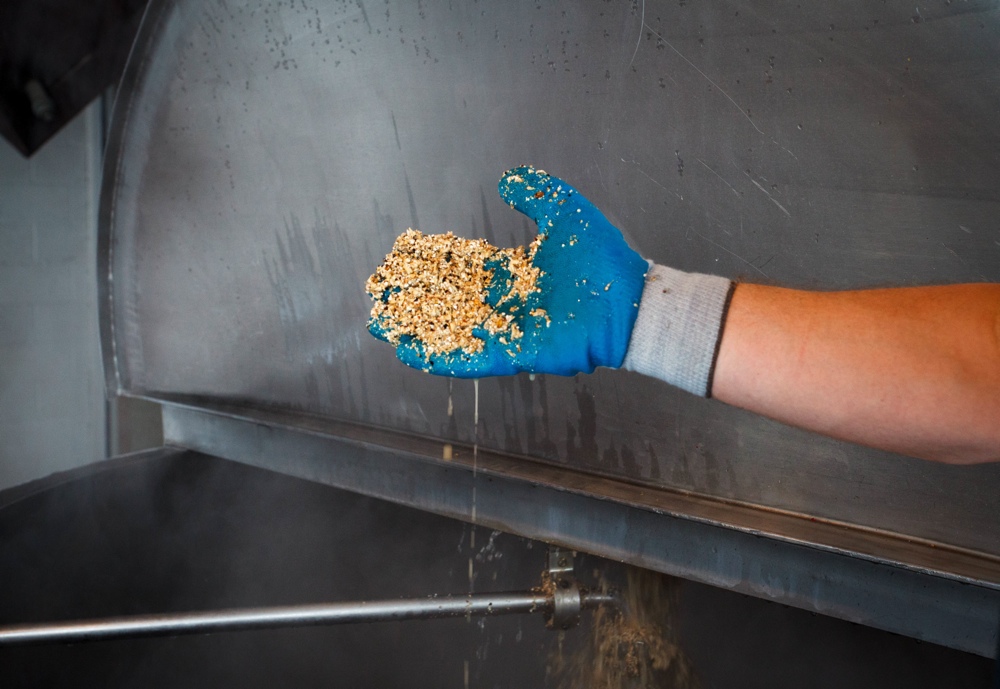 Do you still follow blading, like watching edits or checking out magazines? What do you think about the current state of blading?
I do. Not that much, but with social media its pretty easy to catch little edits here and there. Kids these days are nuts! I know people skate all over the world which is great. People are still progressing and loving blading. So its healthy, small but healthy.

What about blading yourself once in a while?
I try to go out once a week or so. But that doesn’t always happen. Especially in the winter. There are weeks I hit up the park a few times, then months go by sometimes. Life gets in the way of fun. 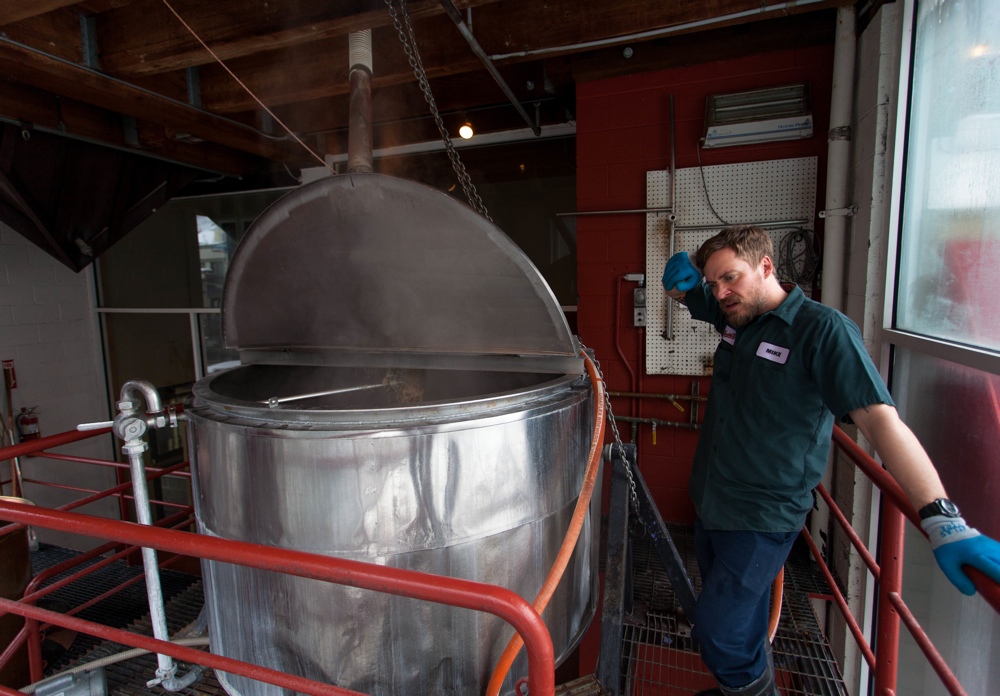 Thanks a lot for the interview Mike. Anything else you would like to touch? Any shout outs?
Big shout outs to Jon Julio and Isaac Oltmans. Valo Skates and Eulogy Wheels have always hooked me up with product and I really appreciate that. My lady Tiffany for being awesome and all you bladers out there that are pushing the envelope. 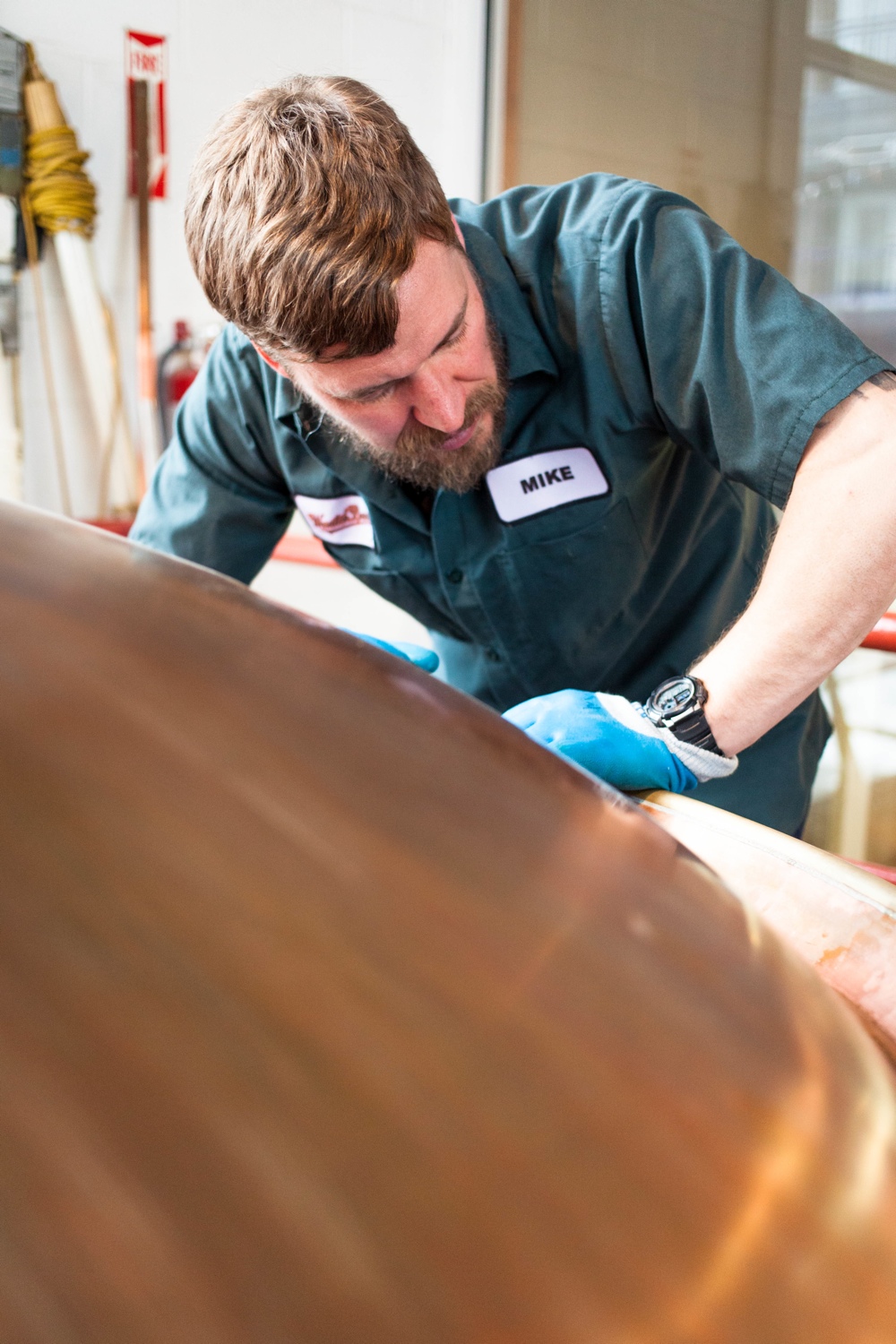 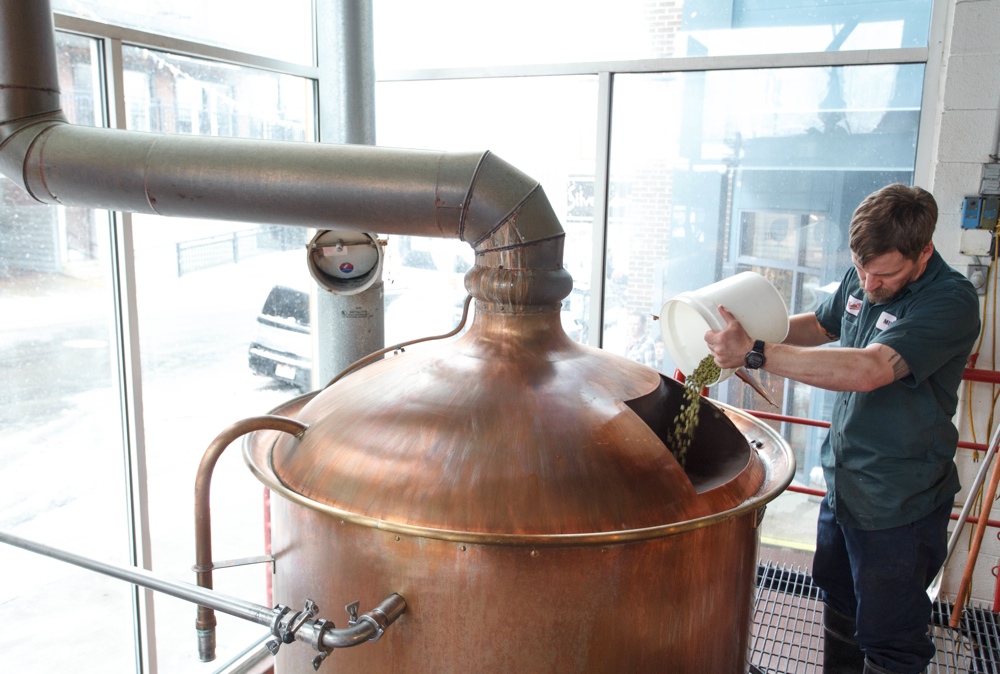 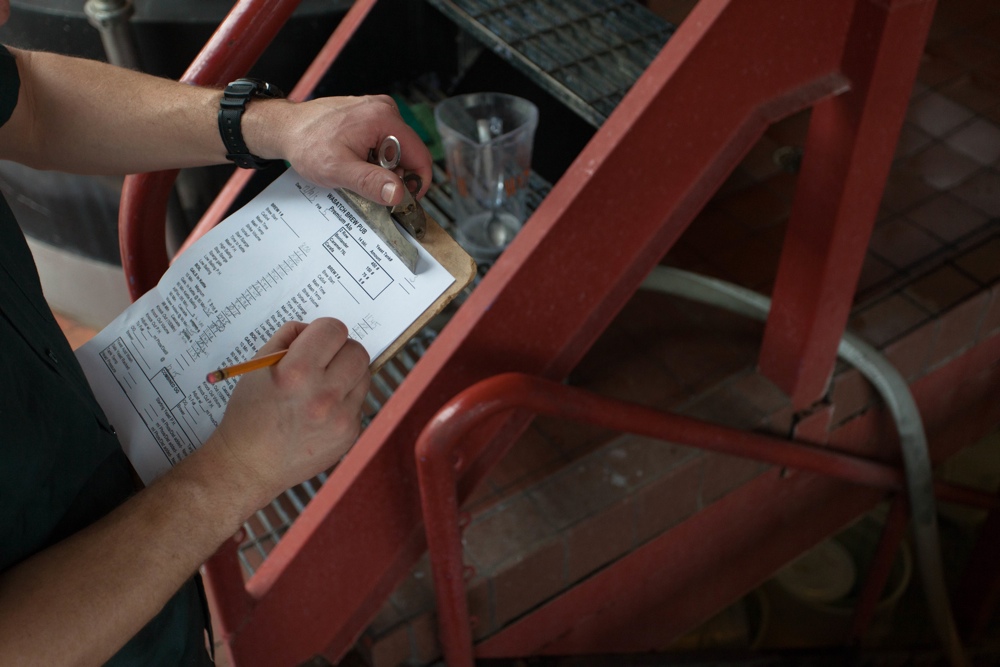 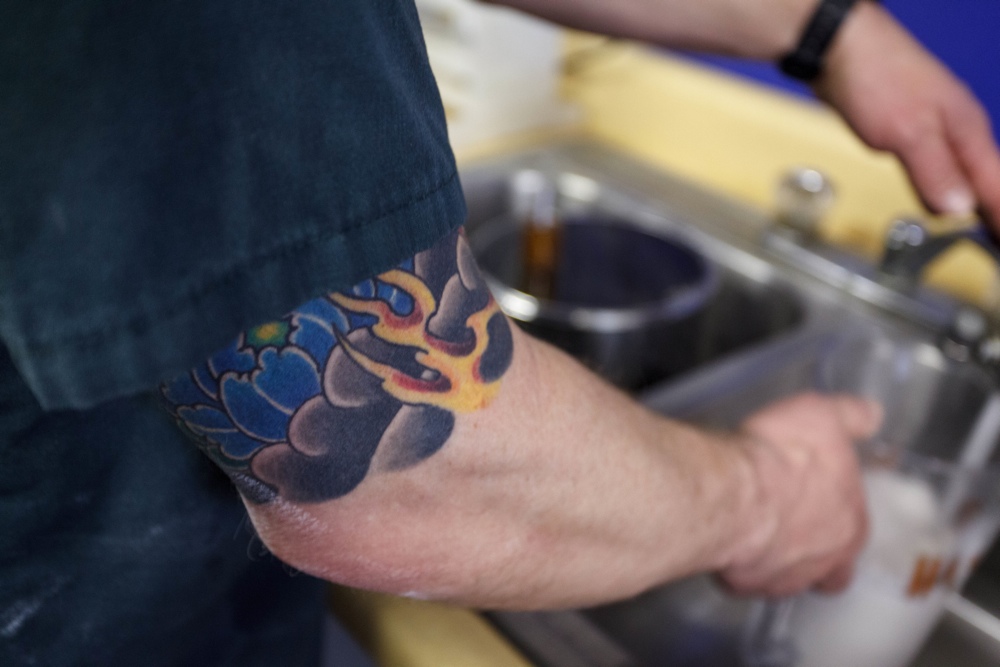 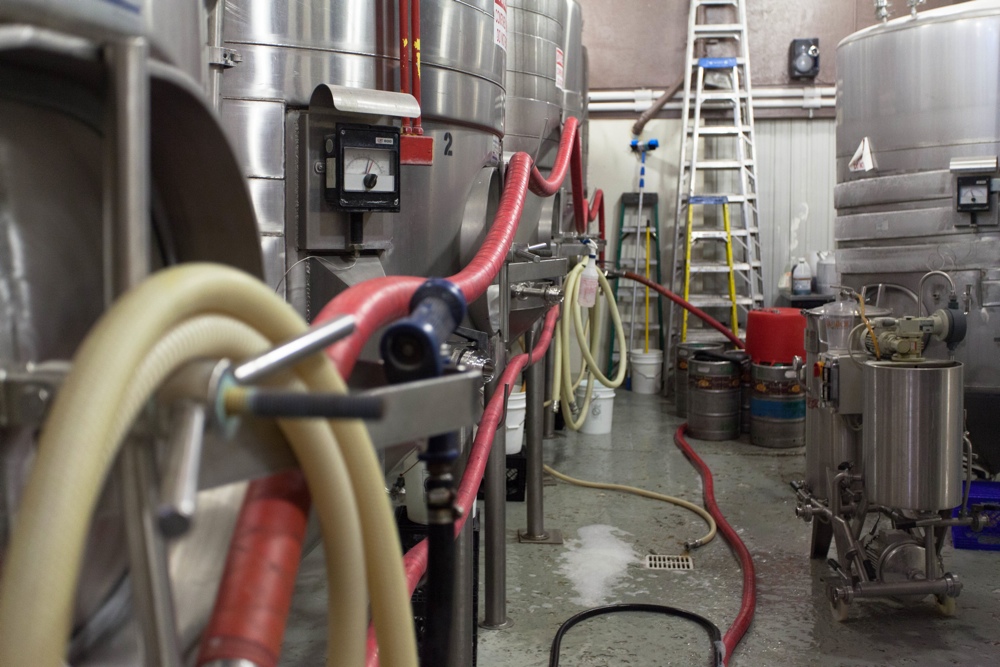 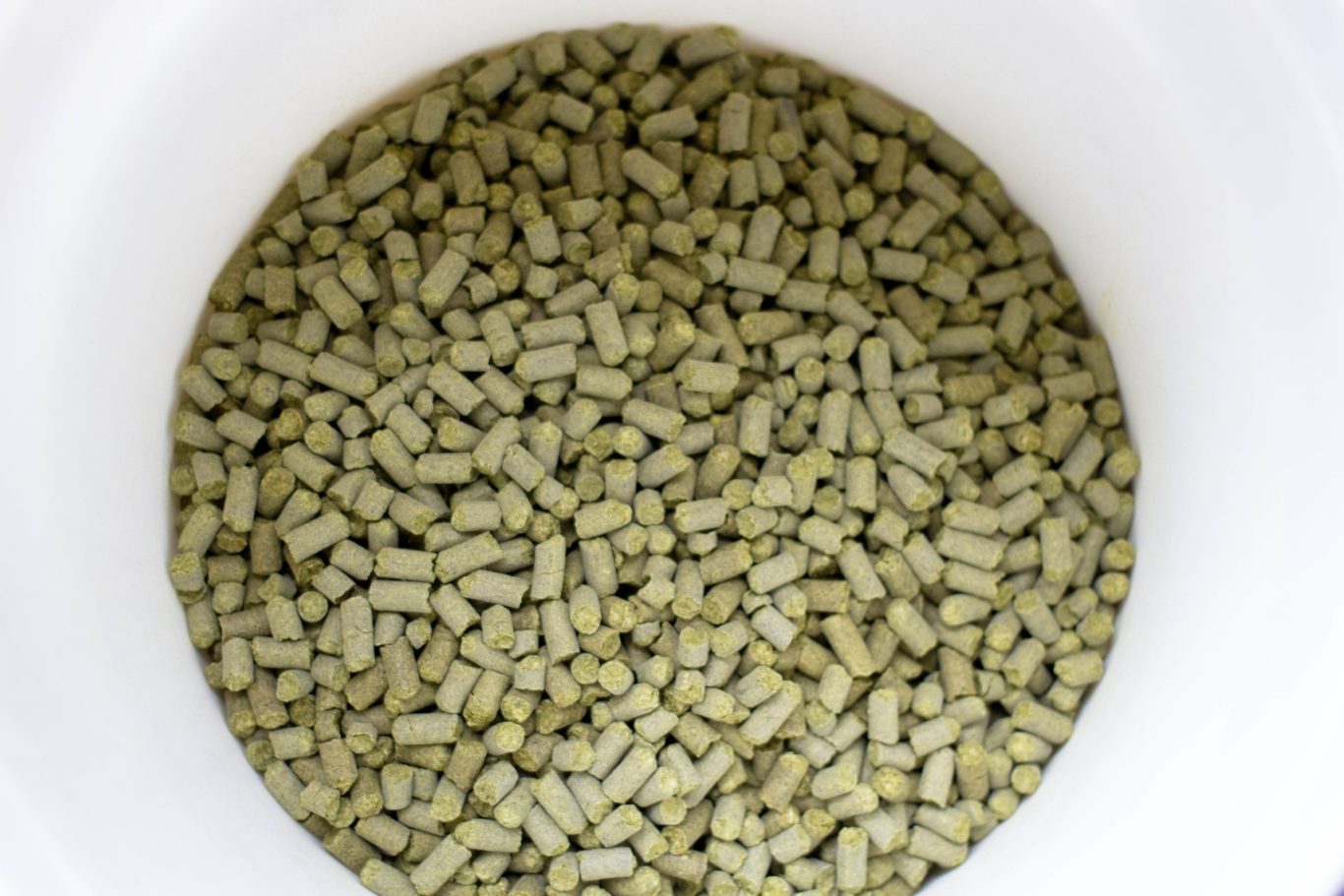 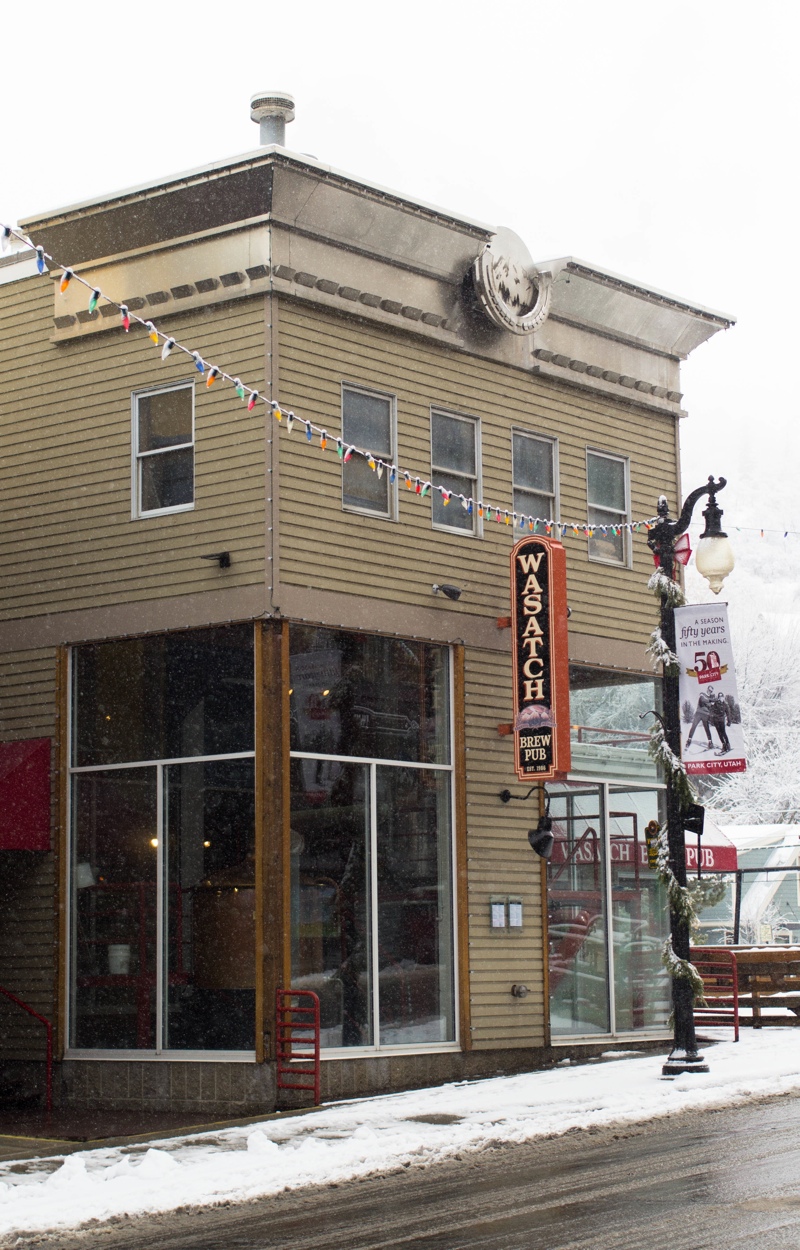 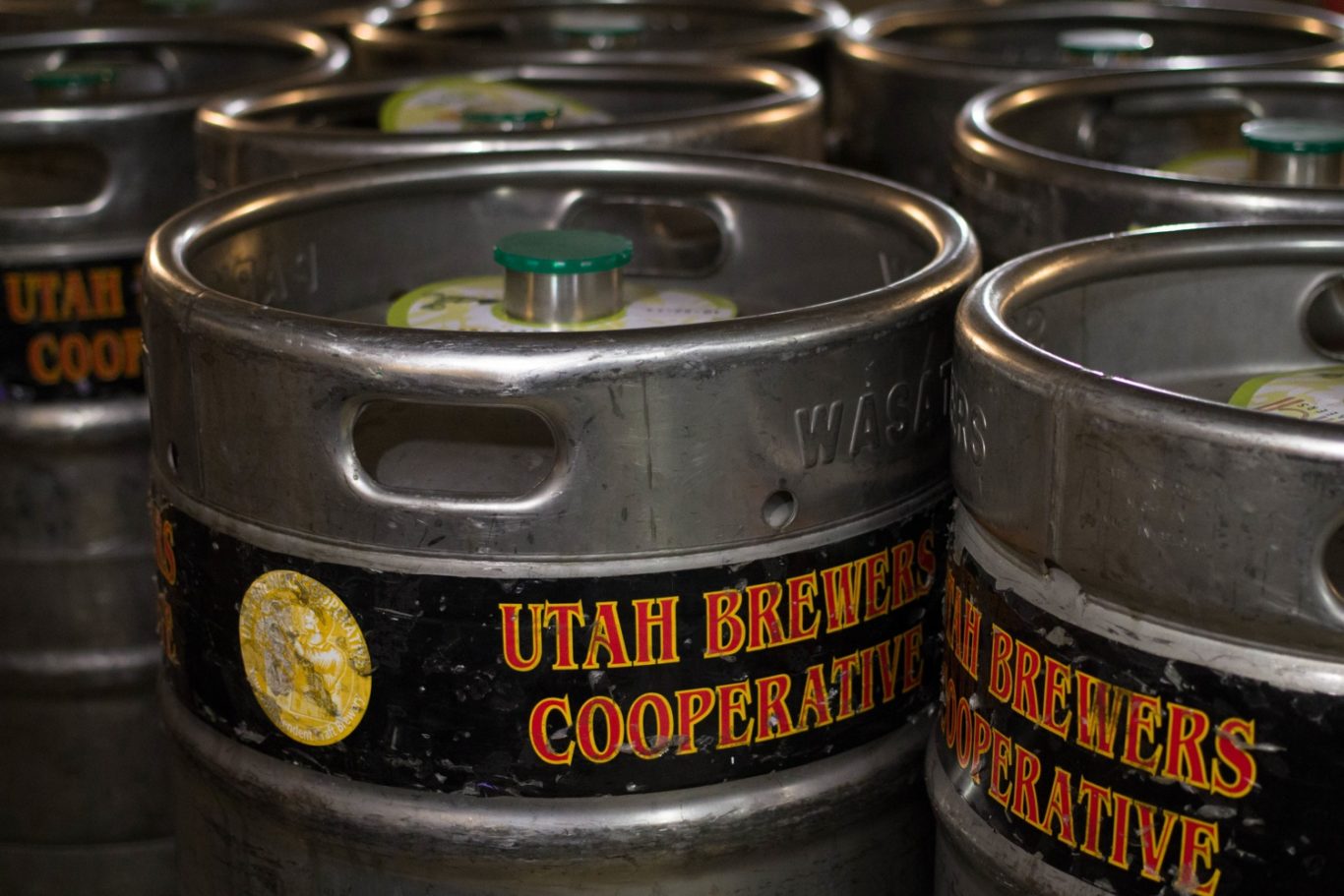