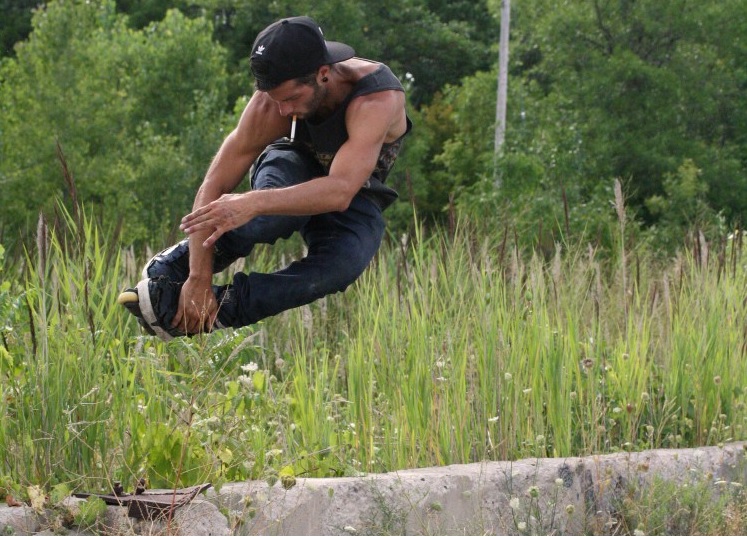 After Logan Smith sent us a link for his Half Empty Half Full video in July this year, Be-Mag reached out to him to ask him for a Wisconsin scene report. It took a while longer than planned… nevermind, though. Small scenes are alike all around the world, tight-knit and always trying to reach out to other bladers. More often than not, they depend on a couple of people dedicated and focused enough to keep things rolling smoothly. It’s the same in Wisconsin. After a couple of people started to get the bearings rolling, things just happened. 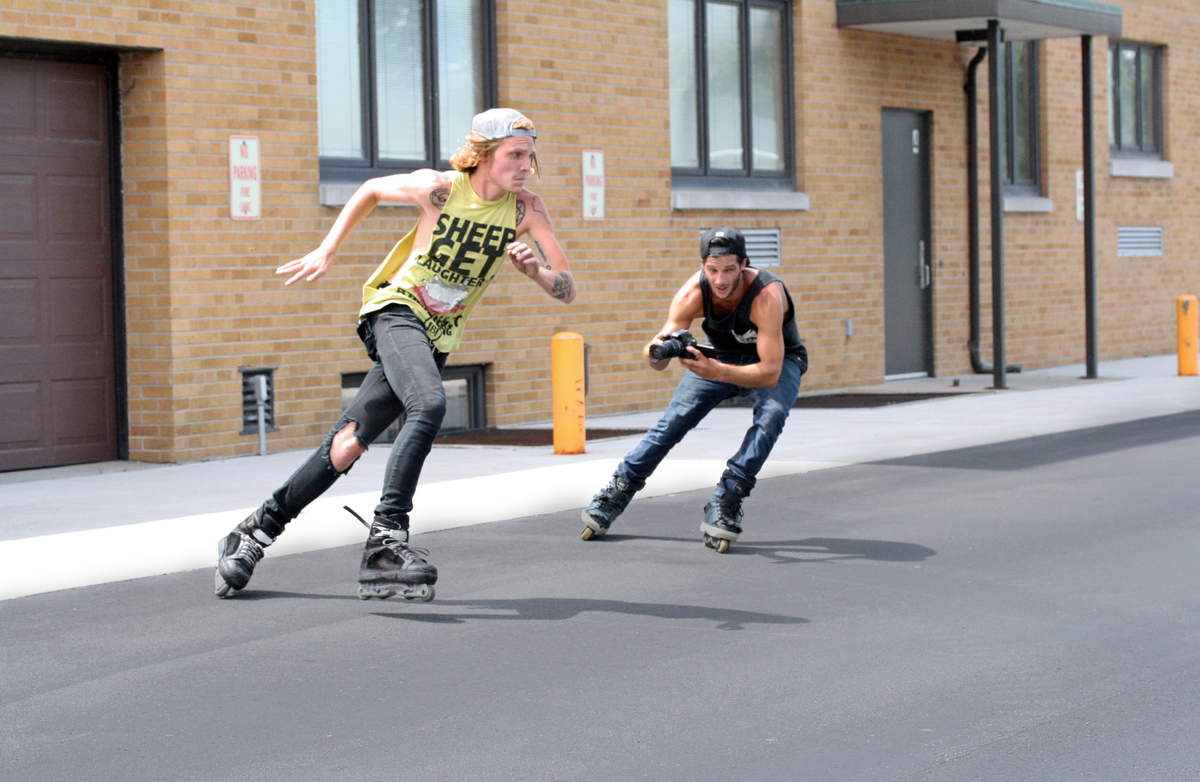 I spent a lot of time trying to figure out what exactly I was going to say in this article. But when it all came down to it I had realized that maybe short and sweet was the way to go. As a man of few words, I’m gonna tell you about Half Empty Half Full and the Wisconsin scene using a few words. I spent most of my youth dreaming of filming a skate video. It wasnt till a couple years out of high school till I started traveling with Blake Herlache to the Twin Cities every weekend to skate and hang with Wilson Robinson and crew. They were working on a video at the time, and it was not their first. Gotta Dolla!?, How Bout Two Cents, Hit n’ Run and watch out for their newest work “Golden Hour”. But really just being around that really fueled me, the vibes, the crew, all of it. That urge to film a video came rushing back and just like that I started persuing the idea. 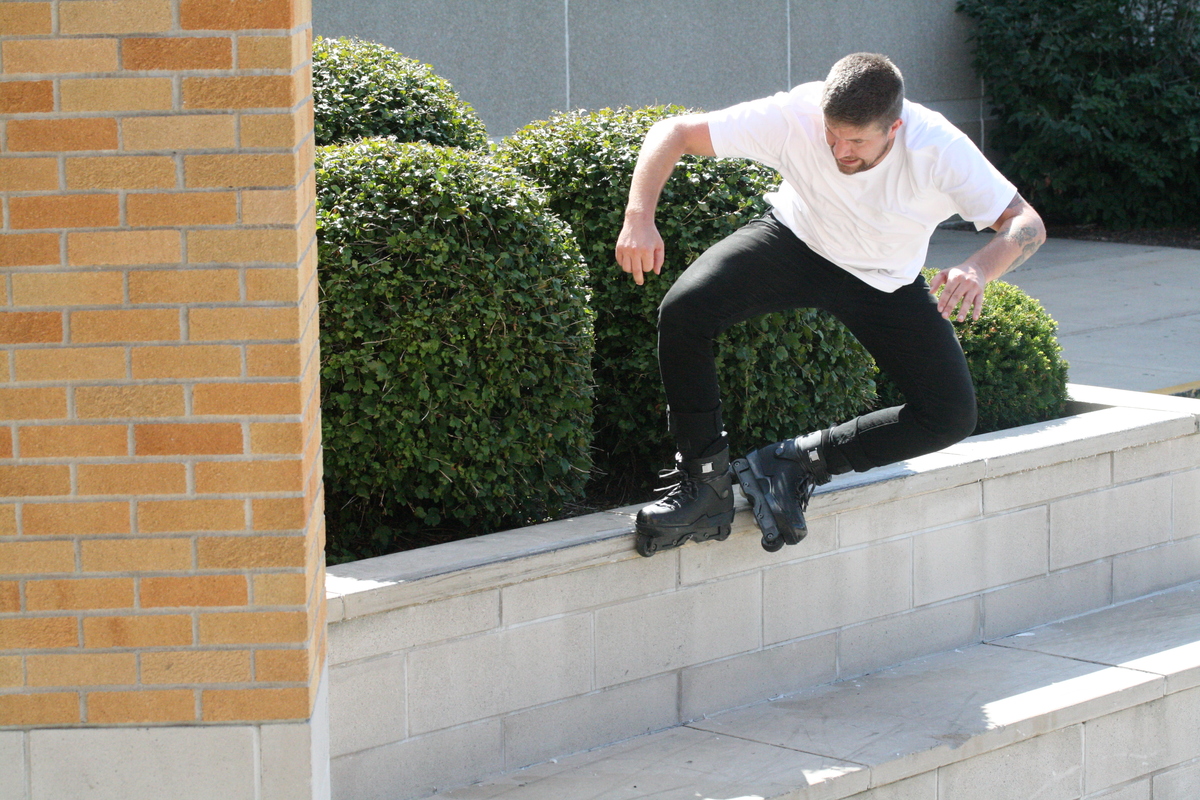 Blake and I were the scene around us, which is a bold statment because we are not the only bladers in Wisconsin, but really we were. We were the only ones attempting to put out content or attempting to do anything to put our names out there at the time. And it was all simply because we enjoy skating. One day I told Blake we are going to film a skate video, I don’t care if me and you are the only people in it, we will make one. He didn’t hate the idea, in fact I remember vividly him replying “well you are my filmer, so if that is what you want lets do it.”

Shortly after that I quit my job that I hated, spent most of my last paycheck on a HD camera and a lens and proceeded to start filming a skate video. On the upside, in the following weeks I made the money back that I spent on the camera filming and editing a music video. Continuing to do so for the next 7 months, focusing on only filming and getting to skate with new people from around the state, I had realized the perfect name for the video. Half Empty Half Full. Whether it be the memory cards, batteries or life itself, it applied. Gaining momentum fast, more and more people wanted to be a part of it and that small “scene” I said Blake and I are, started to grow again. 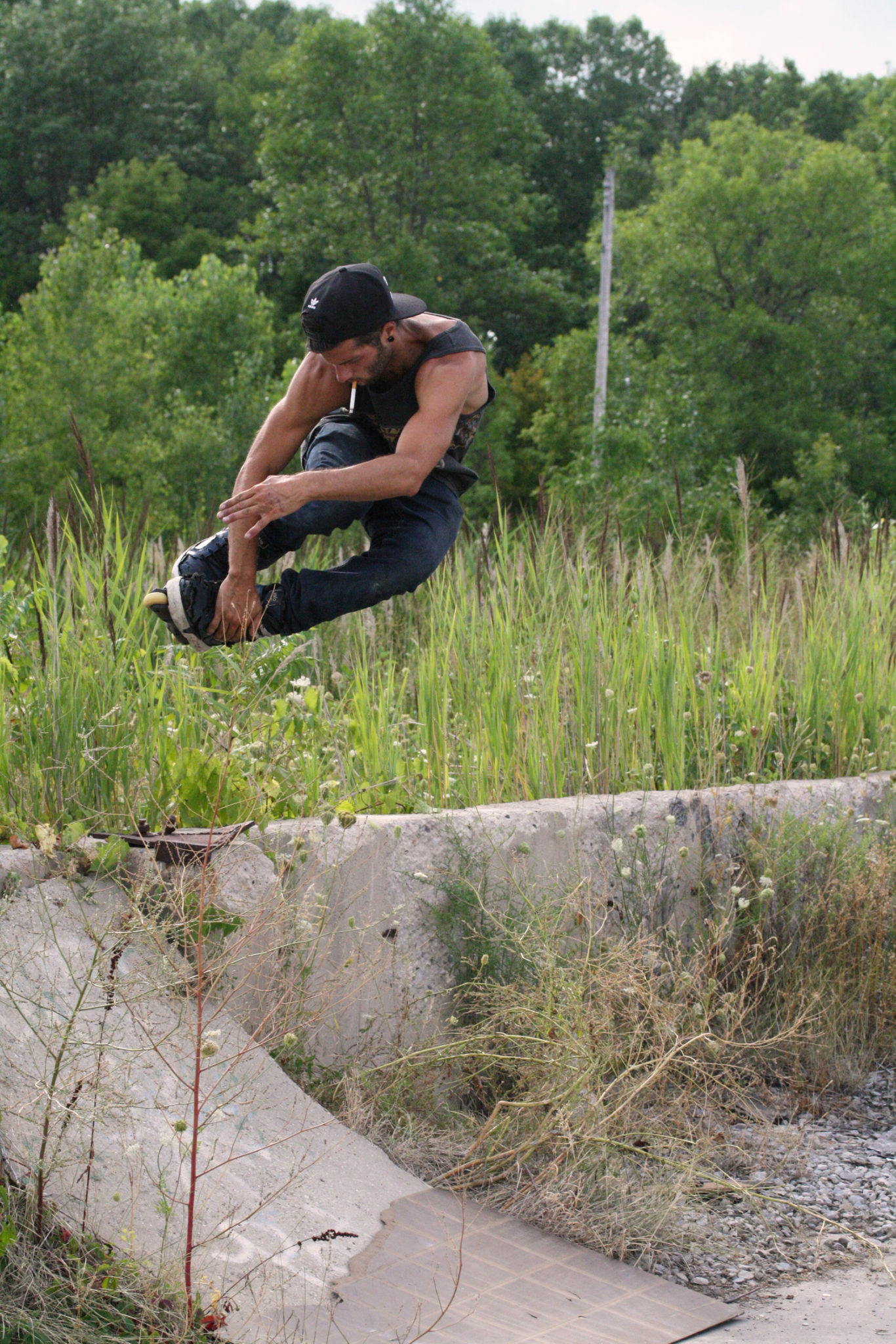 Not in a traditional sense either, in a way where even though we are all spread out from each other, we went out of our way to work together to make this whole thing happen. Justin and Casey are from Sheboygan which is over an hour from us and they worked together to come up with their clips outside of filming with us. Alec Heredia has been going to college in michigan and came up with his clips on his own time and accord. Josh Cardenas came out of hiding and busted his ass in his first section in years. And Aaron Schnieder is the only other person in our town and he really came through in the last few months to get a piece of the action we had going on. More so than not, Half Empty Half Full sparked the fire to let our Wisconsin Blade Scene start to pull itself together once again. And really the rest is history from there. Its not about who can huck the biggest tricks or do the most switch ups, its about coming together to create something simply out of the fact we all love doing it.

As far as the future, we will still be here working on many different things, another video in the works, we got a standard camera and plenty of profiles to be filmed. So stay on the look out. I wanna thank Be-mag for this oppertunity, anyone who read this article and anyone who stuck around and watched all 21 minutes of Half Empty Half Full. 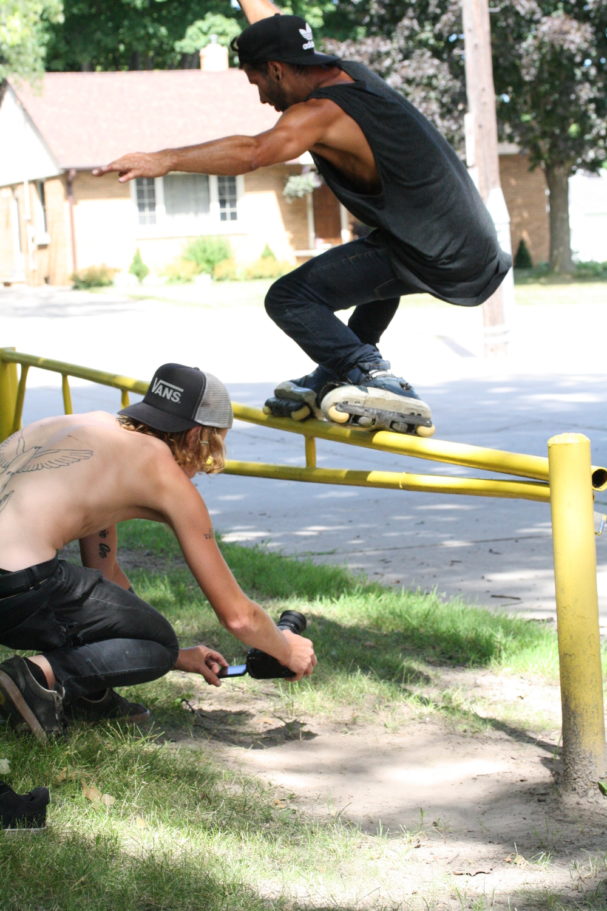 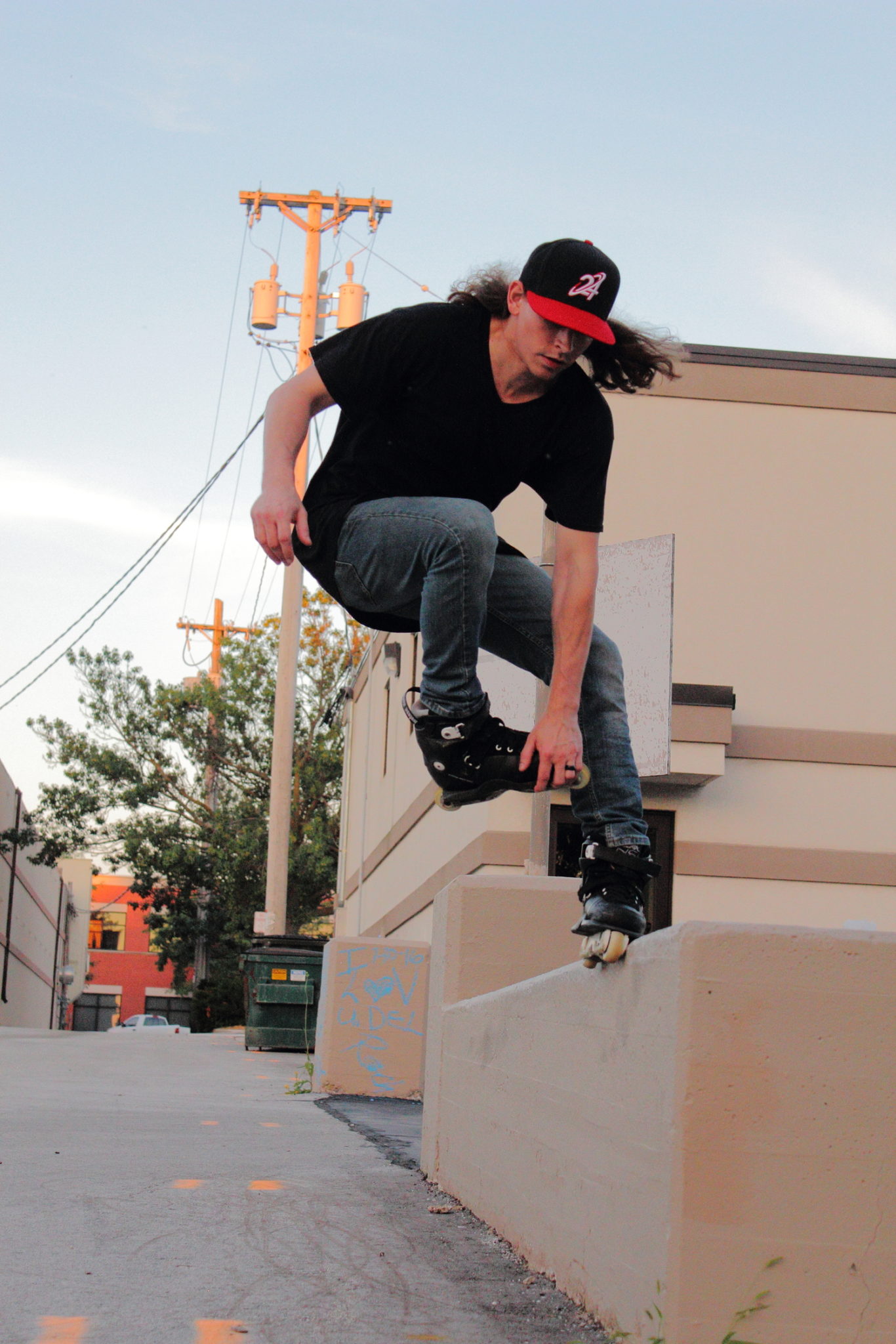 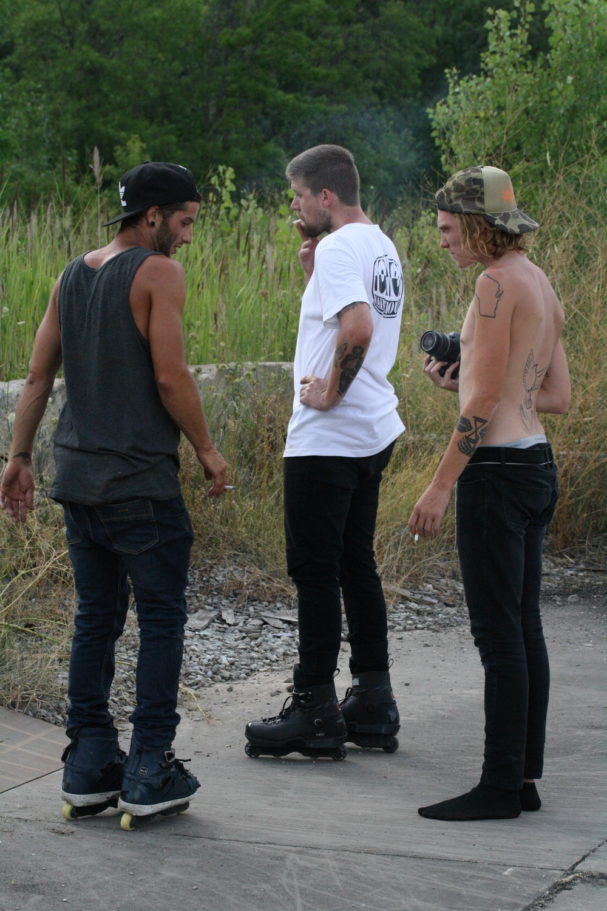 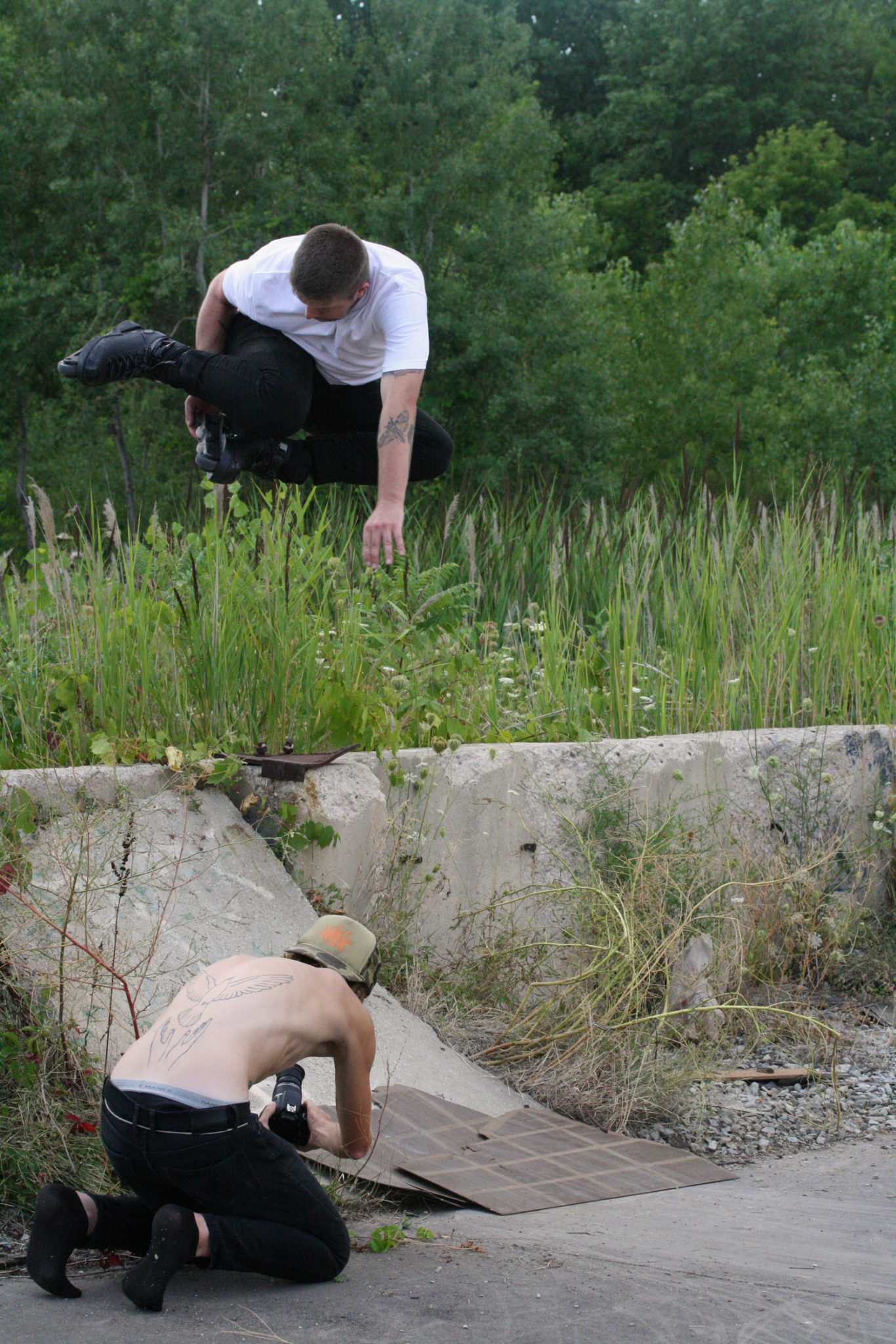 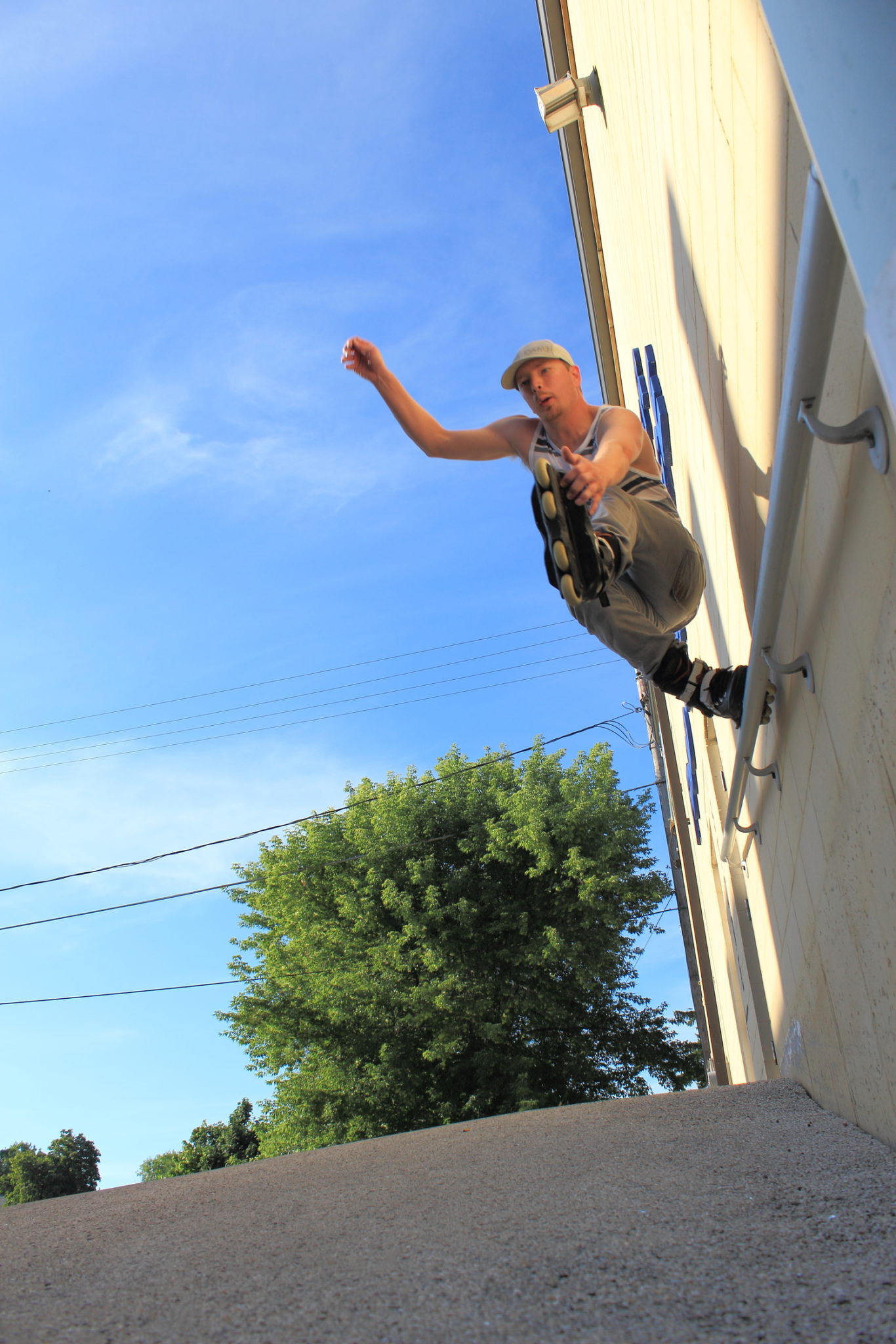