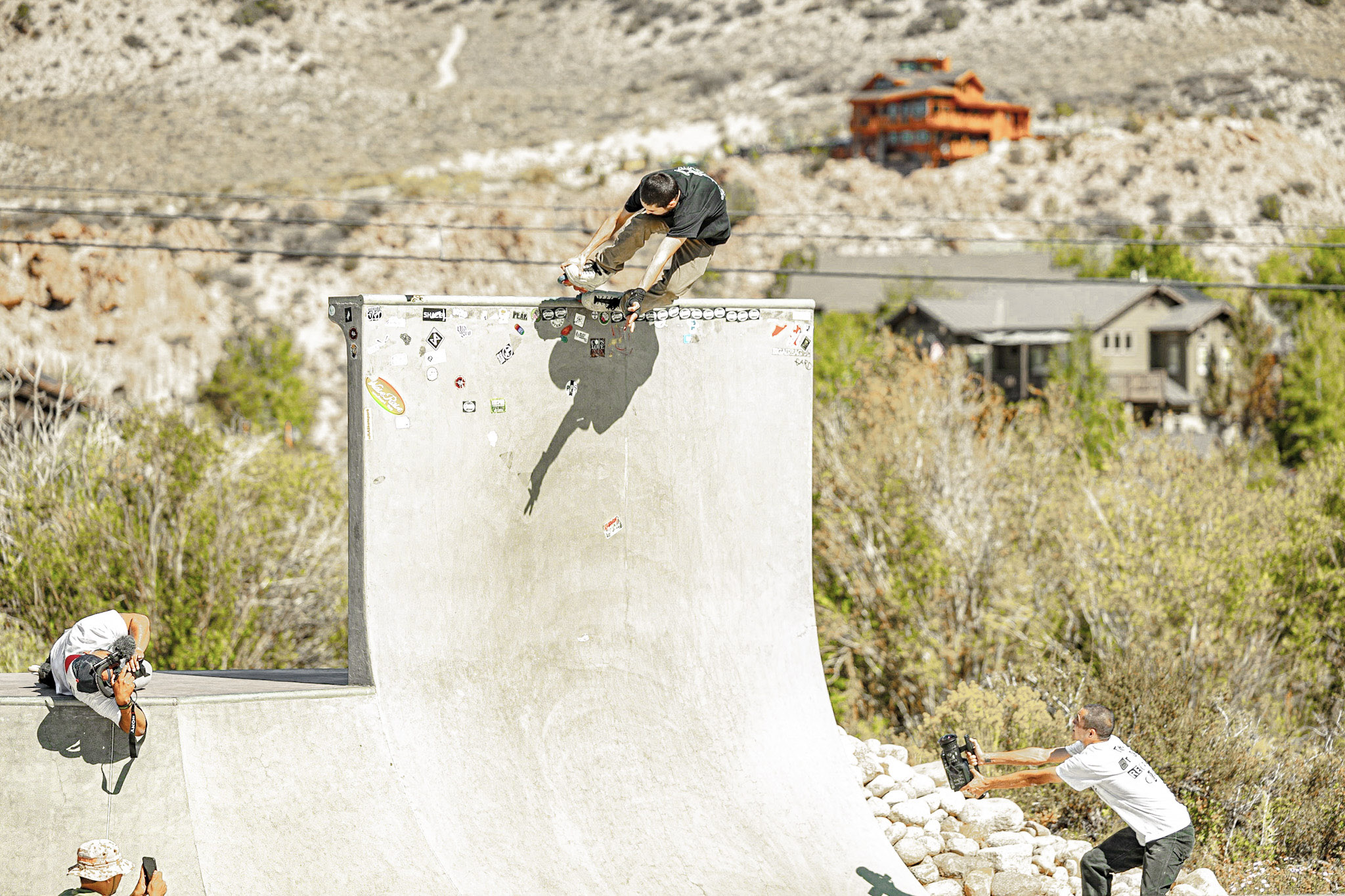 Intution Skate Shop forwarded us photos and write up of their recent trip to Mammoth Camp and Blade. We Thank Matt Mickey, Ted Harder, and Eric Esquivias for sharing this story with us!

There are between 12 and 25 black bears that live within the city limits of Mammoth Lakes, California, which means that they outnumber native rollerbladers on a scale of at least 6 to 1. It’s been a few decades since ski instructors donned spandex to regularly bomb nearby mountain roads in search of summer turns, and at this point it’s common for locals to express more shock at seeing a pair of skates than they would at seeing Yogi out on a hike. But for one weekend a year, that all changes.

40 people and 5 dogs made it up over Labor Day weekend for the 4th annual Mammoth Camp and Blade. In the hopes of getting a handle on California’s raging wildfires, the state shut down all national forests just days before the event. This meant that camping, cliff-jumping, hiking, and more were off-limits, but this did nothing to deter the purpose of the event: skating awesome parks with friends. Add in some hill bombs, hot springs, illegal rope swing action, and tie it all together with Matt Mickey’s mustache, and you’ve got yourself a pretty fine weekend.

From the youth of the Arvinites to the wisdom of those born in the 70’s, both Brother’s and the Crowley Lake parks were sufficiently shredded. The encouragement and camaraderie common at skate events was constant as people learned new tricks, found new lines, and pushed themselves. 4 year vet Chad Tannehill did hard tricks and took hard falls, the Cess crew one-upped their moves from previous years, the kids from Arvin showed they’ve still got it, Isaac became the first person to hammer out a fish on the vert wall, and no one died on the hill bomb (although Johnny tried). All in all it was super good times with friends old and new in a perfect location, and, as usual, we can’t wait for next year. To everyone that came out, thanks for making it such a fantastic event!

Major props to Andrew Scherf for overcoming repeated self-inflicted attacks on his tailbone to film fisheye alongside Ian Matthews, and congratulations to Cody Norman for discovering the absolute lack of cardio required to man the long-lens. Huge thank you to Eric Esquivas (who overcame his injuries from last year’s head first dive into a bush at 25 mph) for once again shooting great photos all weekend long.

Until next time! — Ted Harder