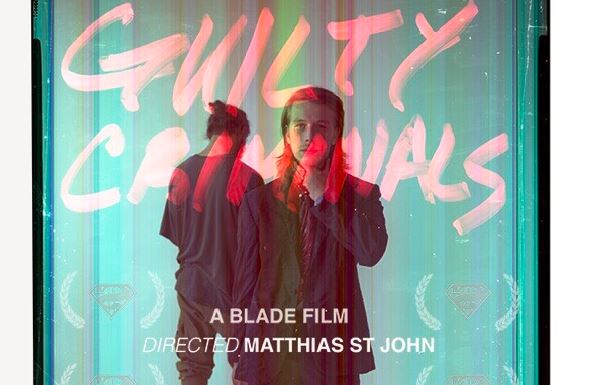 I remember Matthias St. John coming up in Teach Them Well and earlier rollerblading films and everybody who understands rollerblading just knew that this guy has the looks and the skills to make it, whatever that means now. Each and every one of his appearances in the rollerblading media, however seldom, had significance and made us lovers of the less than mainstream trickery want more. So when Matthias got in touch with Be-Mag to talk about his new rollerblading film, I had no idea what he was doing and I sent him a list of fairly generic questions just to get a grip on what the project is about. The initial answers were supposed to be the foundation of a more elaborate interview, but what we got back from Matthias, a barely edited explanation of what is going on was so intriguing that it makes more sense to release it like that, giving you guys insight in the mind of Matthias St. John and his mission in rollerblading. 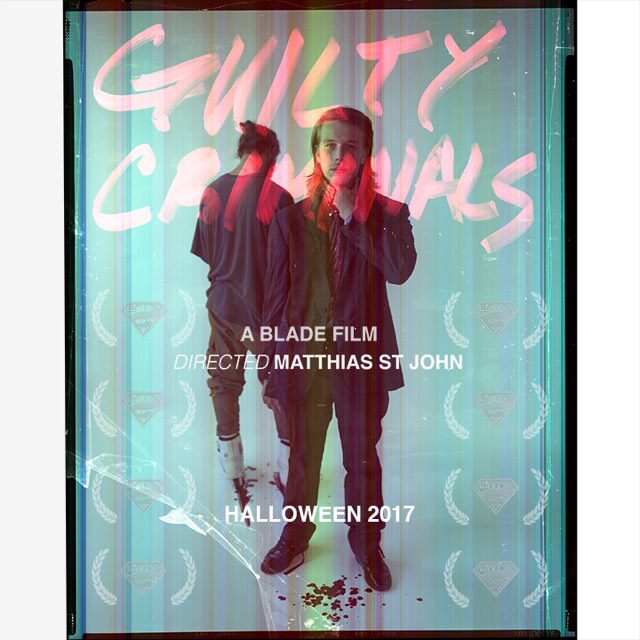 The film is entitled Guilty Criminals and here’s the purchase link.

My inspiration for the film draws slightly from in depth thinking of what you would do if you actually killed someone.
I watched what others have done in films created by Sergio Leone and Quentin Tarantino. I watched slasher films, but found a whole lot of material from The Fugitive and Brink.

I was a little hesitant to create this film fearing it would turn out like the 90’s skate commercials or the security chase scene from Black Market where it simply is not on caliber with the rest of the talent in the film.

There are not many people in the film. Not even very many characters. However I am excited to say the film does briefly star the IG Celebrity and Comedian The Fat Jewish.

The film really is born from blading’s rebellion and acknowledging that it is much like the early state of skateboarding. They started off very popular and then began to dwindle when people saw it as a falling trend. Yet this is when they created some of the most iconic work.

I went to see Tony Hawk speak at the Chicago library about a year ago. I heard him expectedly brag about how rebellious skateboarding was and how ostracized from society it was. Listening to all this I thought congratulations ya good for you. Thanks for the skatepark. Then he made a remark about how skateboarding might not be in the Olympics before blading. Your still searching for ways to kill us. He was upset that we were all grouped into “roller sports” now I don’t want to be known as “roller sports” either but your still coming at blading after you created us into everything you praise about your past. Well the talk ended and he stuck around and took selfie pictures with people I waited till about the end and had my blades with me. He gave kinda odd look like uhhh and then I gave the same one when I placed them on the stage next to him and walked out of frame and said no not with me just the blades. Now he never had to deal with that and of coarse some little poser twit who spent maybe 5 days of his life running around the skatepark trying to kiss a ramp tramp had to yell nooo not with the F_ words.
Thats when I looked Tony Hawk dead in the eyes. He looked at the blades and said you’ve really put some work in those. Yes. He felt. All that hate. Your rebellion to conform, to follow society. He noticed. 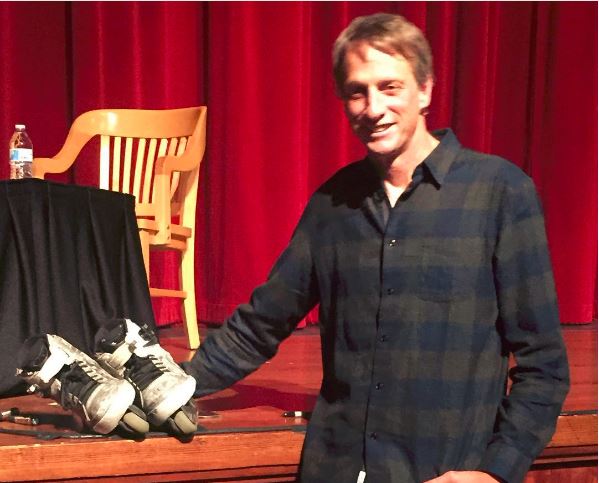 We are you now. Anyways.

Many of my friends who skateboard have noticed this and remark that what rollerblading right now is exactly what it was when they got into skateboarding and see it in a very positive light.
Tony Hawk can hate us. A lot of them hate him.

We should be glad that we don’t do what everyone else does. We stand out more now than ever before.
The public sees blading as just another form of skateboarding. Many think its just a dorky copy.
Hold the fuck up! Why am I bringing this up and how does it tie to this film.

Well we have the chance to change the way its viewed. There are points that made skateboarding great and gave it its edge. It since then has formed into a new commercialized product and really is the end of many skateboarders jokes. The gritty core is there thanks to those who kept pushing their whole lives but the poser masses overshadow a large majority.

Well when I was writing this film I was drawn to the bloody, violent, punk side of skateboarding. Your prob still confused. Death and war are the most violent themes. Well who could die in a blade film?

Who are we always at war with?

Ya. That’s all extreme sports.

I had this idea for a long time and was really worried that skateboarding would be first to produce a harsh intense film of them vs. Security Guards.

What gets better is they did.
Paranoia Park.

A whole hearted skate punk film with all the film awards anyone could ask for. The film is a great commercial success.

Just one thing missing. The harsh intense rebellion. The film looks deep into society, emotions, high school. It’s Indy. It’s way better produced than what I made, but it also has that soft Hollywood edge. That has a lot of power, energy and money put into it but with that I feel it looses touch with the original roots.

Before I left to travel I actually tried to make this film. The first attempt of this film taught me how much more effort it was going to take. I thought I was going to be able to just show my friends a story board script I wrote and just go get clips like a normal blade edit is created.

Wrong. Others understanding of the script is crucial.

The first attempt at creating Guilty Criminals I was real excited that Johnny Two Times and Malcolm Heard were helping me shoot. It was my first time meeting Patrick Ridder who just happened to be in Chicago and was also down to shoot. Some of the best camera men on earth means film will be magic.
Well the compounded stress of getting it all done the day before I left and just showing people a few images I drew up resulted in me getting injured. I left not knowing when I would return to Chicago but had a new goal to see if this film could be created in another city.

While I was traveling the world it was the one thing that I had on my mind. Was there a better place that I could create this film in than Chicago. The layout of the city if very crucial to this film and though Sydney and New York were both great options. The idea was created in Chicago and I had a team I knew could accomplish the high ambitions and demands I was asking for.

After about two years of traveling I returned back to Chicago and met with Johnny Two Times. The footage we created that day was stored on his hard drive and I began to chop up the footage. The result is the final part to my World Blade Film a chronological playlist of 48 edits I created while traveling as well as an introduction to Guilty Criminals.

Enough time had past I searched the Earth for another location I wanted to shoot at. I didn’t have enough money to produce the film but did have enough to put it on credit cards. For the first time in my life I decided to go into debt. If you can’t invest into your dreams maybe they were never worth having to begin with.