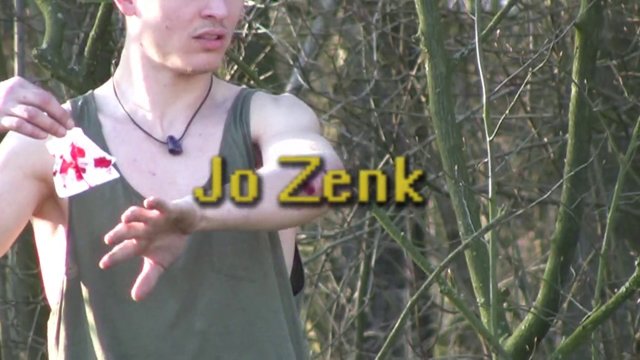 In part II of the series, we meet the man behind MNSTR blade and talk about his crew, his city, and his place in the world. We even dragged out of him some words about himself. Not easy for a guy who’s 100% more interested in the scene he supports.

If Jo Zenk needs introducing to you, I’m sorry. You’ve really been missing out.
Let’s see if we can help you understand what he’s all about.

Right away, Jo is keen to let me know that “home is where I feel good
and that depends on people and events not on location.” Münster is his city,
but it’s not because he sleeps there most nights. It’s hard to imagine
anyone more dedicated to a core of bladers they’ve only been a part of for
a couple of years.

It’s safe to say the scene in Münster has changed since Jo arrived. He won’t say
if he arrived in the middle of a period of change, or kicked it off, since it’s probably
a lot of both. His diehard independent attitude prevented him from getting too
closely involved with the existing Skate Association Germany, but forged another
path, mostly through the snow, with Patrick Smith.

That path led to MNSTR blade,where “its all free, and i want to remain free. No
dependency. Thats what blading is, so other things were not 100% my thing.”
Jo says MNSTR blade isn’t his thing either, he just invented the concept and
encouraged it onwards. Everything is by and for the crew.

Jo keeps up the motivation for street blading to continue, and if you know the guy, you
know it’s easily possible for him to motivate a whole citysworth of bladers or more.

We nearly got sidetracked into a whole discussion about the concept of freedom
in blading (another thing, Jo will discuss things until the world ends. You should
talk to him sometime) but we managed to sneak in a few more “favourites” about
Münster.

Spots: The yellow parking lot rail you’ll recognise from a lot of profiles, and also
the Monster bowl where Rene Hulgreen mactwisted the channel in Hoax3
[citation needed]

Watering holes: FAME. “This ones cool, an old whorehouse as I know…
the interior still looks like that.”

Food stops: “Feuer Frei, a currywurst shop just around the corner of mine..
7 degrees of hotness and all that.. even the berlin dudes said it was awesome.”

So – go to Münster. Blade with the crew, get fucked up beyond what you thought
was possible with the crew, and then jump off bridges in the morning. And remember
that this guy made it what it is today. USD’s newest wonderboy Eugen Enin called
him “one of the most important riders in Germany.” You wouldn’t want to miss that. 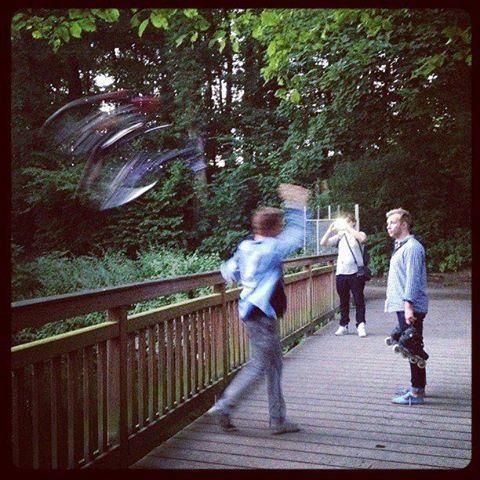