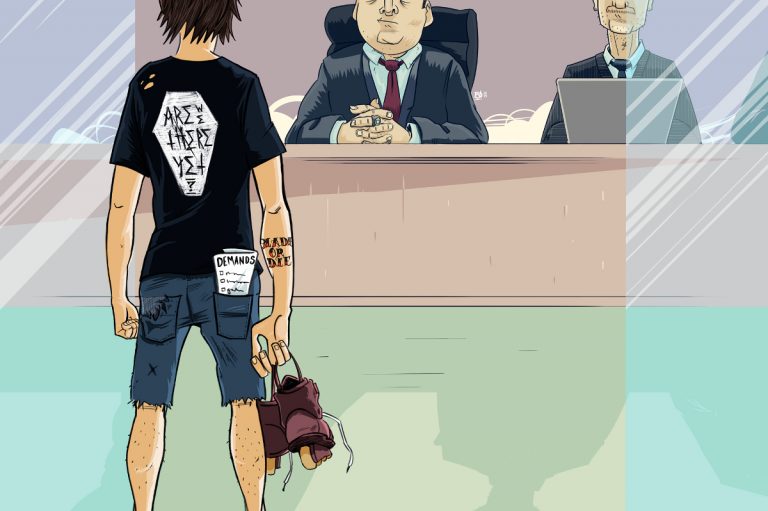 The time has come for me to write something for Be-Mag. A blader myself and Ph.D student in sociology, I feel some of my readings are indeed worth sharing. As I began my thesis 2 years ago, some books and articles piqued my curiosity, because they give the opportunity to think about our passion without looking at our own navel. The project of this column is simply to share some questions and my personal feelings in a short text, though I will certainly leave some questions open and give everyone a chance to find responses on their own.

After reading Thorpe & Wheaton’s ‘Generation X Games’ article published in 2011, which ponders the relation between action sports and the Olympics, and the overall question of incorporation, I have the feeling that I have always heard that blading was better before. Pros were well-paid, brands were actually operated as such, and contests looked crazy. Most of us, at least one time, shared a similar point of view on this crisis. That’s not what I will not do here.

Quite the opposite actually, as the article “Generation X Games” allows us to look at a hypothetical future… When some bladers wear national team clothes in France or Thailand, and inline skating is cited as a possible addition to the 2020 Olympics in Japan, it can be interesting to ask ourselves if transforming street skating into a more classical sport can be the solution to the current slump.

The lastest news indicates that blading will not be part in 2020, but the IOC have selected skateboarding and surfing. That might be some bad news for the pros, but it can also be a chance for us to see what it will happen. The question is, do we want to follow the same path, and if so, is it even possible actually?

In their article, Wheaton and Thorpes don’t mention blading, but they do refer to skiing and snowboarding. They explain that in 2000 the Olympics had lost 50% of their audience in the 18-34 age category. In their opinion the inclusion of snowboarding and skiing helped the insitution recover some of that audience by adding some “fun” to the event—that’s one reason why snowboarder Todd Richards declared that the Olympics needed snowboarding more than snowboarding needed the Olympics.

Could the same be said for blading? Can we keep on criticizing events that bring big media exposure merely because they don’t exactly depict our lifestyle? Maybe not… So, the question might rather be to ask under which conditions integration into the Olympics, the X Games, or any similar event would be beneficial or even possible. We are perceived as the embodiment of —just as sports like snowboarding are—freedom, hedonism and irresponsability (Humphreys, 1997). That’s our biggest strength, but might also be our biggest weakness.

As a sport, do we really have to accept certain changes to become bigger again? Would we accept doping controls? Would we wear team shirts or uniforms? What about fast food sponsors? In the case of skiing and snowboarding, integration to the Olympics was a long and hard process. Now you can find 130 pages reglementations, where everything is planned, from the course’s characteristics, to the judging, planning, music, light, clothing…

If one day blading does become a serious candidate, the process will be the same too. So, we have to move ahead and ask ourselves what blading truly is for us, and what we want it to become? I am still unsure it is actually possible to be part of that kind of event in the future, but the question remains valid if we want to create our own mainstream event too. Not “by bladers for bladers”, but by blader for… Everybody.

We will have to accept some change. Looking back in history, there is no “alternative sport” that did find and maintain a large audience without doing some concessions. That’s why surfing and skateboarding appear to have real and visible contradictions between the lifestyle they claim and the reality of fact for instance.

The debate after Lindsey Jaccobellis’ fall in the Olympics’ snowboard cross final in 2006 is a perfect illustration of what we’re addressing here. Lindsay fell because she wanted to finish the race with a grab, and lost the gold medal for it. She said “I was having fun. Snowboarding is fun. I wanted to share my enthusiasm with the crowd.” However a journalist wrote in the Chicago Tribune “it probably would be a good thing if somebody explained to snowboarders that once they decided to sit at the adults table, they made the tacit agreement to play to win.”

And that raises several questions again: Does blading want to sit at these adults’ table? And what is there really to gain from it? Is there any other adult table where the tacit agreement isn’t to “play to win”? And all things considered… Do we really want to be bigger?

In any case, if you want to participate in a sociological study about incorporation of “extreme” sports in the Olympics you can follow this link. The same well known researchers are behind it, and they continue to work on this topic. Inline skating isn’t listed in the first question but there is a « other » category… That’s an oportunity to give your point of view, and show that blading still belongs in that list of «extreme» sports.