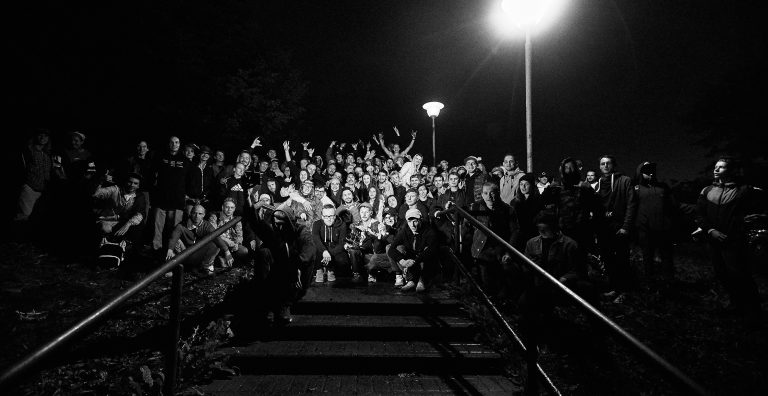 The Russian skate scene has always had a large and diverse skating scene and it is looking to be growing bigger and better than it ever has been with multiple street and park contests going on constantly and new stars popping up regularly. Our Russian correspondent Boris Gaisner is keeping one of the longest running street contests in the world going strong and it is now in it’s historic 18th year! Check out the contest video above and hear what Boris had to say about the Moscow Street Contest XVIII.

On this day, several elements fought us at once. On two spots we’ve had a chance to talk with the police, the employees showed their solidarity with the locals and did not listen to our speech about the annual historical event, which has no analogues in the whole Russian-speaking space.

After that, we encountered rain on the final spot which despite the tradition of using new spots, had to be used again (these rails were already skated in 2014 at “The Devil’s Dozen,” Kirill Galushko won that year). Despite the disgusting conditions, the blader community showed real solidarity, and the light of mobile phones helped riders realize their plans in the rapidly approaching darkness.

Huge respect to all the finalists who showed real mastery of aggressive skating in absolutely any conditions. Congratulations to the winner – Egor Loginov, who turned out to be the strongest already 4 times in the history of the Moscow Street Contest and reasonably took the prize – thousand dollars. Enjoy the cut from Kirill Galushko and don’t forget to share this charged video with your friends!

Also support our comrades at Plastik Magazine on their social media for all of their updates covering the Russian skate scene.