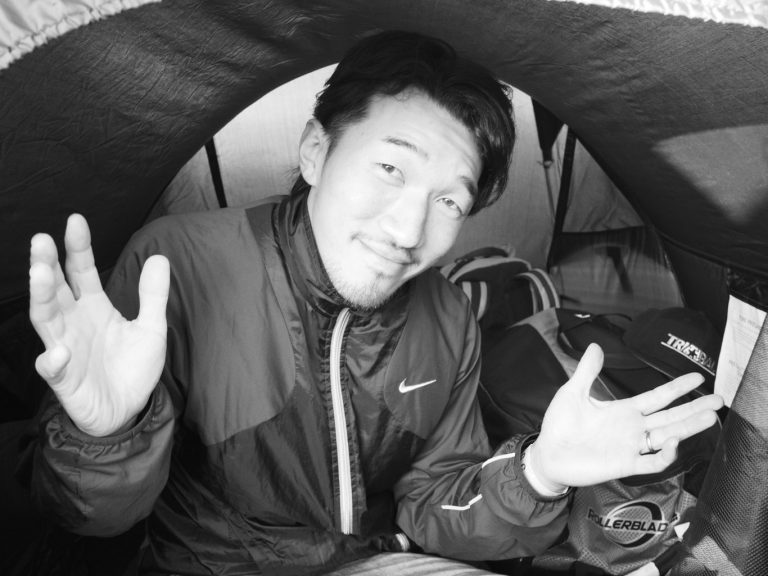 Eito Yasutoko is living a different blading life than most of us. Instead of traveling around for competitions and filming street sections, he is doing demos all over the world, to entertain and inspire people of all ages. After doing shows almost all year long in 2013 he slowed down a bit in 2014 to focus on building up his own event company and his new video channel. We are looking forward to see what he has in store for this year, and excited to be able to take a closer look on his 2014!

My events in 2014:
Of course, I had to visit Roskilde Festival for the halfpipe demo!
I held the “EY CAMP” at G skate park in Kobe, Japan.
Kia World Extreme Games for the vert contest.
I didn’t go to a lot of events in 2014 because I just started my own business and event company in Turkey. I spent a lot of time working on it in order to open in 2014, so I missed several trips…

My tour life in 2014:
It was not a tour but I had a 9 days halfpipe demo in Tokyo, Japan. It was during the “a-nation music week” which is the most popular music festival in Japan. There aren’t many events in my own country so it was a great time for me, and a great event for action sports in Japan.

My edits/parts in 2014:
I just started “EYTV”. This is my own video project on YouTube. I want to show my lifestyle on inline skates, and include other action sports. Check it out, and subscribe to the EYTV Channel: youtube.com/user/EYBroadcast

Any specific moment or experience that stood out in 2014?
I went to Denmark for the demo during the Roskilde festival, and I went to stay in Kristian Uhre’s house with Pavel Mitrenga. They took me sightseeing around Copenhagen. It was good times and lots of fun! But I was the most excited about Rene Hulgreen coming to see me! He is one of my biggest heroes and when I was kid I didn’t know how I could have a conversation with him without speaking english. So I told him how much I respect him, and he gave me a lot of inspiration in skating. I was almost crying because it was such a wonderful time for me! Rene brought a lot of his own beers for us, which we drank together! I will never forget these moments.

What was your worst moment in 2014?
When I got an email from Nitro Circus Live about their Japan Tour in 2015. Nitro Circus asked me “do you want to JUMP?” That was one of the scariest questions ever… And I sent them the wrong answer… I said “YES”! It is coming on February 28th – March 1st in Osaka, and March 7th – 8th in Tokyo Japan.

Best in 2014…
Travel buddy: I usually travel by myself. I like it!
Event: A-nation music week in Tokyo, Japan
Country: Turkey
City: Copenhagen
Online edit: EYTV
Meal: SUSHI!!!
Song: Marathon – Def Tech (Yasutoko Bros are skating in MV)
Girl: My wife
Blader: There are a lot of new bladers in Japan, whom I teach skating to at the G skate park.
Beer: Rene Hulgreen’s original beer
Party: None…

What’s planned for 2015 so far?
I am planning to do some of my own events in Europe and Asian countries. And I hope I can offer some jobs to other pro inline skaters!