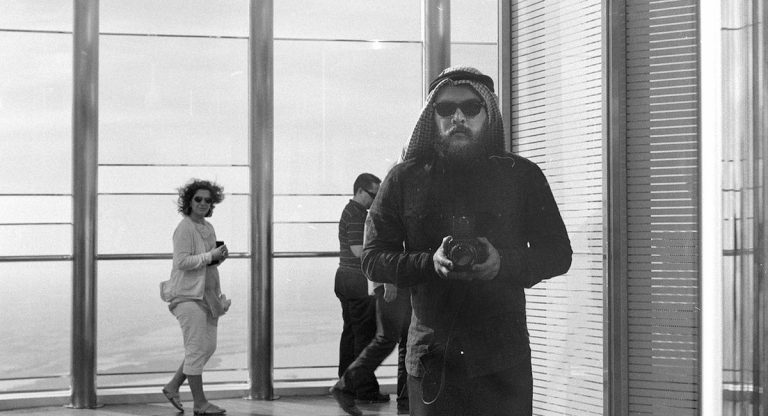 Being a videographer in blading mostly means being dependent on companies in order to be able to travel the world. Only the very best are invited by brands to join a tour and even less guys are fortunate enough to be the in-house filmer for a company and joining most of their trips. Ivan Narez is one of these very talented and lucky guys with a camera. With Valo he traveled the world and realized some outstanding video productions. In 2014 it seemed like he stepped back from filming for only one company and started working on his own project. But that doesn’t mean he travelled less. Quite the opposite, since Ivan went around the globe on his own in order to collect clips and enjoying time on the road. We can’t wait to see the outcome, but for now we will take a look on his 2014 in here.

My events in 2014:
Summerclash
Roskilde
Blading Cup
My moms 50th birthday. I had missed her birthday for about 5 years, I’m a good son though!

What tours/road trips in 2014?
I was able to do the most that I’ve done solo in any of my past years, quite possibly out of any year. I decided to start working on our own video series with Brandon Smith, which is still in the process of being finished. We started the year off in Puerto Rico for the second issue, and a week after Europe I went to Australia to work on issue 3. Issue one was shot in Mexico at the end of 2013.

My edits/parts in 2014:
It was a bit of a mellow year on my end I would say, I did work on a few internet based stuff that was cool, but the main thing I was working on was Hermanos, which has yet to be released.
Online I worked on:
David Sizemore Valo Pro
Erik Bailey 1.5 LE
Teamed up with Vinny and Karsten on the Blading Cup edit
71 with Frank Hernandez– he’s the best
I guess that’s it. But I’m steady brewing and I’m really pumped to release my new deal.

Any broken equipment in 2014:
I scratched the shit out of my 10mm kern at Roskilde because I didn’t put a lens cap on it. That was a bummer. Also someone broke into my car, smashed my window and stole my Hasselblad. Luckily I got to shoot the EU trip on it so there are some good photos from it. All of Adam Johnsons gear was in my vehicle, so I’m glad they didn’t steal everything.
Contax t2 at Jotel Julio.

Any specific moment or experience that stood out in 2014?
I was at Roskilde, during one of the Orange Stage performances. I was surrounded by all my friends, that’s when I realized there is nothing better than this. I am extremely grateful to be where I have been able to go. I would never trade it for anything.

What was your worst day in 2014 and why?
Other than lost equipment, which is just monetary stuff, I can’t really say anything bad worth mentioning. It was a great year.

Is there such thing as the best day in 2014?
Most days were great days.

Best in 2014…
Travel buddy: Mis Hermanos at PorlaPlaya
Event: Summerclash
Country: Puerto Rico and Australia, close calls.
City: Berlin
Online edit: David Sizemore pro. But maybe I’m biased because I made it. But I didn’t film it so I was just as pumped to see everything.. Otherwise I really enjoyed everything AJ made. BFree!
Meal: Camel
Song: Outkast
Girl: My mother or Sandy. I guess my mother would always win though.
Blader: Sizemore
Website: Be-Mag and The Booted
Company: JSF and Haitian
Movie: Shredweiser American Tour
Beer: No more IPAs Maybe the hundred scolding hot beers I drank at Roskilde, which leads me to my next answer.
Party: Roskilde
Trick you’ve filmed: Shall see soon enough…

What’s planned for 2015 so far?
Finish these video magazines; own my time a bit more and more.