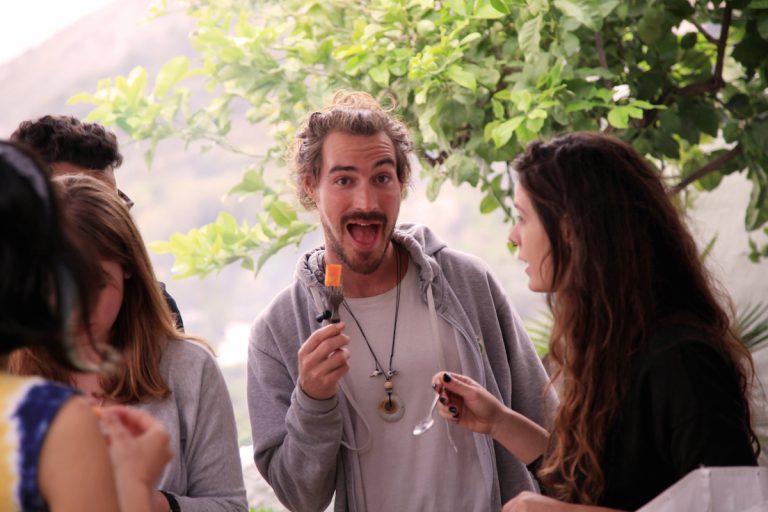 Traveling the world, doing what you love the most is something everyone dreams of. But how about finding that magic place on your way and deciding to just stay there? Well, that’s what Josh Glowicki did this year, settling down in lovely Malaga. For a few months now, he has made the south of Spain his new home, living healthy and making plans for the future. But it wouldn’t be Josh Glowicki we are talking about, if there weren’t many other places and events on his map. Take a look on the 2014 of the friendly man from Texas!

My 2014
…Was epic.
Thank you Jojo Jacobi, Mr. Winterclash for all your years of hard work and not giving up on rollerblading when most people would have. Thank you Be-Mag for the opportunity to share my life with the world. Putting everything down to paper made me realize how much I have done this year… And also how much I should be grateful for. Thank you to the reader for taking 5 minutes to read this… And to all those out there who are still chasing their dreams no matter how many times people tell you that it won’t work or it’s not possible. Rollerblading is in a crazy moment right now, and now more than ever we need to unite and support each other before we destroy ourselves. 2 wheel grindin’ or 4 cruisin’ we’re all enjoying the same sensation of rolling, and the feeling of being free. So I say it’s time to create, not hate. My favorite skater rides Valo and dresses completely different than me… But I don’t talk down on him because he’s different, I love it!
Thank you to the supporters… I would not have been here without my family, my mom and dad, 016 Skate Park, Unit 23 Skate Park, True Spin Skate Park, Sic Urethane, Razors Skates, Ground Control, Hedonskate, Shop Task Calgary, Roller Warehouse, Oak City, This is Soul, Ghetto Games, Shaped by the Cold, Sky Craftsmans Vintage, Carlos Lora, Iroll Peru, Be-Mag, William Andres Lobos Olivares, Latino Undergrind, LugLife, GolperRoller, Gustavo Munoz Cataldo, Malaga Downhillshop, Wheelscene, Intuition Skate shop, Marco Giehm, Marco Sichau, Joey Egan, Hanglosers, The Boqueron Family, Juani, Javi, Andres. Shout out to my people in Texas, love you all and miss you a ton! See you real soon!
Also, my biggest thank you go out to all the people who attended the 2014 Gypsy Rollerblade Camps! Seriously, was such a rad experience to shred with all the next generation super heros, pretty soon, you guys will be running the industry! I’m excited to see you all again this year, you know we’re coming back, and it’s going to be even better! Flight School!!!

Injuries in 2014:
A dislocated finger, and bruised heel.

Any specific moment or experience that stood out in 2014?
Nils, Fred, Josiah, Kato and Mr. Egan in Texas. Fritz’s return to USA… Chick-fil- a and Chipotle in the same day. Outkast show at Roskilde. Almost crashing into Burston at Winterclash. Taking Fred’s boat to our Gypsy Campsite in Eskilstuna. The first night with Rich and Fred in Calgary with the gang. Vigo, Spain with Andres, Pelayo and Aritz, rude boys. Receiving an piece of Amethyst from a dear friend in Latvia. Skating from Banff to Canmore, Canada. Everyday when I’m with MonTre, Fred, Rich, Medina and Quinny. Seeing my dream, the Ground Control BIG frame, go from paper to production. Flight school at 016, Tru Spin & Unit23. Sitting on the nose of Fred’s boat with Carson, trading babe stories. Moderat show at Roskilde. Pitching a tent in Christiana, waking up and immediately bumping into all the boys from the South. Seeing into an old friend in the middle of Copenhagen whom I haven’t seen in 4 years. Seeing epic ruins while driving to coast of Spain. Slumber party in Glasgow. Chilling on Mason’s Roof in Austin, Remz Fam. Noche buena dinner at my house/ Giddies x mas in Málaga. The day I moved into my apartment in Malaga. One of my best friends Michael Pedersen arriving in Malaga.

What was your worst moment in 2014?
When Fred left Malaga… It was weird. He’s my best friend, and we have been traveling so much over these past few years and in what seemed like a flash, he was gone. The human brain is a funny thing eh? Nothing ever ends and goodbyes are the worst, it is more like a see you soon. Actually, I’m heading up to Sweden in a few days to visit! A hero of mine once told me that “it never stops” and he was right. “It only gets better!”

Is there such thing as the best day in 2014?
No, not really. Everyday I’m blessed to put on my skates is a great day. Minus the rainy days, I skate everyday… It doesn’t rain too much here in Malaga.