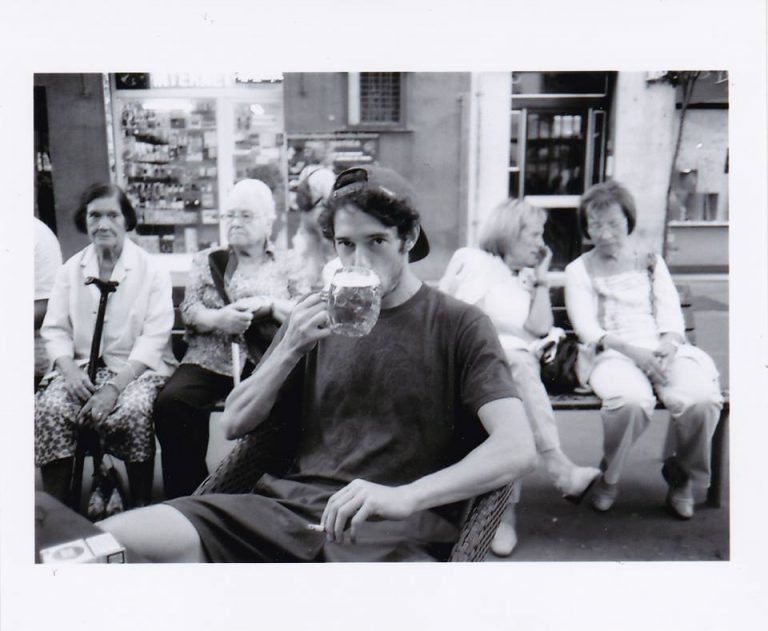 Nick Lomax spent his 2014 living in Barcelona and destroying all that beautiful skate spots with his own USD signature boot. Every once in a while he left the city to compete in events all over Europe, but most of the time he was home, working on edits and turning his 2014 year into his most productive year ever when it comes to video edits. He released and produced more edits than anyone else and every single one was packed with great blading. Sit back, check out what he did in 2014 and take a moment to re-watch all his edits. It’s worth it!

My edits/parts in 2014:
OK, here it goes:
Winter Olympics Edits
2 UC Wheel edits
2 Kizer edits
3 Loco Skates edits
USD Pro skate edit
USD Recovery edit
Wheelscene Edit
3 Powerslide FSK edits
And all the edits I made for the homies (I’m still not sure if there is more)!

Any specific moment or experience that stood out in 2014?
My pro boot from USD was definitely up there. It’s an unreal feeling to be skating your very own skate exactly how you designed it. Every time I skate them is a great moment.

What was your worst moment in 2014?
Probably when I tore ligaments in my ankle at the FISE Andorra for the second time. I collided into our Swain on the ramp the day before the finals. Made myself an over night recovery using ice buckets and boiling water in the bath, reducing the swelling enough to skate the day after. Managed to get a 8th place but during the finals it rained us off, so the contest finished at 1am, and our bus to BCN was at 5am. No sleep and straight onto the next contest, Barcelona Extreme. I don’t think I’ve ever been that tired in my life!

Is there such thing as the best day in 2014?
Sleeping for about two days after my worst day haha!

What’s planned for 2015 so far?
Lots of trips and tours with USD. Less monthly edits, more quality edits. And whatever happens along the way! See you all soon!