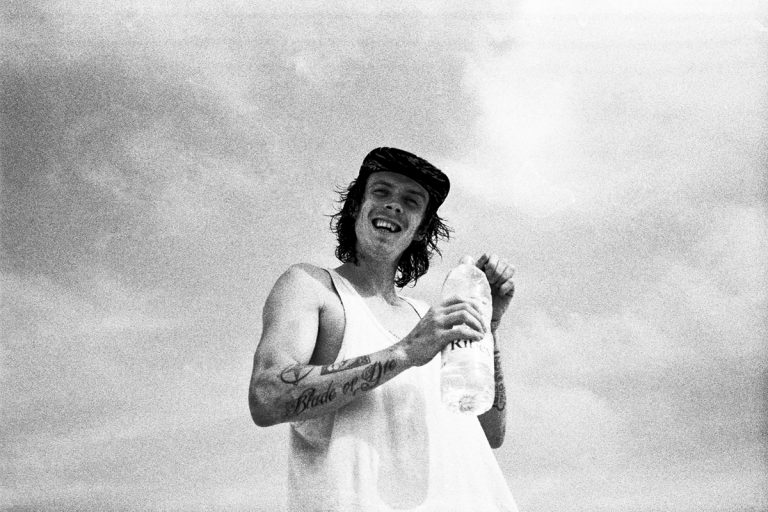 The beautiful thing about Razors pro rider Alex Burston is that no matter how full or empty the glass might be, you are always garanteed to have a great time! All throughout the year, Alex has attended many events, competed in many contests, been part of many tours, and never lost the lovely smile on his face, even when he missed a flight or recently got injured. As his London VOD section is just about to drop, here’s a look at Alex’s 2015: cheers everyone!

My events in 2015:
Wow, it’s hard to remember all that’s happened this year. It’s been a mad one. As usual the year started with a great Winterclash visit which is always a pleasure. I didn’t skate like I wanted but hey, when at Winterclash… I’m not sure what happened from there. I remember Ghetto Games in the summer time which is amazing. Ventspils is such a nice place for the event, beach’s water parks, play parks, skate parks, fake ski mountain, loads to do there. Really fun! The coach journey there was madness. A coach full of bladers and BMXers drinking beer and Hektors… Aaaah, crazy times! Naples’ Trick Track Jam was sick too. A humble little skate park with great friendly people, it was great! NBG real street jam, Berlin real street, all so much fun! First time I have been to Estonia too. The Viljandi Bash in Estonia, lovely place! And the NL competition is always jokes. So many UK heads there this year getting messy and giving us the hype for the jam. Always fun in Strasbourg. Barcelona Extreme is always great, if you haven’t been to Barcelona I advise you all to go!!! It’s hard to remember what else has happened, it’s been hectic. In a good way!

My Tour Life in 2015:
Tour life has been amazing! Touring around Italy in the Razors van with Quinny, Nils, Josh, Aritz, Carson, the main manager Marco Ghiem and our tour guide / general G Json Adriani. This trip started right after the Barcelona Extreme competition, for me with one of the worst hangovers ever… Torture of the mind! Know your limits kids! But this turned out to be one of if not the best trips of my life. Started in Milan, we went through Rome, Naples & Sorrento, which was amazing. Like a bit of paradise. Italy is amazing! Thank you all for that experience. We toured through Germany, we went to Prague. We did a lot of touring around this year. I’m keen for more!!!

My edits/parts in 2015:
I don’t think I have had that many edit parts this year. I did a little Loco edit with all the random footage I gathered of myself. I have had a short wheel promo edit for BHC which I was pretty pleased with. But I have been working on a few things that have not came out yet. I have been in tour edits and joint edits, but not a lot of solo edits this year. But Jon Lee has made me a part which will be being released as a VOD Christmas eve hopefully. 7 and a bit days in LDN.

My Cities in 2015:
PPPPPFFFFFTTTTT, how can I remember all of these! I been to Nürnberg, Berlin, Munich, Riga, Ventspils, Rome, Naples, Sorrento, Milan, Barcelona, Viljandi, Strasbourg aaaaaagggghhh I think that’s it (laugh)! I might have been to your town, if I have and I forgot to mention it, it’s not because I didn’t like it, it’s because I am slightly forgetful at times, this being one of those times.

My Countries in 2015:
Start with England (laugh), Scotland, France, Spain, Italy, Czech Republic, Latvia, Estonia, Germany and I think that’s about it for where I have been this year. So lucky!

My injuries in 2015:
Ahhhhh them injuries. Well it has been OK till towards the end of the year. I had a few minor bumps and bruises which may have took me out for a day or two just to rest. But then all of a sudden while on tour around Germany I started having bad lower back pains. I fought through it and had a session at the Berlin street jam but after that I could hardly walk. Then it got worse and worse. A month or so later I couldn’t even lie down properly. I had pulled a ligament in my lower back which is not good! So I am now currently out for a few months maybe longer, to heal myself and become strong again. Lesson here is… If you have an injury, don’t ignore it, prevention is the best cure and I did NOT prevent it. Now I can’t skate for months which sucks! But it gives me time to edit and exercise. Silver linings around everything. Look after yourselves guys and gals. This body doesn’t last forever.

Any specific moment or experience that stood out?
Sorrento in Italy, that was like a piece of heaven. Jumping off rocks into the ocean, swimming to other rocks to jump off. Treasure cove, beautiful weather and just an amazing place. So nice. I am really looking forward to going again!

What was your worst day in 2015 and why?
It’s hard to say because I always have good times not matter what. Maybe the day I had Burger King for breakfast, that sucked, don’t eat fast food people. It’s not real food!!! No but really though, missing my flight from Milan because I went to the wrong airport was really irritating! Had to spend ALL of my money to get back that day. But even that wasn’t that bad. Life has its ways of teaching us what we need to learn and that was just another little lesson for me. So many lessons… Ahahah, when will I learn? Good times.

Is there such thing as a best day in 2015?
That day in Sorrento is still one of my favourite days. I love all that beautiful shit! 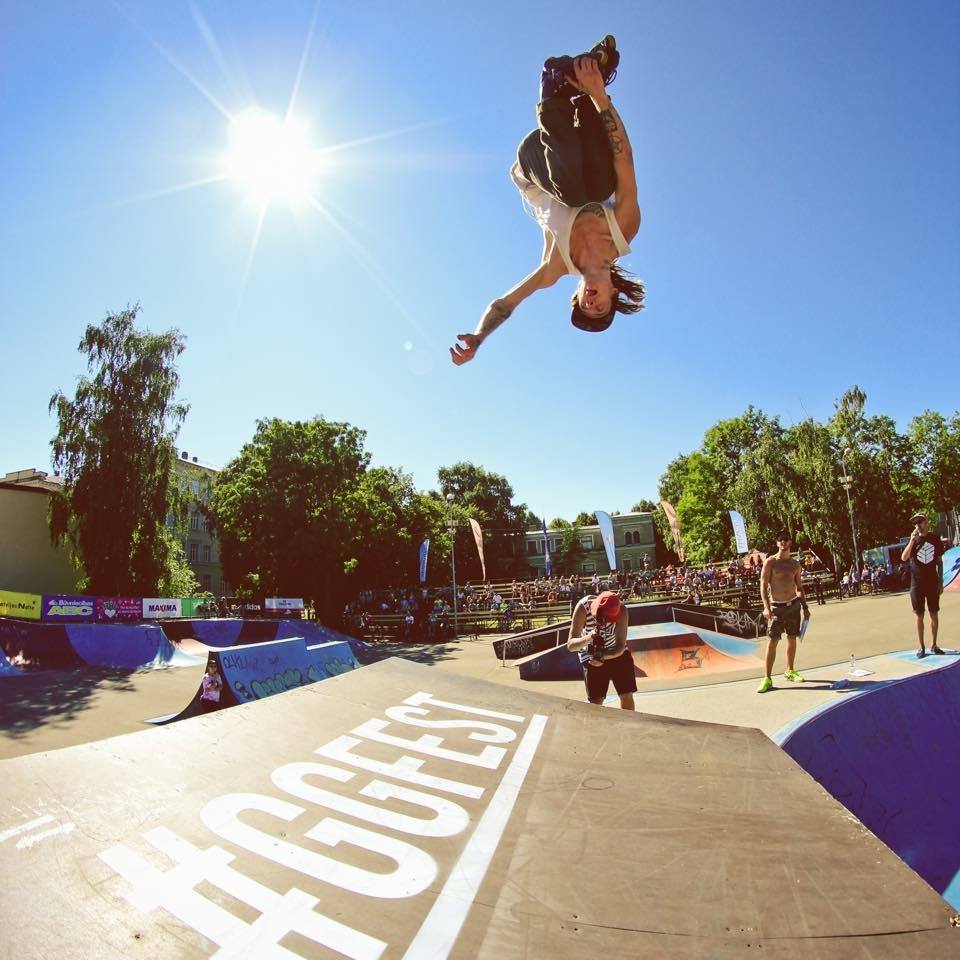 Best in 2015:
Travel Buddy? That’s hard, I can’t really single anyone out. I travelled a lot with Quinny and Mr Atkinson, always fun times!
Event? I did really enjoy the Ghetto Games. Beach, mates and all that.
Country? Italy!
City? Barcelona!
Meal? (laughs) Hard one this. Italian people know how to cook!
Song? I can’t really remember any tunes that stuck out for me. That song that says “when the moon hits your eyes like a big pizza pie that’s amore” or something like that. Lovely stuff!
Girl? Obviously got to be the lovely Lemon cake. She is a saint to deal with some of my shit! THANK YOU LAURA!
Website? WWW.BHCWHEELS.COM
Company? BHC
Movie? Waking life, Animatrix, Dragonball and the new Turtles movie. Even though Megan Fox is cheesy as fuck in it, the turtles still rule!
Beer? PILSNER!!! German peeps know how to make beer!!!
Party? Can’t remember ahah! Parties can be dangerous for me. I am chilling now. (laugh) Probably the party Marco put on after the NBG street jam at the warehouse. I was OK that night and the party was great!
Tricks you’ve filmed? PFFFT not sure. Probably the ones I filmed with Jon Lee. Got one where the rail kept on breaking but I still did it. That was hard, but it’s not out yet so I am not telling ahah!
Story? Not sure, it’s hard to think of a story that I can tell without making myself sound like an idiot (laugh)!

Bestest in 2015:
Blader? Good one. Dunno man. I like what Mr Atkinson is doing these days. Good stuff! Gotta love everyone though!
Up-and-comer? Dunnooooo. Them London youth have been smashing it. Be good to see what them lot get up to in the next years. Matty Vella too. Bustin out.
Bladie? My mum.
Video? Hard decisions man. Big Apple Blade. Even though It was done in 2014, I didn’t see it till 2015 haha. Good stuff.
Profile? Chauncey Jenkins
Videographer? The man Jon Lee and Sharman too.
Writer? Freddy!
Photographer? Kola AND Cooper fusion. Coola (laugh)!
Visual artist? Tom Sharman is the magician.

What’s planned for 2016 so far?
Well I have been having back problems so I decided to get myself a one way ticket to Spain so that I can relax and heal myself up. I took the piss out of my body and it has told me off! Lesson learnt, time to go get strong again! Stronger than ever… Wheyyyyy (laugh)!