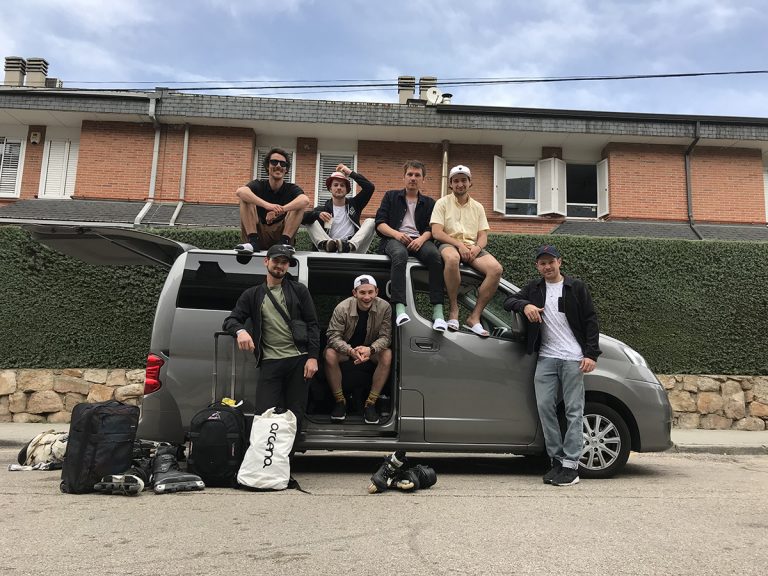 Ola Be-Mag! We went to Madrid last week with the Nomades crew for a four day trip to relax and skate for a Nomades edit. Warren organized that trip as usual and asked me to write a few words (in English) about it. So you gonna ask me what happened in Madrid, and my answer is… good question. 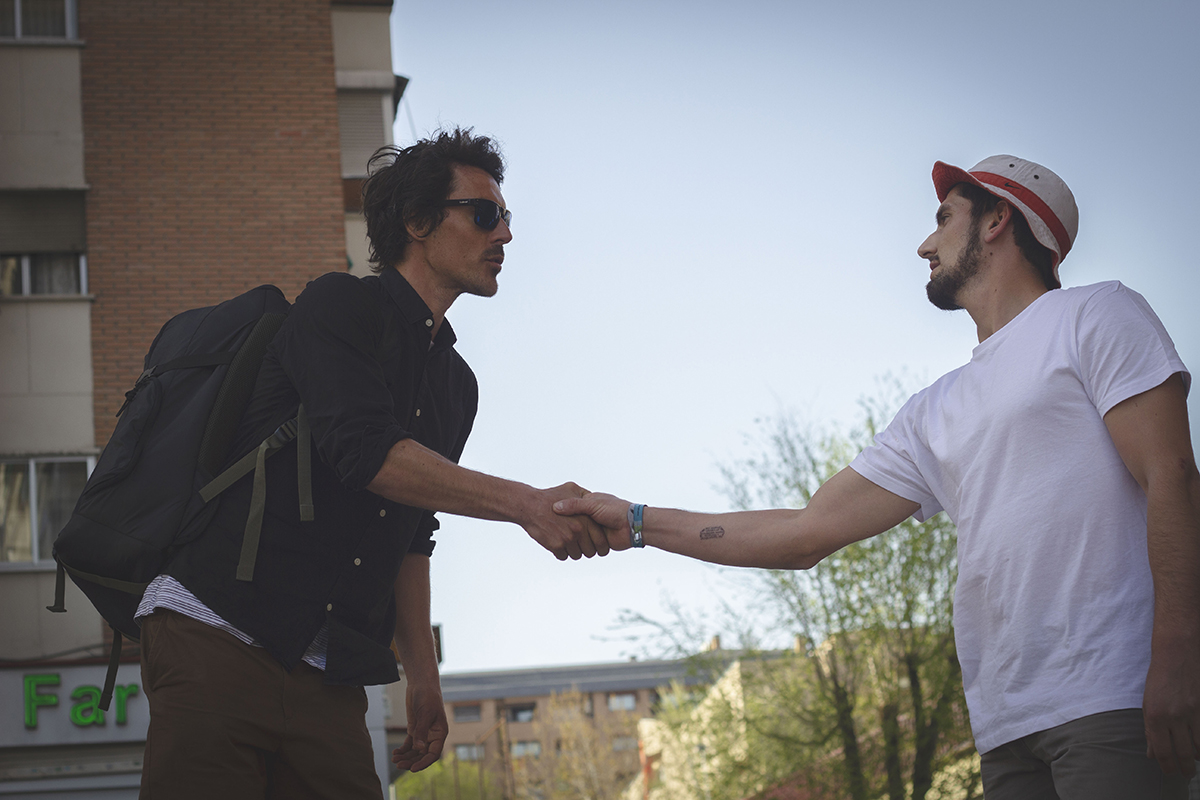 As far as I remember I took a train to Paris to meet the guys on Thursday night, and as we had a very early flight to Madrid we decided to stay up until the flight and sleep on the plane, which was a good and a bad idea at the same time! First day in Madrid we recovered from the night before in Paris. We found a nice skate plaza around our area where we enjoyed some ledges and recovered from our hangovers.
After a few hours, the session was in full effect, with hammers dropping all around. Pottier kicked a 450 top soul first try on that disaster spot and Victor Daum killed it too. 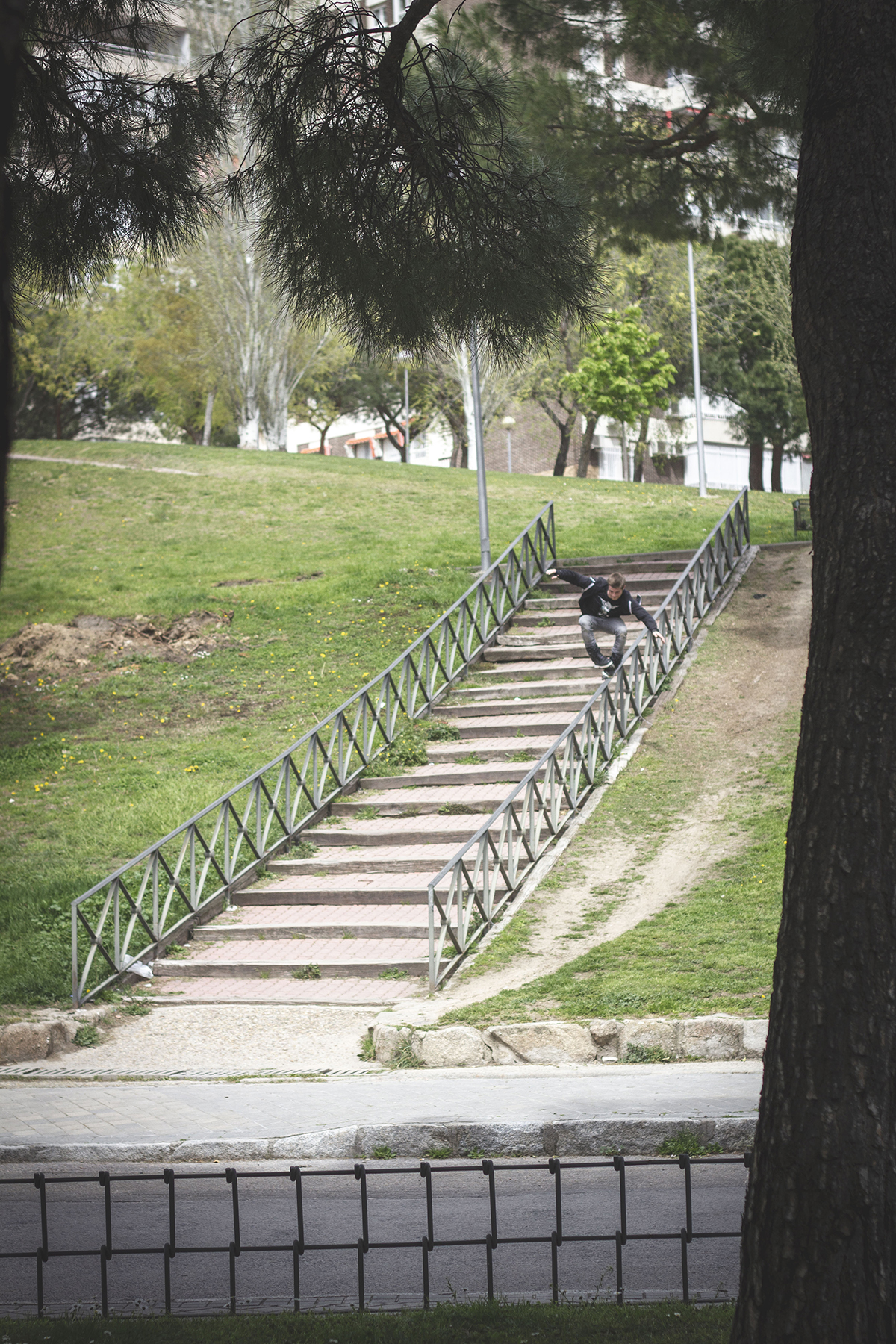 A chill dinner in a local restaurant and few beers later we were all ready to go sleep!! The second and third days were busy with skating, we had the pleasure to meet the local Madrid skaters at a nice street park, were we all enjoyed lines together before hitting the streets again. After two days of skating, we all went to a music festival in the city to close this two days of labour. 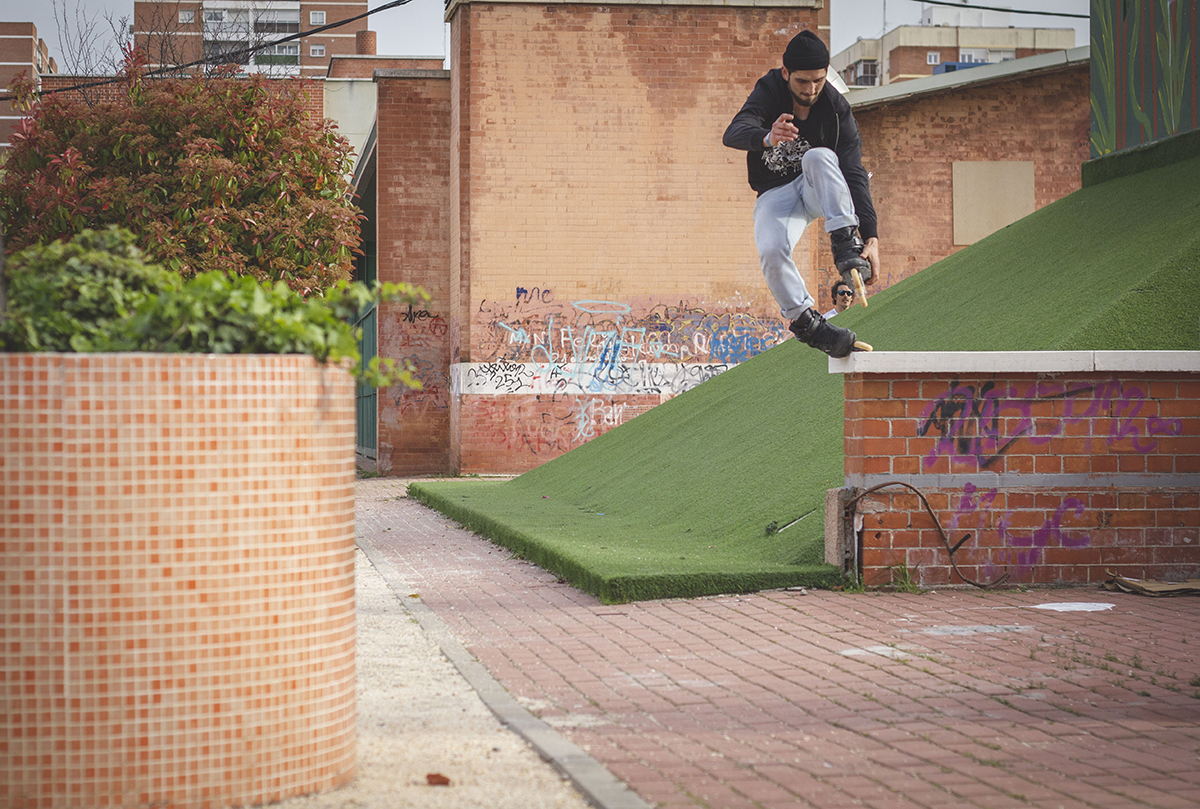 What is important to point out is that these four days of skating were really cool, productive and that a beautiful dynamic was set up in the group. Everyone was really motivated and taken to the game. I would also like to point out that it was all shot by Cedric Duchemin who made himself available to everyone and smashed it all the weekend! After this last evening celebrating the success of this trip, we chilled on the last day and took the chance to get shots and clips for others. So the group broke up in two and we all found ourselves at the plane to return together to Paris. 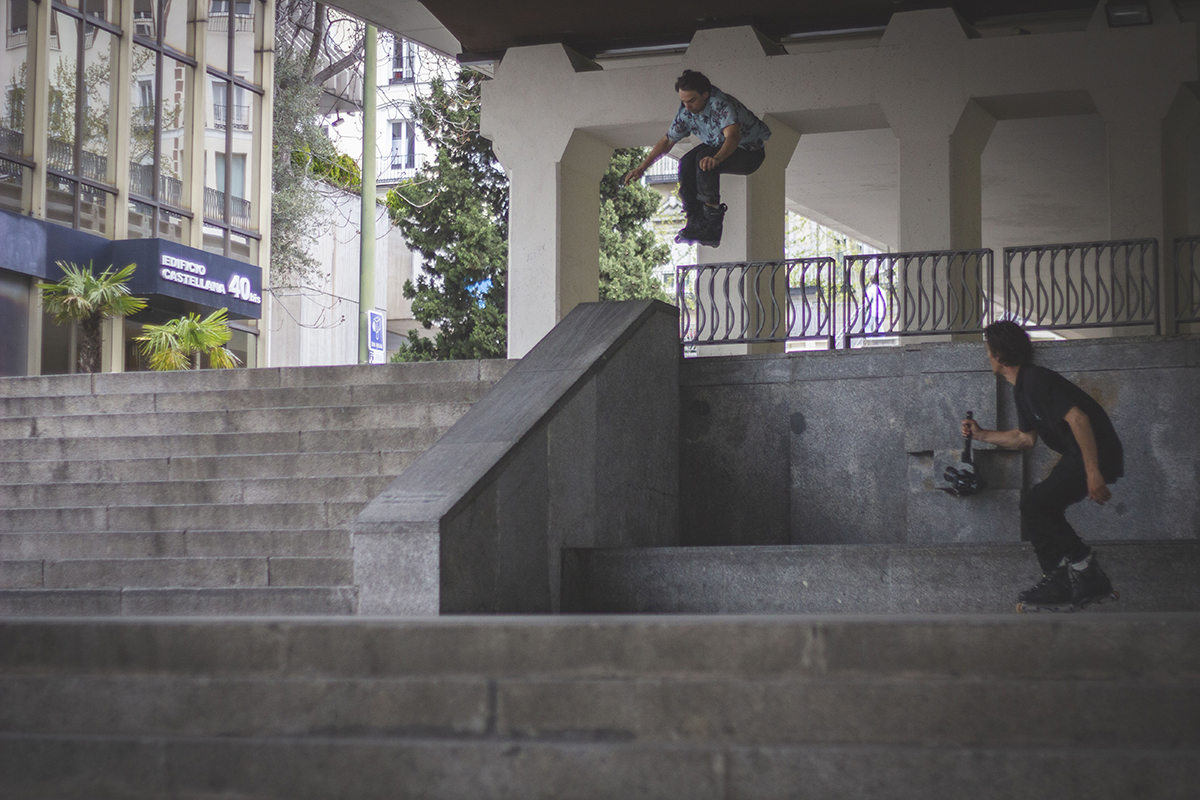 I want to thank Nomades Shop to trust us and send us on trips together. Thank you to Olivier Husson and the Nomades team. Thanks to all the bros on the trip, Warren for the organization and Vico, Pottier, Stan, Buko for the pleasure that we took together and for the motivation they brought to the trip. 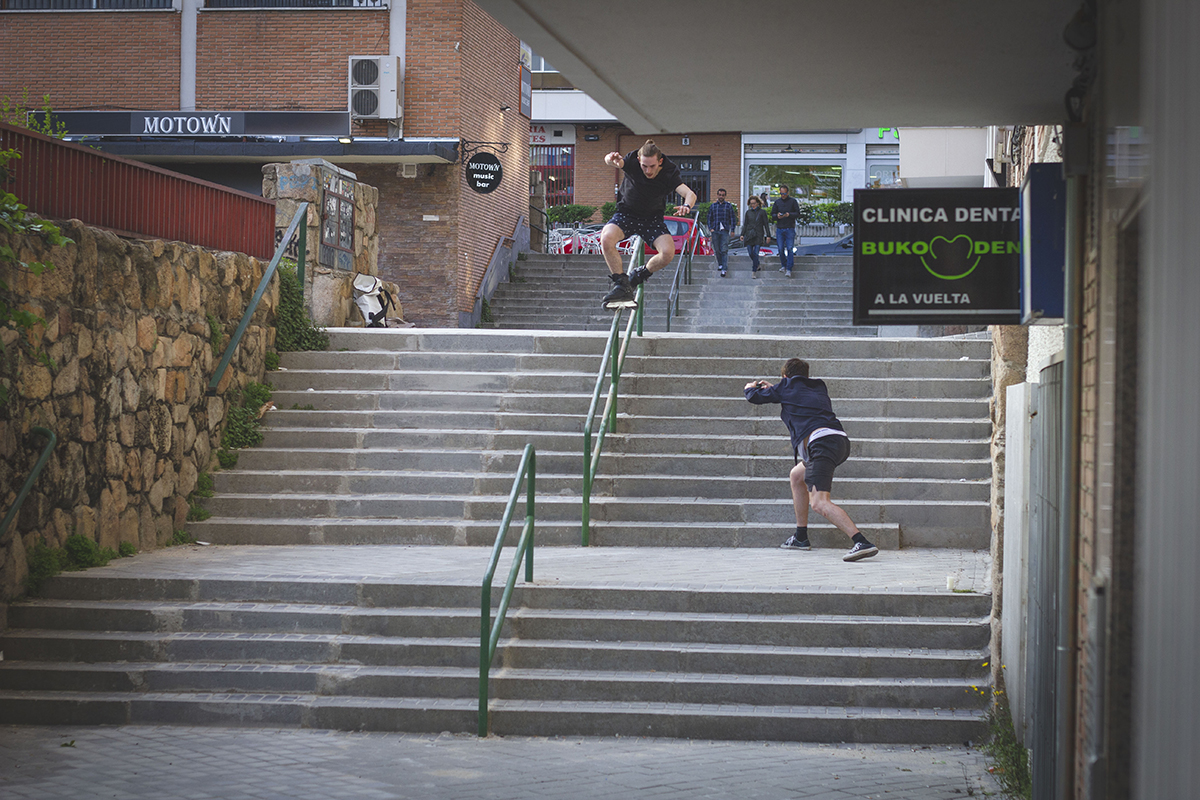 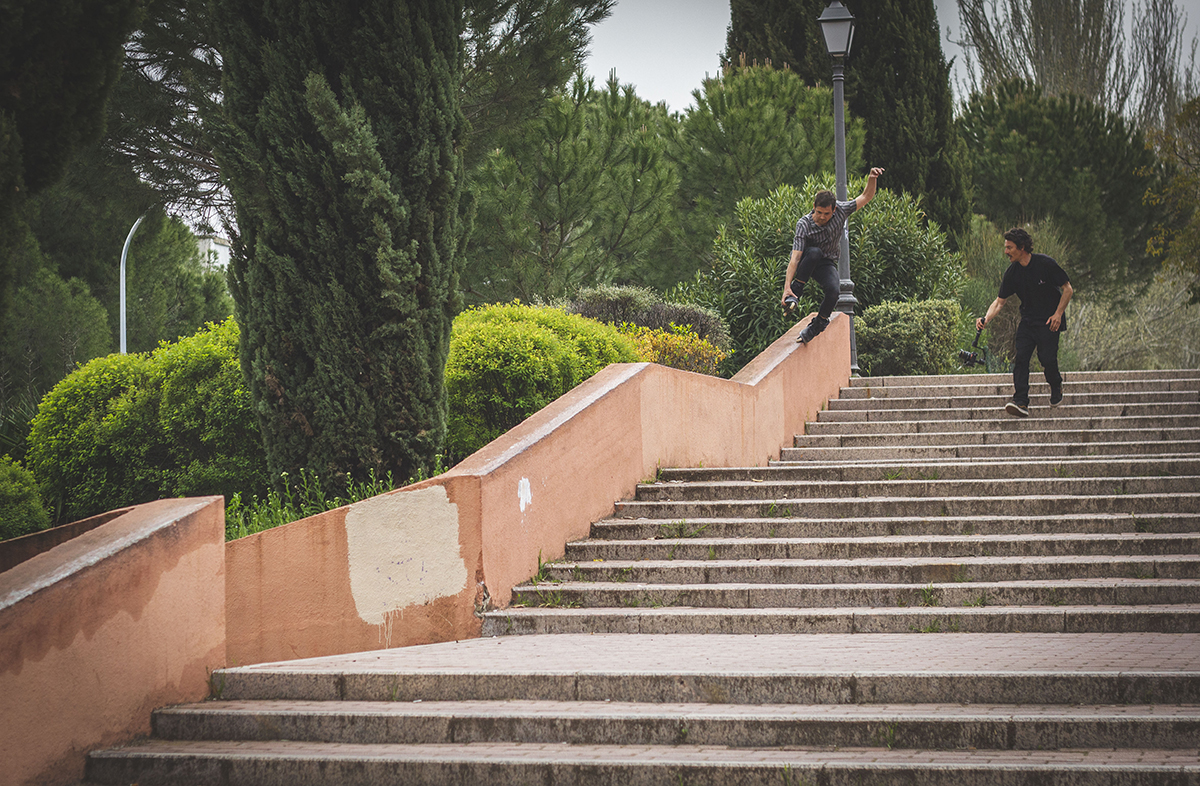 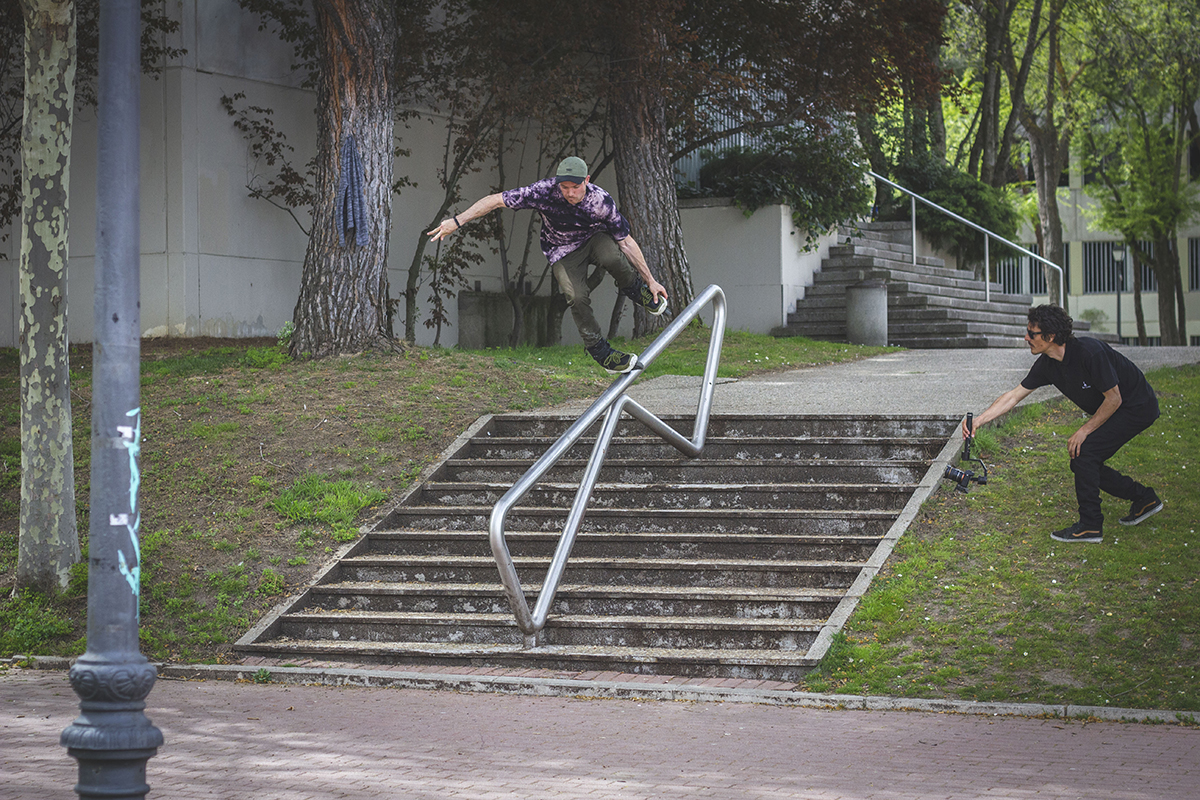