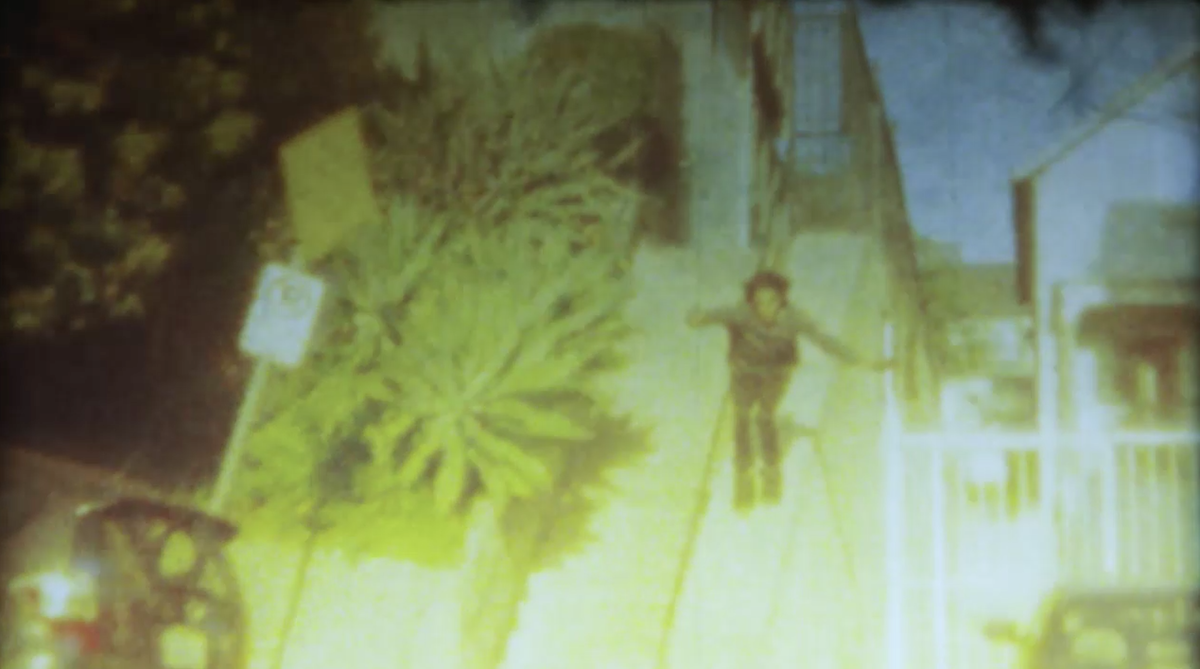 The film has been available for download for just under two weeks now, and it’s already clear that it is making some big waves in rollerblading. F33T has already stirred up discussions and conversations on all manner of topics ranging from pay equity in rollerblading to en vogue tricks to how blading videos should be filmed, edited, and compiled with (or without) certain kinds of music.

It’s also been met with some pretty tremendous praise.

I’ll cover some of this in my review here, but my primary attention will be paid to just three subjects about F33T: the tricks shown in the video, the cultural impact the video will have on rollerblading, and the mark it will leave behind as its legacy.

So let’s get right down to it, beginning with tricks. By the numbers.

The whole video is right around 41 minutes long and there are 345 total tricks contained within that duration. That means that—on average—there’s about one trick every seven seconds. This will be important a little bit later on, for now, just remember that.

(NOTE: This review is based on the DVD that Lonnie premiered at Blading Cup, so all totals here are based on that slightly different version). 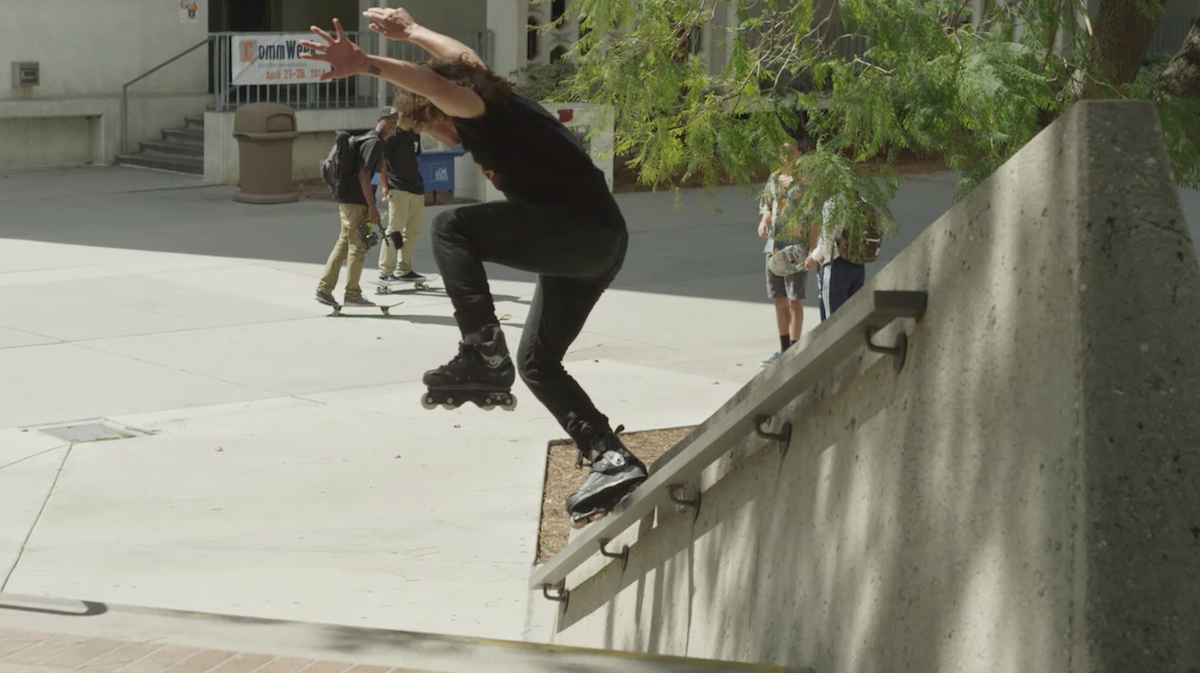 Of that 345, I can discern four very basic categories to begin my analysis: stunts with one major component, stunts with two, with three, and stunts (or maneuvers) with more than three. Now, when I say “one major component,” I’m talking about tricks that—for the most part—had one grinding trick as their “head trick.” Don’t get the wrong idea here though. “Single maneuver” doesn’t mean simple or easy or uncomplicated. It just means that something like a half-cab fishbrain to fakie on a square rail got tallied as a single maneuver trick. Whereas, I counted a grind to tree-bonk to another grind as a triple maneuver trick.

My reasoning here is that spins into grinds aren’t new and spins off of tricks certainly aren’t new either. I needed a clear way to discern how complicated things were getting, and basing everything off of grinds (for the most part) seemed like a reasonable way to cut through the clutter. In case you’re wondering, a wallride to fakie (or even wallride 360 out) still counted as a single trick maneuver. Make sense?

So here are some F33T numbers:

If you’re quick with math, you’ll see that just slightly over half of the tricks in the video had more than one component. That means that things like switch ups, shuffles into tricks, tree-bonks, multiple-rail tricks, and grind-to-wallride types of tricks were shown more often than singular tricks to the tune of 51% to 49%.

At a glance, this makes the really easy (and empirical) case for F33T demonstrating a trend blading is getting more complicated rather than less complicated. However, it’s worth noting that while complicated tricks were, in aggregate, more represented than single maneuver tricks, the singles were clearly the largest individual category.

And that actually says something about Lonnie himself. Despite what you may have heard to the contrary, Lonnie is actually something of a traditionalist. It’s clear from watching F33T about a dozen or so times (and having watched every other video Lonnie’s made over the years) that he’s a big fan of a perfectly executed single trick. (You might as well just imagine Sizemore’s section here because most of his tricks were what I’m calling “single maneuver tricks” and all of them were just about as textbook perfect as they can be done).

So Lonnie is clearly a big fan of tricks being simple and perfect.

In fact, while we’re on that topic, let me also point that of the 169 “single maneuver tricks,” 88 of them were what we might call “Plain Jane” simple: no half cab, no true spin, no crazy gap in or out of the trick—just a dude rolling up forward to a rail or ledge and jumping on and doing a single trick and coming out fakie.

You can also see Lonnie’s “traditionalist” bent in the tiny number (a mere 2) of non-standard, non-canonical, or what we might otherwise think of as “nameless” tricks. (Additional note here: I realize that many non-canonical tricks have local or “folk” names in certain places, but tricks like a no-grab front torque that drags the non-grinding toe against a fence doesn’t have a canonical, which is to say, “widely recognized” name).

So we can conclude the rather obvious fact that grinding still holds primacy in blading, but it’s also worth noting that simplicity is certainly losing its majority share. 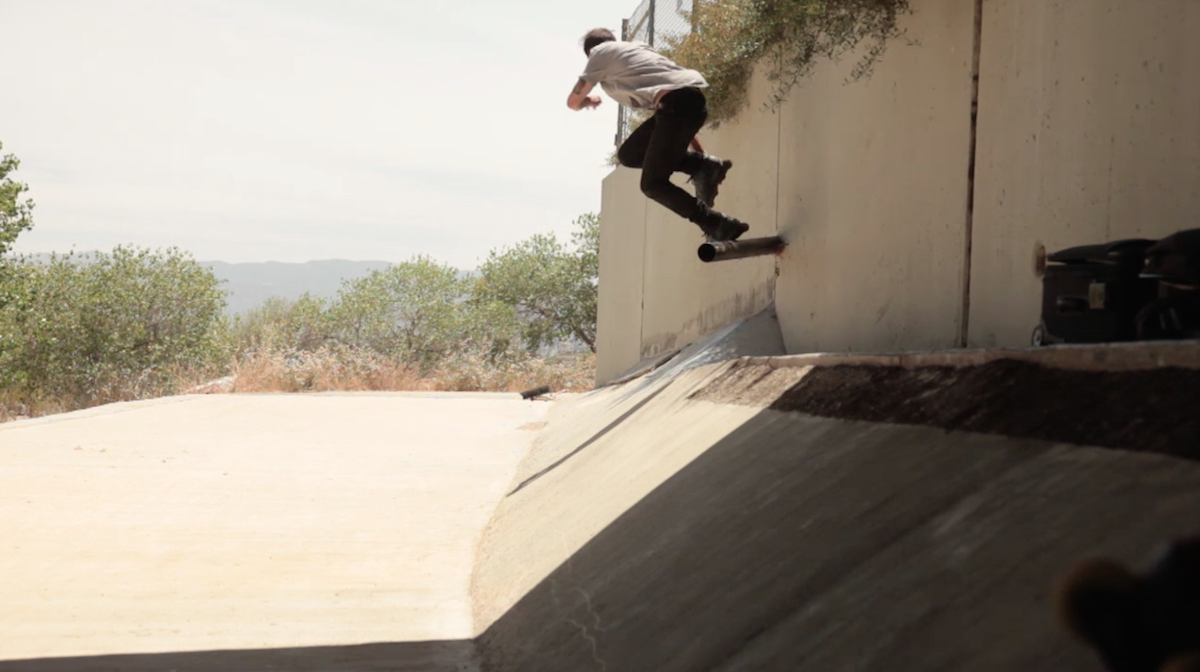 If we turn now to look at F33T’s cultural impact on rollerblading, there are a few things that stand out to me as being pretty immediate. The first has to do with things that WEREN’T in the video at all. In this respect, I’d point out that there are exactly ZERO toe rolls or heel rolls in the whole video.

Now, there are at least two ways to take this fact. The first is that toe rolls and heel rolls have simply fallen out of vogue and their absence in F33T is merely representative of this cultural reality. Alternatively, it could be that Lonnie himself (and the skaters featured in the video) no longer consider such tricks to be worthy enough of inclusion. If the latter is true, then, to some extent, the rollerblading world is being told, in effect, that toe rolls and heel rolls are no longer to be considered “standard” by some of the best of the best in the game.

Culturally, this absence has some interesting salience that I’ll touch on a little bit more later on. For now, we can assume that this exclusion of toe and heel rolls officially (or at least semi-officially) marks those kinds of tricks as being dated or “historic” at best and phony or “unworthy” at worst. Either way, F33T seems to be the first contemporary video to have fully excluded those kinds of tricks entirely. 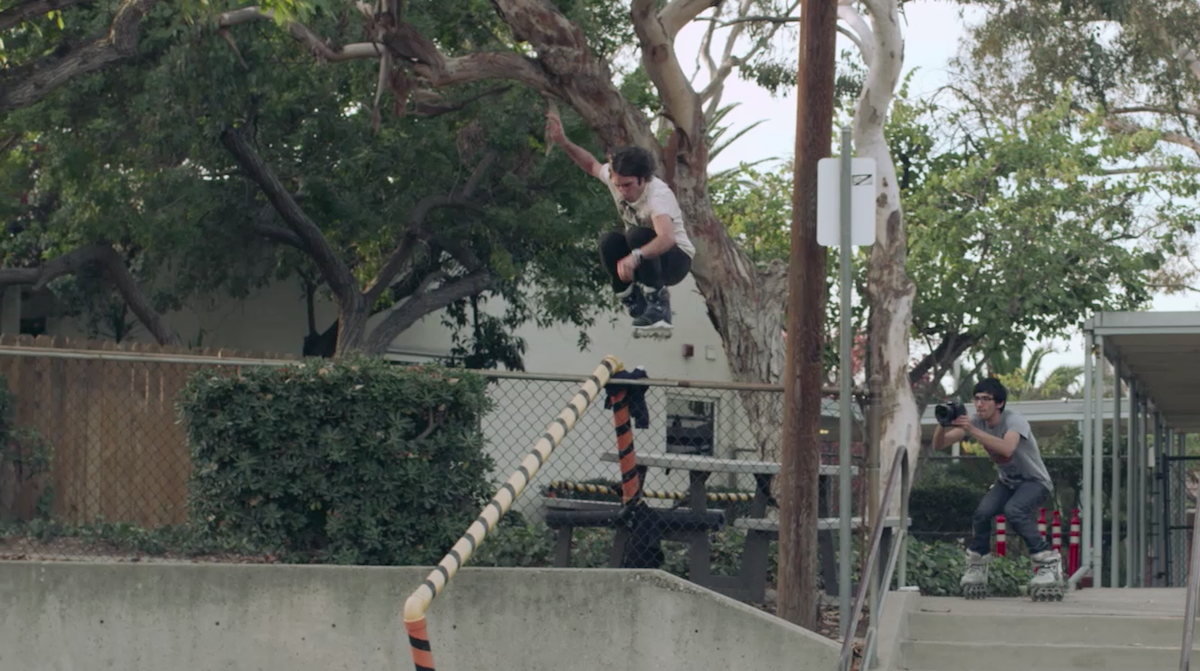 The second main point of cultural impact has to do with the filming and editing aspects of Lonnie’s work. Now, I have virtually no technical knowledge of filming, filmmaking or even photography, but there are a few things that I can point out even without possessing any technical training, and most of them have to do with narration.

To me, one of the great successes of Lonnie’s work is his ability to tell stories. F33T tells a story, and, even more narrowly, each trick in the video tells its own little mini story—the story of the individual trick itself. Multi-shot clips are included not for their own sake, but for the sake of showing the audience what the skater did: how he approached the object, whether there were complications to getting to that object, whether anything was different or noteworthy about the trick, and how the skater finished the whole sequence.

In my view, this kind of care and attention to detail is about respect—something that rollerblading culture constantly thirsts for. Lonnie delivers this respect in F33T in several ways. First, he gives each trick enough time to be memorable. Remember up above when I said that F33T averages about one trick per 7 seconds? That average is emblematic of the time and care given to the presentation of tricks in this film. It’s Lonnie’s way of showing respect to his audience, recognizing that a videographic barrage of tricks only acts as an insult to people’s memories. It’s also a way to respect the skater. If a guy does a complicated-ass thing, we all owe it to him to at least understand everything that went into executing that particular maneuver.

Consider the clips of Sizemore jumping over that wall into that skinny ass little drainage culvert. The angles Lonnie used to show us that trick were carefully detailed enough to communicate to us that the place David jumped from didn’t line up with the place he was landing. It’s that kind of attention to detail that gives us all the appropriate understanding. And that understanding is Lonnie’s way of respecting US, his audience, so that we can offer our respect to David for doing a gnarly, scary, and complicated thing.

So, as far as cultural impacts are concerned, it’s clear that Lonnie has found a way to demonstrate, if subtlety, that respect is still of primary import to rollerblading. 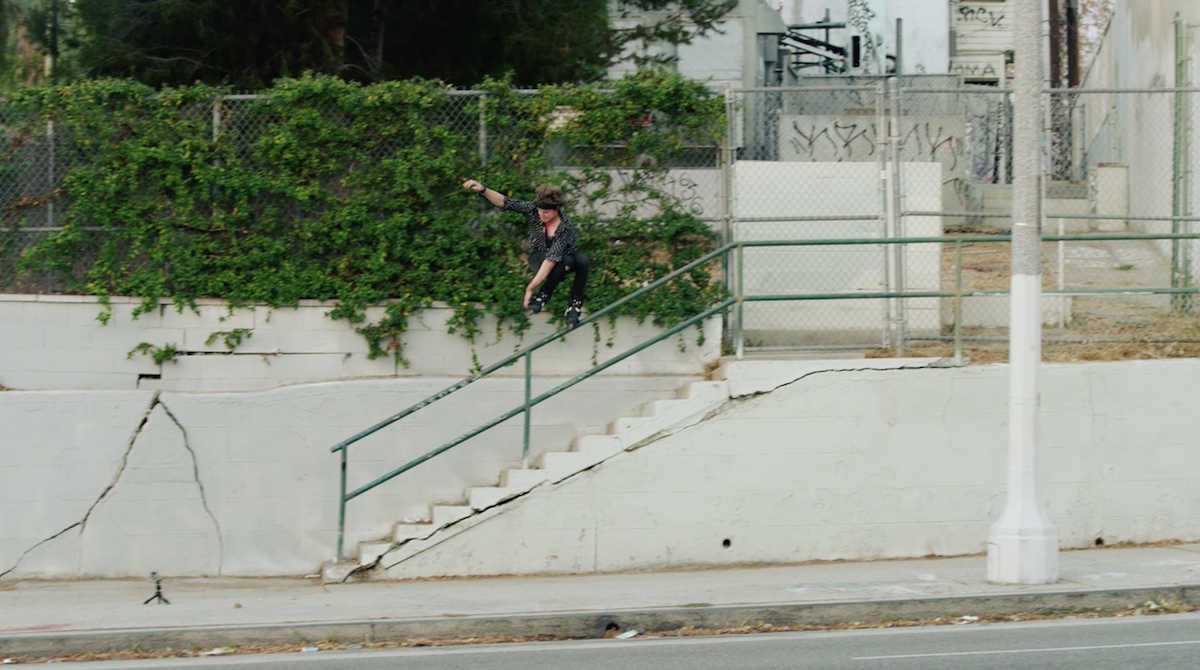 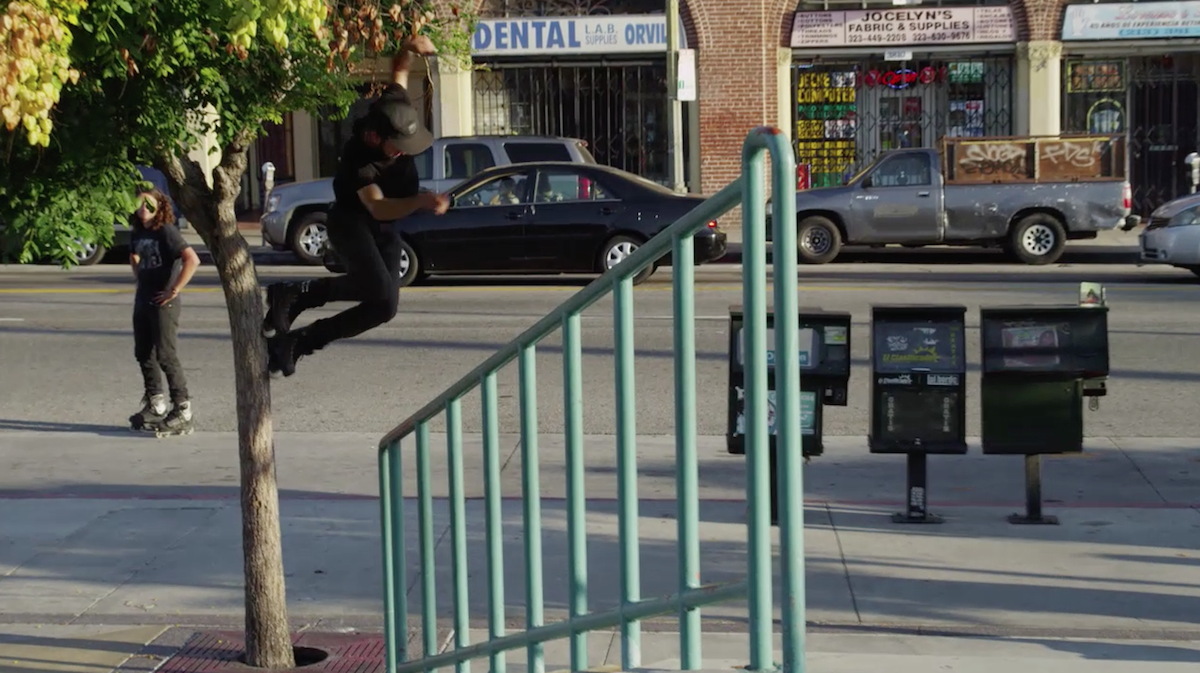 Lastly, as far as cultural impact is concerned, is Southern California. In the little teaser blurb I wrote about F33T two weeks ago, I mentioned several other videos that serve as the watchwords of certain periods in rollerblading. Videos like VG3 and Mr. Mooseknuckle set the standards for the shift from what we might think of as “proto-rollerblading”—the time when grinding at all ceased to be novel and frame tricks and topsides became the mainstays. After that, the next major benchmark we get in rollerblading came during the span between Words and Leading the Blind when the message of the day was “make it difficult, make it huge.” Now, as I’ve said previously, F33T delivers the message that if you want to skate at the very top level, you have to “make it complicated, make it precise, and make it authoritative.” These injunctions will likely be the watchwords of quality for the foreseeable future, but what’s worth noting is that those injunctions are coming—yet again—from Southern California.

So while tremendous gains are being made all over the world in Europe, Australia, Central and South America, Asia, and beyond, Southern California still seems to be maintaining a significant hold on the cultural leadership of rollerblading. 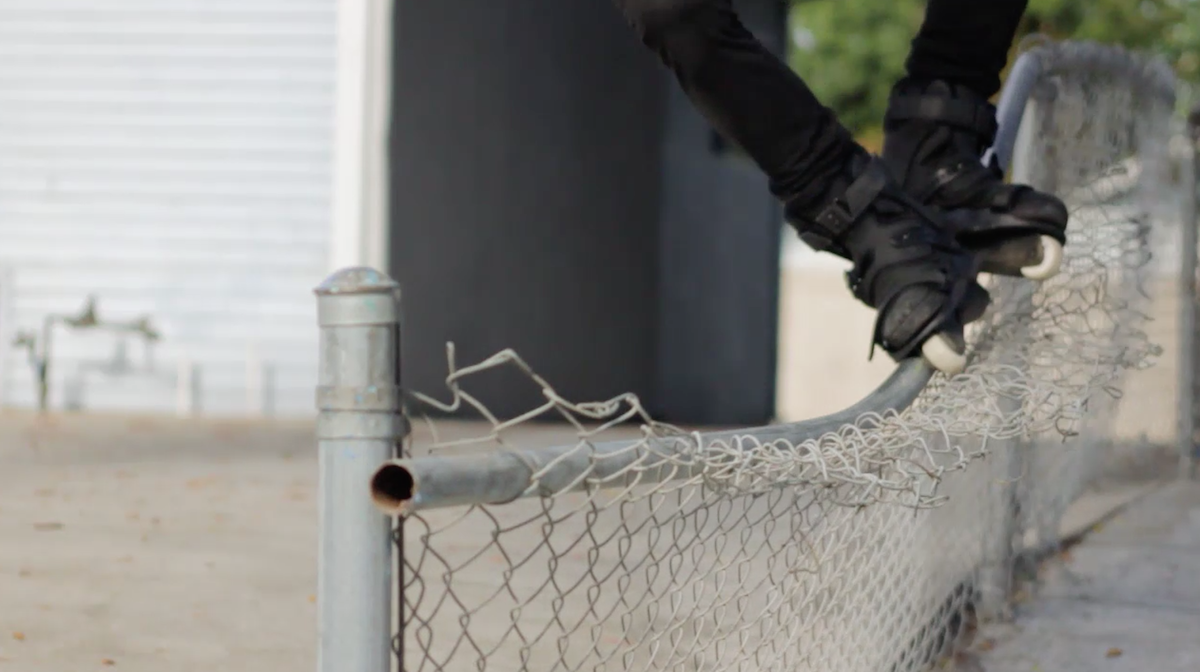 Finally, I’d like to point out a few things about F33T’s potential legacy that are worth noting. First, I believe that F33T has set the standard for the foreseeable future in rollerblading. After the 2000s, rollerblading seems to have tired of merely “giant” tricks. For a while there, it seemed like the best way to get a clip in a video was just to go out and film yourself doing the biggest, gnarliest thing you could do. The standard then really rested upon the idea of big-name skaters doing tricks that other guys WOULDN’T do: drop off rails, huge disasters (think Carlos Pianowski) and other stuff like that. The standard that F33T seems to propose, alternatively, isn’t about what you would or wouldn’t do—it’s about what you can or can’t do.

Rob G’s frontside on that 31 kink rail is exactly the kind of thing that most people simply can’t do. Farmer’s alley-oop negative citric acid is something that most people can’t do. The precision of Sizemore’s tricks, the creativity of Soderburg’s tricks, and the sheer complexity of tricks by Kruise Sapstein and Steven Cortes are simply things that most people just flat out CAN’T do, and that seems to be the big shift in standards that F33T introduces to us. It’s a tall order to fill, because rollerblading isn’t being judged any more by it’s emotions, it’s being judged by its precision and technical abilities.

Lastly, I’d like to draw your final attention to the homage F33T made to the late Brandon Negrete. Clearly his legacy is still with us, and it will continue to be. But what I’d like to draw attention to is the elegant way that Lonnie chose to honor Brandon. The handful of clips that Lonnie included near the end of the film served as a kind of elegy to the emptiness we all feel when losing a close friend, something that is all too common in rollerblading, and all too common in the human experience. Lonnie’s choice to include that elegy is a somber one that reminds us that there is real life both between and beyond rollerblading—that there are good times and bad, and that the world keeps going whether or not we want it to.

As always, thanks for reading. 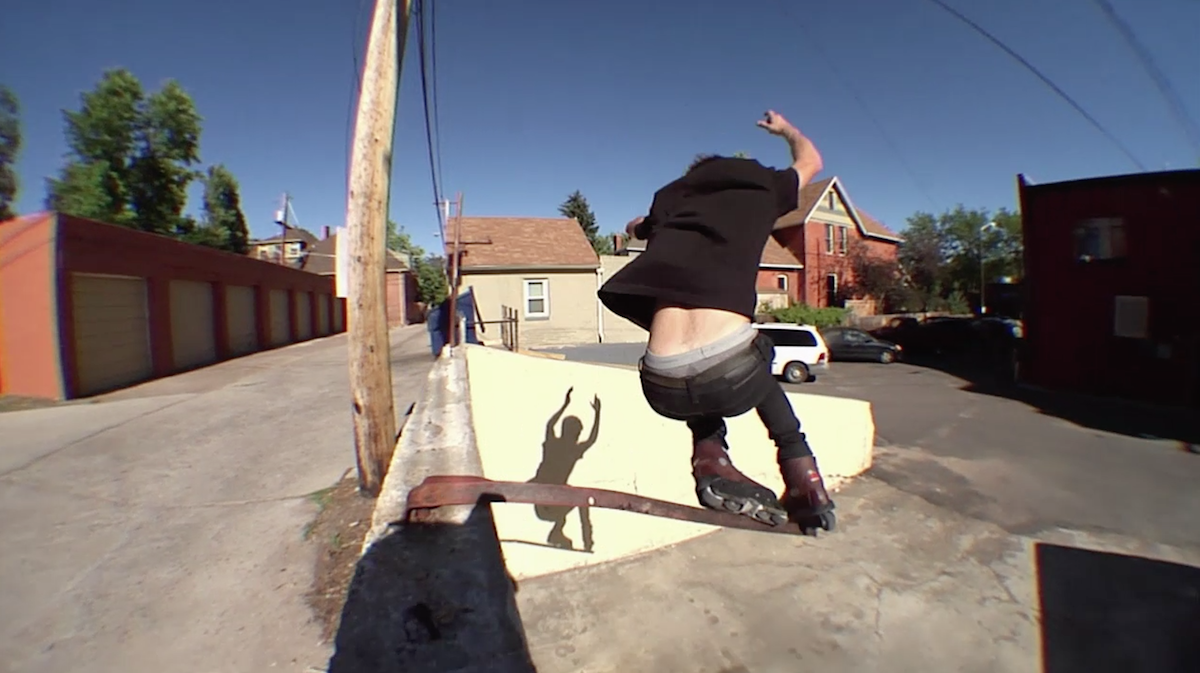 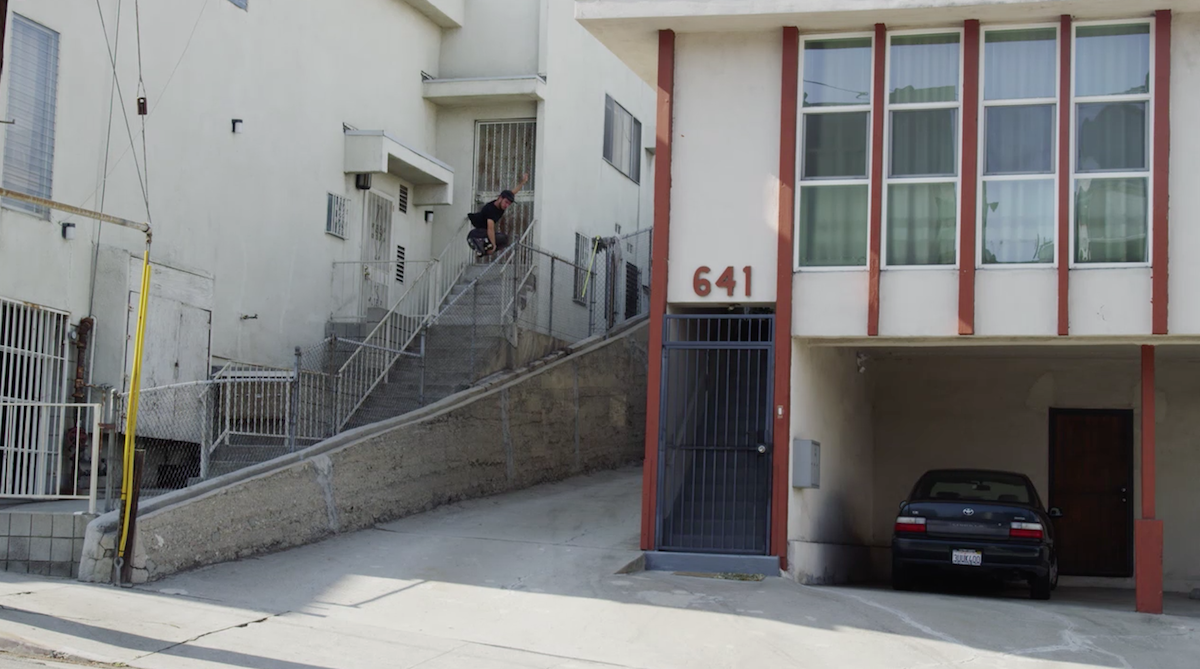 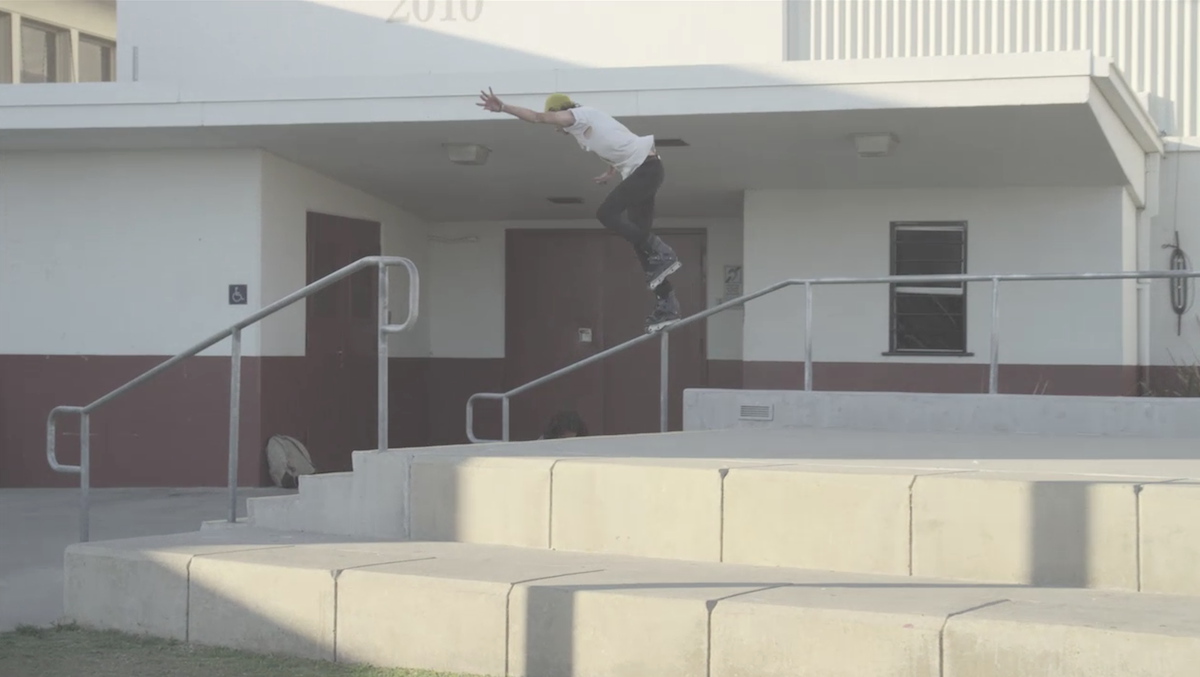 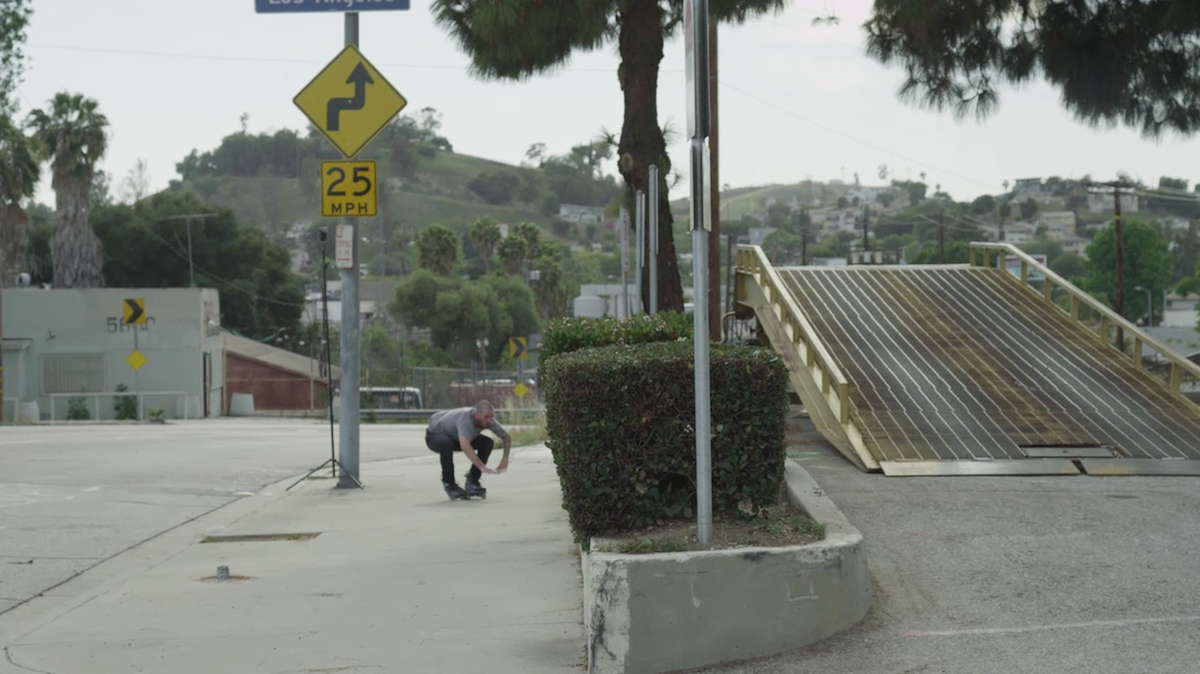 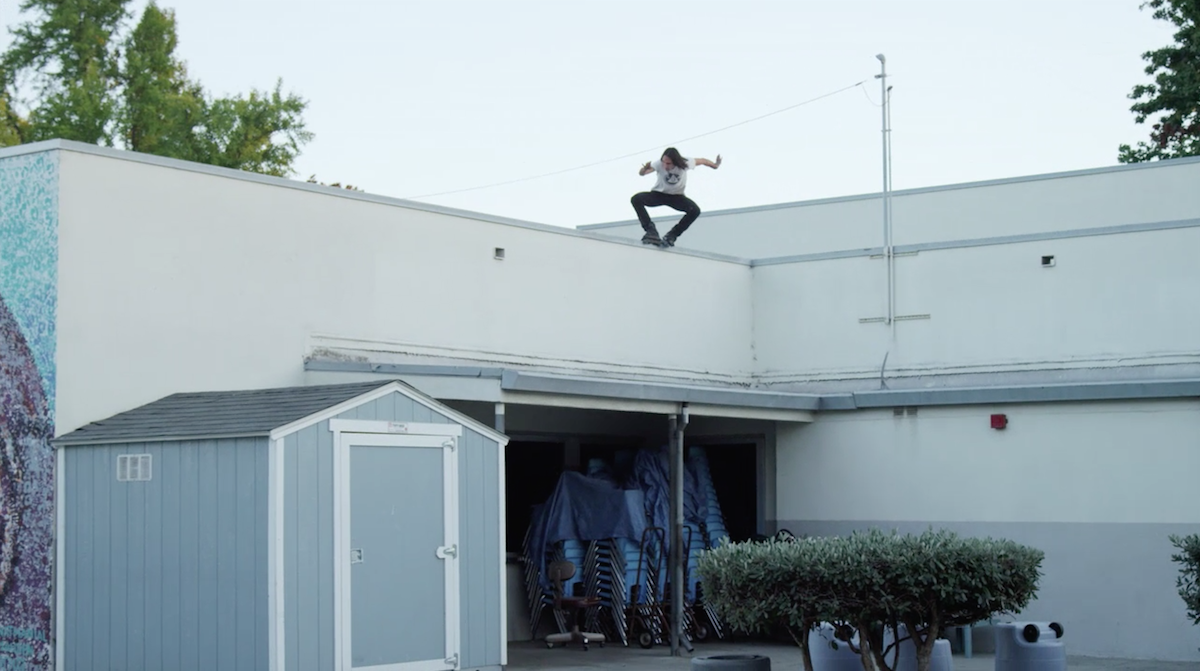