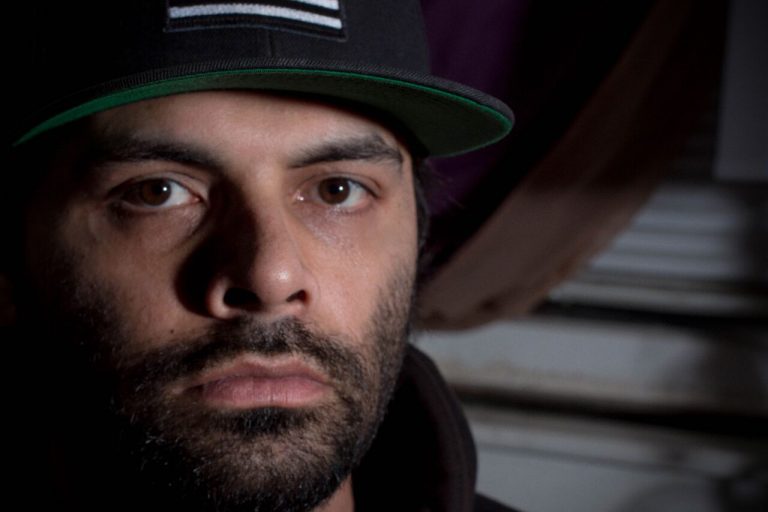 At the forefront of still documentation of the Northern California scene stands Erick Garcia. Constantly producing full-fledged photo stories under the Filth Juice moniker, Garcia’s photography is just as gnarly as his skating. So I decided to ask Erick a few questions about his inner-workings with photography and how he came to picking up a camera.

When exactly did you get into photography? Would you say that rollerblading had a hand in why you got into it?
I took a photography class my Junior year of high school and I learned to shoot using film and also developed my photos. It definitely got me interested in photography, but at that time (circa 1997) I was getting heavily into skating and that’s what mattered most to me.

It wasn’t until late 2013 when I was diagnosed with Rheumatoid Arthritis, which if some of you aren’t familiar with this auto-immune disease, it’s one of the most debilitating things you can go through. My life hit a brick wall, or so it felt that way and I wasn’t able to skate for about 9 months. That’s the longest I have ever gone without skating. During this time I hung out with my friends at skate sessions just like we always do, but after doing this for a few months it started taking it’s toll and I was feeling down about myself during the sessions watching my friends lace hammers left and right, while I just sat on the sidelines cheering them on.

The cliche term “a light bulb turned on above my head” was the turning point for me to get more active and involved with the skate sessions. The first thing that came to mind was shooting photos because I already tried buying a video camera to film and create edits back around 2007, but I quickly learned that video isn’t my thing. So I purchased a digital camera, got some helpful tips from some of the best in the game (insert name drop here: Vinny Minton, Ivan Narez, Brandon Smith, Casey Bagozzi, Sean Keane, i.e. my friends) and started to learn how to shoot. To answer the second question, yes, rollerblading 100% had it’s hand in why I got into photography.

Filthjuice, particularly the Filthfiles, have to be some of the more thorough photo documentations I have seen of the California scene. When did a website come to fruition and how did you get into the knack of doing these profiles?
I appreciate the kind words. Filthjuice was created as my photography started to improve (towards the end of 2014) and the main goal was to expose Northern California rollerblading to the world. As many of you know, I’ve lived my whole life in NorCal and I have a very special attachment to ensuring our skate scene gets the best coverage possible. The ‘Filth-Files’ is a way to get some of my friends JUICED to skate hard (not like they already don’t). I can never go easy when I skate, so I guess I try to pass this onto my friends when we go shoot because I know their capabilities and push them the best I can. I’ve written up the last few Filth-Files, but have also been helped out by Brian Krans and Peter Drozdowski in the past. You don’t necessarily have to live in NorCal to get a Filth-File either. You just have to be in NorCal hah! or, you can be like Mr. Boschi Pope and visit for a weekend and knockout a Filth-File. NYC breeds the same skate passion as NorCal skaters and it’s amazing!

I know you shoot digital mostly but have you ever shot any film?
I have only shot film back in high school. I don’t have any plans to start shooting film soon, but I can see myself getting a film camera at some point. I enjoy the instant gratification a digital camera gives you, but I can also appreciate and understand the way film works. My good friend Ivan is slowly changing my outlook about film though (i.e his newest release Hermanos).

Do you look at any skate photography or photography in general, or do you prefer to keep a blind eye and shoot for yourself?
I definitely look at other’s skate photography for inspiration, but I’m also a Taurus and my stubbornness takes over to shoot the photo how I want. I’ve always felt I had a good eye for skating because I know what tricks look better with certain angles. I do like to inspect photographers lighting techniques or positioning of flashes because I always use lighting when I shoot.

Can you tell me a bit about the set up your working with, what you like about it, what you don’t like, and what you’d improve, if anything?
I’m shooting with a Canon 70D. I have a few lenses and a couple that are borrowed because I’m not forking out thousands of dollars when my friend is willing to let me borrow it (thank you Ivan Narez!). I have four Yongnuo speedlite flashes and one Alien Bees monolight. The camera itself has been great! No complaints on my end. My speedlite flashes have taken some abuse over the years, but are still holding up. My Alien Bees monolight is my main lighting source. I use this basically every time I shoot. During the day, I like to get rid of shadows and during the night I like to move the lighting around to make the photo look interesting. Not much room for improvement, unless I purchase a different camera, but I don’t have any intentions of getting a new camera for awhile.

What does blading photography need more of?
Print magazines. Easy answer, but difficult to achieve. Money is always the determining factor and I just wish there were more print blade magazines floating around the world. Seeing my photos printed in a magazine gives me a sense of accomplishment. Not because my photo made it into a mag, but because my intention to keep NorCal exposed is a reality.

Do you think you’ll ever bring the Filth Files into a print realm?
Yes, but I don’t know when.

What’s next on the horizon for you?
Helping my friends with any photography needs. Brian Freeman (BFREE) is the perfect example. He’s hustling right now to get rollerblading exposed to the cannabis industry/culture. I’ve been helping him shoot photos and these are they type of things I want to do in the future. Skating photography for skaters themselves will always be first for me, but seeing that I can help expose skating to new minds and different cultures only motivates me to shoot better photos!