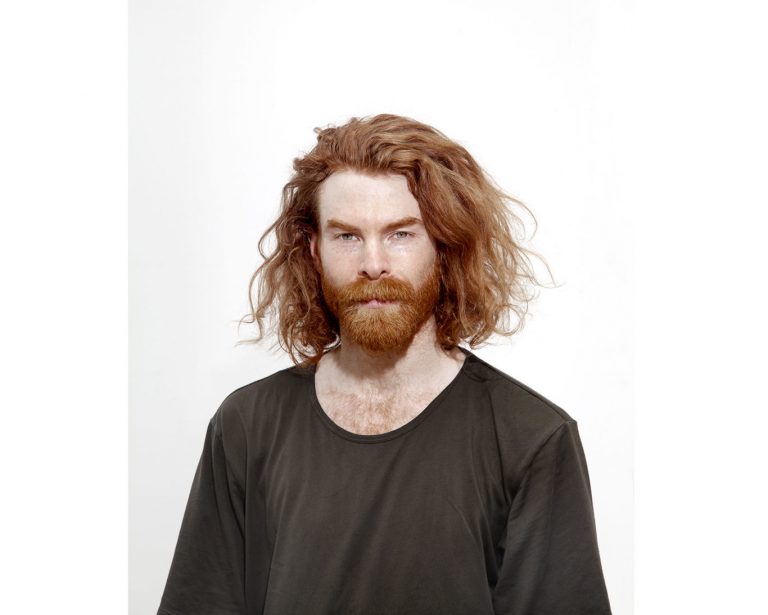 AN INTERVIEW WITH ONE OF AUSTRALIA’S GREATEST LENSMEN 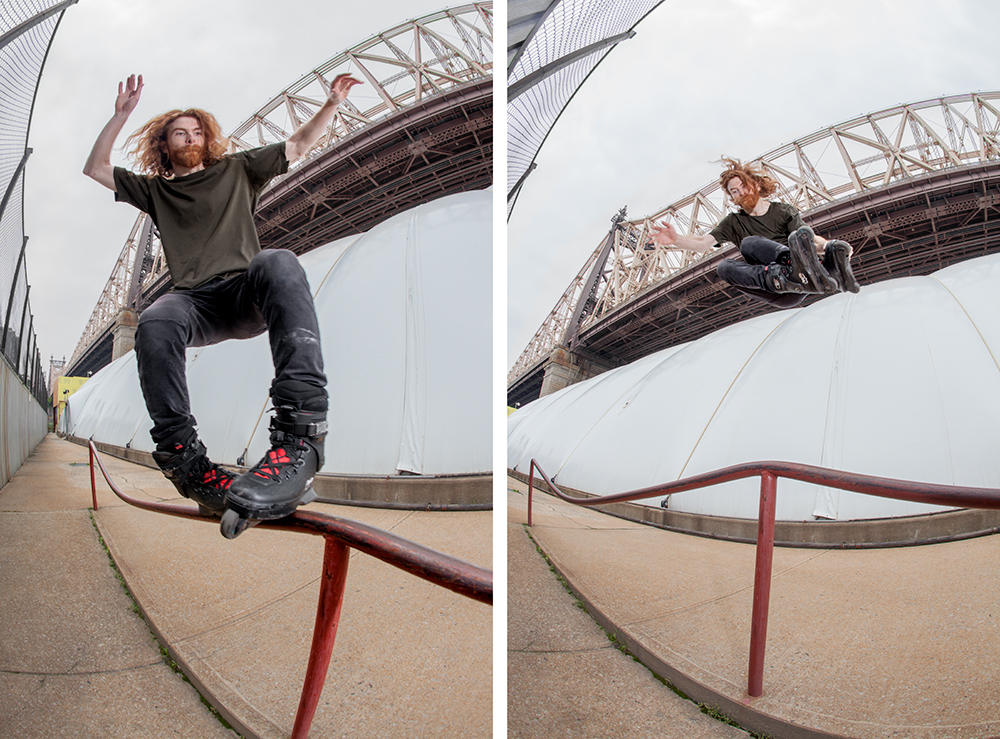 Often overshadowed by video, still imagery remains a pivotal part in the realm of rollerblading media. A handful of masters of the craft have graced the pages of some of our favorite publications; a certain level of meticulousness combined with the intuition of Cartier-Bresson’s “decisive moment” have yielded a wealth of iconic photographs throughout skating’s history. Hayden Golder is among that class of masters, so when he was in New York City for holiday back in May and reached out to me, I jumped at the opportunity to link up with him. Retaining over a decade’s worth of experience behind the lens, as well as being quite the pro on the boots, it felt fitting to have Hayden for our latest photographer profile. 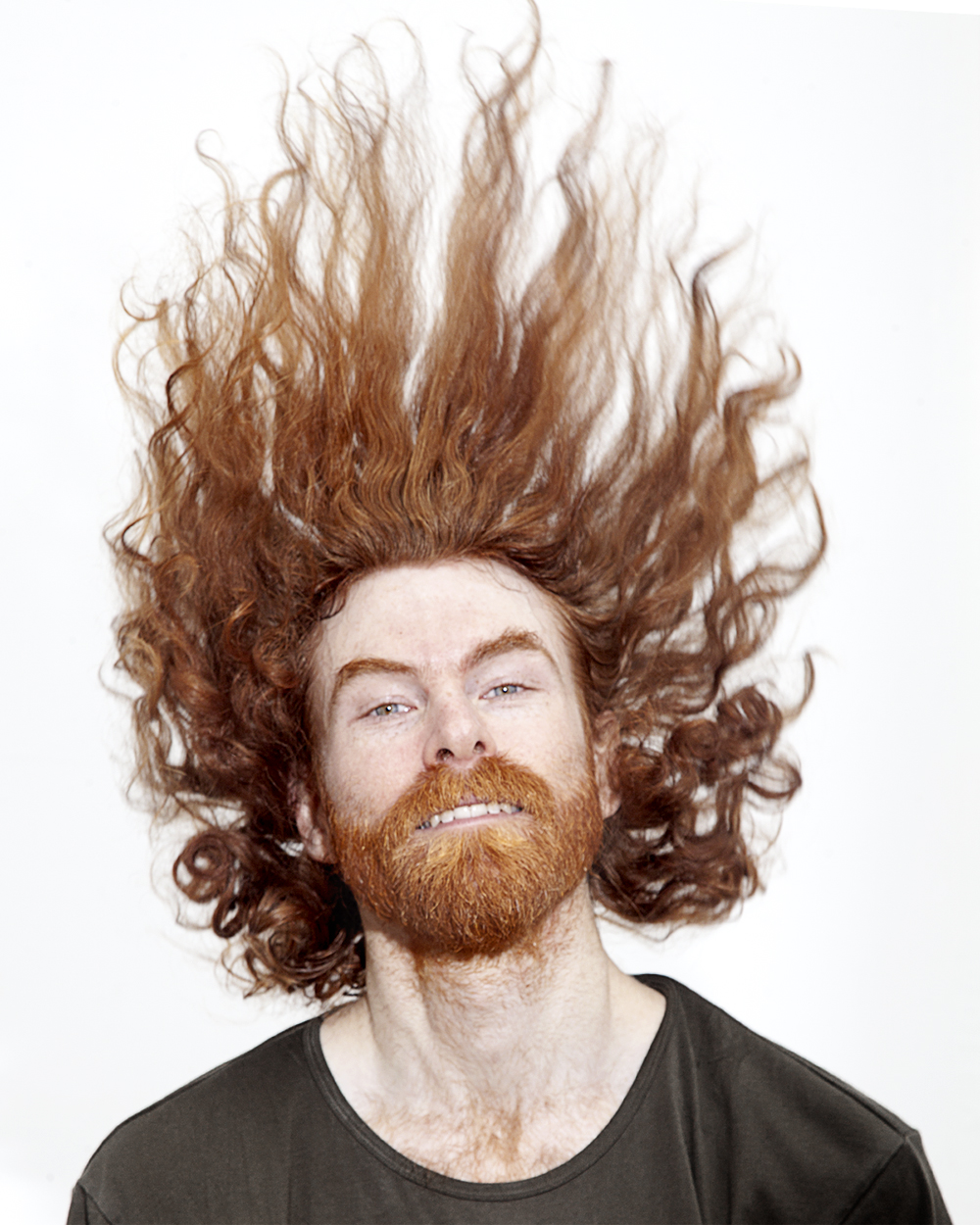 When did you first get into photography and how did that come about?

My Grandpa was always filming on Super 8 and using camcorders when I was a kid. So my first memories were of being documented and watching that process take place.

Later on, my Dad gave me his Minolta SRT 101 which I used through high school. It was a manual camera and got me interested in the technical aspects of photography.

Throughout high school I can’t say I was a very high achiever. There was not a lot that engaged me. Photography was one of the few things I truly enjoyed doing. 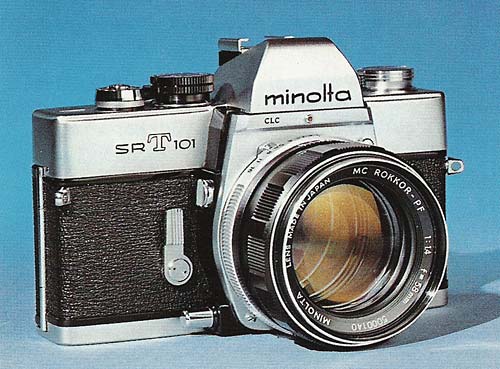 So when did you realize that photography was more than just a hobby?

A couple of years after high school, some of my photos were part of a group exhibition in my neighborhood.

A total stranger bought one of my prints and that was the first time anyone had bought my work before.

It was unexpected and got me thinking about the possibilities. 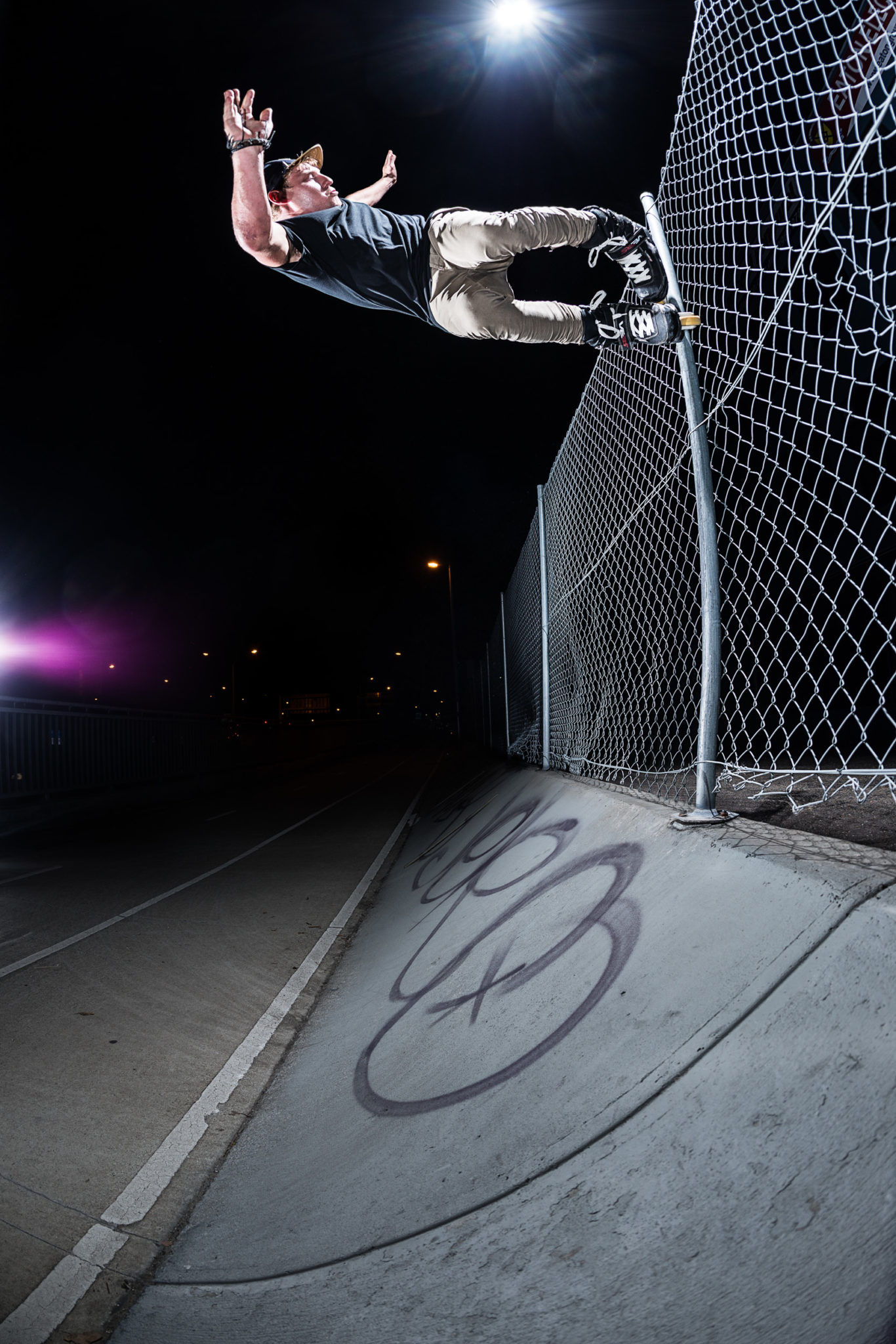 What possibilities were you contemplating with photography?

While I was focusing more on photography, I was skating more than I had before.

I started thinking of combining the two; as I was a super shy guy (still am), taking photos at skate meets also helped break the ice a little.

A local skater, Michael Bancroft, had just started a magazine called ‘Rolla’ (2005-2009), and it focused on documenting Australian rollerblading.

He asked me to shoot some editorials for each issue profiling skaters from Melbourne and the interstate.

It was the break I needed and gave me an opportunity to connect with communities across the country. 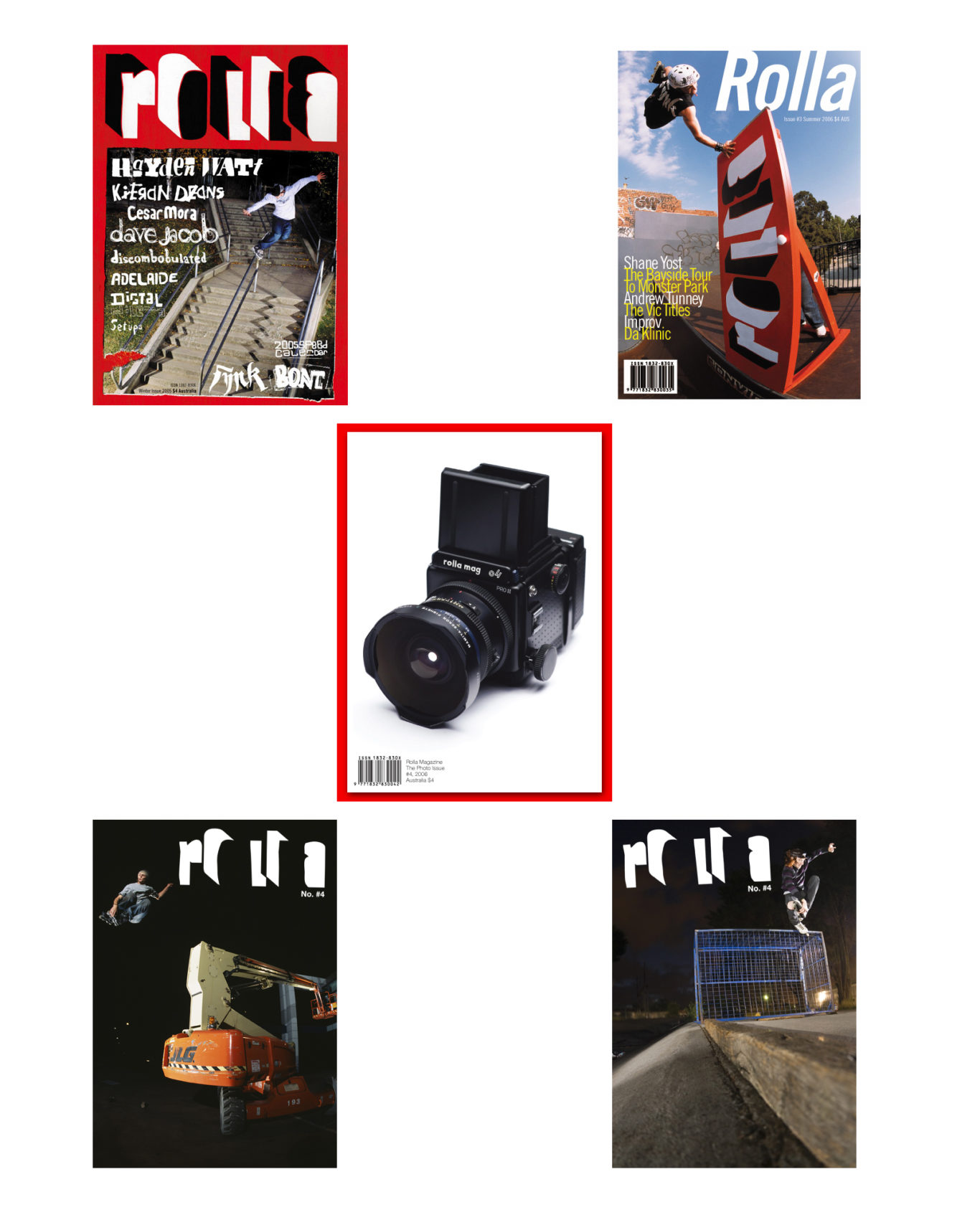 So in an essence, photography was the craft and language you utilized to get yourself acclimated with the Australian scene?

It was definitely a way to contribute to what was happening locally. I really like those situations where you can get to know someone by creating something together. 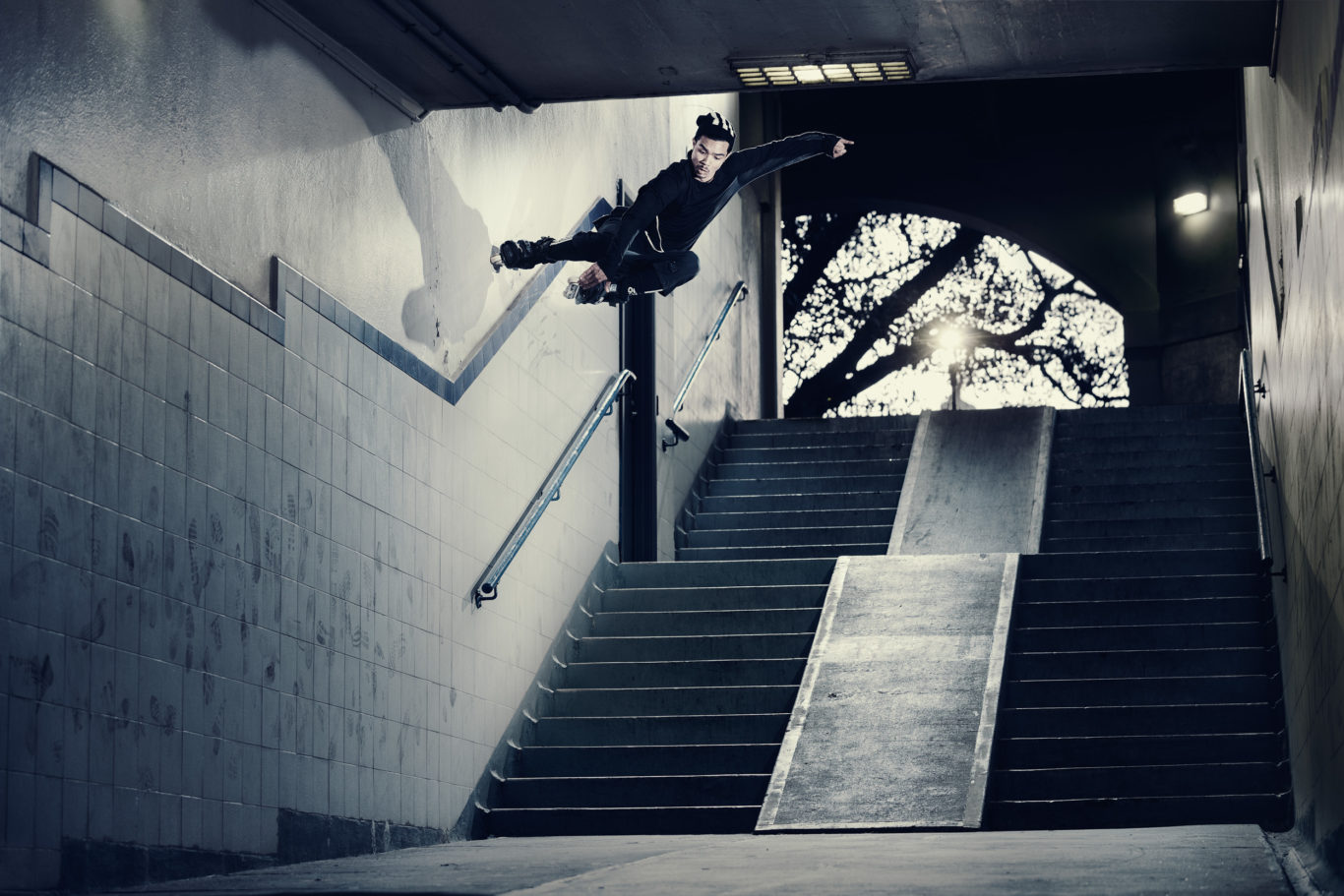 You’re working in the field now, what is your daily life like?

It varies a lot, but I always start the day by checking my emails.

Then my girlfriend and I will take a walk down by the river near our home. Afterwards, I’ll make coffee and breakfast then either head out to a shoot or work on post-production at home.

If I’m shooting for a full day, I’ll start setting up my gear when I get to the studio or location. The rest of the team will have arrived by the time I’m done setting up. We’ll then get together with the Client and or Art Director and go through any last-minute changes before we start shooting.

By lunchtime, if possible, I like to have the whole team break together to share a meal. We usually don’t have long before heading into the last shots of the day. Towards the end of the day, we’ll have a final check in to go through what we’ve done before I start packing up the gear. After work, I’ll either catch up with friends for dinner or we’ll cook up a meal at home and watch a movie.

During the summer months, when the days are longer, we might head out to the beach or go for another walk before sunset. At some point during the day or night, I might go out to scout a future location. Before winding down for the day, I’ll check my emails again and work on any urgent post-production. So yeah, long days! But it leaves me some time on weekends to go hiking or out for a roll…. 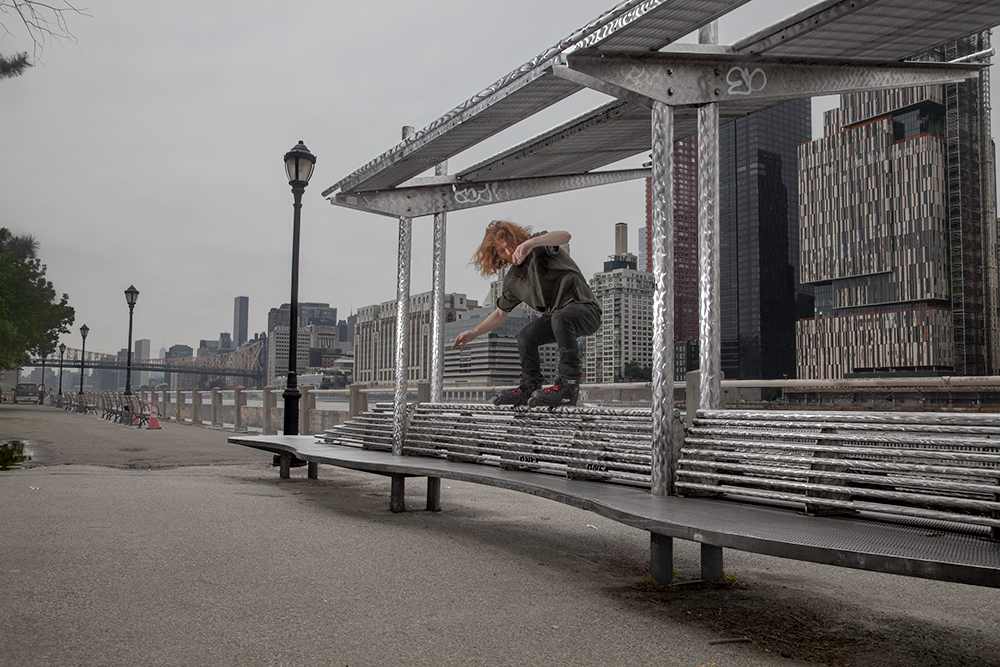 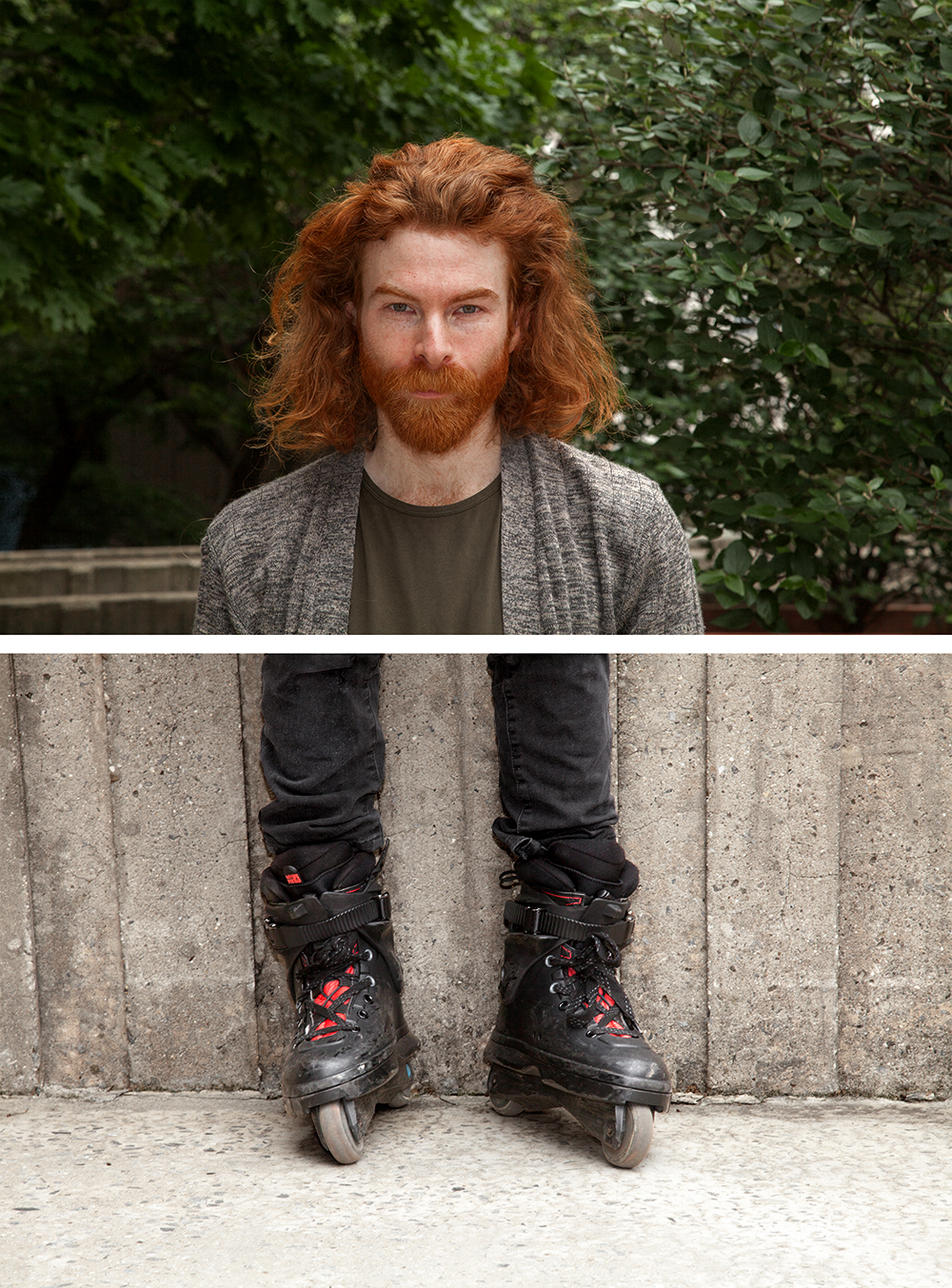 You are balancing quite the life with your freelance career. What kind of goals do you have in mind for yourself in terms of your craft, as well as life in general?

Lately I’ve started to experiment with cinematography. It’s something I’ve been interested in for a while now and it’d be great to work more in this area. Ultimately, to balance this new work along with photography would be the dream. As for life in general, definitely keen on more time to travel. 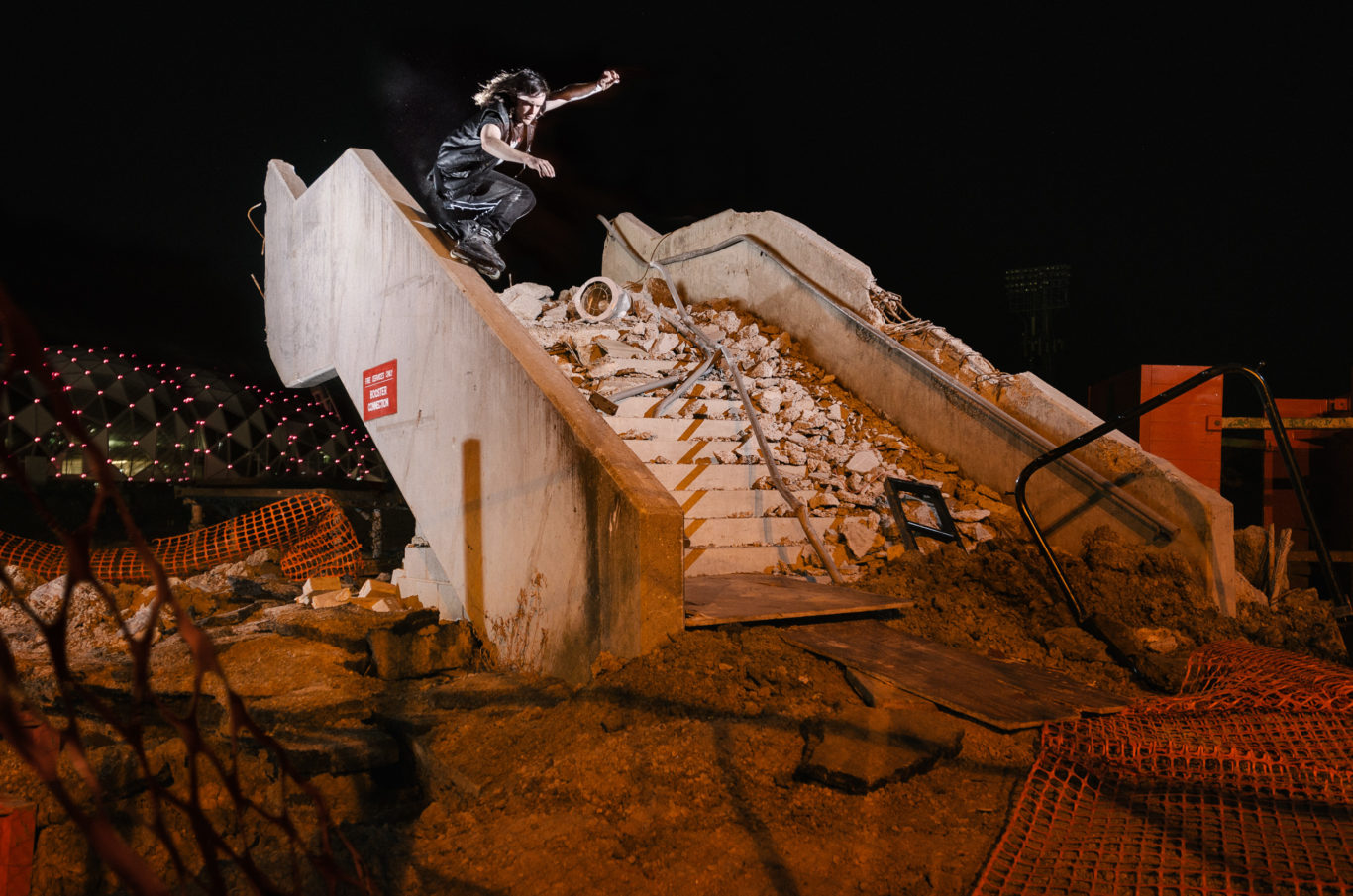 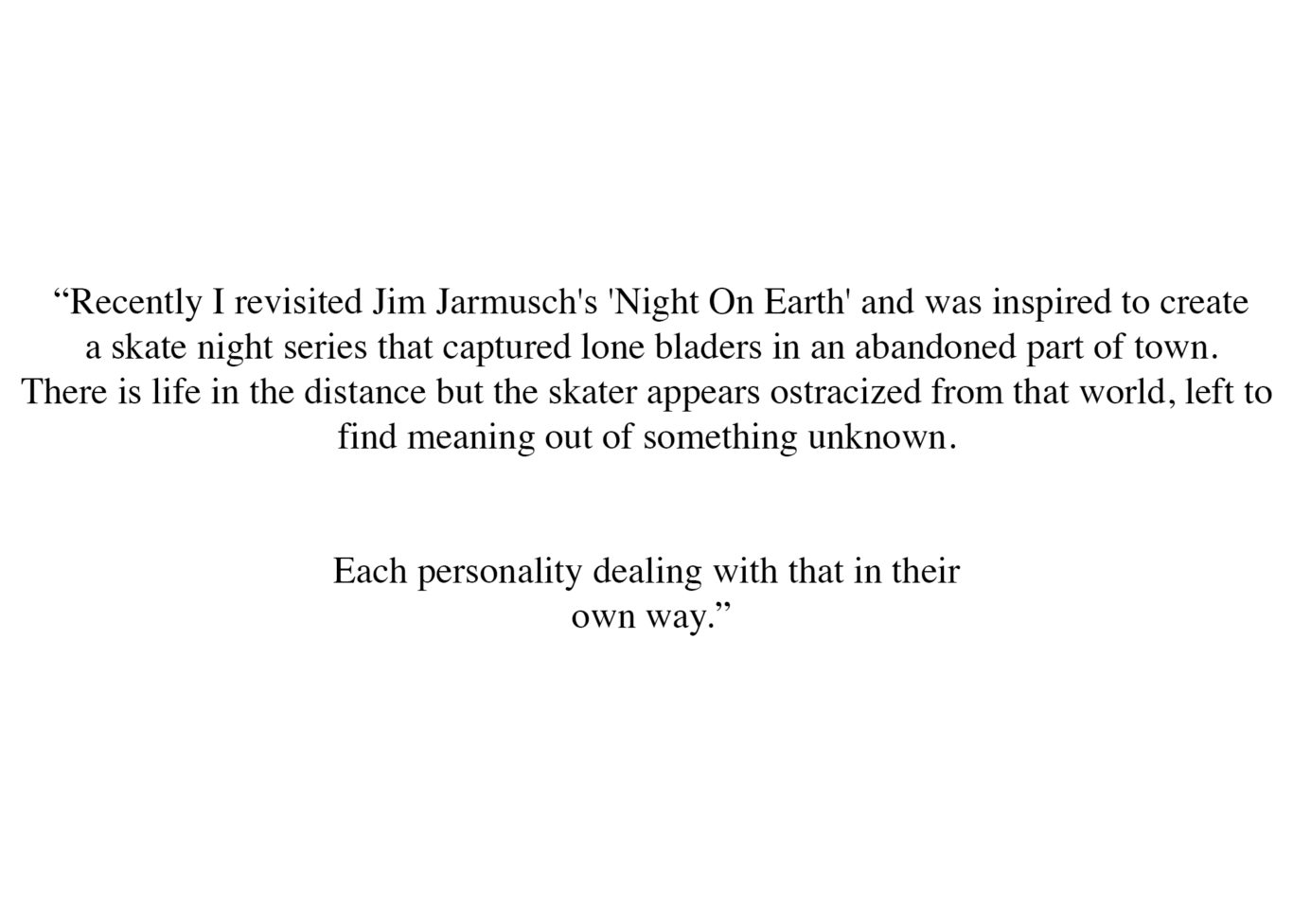 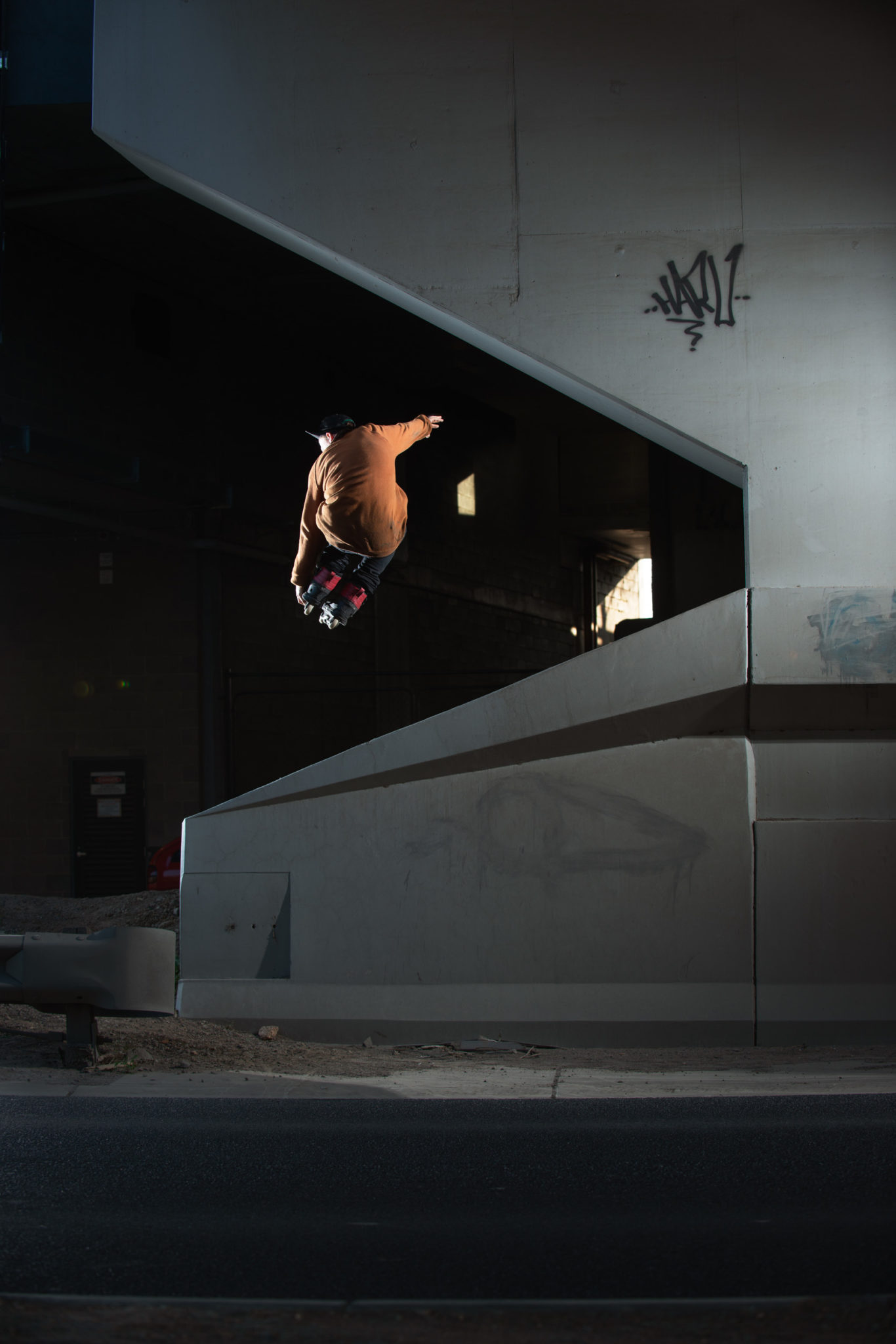 Intriguing but not surprising, as I see more and more photographers gravitating to the motion realm as it’s in more demand these days because of social media. So let’s focus over to your equipment. What are you using now, what do you like about what you use, and what do you want to change or improve upon with it?

For skating shots, I’m shooting with a Nikon D850 and loving it. Particularly the functionality with the touchscreen which I’ve found more user friendly than other cameras I’ve tried. I usually bring a few lenses (16mm, 17-35mm, 50mm and 85mm) to cover me for most situations. I also pack a 45mm TS for if I want to experiment with tilt shift.

For lighting, I’ve been saving up for a while now and got a pair of second-hand ( Profoto ) B1X’s along with an A1 speedlight. It’s simplified my process and opened up further creative opportunities with the HSS function. They’re also faster to set up and pack up when you’re on the go. Overall, after years of trial, trading, saving and selling, I’m now feeling very blessed with this current setup. 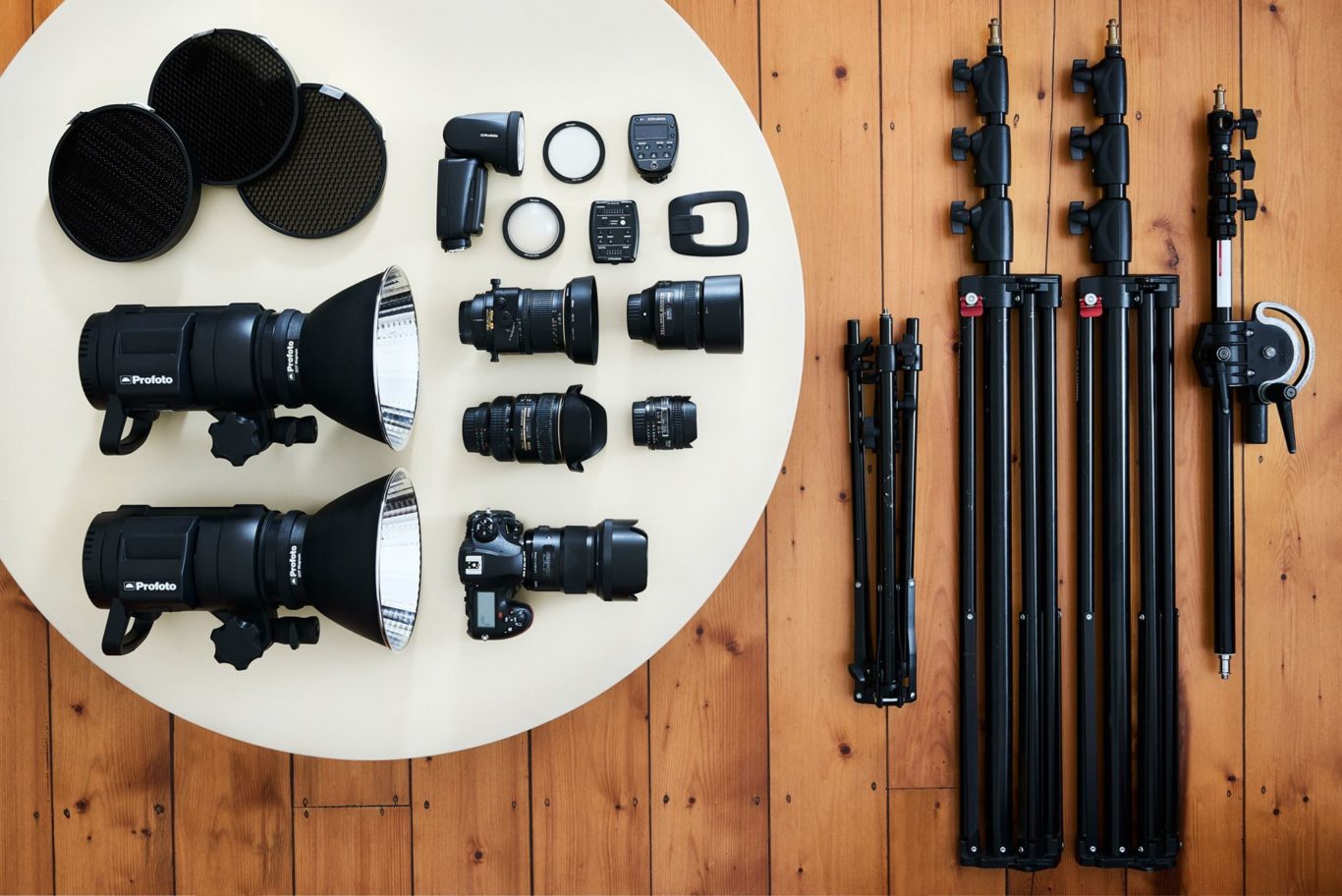 Photograph by Hayden Golder for Be-Mag

Definitely think you have one of the best set ups, seems to really cover the whole gamut of what is required. So let me ask,  I saw you shot the flyer for the Australian Rolling Open, can you tell me a bit about that as well?

We have a tradition of having last year’s comp winner grace the poster for the following year. As CJ won the 2017 Rolling Open, we chose a shot I took of him a few years back at Bondi Bowl. This year once again Jenny Logue is leading the event organization. We’ve been so lucky to have her as part of our community here in Melbourne. She’s a real legend! So, we’re all set for Saturday 10th of November at The Park in Geelong just outside of Melbourne. 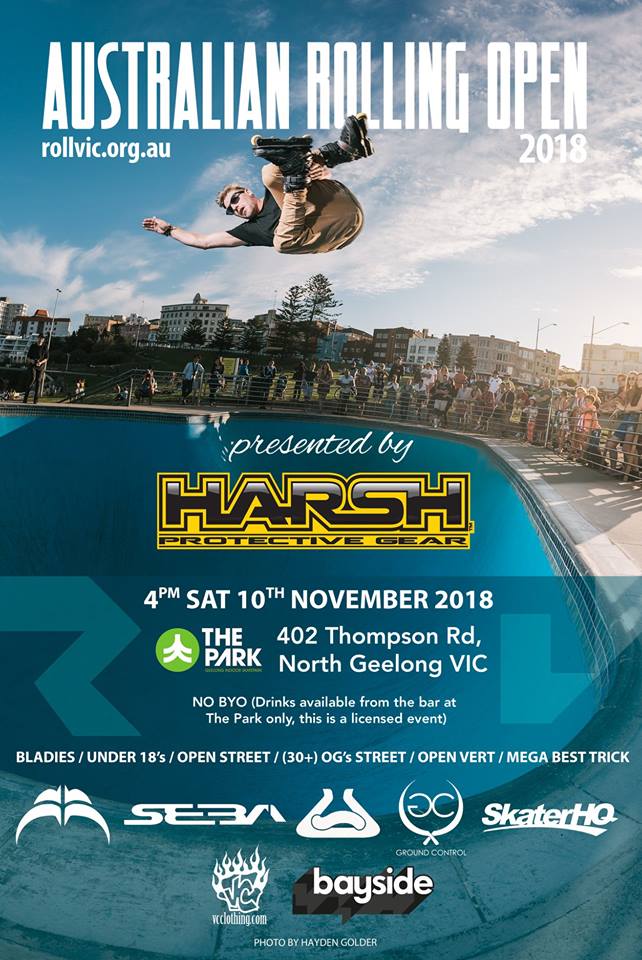 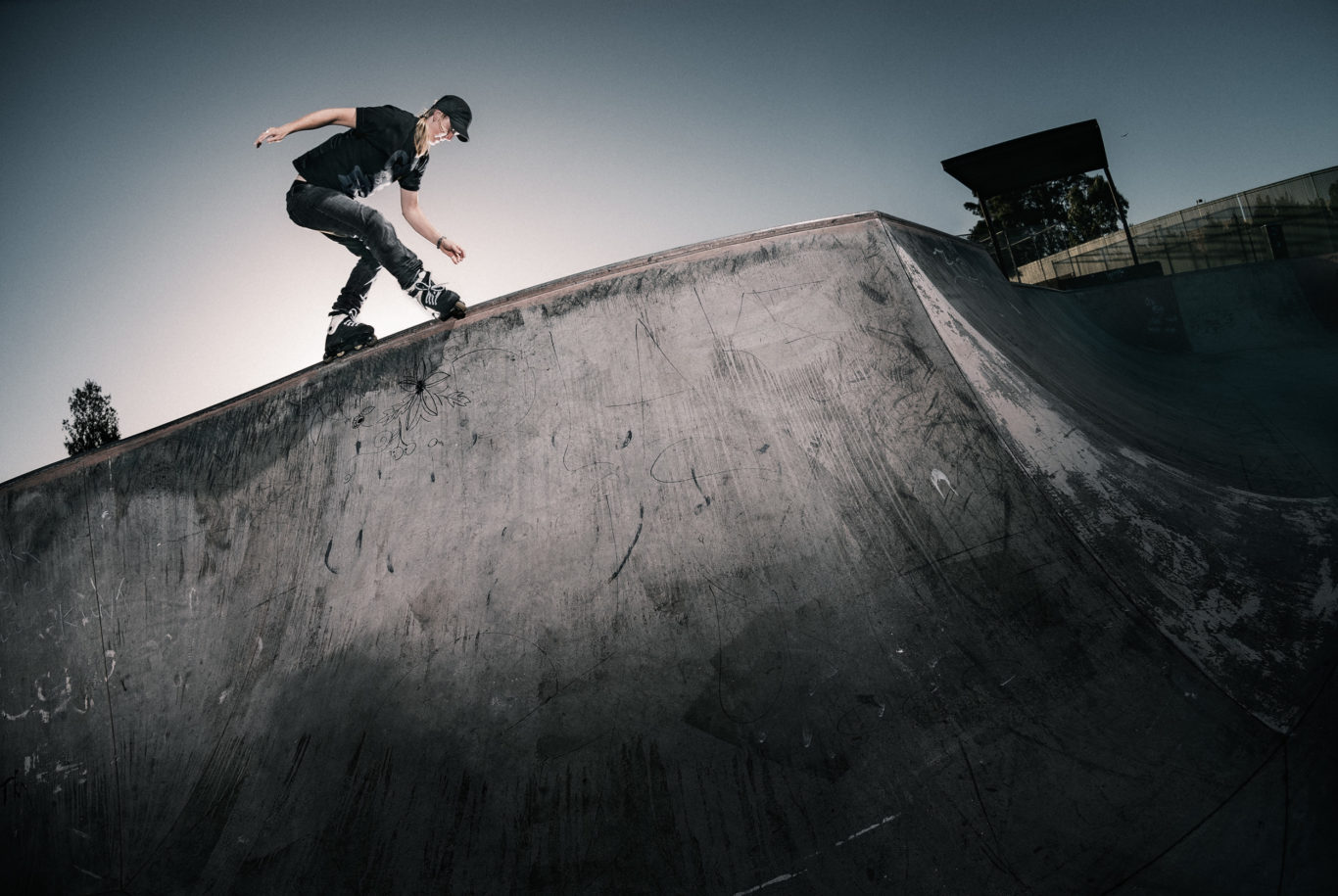 I’m currently working on a short film with a couple of friends. We’re just having fun and taking our time with it but hope to start shooting by the end of the year.

Also been speaking with some skaters about a project in print. There are a few ideas in the air, so it will be interesting to see how we go! 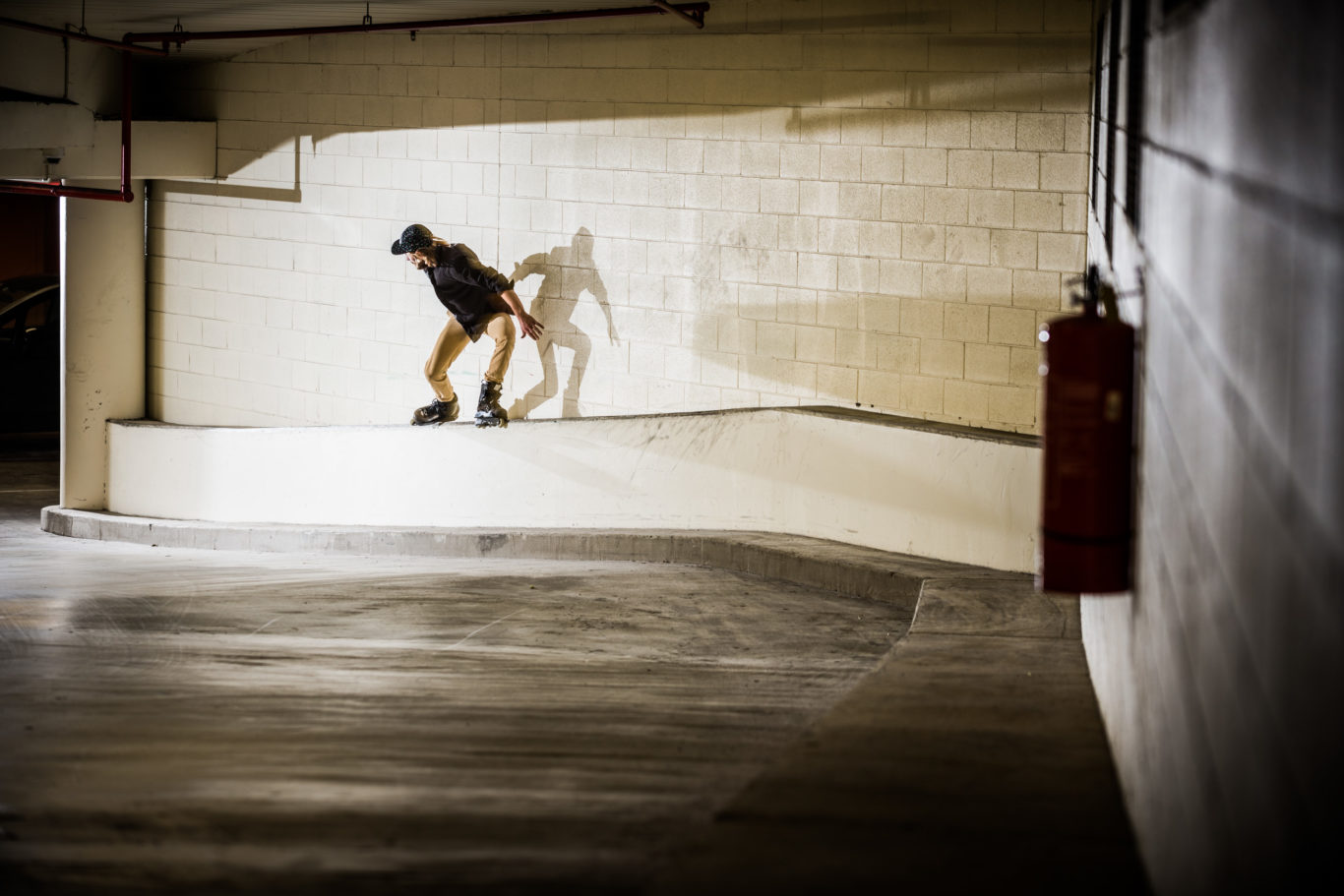 Hearing the word print just warms my heart haha! Let’s end this off with one final question, a simple one but it may entail a complex answer, no pressure though hehe. That said, where do you see yourself in 10 years?

Hahahaha! Well, hopefully still skating! Yeah, that is a tough one… I’m going to be completely honest with you, I’m not a real long-term planner.

I like to keep things open, but I do hope that whatever I’m doing, it’s somehow benefiting my community in some way too. 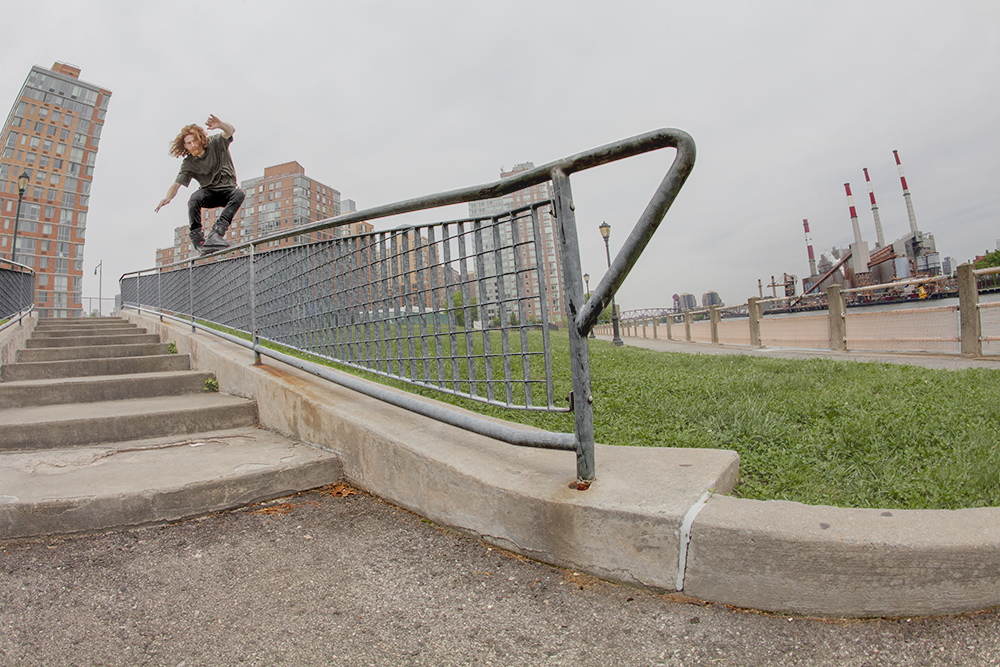 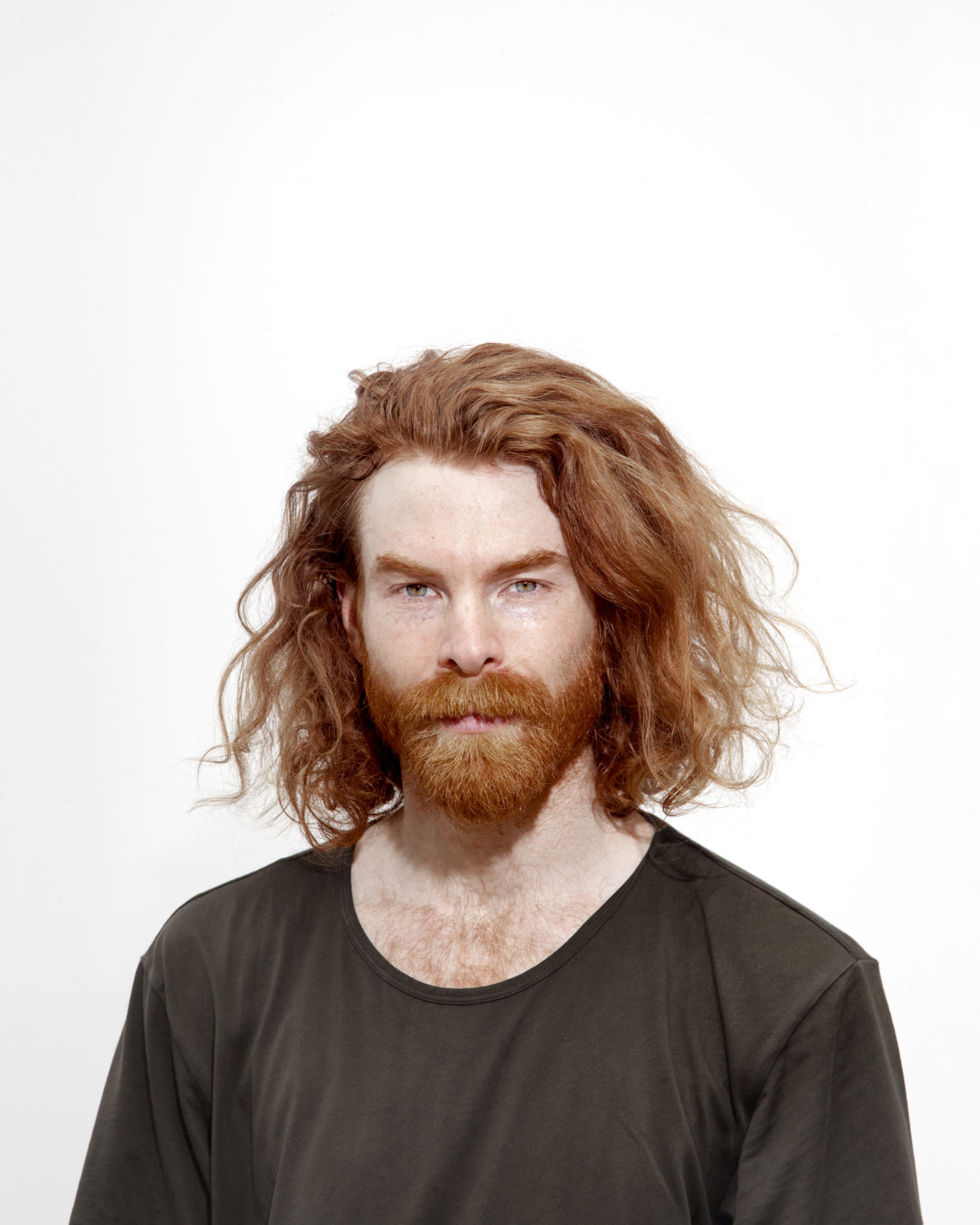 HAYDEN GOLDER LIVES IN MELBOURNE, VICTORIA, AUSTRALIA AND WORKS AS A PHOTOGRAPHER.

HE’S BEEN PHOTOGRAPHING FOR OVER A DECADE.