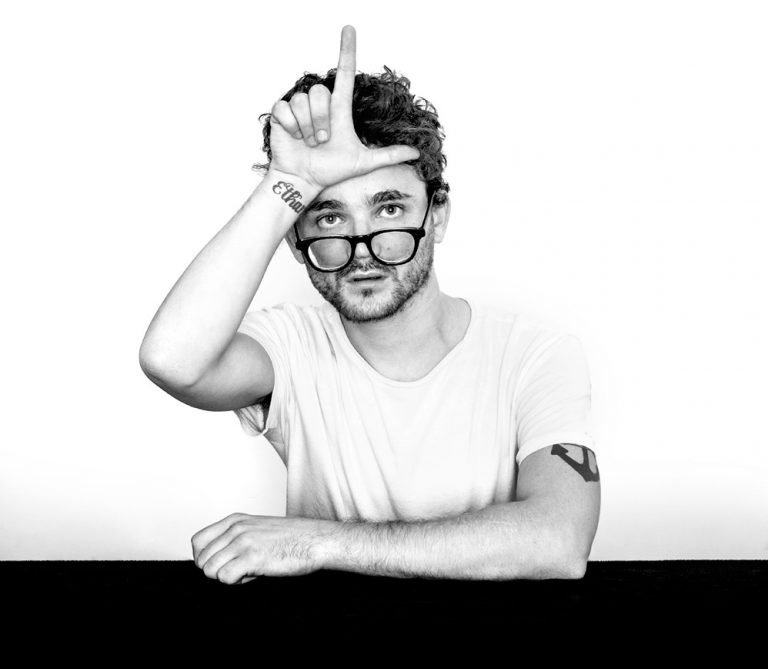 Ryan Loewy has been instrumental in getting the New York scene back on the map of the mainstream rollerblading media, dare I call Be-Mag mainstream. He’s always offering Be-Mag new stories, he gets out and shoots, he talks to people, and his passion for both rollerblading and photography is undeniable. He’s had his fair share of self-doubt, as is the case with anyone who’s ever tried pursuing an art. His photos always show the natural dynamics of rollerblading, and his photography as a whole reflects the busyness of NY. 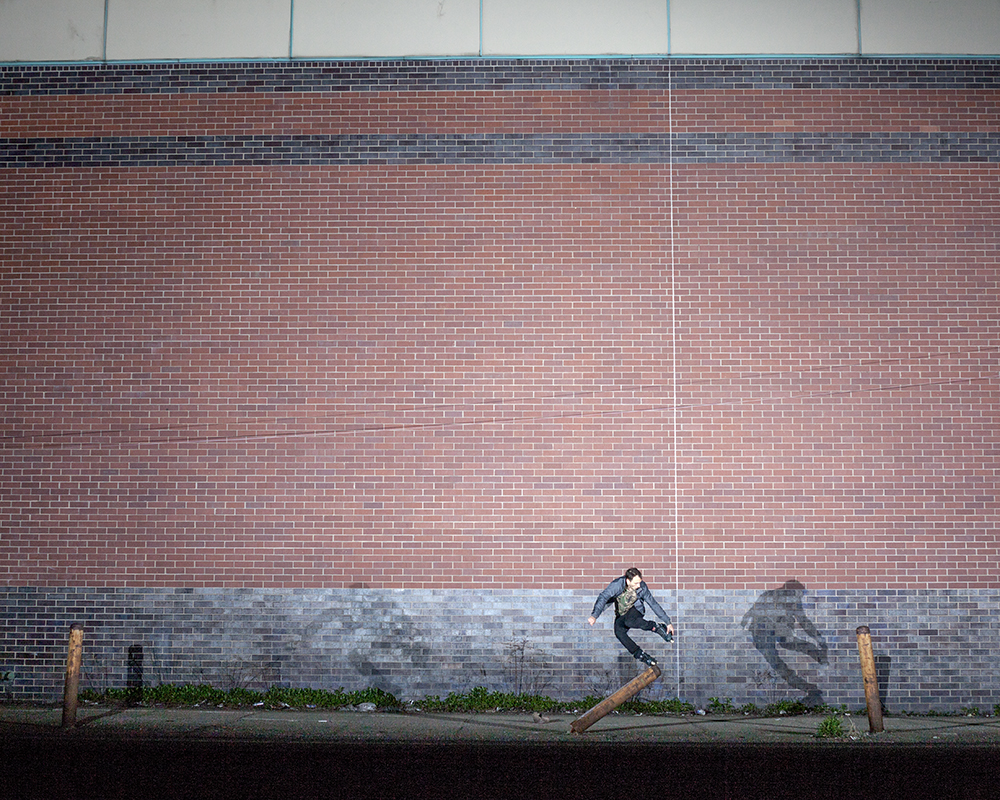 Ryan, what does being a rollerblading photog in NY actually look like?
Nothing extravagant, but living in an iconic place such as New York lends itself well for making photographs.
NYC is a mecca for travel, and there are always people coming in and out for various periods of time, so NYC gets a good amount of transients which I think is always a great thing. Linking up with people isn’t too hard. Once you start working outside the city, however, specifically like in Long Island and up state, it’s a bit more work as it relies on having a car.

How hard are people to work with?
It depends on who you are working with and your intents. Whenever I am working on something, I have a set goal of what I am trying to get done. I’ve pitched stories to people in the past in which nothing comes to fruition, or maybe they’ll be difficult to get things done, and from there I’ll learn not to reach out to that person again. But that’s just how it works in general, people either jive with your or they don’t, and you learn to move on past that. 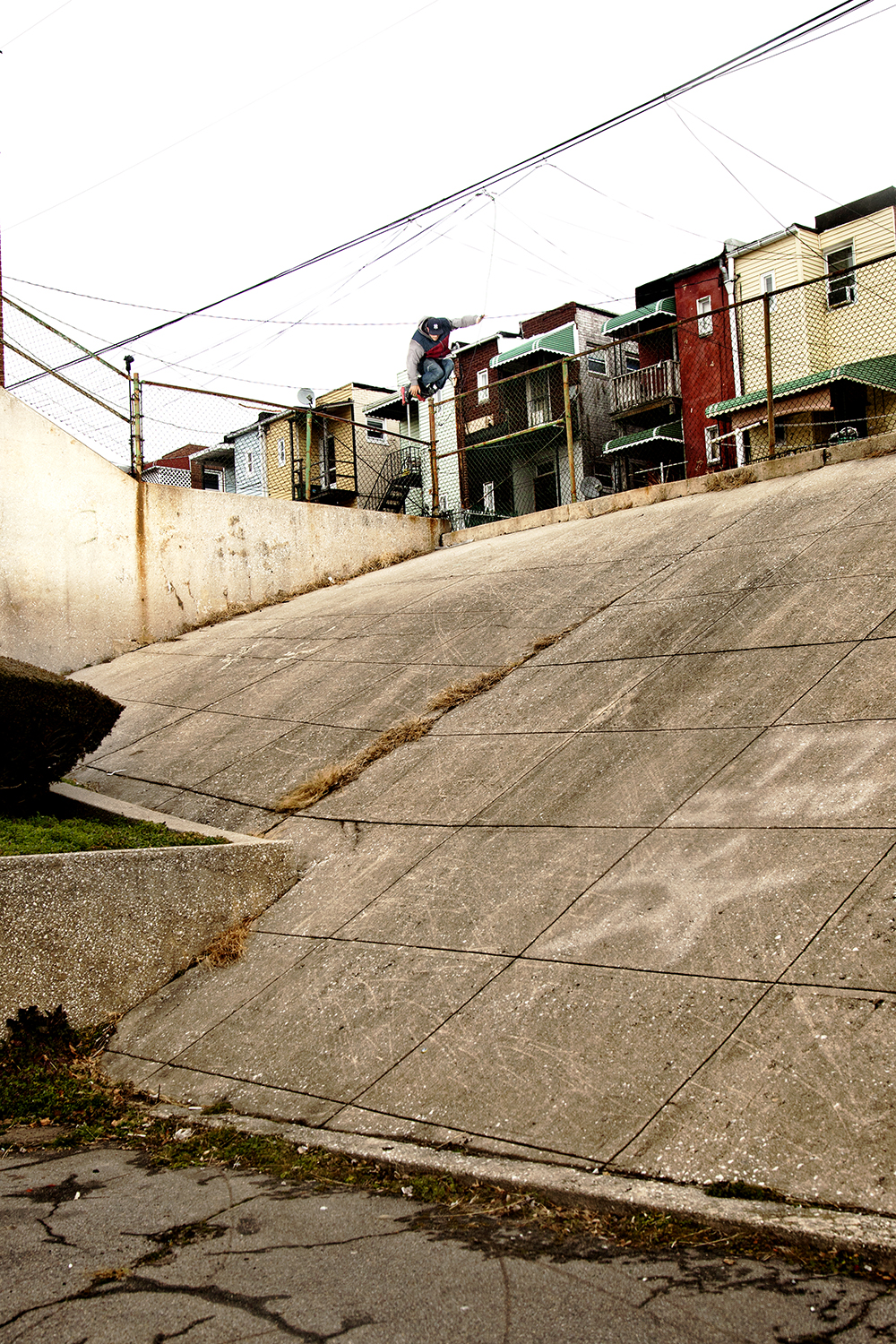 NY people seem a lot more gritty than let’s say bladers on the west coast?
I think NY’ers in general are more likely to be in your face about things, but I mean, I can’t say that for everyone. There’s homies that will talk and back, and then those that don’t, and I think every scene has that. I think there’s been a lot of animosity recently in NY between a few homies, but ultimately it gets dealt with and in the end people know who’s true to their word and who isn’t.

Also, how do you comment the fact that NY is so huge and has a big blading scene but when put into relation, towns with a lot less people have produced more internationally known pros?
Eh, I mean, I think it depends on the person. I do not think a scene can necessarily be like, held for having to produce the next pro or anything. I mean, it can certainly cultivate that, but I think that is more on the skater to do. I think anyone that has become pro is because they have a vision for their skating and they know how they want to present it and what not. Whether they come from a big scene like NYC or a tiny one from a random state in the middle of nowhere, I mean, part of me feels like it doesn’t’ matter. 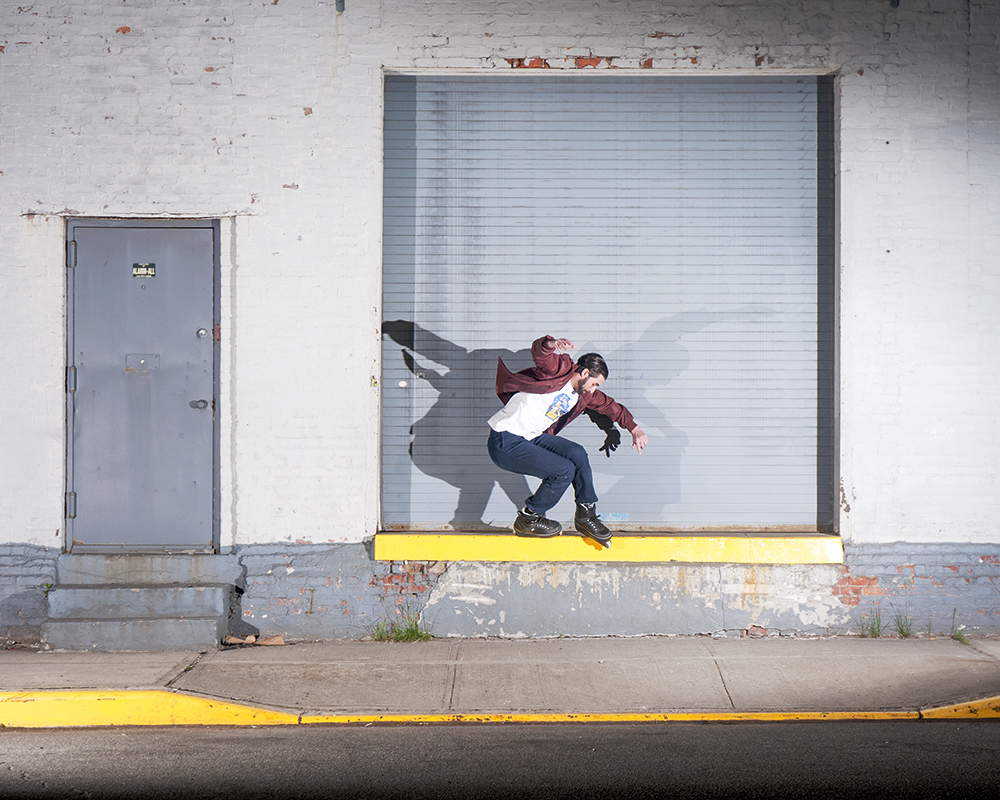 What got you back into shooting blading? You kind of disappeared for a while?
I got burnt out last summer from a combination of things. I was shooting some comps and people were taking images I had shot and not crediting them, or editing them, and that pissed me off mainly because I invest a lot into what I do, both monetarily and time wise. So, when someone would go and do that, especially like a skate company, it seemed like a big “Fuck You” to me.
I was also trying to get myself into the editorial realm of photography, and that totally burned me out too, mainly because I was spending a shit ton of time and sacrificing work hours to do meetings with editors that just ignored me after. It didn’t help either that I had recently quit a photo job where my boss told me I had no chance of succeeding. And I was working with some photogs here and there doing assisting and would get burned on getting paid. Like this one photographer tried to tell she couldn’t pay me $90 for a whole month, after the fact that I already assisted for her. And I started to lose sight of what the fuck I was doing and why I was doing photography in general. So I stopped shooting for a bit. I went through this “fuck photography” phase and just didn’t want to do it anymore. I was just in this cloud of “fuck you”-ery, and was super pissed off for a while.
I think part of what made me so angry was the financial aspect of it. People thought you could just work for free because that’s “just how the industry works” or some bullshit and that doing it was another “step” to “getting in”. Ha, I remember this other photographer I worked for, and he told me some like, “powers that be” bullshit that the editorial field only allows 3-5 new photogs into the industry a year. Like it is some sort of secret society. I thought that shit was absurd. I still don’t agree with that shit.
I finally collected myself though, and around June this past year I started to get myself back into a better state of mind. I decided to just shoot for myself on my terms when I wanted and I didn’t care if people liked what I was doing. If they did, great, if not, then that’s cool man. 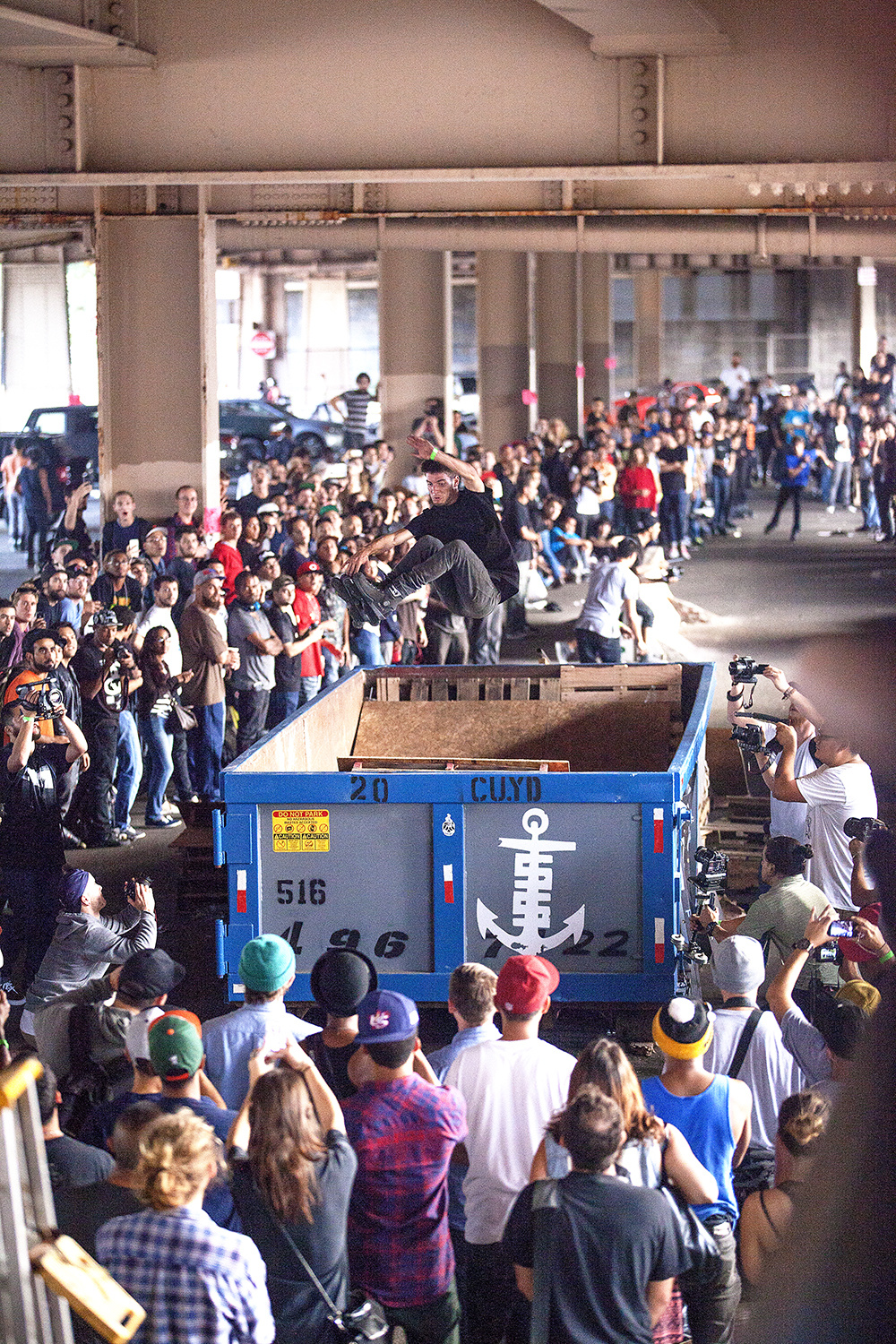 Who are your photography idols? Do you have any both in and outside of blading?
I have more that I look up to outside of blading that list that really hasn’t changed that much over the years, maybe I need to start looking more at Vice or something, but my favorites have always been Melissa Butler, Josh Earley, Greg Miller, Chris Buck and Danny Winters. Each of them have a personality to their work and an excellent understanding of the craft and those people inspire me the most. But I am also influenced by those outside of photography too.
Blade wise, Kazu has been absolutely killing it with his road trip across America. ONE better elect him for photog of the year. Drew Amato was always an inspiration. And Ryan Schude was probably the first photographer I saw in blading that was making intriguing portraits. John Haynes has probably produced some of the more iconic skate photos I’ve seen, and he once shot a story on large format which I thought was pretty bad ass. I also am very inspired by Christian Delfino. I’m always getting hyped on his work and what he does. I also really liked Shane Coburn’s art direction for Mindgame and Xsjado, I found a lot of inspiration in that. Jeremy Beightol is also another person that I really look up to, even though he isn’t a photographer I still get inspired by him and his work.

What setups do you use and for what?
I have a Canon 5D Mk 2 that I bought used, and a 24-105 that I bought used too…I really don’t have any sort of fancy set up or lenses, although I wish I did. I use 30 year old Sunpaks and a Nikon flash that’s seen better days. Pweezys to keep me connected, all packed into a camera bag that Dave Ngo gave me (thanks Dave!). I use a iMac to edit too with photoshop. I fucking hate lightroom. 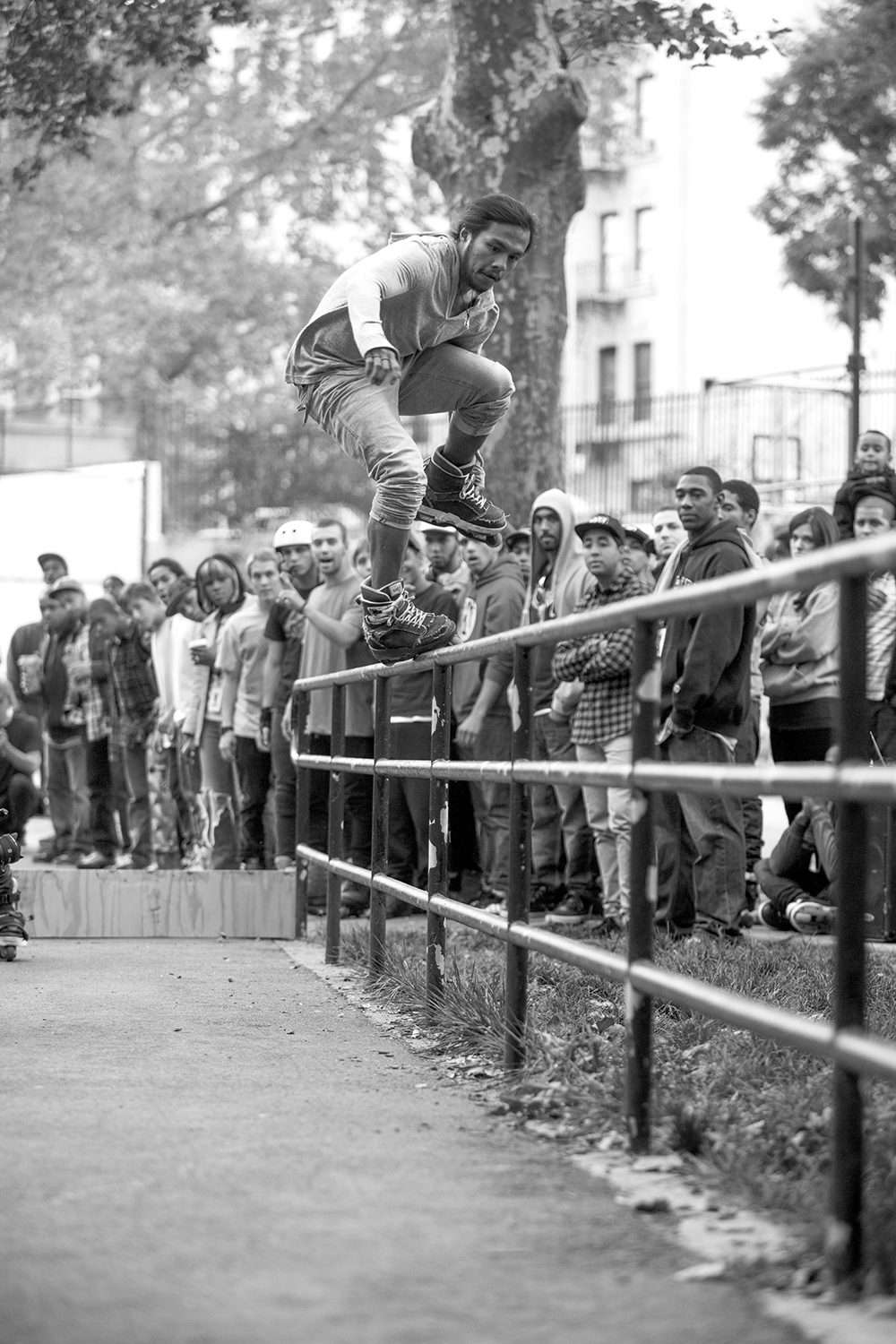 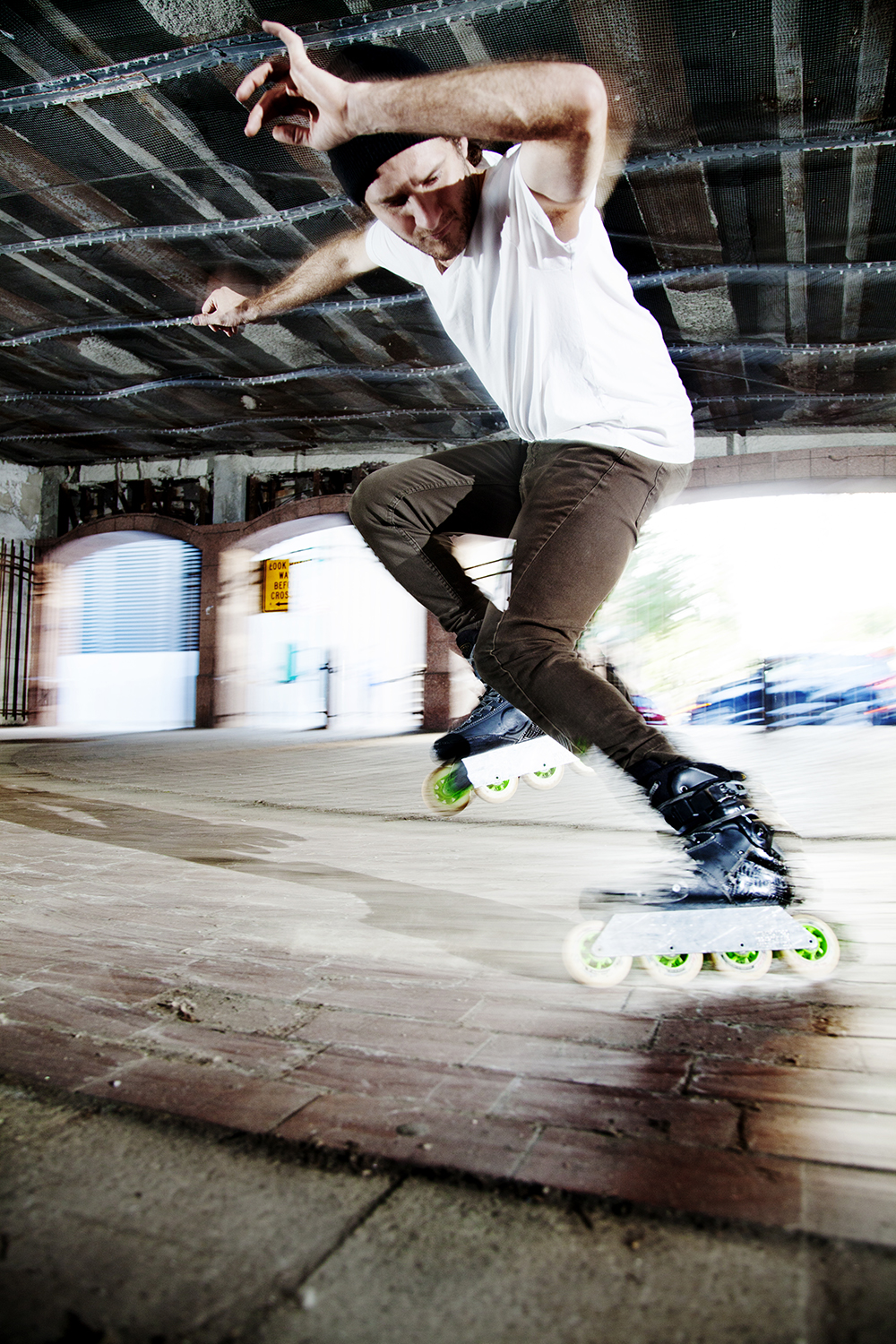 Do you have a favourite blader to work with?
Without a doubt Tadd Labozzetta. Tadd is just like me when it comes to working on a project: have a plan, execute, and repeat until you’re done. Whenever I work with Tadd, he presents a list of spots and often we drive in his car, so with those two things in mind, I always find myself producing a lot when I work with him. Also he’s one of the most hard working guys I know and just super talented in general.
I really liked shooting with Justin Brasco too because of his style and he always makes me laugh, and I love good humor.
Sean Grossman has been someone I’ve worked with for a while and I am always glad to work on bigger projects with him.
And Dave Ngo. I love Dave Ngo. Best style hands down.

Would you share some of your favorite and least favourite bladers and projects you worked on?
Favorite’s would have to be the Boschi Pope Skate Off, mainly because I could utilize my style of portraiture. Also working with Sean Grossman on the imagery for Big Apple Blade and Caprice. I’m working on a piece with Joe Dedentro right now and that is something I really proud to be producing.
Least favorite…I shot the SDSF open back in like, 2010, and that was one of the worst experiences. I flew out there to do live coverage and I was just completely unprepared. And the photos I shot came out like shit. So that was probably one of my worst experiences to date. 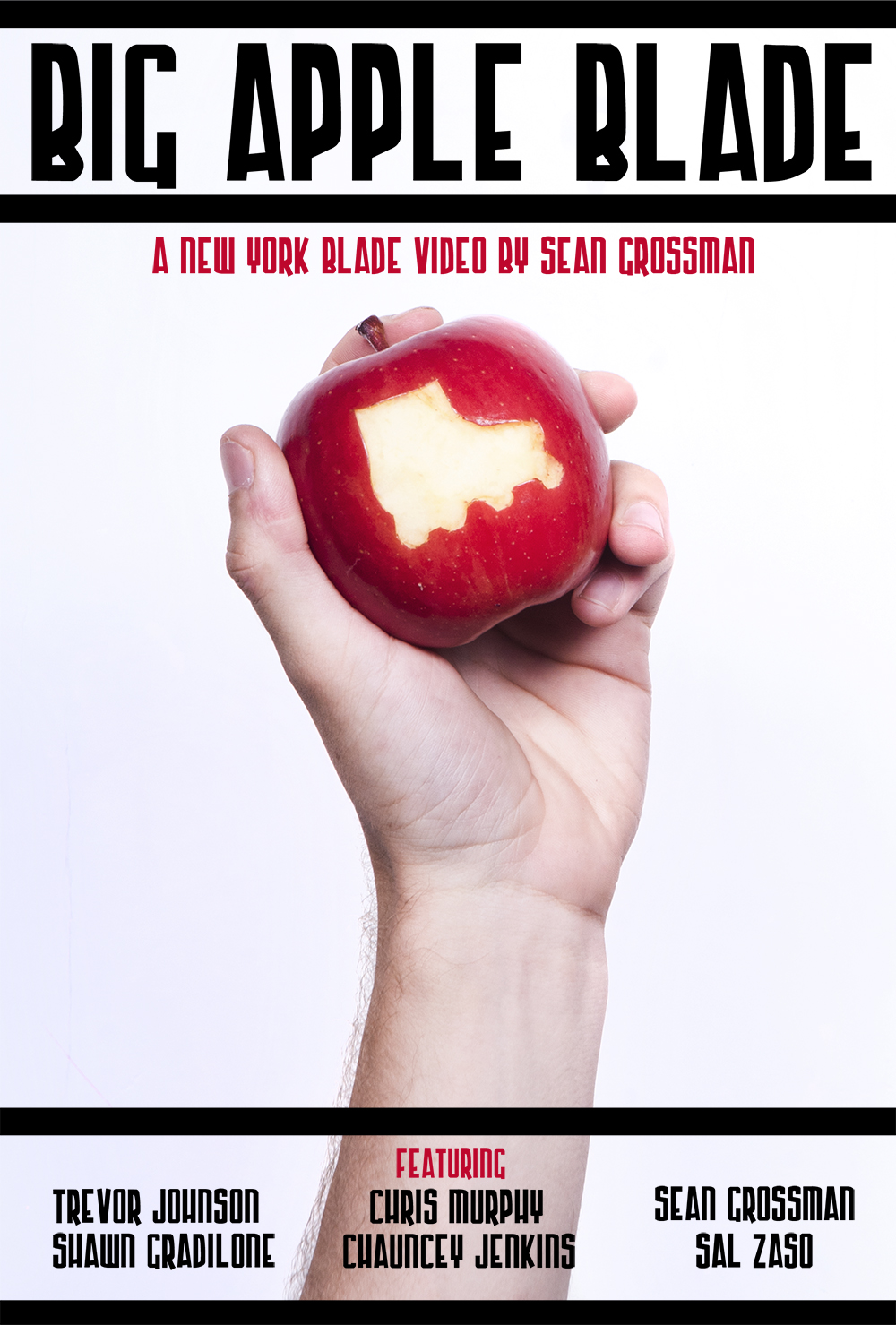 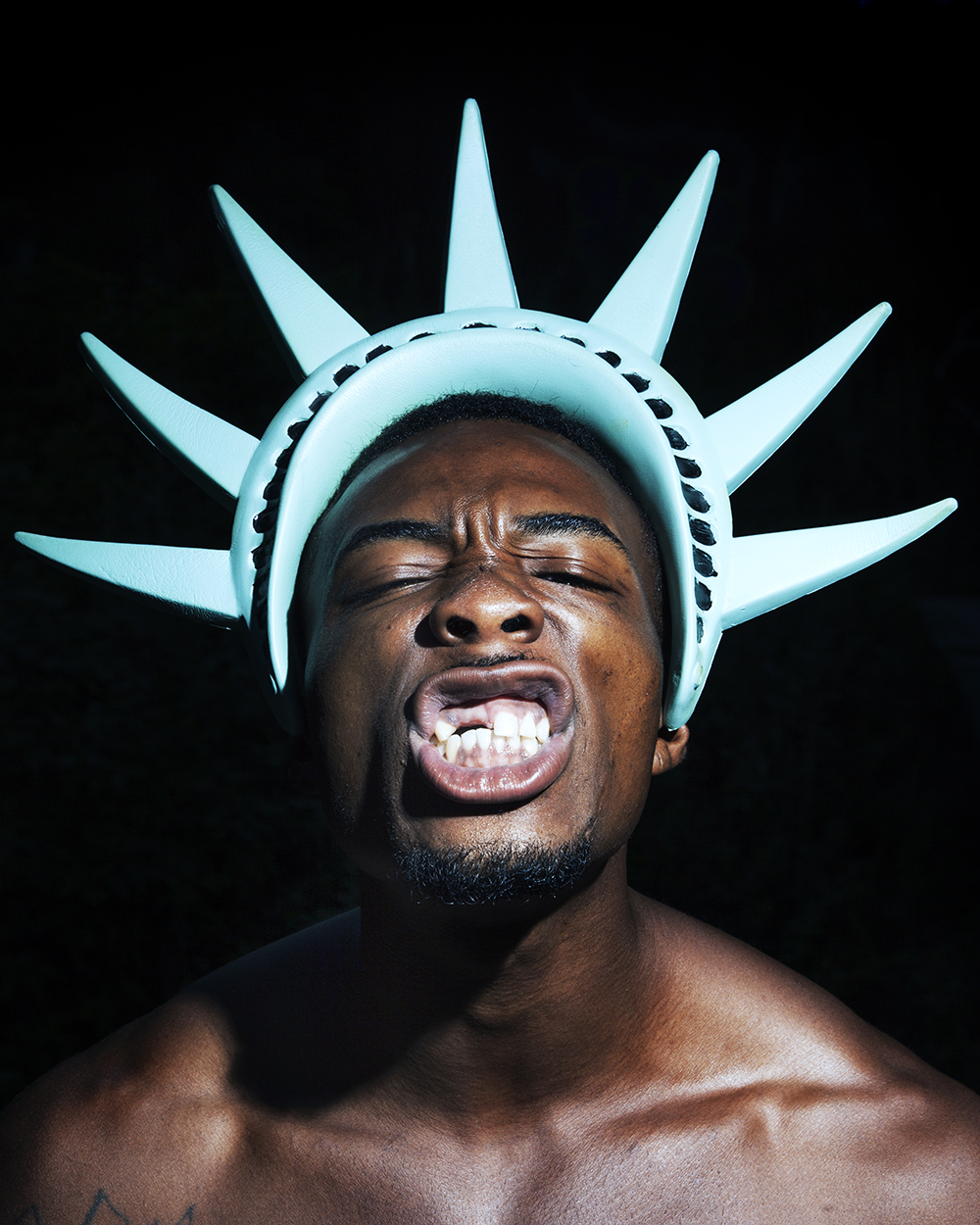 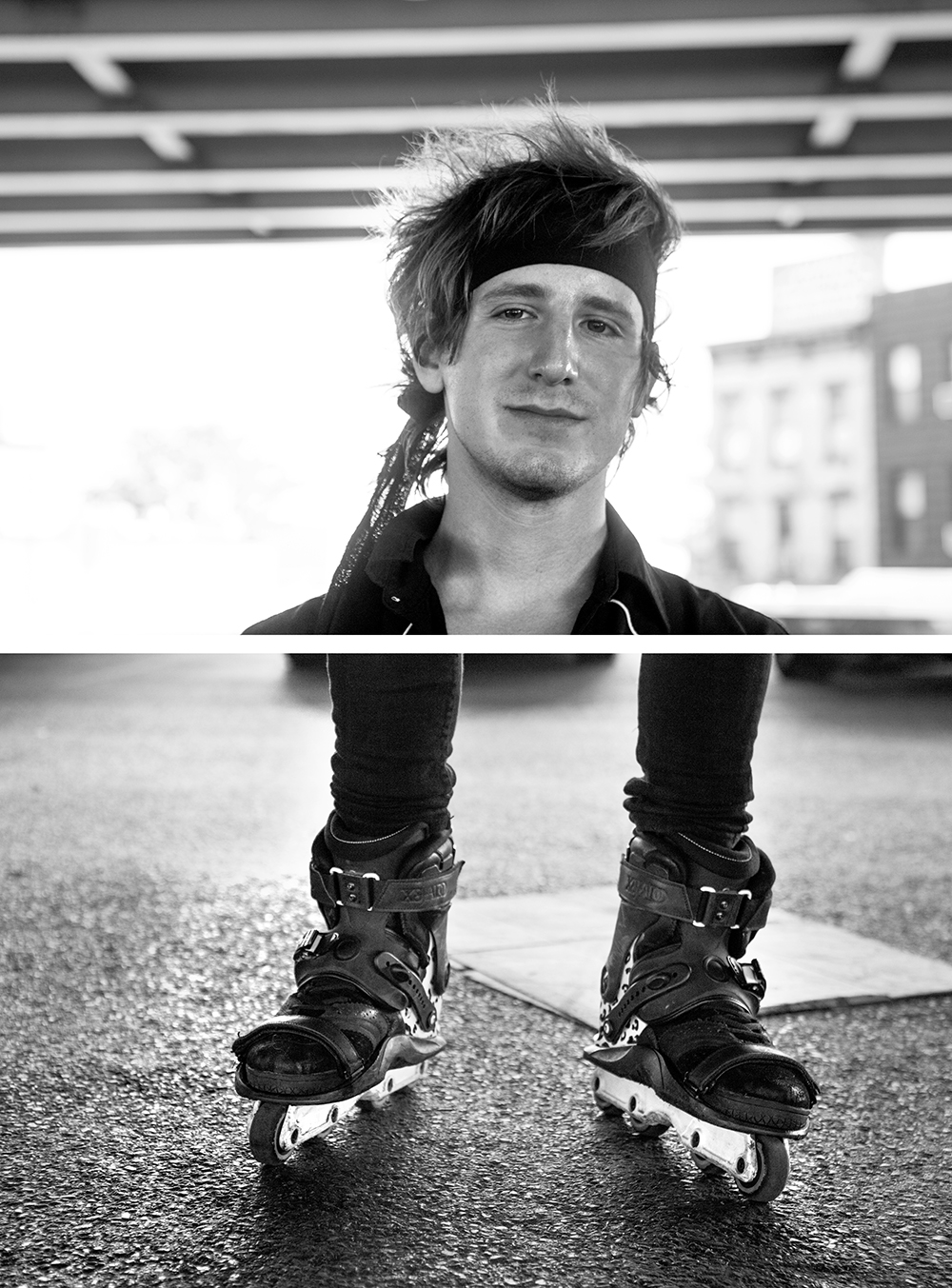 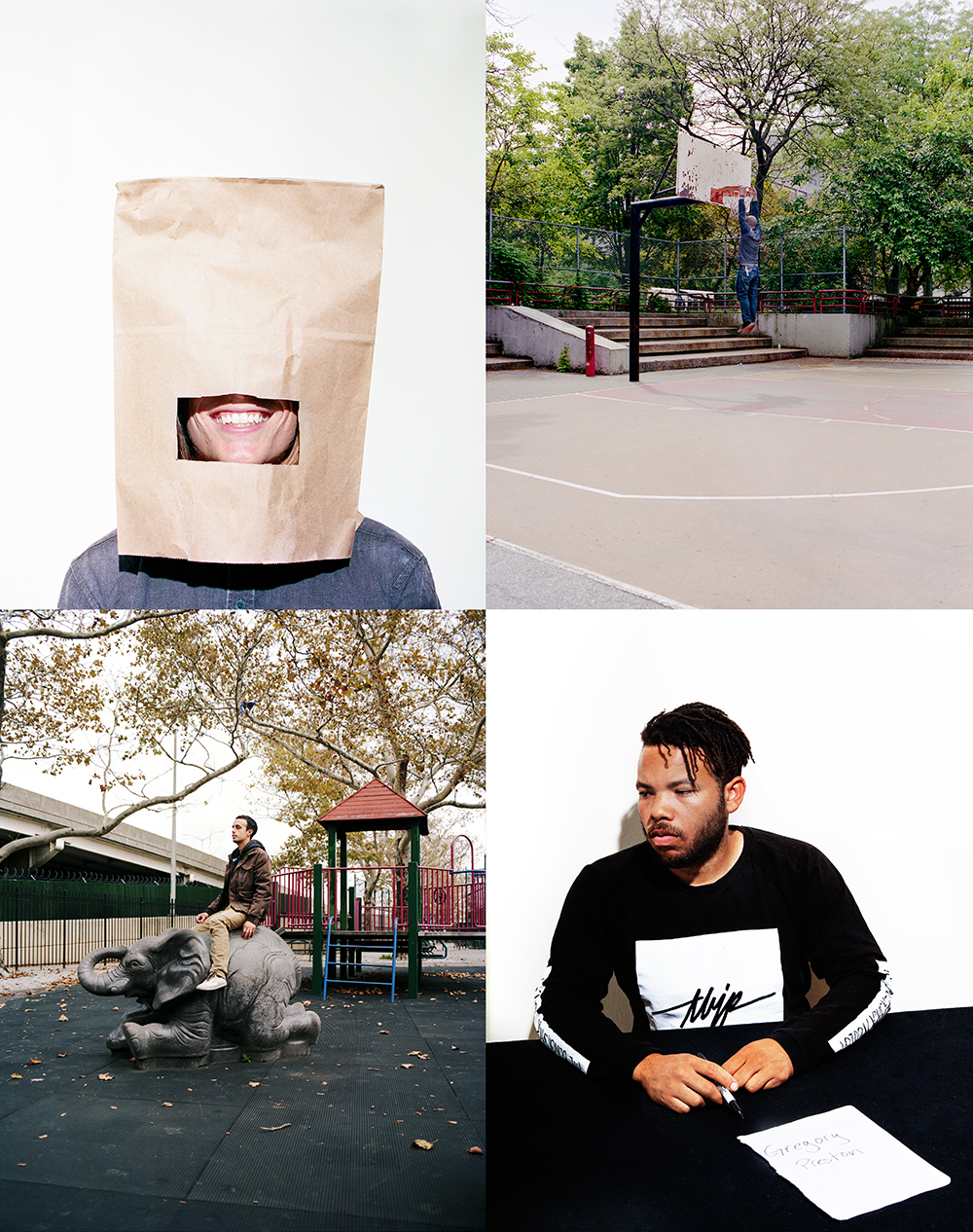 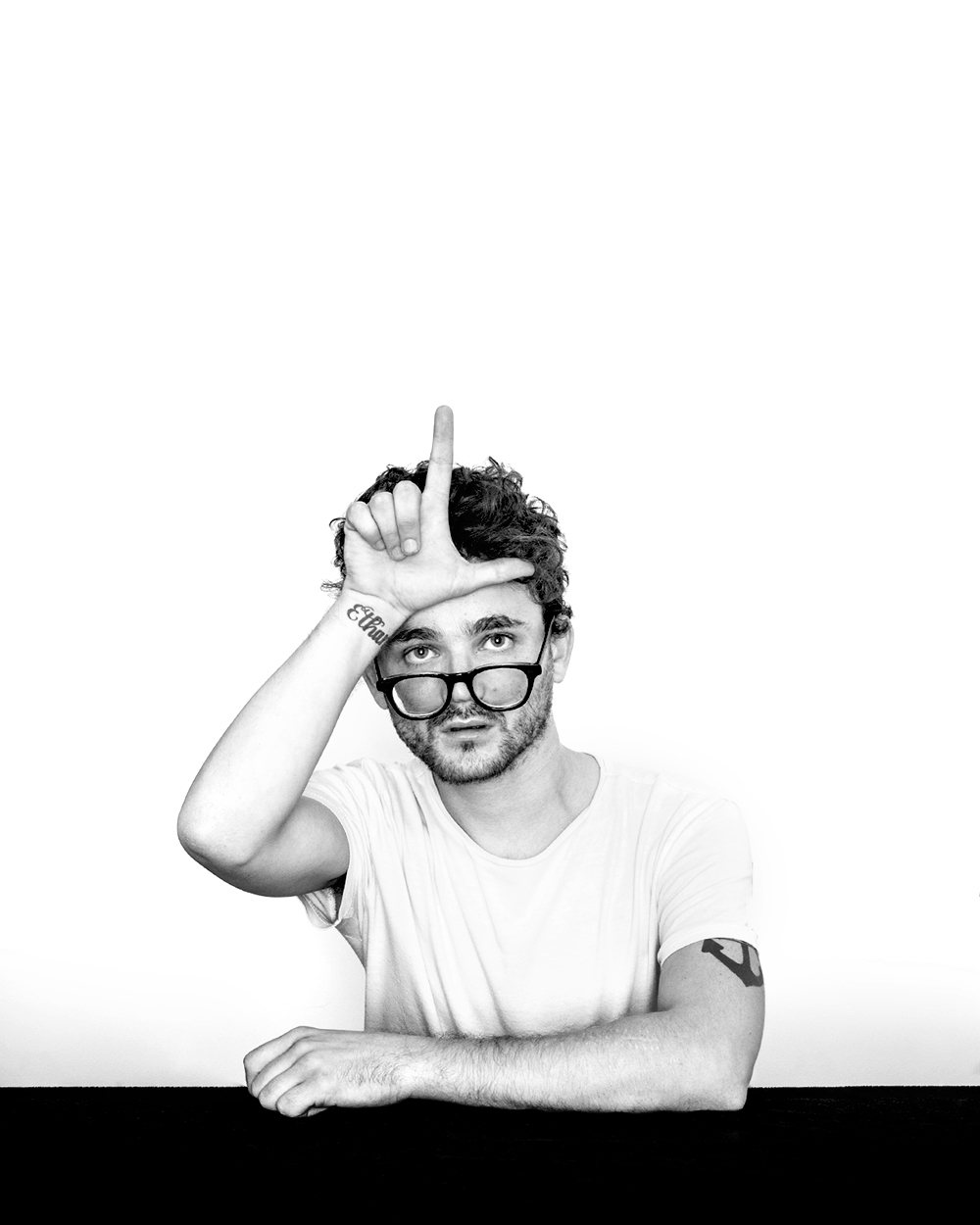