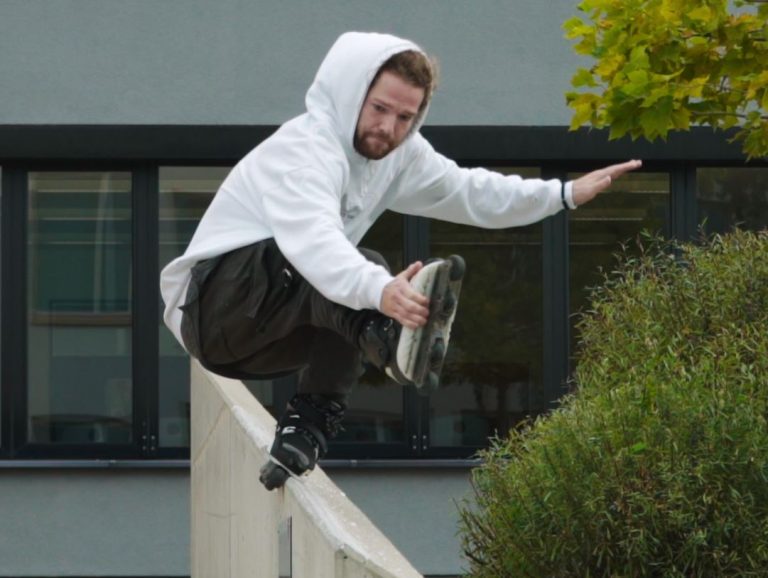 Even though it’s a cliché and at the risk of repeating myself, it’s just plain to see that USD, Kizer and Undercover pro Eugen Enin is one of the people producing the highest quality content in the past few years. And he’s doing it literally on a weekly basis, by himself or with his Borklyn Zoo Genossen. I thought about taking the liberty of advising him to slow down a bit to avoid oversaturation, but each clip he puts out brings something new to the table. This time it’s the Bebop Sessions he’s produced with his bro Daniel as a continuation of sorts, of the Shaolin Sessions video. The backstory is that Shaolin session was inspired by the anime classic from early 2000 called samurai champloo which was a crossover between Japanese Edo period history and Classic hiphop elements. The director and brilliant mind behind it, Watanabe, Eugen says, is the same dude who did the 90’s hit Cowboy Bebop which was a mixup between old western / gangster / kungfu movies with some jazz bebop elements and all of that in a futuristic scifi scenario. Ofcourse, we had a little chat with Eugen to give you some perspective of the stuff he does in Bebop Sessions.

What the hell were you thinking with those double grab 540s and that rocket royale? Where did those tricks come from? The rocket royale looks heavily skiing influenced, is it?
I really got obsessed with finding new ways of making already known tricks more interesting or show them in a different way. Especially using grabs for that is one of my favorite things as you could already see in my previous projects. Like in my pro skate promo, the back royale to true soul with holding a stale grab all the way, the parallel grabbed back nugen to cross true fish or even back in SOTA the grabbed back unity to grabbed true mistral. I got inspired for these tricks over the years from all the creative dudes out there (too many to name, but you know who I’m talking about).

So, as a fan of anime, how do you think it actually translates into your skating?
Anime / Manga inspires me like movies do other people. I grew up with them and they drew my attention to so many different things over the years that nowadays a lot of my interests are a result of that. They can inspire and motivate me and they’re one of the reasons I don’t just want to do trick executions in my videos but show more.

What about the music choices, you said Mark (Heuss) doesn’t really dig jazz (and neither do I, LOL), but it really goes well with the filming? Onto the visuals, what cartoon are they from and can you name your top five anime movies?
The music choice was directly connected with our choice of the anime scenes since they’re both from Cowboy Bebop, which is heavily Jazz influenced. Plus, my brother and me like that music. We planned to kinda connect that project to our Shaolin Sessions Video since both Animes, which are used in those Videos and inspired them are directed by Shinichirō Watanabe, you should check his work.

Top five anime movies?
Way to hard to answer that but here are a few of my favorite movies and series:
Ghost in the Shell 1 & 2
Princess Mononoke and other Ghibli movies
Akira
Samurai Champloo and Cowboy Bebop
And for sure classic stuff like Dragon Ball Z, NGE, Naruto, or even Digimon (early series). Or newer stuff like One Punch man, Mob psycho 100 or Tokyo Ghoul.

Also, how come you put this one out for free?
Since it’s Danny’s first bigger project with his new cam and since we already dropped the Elite Series VOD with Jonas this year, we decided to release a fully packed and well-made section for free to give something back to the people for all the love we received during the last few years.