Though there’s no shortage of solid reasons to pay the extraordinary city of Amsterdam a visit, last week’s USWA brought yet another piece of evidence to the case. Also known as the Urban Sports Week Amsterdam, after a one-year hiatus the multi-sports event came back strong in 2019 with a variety of activities on display. Fortunately for us, it also came with lots of sun, hoards of bicycles and a literal ton of ice cream:

So if you were looking for a reason to take the trip to Amsterdam, follow us for a quick tour and read on! 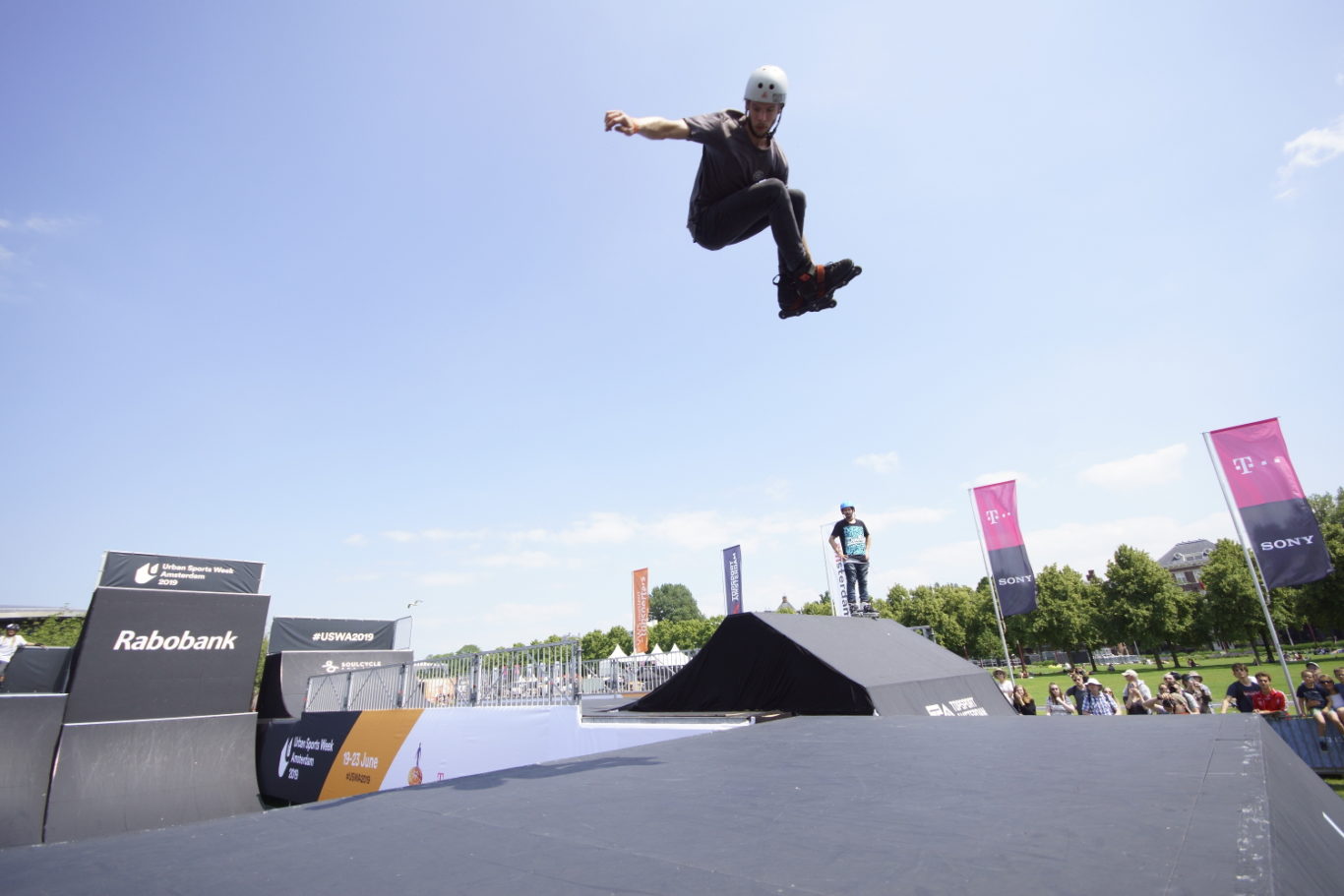 Taking place on Museumplein, a prime touristic location in direct proximity of the Rijksmuseum, Van Gogh Museum, and Stedelijk Museum (not to forget the Concertgebouw concert hall as well), during five days the USWA hosts several competitions for skateboarding, 3X3 basketball, BMX and of course, inline skating! The aforementioned being included in Tokyo’s 2020 Olympics, Amsterdam thus provided a great platform for the latter to prove its worth and judging by the large, receptive crowd gathered on the lawn to watch the action live, the inclusion of blading in the Olympics should only be a matter of time!

But before we get too carried away, let’s get down to the action itself: It all started with a best trick contest on Thursday, which was then followed by three more. In short, 30 minutes jam sessions on different parts of the course every day, with the final competition being held on the entire park to wrap things up! While CJ Wellsmore got the best of the orange rail with a 270 backside savannah to top soul 540 out, Holland’s very own Jelle Briggeman destroyed the massive sub box, and Estonia’s Mats-Kaarel Ruus laced a 900 transfer from the flybox while holding onto the grab as long as he could! As for Sunday’s final contest, the Flying Dutchman simply one-upped himself on the sub box and alley-oop topsouled the whole thing… Twice! 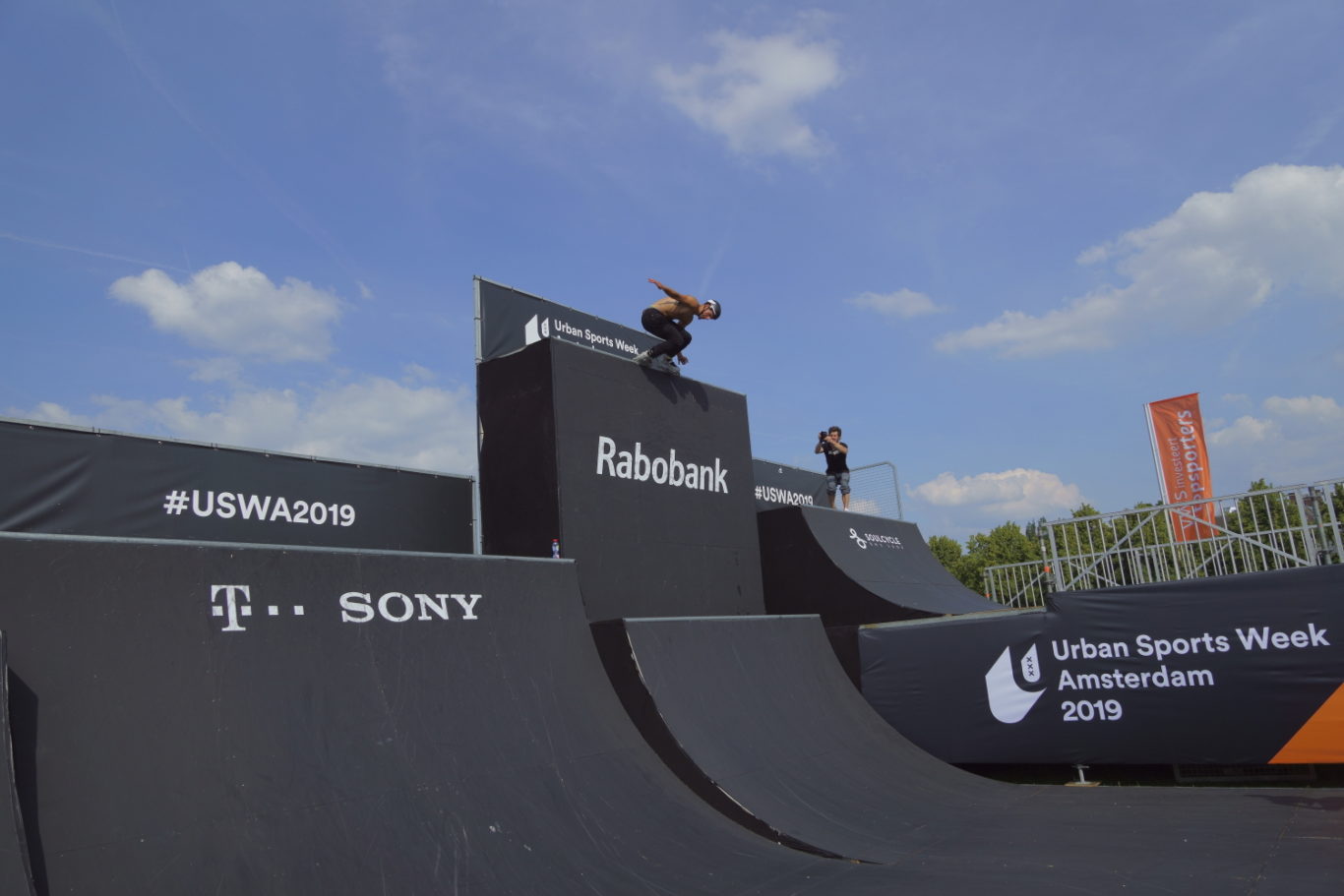 The main event was obviously the park contest, and after the five best amateurs got a chance to qualify for the pro competition, the level of skating steadily increased as days went by. The different jams proved to be a great way to dissect the park, one piece after the other, and it showed in the overall performance on Sunday. Take Jelle for instance, who managed to pack all of his biggest bangers into one jaw-dropping run, including an alley-oop makio on the sub box and top soul stall on the judges’ table. In the end, he fell short of making it onto the podium by only the fraction of a point. CJ brought his contagious excitement to the park with a high energy line, which saw the Aussie flying all over the course, earning himself 5th place and experiencing a near-death encounter in the process!

As for the top 3, it’s little to say the natural order of things got quite shaken up this time. While Joe Atkinson‘s usual mastery on this type of set up allowed him to cruise onto third place with the precision and flow he’s known for, tight maneuvers like his fakie 720 on the step down weren’t enough to counter Frenchman Diako Diaby‘s reckless flat spin transfer over the main quarter, or his incredible amplitude as he kept on spinning all over the course. The biggest upset however, came from street expert Yuto Goto. Mixing things up to perfection and leaving the supportive crowd in awe, not only did he lace flawless rotations over the fly box or step up, he also destroyed the rail and coping like only he can. Who else would dare moves as tricky as his 270 backside full torque rewind TTA on the rail, right in the middle of their run? If you know the answer, then you’ll easily understand how the Japanese steeze machine took the win in Amsterdam! 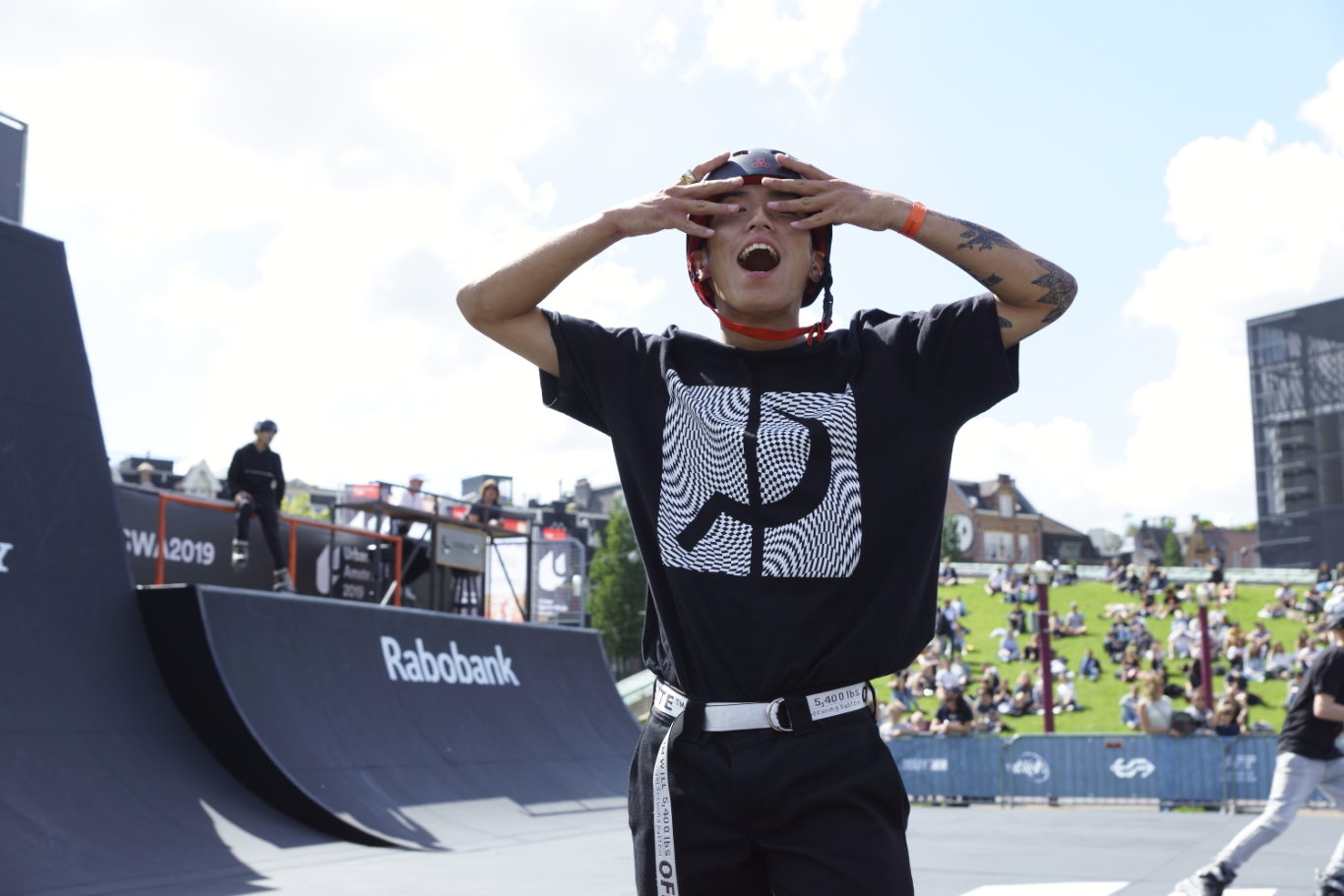 But while the main contest brought us an elite top 5, which proudly represents the current diversity of the sport and high-level of park skating, the main highlight of the whole event was most probably a representation of technical grinderblading at its finest. As a matter of fact, the side event organizer Sven Boekhorst aptly named the Amsterdam Knockout ended with a technical KO, stealing the show and proving to be one of the most entertaining events we’ve attended in a long time! The concept? Simple: Take a grindbox layered with two copings and an A-frame rail to spice things up, host a 16 players tournament, one head-to-head battle after the other, and you’ve got the recipe for one hell of a show!

And while technical monsters Nick Lomax and Yuto Goto quite logically took third and second, respectively, it was another upset which kept everyone on their toes until the very last second. The Yorkshire lad and ever-traveling Joe Atkinson put together an outstanding performance and laced bangers on every inch of available space, including the quarter pipes and, why not, the floor itself which proved to work quite well for cess slides! Displaying his genius and creativity once again, he managed to destroy the box all the same, shutting down the final battle with Yuto “Two Scoops” Goto with a perfect TTP up the A-frame, true spin backslide down, icing the cake with a 270 out. Well worth some champagne and fireworks, indeed!

The 2019 Urban Sports Week offered four intense days of inline action, yet despite the heat, a handful of survivors managed to take it to the streets afterwards, thus capturing some clips in the process. Just give Nils Jansons’ latest Vlog a watch for proof! Indeed, Amsterdam does offer the perfect scenery for all things blading: Just meters away from the main contest for instance, you can find a perfect spine ramp which is easily 15 meters wide. A quick bike ride will bring you to the infamous Marnix bowl, and walking around the city you will frequently come accross welcoming spots and incredible ledges to get your groove on. More than enough to keep you entertained for a while, not to mention other local attractions and world-famous Amsterdam nightlife!

So while we won’t disclose anything that may or may not have happened after sunset in here, as we wrap up this 2019 report, we highly recommend you mark your calendars and make sure to pay USWA a visit next year if you get a chance. Blading might not be part of the 2020 Olympics, but it doesn’t matter much as you’re guaranteed a lot of fun in Amsterdam, along with some of the very best blading you will get to see all year anyway… Not to forget loads of sun, a million bicyles and more ice cream you could ever dream of! 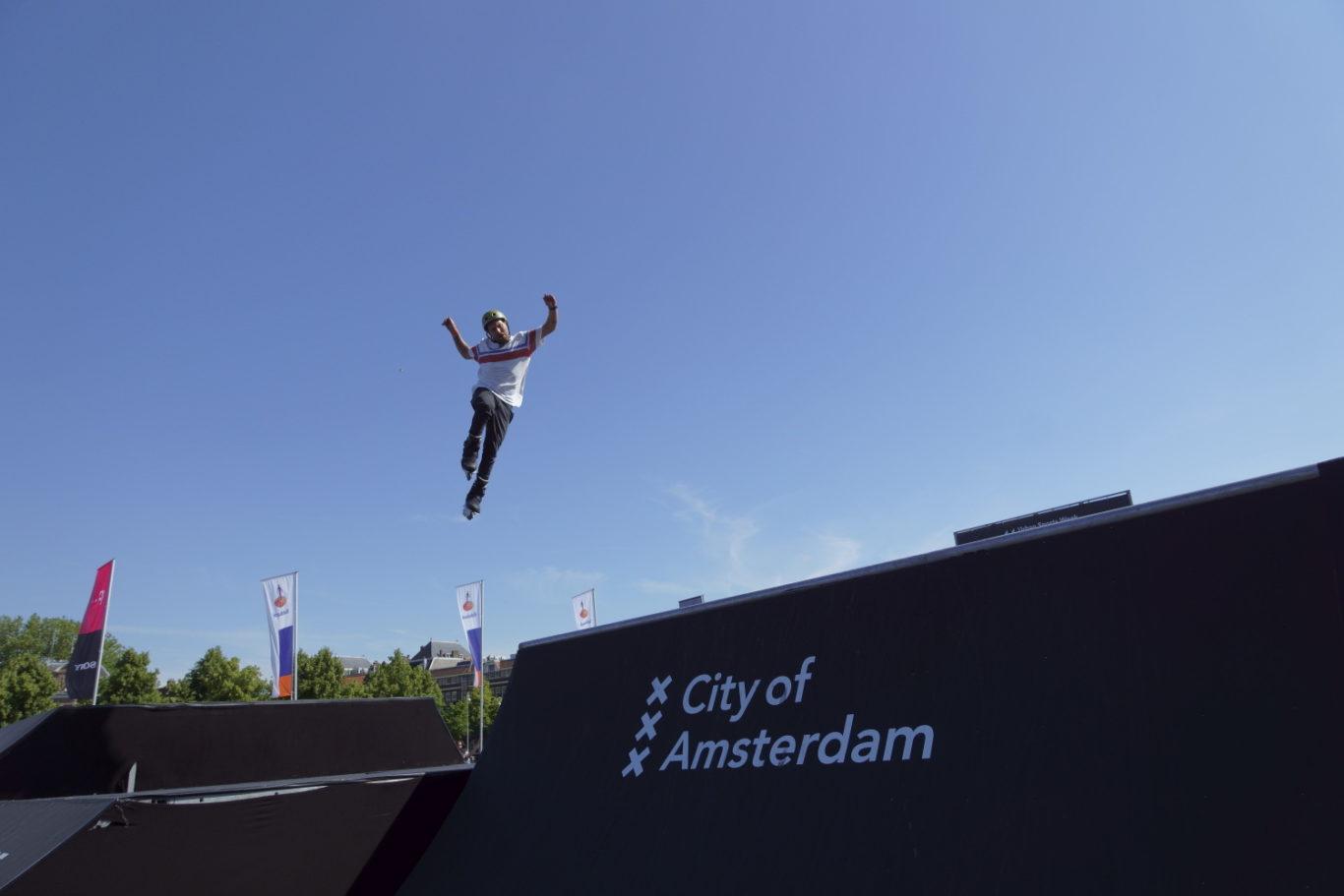 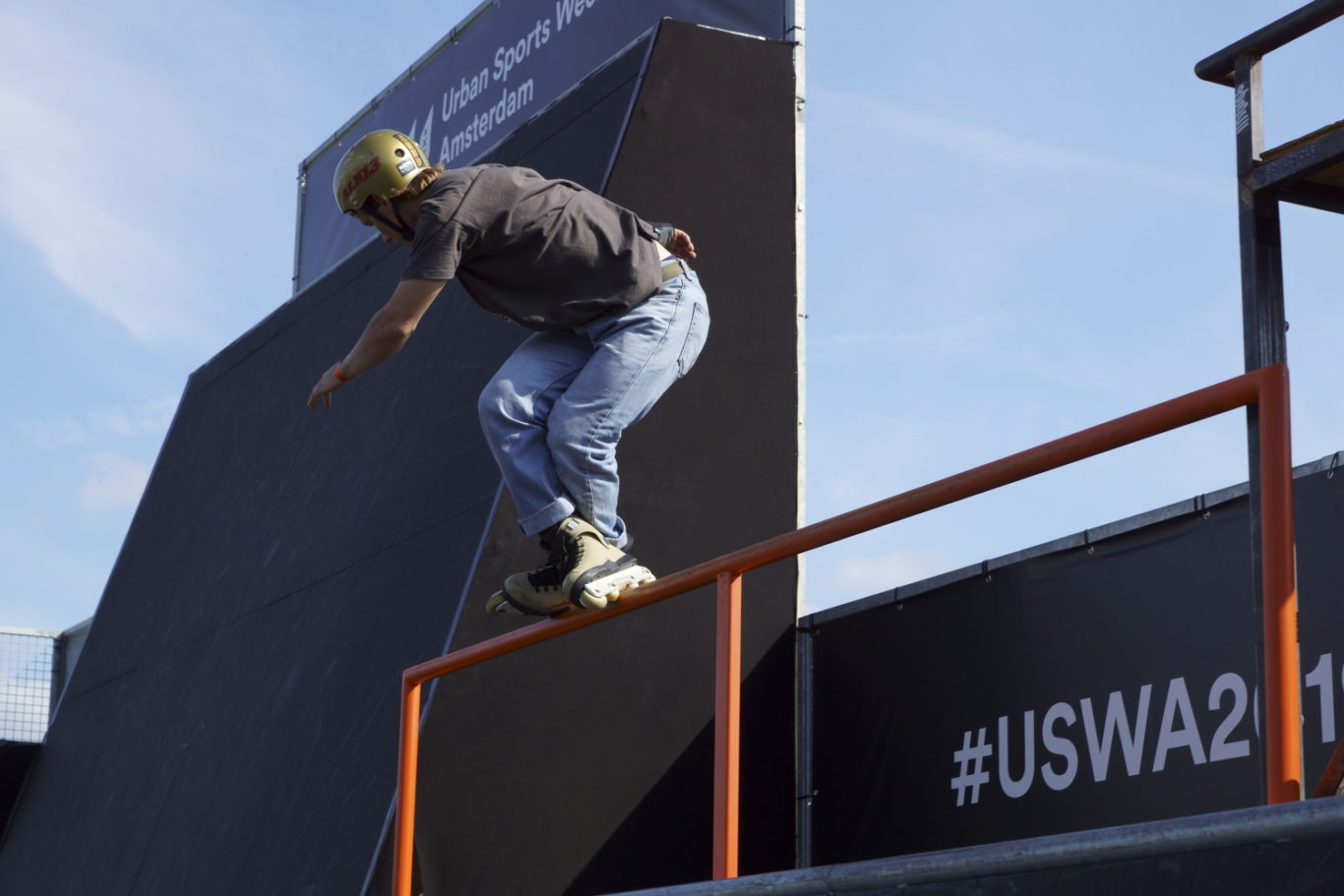 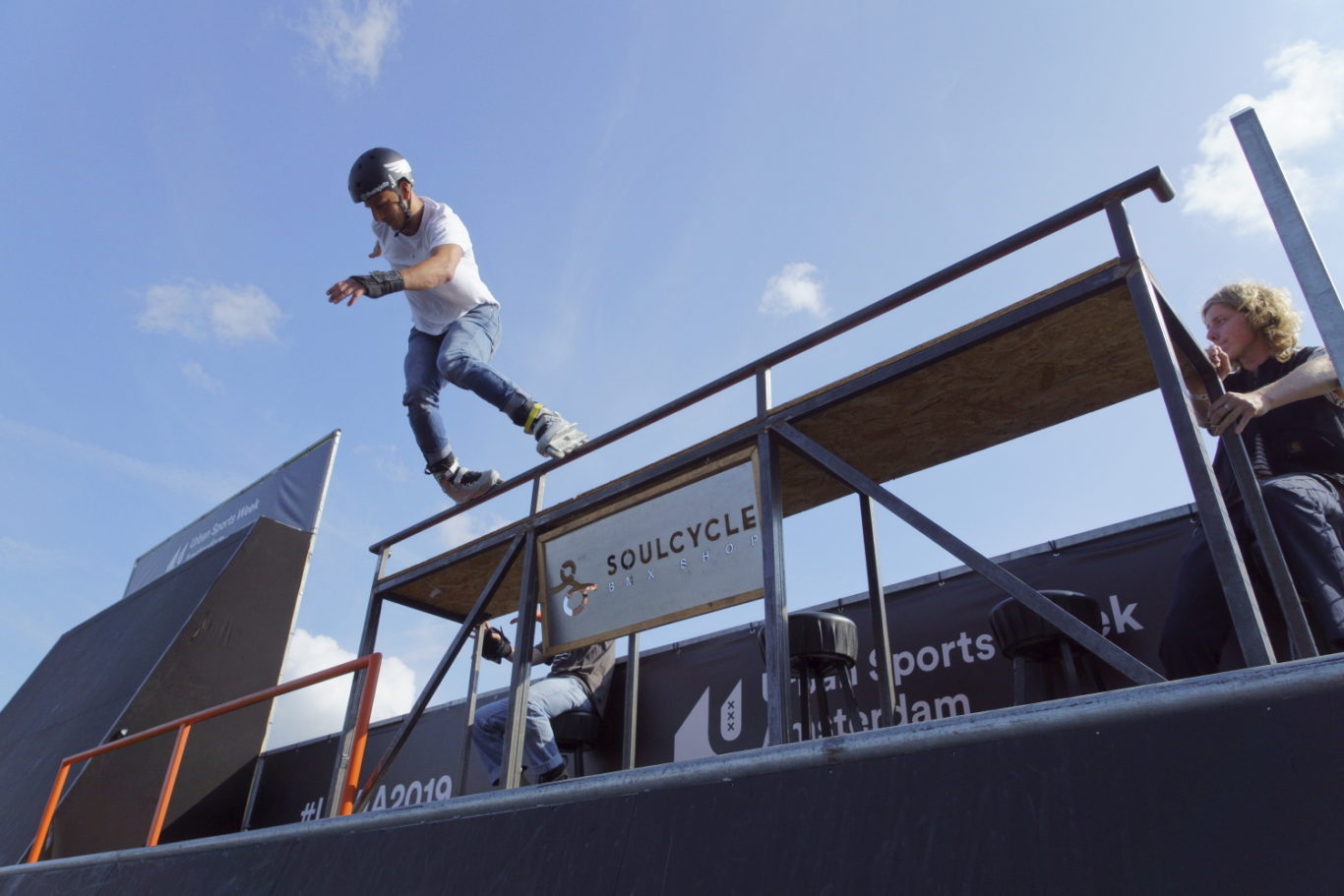 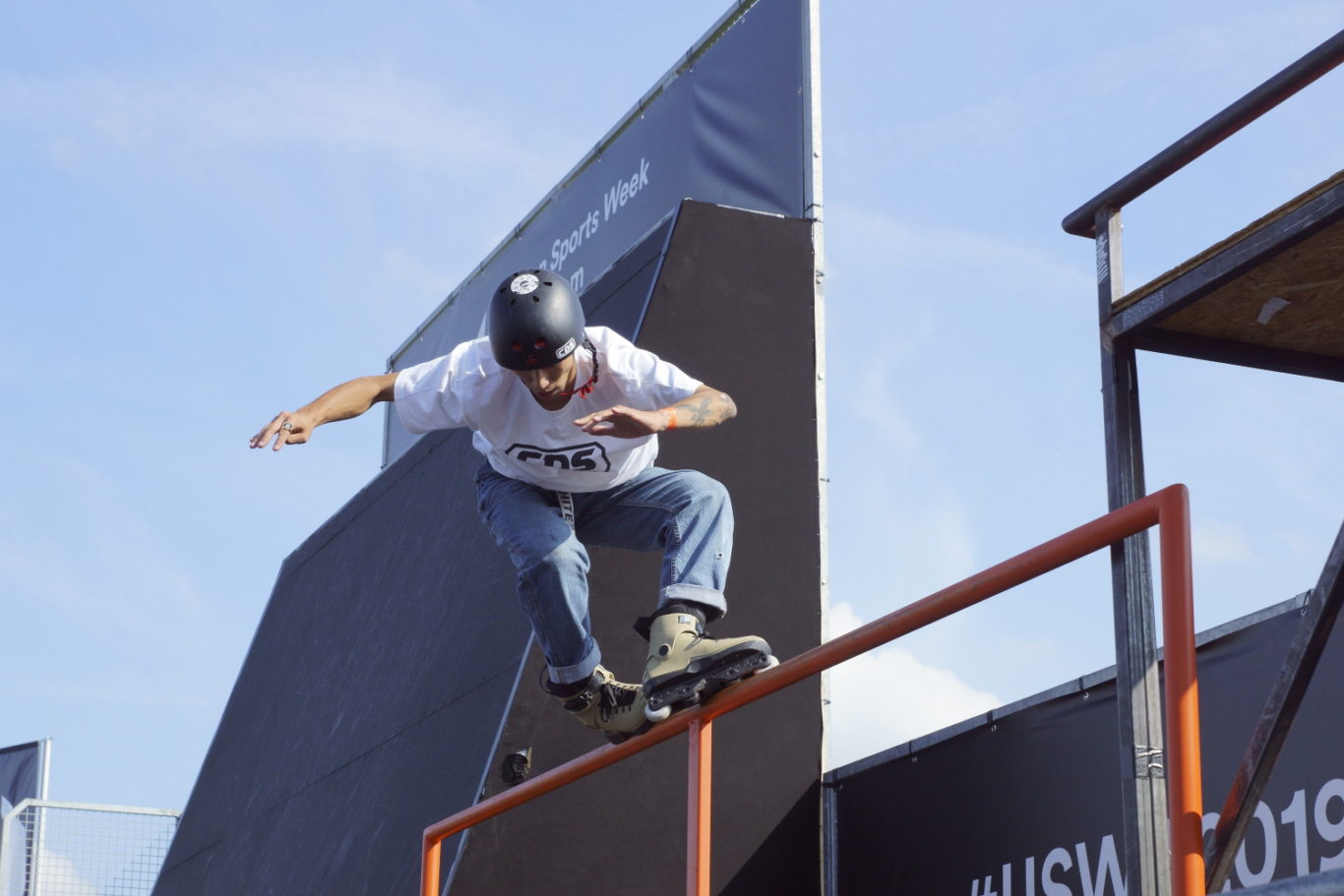 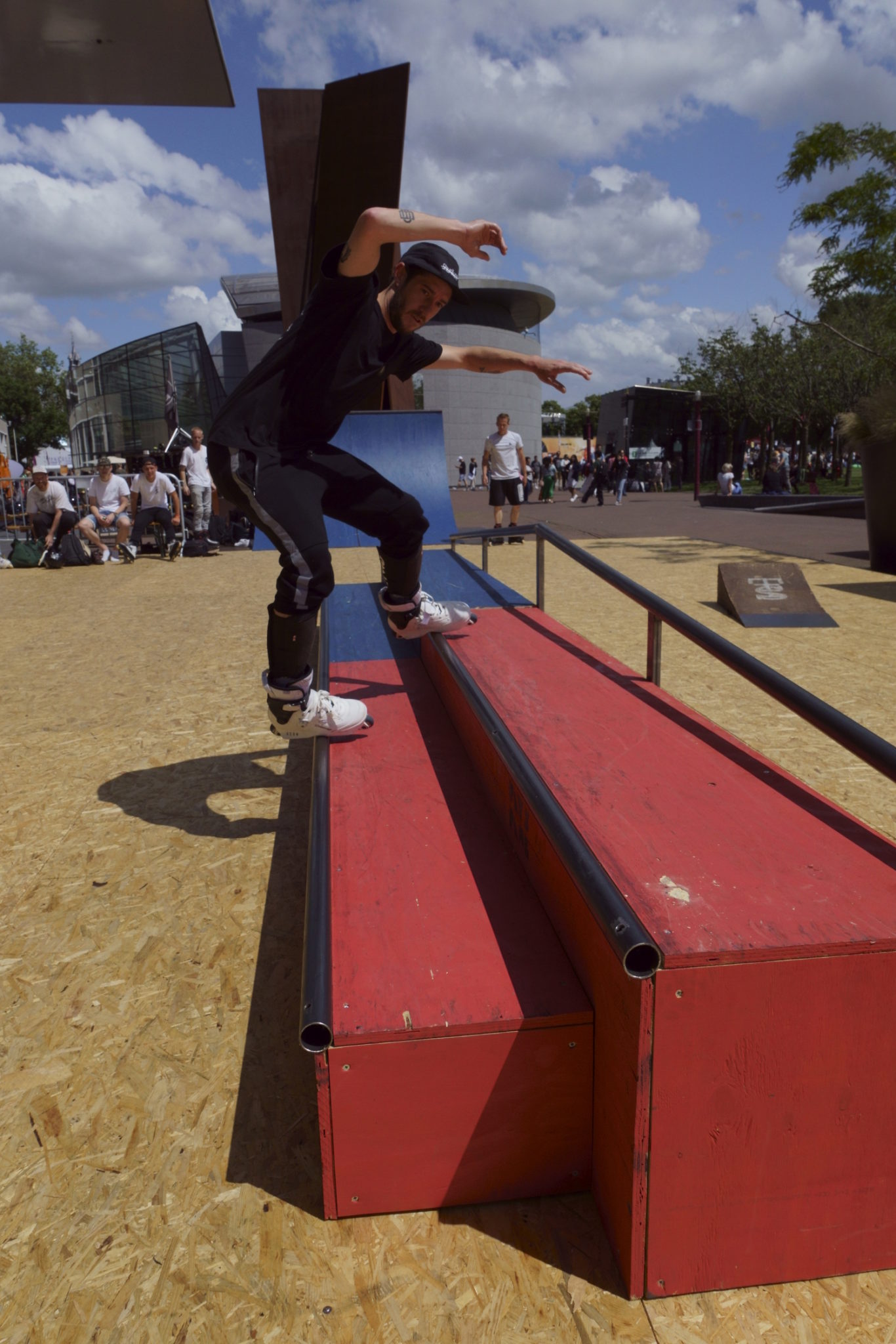 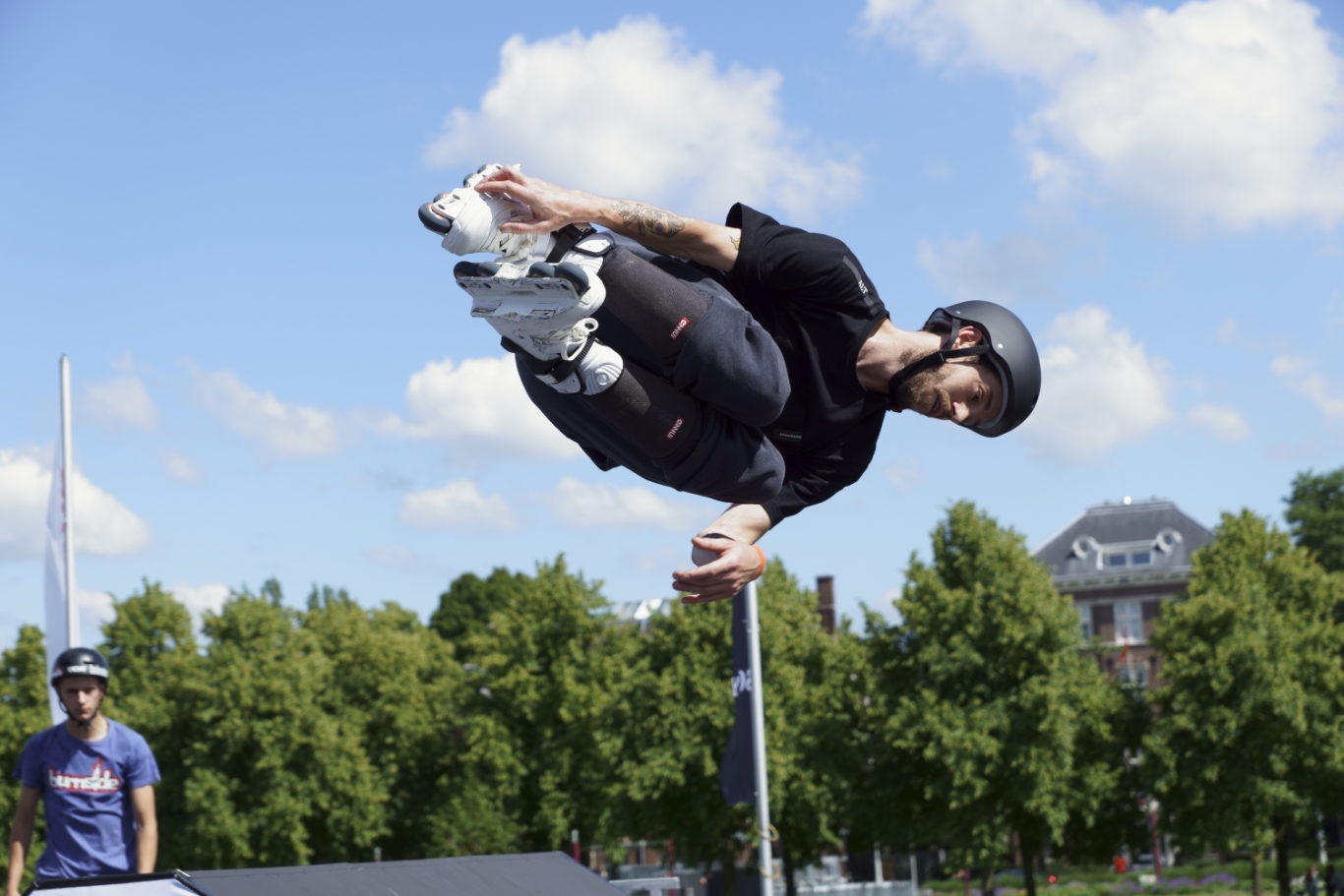 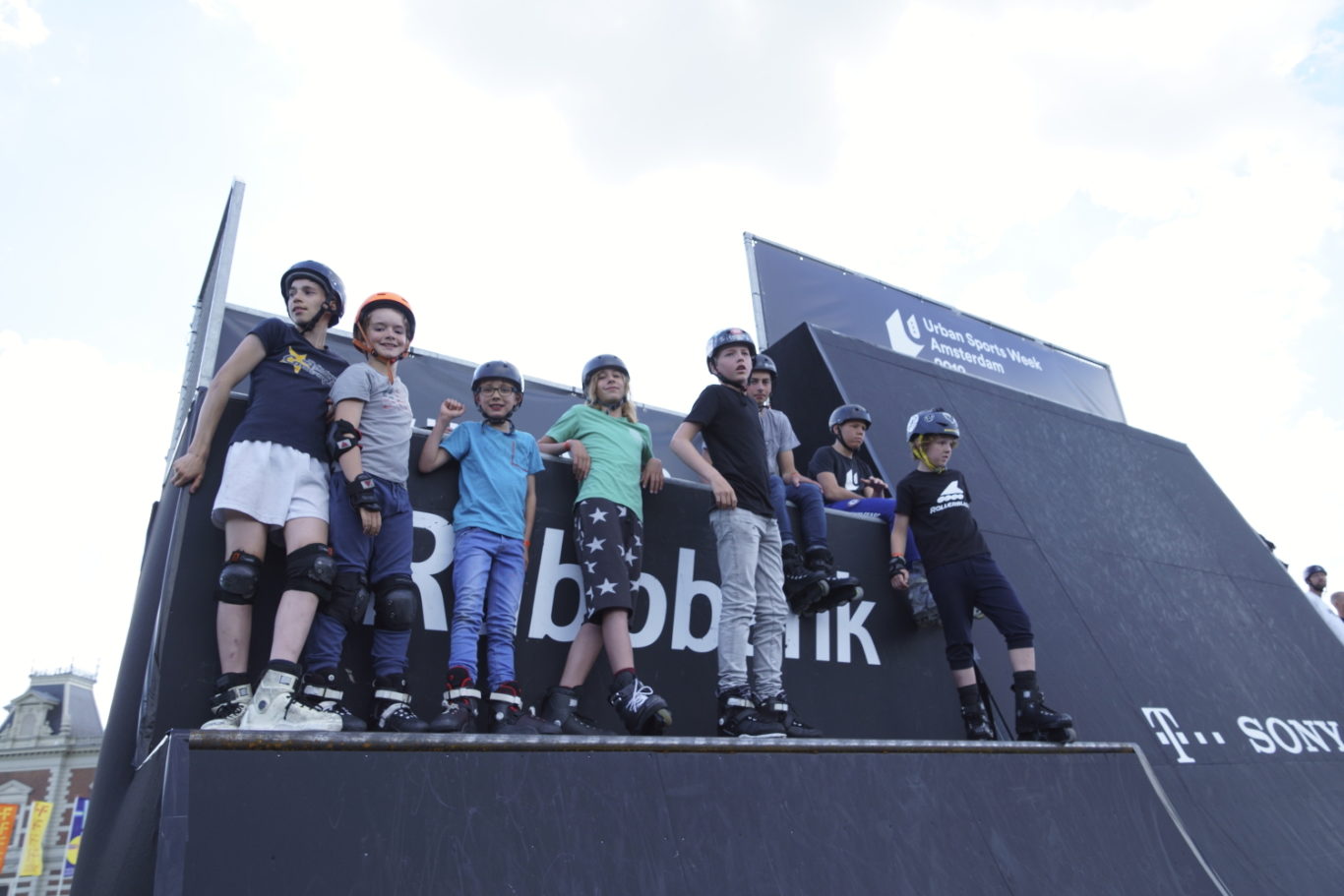 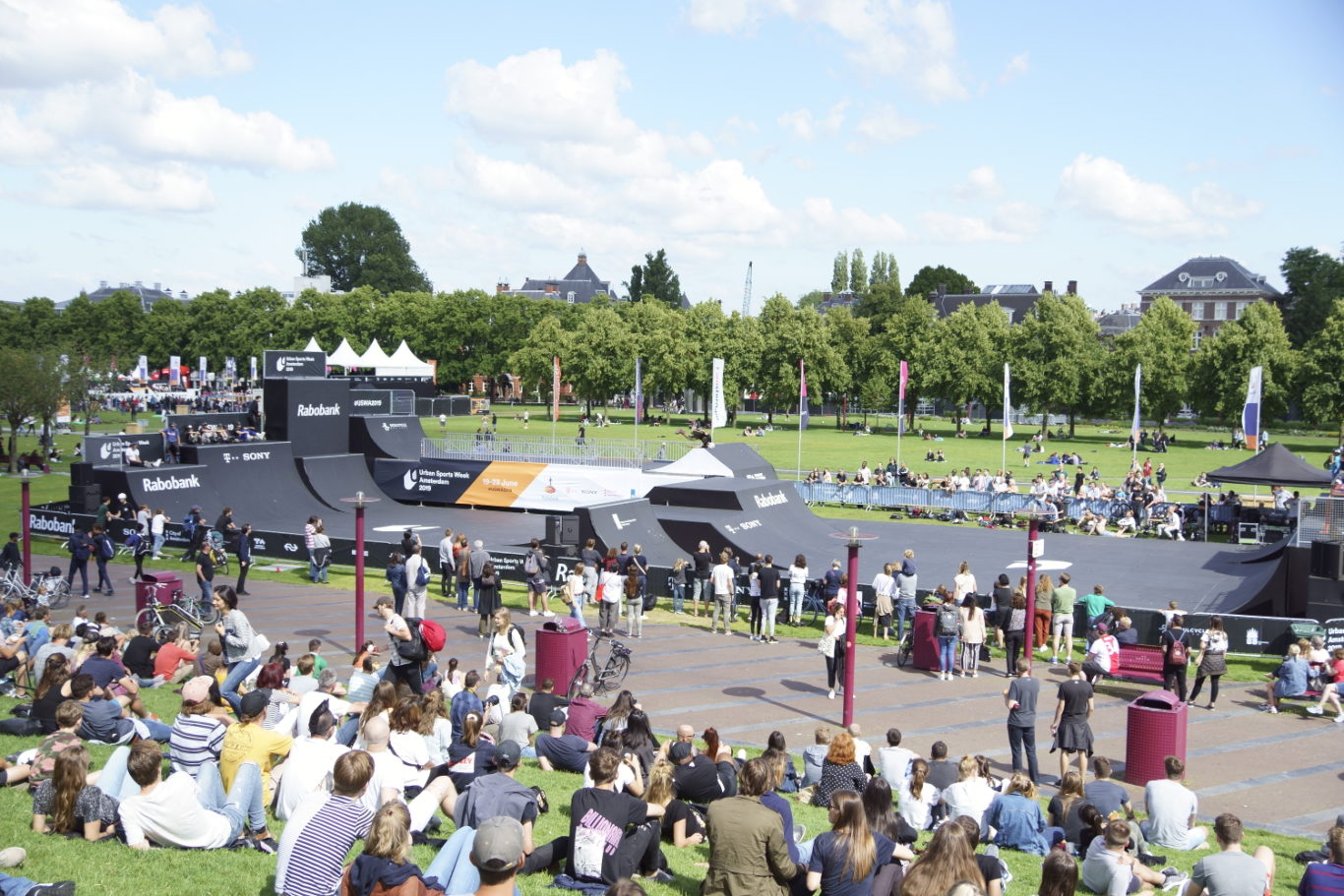 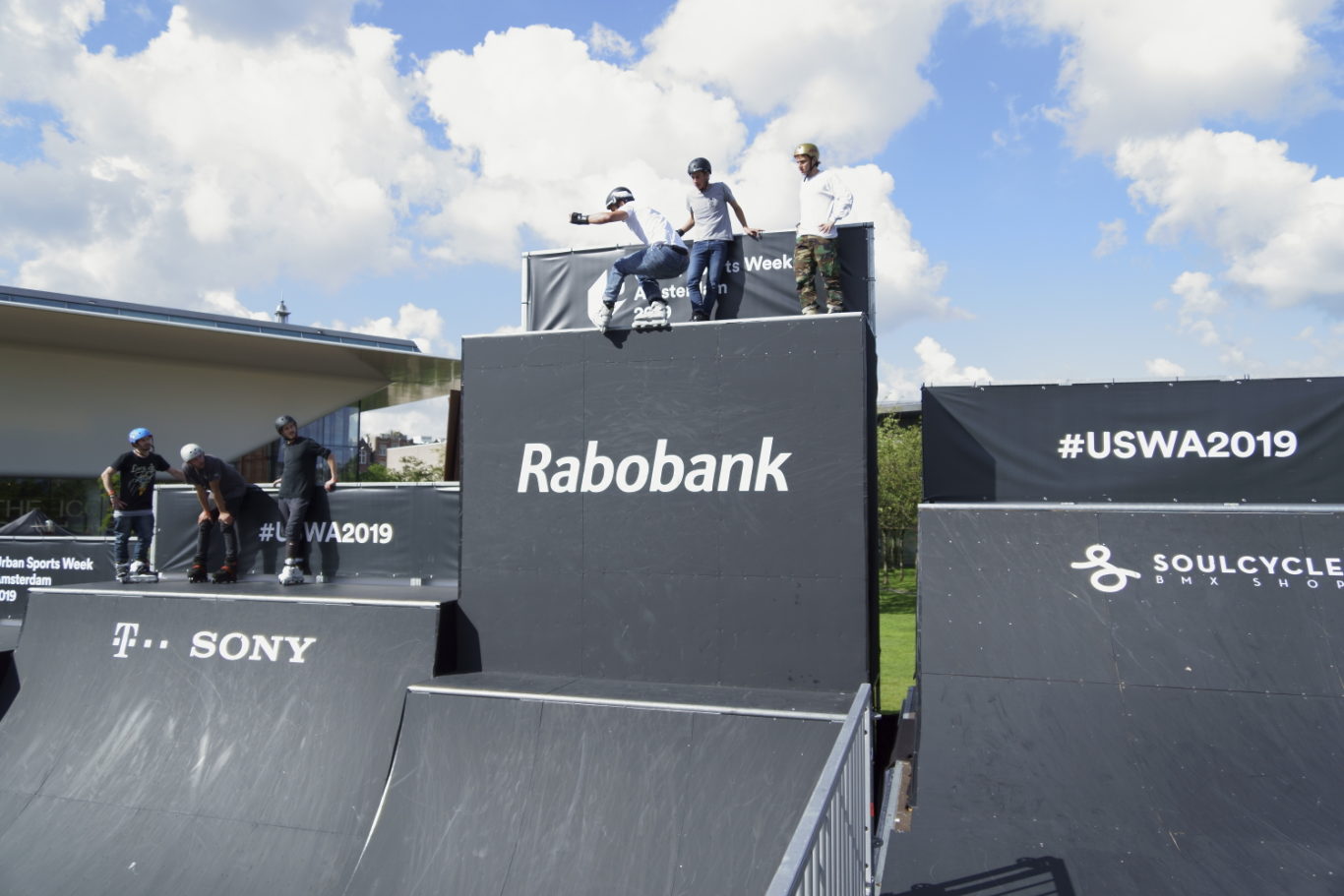 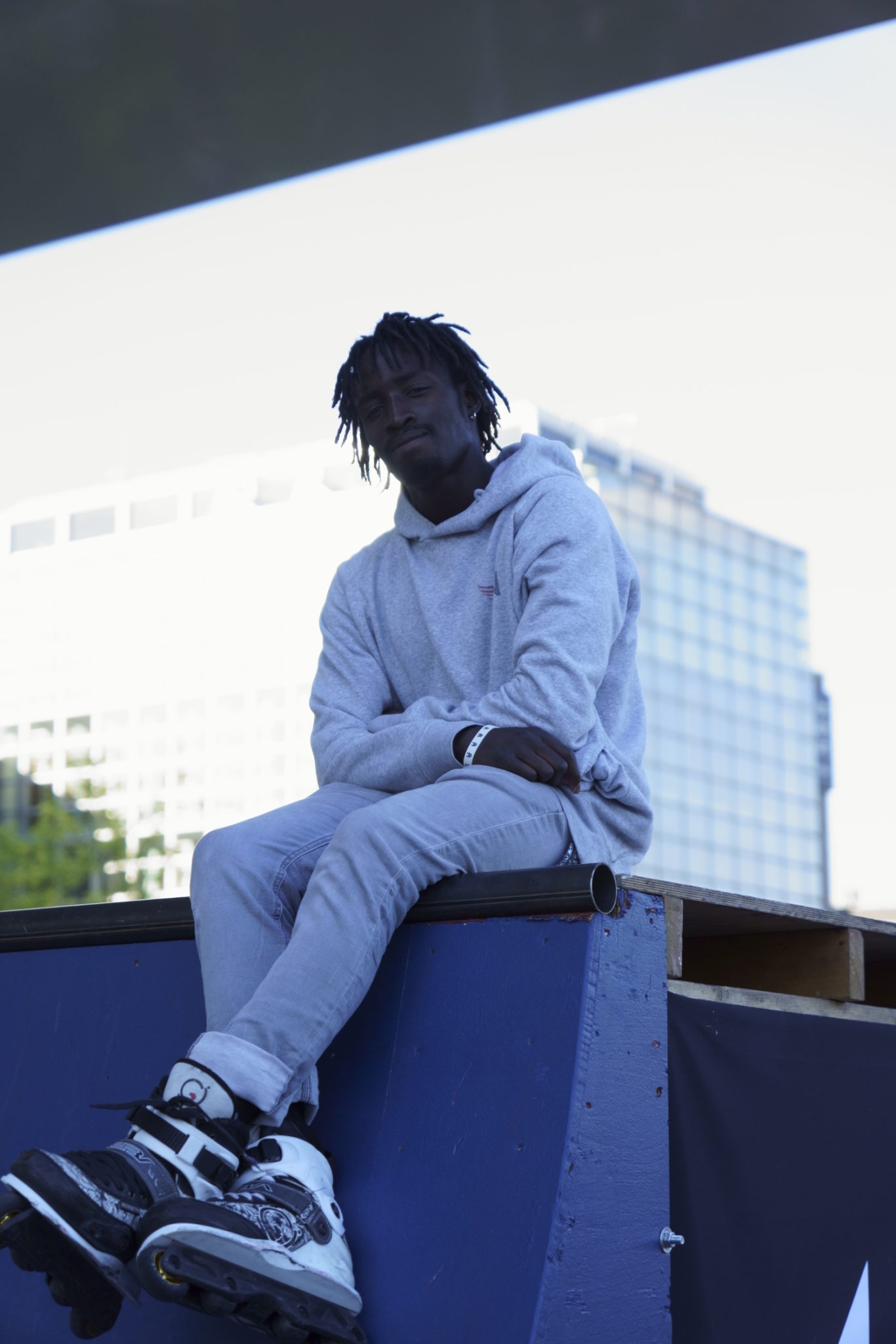 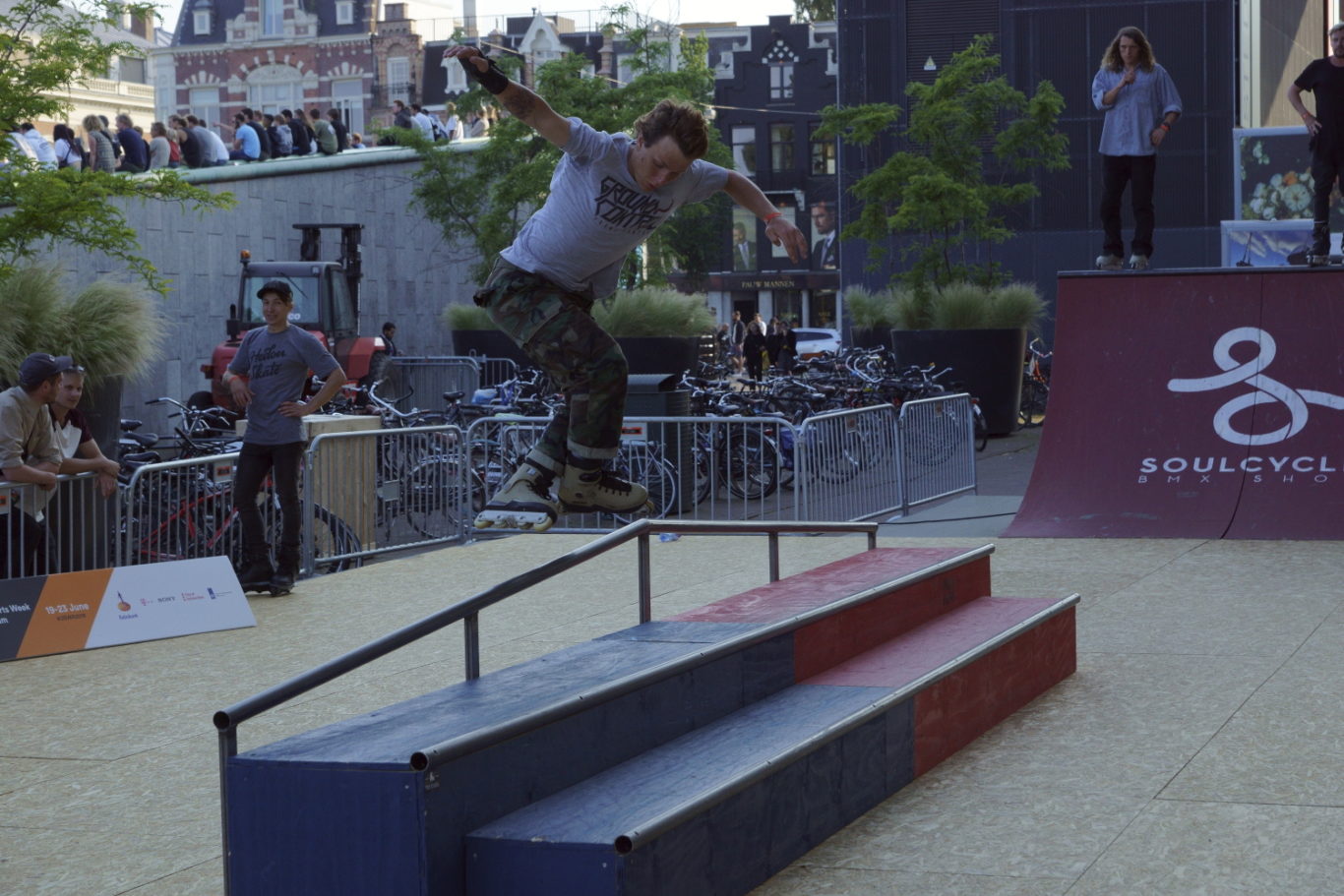 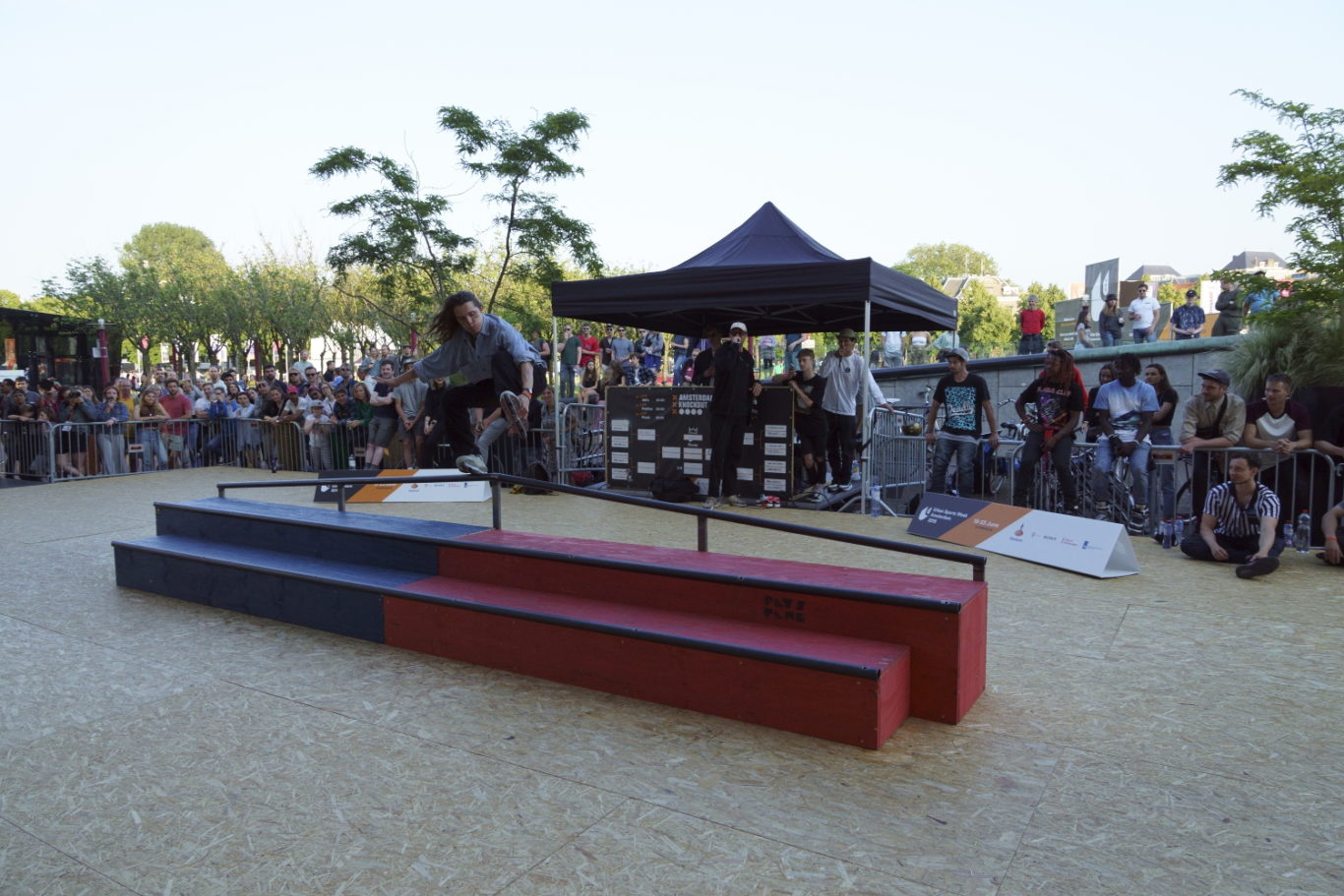 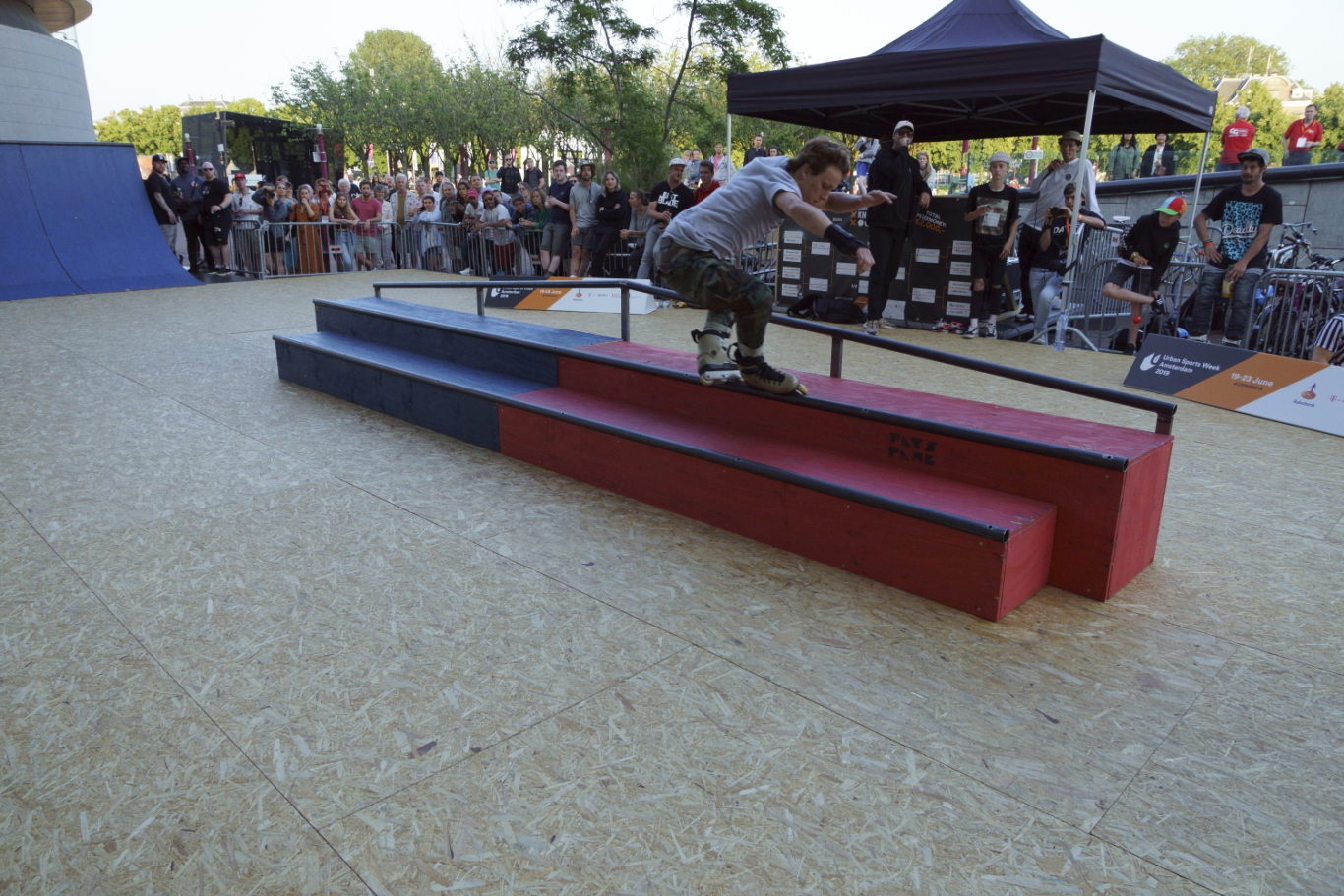 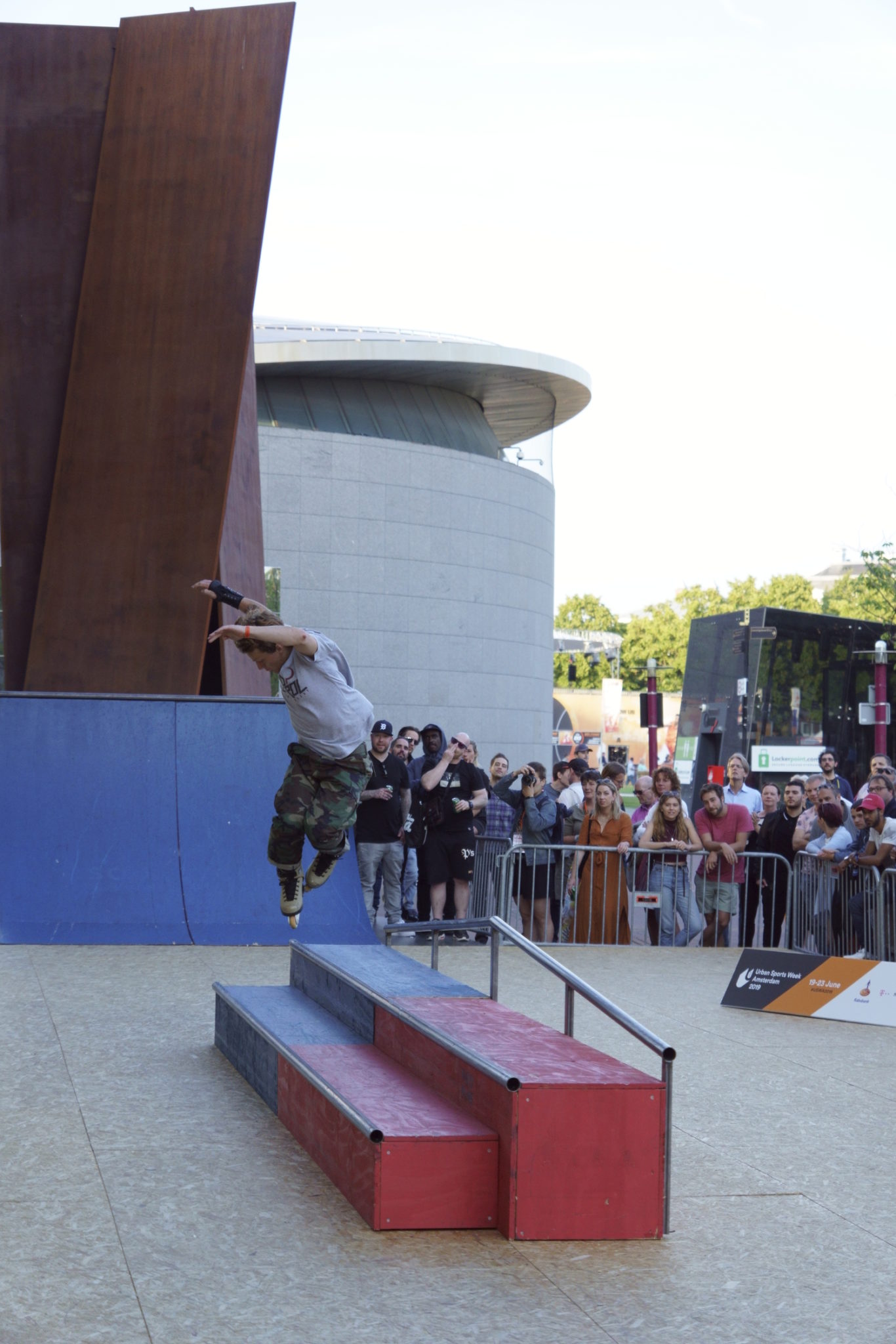 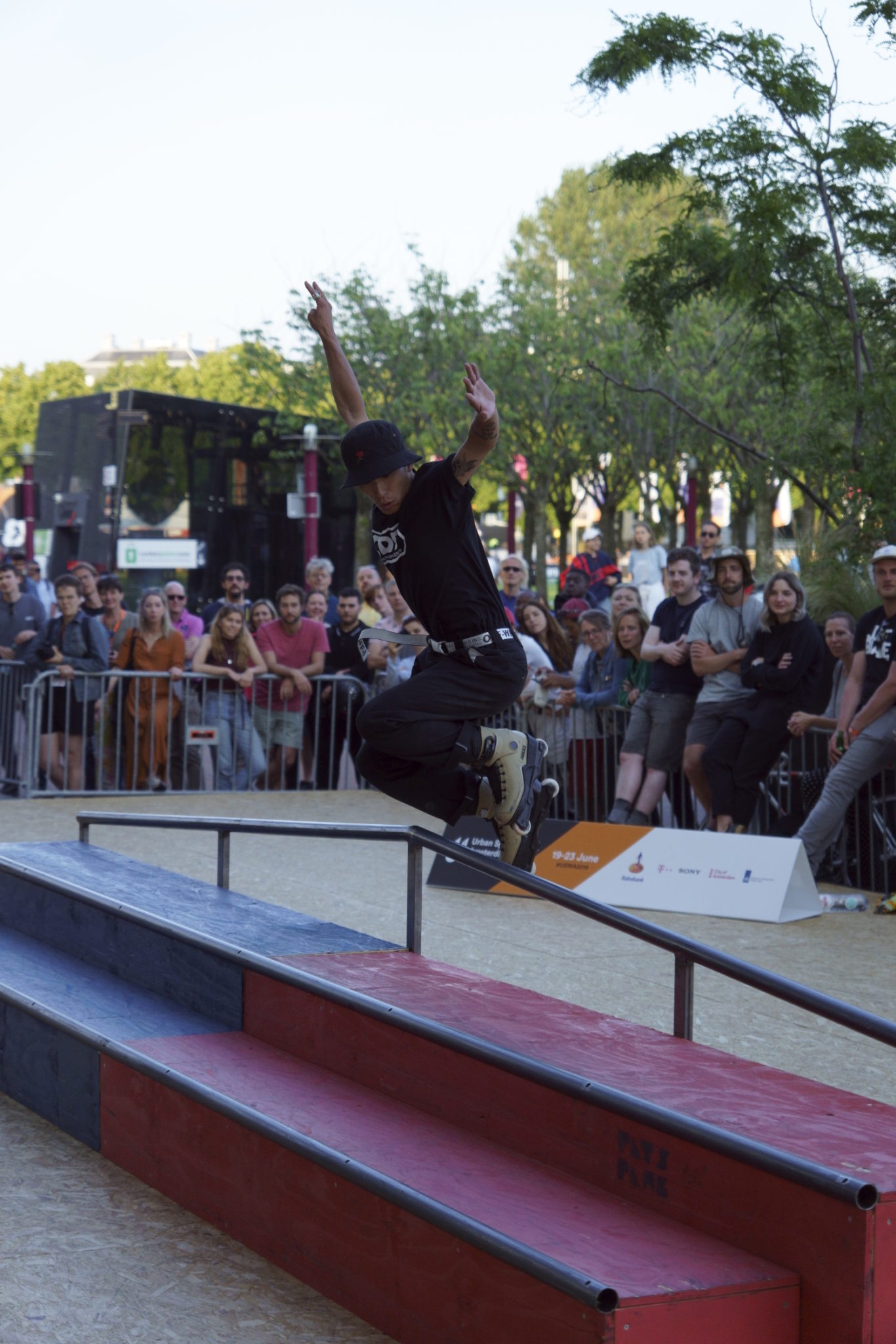 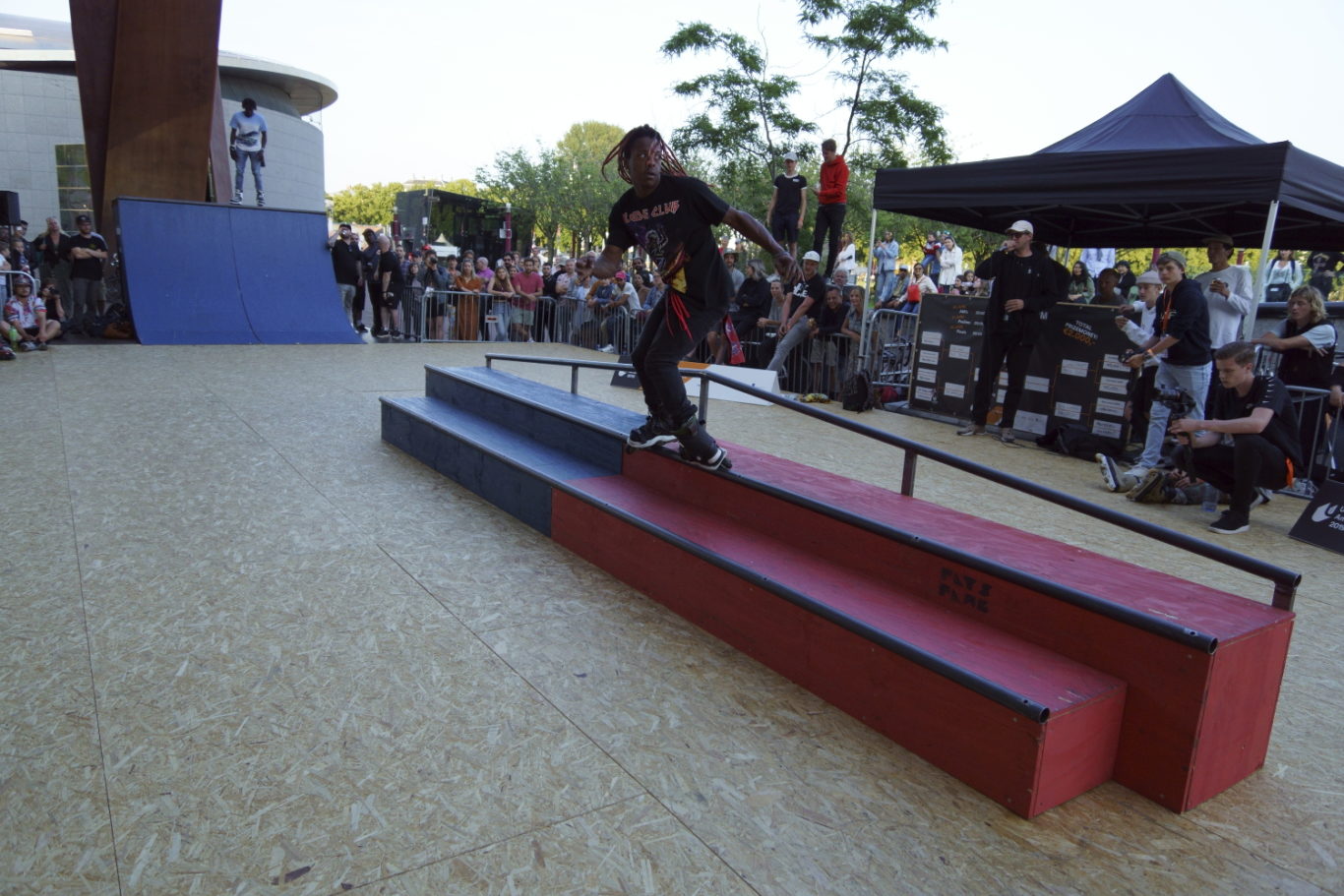 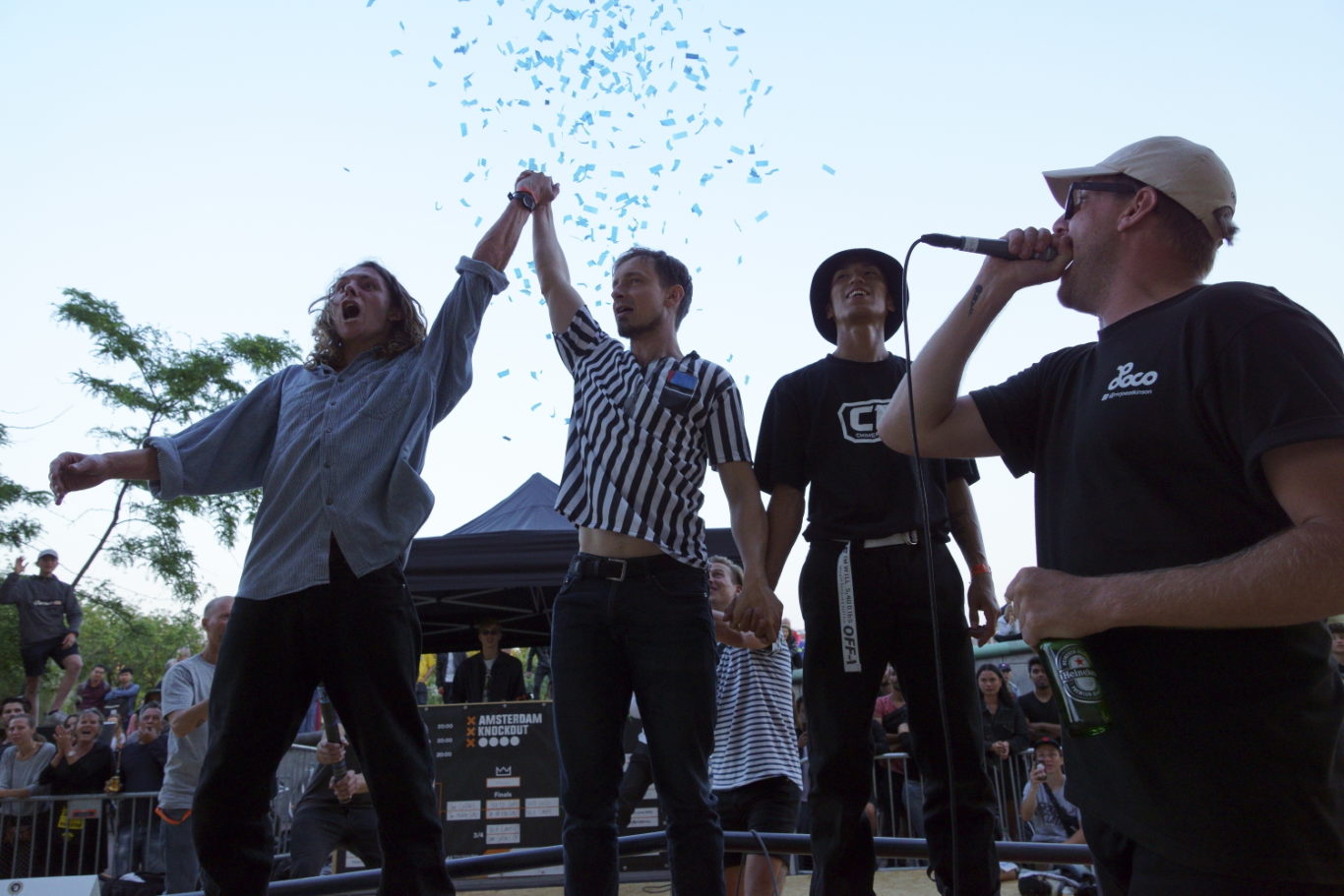 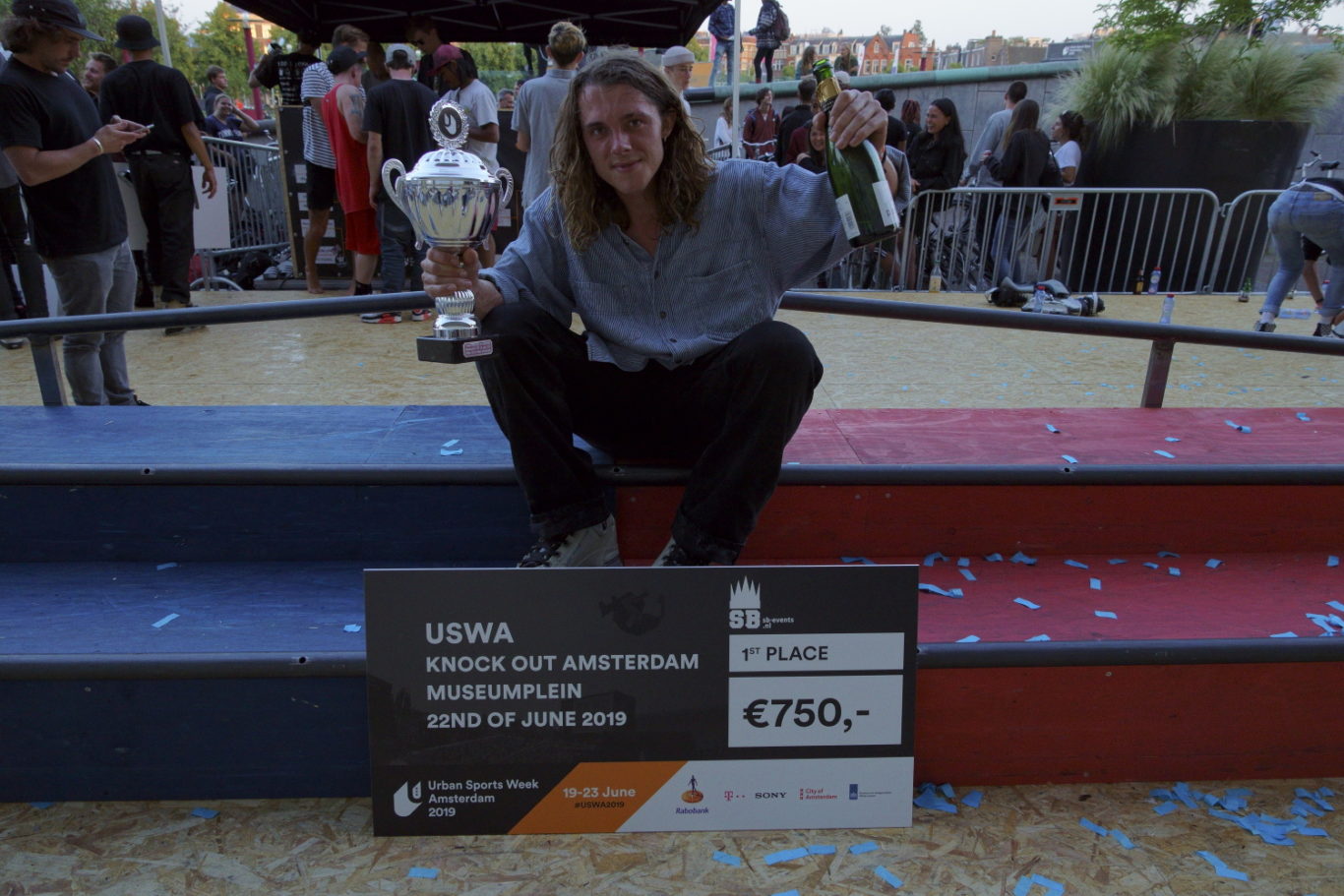 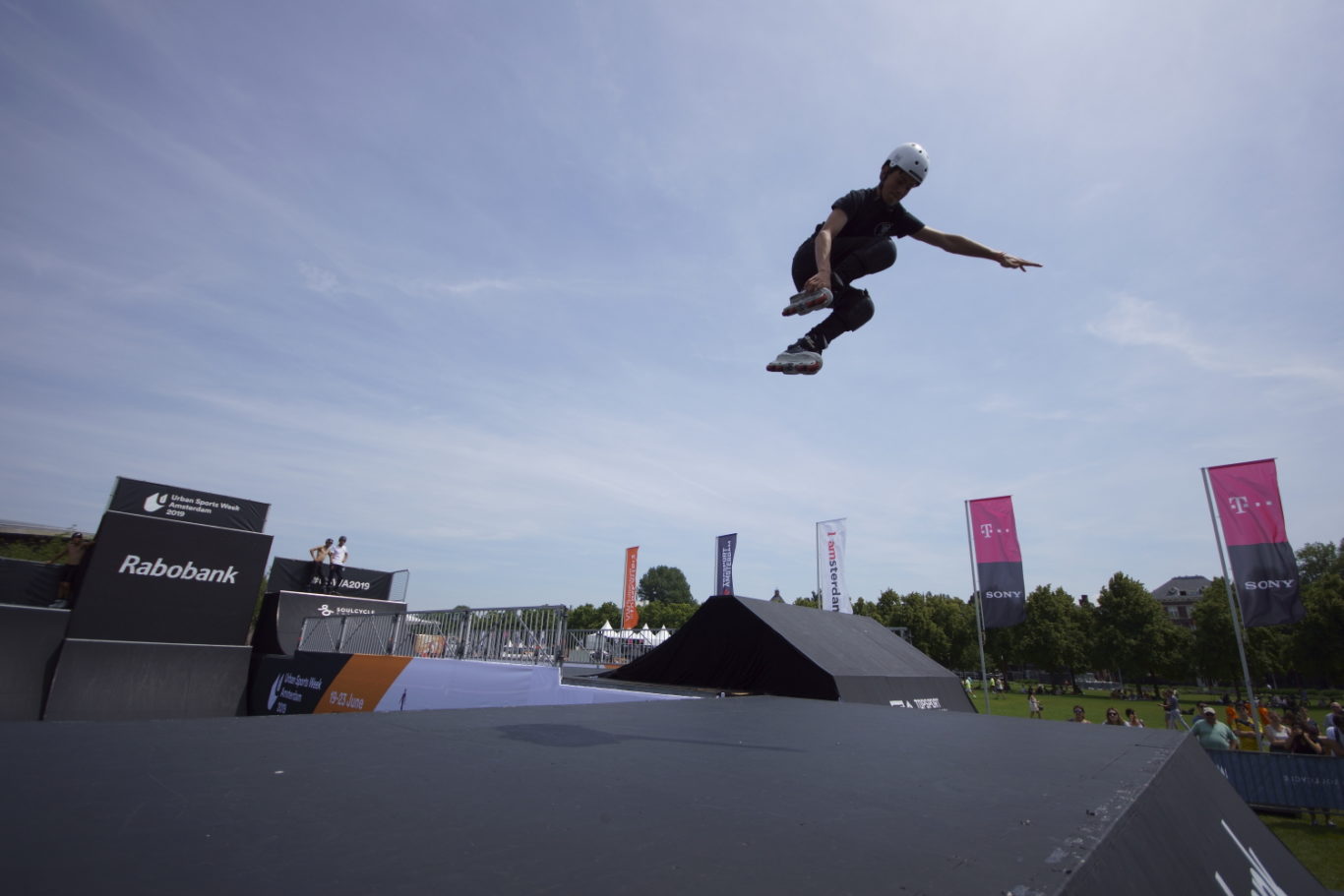 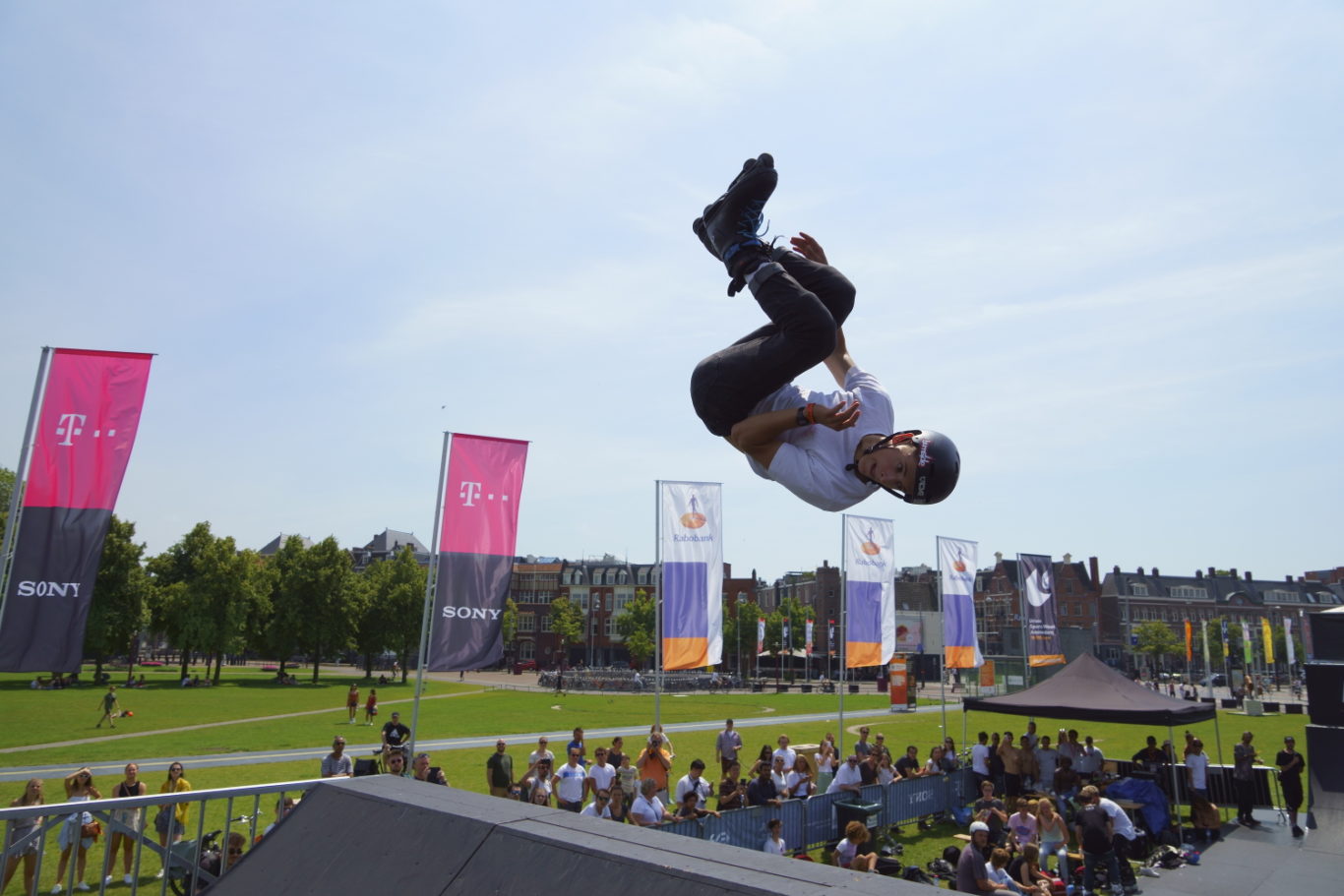 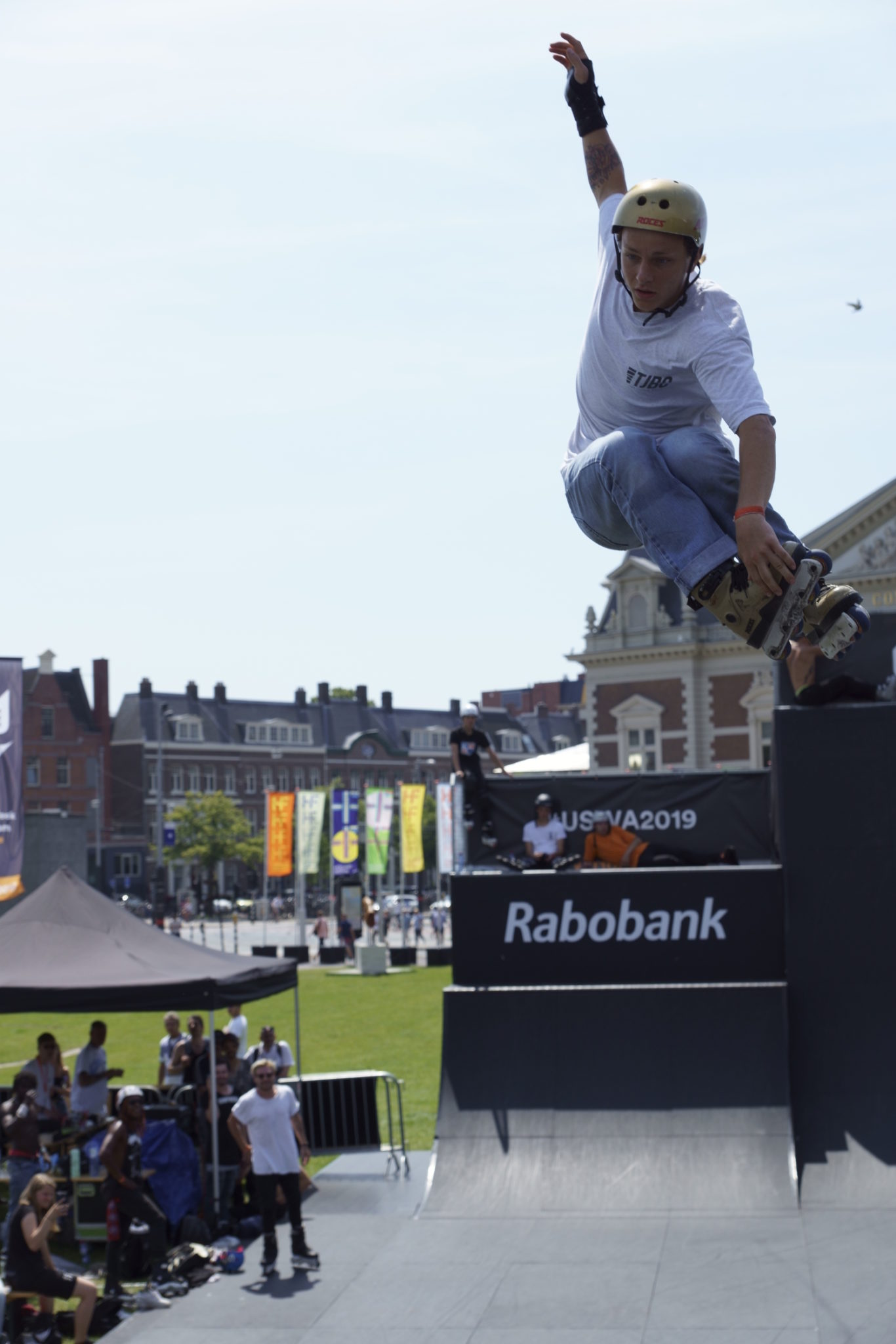 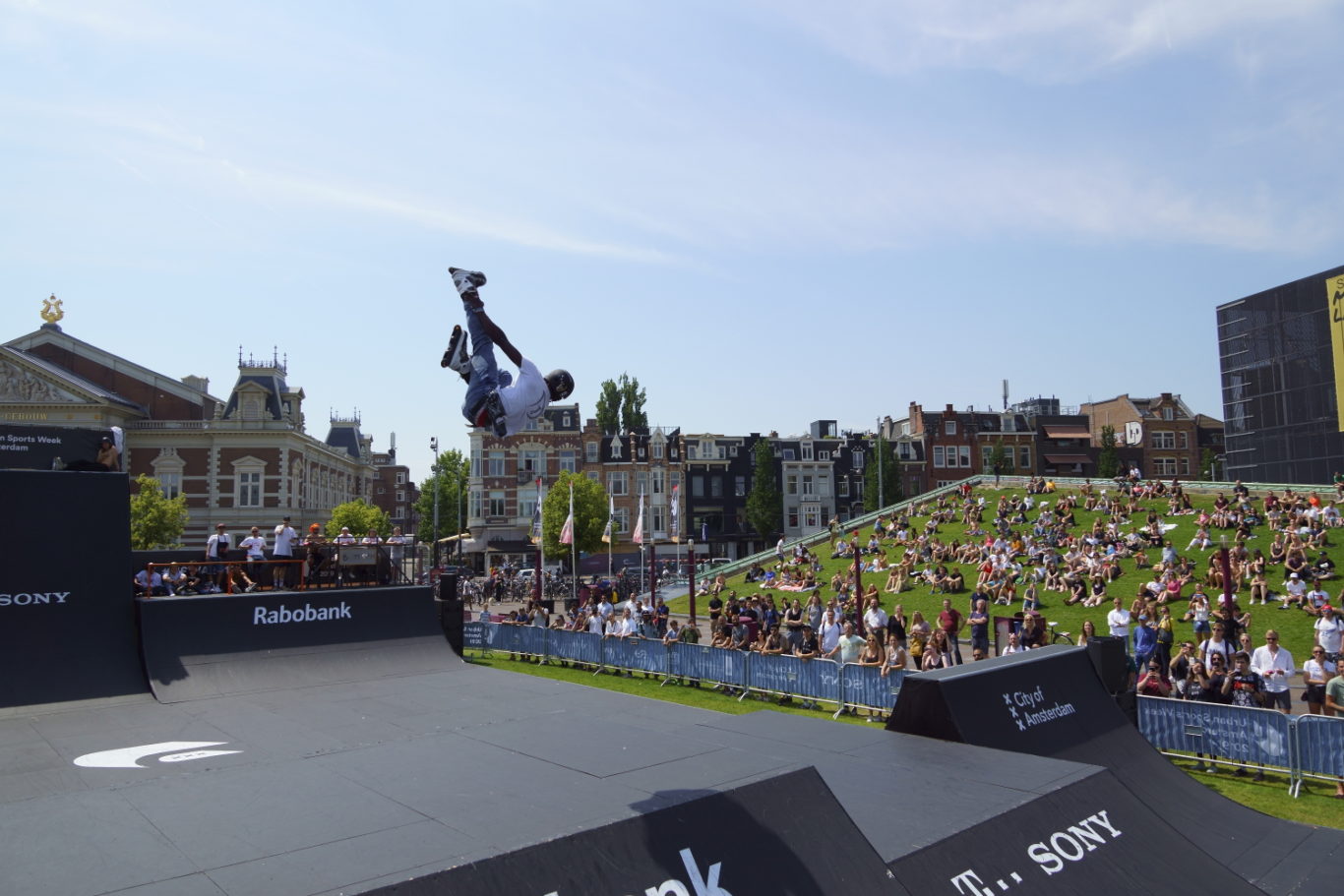 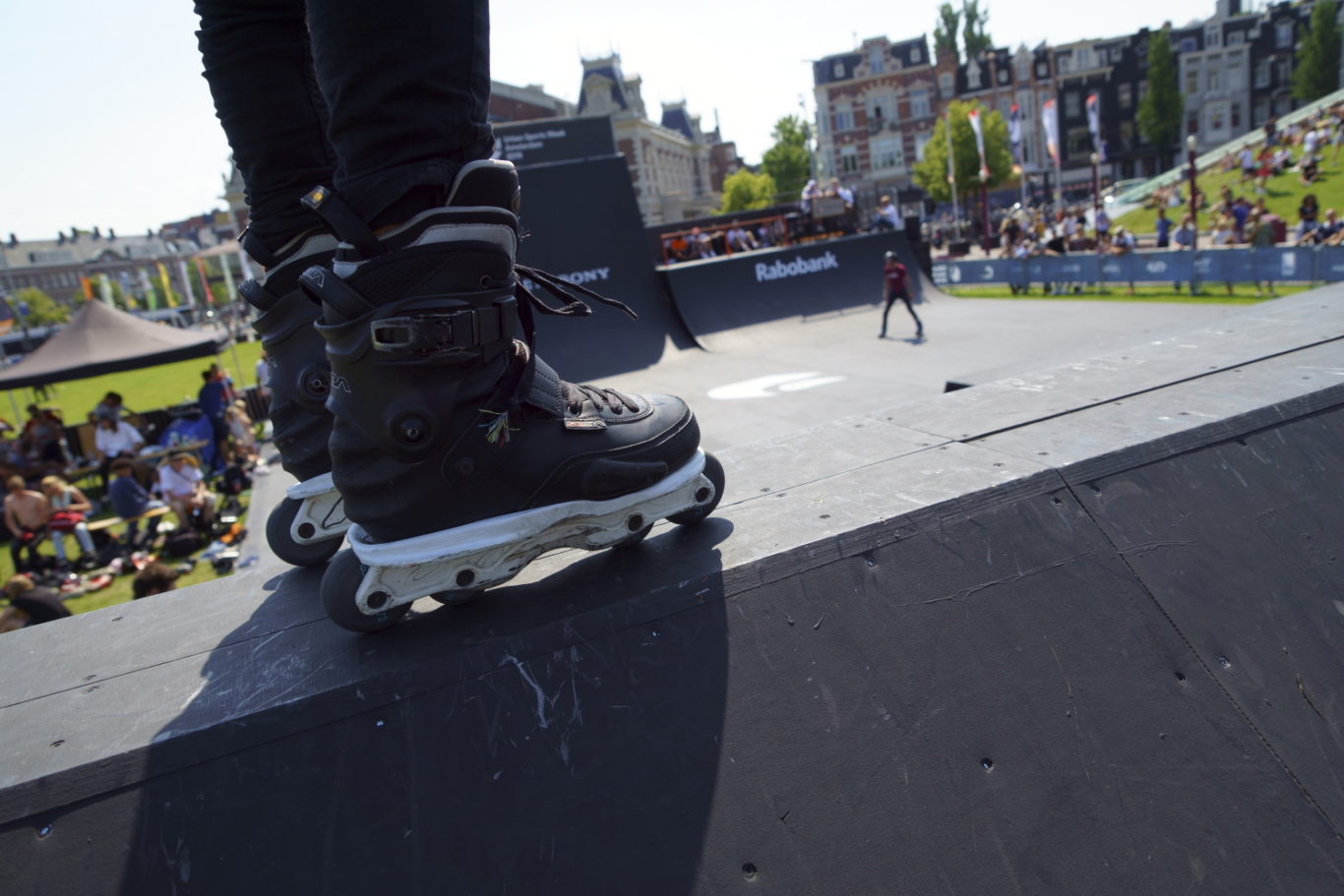 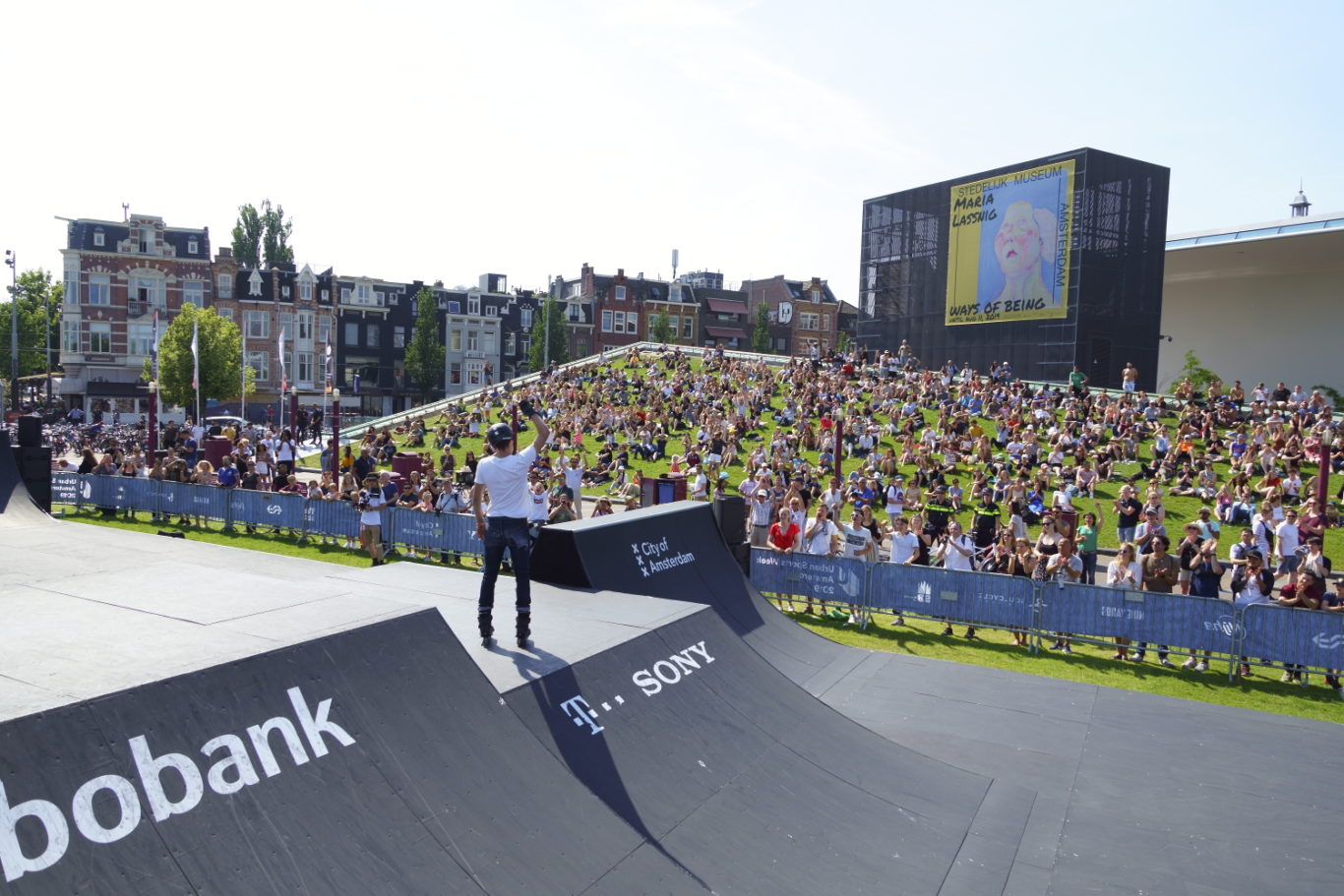 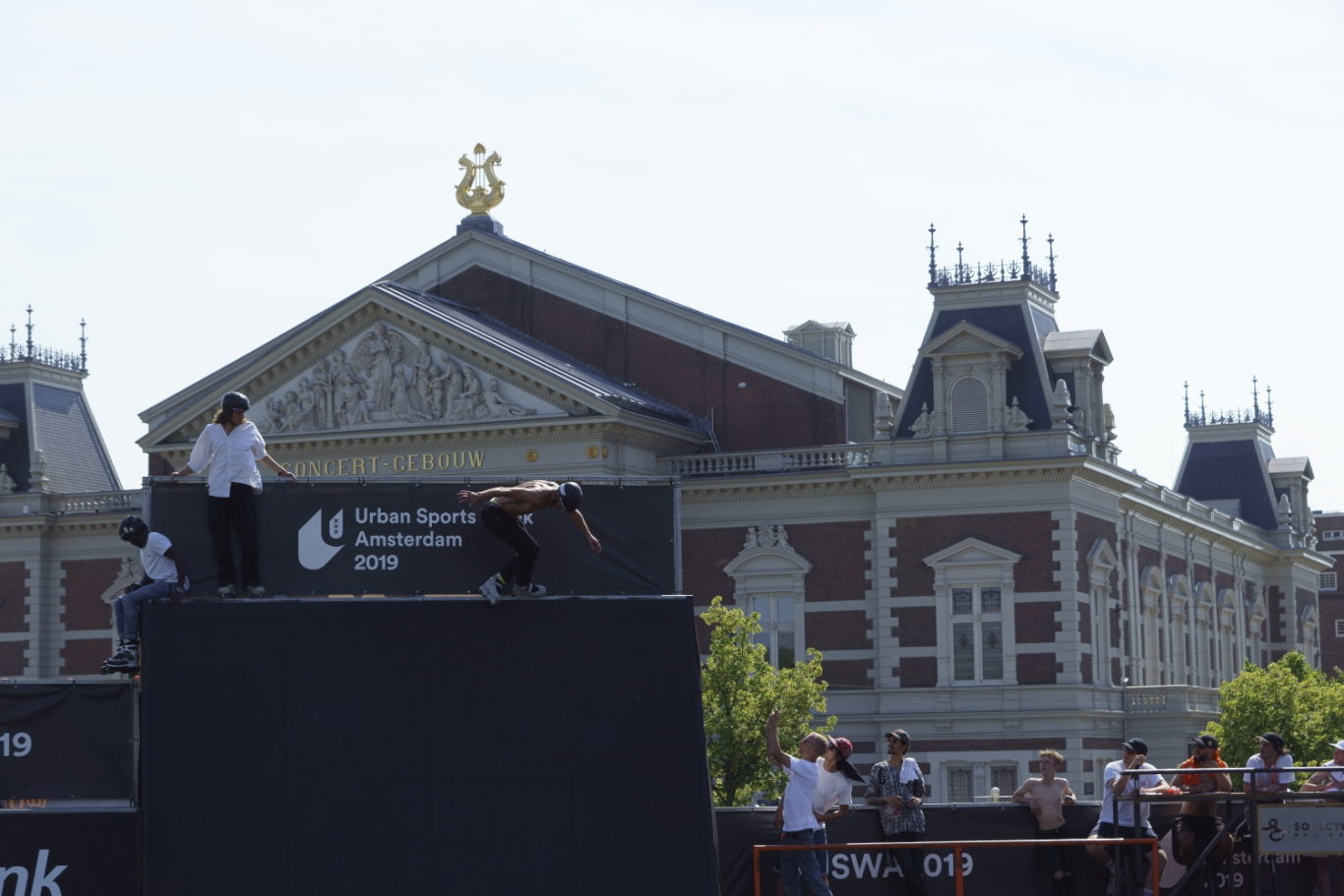 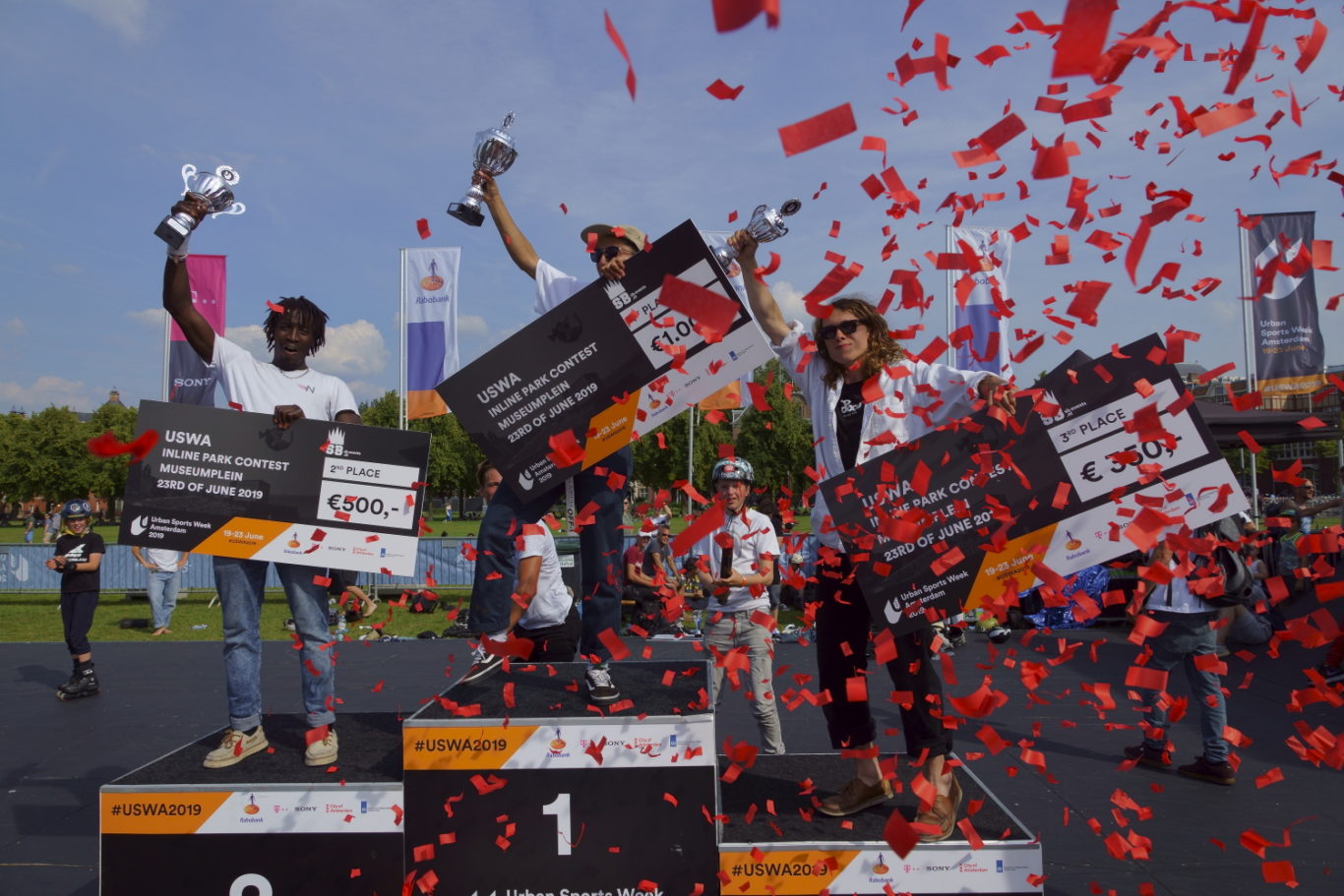 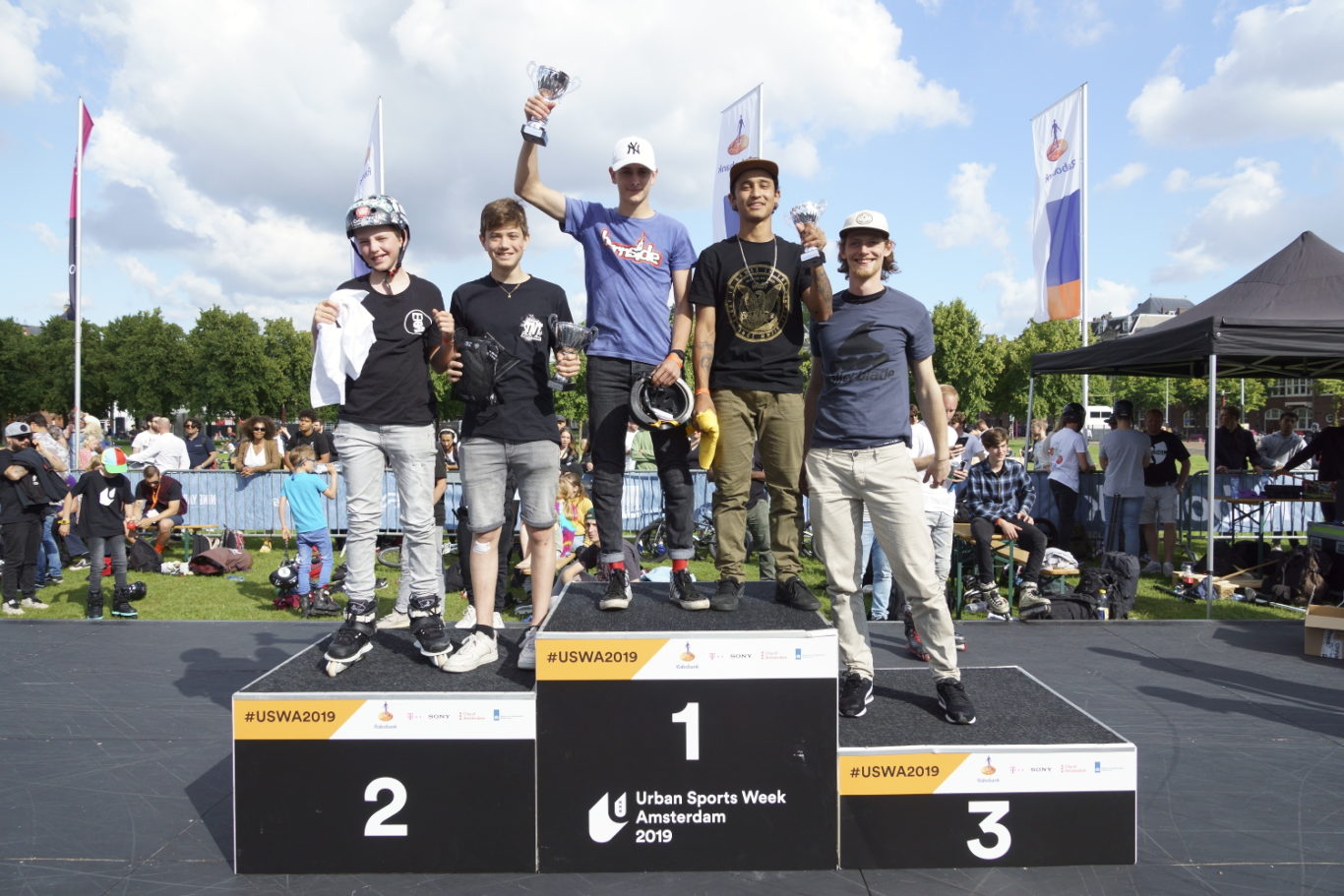