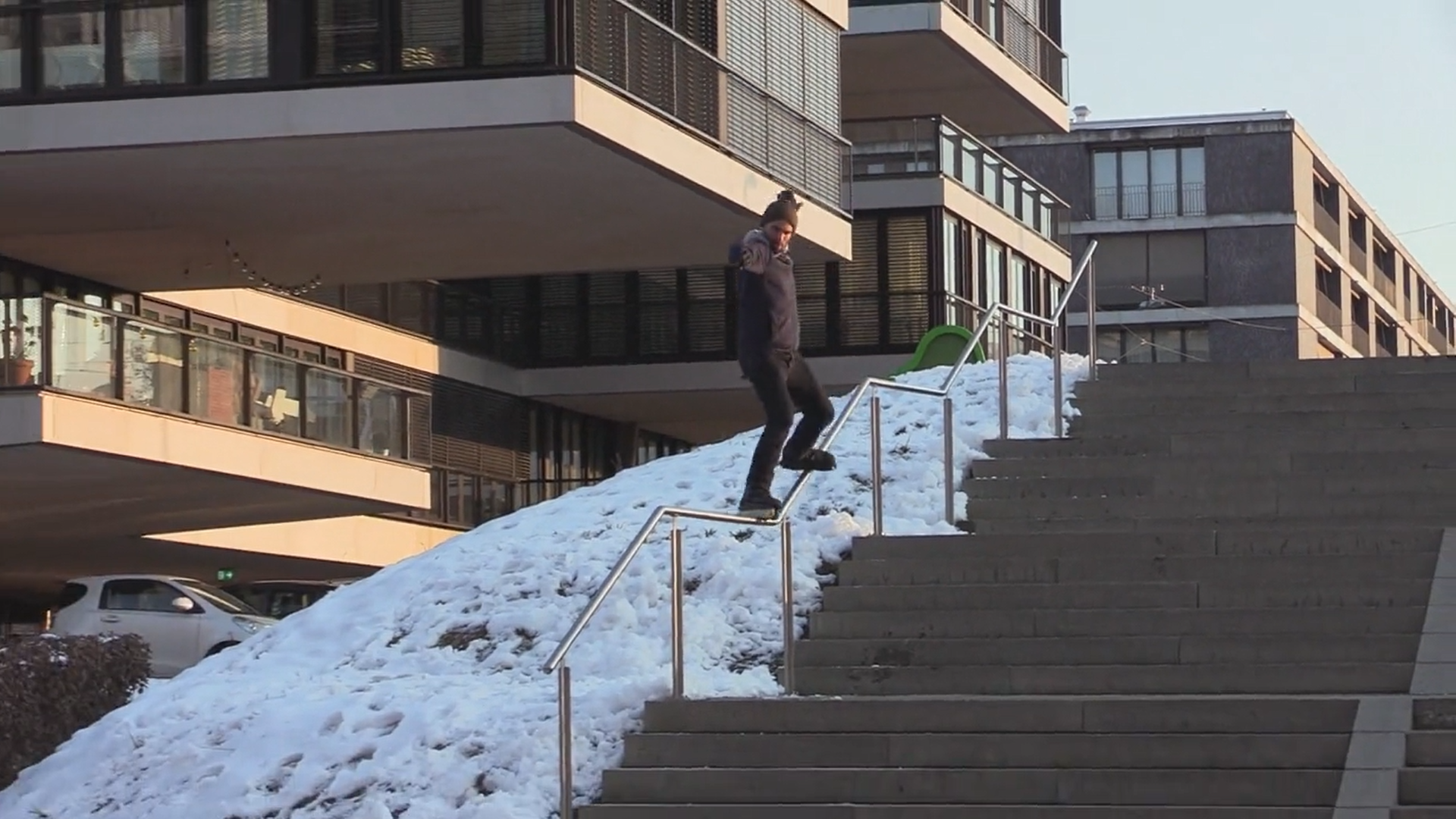 “Mutate” stands for the evolution of both the way I practice rollerblading and the meaning rollerblading has for me. Evolving has helped to keep it exciting and keep on it for a long period. The edit was filmed at various places in Switzerland in 2020, when the word “mutate” (or “mutation”) was mainly associated with the COVID-19 pandemic. Special thanks to all my rollerbladers friends I had sessions with during this special time and in particular Matteo Attanasio for the captures in
the opener. I hope you will enjoy!

It is amazing to see an individual who is as respected and tenured as Reto Bùrgin is still continuing his progression even after all these years and releasing timeless video content for us all to appreciate. We hope that trend continues for Reto, both for his enjoyment and our own. -MUTATE- was filmed by Matteo Attanasio, Lukas Artho, Kevin Ambuhl, Dean Bradley, Lukas Burgunder, Adrian Deck, Yves Mauer, Nicolas Meister, Roger Sutter, Nicolas Schopfer and Israel Tritten.