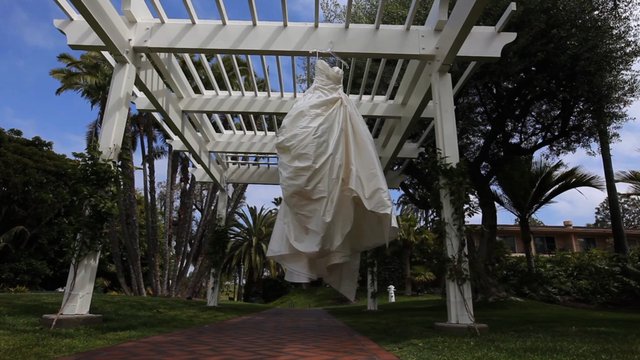 Vinny, you own a successful video production company. When did you found the company and what is the field you specialize in?

Imperial Production was founded by myself and Ivan Narez and was started in 2005.

What makes a good wedding videographer?

A lot of different aspects can make a good wedding videographer. It can range from reliability because a wedding is something that is a one time deal. I always show up at least an hour two before my start time just in case of traffic etc. I like to have a team of hustlers, to me there isn’t enough time in a day to capture all the shots I want to get. Laziness isn’t an option for a person who pays attention to detail. Emotion is a huge part of putting together the story of a wedding day. So a lot of the time you need to be able to anticipate what’s going to happen and be able to think fast on your feet. If you don’t have a shot because someone is in your way, do you move or wait and see if the person gets out the way? I can go on and on about what makes a good wedding videographer but a lot of the time it’s instinct and it’s also not only the skills a person has but also the personality as well. If your clients doesn’t feel comfortable with you or a member of your team it’s going to be hard to get the shots you’re looking to get.

What do you charge for a weekend and do you film anything yourself?

For weddings I don’t shoot solo anymore. It’s not worth the hassle and the quality of the video wouldn’t be what I’d want to put out. I have to have at least one person to help. Packages start at about $5000.

How important is customer satisfaction when doing weddings? How many of your jobs come in because of word of mouth propaganda?

Customer satisfaction is huge! This business is based on word of mouth and the way I look at each wedding I do, I’m going to book their friends and their family so I try really hard to make the best with each client.

Isn’t it scary to document an event that cannot be repeated?

Not really, I like it! I like the fact that it is and that’s my motivation to document the day the best I can in a cinematic way. I love trying to make my wedding videos something like a music video and make it seem like we had a crew of 10 covering the wedding when normally it’s only 2 or 3 of us.

Have you ever messed something up real bad?

When I first started out shooting weddings, I was freelancing for a company working for next to nothing and I can recall having audio issues. There was really bad interference with the wireless mic that was placed on the groom. Things like that sometimes you have deal with. Now instead of using one mic, I try to mic the bride, groom, priest and the sound board. You learn from your mistakes and certain situations you just have to deal with them. Sometimes there’s nothing you can do.

Have you been able to combine your skating skills with your career as a videographer? Ever filmed a wedding on skates?

For sure skating with a camera is something that most professional videographers can’t do. So with that being said, I was blessed with the opportunity to shoot for a few big name TV shows such as [H]ouse and CSI Miami.

What was the deal with [H]ouse?

House was a one time gig so far, but I’ve keep in touch with the DP, Gale Tattersal, and I often work with him doing Canon workshop and teaching students techniques on how to use a Glidecam.

I chose to go with DSLRs because of the ability to achieve super shallow depth of field and the capability of shooting in low light. I normally shoot on a Canon 5D Mark II and a Canon 7D and support the cameras with a Glidecam, Cinevate Atlas and Cinevate Core.

What are the advantages and disadvantages when filming with DSLRs?

Advantages are closer to a film like image, the depth of field, low light capability, high image quality and amazing time-lapses, smaller, easily mountable, interchangeable lenses. Disadvantages are aliasing/moiré the jello effect, hard to handheld with out getting mirco-gitters, no XLR inputs, no built in ND filters, no Zebra or built-in Image Stabilizer.

What are the three most important accessories one should get to put the great HD capabilities of these cameras to good use?

It depends on what you’re trying to film but lenses are huge, camera support such as a Glidecam or some sort of shoulder rig, mono pod or slider.

DSLRs are designed to take pictures. Video capturing is just a plus. The image processor in them interprets reality in a way to assure good results in still images. What are the first few steps you take to set a new camera up to improve their video capturing? What are Vinny Minton’s settings?

Normally when I shoot on a neutral picture setting to make sure to maximize the dynamic range and put the sharpness up 2. Shooting at neutral will help get you the most information, without crushing your black and blowing out your whites. So overall your image is flat, but once in post you will have a lot more data to work with and color grade as wanted.

Do you ever get tired of the look of DSLR video footage?

Nope, you can always change the colors in post to achieve a different feeling. Right now I’m in a phase where I like using warm colors but I’m sure it will change when I get bored.

You said in a recent interview that you’re going to make a new blade video. How is it going, who will be in it and when do you plan to release it?

I want to release it for Christmas but it’s all not figured out. I’m just trying to find the time. As of now I have a profile on Seattle and plan on making my way to other cities around the world. It’s not necessarily going to be revolved around certain skaters but more so cities.

A Day in Long Beach

I heard you are working on a new project with Brazil? So what’s the deal about this? Game Theory 2?

We just had a small project we both were working together on, not skating related. But perhaps in the future, some things may come together that will be skating related…

You’re a perfectionist on skates. With what quality demands do you approach a new project?

Just like a skater and a section they put out, they try to outdo their last section. With each one of my videos, I try hard to out do my last video, that’s one of my biggest motivations. You can only get as good as you want to get, learn as much as you want to learn. I’m a hustler so I’m going to keep at it and I’m never 100% happy with my videos so I will continue to push myself to do better and better regardless.

How important is the pay to always give 100 % and deliver great quality?

You were the first to use steady cams to film blading. While you didn’t invent them or weren’t the first action sports videographer that used these tools, people in the rolling industry refer to you as a pioneer in this field. When was the first time you saw steady cam footage and when did you decide to bring this into blading?

I first saw my friend use a Glidecam while we both were freelancing for a wedding company. To me that was the most amazing looking footage and it instantly reminded me of MTV Cribs. After that I ended up getting a Glidecam and I used to use a HVX, a really big and heavy camera, so it wasn’t to efficient as for flying for long periods. But once the DSLRs came out I randomly decided to give it a try with skates just messing around and this attempt is one of my most popular videos on youtube now.

Bladers refer to steady cam footage as “filmed Vinny-style” and there are many blade-videographers that gear to the look of your footage. How do you feel about that?

I didn’t know that but that’s cool. I definitely noticed a lot of skate videos with people using Glidecams and it’s helping the production of skate videos for sure. That’s a great thing because overall the video production values of our sport should be going up in regards of getting the attention it deserves.

Who do you look up to in videography?

One of my favorite cinematographers is probably Joe Simon. He comes from a similar background as me. He started off in the extreme sport of BMX doing videos and now he is one of the top sought after wedding cinematographers in the world.

Your work is getting quite some exposure recently. You just closed a contract with a Brazilian company that wants to display your Razors Swag and Pre Bitter Cold piece at 28 of the busiest bus stations throughout Brazil. How did this happen?

I was just contacted by a representative of Nextmidia Brasil. Basically they wanted to know if they can get the rights to have the videos looping on big screens at bus stations throughout Brazil. They can be seen in 20 of the biggest cities in Brazil including Brasilia, Sao Paulo and Rio de Janeiro.

What do other extreme sports do to push the boundaries in filming at the moment? What’s the next big thing in sports videography?

Snowboarding movies have been doing big things with video production for a while. Using cable cams, helicopter shoots, just full production videos. I’m just trying to work my way to that level. I just recently bought a small remote control helicopter so I can eventually fly the bigger remote control helicopters and put a camera on it and get my helicopter shots, haha. I’m always dreaming and thinking of things I want to do, there just isn’t enough time in a day to do everything I’d like. But for now I just want to get some cool looking crane shots, mixed with the Glidecam and dolly shots.

What is your advice to somebody who wants to choose a career in videography? Do they need to attend a school and have a degree in the field to get good jobs? How does one become a good videographer?

I don’t think you need to attend school to make a career in videography. Going to school can’t teach you creativity. The bottom line is if you really love it and have a passion for anything it will show in your work. To make a career out of it you need to be a hustler and let people know who you are. You need to make people pay attention to you. Just like anything else in life, there are plenty of talented people out there but if you sit and don’t share your talent for the world to see you’re not going to go anywhere. Just keep it moving and make people pay attention to what you’re doing and you will stay busy.