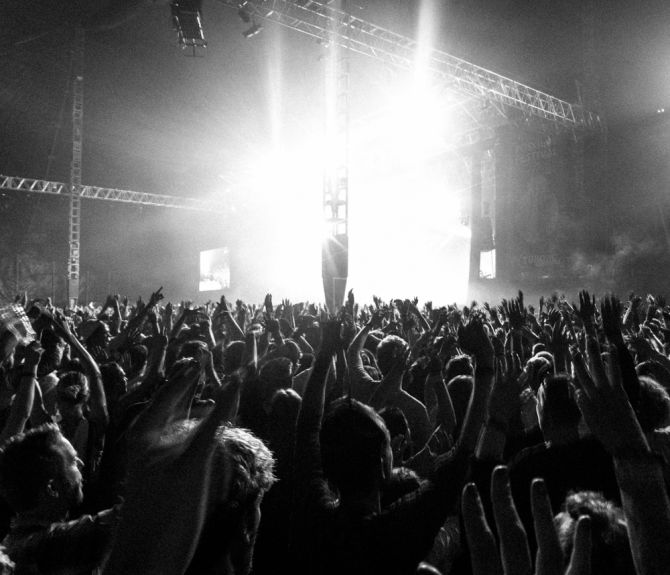 Where else in this world could you see Baauer, Kendrick Lamar, Chinese Man, Slipknot & the collective of Swedish artists known as Ingrid, all in the same evening, all for free? There again, you’re right: probably nowhere else. It took us a lot of walking, a few liters of white wine, many beers and shots of bourbon, and of course, a whole lot of energy to make it to all these gigs. The crazy part is I still missed the Animal Collective and C2C, which just shows how much is going on, at the same time, all over the place. Which makes it impossible to catch everything: quite frustrating, but a rather good reason to come back next year. And the one after that, and so on! I will spare you the stories, but I’m sure everybody here found many more reasons to come back, too. A couple more names, before we actually get to see them live today: Rihanna, Turbonegro, Bobby Womack, El-P, Crystal Castles, or Simian Mobile Disco… Now you’ve got a reason to join the fun next year, too (but in the meantime, you can already watch some of them live on the Festival’s Orange TV)!

Don’t ask me how it all ended yesterday, though, because I literally passed out during the last show, and took off to get some much required sleep. Exhaustion is getting at us, but we’ll try to survive another day of madness in order to bring you the 6th Chapter tomorrow, so stay tuned!