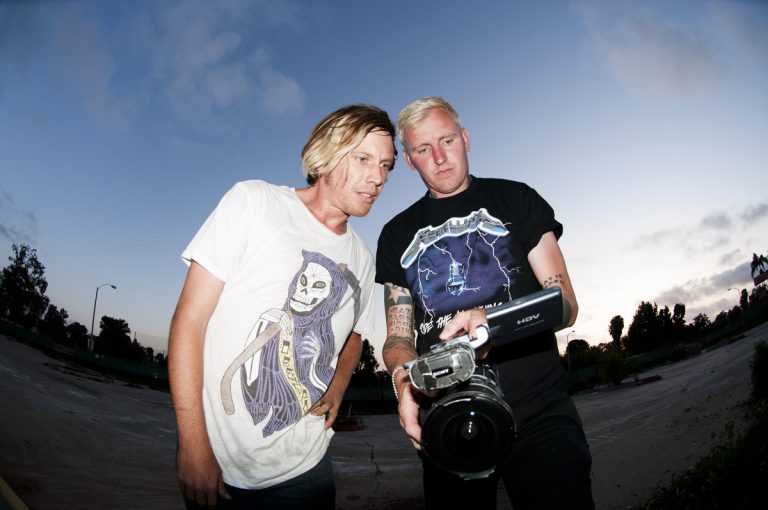 The story of how Russell Day became an Adapt rider keeps reminding me of an old Chris Haffey interview in Daily Bread. Chris talked about buying his first skates from his now longtime sponsor.
For some reason, that felt right to me. The idea that one of the biggest superstars in blading once bought his skates from a small company just because he wanted to show his support strikes me.
There is nothing more flattering then a rider who buy’s the product just because he loves the brand and wants to support it.
Russell Day wrote me an e-mail when we just started out with Adapt. Telling me how he liked the brand and wanted to try it out. Already afraid we had another rider asking for free skates, he just replied he wanted to buy them.
5 years later, that same person who wrote us that e-mail, just received his first Adapt pro skate and had been a member of the Adapt family since day one. 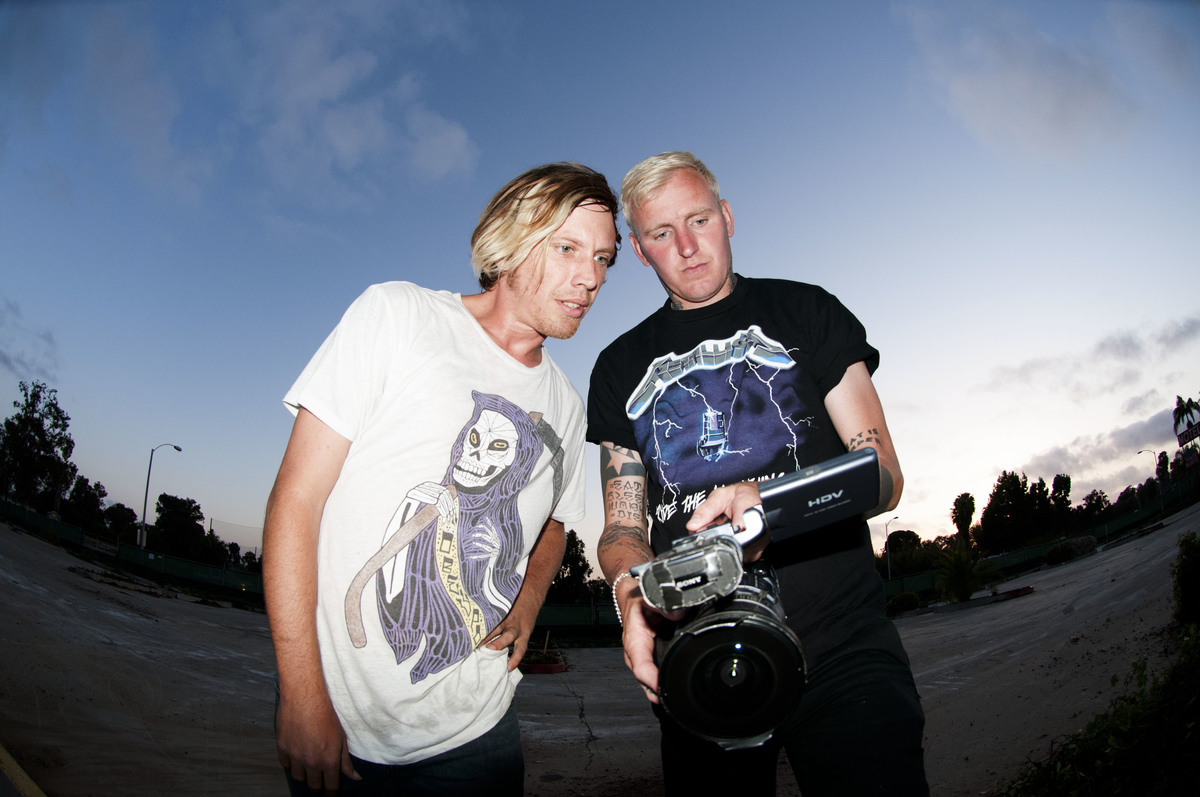 First off all, congrats on your first pro skate. Its well deserved.
You have been on the adapt team for some years now, how did you got on the team and what made them decide to give you the next pro boot?
I’ve been on for going on 6 years I believe, time flies when you’re having fun. What made them decide? I mean, dedication and game recognize game, I suppose? I love them so i guess the love was returned full fledged. I can’t imagine a better skate for me.

What is your input on the boot and what is the difference between this boot and the previous boots?
From day one, I was in love with the suction of the heel and the cloud-like feeling of the padding. Every boot has been better than the last and obviously mine is no exception. The overall ninja aesthetic teamed up with a internal chassis that has been tested vigorously by the team just makes this one the best of the bunch… so far. I couldn’t be more ecstatic about the outcome. I get the feels every time someone tells me they purchased them.

How was it to film with on home turf since you guys already filmed in Europe last summer.
I’ll tell ya man, the timing was nuts. I was going through alot of personal things at the time. Filming at home can be very stressful with work schedules and family issues. I was having a really hard time focusing on skating compared to being in Europe. Being away from home makes things more relaxed and really lets me vibe out and just be me and not think.

Yesterday you held the 1st annual SD street contest. Where did this idea came from and was it stressful?
I always think about throwing a competition, it was definitely not my first time organizing a competition so it was not stressful besides coming up with come product and getting a rental truck. San Diego is the old school home base of rollerblading and some consider it to be the mecca of spots. I just picked a date and made a Facebook event back in January just so I wouldn’t flake on the idea. And basically that is all it took. I didn’t do ANY promotion or networking for it at all. I just wanted to let people know that “Hey, I’m here and I’m gonna keep doing things and rollerblading til my legs fall off”.

How would you like to see rollerblading in the next few years? which parts, besides the lack of money, do you hate or love in now a days scene?
I think rollerblading is heading in a really great direction right now, people have there pet peeves but as long as you aren’t stepping onto your soul grinds and making sure your boot-groove is touching when you do a groove trick I’m pretty stoked on the output/input from our community lately. Growth is always a positive thing for the next generation, and money will always help us fill our gas tanks to search for new spots, but the love that we have for our creative outlet is uncanny and I can’t be anything but proud. In a world of monetary value, all we care about is views and if our favorite skaters like our posts. LOVE IT! That’s passion.

You have had your type/style of skating for years now. But who inspires you to still get out there and get clips or just skate for your own pleasure?
Well first of all, I’m super stoked to be on a team with Julian. When he was coming up I always really dug his style and obviously he has developed into the sleek cat-like creature you see these days, plus we both love to cess slide. Eugen Enin is a big time bad ass in my eyes of course, I was watching all of his edits since day one. Jimmy Shuda for life…. just saying. The edits from the Pittsburgh crew (Ryan Parker, Cody Reffner, Shane Conn, Mike Koliner) are always on my youtube playlist.

Can you tell me a little about the San Diego scene and how it is now compared to 10 or even 15 years ago?
We still have a big scene for our locals, we get together for sessions at skateparks 2-3 times a week and some of them go out and party together and such. We definitely don’t have as many big shredders around right now. But we all have fun and it always fluctuates every 5 years haha.

Who do you see as the up and comers in the Cali scene right now?
Few and far between but I’d like to see some more sections. But I usually look forward to a Jordan Williams batch of clips. Oliver Prado puts out some quality style. Oscar Sosa be shinning at the right times as well, love that dudes steez. And Joey Lunger has been a pleasant addition to the west coast.

Will you be back in Europe anytime soon?
I’d like to hope so. More than likely.

If you could single out just one blader that you think is the best right now, who and why?
Oh man gonna put me on the spot like that. Well just like many other peoples opinions, Eugen Enin has been on God Mode lately. Cheat codes out the ass while at the same time making it look so fluid and possible. Not to mention I got to skate with him and Shred Cologne and he was a absolute gem and a pleasure to be around. Bonus points for being such a nice guy.

What does the future holds for Russell the next year?
I’m hoping to travel a bit more, skate a ton, work on a skate video of my own, and smile.

Any last words?
Shout out to Pieter and Olga for giving a emo kid a chance
And my mom for always having my back.
Dad thanks for buying me my first skates. 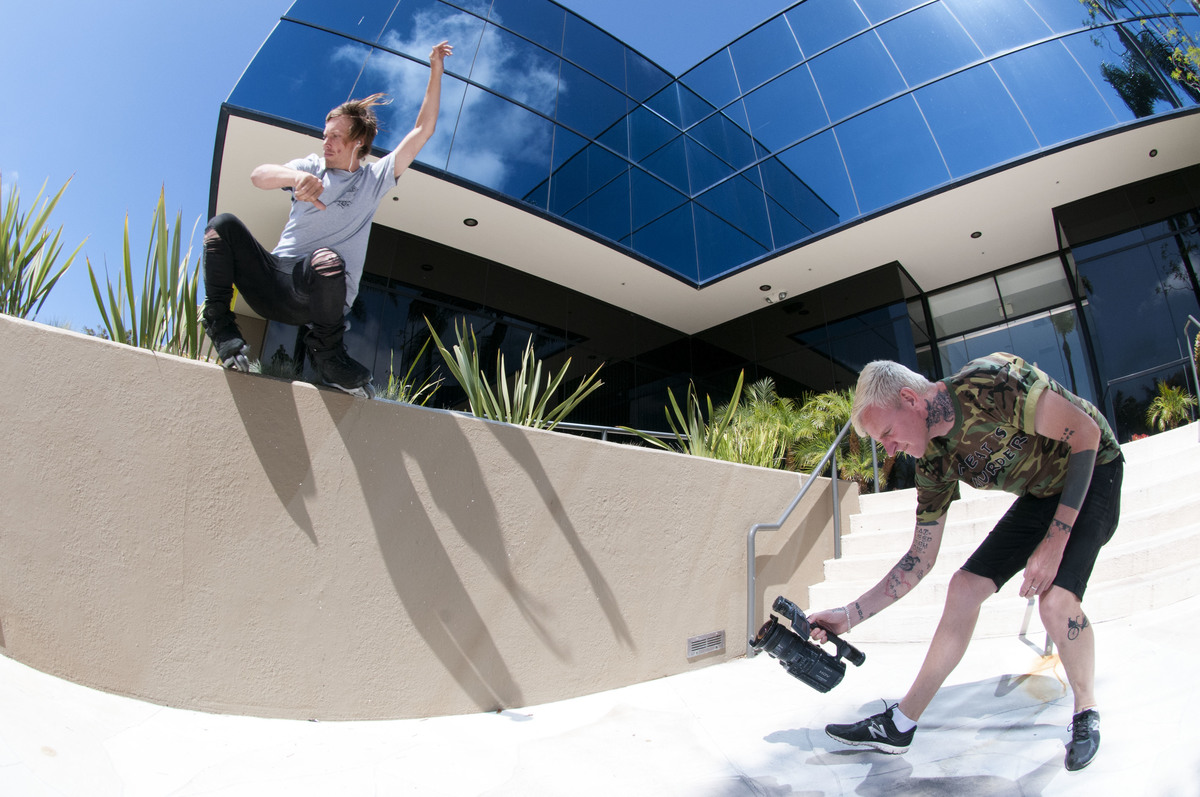