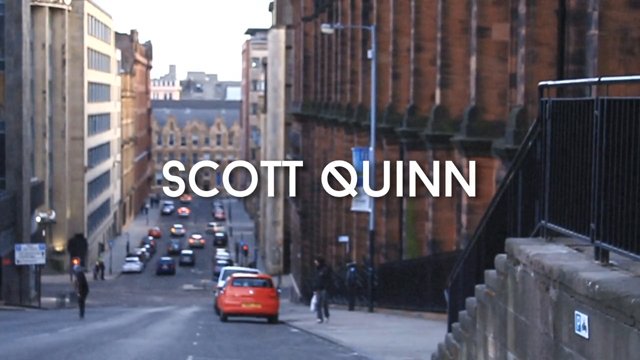 Filmed in Ayrshire, Glasgow, Edinburgh, Stirling and Cumbernauld, Scott Quinn makes use of familiar and previously unseen Scottish urban terrain to display why he is leading the charge for the country’s latest generation of bladers. There is literally nothing you can put in front of this guy that he can’t skate. He will rinse ramps, rails, ledges, monster stair sets and drops that give rational people acrophobia with a cheeky smile and too much caffeine pumping through his veins.

Read some fun facts about the filming process at wheelscene.co.uk.
Filmed by David McNamara and edited by Anthony Medina.

Special thanks to Scott Riddles and Andy Mills for the additional footage – you guys are awesome.