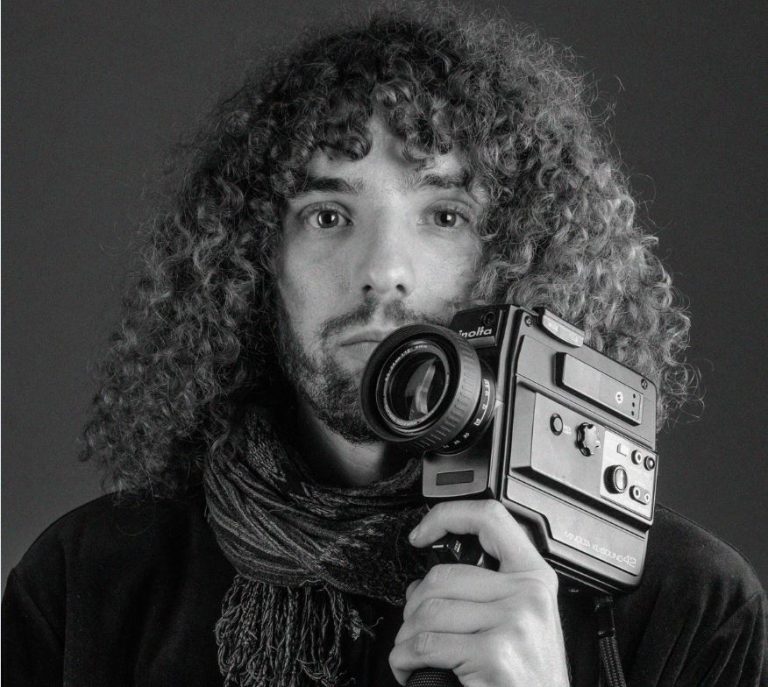 Having been one of the people behind Lost Tapes and Reincarnation, Seba Seufferheld knows how to produce quality rollerblading films. When the trailer to his new film Valparaiso dropped, he had to get to him as soon as possible. In rollerblading terms, that is. We talked about his recent injury that took a serious toll on his body, about Haitian, the rollerblading media’s falling star that gave us some of the most creative visual content in years and the future. 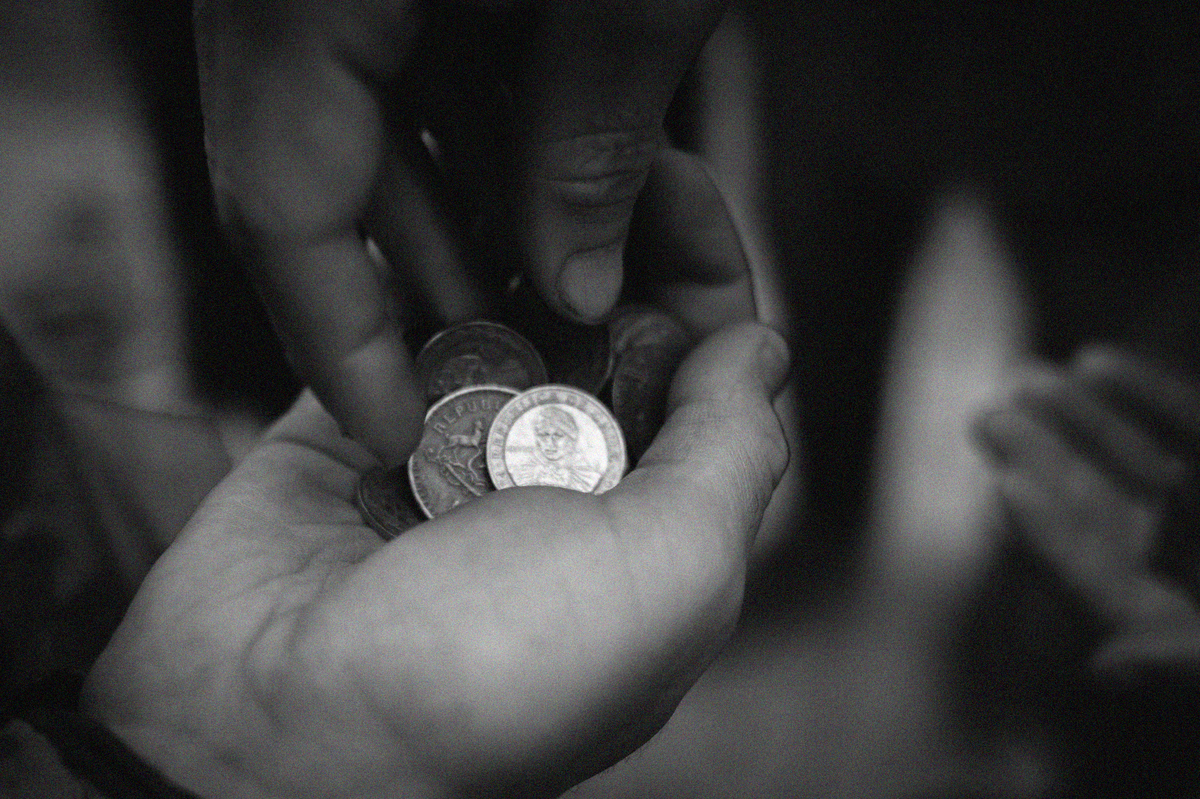 Why the name Valparaiso, did you film the whole video there?
Yeah, everything was filmed in Valparaiso. We wanted to portray a city that is alive with movement and human expression. Valparaiso has the qualities of disorder and improvisation that most South American cities have, and we wanted the actual skating to give in some of its protagonist role in the film and share focus with these qualities so the name of the film is simply the name of the city with the Haitian logo as one of the A’s. It leaves room for impartiality unless the symbol within the wording is recognized.

I see you filmed for it, does that mean you’re 100% back from your injury? How did that go, how long did it take you to recover?
No, I am not fully back to normal. Several bones in my pelvis have stayed shifted, changing the standing posture of my body and the amount of shock I can receive. The recovery took about 6 months split between 3 months of being in a hospital bed, a month and a half in a wheelchair doing physical therapy and a month of walking before moving to Valparaiso to start filming. The idea for the film came from the times I was in the hospital bed, and my footage in the video shows the process of re-gaining trust and re-learning how to skate again. 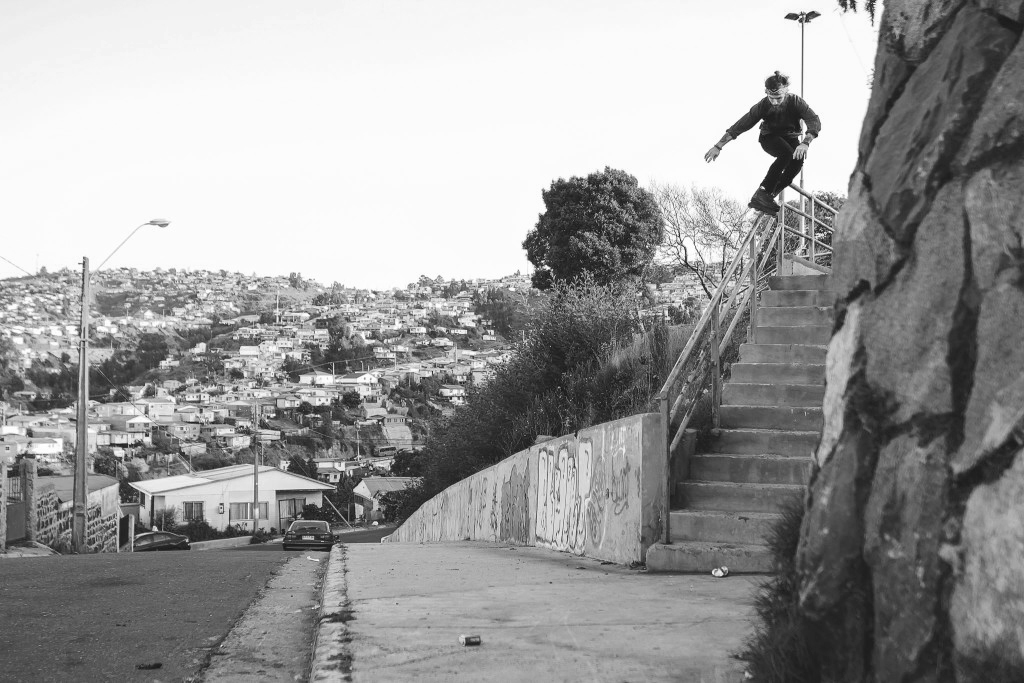 What’s going on with Haitian? Is this a reboot of the project and who is behind it now?
Haitian has been on a pause for quite some time now. This project is something that has been cooking since those days, but the idea of Haitian as it was is not anymore. Everyone has moved into a different chapter in their lives and it makes sense for Haitian to follow along with that transition. This project was started and worked on by Jona, Bina and myself in terms of people pushing for the vision to become tangible. Two homies from Chile (Gato and Coy) joined very organically into the mix later on.

How long did the filming for Valparaiso last and do you plan on putting it out as a VOD?
In total it took about 4 months to shoot. One of the cameras stopped working and didn’t record the last 4 or 5 tapes that had most of the footage before departing to Europe. So a lot of the bangers and necessary footage was lost, so we put a pause to the project until I was able to go back by myself with a super 8 camera and get enough footage to compensate for some of the loss. It didn’t make up for everything that was lost, but if it wasn’t for that incident, the film’s direction would have a different one. The film will premier this month in Valparaiso and after that it will be available as a VOD. 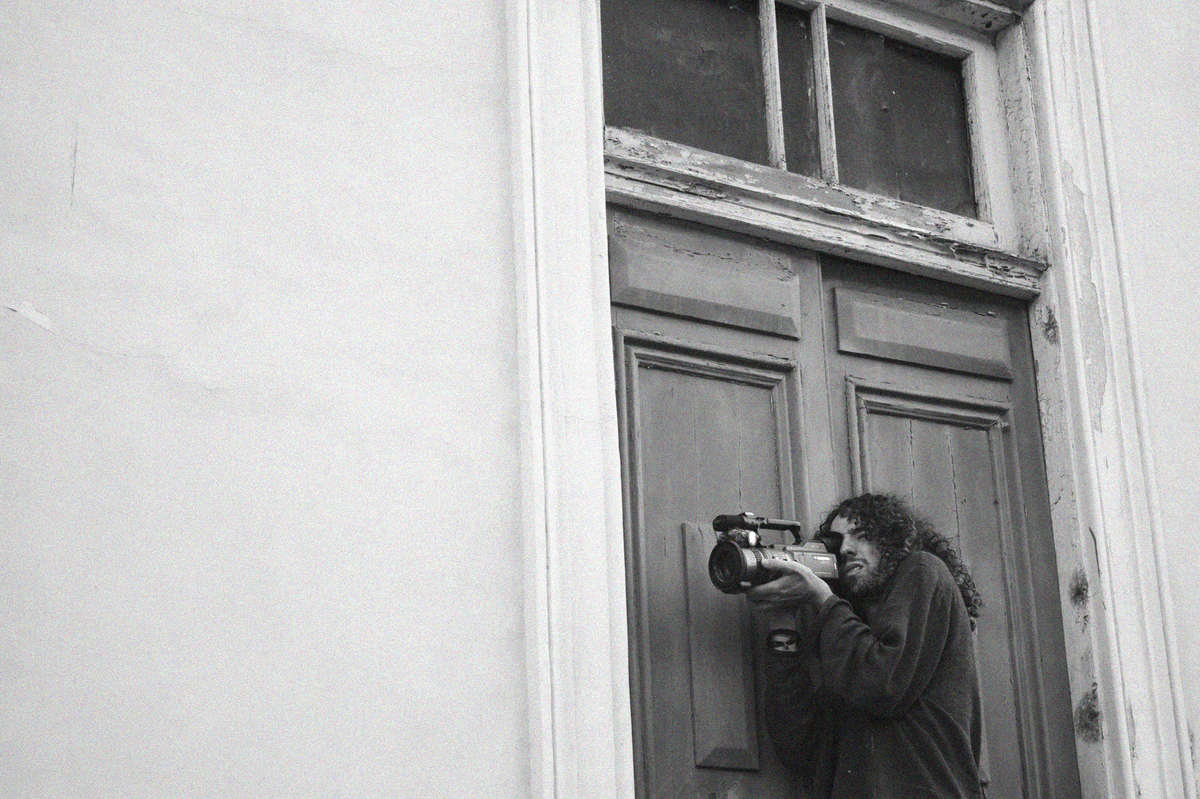 Will the visual identity of the video follow your previous releases?
Yeah, it will have several elements that were present in previous films. We’re still using the vx1000 as the main camera, but this time we added a super8 camera and a more artistic approach to the composition.

How did you choose the line-up for the profile sections in the video? Who are the people in it and why did you pick them?
We didn’t do a lot of planning for this project. Bina, Jona and I moved to Valparaiso to film the project and everything happened from there. We had met Gato and Coy in Chile some years before and they are full brothers of life. Both of them really love blading and have developed a unique way of expressing themselves on the skates. They lived in Valpo for quite some time so they knew a lot of the secrets to the city and naturally they began collecting footage. 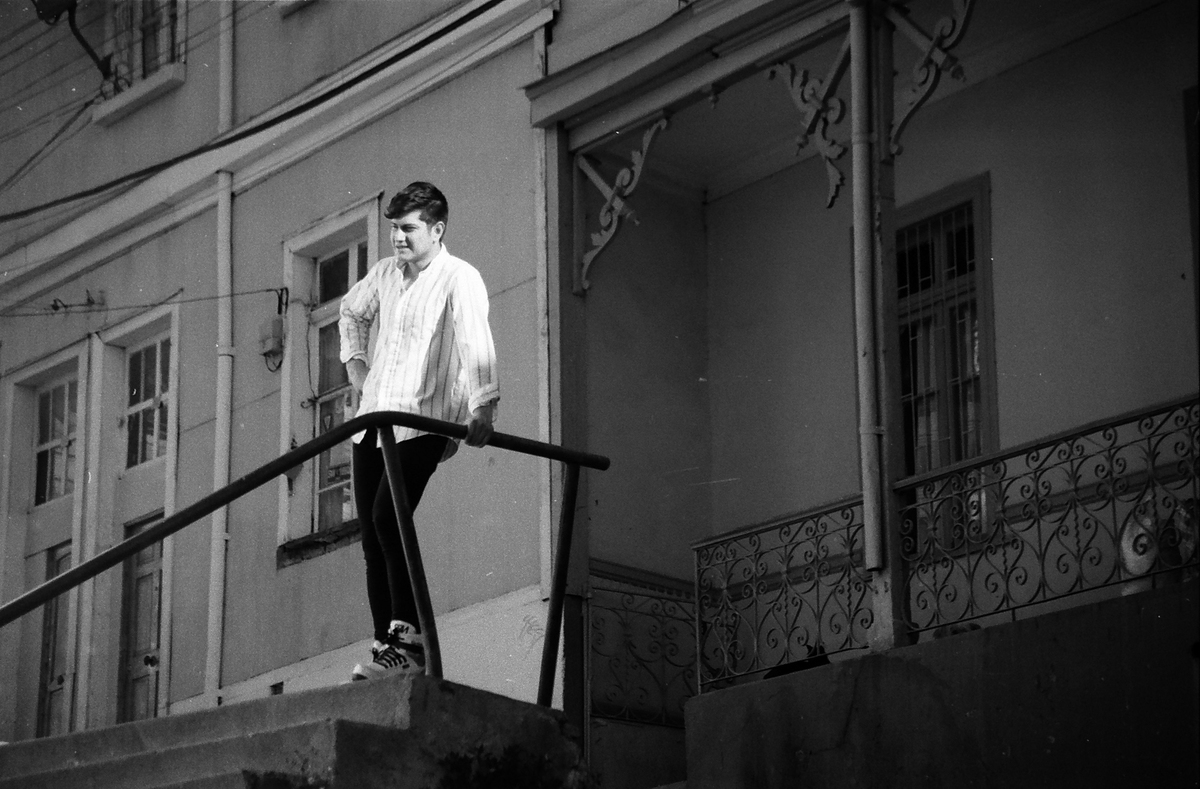 You guys have a very distinct aestethic, where do you draw your inspiration from?
From being alive.

You’ve been to EU and the US more than a few times. Coming from South America, can you compare blading and bladers in all three?
The vision of blading in Europe is beautiful. It has the quality of a melting pot of cultures thru the act of blading. In events you really feel the different cultures present thru languages and ways of expressing. The feeling of putting skates and leaving identities behind to speak this different language with people is incredible. The industry is very present there, and skating is big and diverse enough to allow the rich diversity of expression.
In the States blading is more about crews and about ideals in my eyes. Groups of people that bond together thru skating and that aim to have a certain image portrayed. A lot of creative energy.
In South America the level of skating isn’t as intense as the other places, but people really skate from the heart. I think it is because most bladers here stay in that state of skating in which the objective is the fun of it. The possibilities to film for something or get a sponsor are minimal, and this creates an atmosphere free of the tensions of those elements. But, since these elements are not present to constantly add a forward momentum and push people, the level doesn’t rise to similar heights as in the States or in Europe.
Usually everyone is homies with everyone, because of its distantness it seems to me that bladers in South America are less affected by the mental trends that happen within blading in other places. 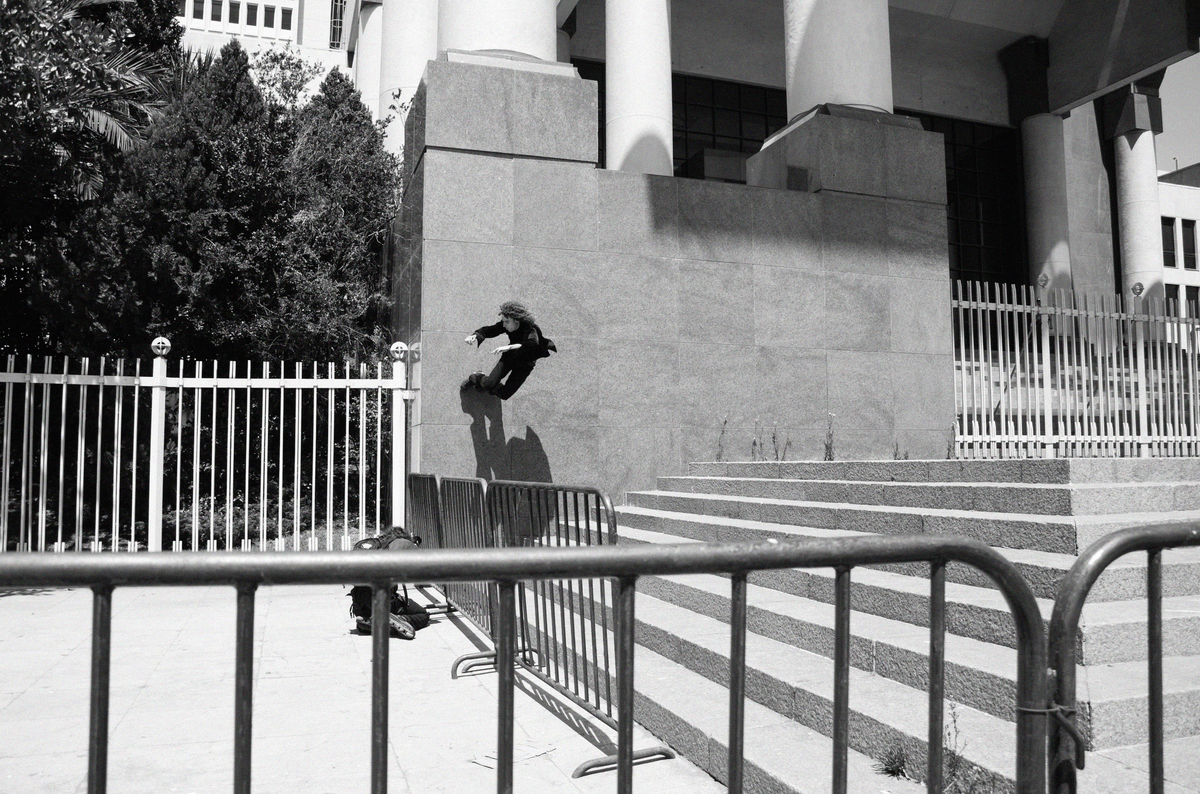 Do you see yourselves going on another European tour as Haitian?
Who knows? It would be incredible, but everyone is on a different tip at the moment. I would like to do a project more towards the East.

I loved both Lost tapes and Reincarnation. Looking back at those videos and videos from other people that came afterwards, do you think it brought something new to the table? Your stuff is always so gritty, raw and true.
Malcolm and Dylan had a revolutionary vision for Lost Tapes. We were going to continue to film until it felt like it was enough, which could have been never. We were all really hungry and this beautiful energy was with us. I think that anything that is developed with these elements is bound to shine. The group dissolved before finishing the film and Bina took over the task of putting it all together. Lost Tapes was a classic blade video.
Reincarnation came up as a result of the group’s separation, and was envisioned as a continuation of something that had dissipated in the format of a tour video. It could have never been the same as before because of obvious reasons, but it was going to be something fresh with more of an in the moment feel.
I think Haitian has had a solid role in the blading, but as far as bringing something new to the table, it is very much a subjective matter. Hopefully Valparaiso offers something new. 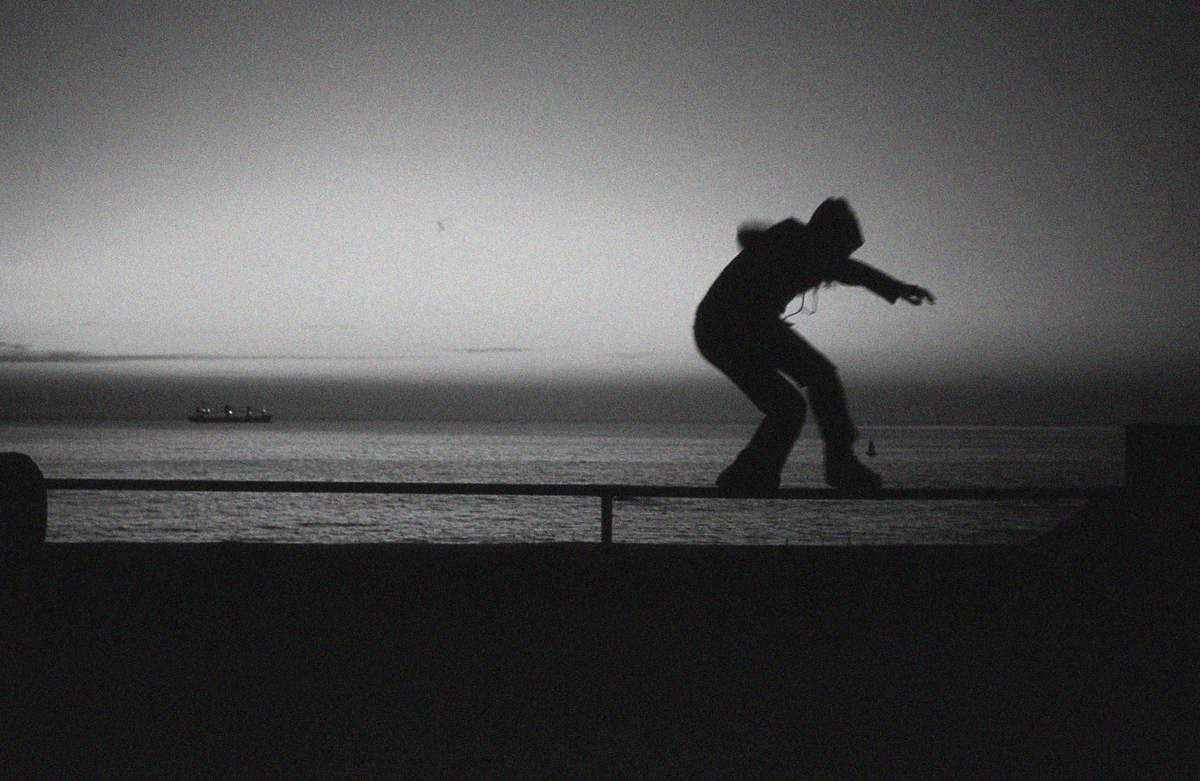 Having gone through such a traumatic injury, what has been your main motivation in getting back to blading?
I never stopped dreaming about skating. I was inside a room for almost 2 months and as soon as I was able to sit on a wheelchair and go outside to the balcony, I noticed the beautiful fresh air hitting my face, the strange feeling of wind hitting my skin, and the thought my mind elaborated of doing a ledge roll to gap that was across the street. At that moment I knew I was going to be able to come back.
I naturally also thought to do something else rather than skating, and I got registered in a Film school in Argentina. Classes were about to start and my body also began to start. I was able to grind curves again, and then I left school and moved to Valparaiso to start filming.

Did you already decide on the soundtrack fro Valparaiso and what can we expect?
Yes, the soundtrack is already set. A lot of instrumental music that ranges in style. Some harp here and there, different flavors from different cultures. 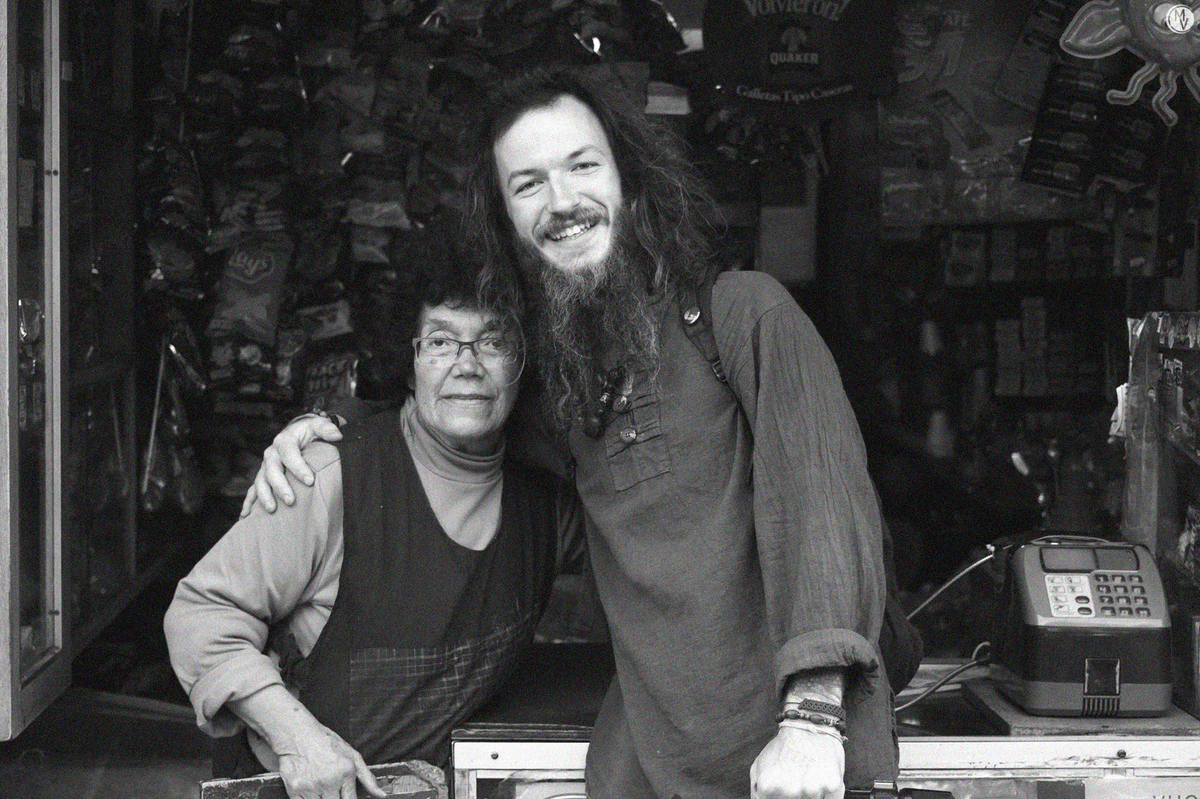 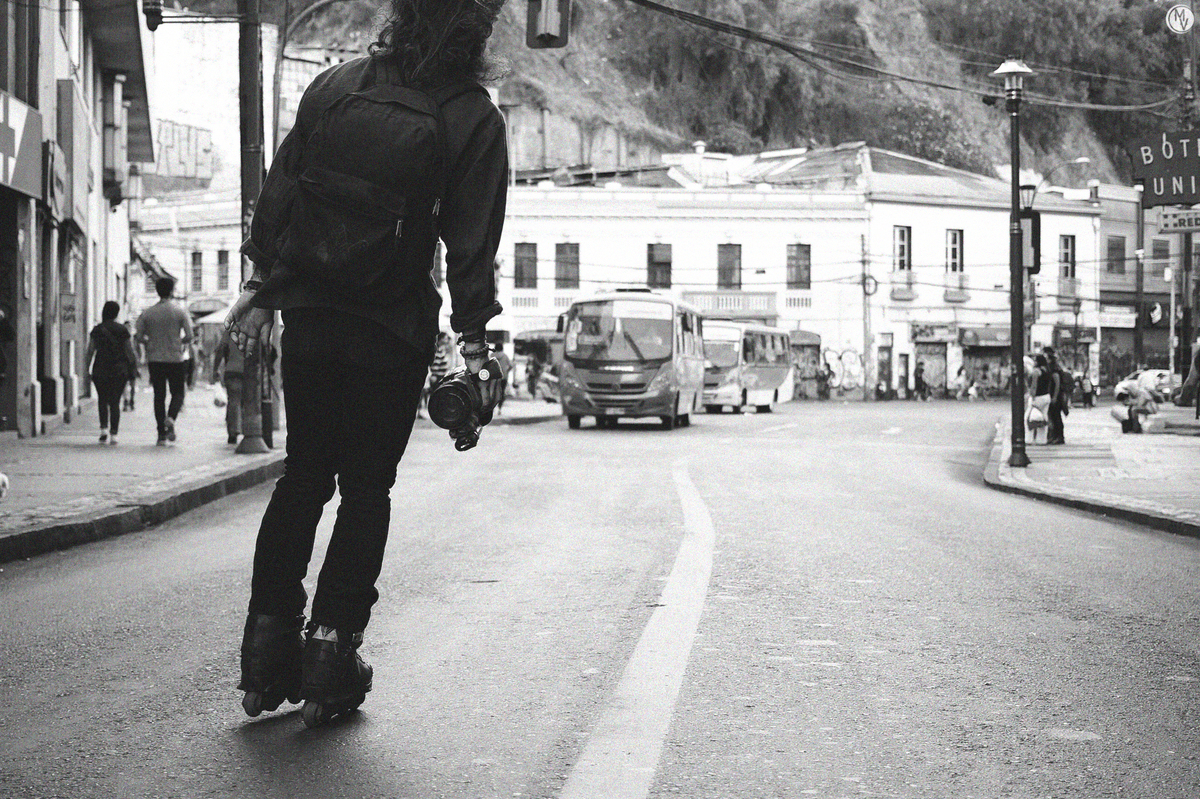 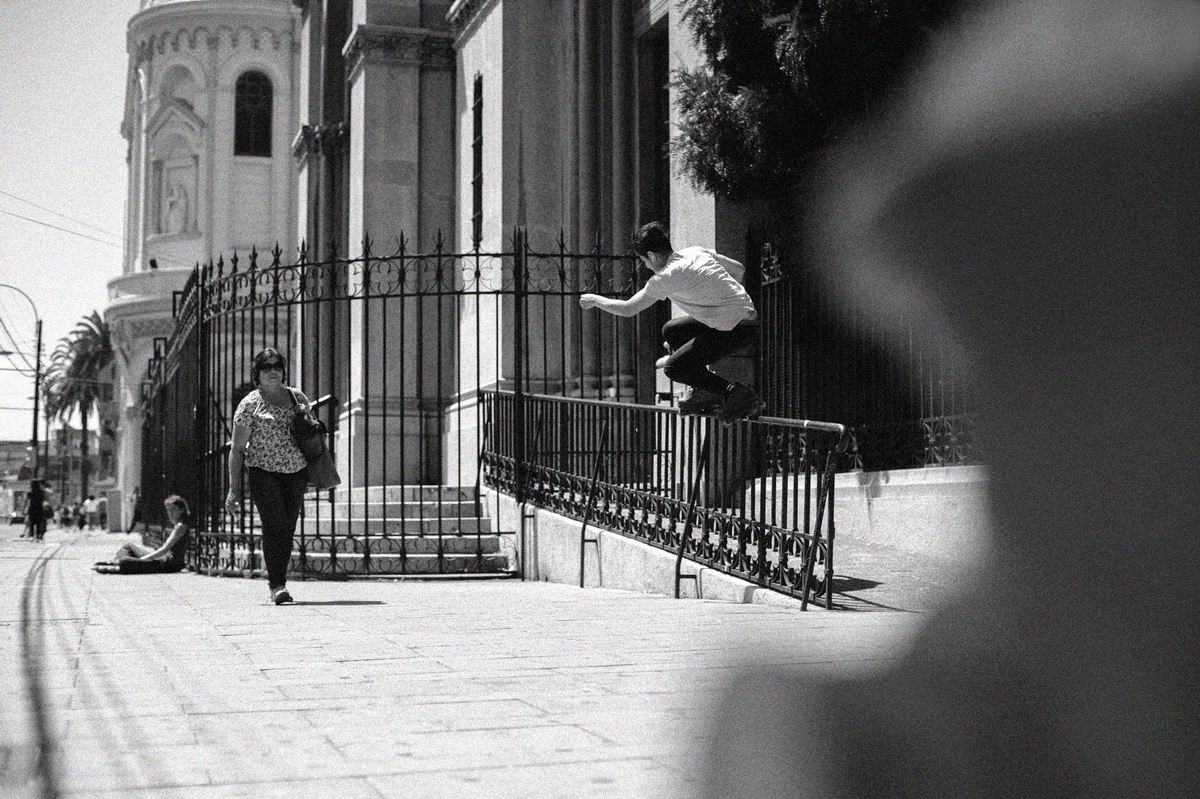 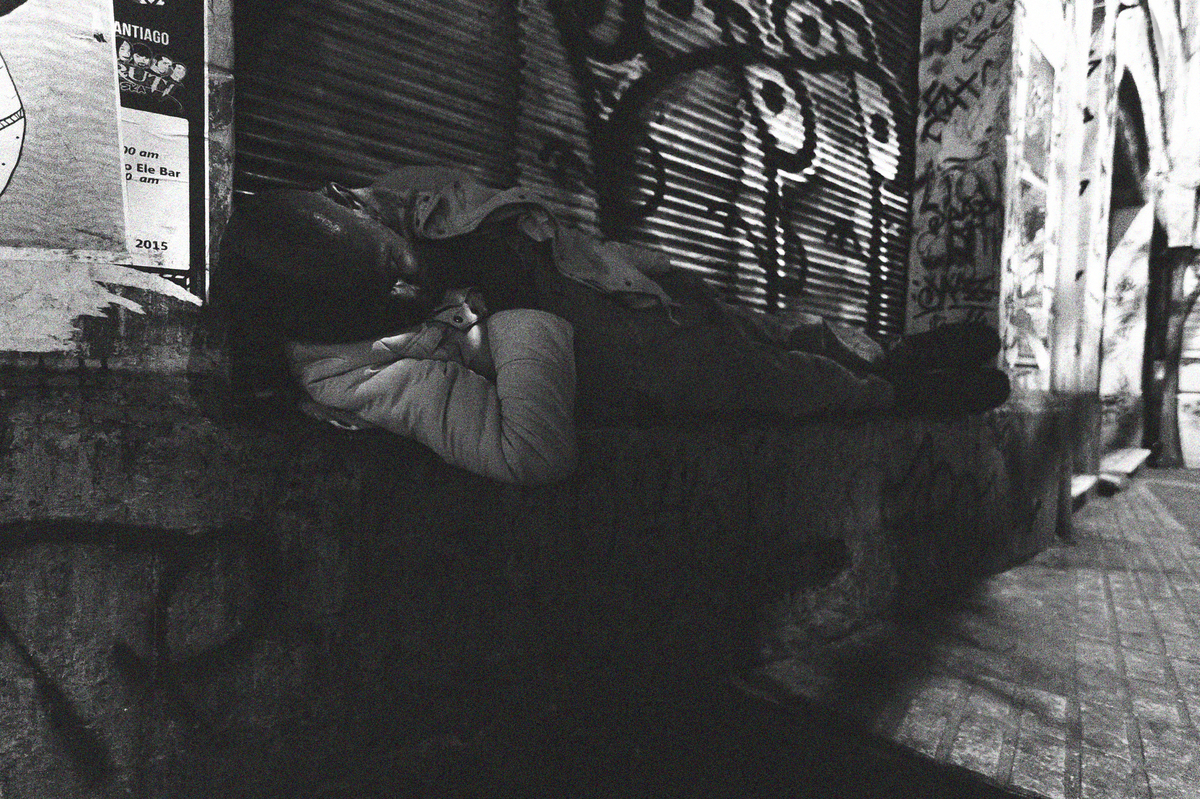 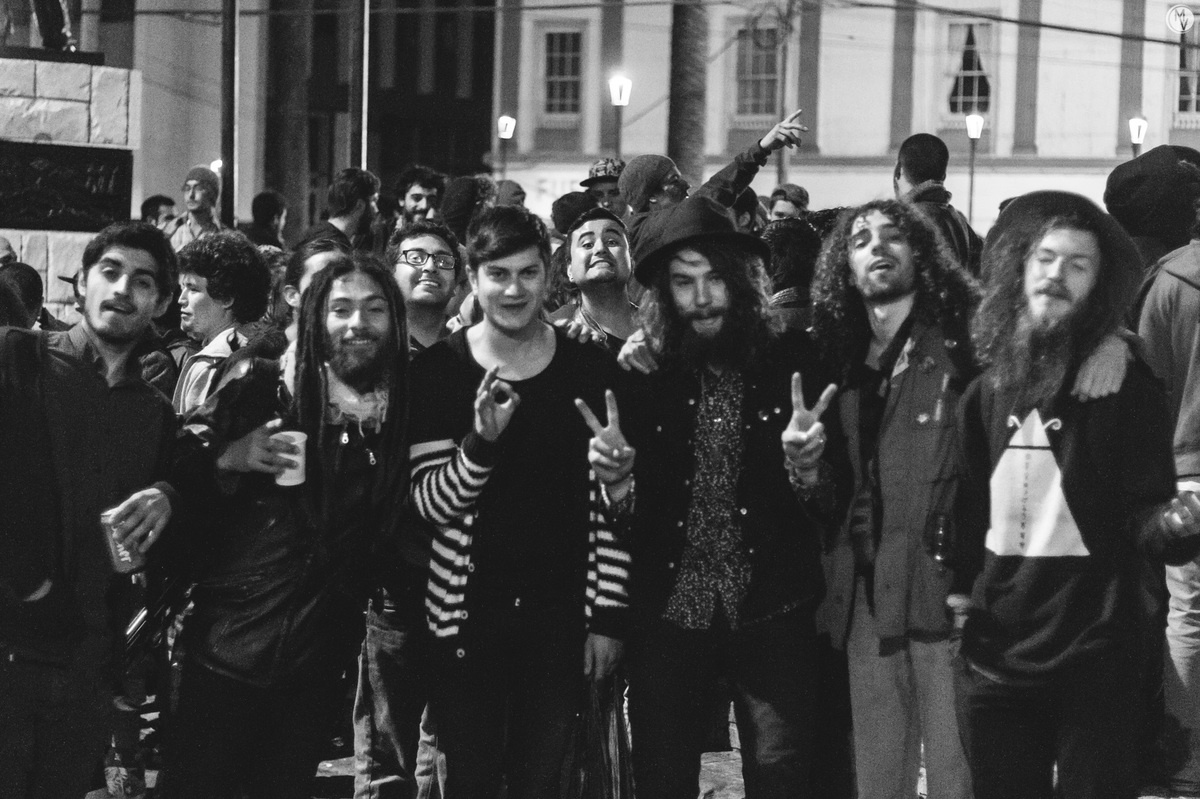 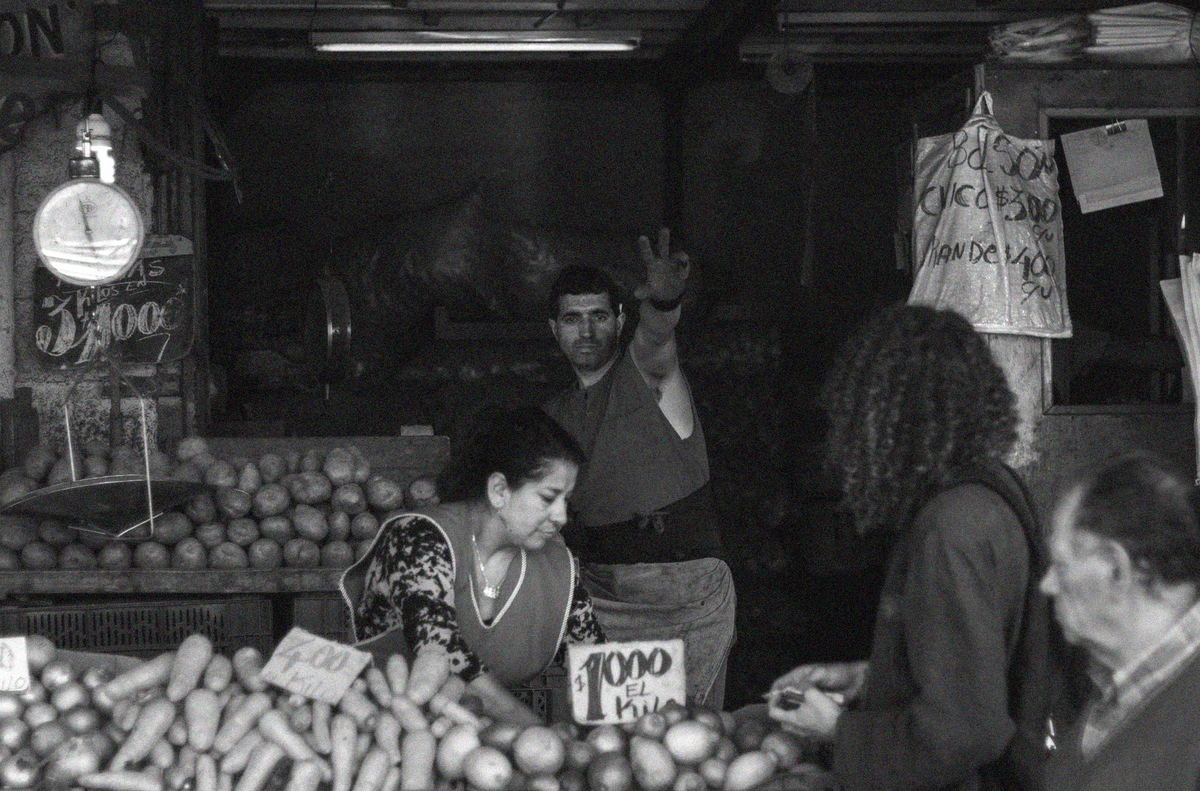 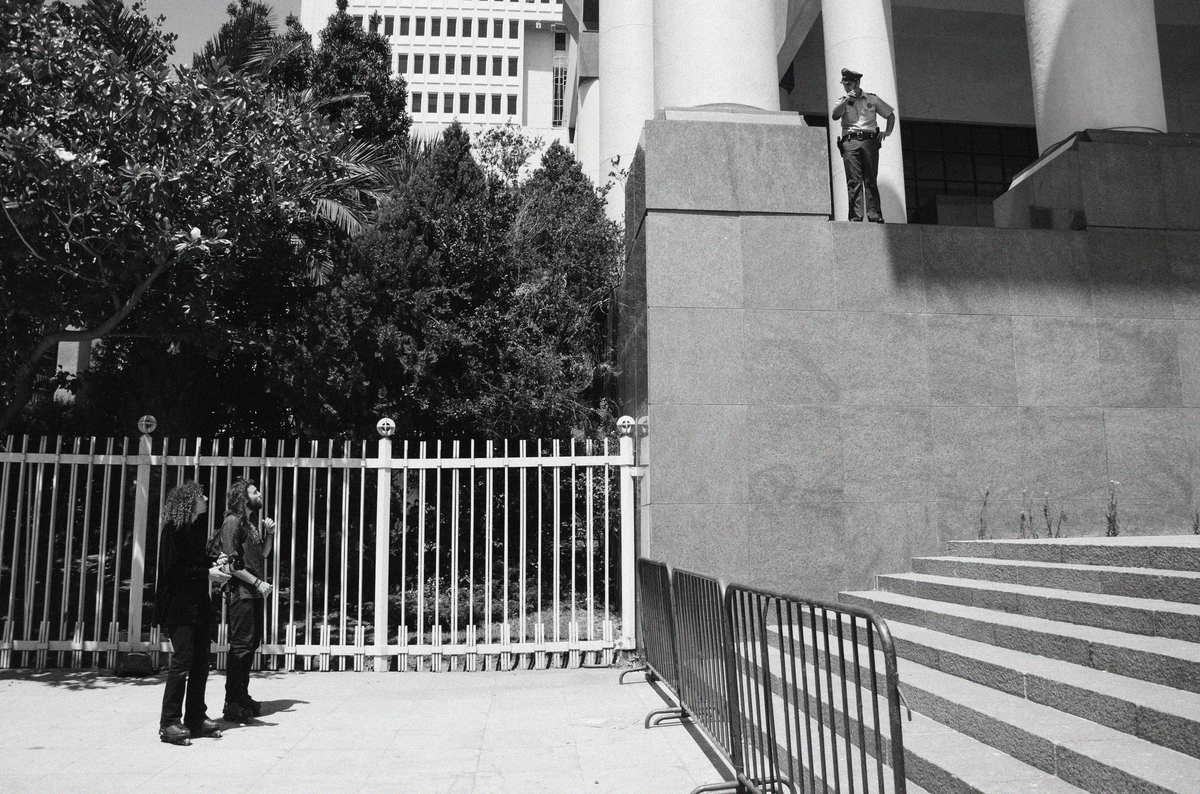 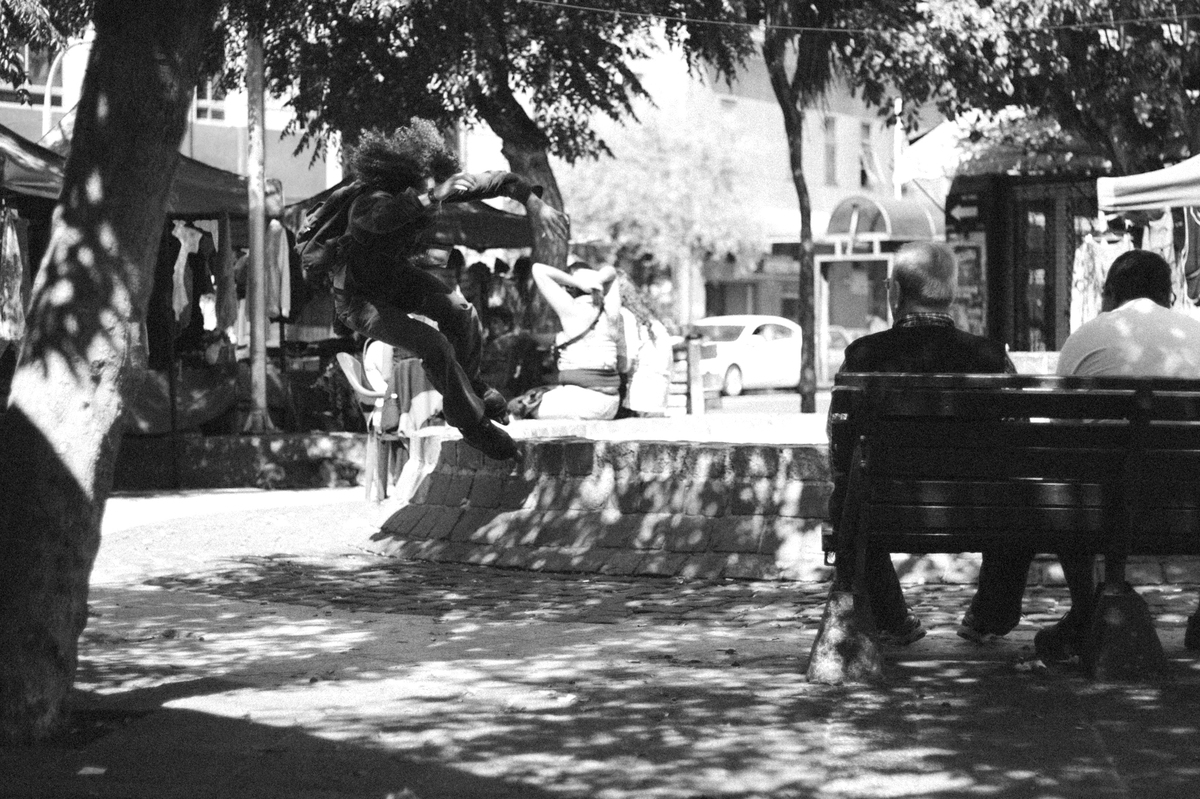 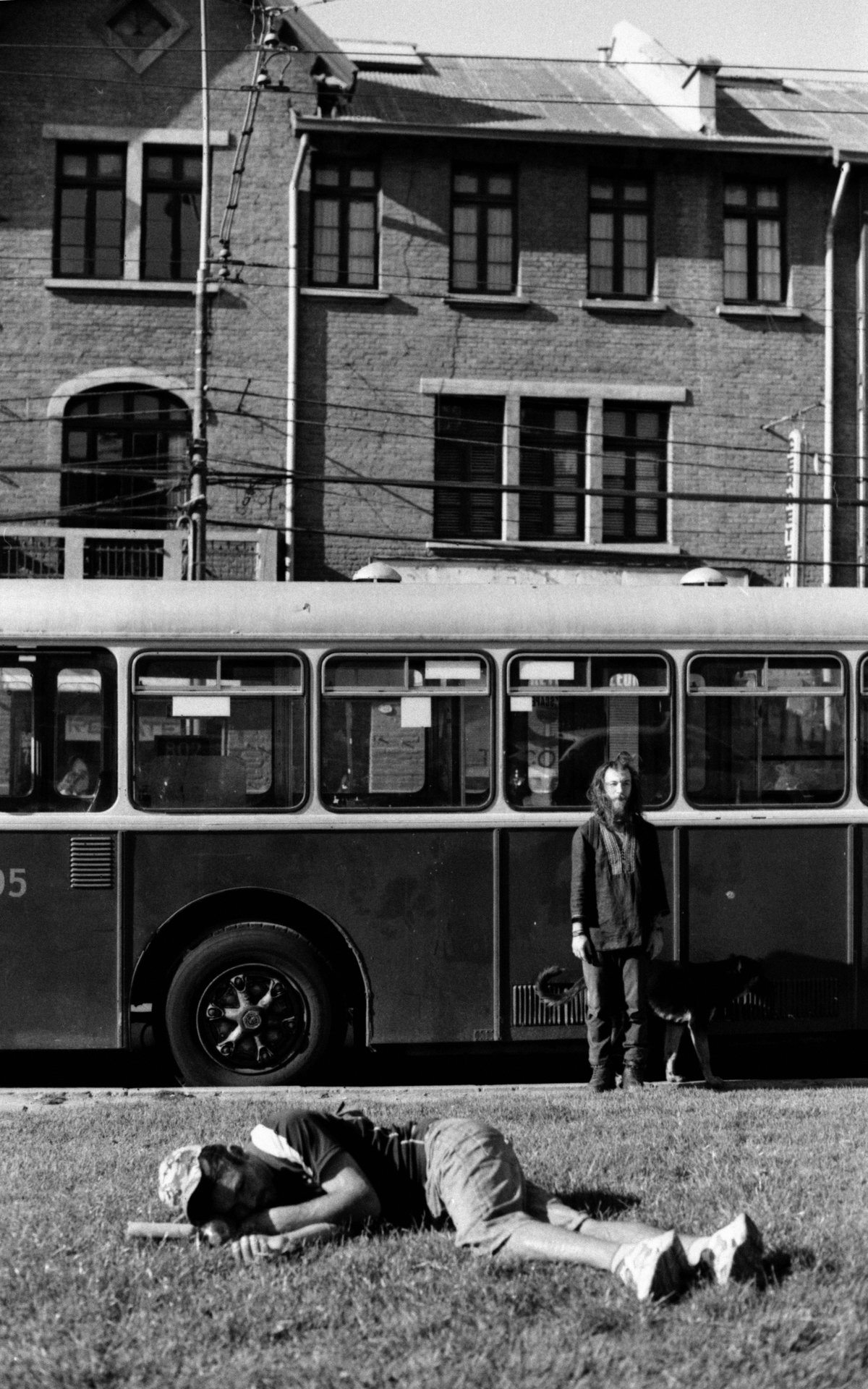 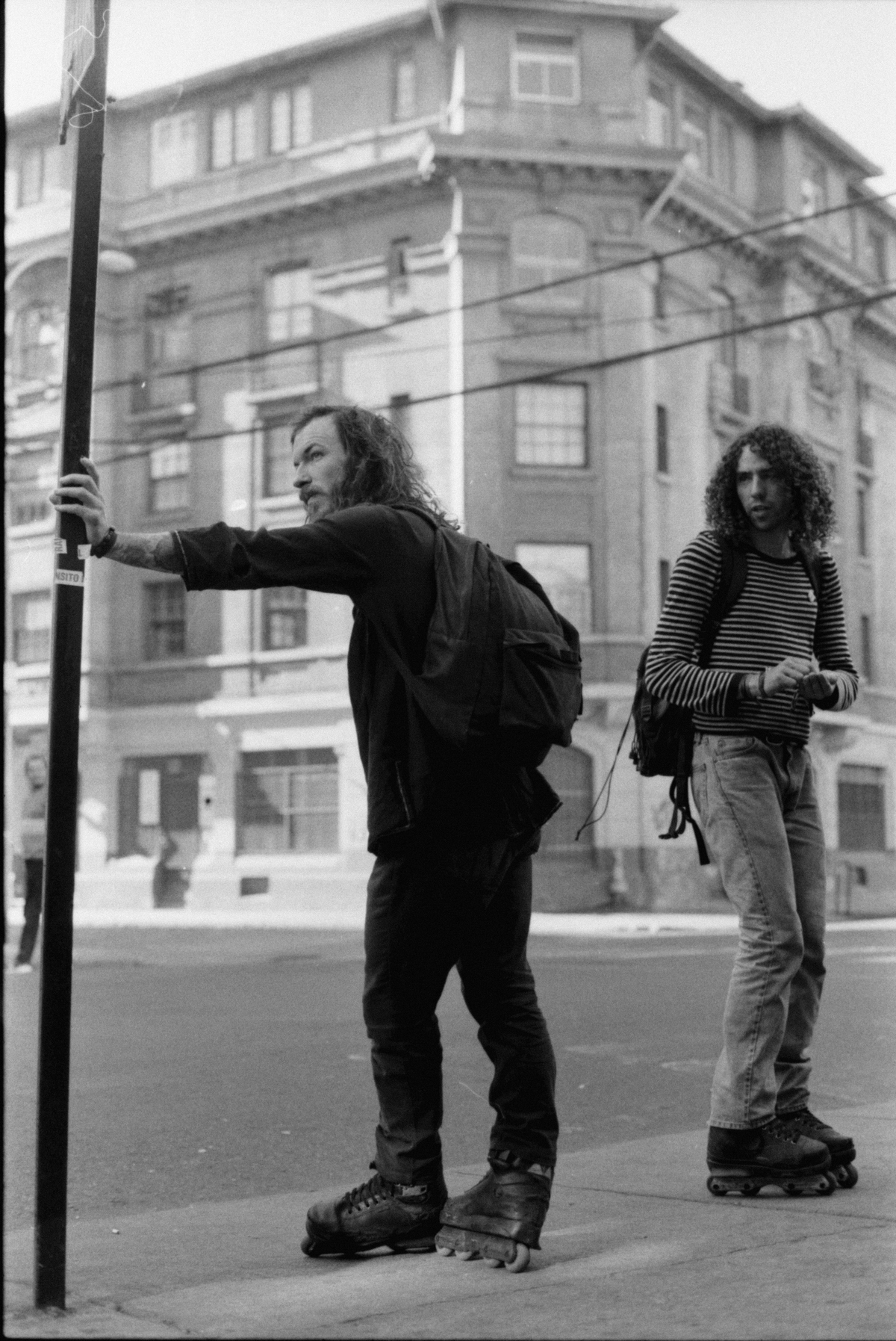 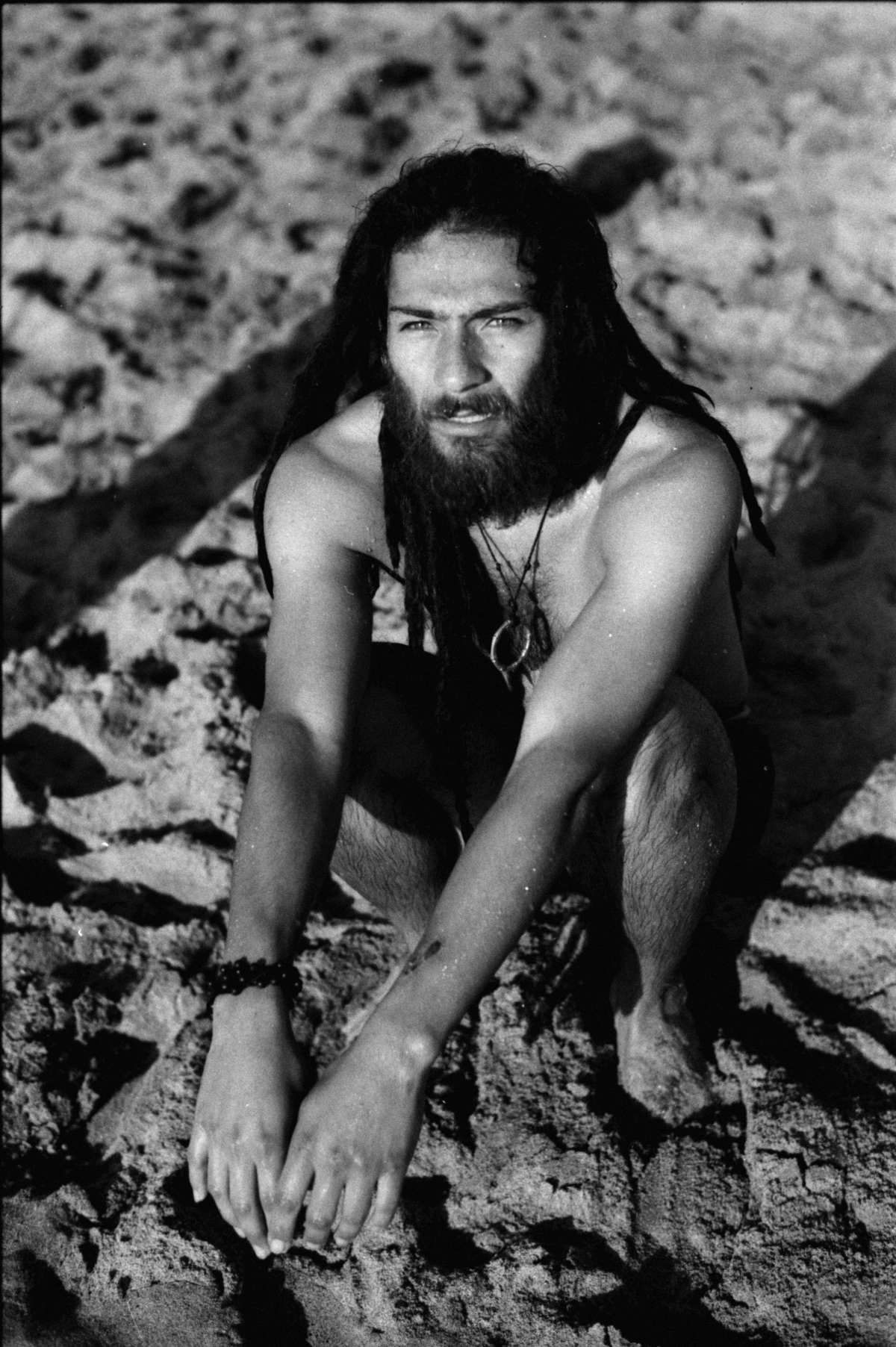 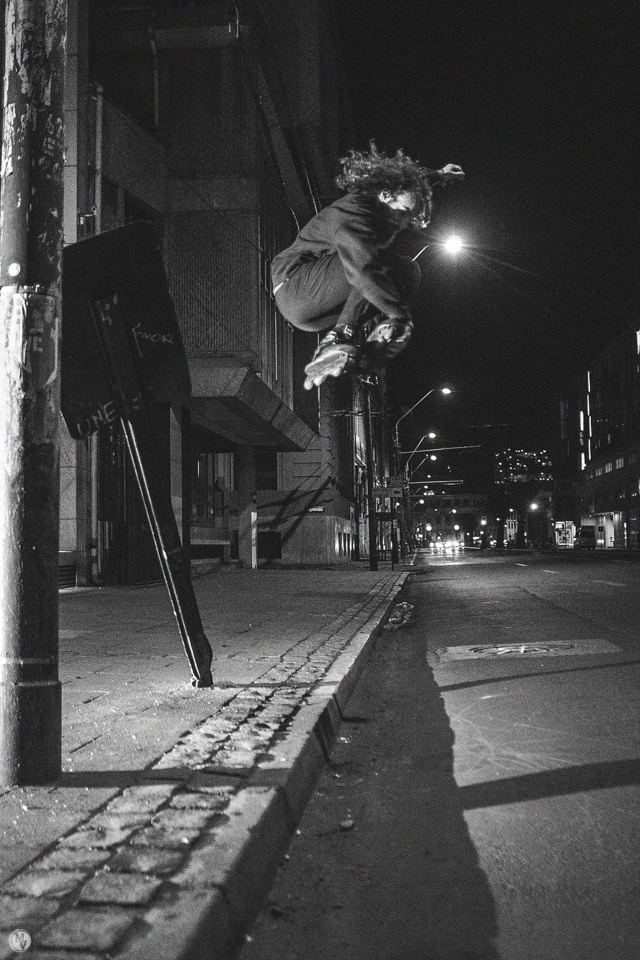 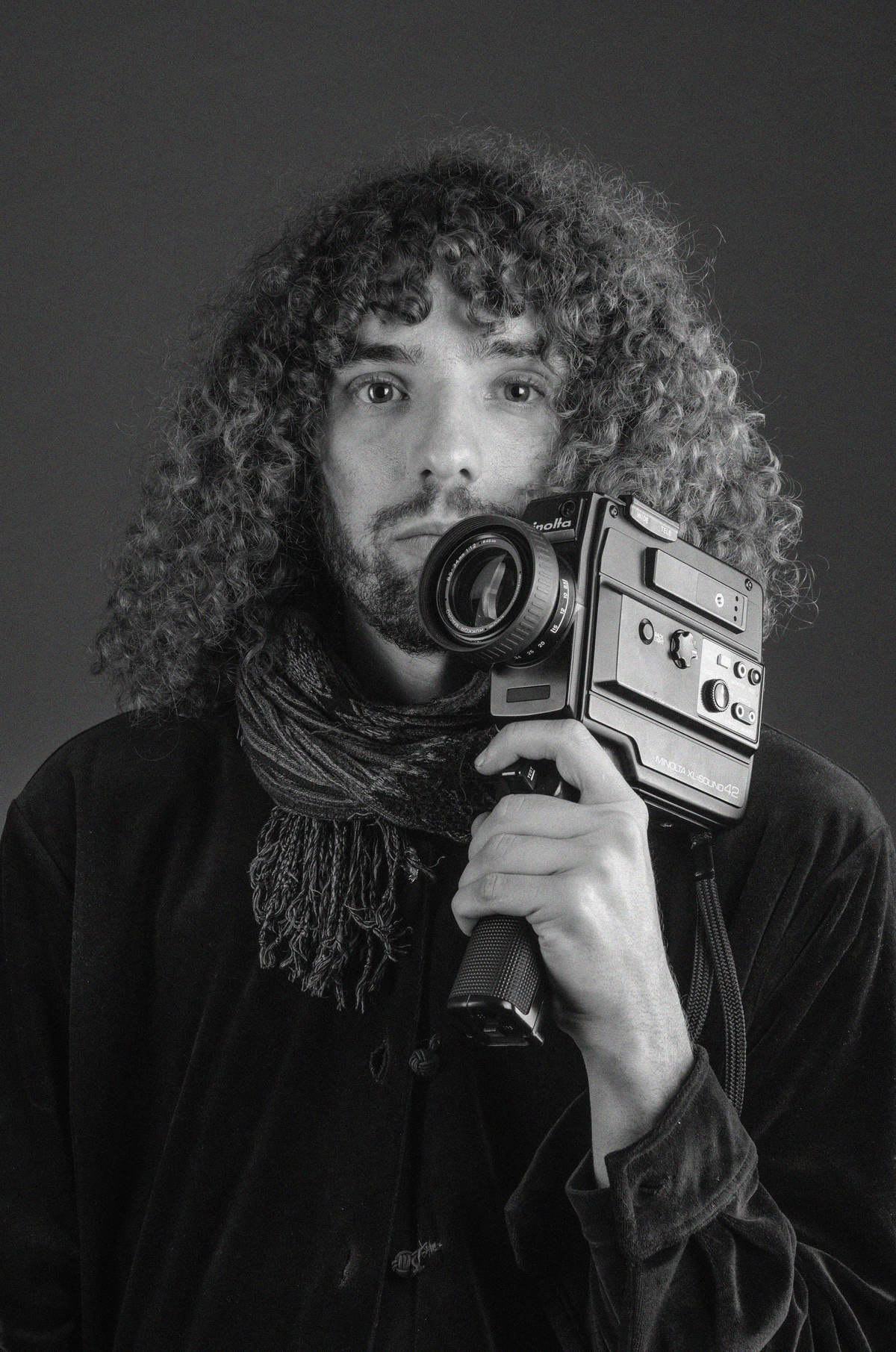 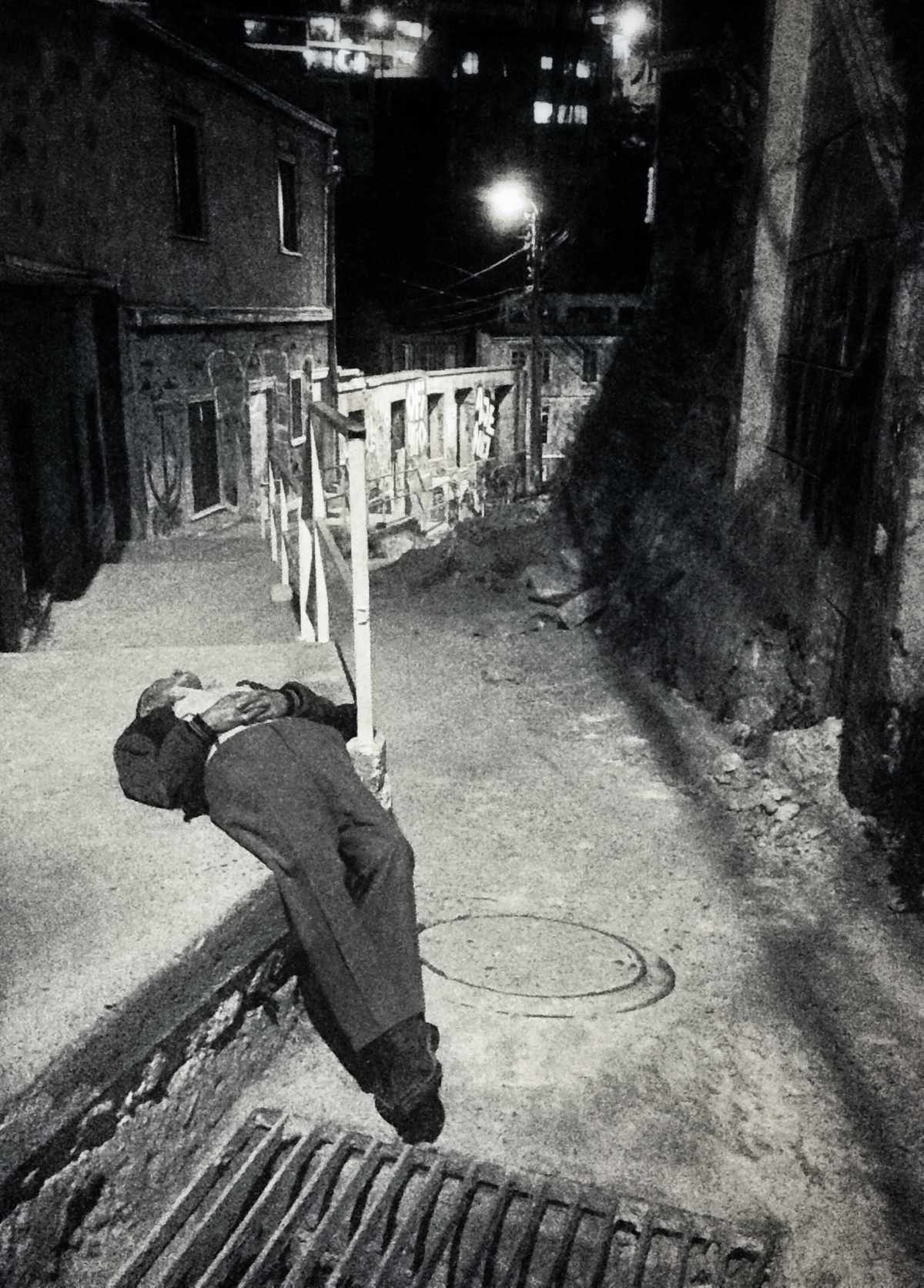