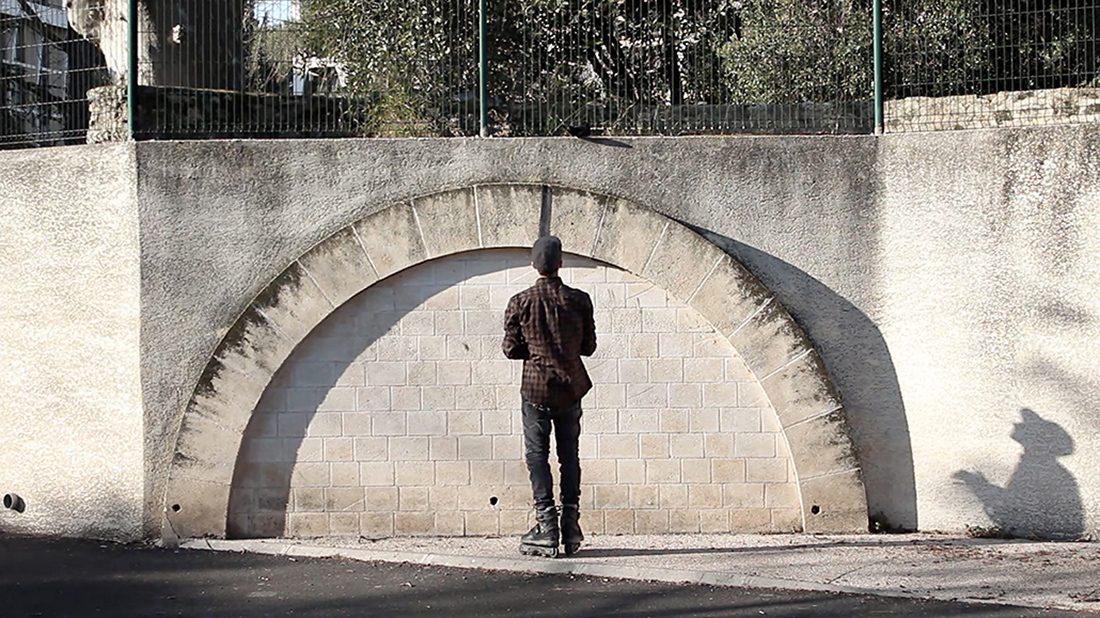 Hadrien Bastouil is a familiar name to those on Be-Mag. As a Montpellier blader better known as a rider for Arcena, Hadrien is an established name in the South of France. For months, we have seen Instagram photos pop up our feed, unknowingly sharing a few from his latest project, Solelh.

To our delight, he agreed to shed some light his video with a photographic voyage through the city which averages 300 days of sunlight a year, lending itself to the project. As the days grow darker in the northern hemisphere, Solelh is a ray of light towards the new year. We present a peak at the fruits of his labor.

The city of Montpellier has a history that links blading to the streets. From the early 90s to this day, there have always been people skating. The first OGs from here were known for their intense activity amongst vandal graffiti artists at the time. In the 2000s the main crew, the GWT and their extended blade family, were shredding hard and putting videos out on a regular basis. For those of us making this video, we wanted to perpetuate this tradition and do something more than just short clips and edits – we wanted to gather our memories in a more meaningful way.

Most of what we filmed was shot in 2019, but the video dates back to 2017. Updating my gear was the catalyst for the start of this video. In that time, we had to find time between me being away, people working and taking care of their families, and a few injuries needing longer recovery time (the crew is mostly in their mid thirties). Oh and hangovers, they sure delay things!  Some of the names to expect include Thomas Riffaud, Hugo Ruckly, Dimitri Dalais, Pierre Doriez, Bob Lemarrant, Charly Gringos, Williams Cerlo, killer Wills, Manu Locus, and Sami Angsthelm.

Montpellier is not a big city, which is good as it is still easy and quick to get around.  On the other hand, it was not easy finding new spots or new ways of skating familiar spots. We also lack session spots and oftentimes, smaller crews were going to specific spots to get what they wanted. After a rough beginning of the year, I decided to make myself more available to finish the project and tried to meet up every time someone was free.

The process took a little longer than expected, like all creative endeavors. In that time, I felt our skating and the way it was captured changed in this time. The one constant I started noticing in most of the clips we got was the sun. It was clearly the main character of our journey. The name of the video was an obvious pick —Solelh.  It translates into sun in the old regional language of Occitan.

Making myself available had a two-fold effect. It allowed me to stack clips and it motivated me to pull together a full section too. Putting together a section become important because at the beginning of 2019, a disk hernia came up to grind on my nerve. Working my way out of this constant pain in order to skate regularly again was nothing certain.  It’s a personal accomplishment that makes this video a significant milestone for me.

The video will be available sometime in early 2020. I hope you will enjoy it as much as we had creating it. Check our Facebook and Instagram pages, which we update regularly.

Thank you to all the homies and the scene in Montpellier along the years. Thank you Al (@alsticking) for the great pictures and Thomas Chambre (@_tc.art) for the logo animation. Thanks to my family, the R2G, always. My home crew and Jey McFly for the motivation and filming (check out his VOD ‘On Funeral’). And thank you Be-Mag for your interest in our adventures!