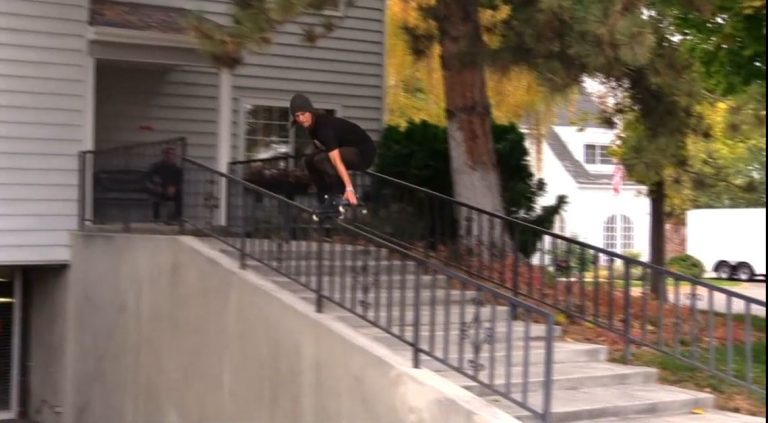 SNAKE RIVER SPECIAL 3 IS FULL OF SMALL SURPRISES – A REVIEW 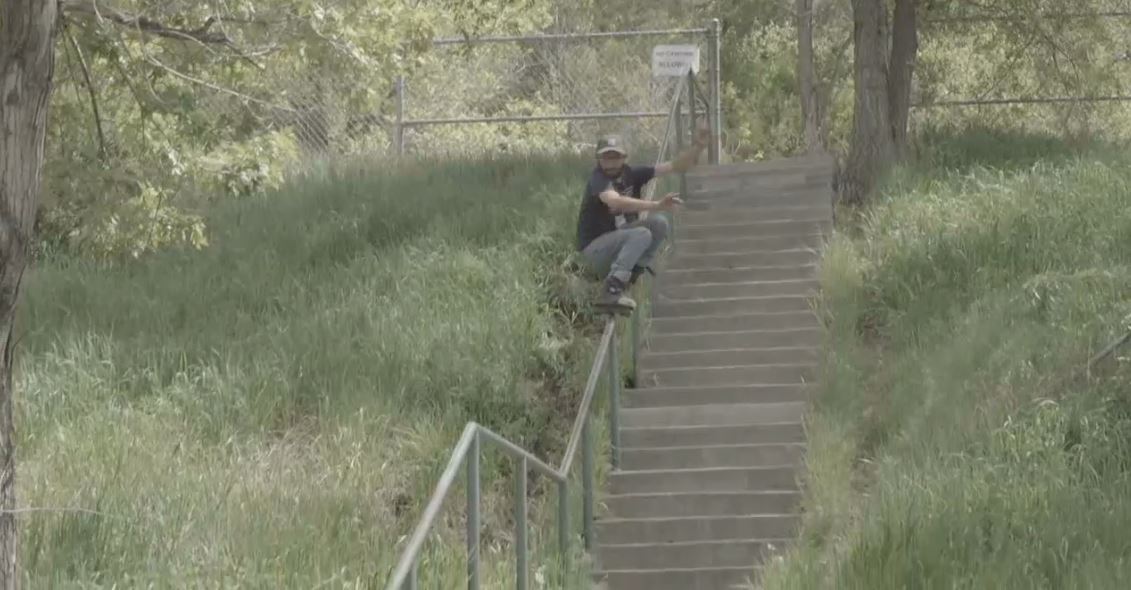 I don’t care about being objective, I always had a thing for Midwestern skating, ever since Hoax II. Now we got that out of the way…
Erik Bill‘s Snake River Special 3 film is like a tutorial on how to make the best with what you got. The american Midwest is neither California or New York, there’s not one fraction of the impressive architecture that the big metropolises on both coasts can boast and the scenery is flat. When you work with impressive city sights and landscapes like the ones in New York, LA, San Francisco, Barcelona or London, it works for your film. When you’re in Idaho, magnificent urban backgrounds are few and you’re left with a stair rail here and there, some roofs and fortunatelly a lot of ledges and other stuff you have to think about if you want to skate it. Shit, even Erik Bailey has to skate curbs there.

What Erik Bill does in the Snake River Special 3 is he really makes the best of what he’s got. And luckily, he’s got the great, talented bladers willing to work with him to squeeze water out of a rock for a good clip in an area scarse of film-worthy spots. And his own camerawork and editing skills, along with great music selection he’s come up for the film. Heavily infused with plaid shirts, beards, folk and Americana music, some even Erik’s own, more so than any other rollerblading film to date, it shows just how good blading goes together with it. 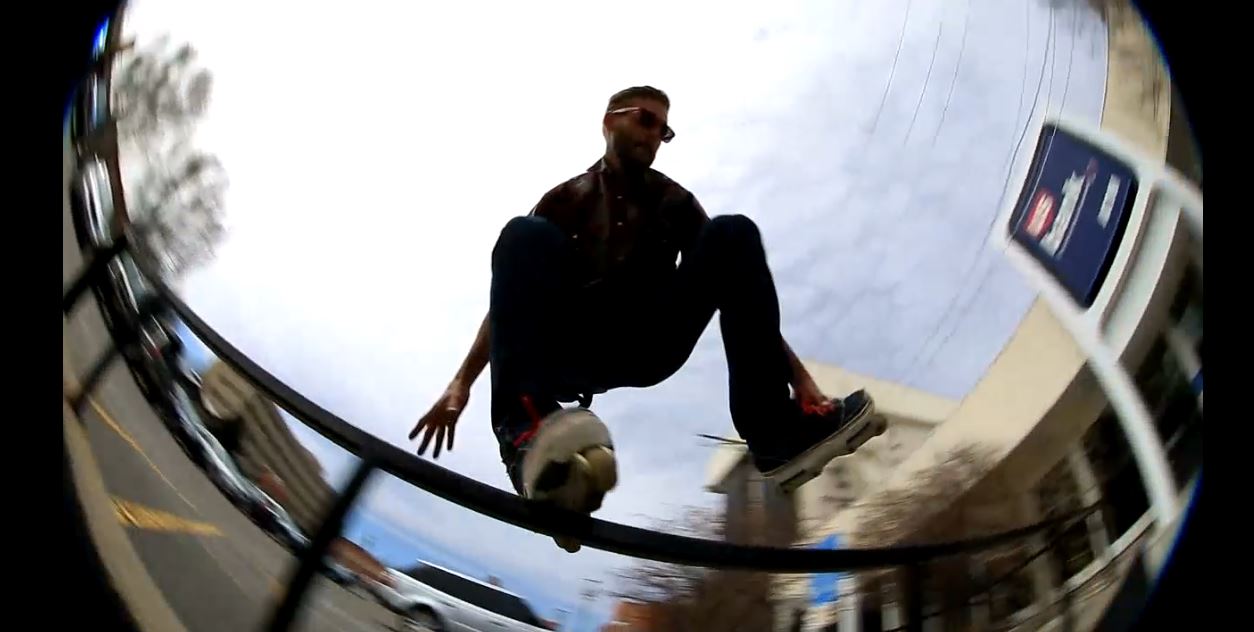 Phillip Davidson’s short section is a manual on how to spin fast and stylish. At the moment, I can’t think of another person with such a perfect 540 mute or parallel grab, correct me if I’m wrong. His skating is just fast and powerful. 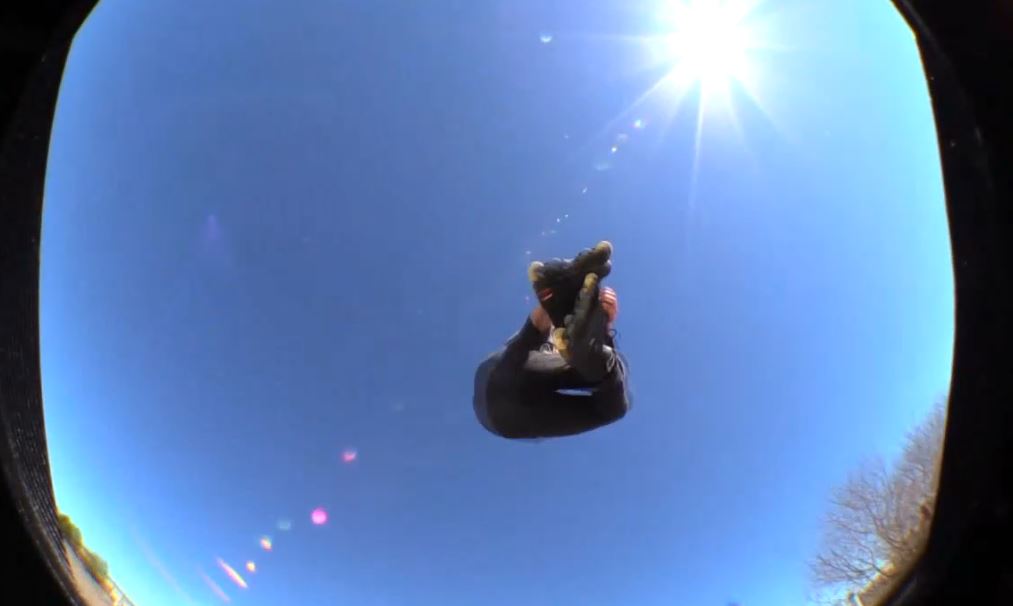 Tad Tregeagle and Chris Napoleon work and look like a perfect match, I can just imagine them playing horse into oblivion, one upping the other til doomsday.

Have you people even heard of Nicholas Swan, the man that got the double bill in Bill’s little work of art? His first section just shows us a glimmer of his talents on the blades, mixing up little knick-knacks with your general book of mandatory street manouvers, be it little hops during lines, when approaching a rail or ledge, or just attacking weird obstacles like Don Quijote charges at windmills. However, he really shines in his second, no grinderblading section, one of my personal favourites. He’s just so smart and creative about it, it’s some of the most imaginative blading I’ve ever seen in this vein, and in it he really does make the best of his surroundings.

The biggest surprise, well question is, how the hell is Geoff Philip so criminally underrated? He has the tricks, the trick body positions that define a unique skater’s silhouette, an imaginative approach to blading and the work ethics he proved through numeorus sections he shot by himself, all the ingredients of a pro blader. How is he still unsigned? His Snake River Special section is just further proof of this injustice.

Where this film comes short in trap music and soul grinds on curbs, it delivers in personality, great blading and imagination. I would love to see Erik blade and film with a completely different cast somewhere in a big city, that would also rock.
Sorry for the shitty screenshots – The Management. 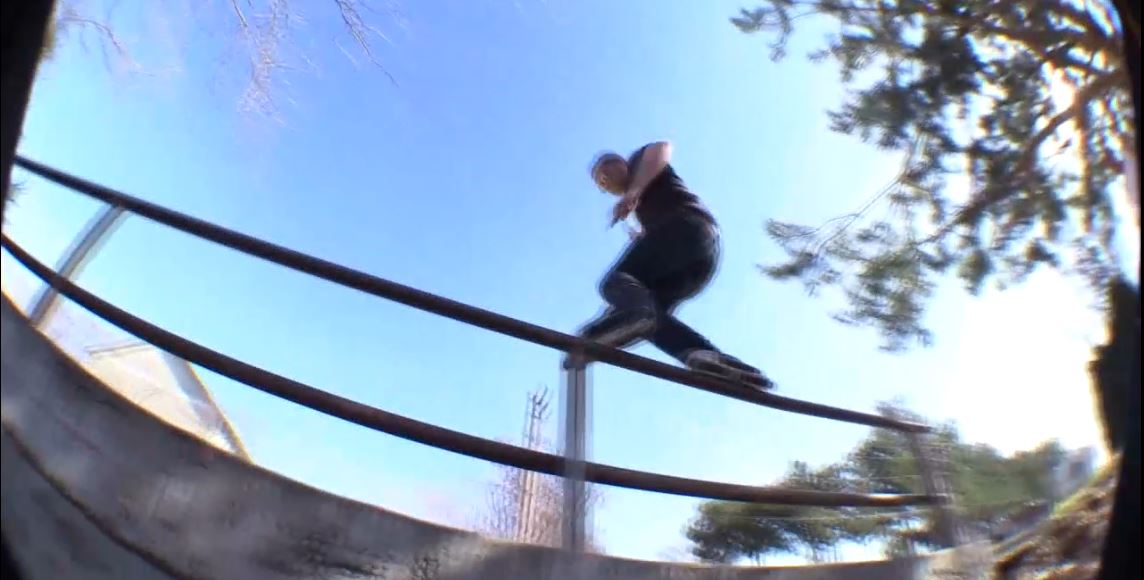 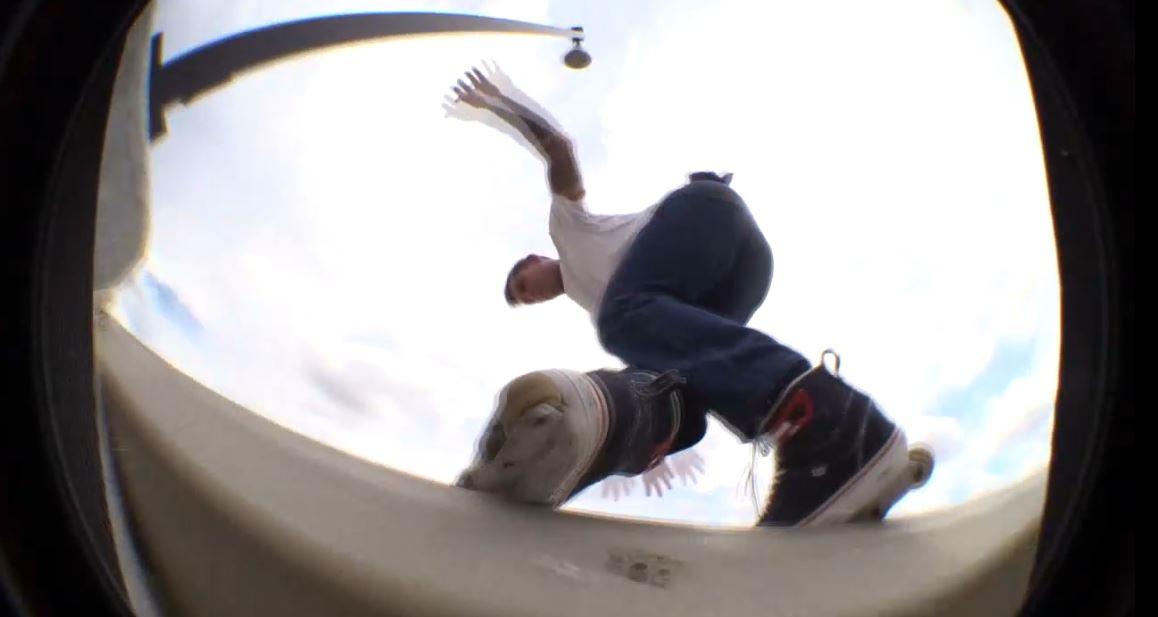 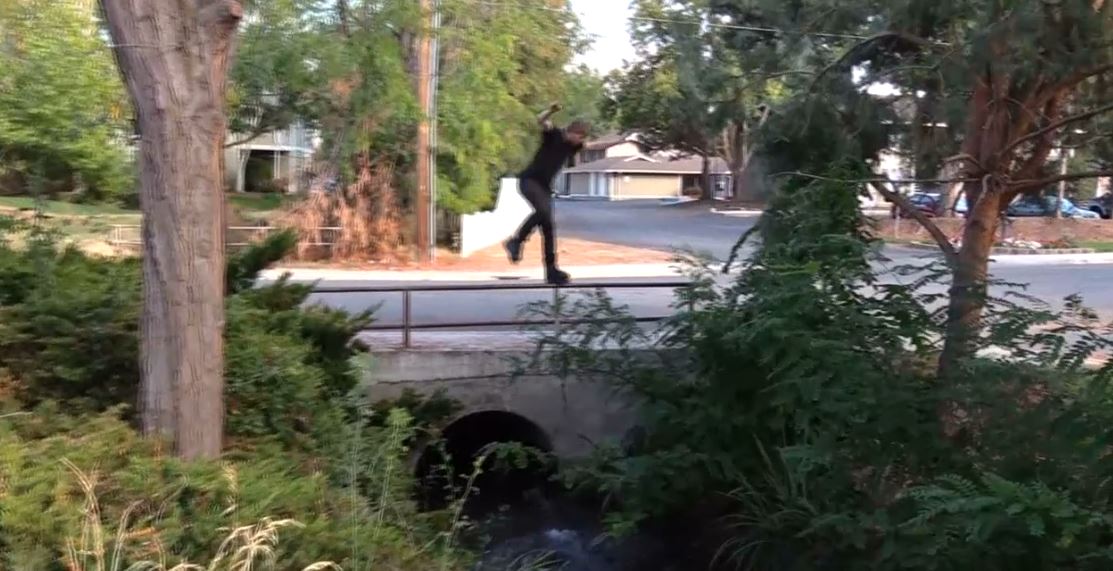 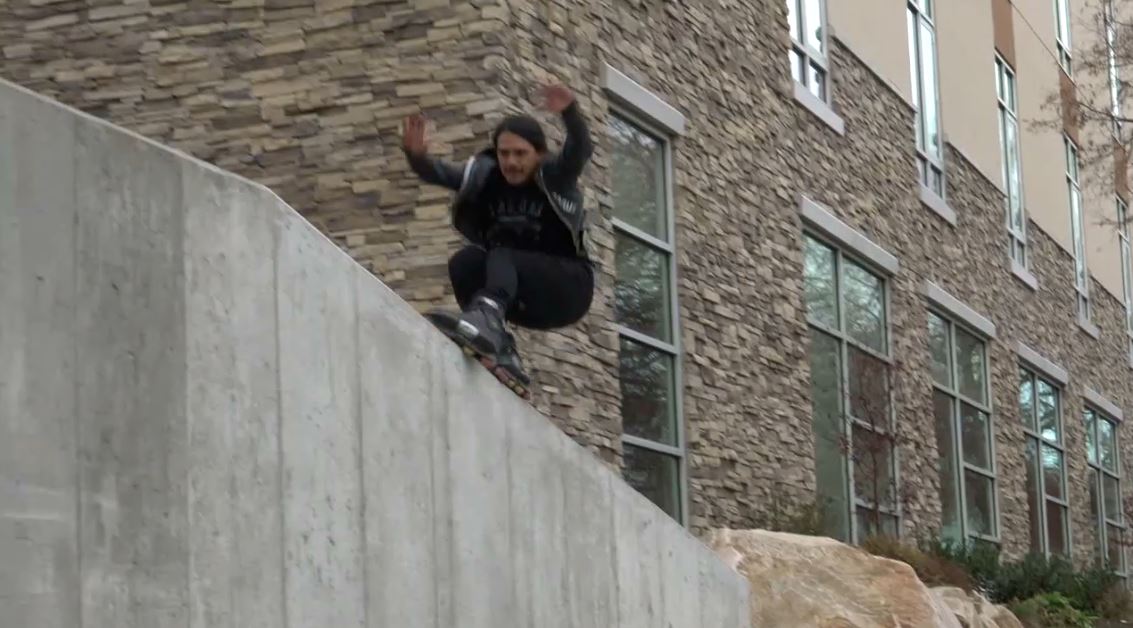 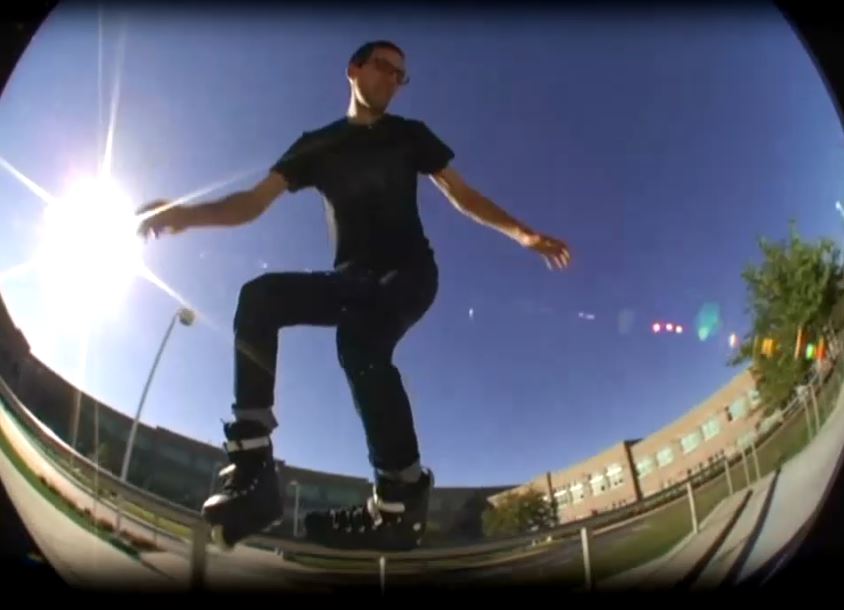 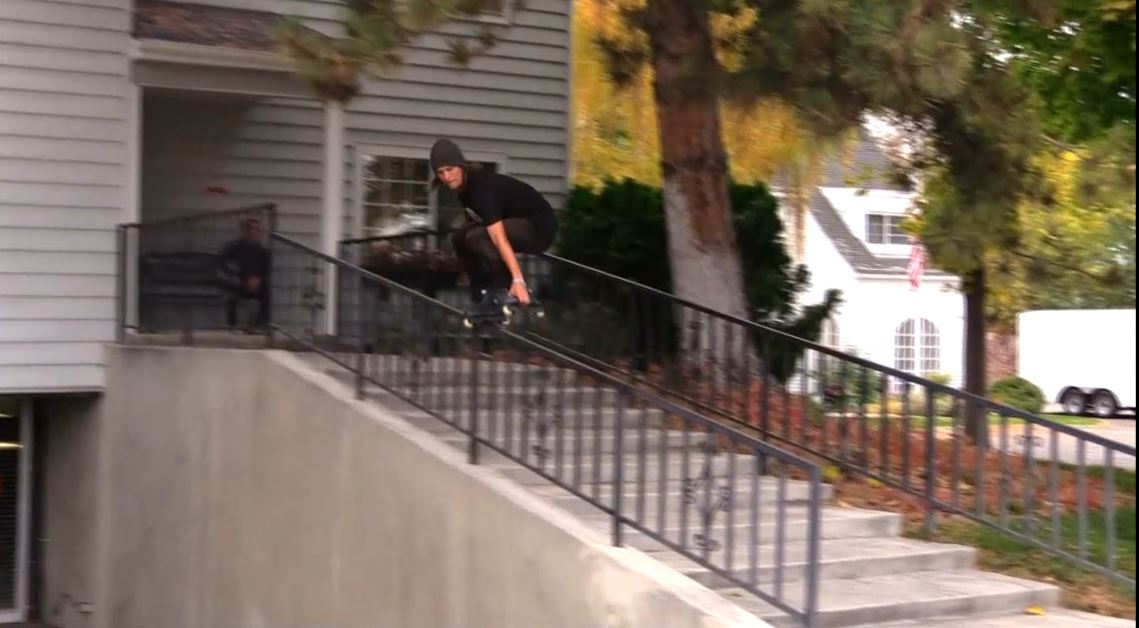