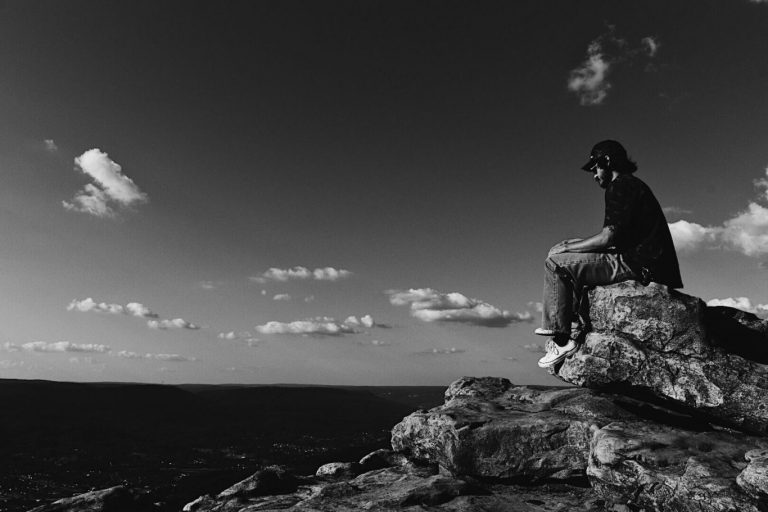 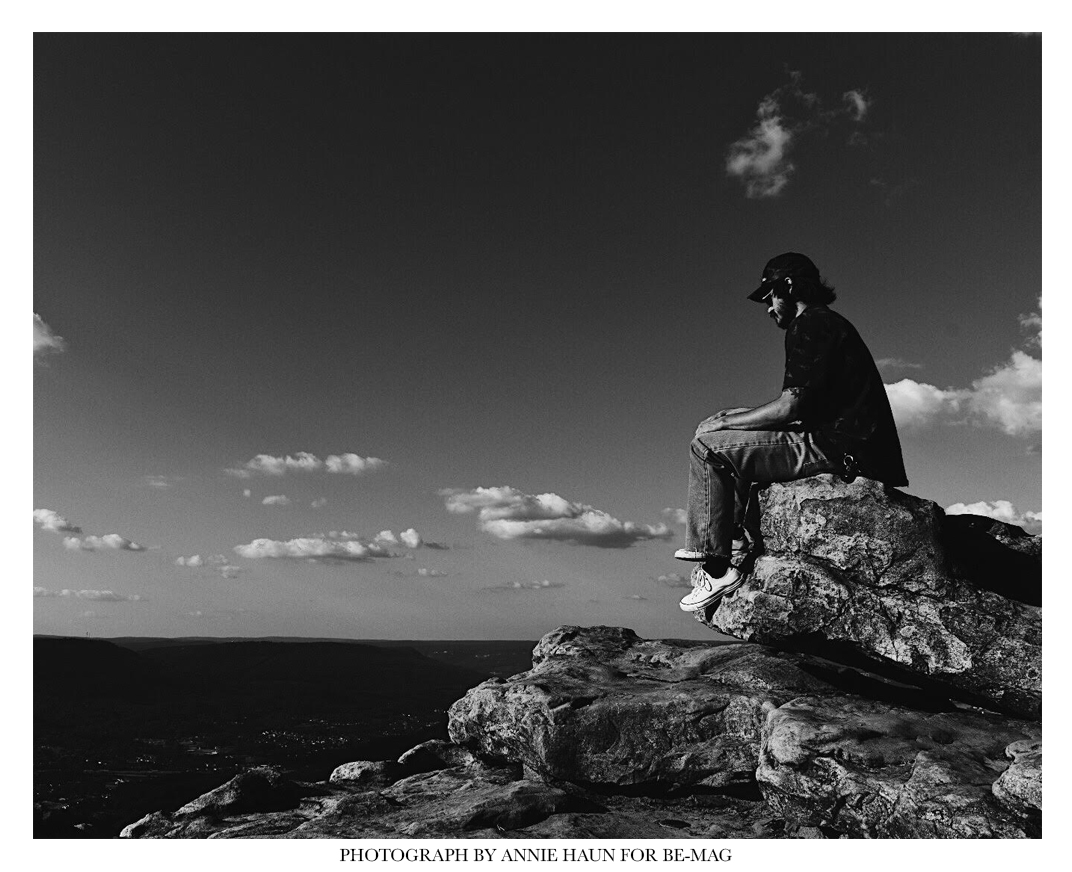 I’ve been friends with Taylor Popham for almost 10 years. Most rollerbladers know about my relationship with James Short and our crew the Jolly Jolly Heartbreakers. James originally started the JJHB crew with Joey Scala of Nashville, TN. Taylor was a good friend of Joey’s and this connection led to me immediately becoming a fan of Taylor’s spectacular and controlled style. Taylor and I immediately became fast friends due to our dry sarcasm, similar musical interests, and affinity for shoes/streetwear. I soon started spending weeks on end in Nashville staying with Taylor and filming for the JJHB video. Throughout the past decade Taylor’s skating has stayed incredibly stylish but has evolved by picking parts and pieces of modern blading trends and making them completely his own. The past few years of him skating with Thee Worst crew, posting one of a kind tricks to Instagram with Ray Kronenberg, being picked up by Razors, and his latest section in Mike Buckalew‘s 8 DOWN have shown rollerblading what James and I knew about Taylor since day one: the guy has that something special that so few people ever have. 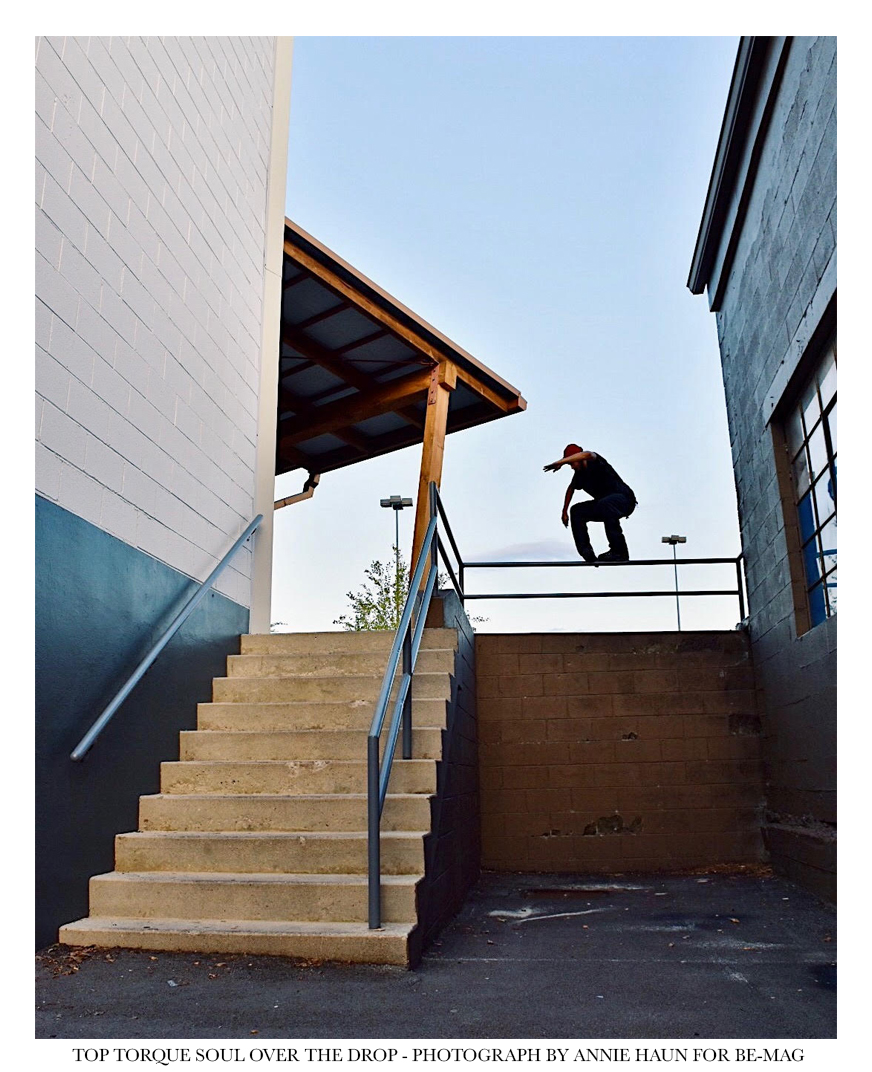 You lived in Nashville, Tennessee for most of your life. You came up in a time when rollerblading in the south was arguably at it’s peak (Asphalt Beach, Superhick, Dunkle, Rejects, Radius Media, etc). How did you get into rollerblading and what was it like growing up in that scene?

I am actually from Columbus, Ohio, and that is where I learned how to rollerblade around 1997 on some ramps in my driveway. I didn’t get my first pair of aggressive skates (Rollerblade Swindlers) until 1999 when I lived in Chicago and I went to my first ever skate-park there. I got into skating from watching old ASAs and the X-Games and watching dudes like Matt Salerno and Aaron Feinberg on TV.

Oh man, when I moved to Nashville around 2000/2001 every Saturday my mom would drop me off at Asphalt Beach Skate Shop. There were a lot more people that skated back then so it was always poppin off. My mom would drop me off at like noon and we would skate all over the city until 8-9 with like 15 to 20 people at a time. Asphalt Beach was definitely the main component to the entire Nashville Scene. Wes Driver lived in Nashville at the time so we actually got the first ever copy of Rejects at Asphalt Beach. 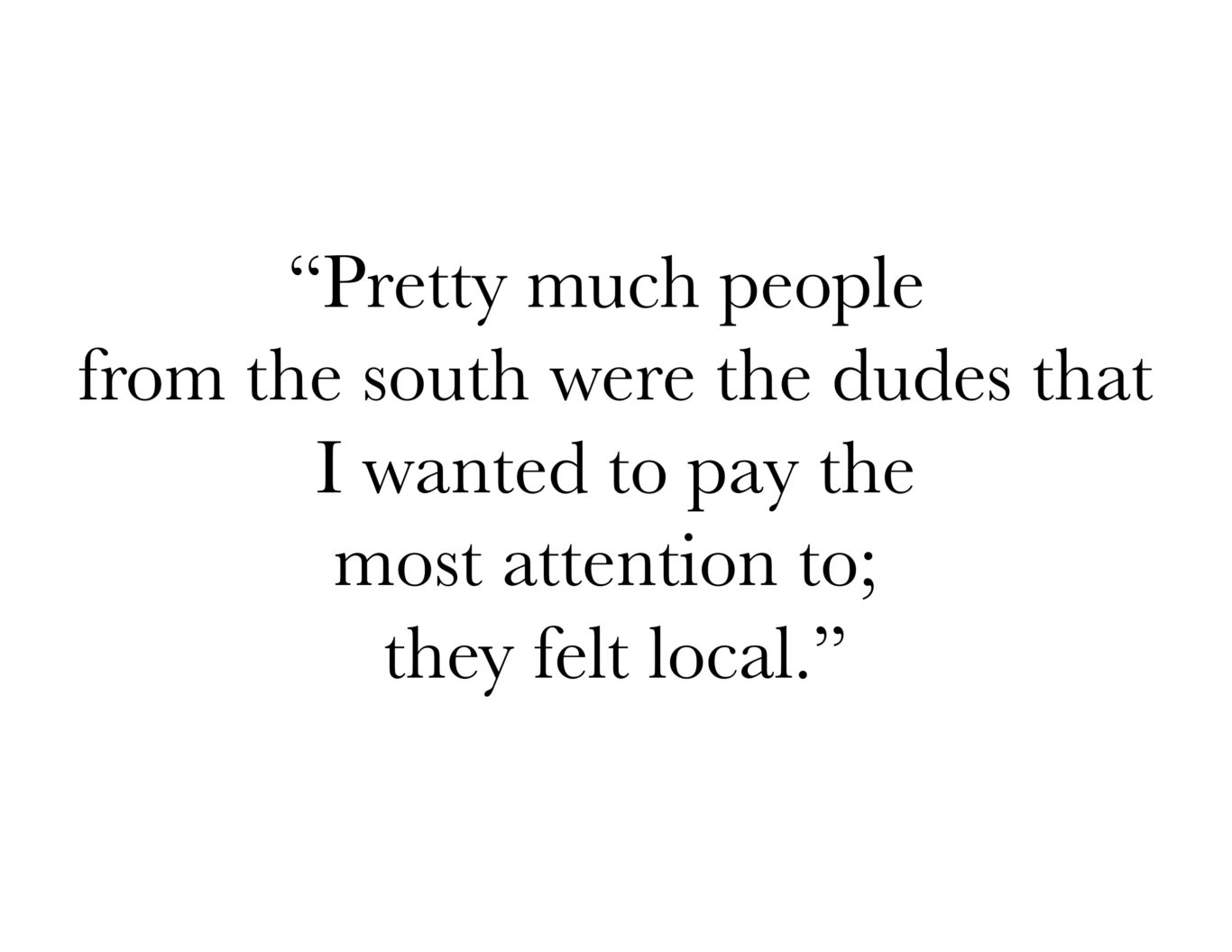 Who were some of your favorite bladers growing up?

Growing up would have to be Louie Zamora, Josh Petty, Shima, Brandon Campbell, DEFINITELY Jon Elliott, Dominic Sagona, Dunkle, Walt Austin, Santiago Azpurua, Abdiel Colberg, both of the Kelso Brothers (who are still probably my favorite skaters)… I know everyone says this, but there are too many to name.

I guess I related the most to people like Dunkle and Walt Austin because they were from the South and I got to see them skate in person a few times when I was a little kid (like during demos and contests). Pretty much people from the south were the dudes that I wanted to pay the most attention to; they felt local. 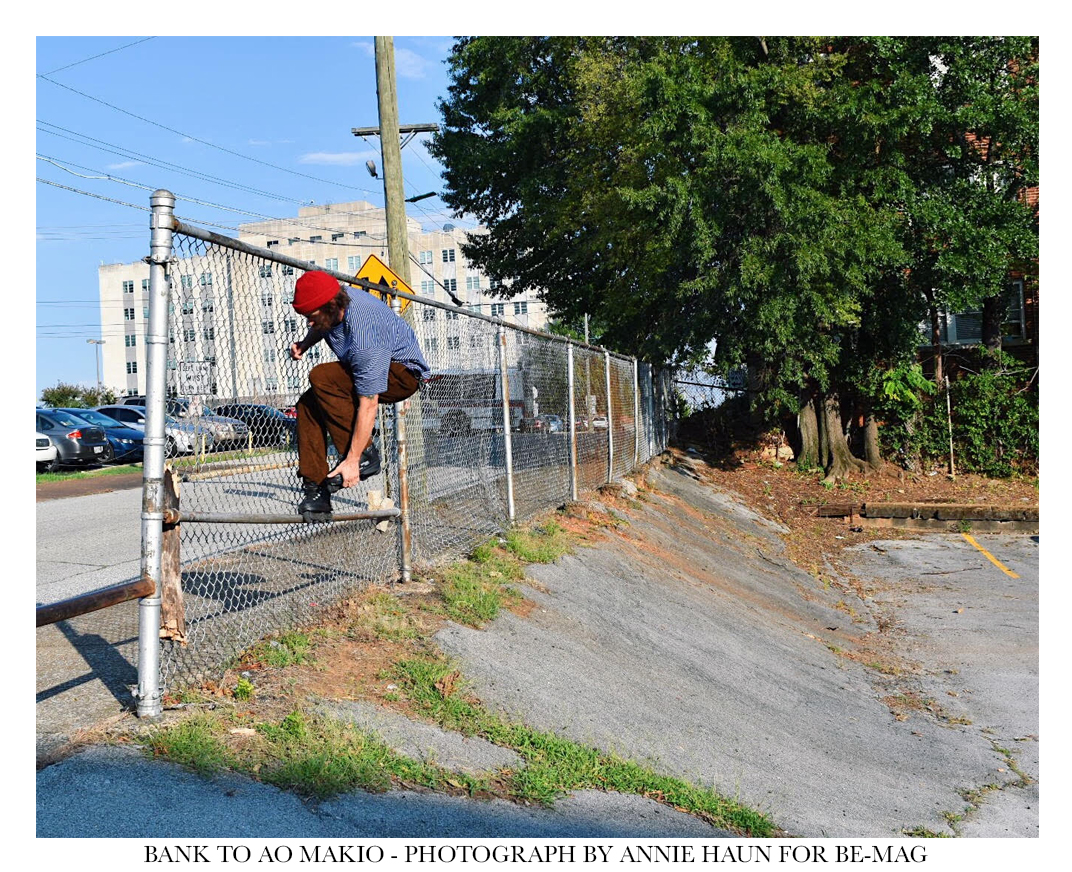 When and why did you move to Chattanooga? Ray Kronenberg is originally from there but was it hard leaving a dedicated scene and one of blading’s only shops to go to a smaller city with fewer bladers?
Well I first moved to Chattanooga in 2015 because I wanted to try living somewhere different. Ray had a spare room in his house and I always had a great time visiting. Chattanooga is only an hour and 45 minutes away from Nashville so we used to come down before I lived there all the time to visit. Since it is so close, I can always go back to skate the Nashville boys on the weekend and vice versa.

I moved back to Chattanooga in mid 2017 and the Nashville scene is the strongest I’ve seen in a long time, so it was hard to leave. We skated in Nashville at least 3 times a week and there’d be 6-13 people out with us. I like Chattanooga as a city more than Nashville because it is a lot more chill and low key. I didn’t move down here just for skating; I am very into hiking and doing things outdoors, which Chattanooga is well known for. There is really no way to do that sort of thing in Nashville.

What have you been up to in Chattanooga besides skating? You, Ray, and his girlfriend Annie are a tight knit crew.

Well I already said that I like to hike and go to waterfalls etc., and while the skating is a lot better in Nashville, we do a lot more as a “friend group” down here, haha. Chattanooga is a smaller town and everyone knows each other. We go over to people’s houses and shows with a big friend group all the time. There is always something fun going on.

How did 8 Down come about? The Nashville and Birmingham scenes have always had a close connection so you’ve known Mike Buckalew for quite some time. Outside of the Atlanta scene, it felt like the guys who have the 4 main parts in 8 Down (You, Ray, Phil, Matty) are what is left of southern rollerbladers on the come up.

I was living in Chattanooga with Ray and we had been filming on his VX1000 but weren’t set on what to do with the footage we were stacking. Then Ray’s computer crashed and we couldn’t do anything with the footage. I found out that Mike was working with Philip and Matty so we decided to all collaborate.

We started filming in September of 2015 in Tennessee and I got my very last clip for 8down November of 2016 in LA. It was a reaaallly long process, but I am stoked that it is finally here and that everybody gets to check out the fruits of our labor haha!

And yeah, the four of us plus Buckalew became a really tight crew filming for this video and I think we are all trying to keep the Southern blading tradition alive. 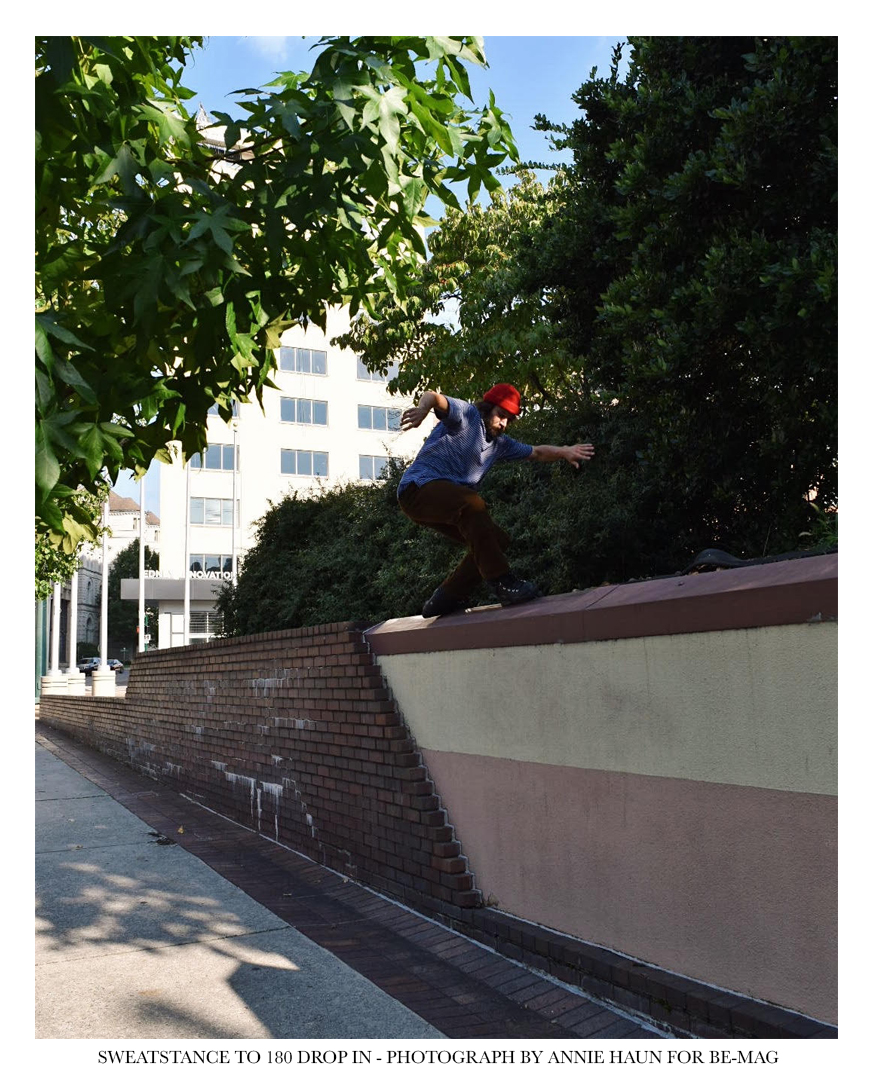 Were you living in Chattanooga when Mike Buckalew and Ray moved to LA? How did that change the filming/skating process for you?

So, Mike and Ray moved to LA around the same time and I was still down here in Chattanooga by myself. I was hardly even skating, let alone filming and I didn’t get my next clip for it for another 6 months after they left. So that completely changed the filming process of 8down. A few months later I moved back to Nashville and got to skating and filming with the Nashville crew for Zach Leavell’s new video, Altered. Then, I flew out to LA to visit everyone and finished filming for 8down. I had a great time catching up with the homies in LA, but I’m not going to lie though, I was pretty salty when they left the South.

How do you feel about the current state of blading? The community, the industry, rise of Instagram clips, less people on blades and less videos being made. You’ve always been an opinionated dude who I’ve been a fan of so I’d love to get your take on all things.

I knew this question was coming, haha.

Personally, I don’t buy any VODs unless it is something that I KNOW I am going to enjoy. I pretty much only pay attention to my homies when it comes to full videos unless it’s like Bacemint or something where I already know I’ll like it.

After working so hard on 8down, I have been really enjoying just filming fun stuff on my phone and trying not to take it too seriously. I know a lot of people really like making full videos still and taking their time (like the recent Dead DVD, which is sick by the way), but I personally would rather just go skate something fun and chill with my homies and put it on Instagram, if I feel like it. It is a lot more laid back environment that way and more fun in the end, for me personally.

As far as the community and the industry go, I try not to pay attention to any of that. I don’t care who is getting paid and who is not or who is riding for who. I just want to pay attention to what my homies are doing and have a good time and that’s all I really care about. 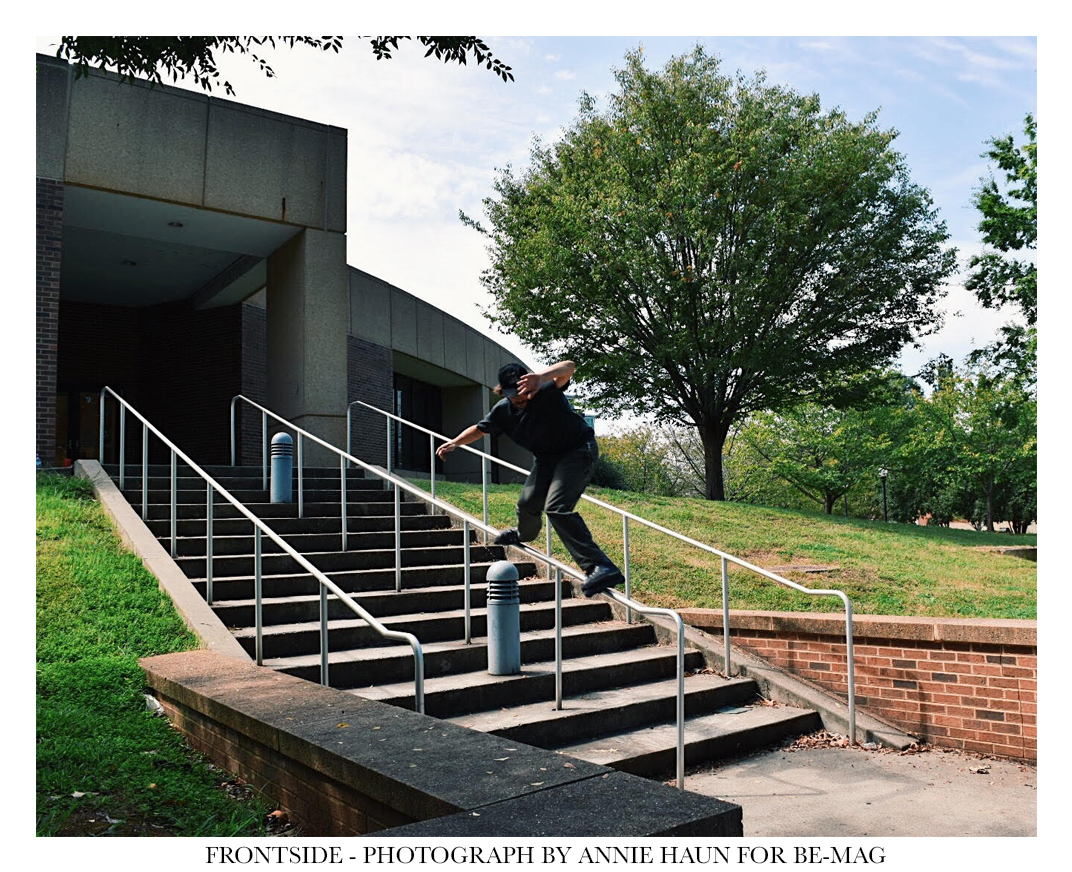 What you would like to see more of in blading in the future?

As much as I love watching people really drop it off and get gnarly, recently I have been more into the more laid back, funny type stuff that I know I would have the most fun doing (like Watchdagame, Gold in the Crib, pretty much anything the Canadians are doing).

I don’t want to offend anyone because I enjoy many different genres of skating, whether it is watching Matty Schrock full cab every trick onto a gnarly downrail or literally anything Danny Beer is doing, it’s just what I am into recently.

What can we be seeing from you in the future? Any new parts or trips planned?

Well as of right now I am just having a good time chilling and filming stuff on my phone for my personal account and my @Ripsfromdacrypt account. I have done some filming for the new Dem Tennessee Boys video, Altered, but I don’t see any full parts in my future. I am kind of over that right now, haha.

Any shout outs or thank you’s to close this out?

Definitely shout out to all of DTB (Dem Tennessee Boys), Razors and Ground Control for keeping me on skates, Mike Buckalew and the 8down Squad, Ray Kronenberg for always being the homie and being down to skate or film me whenever, Annie Haun for taking all the photos for this and also pretty much typing this whole interview for me, haha, and thanks a ton to Be-Mag for giving me the time of day. 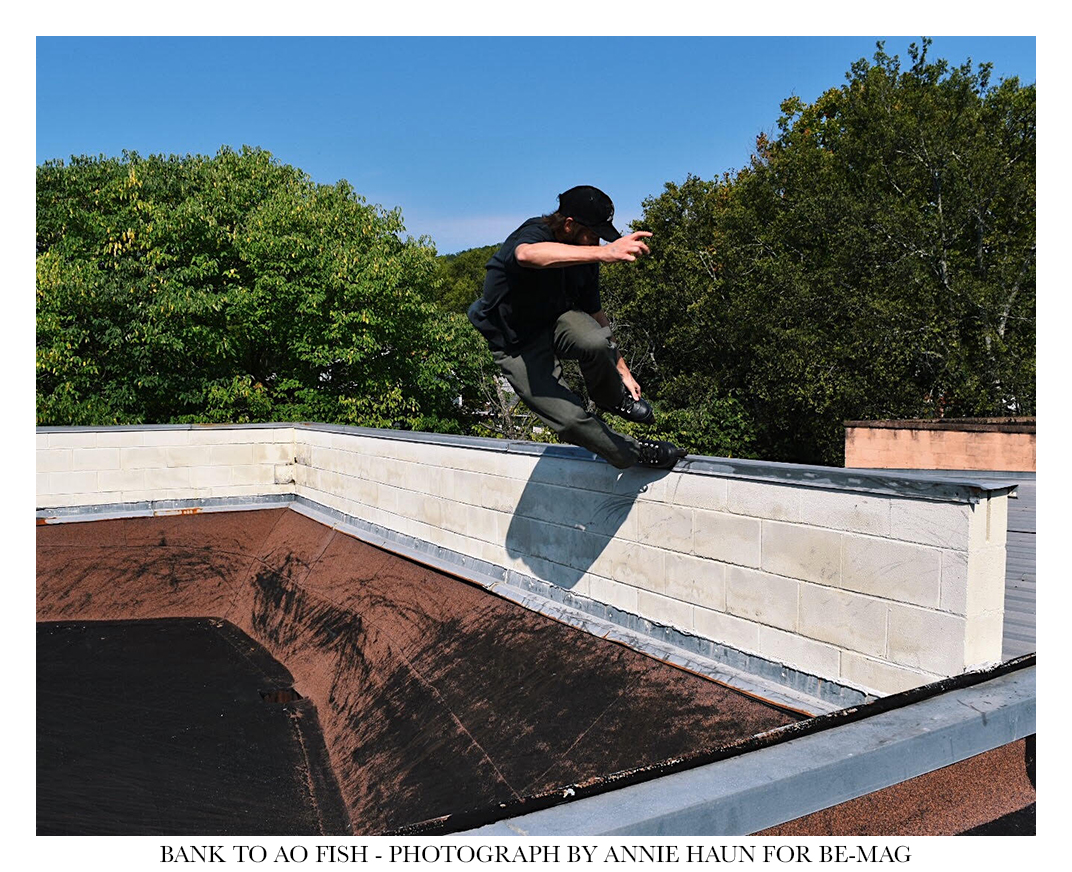