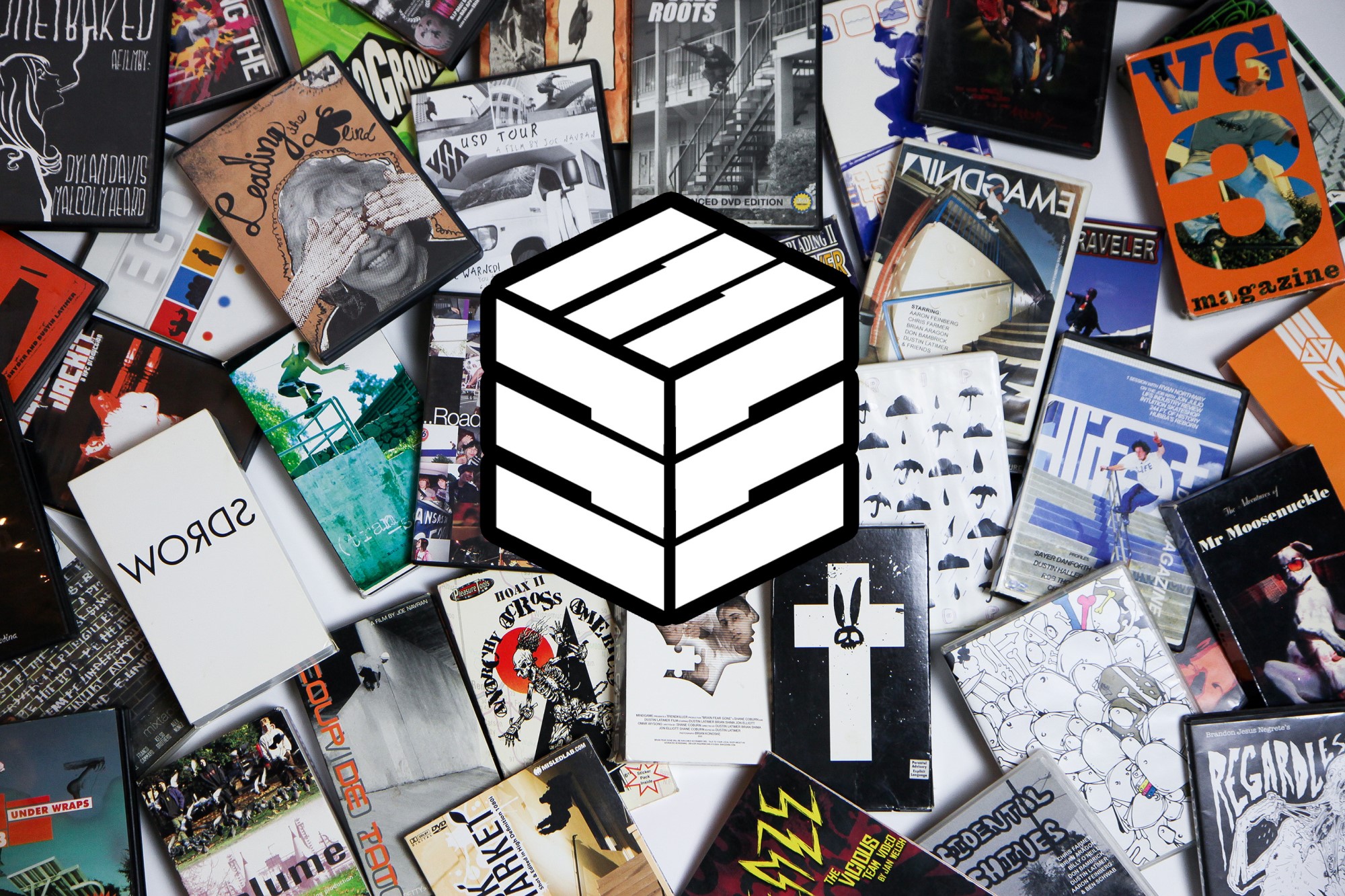 So many valuable lessons can be learned from watching skate videos. It goes beyond the thrilling highlight reel of monumental tricks and really shows the unbreakable will of the human mind at work. There is something magical in the filming process that often shows skaters at the tip of their breaking points. Showing the pain, anguish and frustration of being just inches away from victory, only to have the slightest miscalculation prevent them from achieving their goal is heart breaking. But when you show that individual rise up, dust themselves off, and charge head first into battle and come away victorious, you are showing one of the greatest attributes of the human character, perseverance.

The landscape of inline skating would not be what it is today had it not been for the countless number of videos that have made their way around the world and left skaters inspired from the tricks displayed. Our sport’s progression owes everything to those videographers that may have had no other intention than to document their friend’s trick to reflect on at a later time. Some of those moments may end up being some of the most fond memories of those skater’s lives. A moment in time when they threw caution to the wind, when they pushed past their personal boundaries, conquered their fears and manifested their dreams into reality.

Now in the three decades of inline skating history there have been numerous videos that have set the bar as far as style, amplitude and impact so to try and label a single video as “The Best” is incredibly subjective and maybe slightly inaccurate. Whereas a title like “Most Popular Video” might be more accurate, it doesn’t have the prestige that carries with it the way that “Best Blading Video” ever does.

So here is where you, our incredible readers, come into the equation. We want to know what your personal favorite video is. What is the video that most impacted you, your skating and your life? So fill in the space below on our survey to caste your vote and we will be announcing the top 10 videos that you voted for in two weeks time!

Now to dig deeper into what makes an impactful skate video, we have also picked the brain of some of blading’s most prolific videographers, skaters and media members to get their personal opinions on what video or videos shaped their lives and helped guide their own work within blading. Here is part one of our series featuring the opinions of Jonas Hansson, Mike Torres, Cavin Brinkmann and Sean Grossman.

“It would be difficult to pick an all time favourite skate video, so for honourable mention sake I’m gonna ad a few titles as well. VG4 and Noir have really struck a chord with me along side other videos, new and old which will have to go unmentioned here.

Ever since watching Brain Fear Gone for the first time close to 20 years ago, this will have to be the one dearest to my heart. Besides the mind blowing blading, which was so ahead of its time and still is some of the most impressive we’ve seen in our sport to this day. This was the first video that opened my young impressionable mind to how much artistry and concept one can bring to a skate video.

Very unapologetically and truly absent of fear in its will to be great. It showed me not to be afraid of striving for more than the clearly visible.  This might sound a bit lofty for some, but so is the first Mindgame video.

A strong presence of each highly talented individual on the team paired with an awesome visual direction and a great soundtrack all which still inspires me in my own work two decades later. “

“When I was growing up I was always inspired by videos that were on the extreme ends of the spectrum, either super polished videos like Transcend, or super raw videos like Making Dreams Reality.

Then Volume came out and everything changed. It was dark, stylized, and significant, but at the same time it was quirky, unrefined, and even a bit self-deprecating. The use of the Duke Ellington track to set the tone at the start of a video was a move that has been tattooed on my brain ever since. The LOUD skate audio that drove Petty’s section more than the music was the first time I remember noticing that in any skate video.

The three track, somewhat disjointed Latimer part was another standout for me. The cut to the slow motion dutch angle shot of the security guard shaking his head in disapproval after DL lands the wallride in the parking garage, a moment that showed me how effective visual storytelling can be in your videos. All of these editing decisions made twenty years ago have stuck with me over the years and have influenced my own videos time and time again. It was only recently that I learned that Jon Julio directed and basically edited the entire video. Makes perfect sense now.”

I’ve been asked to list my favorite skate video of all times. How can this be answered with so much that has been made, and also as a cameraman myself? Let’s see what I can do with a top 3 (still impossible)…

For me one of my favorite old school movies. The soundtrack is still some of my favorite bands to listen to, such as “Face to Face” and “The Pharcyde” etc… The movie is kind of like split profiles and filmed real well for that time. I think it’s the first video DAP worked on and he became my mentor to what I am doing still to this day. Fast forward to a decade later.

Negrete always had a different and raw style that feels familiar to me. Of all his movies he made, RTN is my to-go-to. The music (Sonic Youth, New Order, Misfits) are all right up my alley. The profiles showed some new fresh talent and some more know skaters. The vibe of this video had a great friendly group vibe over it and I still feel that watching it now. Its hard to think about what came out last few years because I dont have physical copies of DVDs that I can hold in my hand so you tend to forget a lot of what came out.

Marc Moreno made some insane VODs. His filming and editing are on point but then it go me thinking about the Haitian guys and “The Lost Tapes” popped up and that was just the best video I had seen in years. Raw skating, filmed on the VX (i hate VX footage now a days but they got away with it) and a KILLER line up. Ask me this in a month and it might be totally different, but narrowing it down is super hard. Honorable mention for best VOD made so far: Leon Humpries and Jon Lee’s DEVOTION!

Favorite video #1: Denial: Underestimated
One of my favorite videos ever. Had profiles from almost every East Coast legend at the time. Everyone in this went so hard, but Farmer and Cheshire really stood out. Farmer 450 back roying a triple kink, 360 souling the deadly Stuyvesant kink rail. Cheshire destroying everything with the smoothest style in the 02’ TRS details. Just so many amazing tricks were laced on spots somewhat close to home. It made me think more about making your tricks look good, rather than just hucking things/ not caring what they looked like.

This was the first rollerblading video I saw when I was 10 years old. I was still a skateboarder at the time, but had some Rollerblade recreational skates in my garage that I used for street hockey. One day I searched on Kazaa for rollerblading videos and Coup De Tat popped up. I then waited two days for the video to finish downloading. I remember thinking how badass Shima’s part was, with the Smashing Pumpkins tune. Josh Petty destroyed it too. I was hyped, and hung up the skateboard a few days later.

Probably my favorite rollerblading video of all time. The soundtrack is incredible, filming and colors were so beautiful (actually made me buy a Sony VX2100), the tricks were unbelievable (prob my fav Farmer section of all time) and it just solidified that people in tight pants can still rip it, harder than the skaters still trapped in 2001. It felt like a movie about friends doing what they love. It wasn’t just a trick, trick, fall video. This changed everything for me (I know it’s such a cliché answer about The Meantime, but it did).