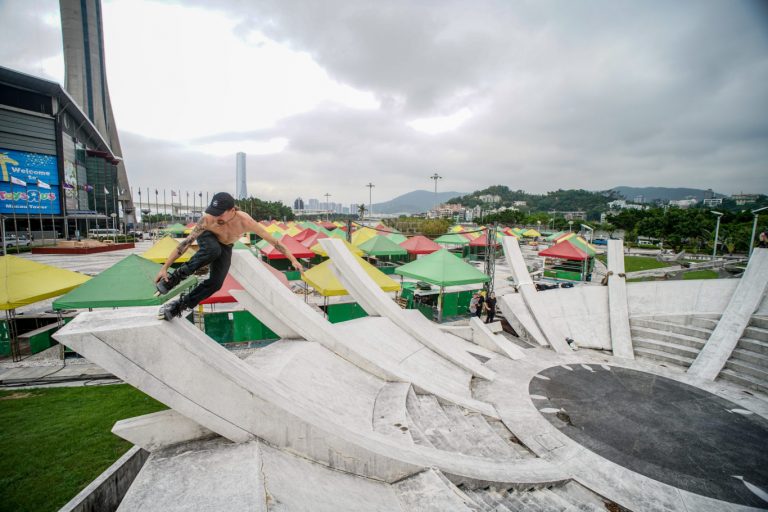 A JOURNEY TO THE OTHER SIDE OF THE GLOBE 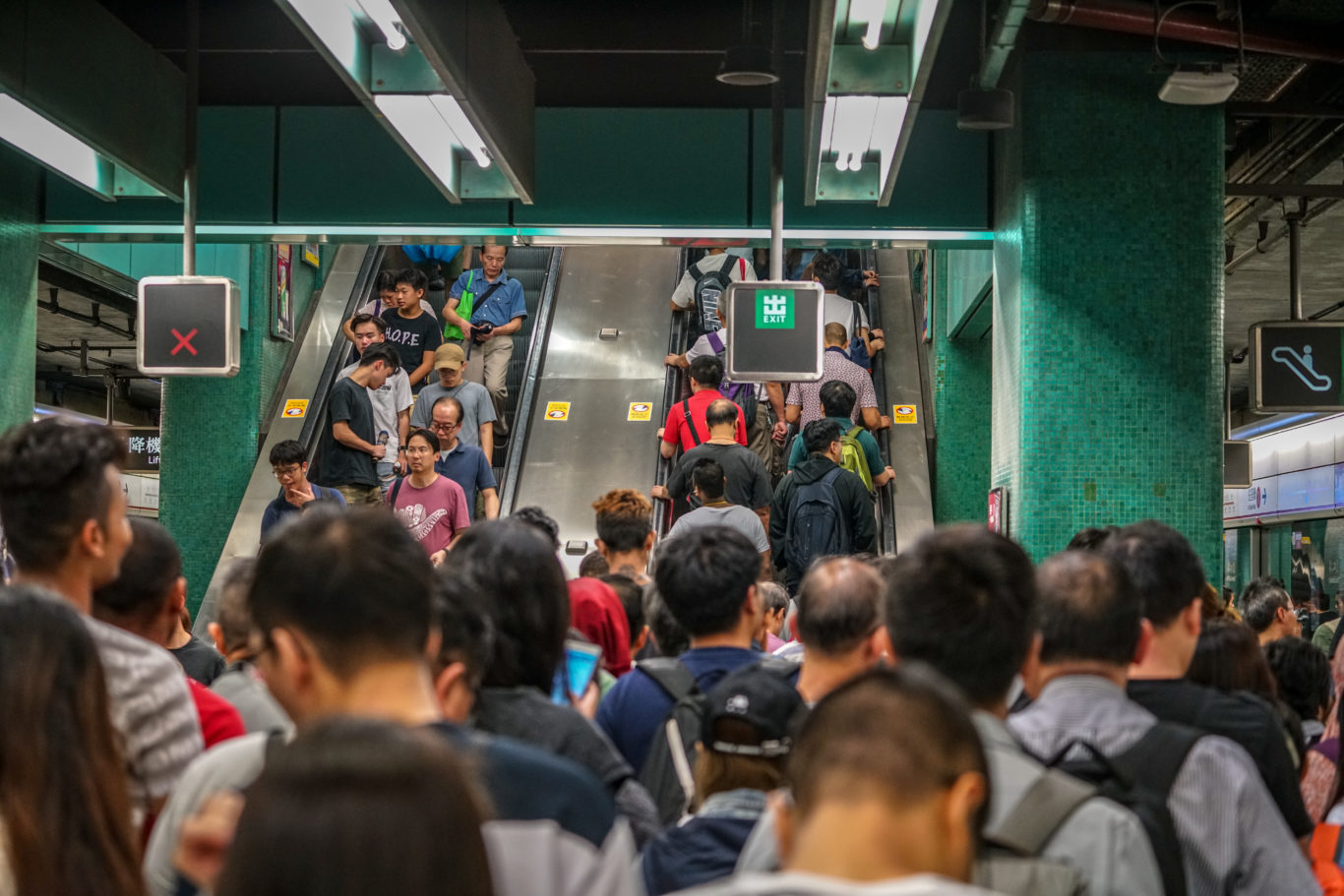 What started off as a crazy idea between two friends turned into an epic reality. When Jon Fromm and myself started talking about making one (hopefully more) of our week long gorilla missions into a full scale tour, we had no idea of what to expect. Our goal was to assemble a group of guys that not only love to skate and travel, but were also willing and able to self fund a trip to a new place with no expectations. 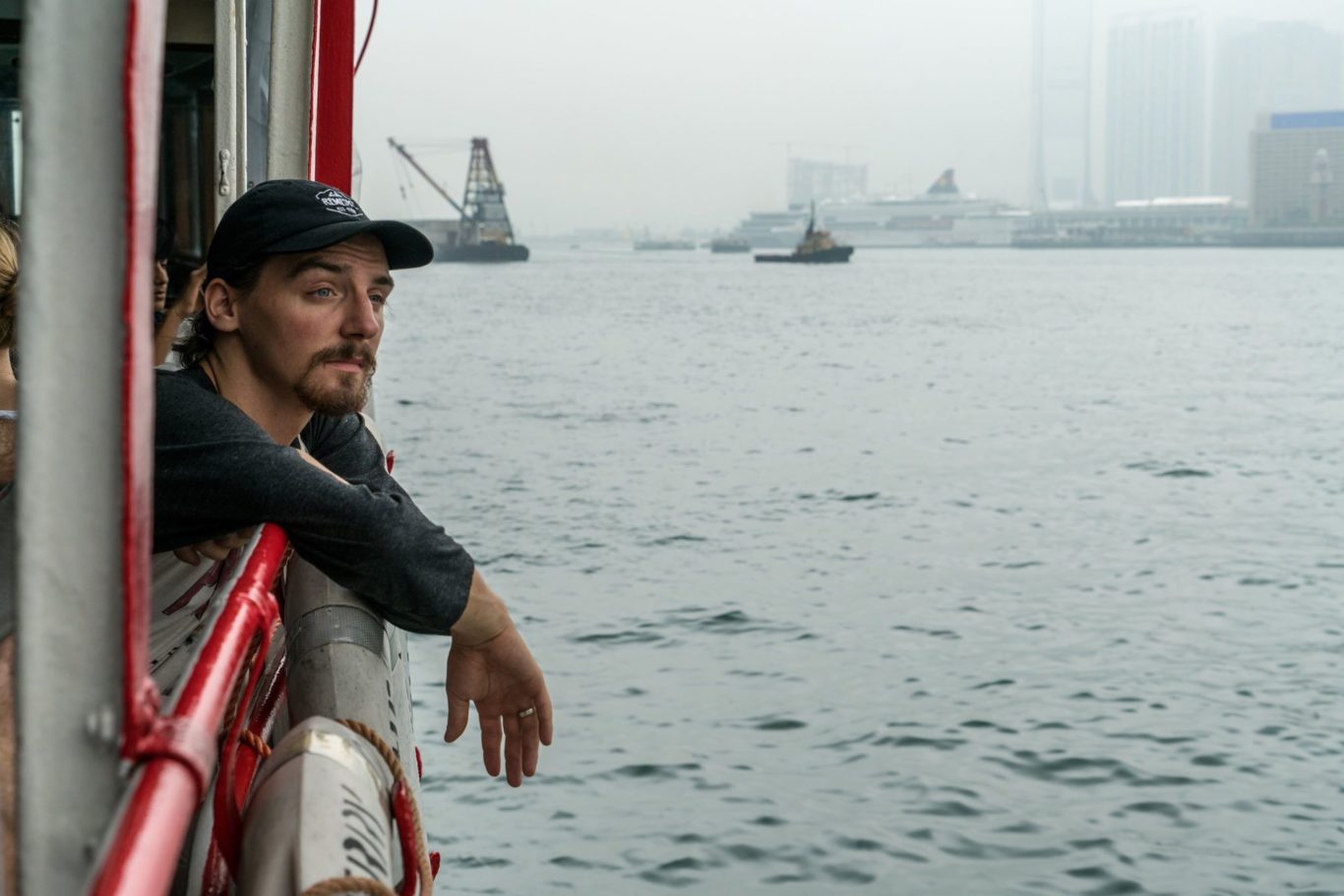 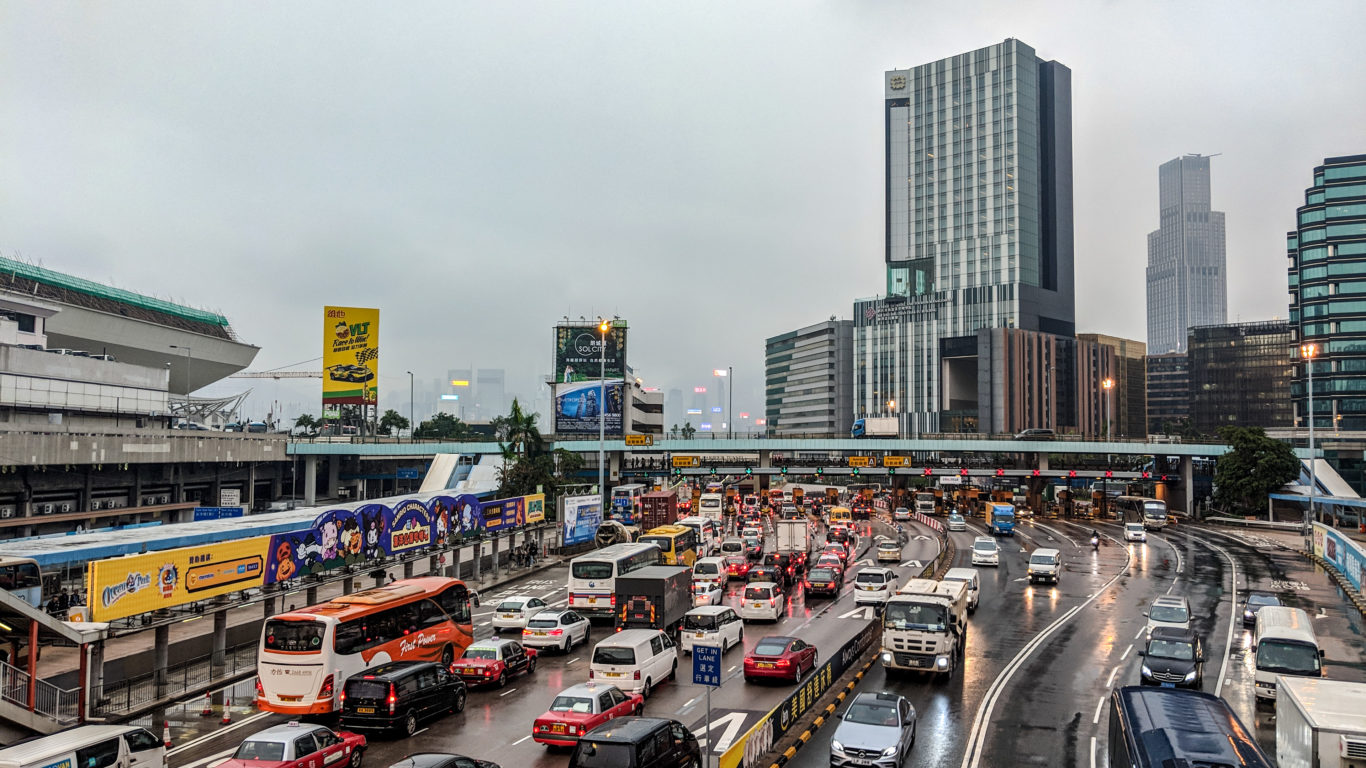 As things began to take shape, we quickly discovered in order for this to work there was going to be a lot of hurdles to jump. Getting 12 individuals from not only all over the US, but also Europe, on the same page was a challenge. The hardest part was finding an affordable place that could house 12 adults ( myself, Kyle Strauss, Jon Fromm, Pascal Tan, Evert Lubja, Deniz Baethke, Marco Gheim, Taylor Bredfield, Richard Williams, Dustin Spengler, Travis Stewart and Jarrod Banning ), as anyone that’s been through Asia knows space is limited and Hong Kong is possibly the hardest. As the group worked through the challenges, excitement grew and the interest from others only fueled our belief this was going to be a success. 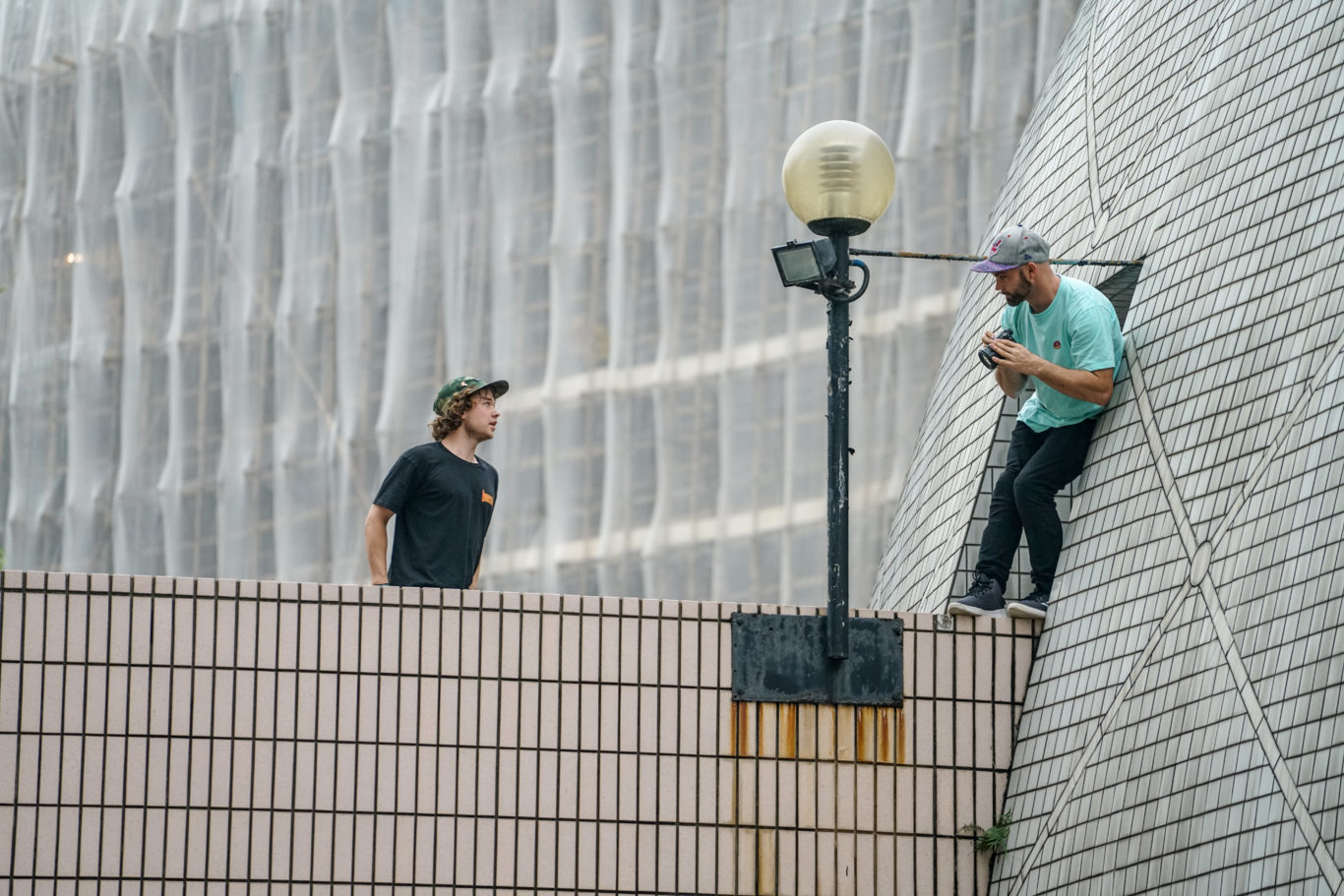 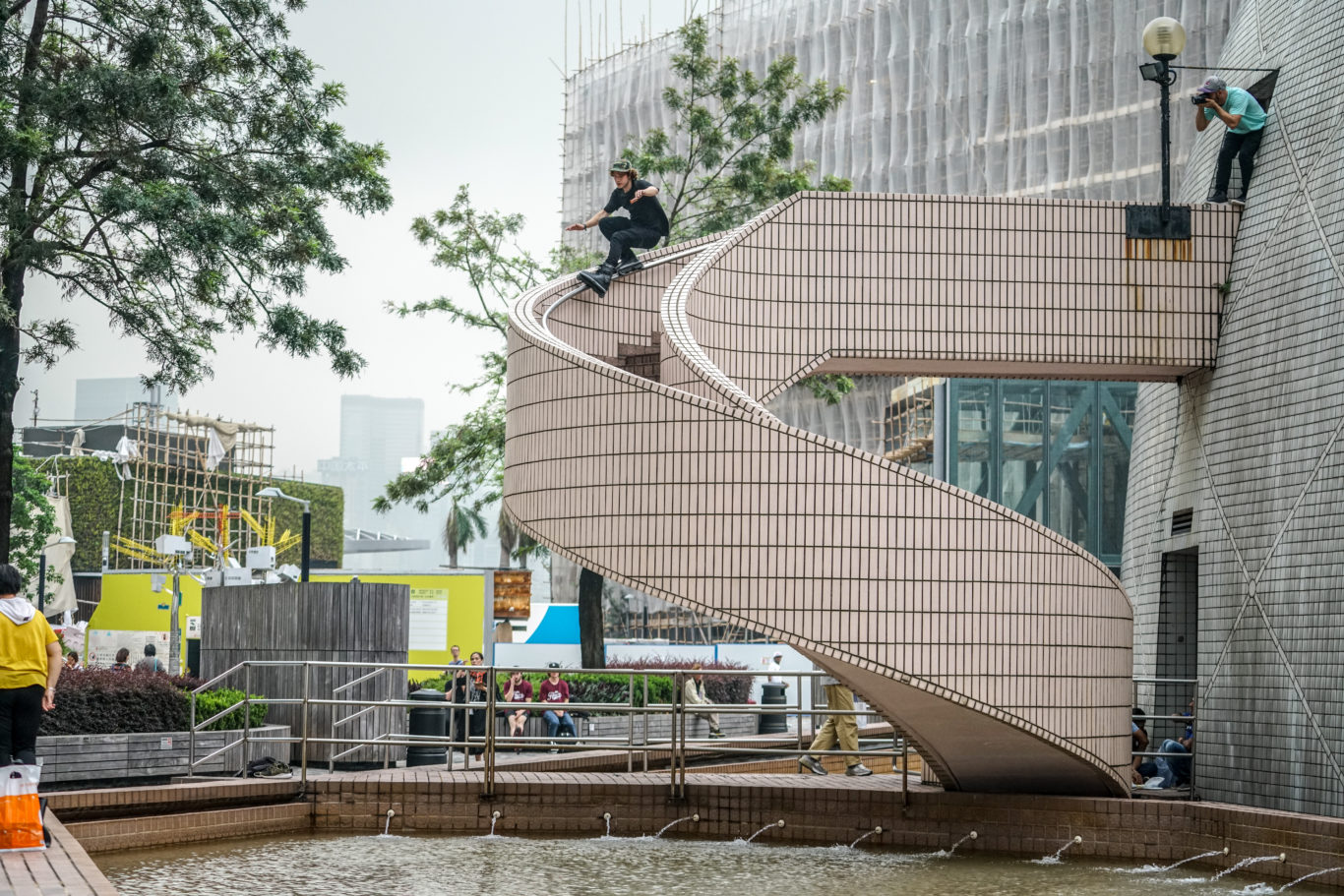 Pascal Tan with a soul in Hong Kong 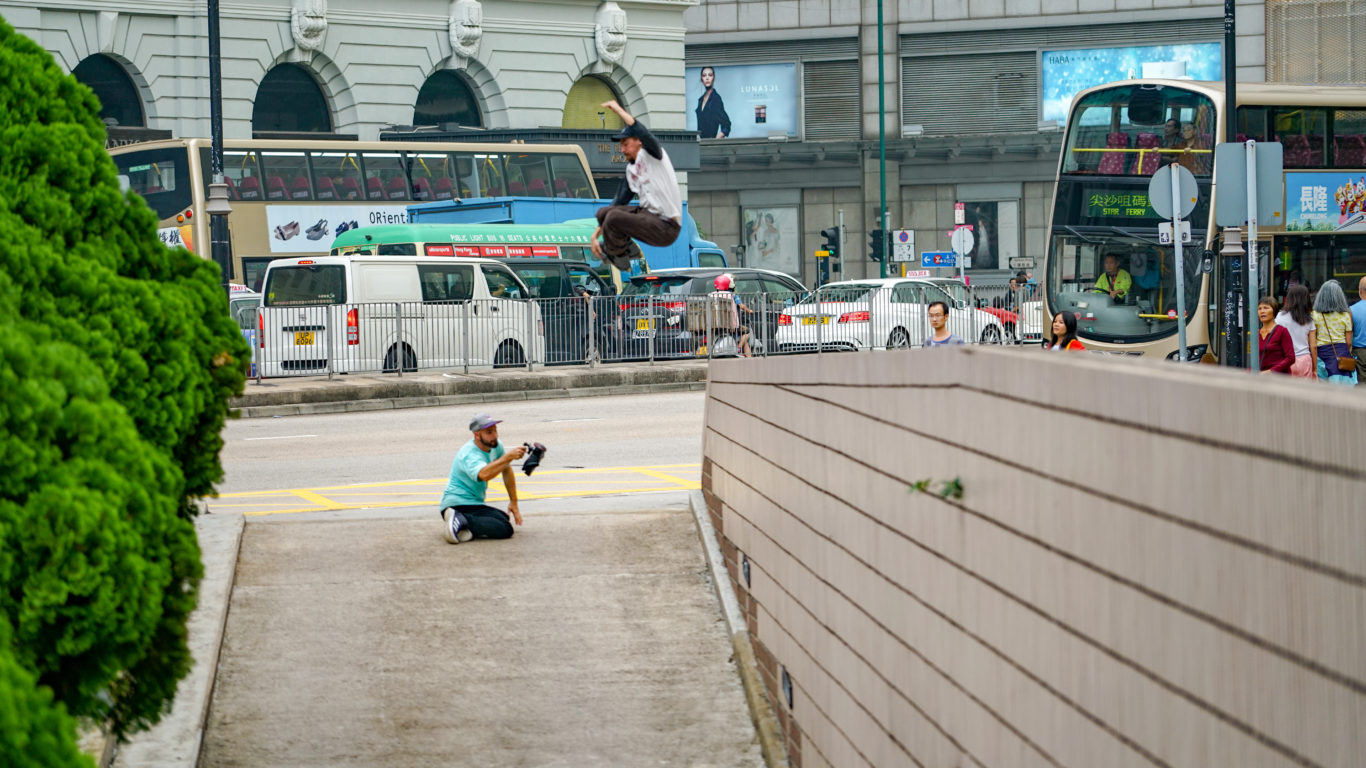 Evert Lubja with a bank to mute 5 in Hong Kong.

Once we arrived in Hong Kong, the group was buzzing and ready to take on the unknown. We were lucky enough to have some of the local skaters direct us to some spots the first day or two and the group started laying down tricks quickly. It was amazing to watch 12 guys with different eyes tackle one spot so differently. There was not one single trick that was done the same. To say that everything was prefect would be nothing short of a lie, so many guys with different personalities and a small living space will obviously brew up some tension at times. 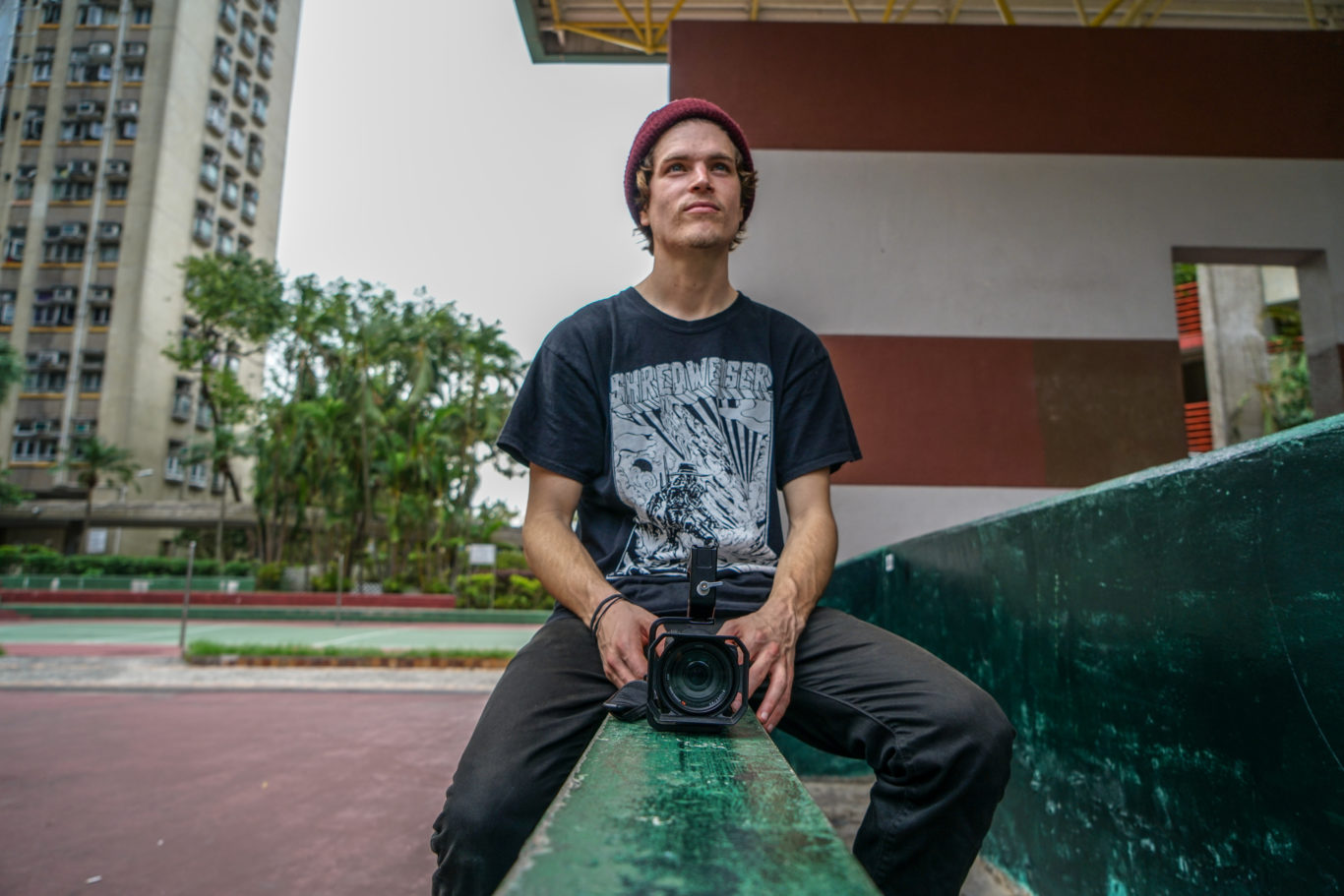 Dustin Spengler, more than likely thinking about where to get some pickles. 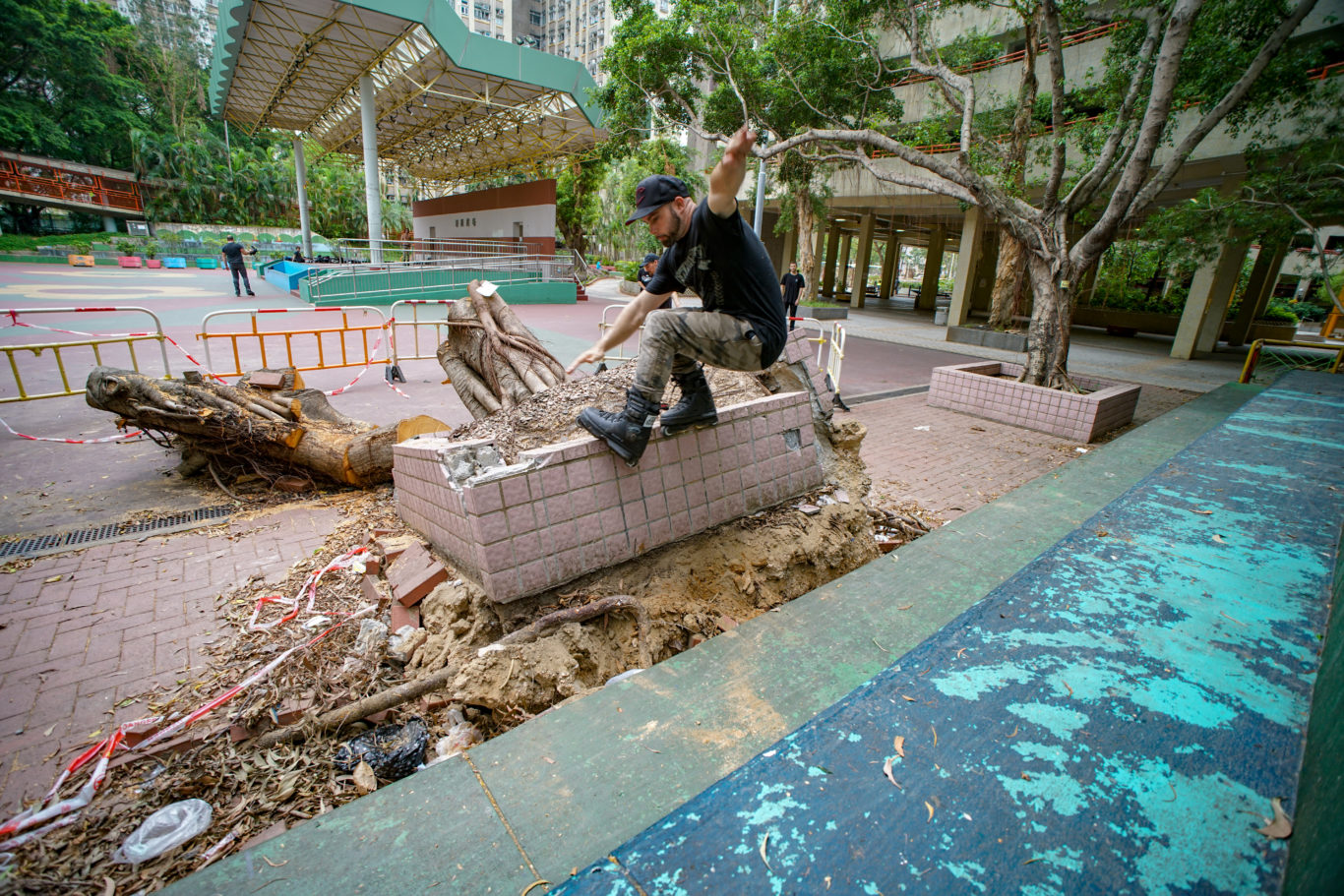 Ryan Strauss launches a soul from the steps in Hong Kong. 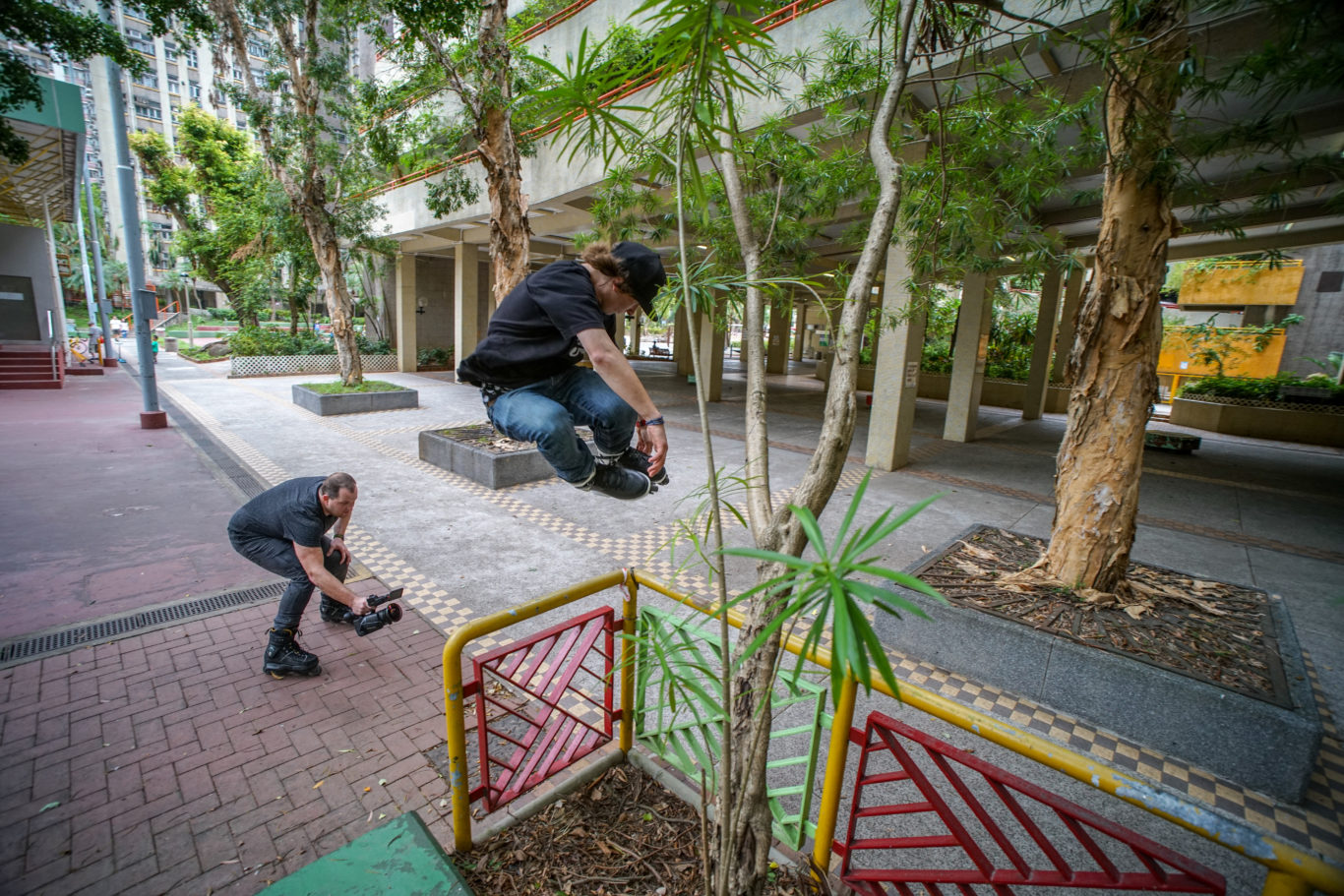 Marco Gheim with a 180 from the stairs over the railing in Hong Kong.

Nevertheless, there were no major blow outs and everyone was respectful with each other as we all knew that we were friends and we had a goal to make this the best trip we could. Trying to not only skate but experience the culture and be be tourists at the same time made each of the 8 days very long, this included a spontaneous adventure to Macau for a day, because why not? We learned a lot about not only ourselves but each other as well, and it’s awesome to see how a group of people can come together for the first time and accomplish something with nothing but the willingness to experience life. 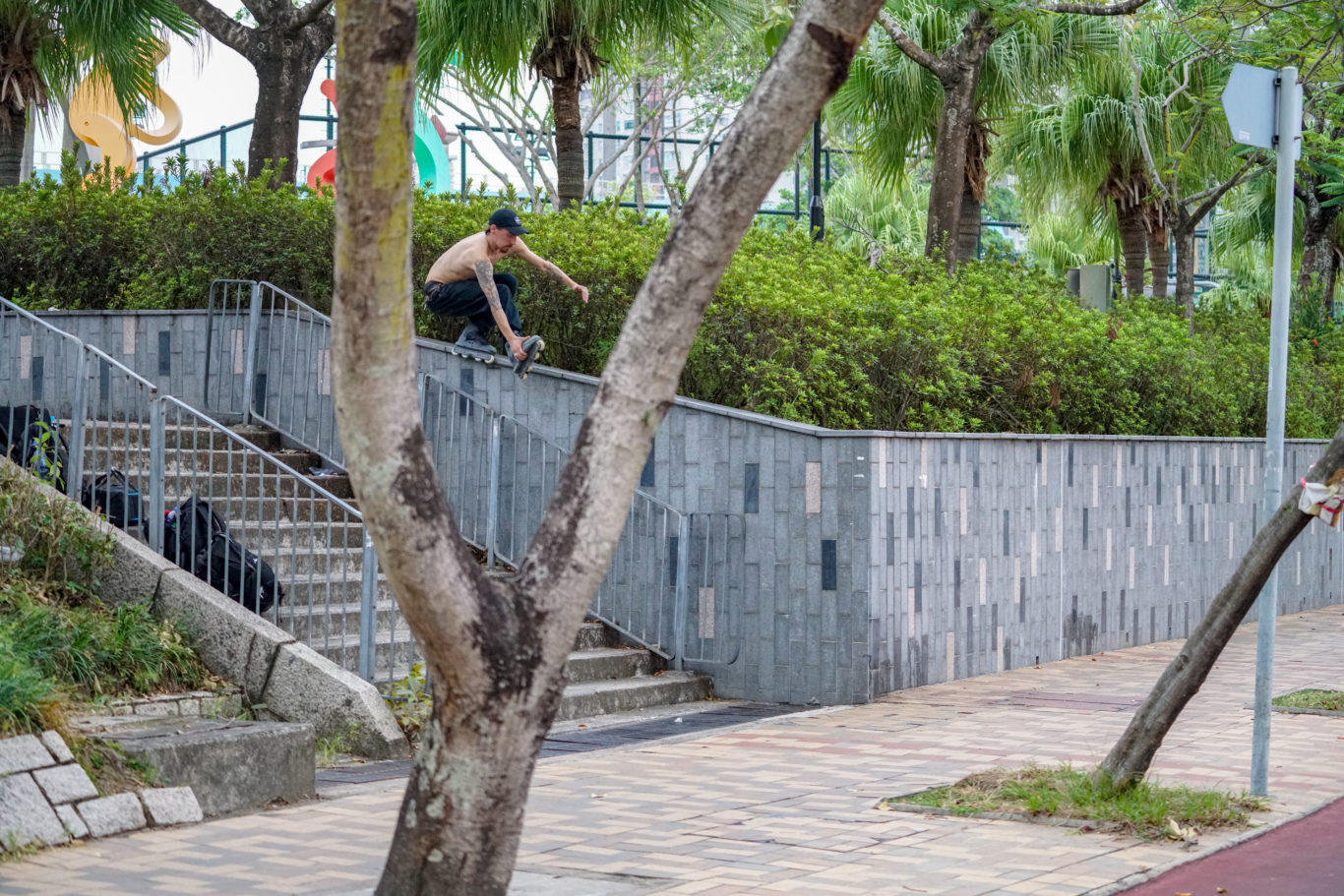 Evert Lubja caught split between a Half Cab Makio and a good place, that being Hong Kong. The team described the China landscape as “surreal”. 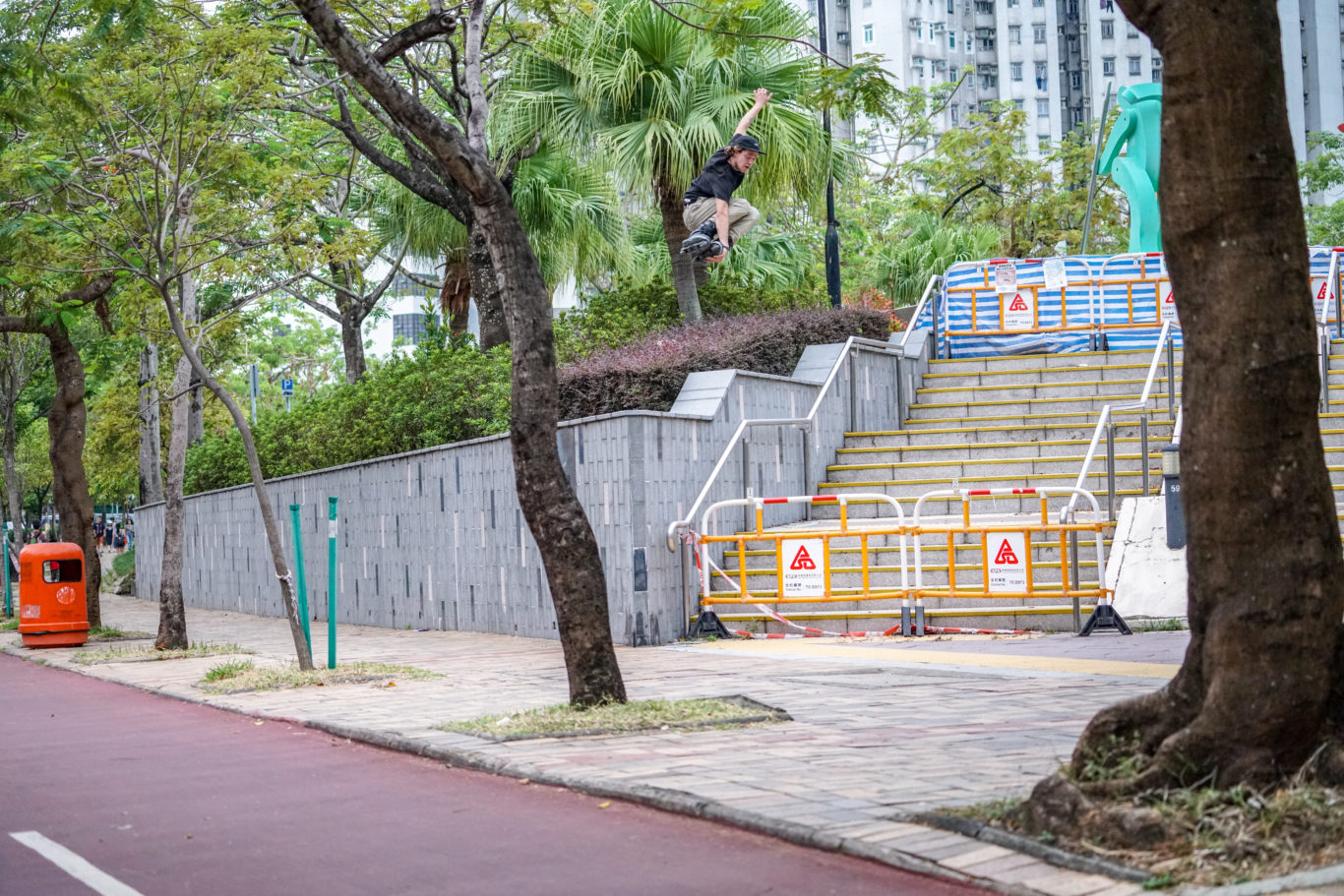 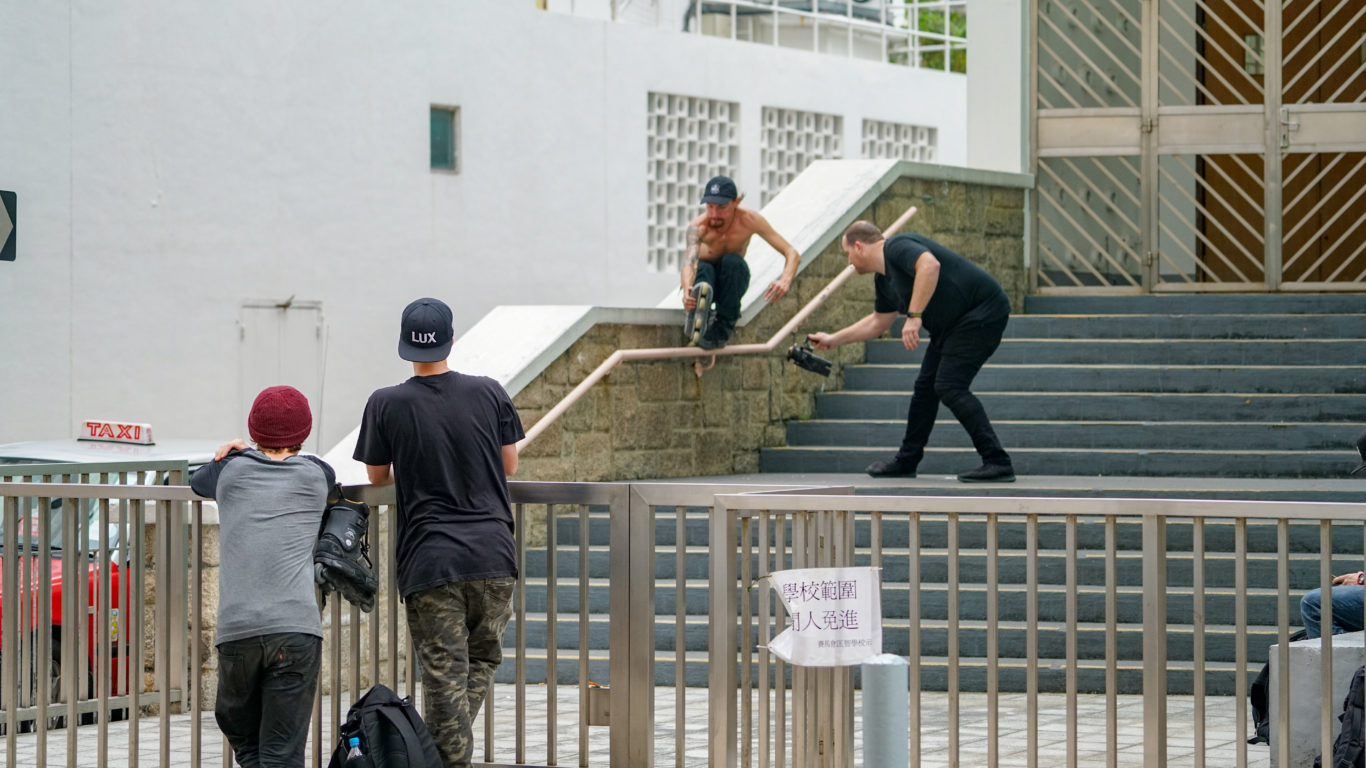 Looking back a few days after the tour ended I am nothing but impressed with what the group accomplished. We battled the rain, a busy metropolitan business oriented city, fatigue, injury, personal conflict and the general unknown. In the end we came away with what was nothing short of amazing.  This was a trip no one will ever forget and we hope to make it an annual event with a group of guys that are willing to take on the adventure. 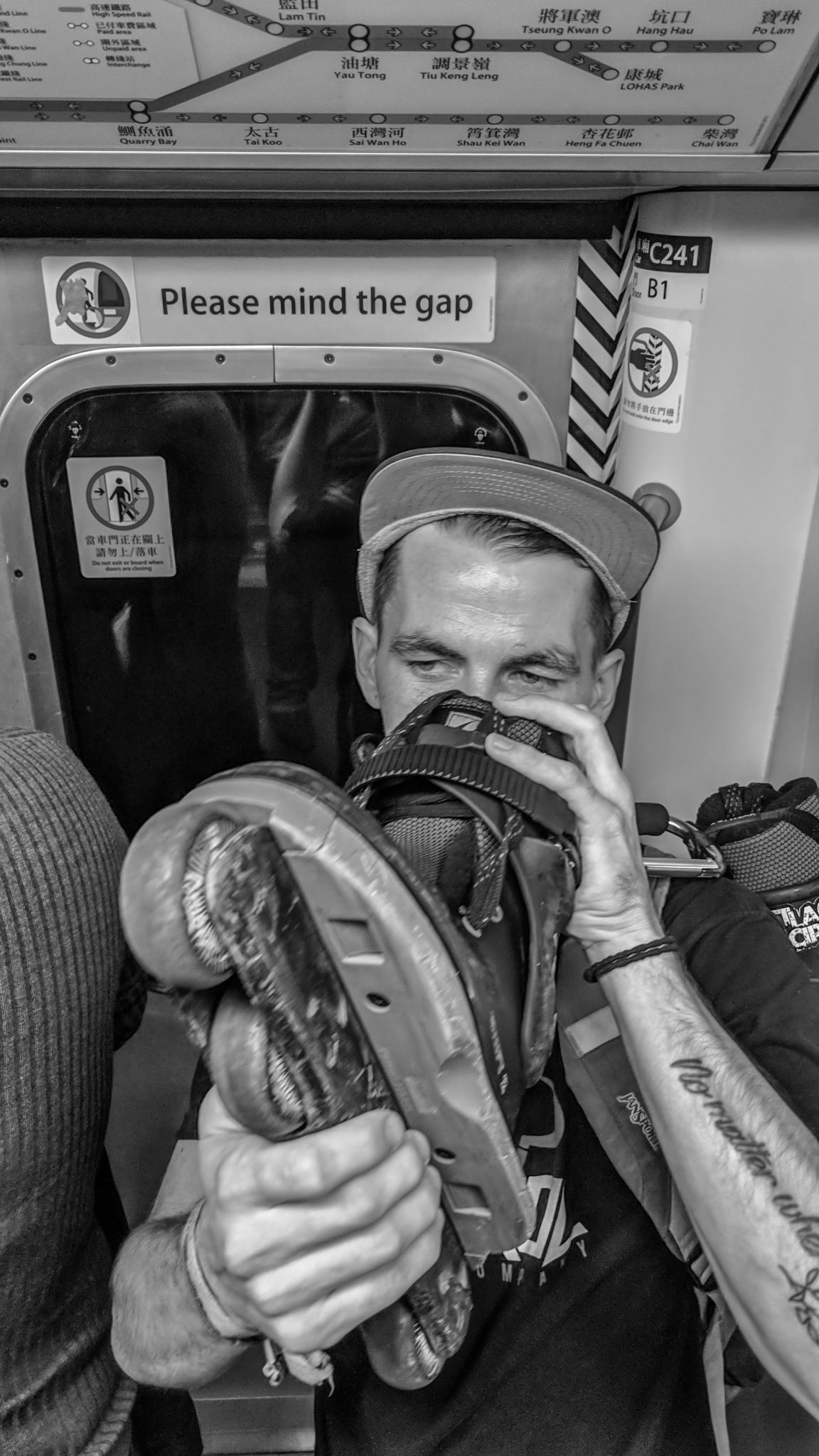 Jarrod Banning gives his take on how to properly drink in public. 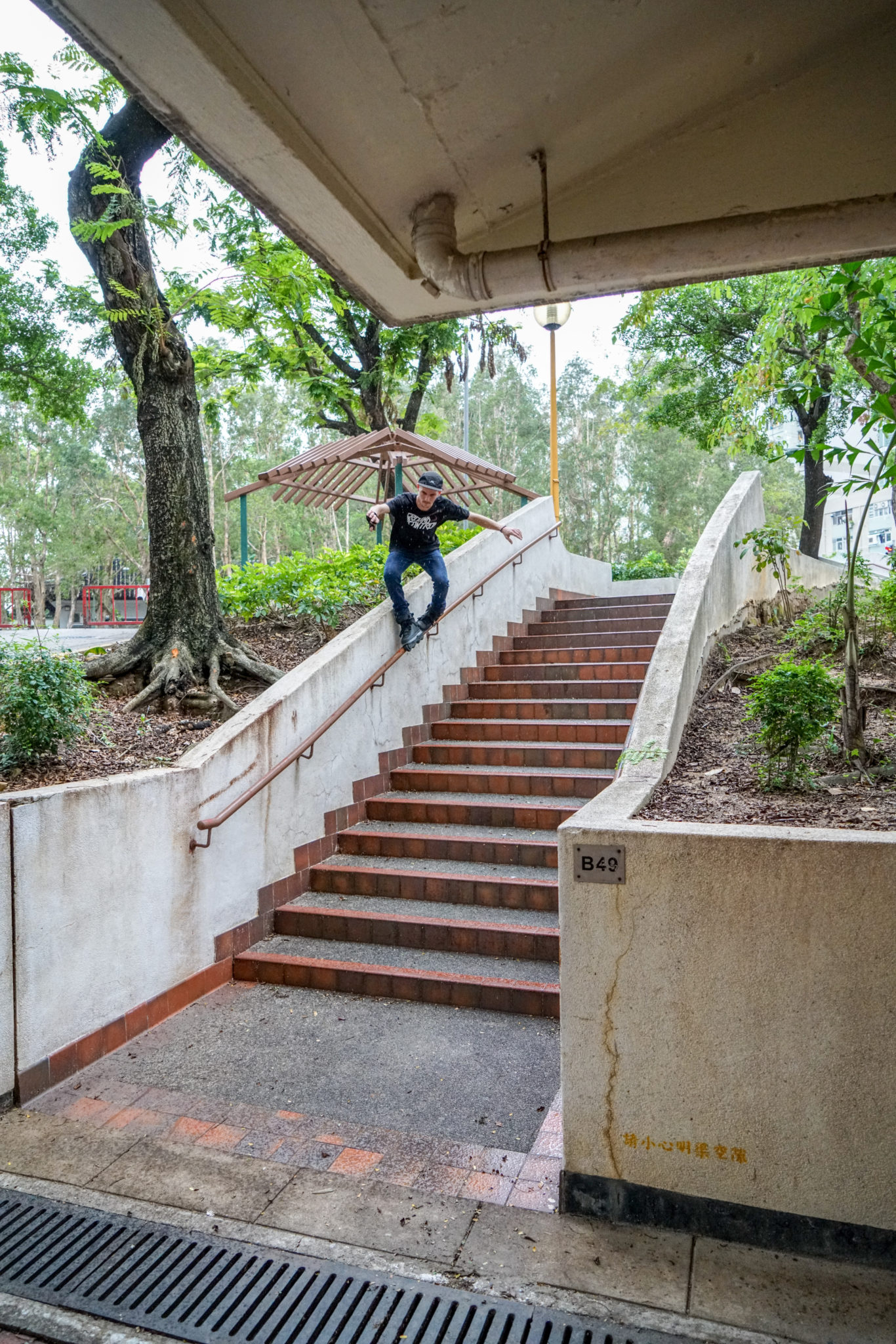 Jarrod Banning with an X Grind in Hong Kong 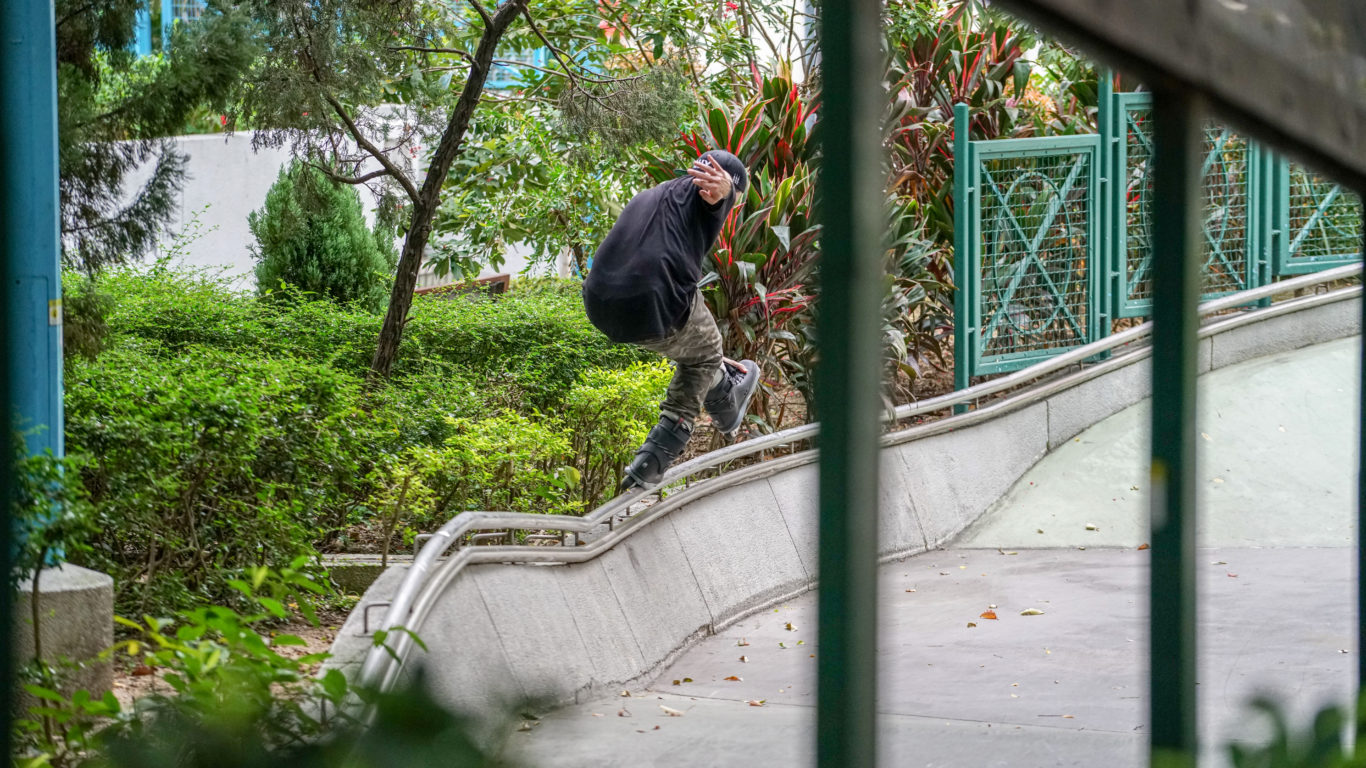 Jon Fromm, seen here honing in on a Fishbrain, was one of the organizers of the tour. 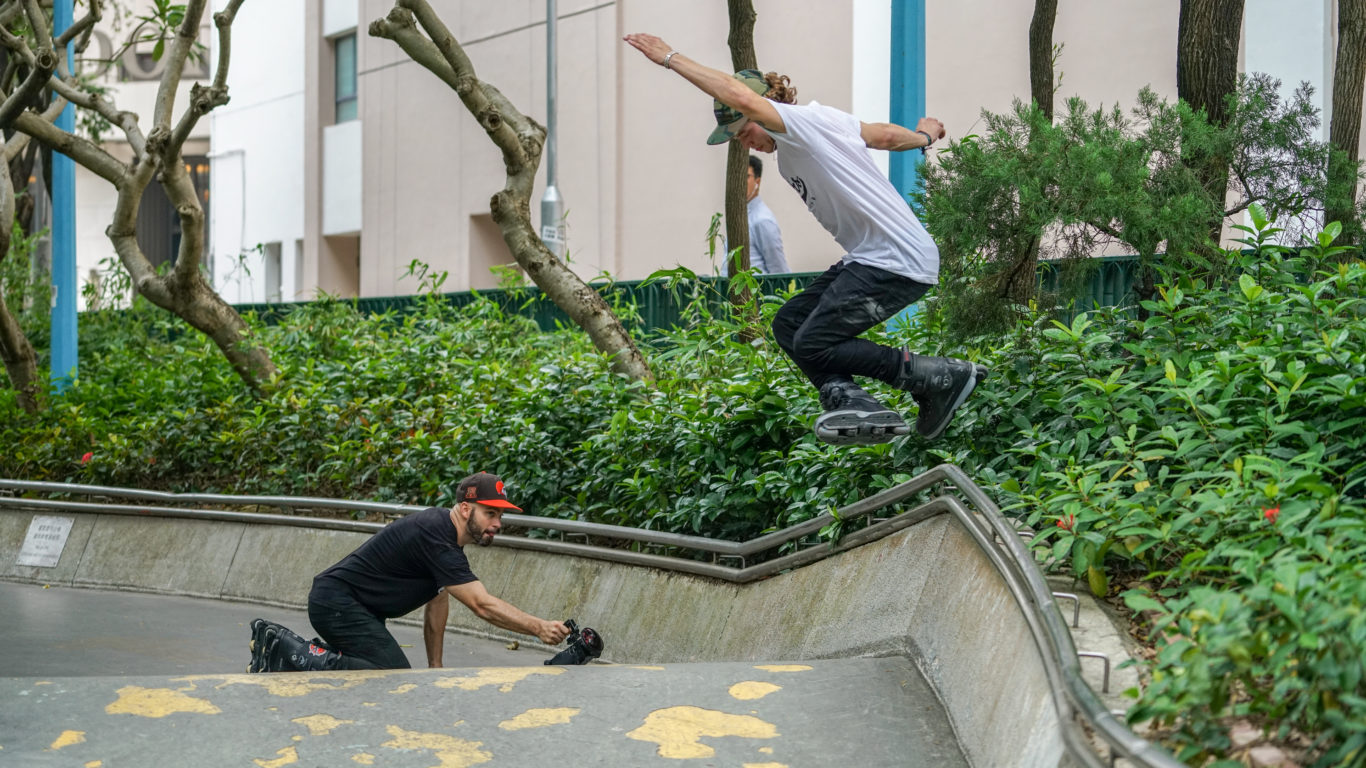 Pascal with a TTP in Hong Kong

To sum up the tour in one word: SURREAL 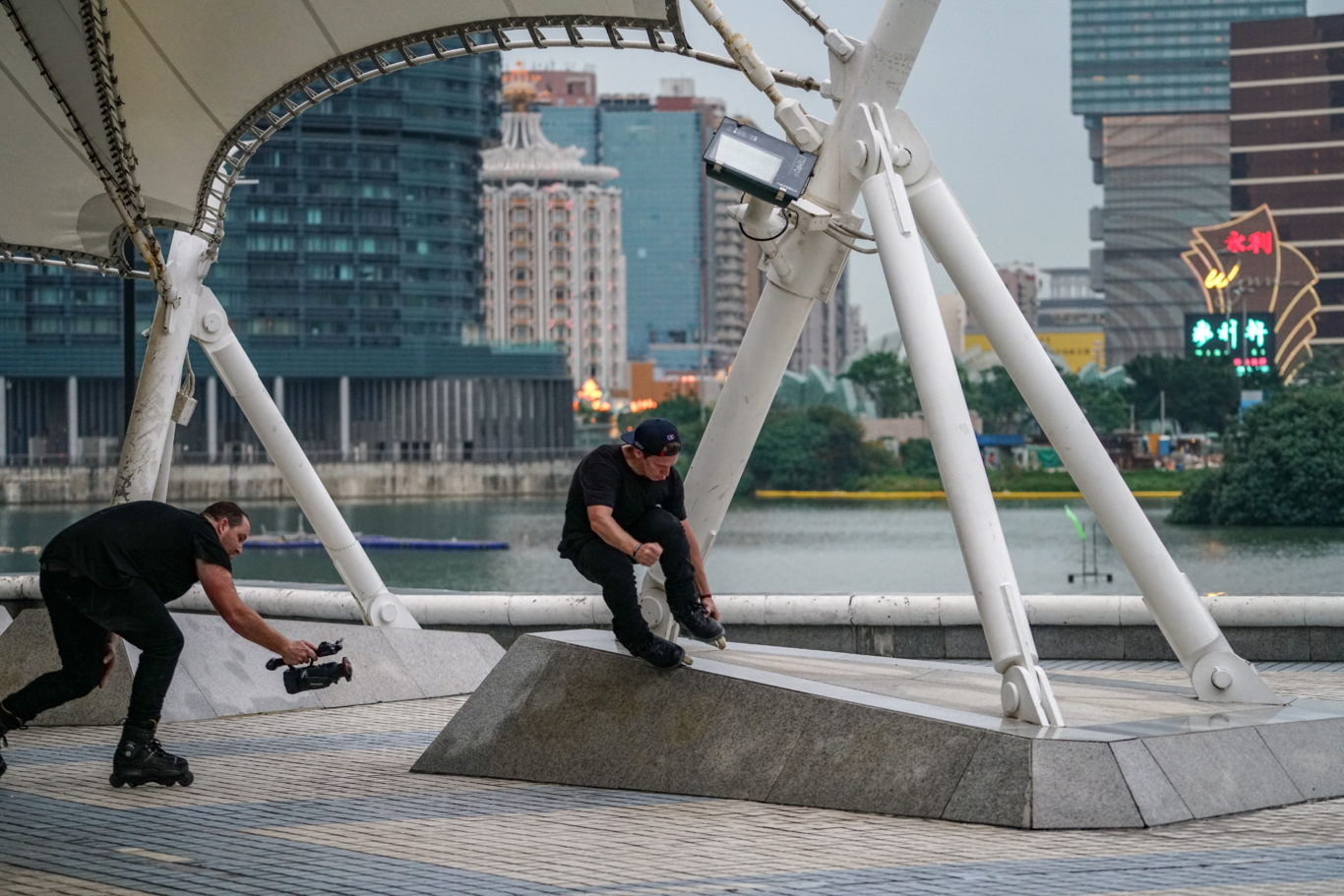 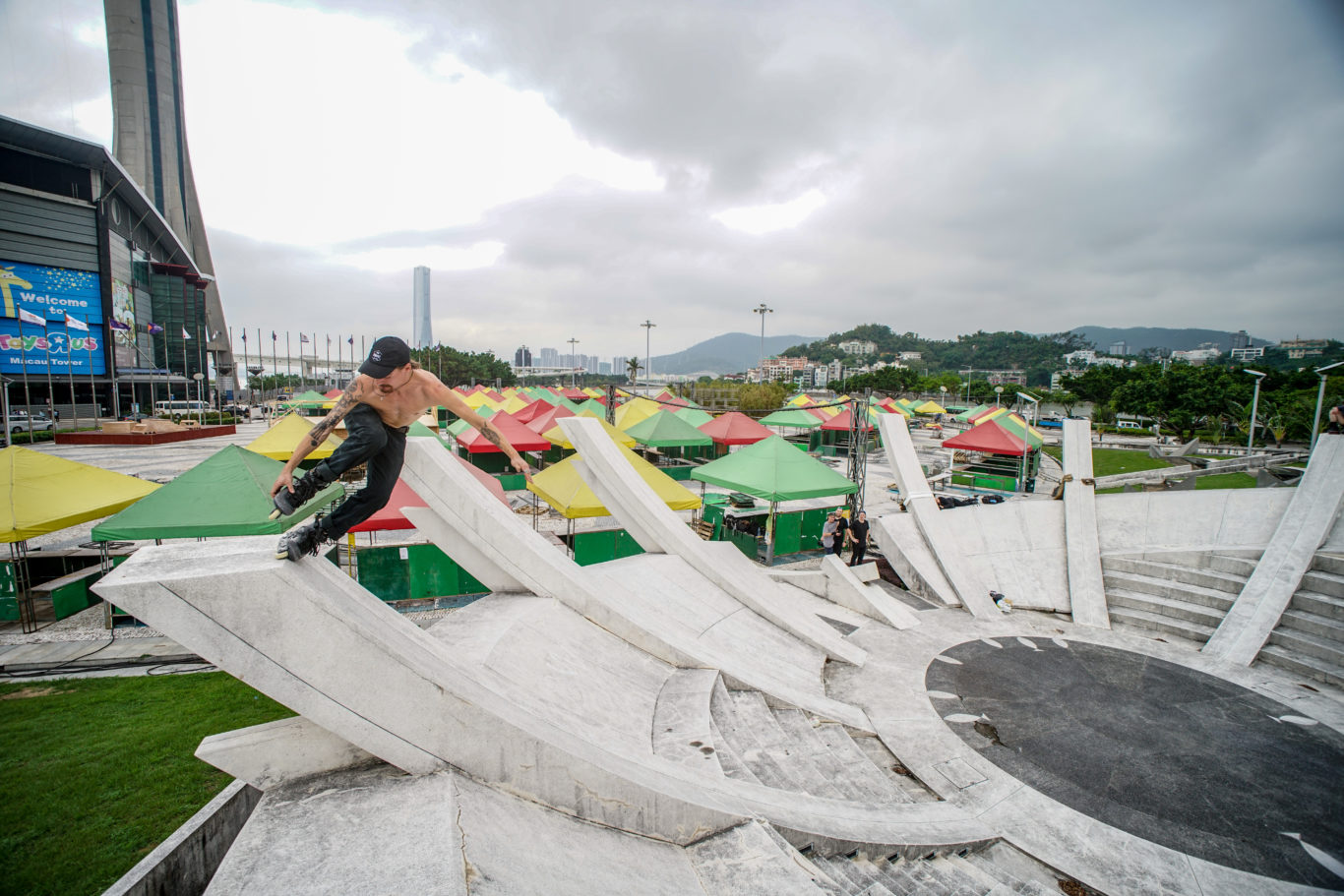 Evert dials in a Fishbrain Stall in Macau, China

Razors Skate Co, Intuition Skate Shop, One Lux, This is Soul, Sic Urethane, Nuff Said Amsterdam, and Blader Union we have nothing but love and respect for you. Please support these brands as they are giving back and that’s the only way to help grow the industry.

I want to take a second and thank all the companies that sponsored the trip. We never thought or expected so many would not only take an interest but would be willing to give us support as well. 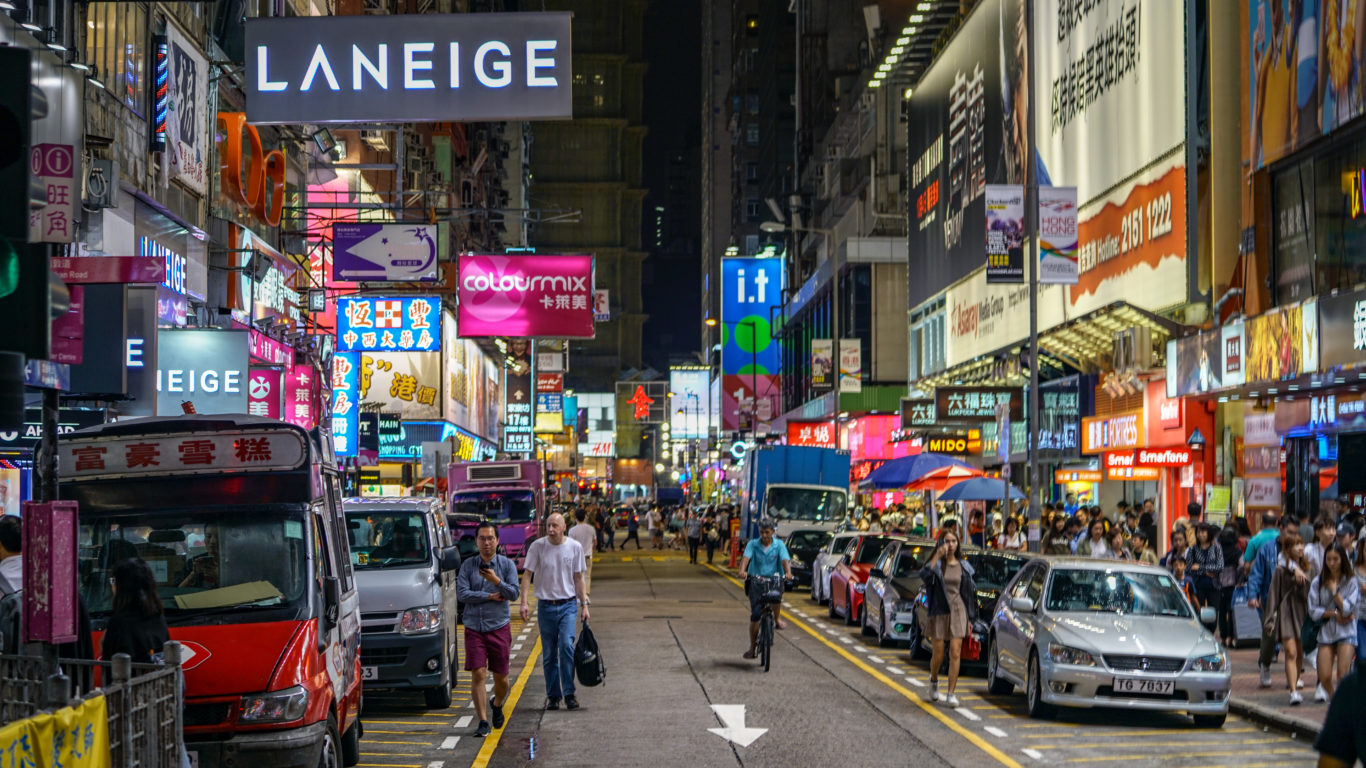