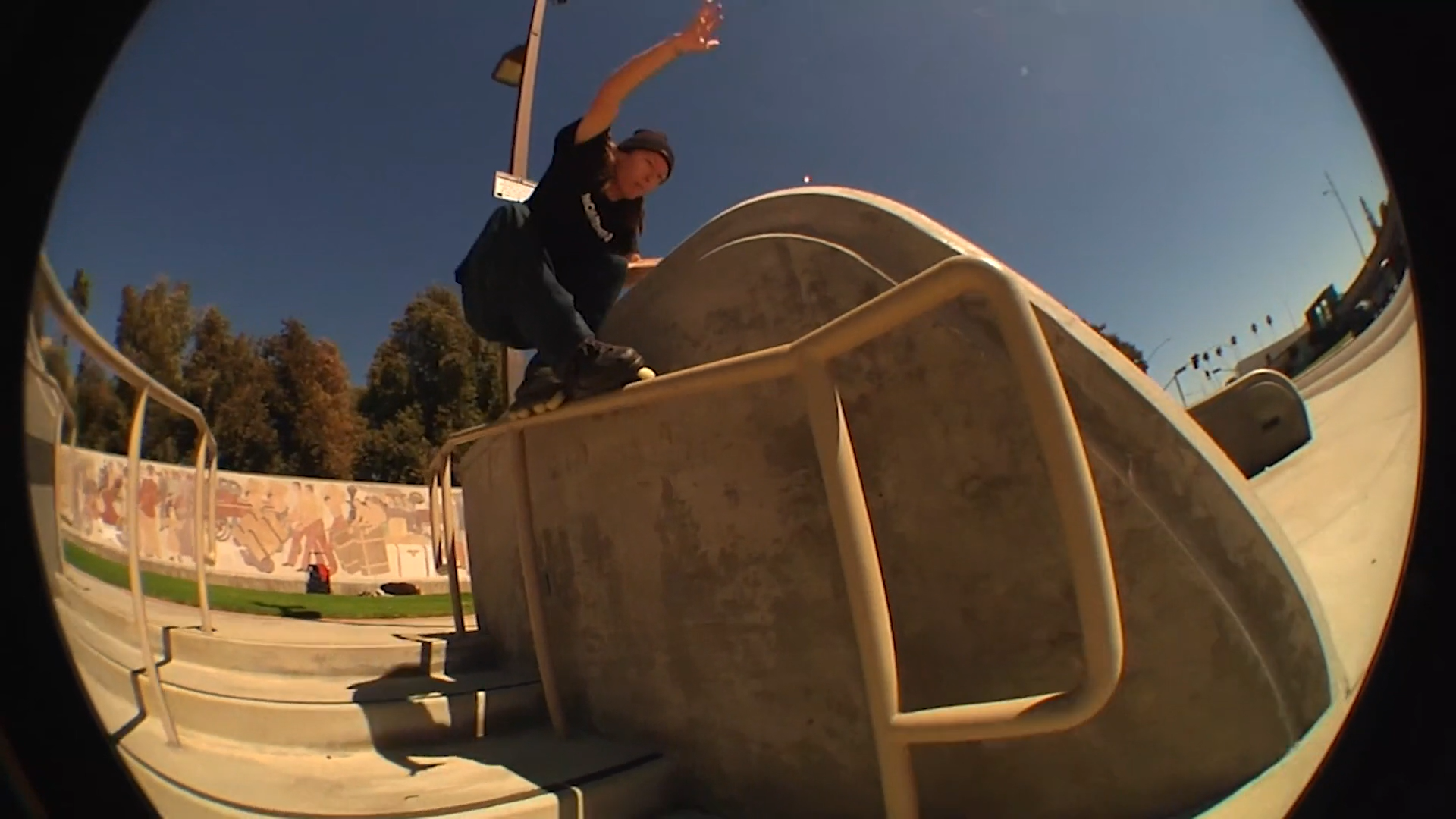 LTE Wireless have just dropped one of the most entertaining and upbeat crew videos in quite sometime with their newest video “UP2NOGOOD”, which was edited by Dennis Lopez and Jeremy Soderburg. “UP2NOGOOD” is a profile driven video which is filled to the brim with talents such as Jalord Santos, Chuck Cauton, Jordan Williams, Pablo Porta, Jeremy Soderburg, Keith Hubbard, Gregory Preston, Joe Jimenez, Joey Lunger, Sam & Josh Jeter, Robert Besabe, Jonas Acosta, a dope split section of Kevon “Biz” Thompson, Juan Martinez and Kay Luz plus tons of incredible guest appearances.

There were so many mind blowing profiles featured in “UP2NOGOOD”, so I could be be here all day discussing how amazing they all were. To briefly summarize though, Jalord Santos is a great skater to open the video up with, as his compact and unique style are always a pleasure to watch, he is like Louie Z 2.0 but with his very own fresh vocabulary. He is followed up by one of the most underrated cats in the game, Mr. Jordan Williams. J Dub is one of those skaters whose skating is steadily getting better and better by the day, so don’t be surprised when he is on some Broski level one of these days. Another individual whose skating is very pleasing to the eye is co-creator of “UP2NOGOOD”, Dennis Lopez. Dennis has a natural steeze that can make even the most basic of tricks like a p-star look absolutely immaculate, that isn’t to say he doesn’t have tons of tricks at his disposal, because he has them in abundance.

Another skater that is highlighted in the video is Razors new secret weapon, the highly technical Joe Jimenez, who comes through with some very creative switch-ups and a proper spot selection to get some good tap dancing on. Another name I wasn’t too familiar with was Robert Besabe, but Rob dropped one hell of a proper profile, which showed off Rob’s consistency and style which is reminiscent of Ranier Piramide‘s sanitizer clean style, which is about the best comparison/compliment you could wish for honestly. Also featured in the video is co-creator of “UP2NOGOOD” and the People’s Champion, Jeremy Soderburg. Jeremy’s skating is absolutely legendary and he has been killing the game for so damned long that I really shouldn’t even be writing this, because you know as well as I do, that the man is NICE! To wrap up the video is also one of the most criminally underrated and most unique skaters out right now and that is Joey Lunger. Joey continues to take the unconventional approach to his trick and spot selection and he continues his legacy of innovative and ground breaking profiles with one of his best showings to date. Joey won’t even let something as simple as not having a concrete run up stop him from banging out a “who thinks of that?” hammer for his final profile trick. You will have to see it to understand. For a video which almost rounds out to a whole hour, is a fun filled and satisfying watch that keeps your attention throughout the whole video and will likely be on repeat for multiple future viewings. So peep it!