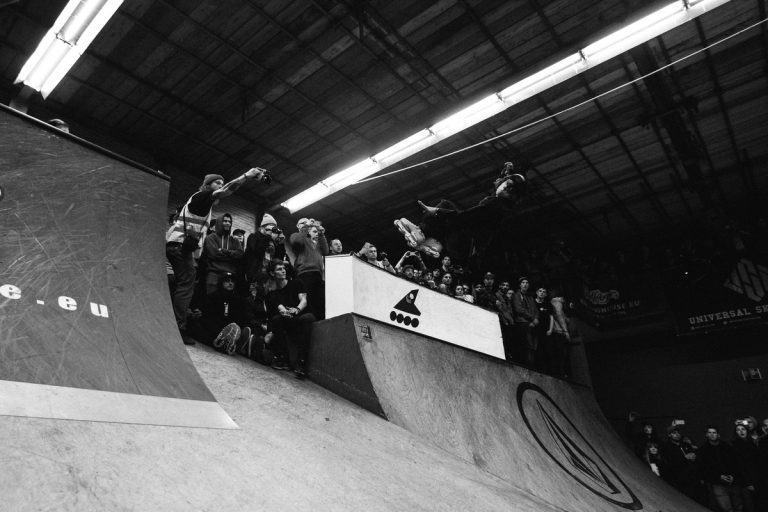 WINTERCLASH: CAPTURING LIGHTNING IN A BOTTLE

Winterclash. On paper it’s the biggest rollerblading competition of the year. In reality it’s something much more. It’s the ‘more’ that keeps people coming back year after year. Although quite hard to define, anyone that has attended certainly is aware of it. It is the same ‘more’ that at one time existed at I.M.Y.T.A street events. There was a certain moment during the Pro finals that it felt like the whole place was reverberating. Energy, bouncing off the walls and back, in between the crowd and through the skaters. It’s a circular thing going back and forth which rises, swells and then peaks in some kind of fever pitch where logic and boundaries are being pushed and broken at bullet speed. Humans go to the end of earth to find that type of spontaneity in their lives. To grasp a sense of freedom from the shackles of the mundane. It’s not an element that’s handed to you on a silver platter, but one to strive toward and reach for. 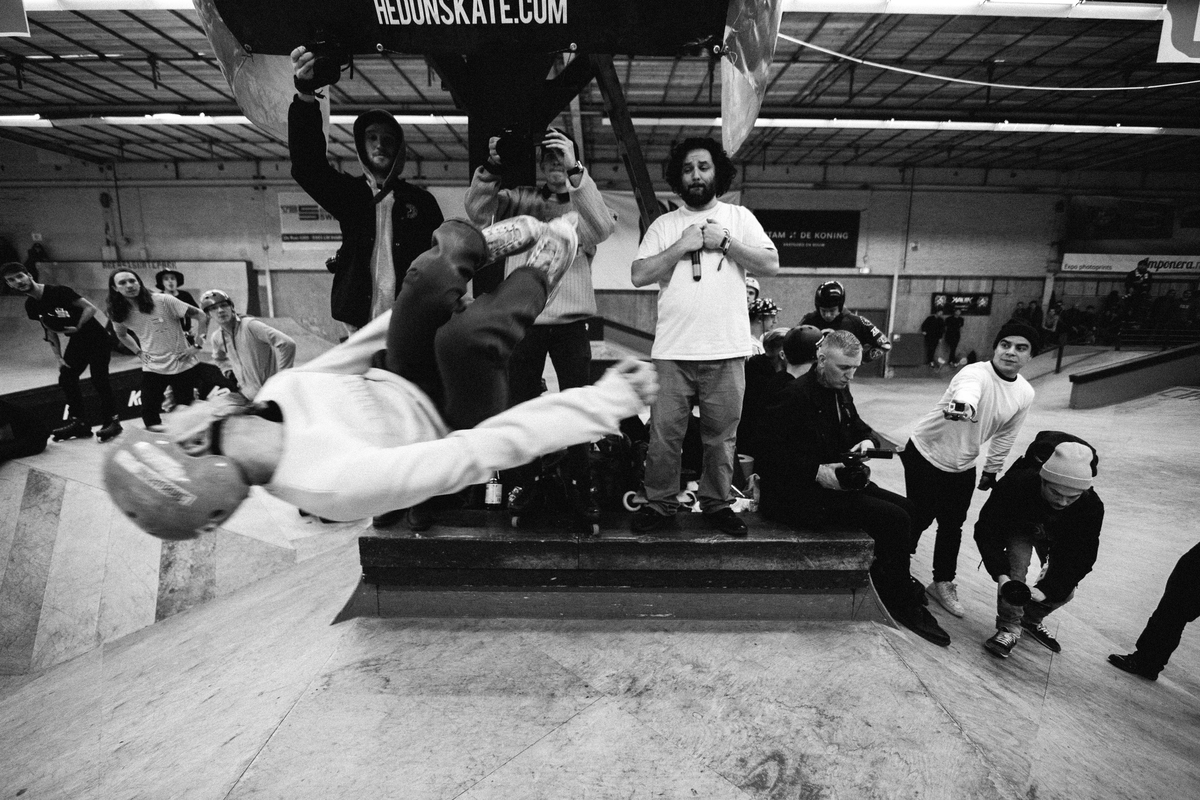 Everything in life is a happening firstly, then an endless reflection. There’s always a sense of what did it all mean? What part did i play? A lot can happen in the space of a very short time. Walk into the skatepark in Eindhoven at that particular time every year and it’s a total bombardment of senses. It’s impossible to catch everything. I remember snapshots of conversations, warm greetings, new introductions, and an endless array of characters. There’s often a complaint aired that blading these days lacks the personality of old. There was such an eclectic display of talent and individuality on display that i don’t feel that position holds much weight once the rose tinted glasses are removed. Take one small example of the amazing contrast between Montre Livingston, the genius crowd worker, to quiet precision of Yuto Guto, both masters of the craft yet approaching it from different angles. 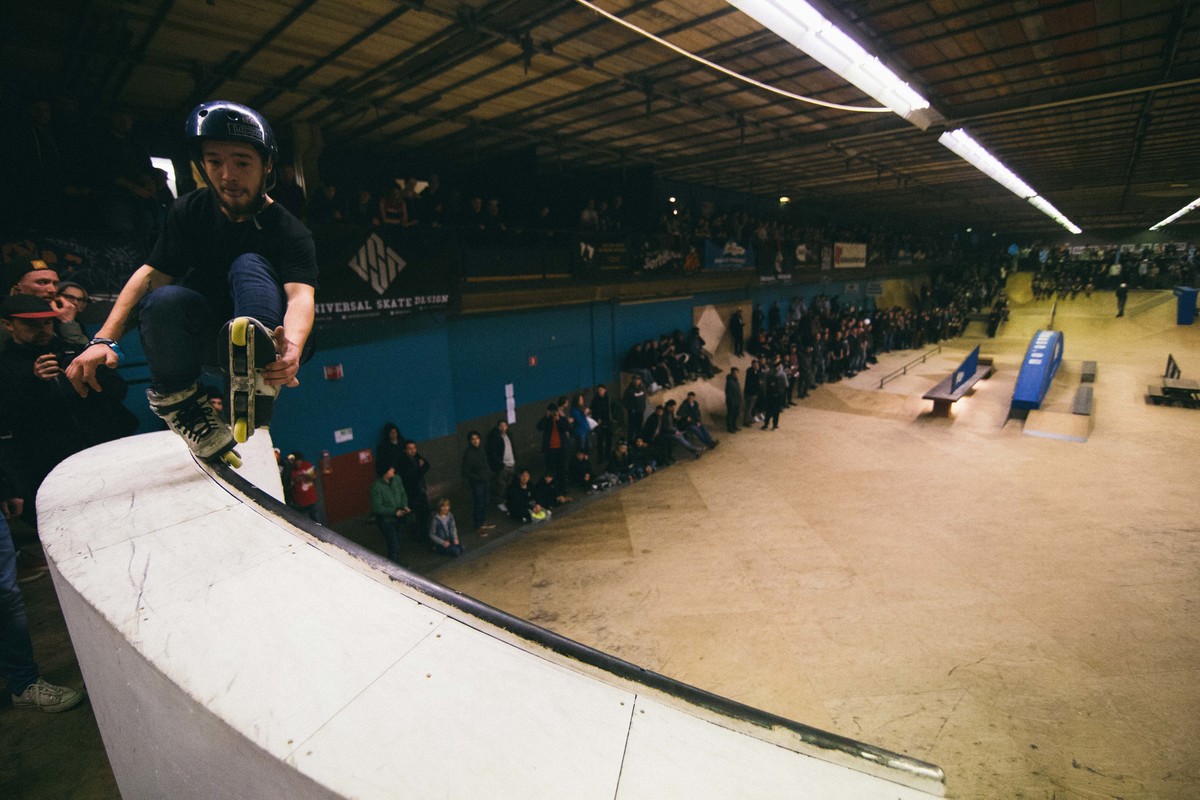 Last year, circumstances led me to play the part of a weary observer. Dano winning amateur had us all on a high, the level of skating was incredible to watch, but i was off some other place, the events viewed through a veil of mist. Two days of being so ill i couldn’t get out of my hostel bed at the tail end in Amsterdam had me convinced i wouldn’t be returning this year. Times change though. After a bad arm break, i made some essential adjustments and was now swimming with the current. A wise man once told me that everything in life is a wave. I observed this repeatedly in detail over the weekend. Sometimes everything aligns, ones mind, body and motion are in sync. The plateau of limitations evaporates. At other times the strongest will in the world can’t stop you from biting dust, literally and figuratively. 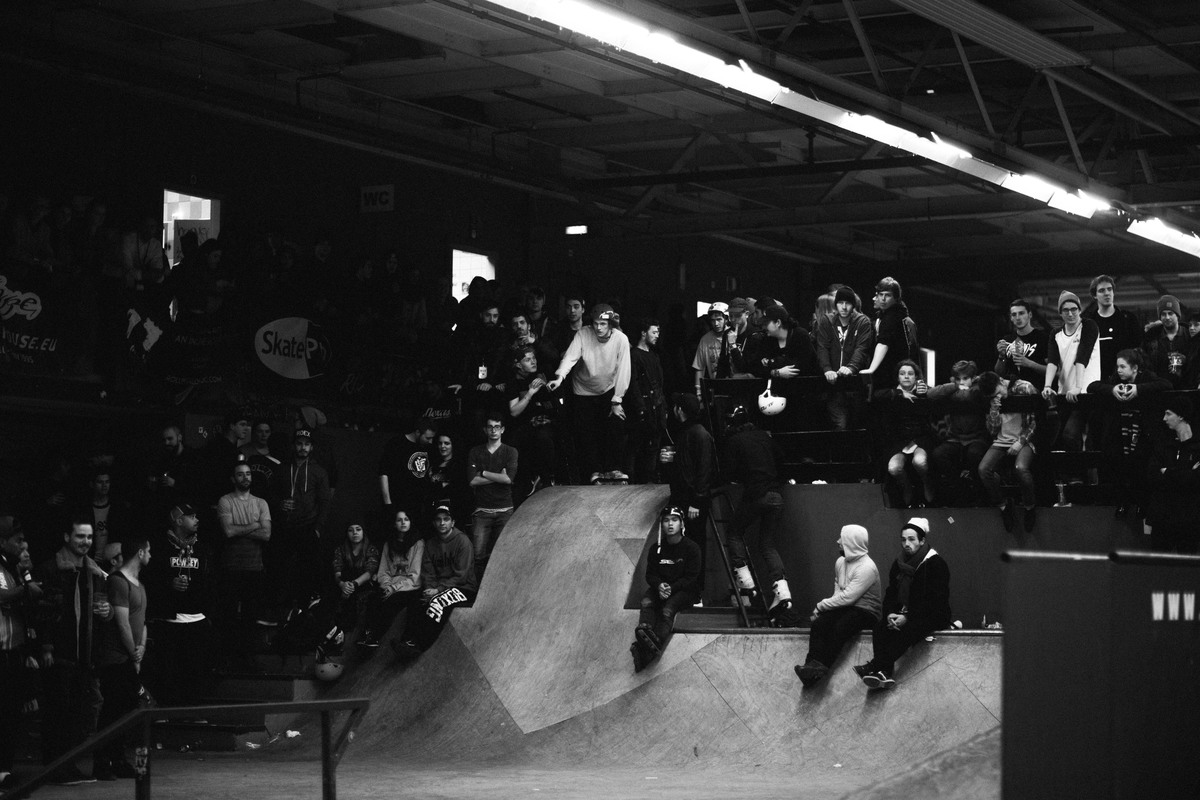 The park set up this year was excellent, with enough of a variety in the obstacles to cater to all the categories over the weekend. The centerpiece was the rainbow box which was accessible to all, but at the same time a sufficient challenge to execute hard tricks on. Edwin‘s rail had been moved to the corner which gave it a little launch beforehand. A long ledge, starting low and ending with a drop, situated beside the infamous down rail provided opportunity for transfers. A large blue quarter pipe installed on the bank beside the original quarter (with an added u shaped box on top) completed the new array. Highlights came from all corners. Yair Viner, who i don’t even think competed, was throwing down 360 sweaty to kindgrind transfers on the drop to rail with ease. His compadre Bobi Spassov, who ended up third in amateur had now added a rocket air to his cab 720 to cess slide move. A real thinker in the field and a pleasure to watch. 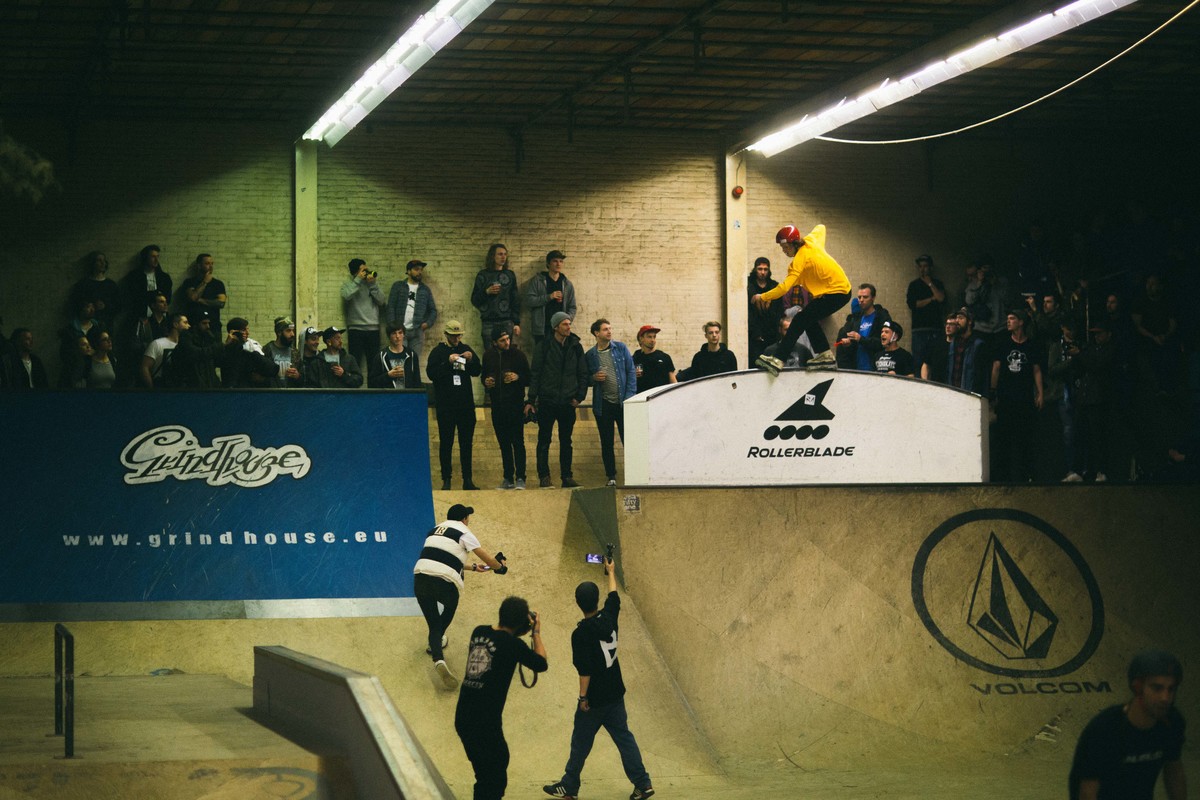 I’d like to imagine that despite over twenty years skating and observing the act of it, i haven’t become jaded and can still look at things with fresh eyes. In saying that, my personal preference has always been the creative side of things. It was great to see so many skaters using their minds to work the course in new and interesting ways. Dominic Bruce was looking like his body couldn’t keep up with how fast his mind was thinking of tricks to do. Somehow it all comes together at breakneck pace. Where one man might hit two tricks in a line, Dom hits seven or eight and is most likely thinking of number nine and ten while the rest catch their breath. Connaire Skerritt launching from street section to grind the barrier and into the bowl was right on the money, winning him most creative trick award. Yuto Goto transfering back at forth on the rainbow box was a sight to behold. 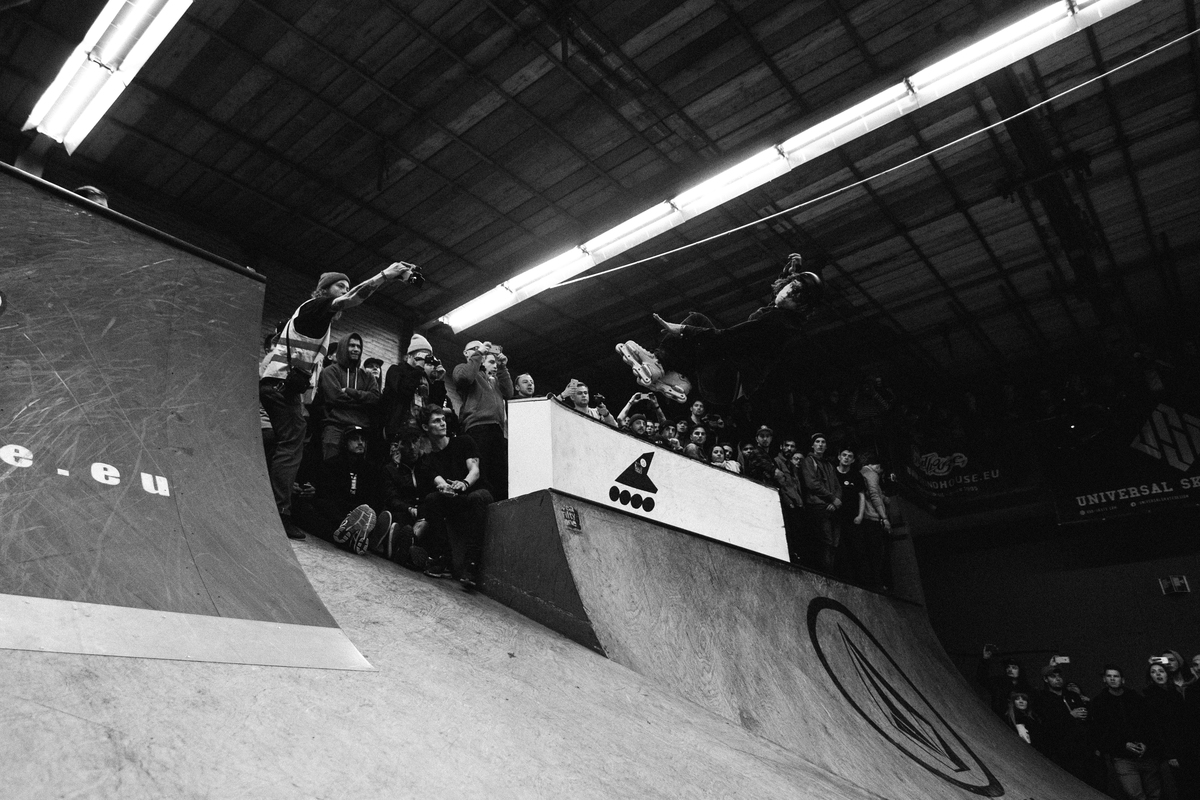 It’d not be possible to leave out Joe Atkinson, who may as well have had a cape on, soaring a bio 540 from the bowl, up over the barrier and into a tiny quarter. I should probably mention this was a totally blind landing and I still can’t comprehend how he landed this. He won best trick with this and rightfully so. Montre was mostly goofing about during the warm ups but at a certain point before the finals kicked off, he suddenly turned the lever on fully, firstly destroyed the rainbow box and then everything else in his sight. I’m surprised he didn’t place higher but the standard was so fantastic it must have been virtually impossible to judge. Sizemore, who came in fourth nailed a tru soul 270 royale transfer from the drop ledge to rail for his final trick, no mean feat. 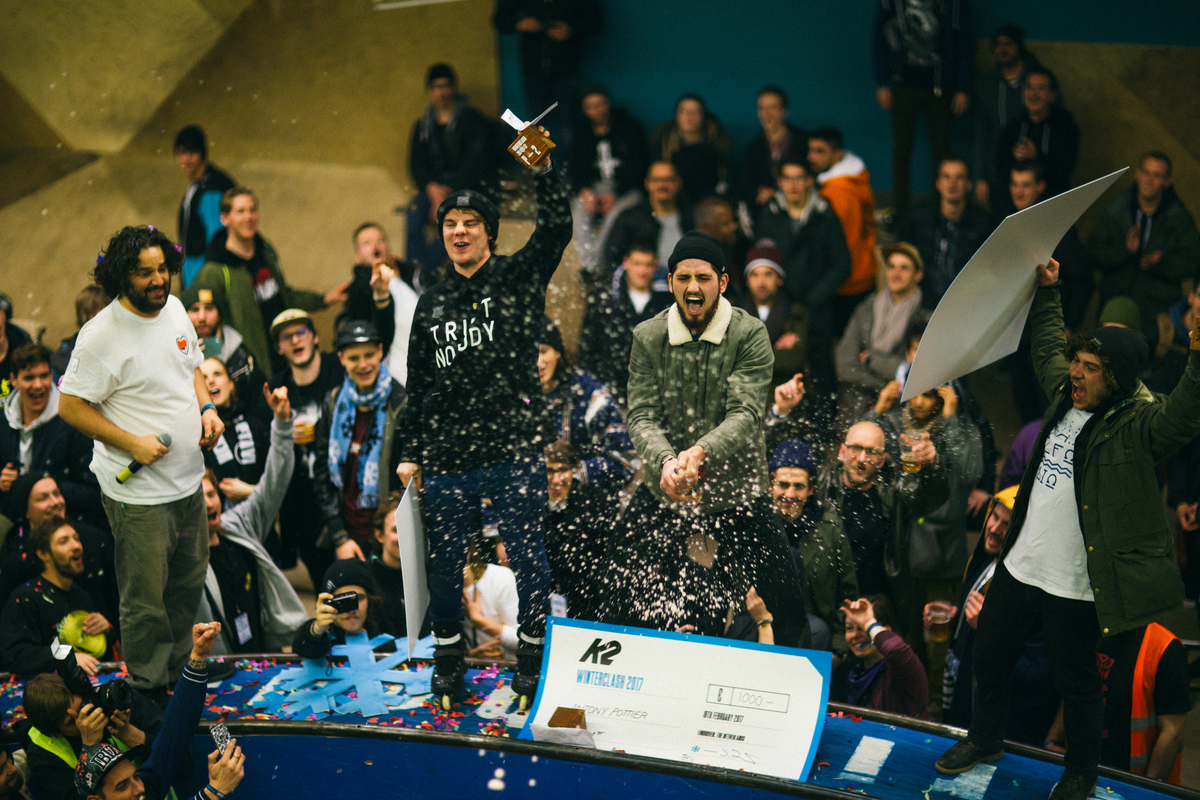 The top three were slightly out ahead, combining high difficulty with speed and also covering as much of the park as possible. Dominik Wagner went huge with airs, fast with grinds and burly with his last wall stall to 180 drop. In second, Polish legend Tomek Przybylik was essentially flawless in his executions…Zajebiste! The winner this year, Anthony Pottier, coming off the back of his Blading Cup victory, may have took the win with a jaw dropping soul stall on a tiny barrier rail about 12ft out of the main quater pipe, immediately followed by a fishbrain on the rainbow. If it wasn’t that that did it, it was the fish on the same barrier that sealed the deal. So much great skating went down over the course of the two days you would need a second set of eyes to try to see it all and even then, it’d be a challenge.
​​
As the energy dissipated, everyone gathered on the course, chatting, enjoying beers and waiting for the results. Just as quickly as it had begun, it was now to end. Bladers from all over the world converged on downtown Eindhoven for one last hurrah before setting off in their respective ways. Some back home, others onwards, the endless road stretching out before them, toes pointed towards spring and summer possibilities. ​ 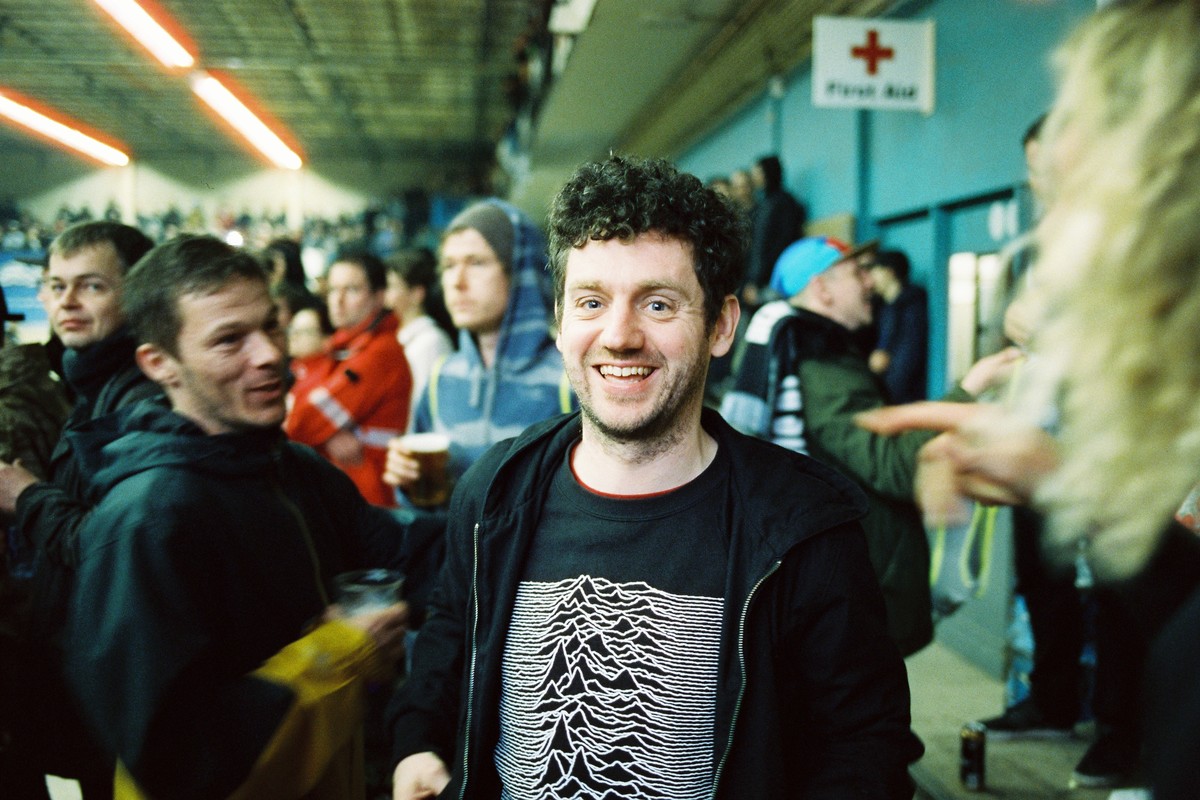 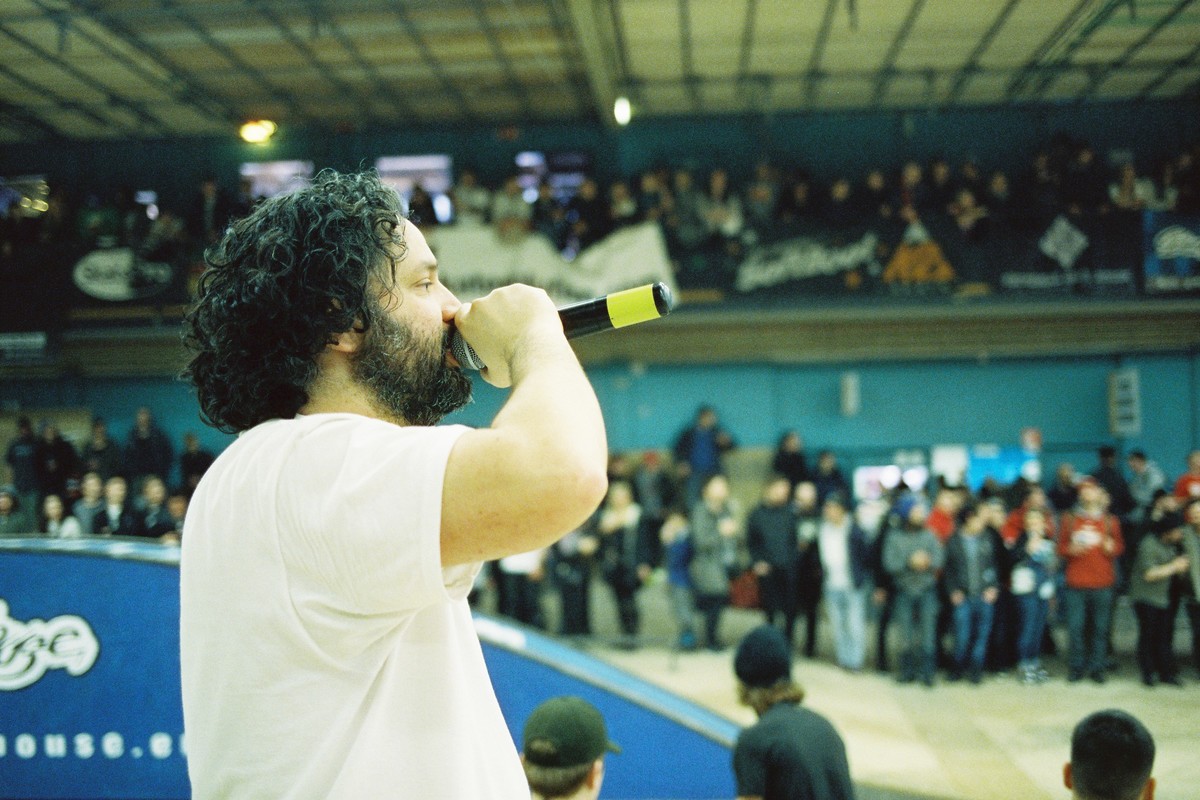 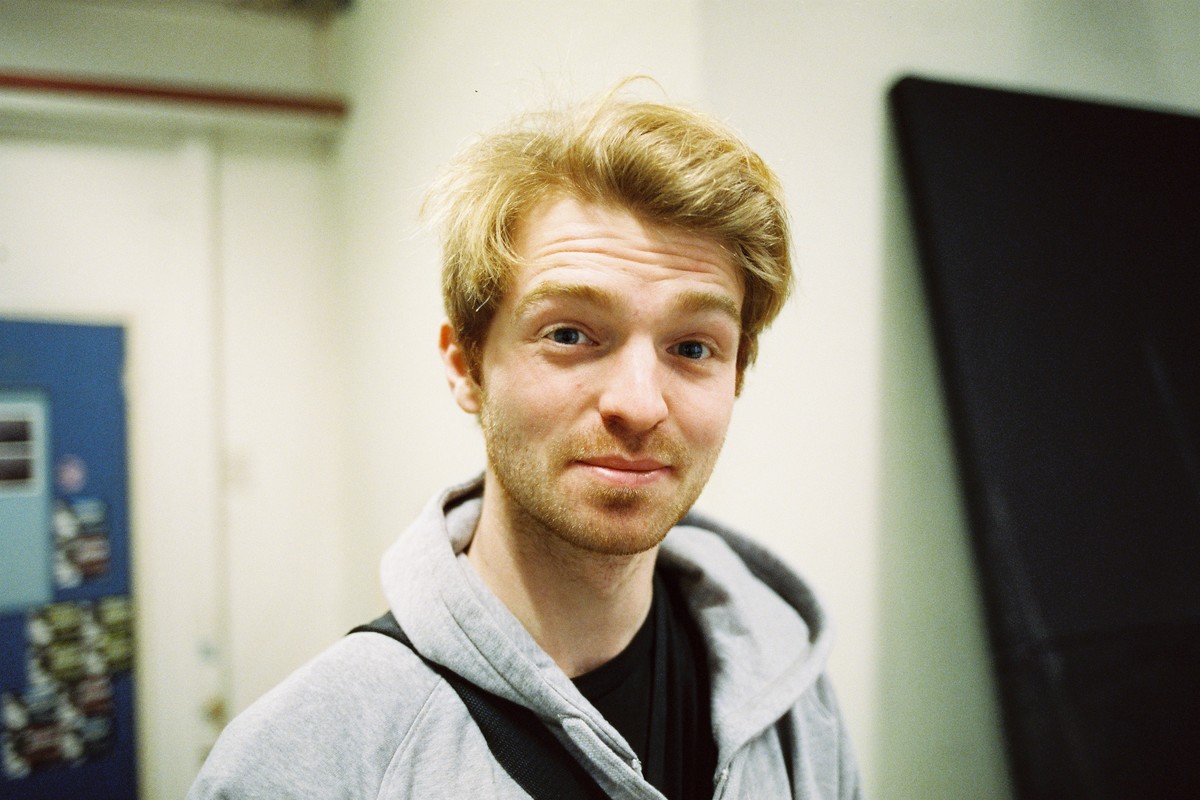 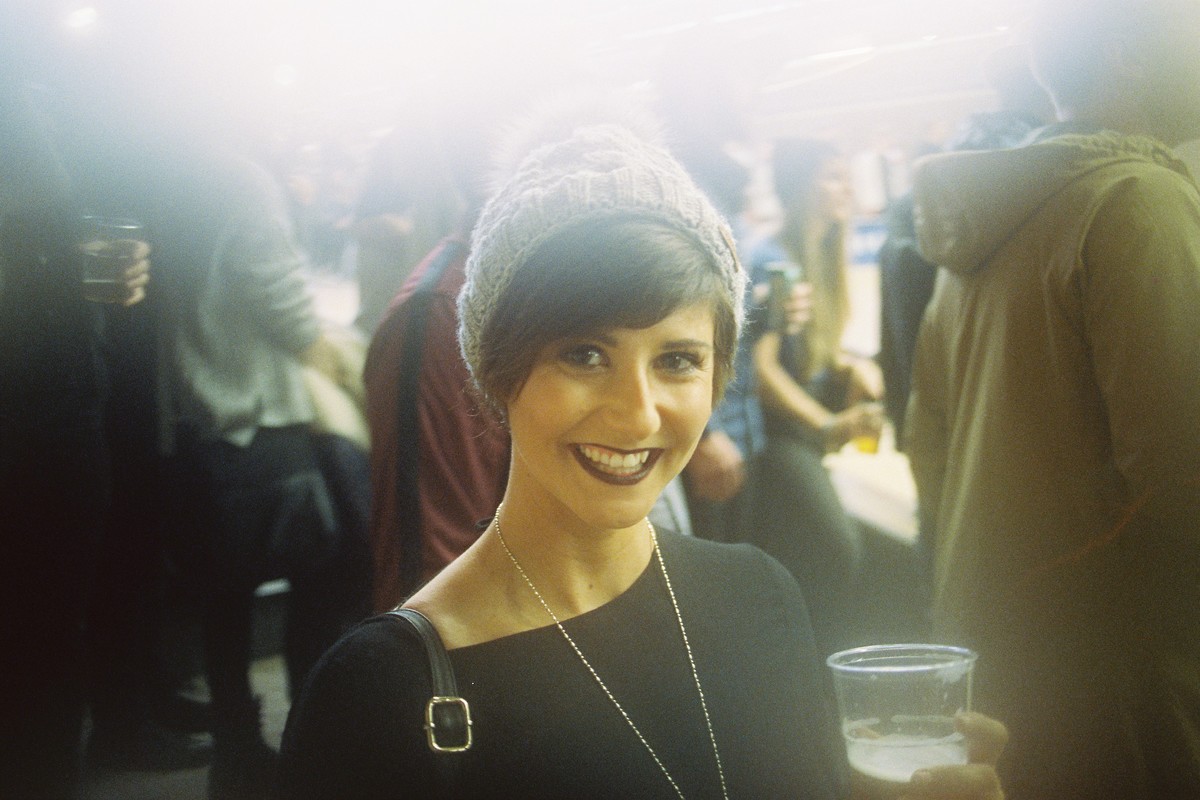 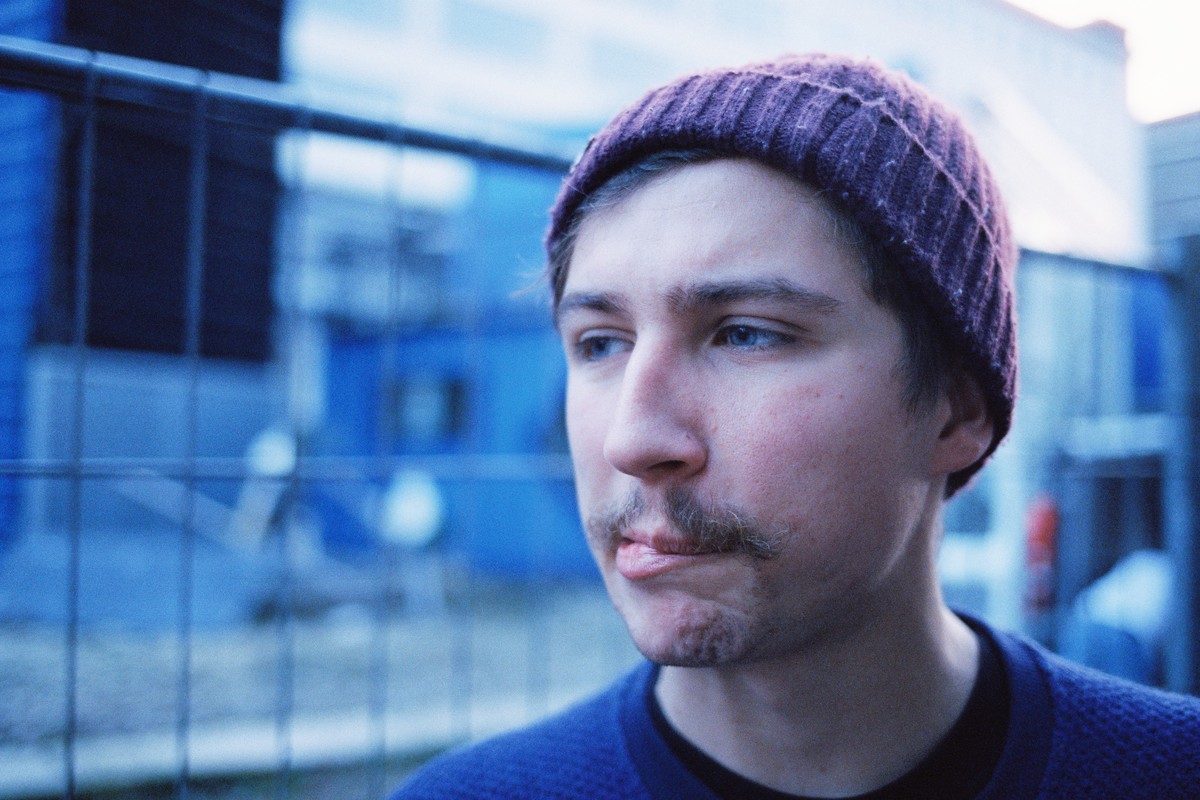 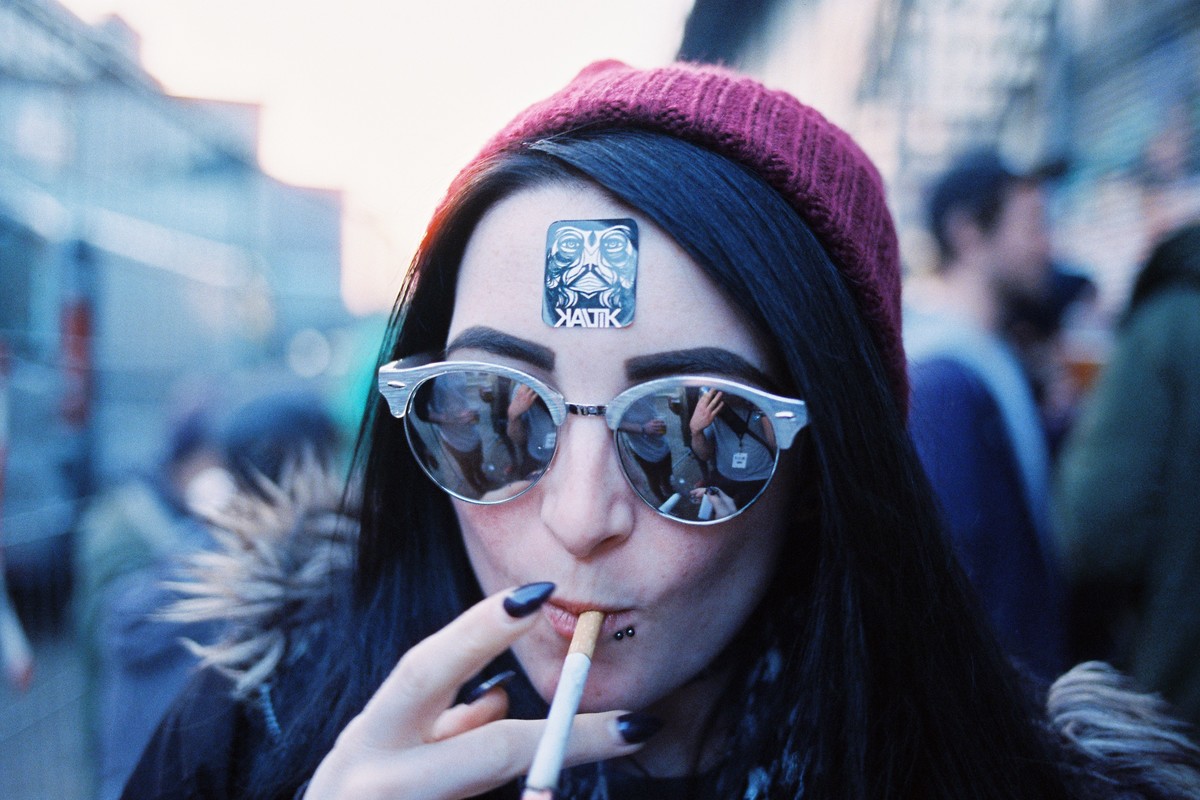 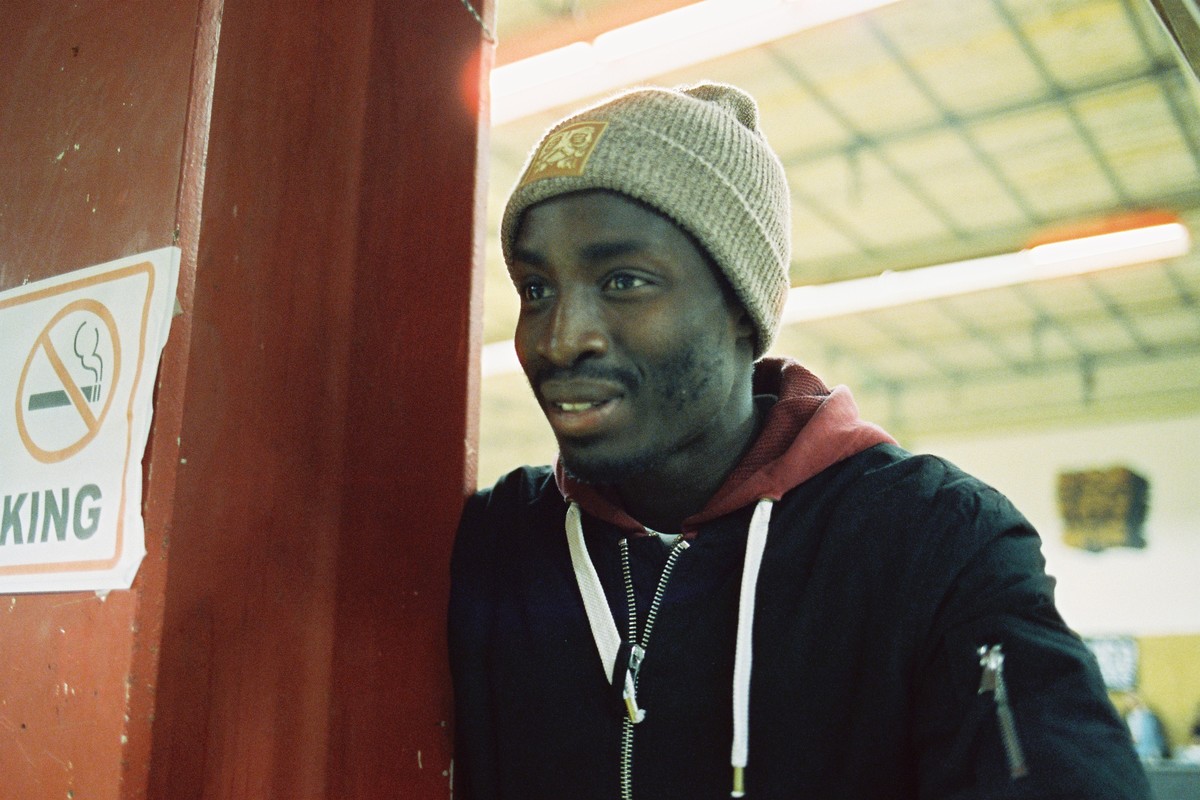 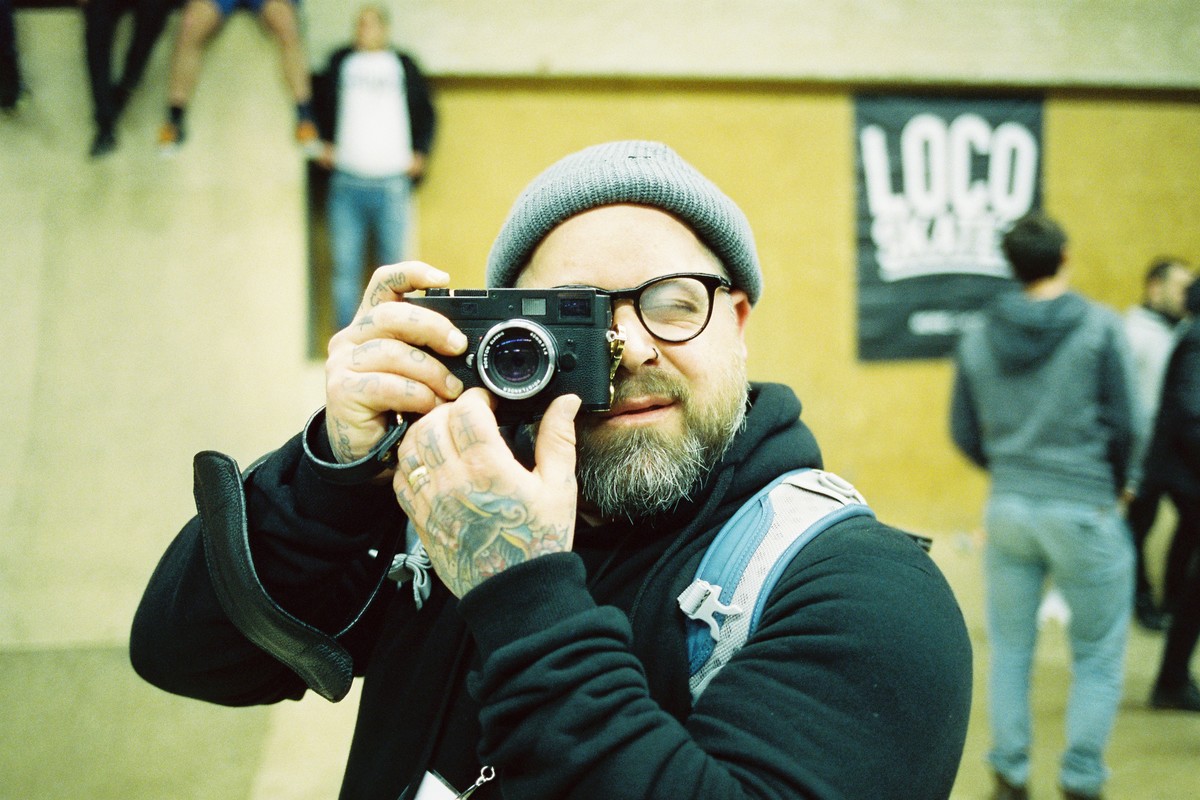 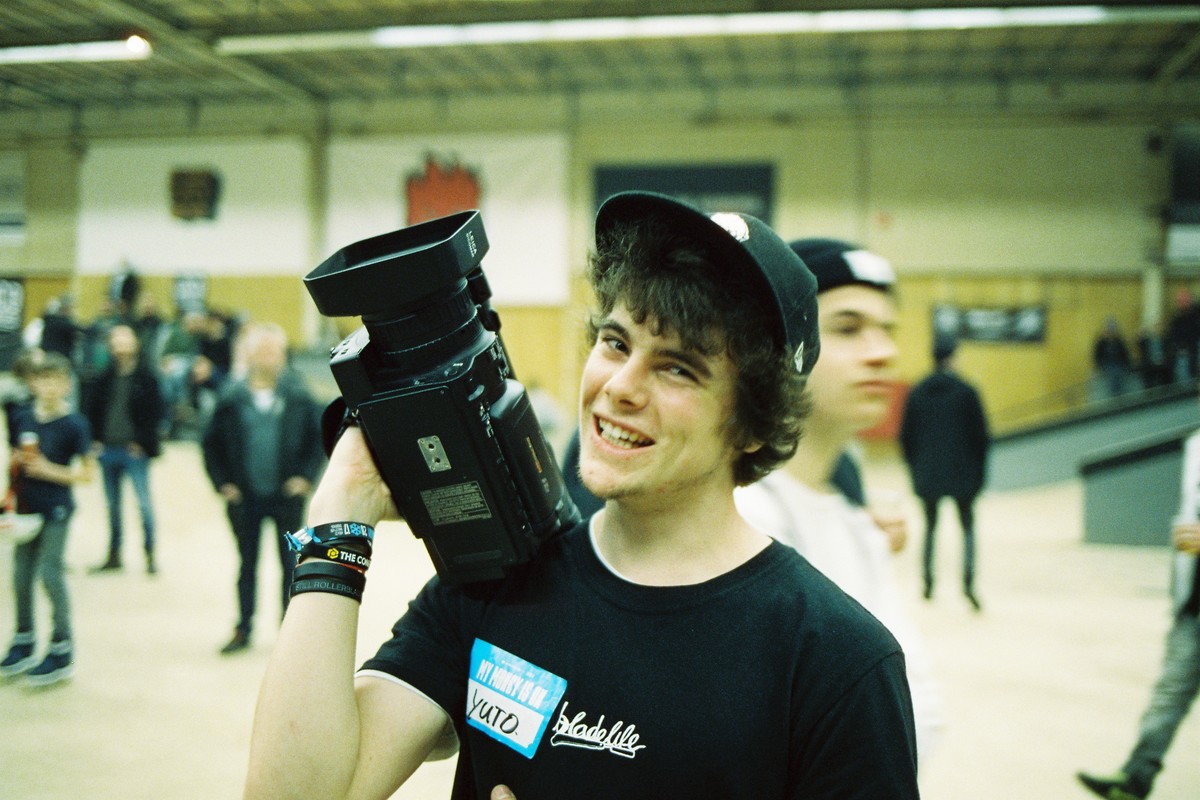 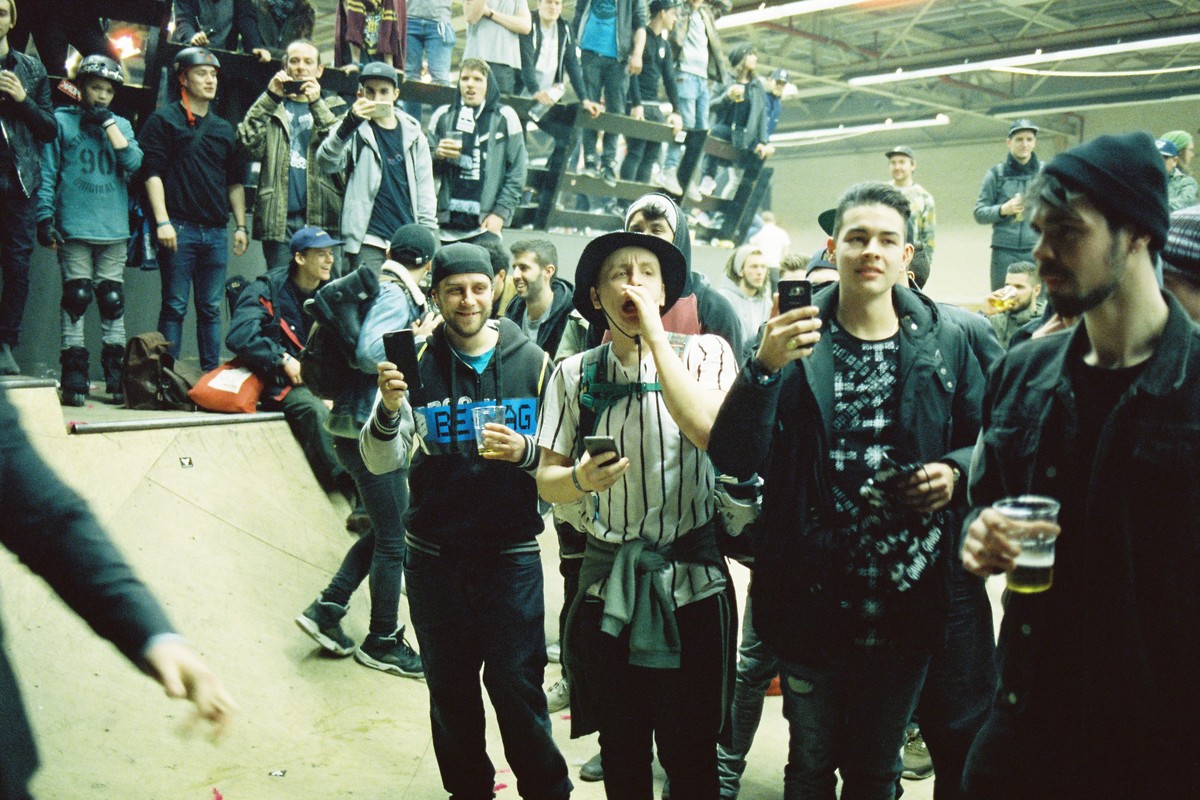 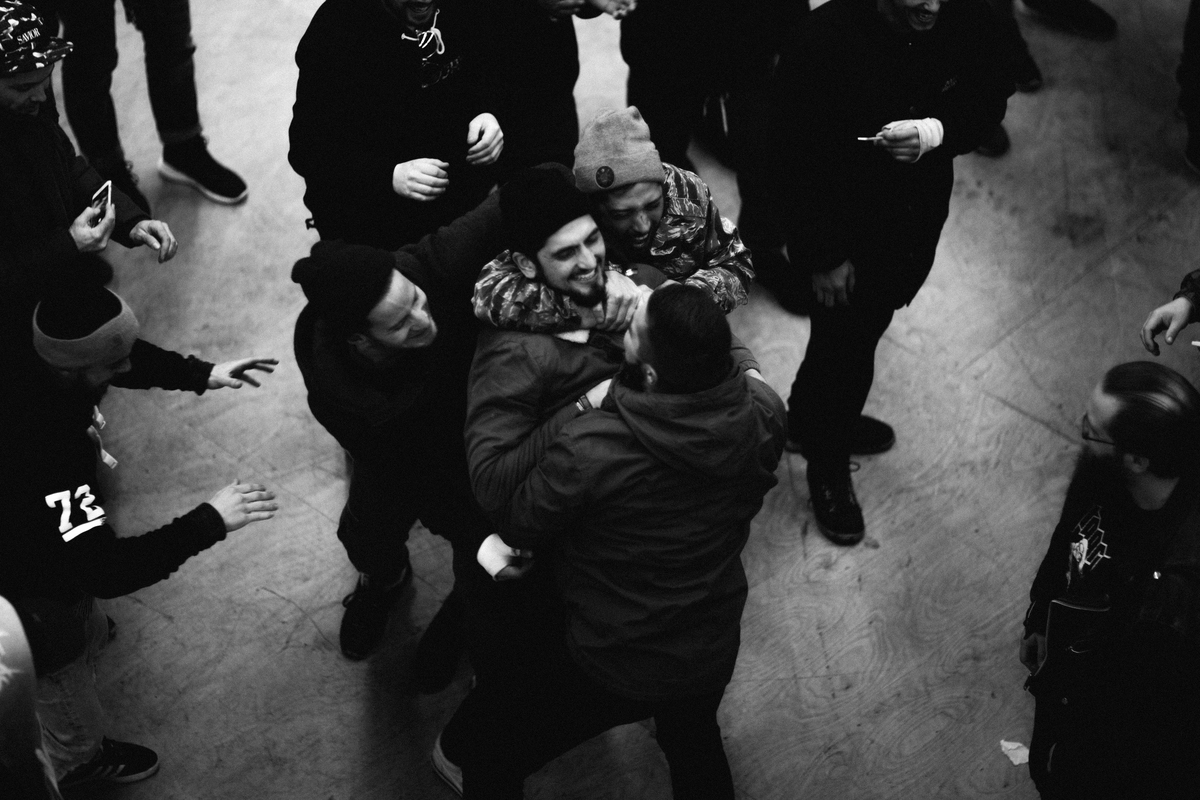 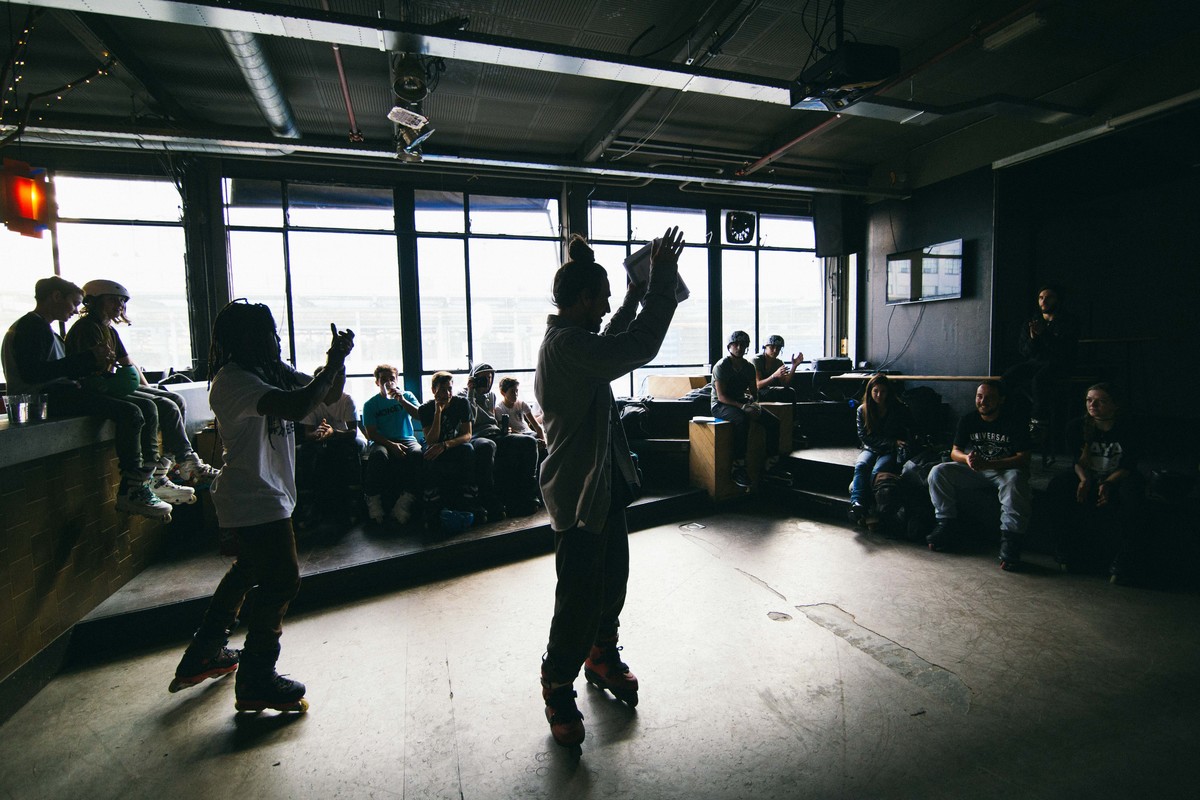 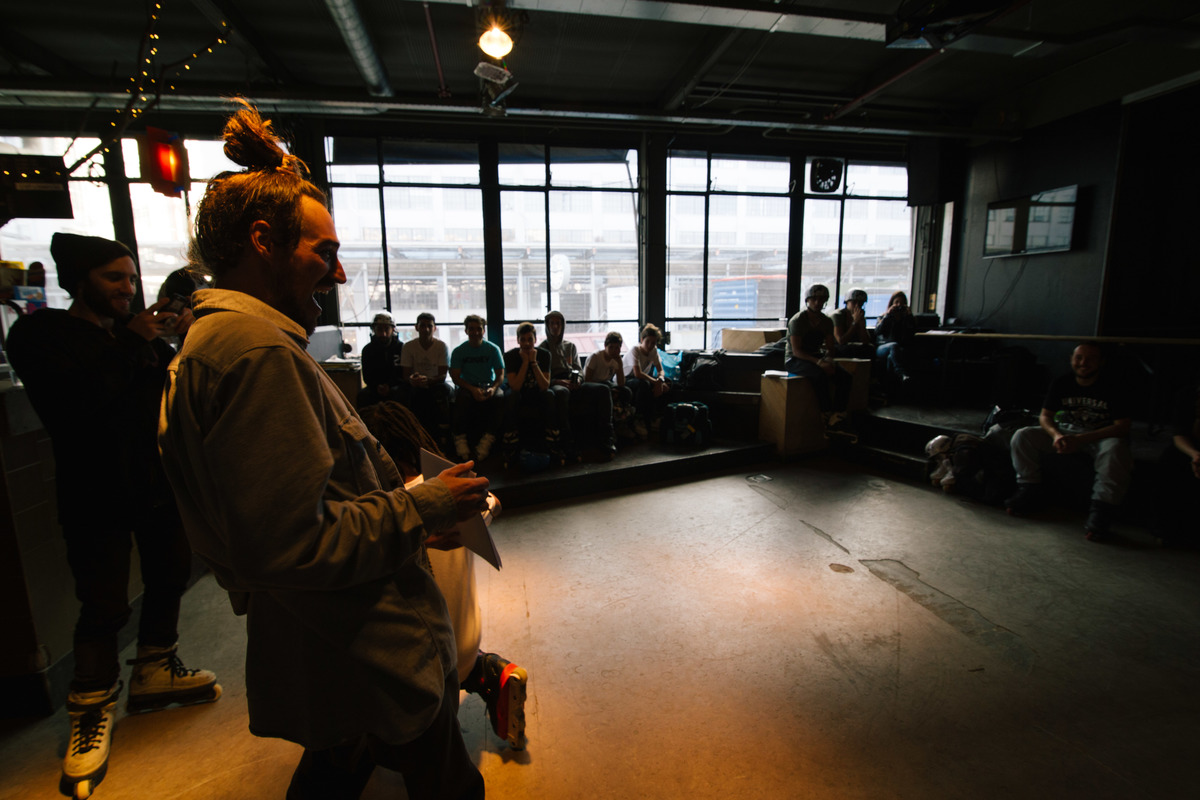 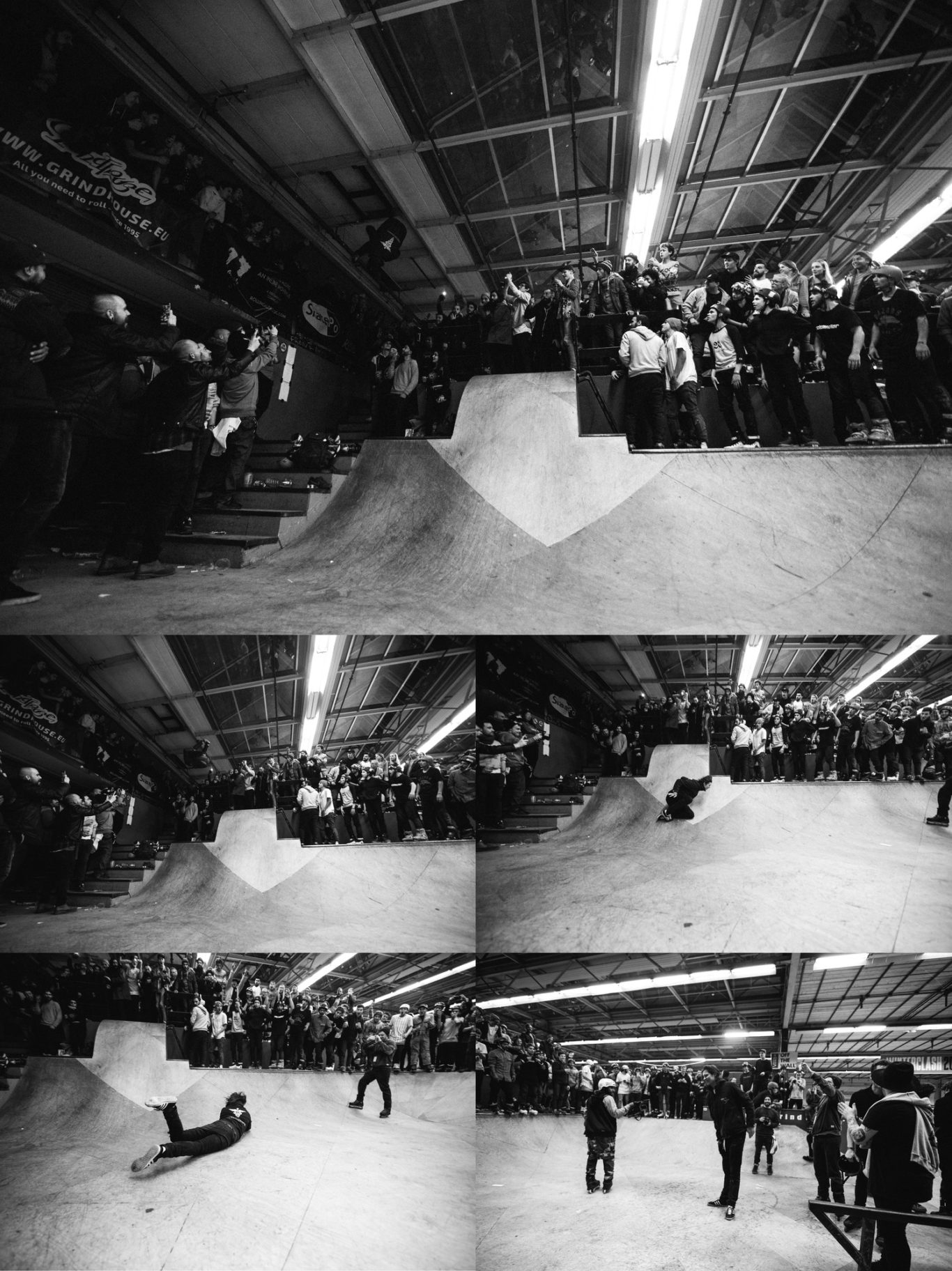 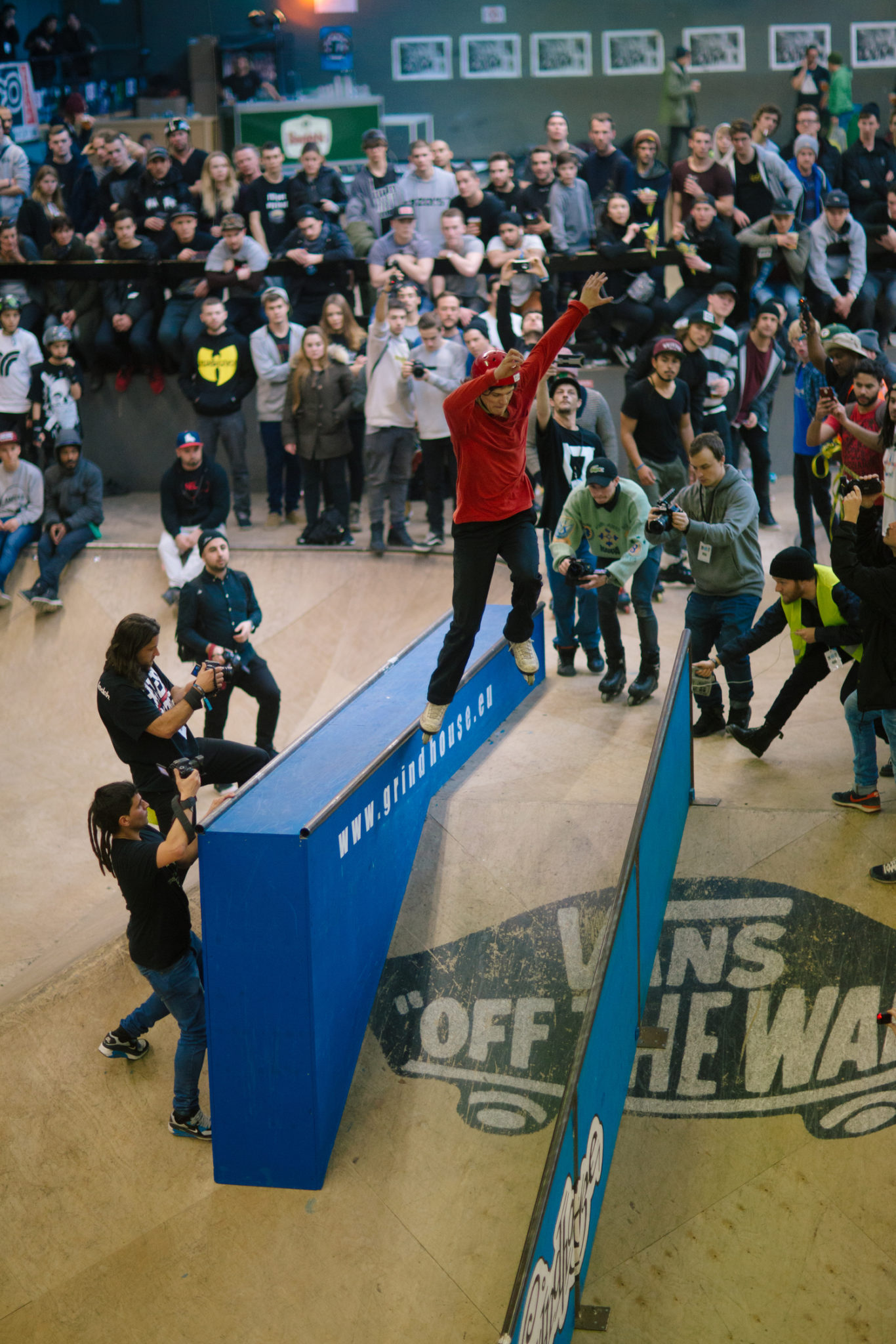 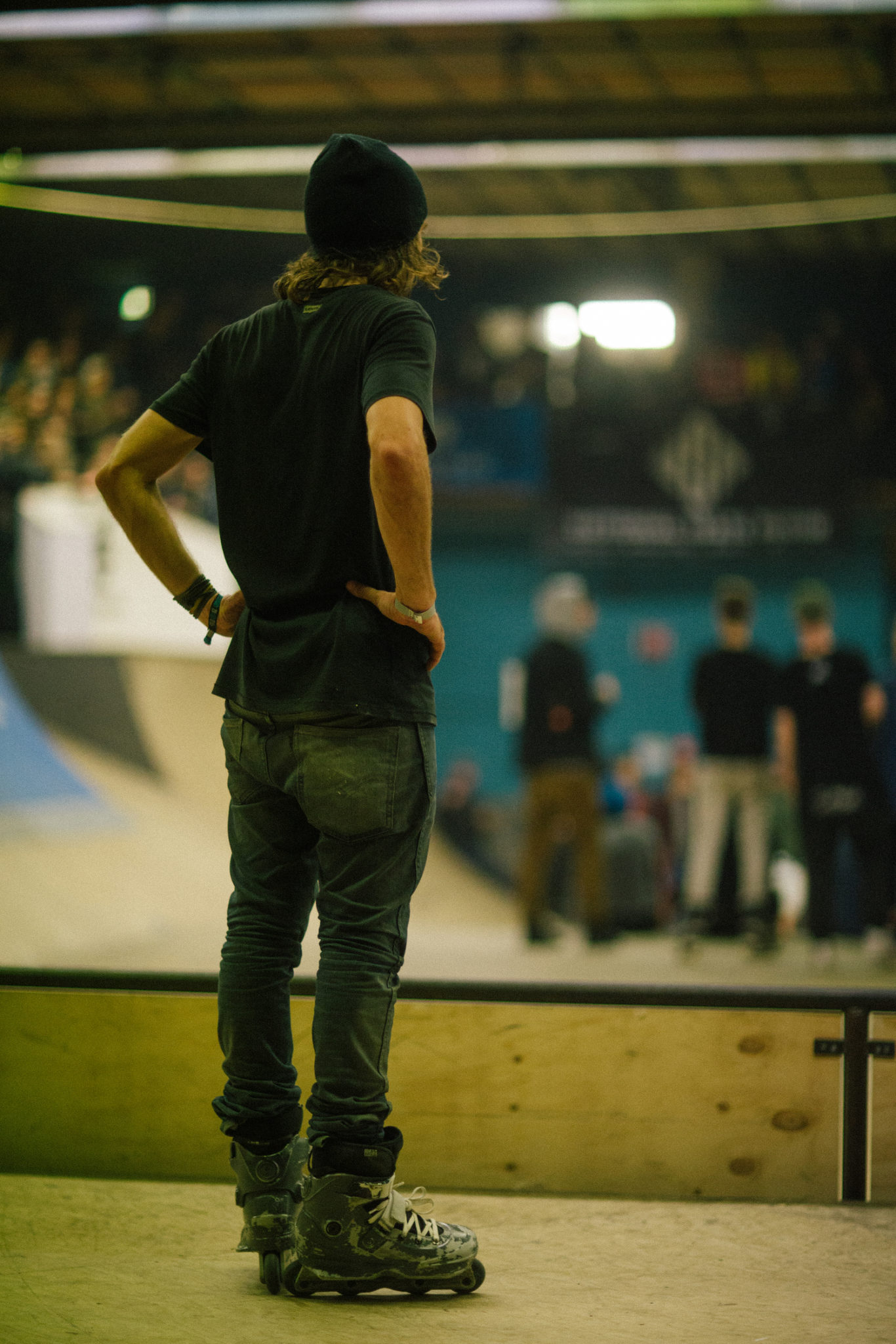 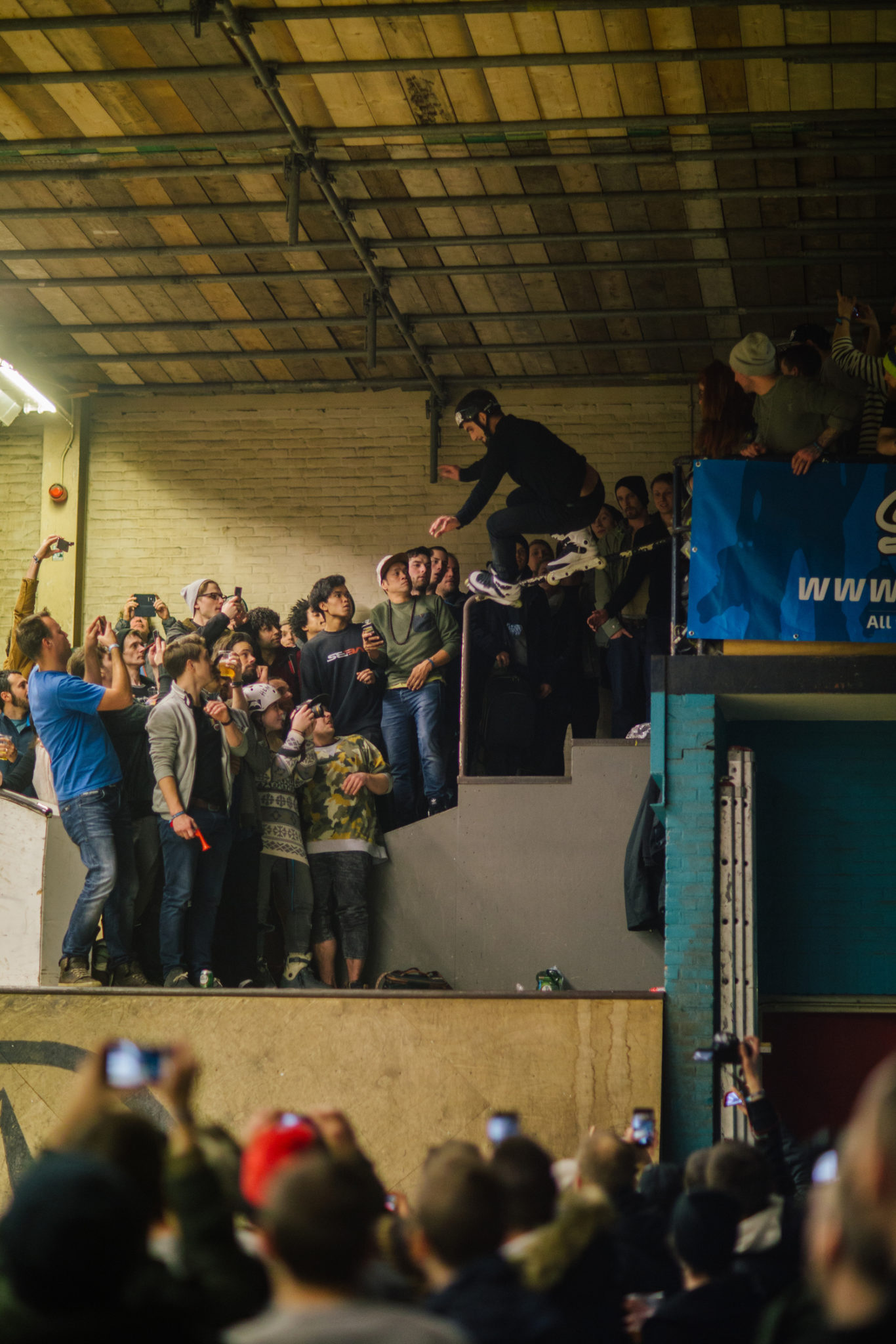 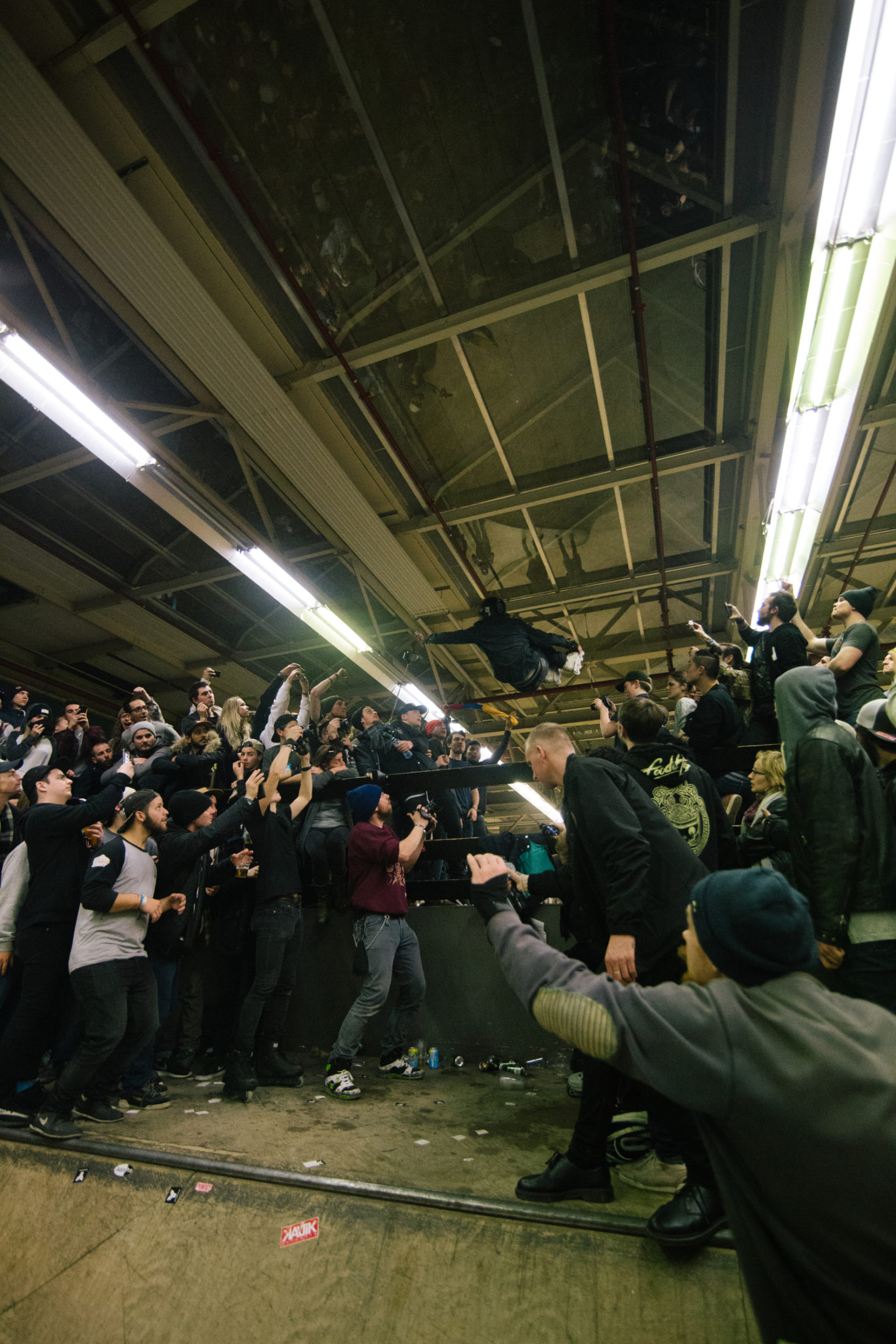 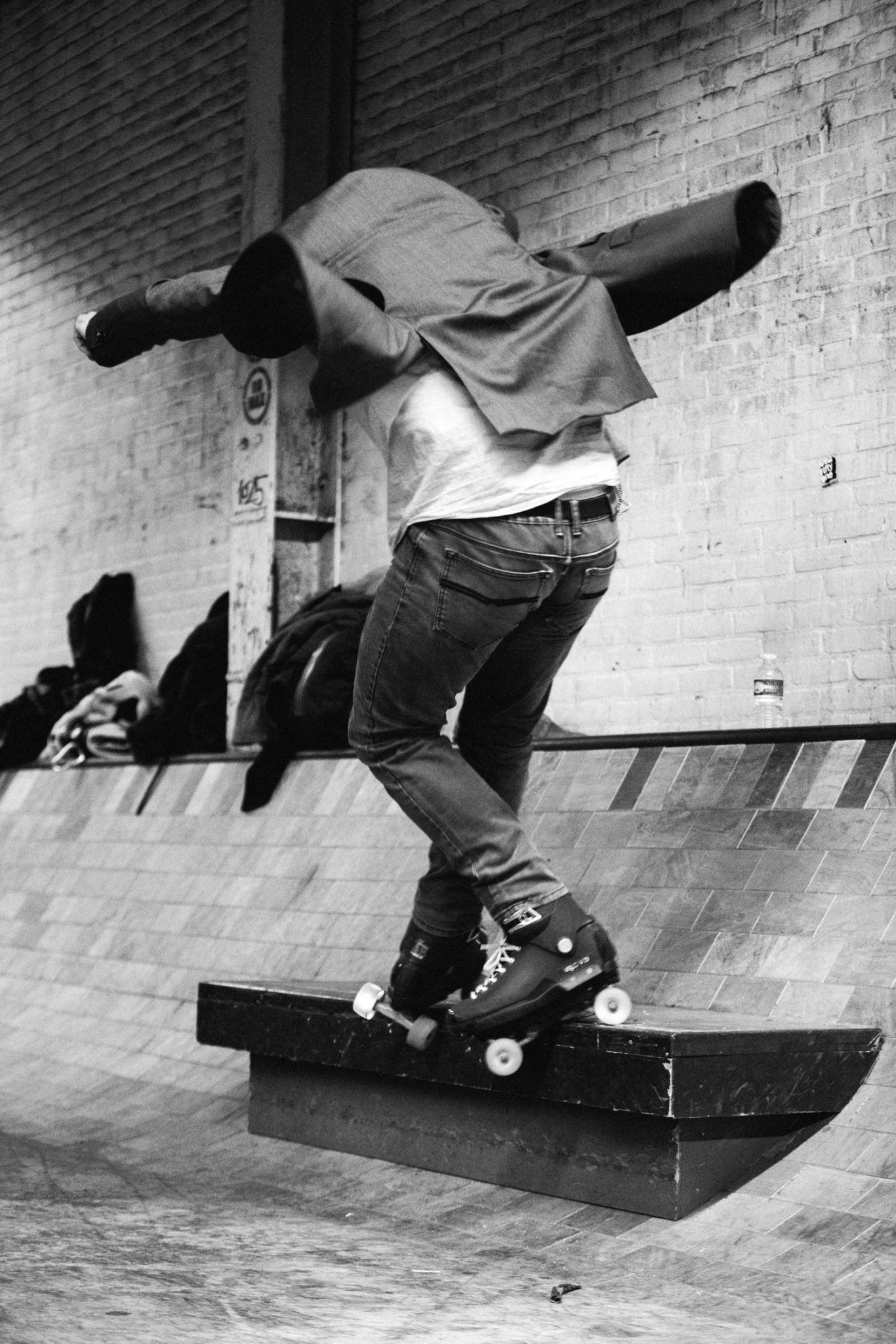 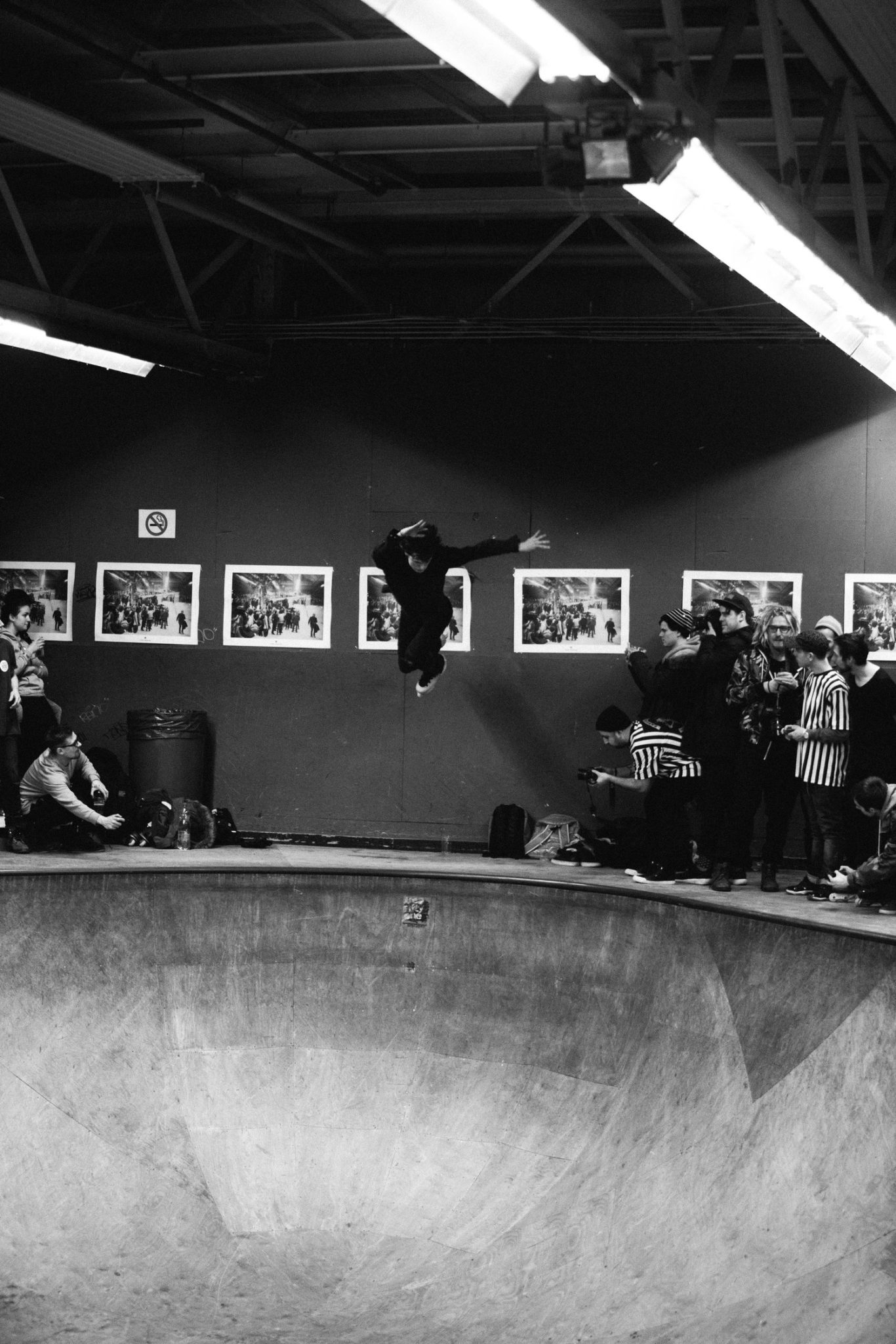 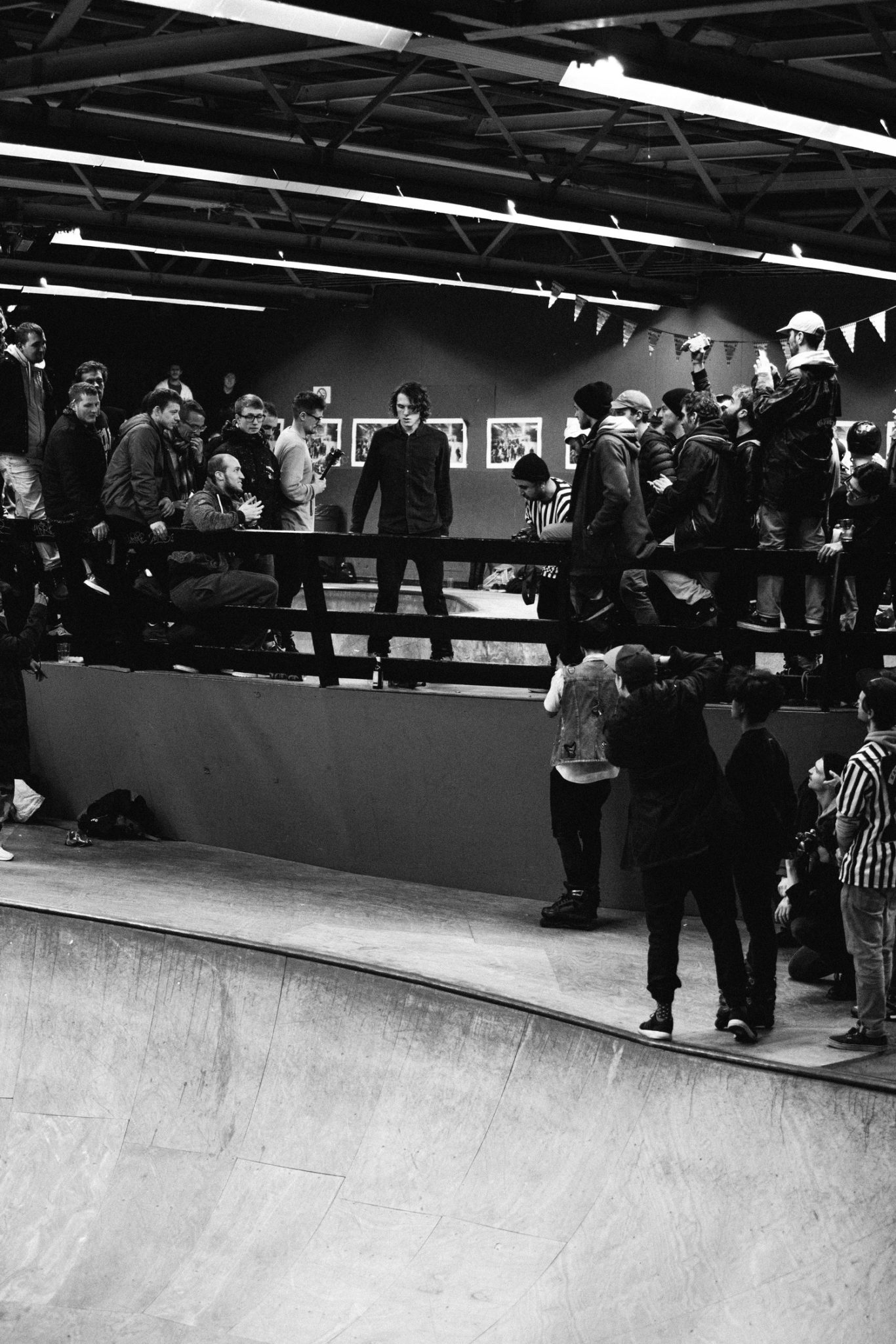