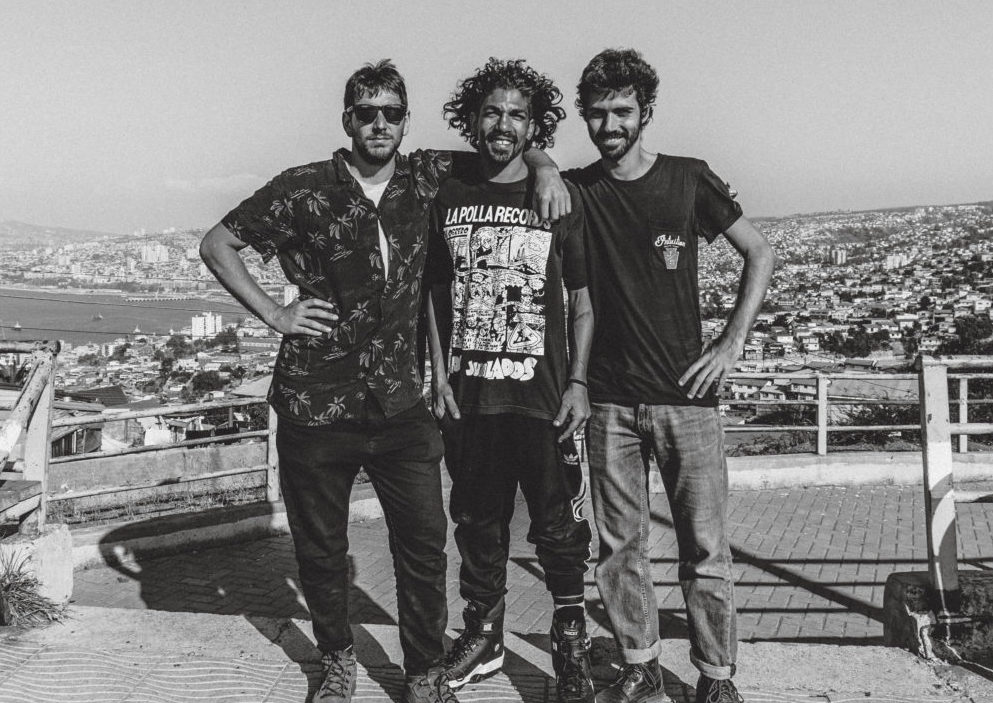 In terms of pure style, progression and no-nonsense gnarly rollerblading in Europe, there are only a handful of crews that really made a mark in the past decade. One of the best, if not THE best, is Balas Perdidas. Teles Angel, Adria Saa and Marc Moreno have been making videos and clothing for years now, and honestly, there has never been a bad video or an un-cool t-shirt or an item of clothing I didn’t want to own or watch. So being the fan boy that I am, you can imagine my excitement when I saw that all of a sudden, they were coming out with a new, 15 minute video. And it’s just after Marc’s section for Vibralux, named Revolta was out, and a bit before it the incredible Barcelona 92 by Adria Saa on Balas Perdidas.

Zarpado was shot in South America, and the skating is truly a hommage to the grit and beauty of the continent. As soon as I watched it, I reached to Marc to give you a short overview of the project before you dive into Zarpado. 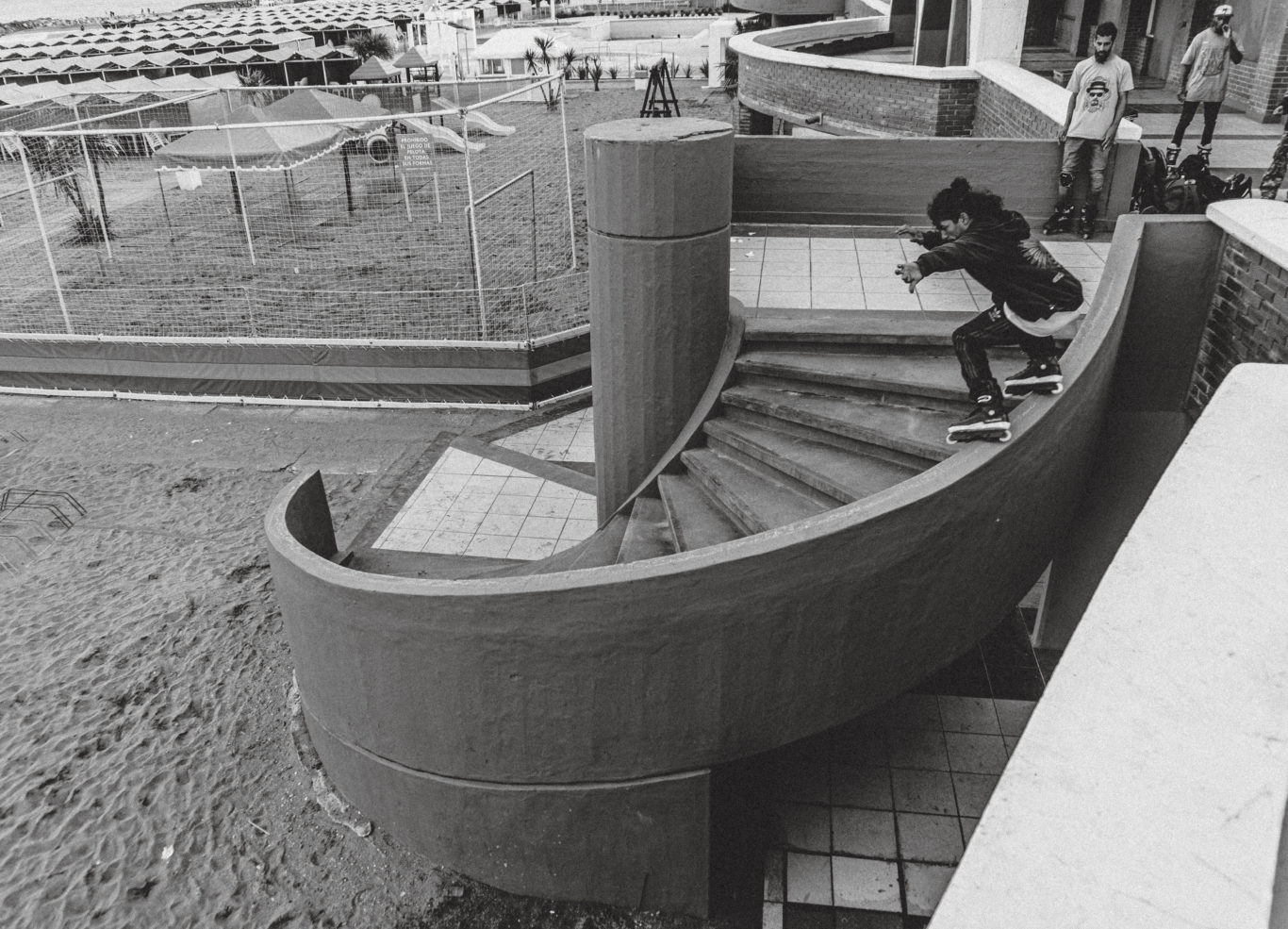 First off, loved the video, the filming and the clean editing. But let’s go back a bit, this is a project nobody knew about and it just started popping up on people’s social media feeds. How come there were no earlier announcements and how did you guys decide to travel to South America for this trip?

We all three Teles, Adri and myself been very busy since we came back from South America, with full-time jobs, coming back from work none of us has the energy to produce content or think about a strategy to promote it. The free time we have, we use it for other things or to edit the project itself. I might be bad at organizing but we just didn’t really want to promote before having anything, since we didn’t really know how this project was gonna turn like. It was since a month ago now, that Teles started processing the photos and the timeline was turning into something more consistent. At that time, we realized there was so much stuff coming out that we kind of had to plan a release in a time window between other projects from other people.

We had been planing on going to South America for so many years now, but we always ended up putting others destinies in priority. We knew sooner or later we were gonna go. South America and Spain have very stretched bonds between them, specially with Argentina and we knew traveling to a place with common language would make things easier. Also, we have some old friends there that was time to pay a visit.

What countries and cities did you visit and how hard is it to organize a blading trip in SA compared to Europe, i.e. EU?
We did pretty much a coast to coast. Starting in Buenos Aires (Argentina) and finishing in Lima (Perú). We stopped by Mar del Plata, Rosario, Córdoba, Santiago de Chile and Valparaíso. Organizing it was a bit of a headache, since distances in America are so much bigger than in Europe and we didn’t have too much time, but we wanted to cover as much territory as possible. We contacted a friend called Luciano Zurro, some of the people who read this may know him. He pretty much made it very smooth for us to find people to skate in every city we wanted to stop in Argentina. We had to do a lot in a short period of time, furthermore, we had to make it to Lima on time to take a plane to Cusco to meet up with the rest of the crew for Inti. We are extremely thankful to the people who gave us shelter along the trip, it wouldn’t have been possible without them. 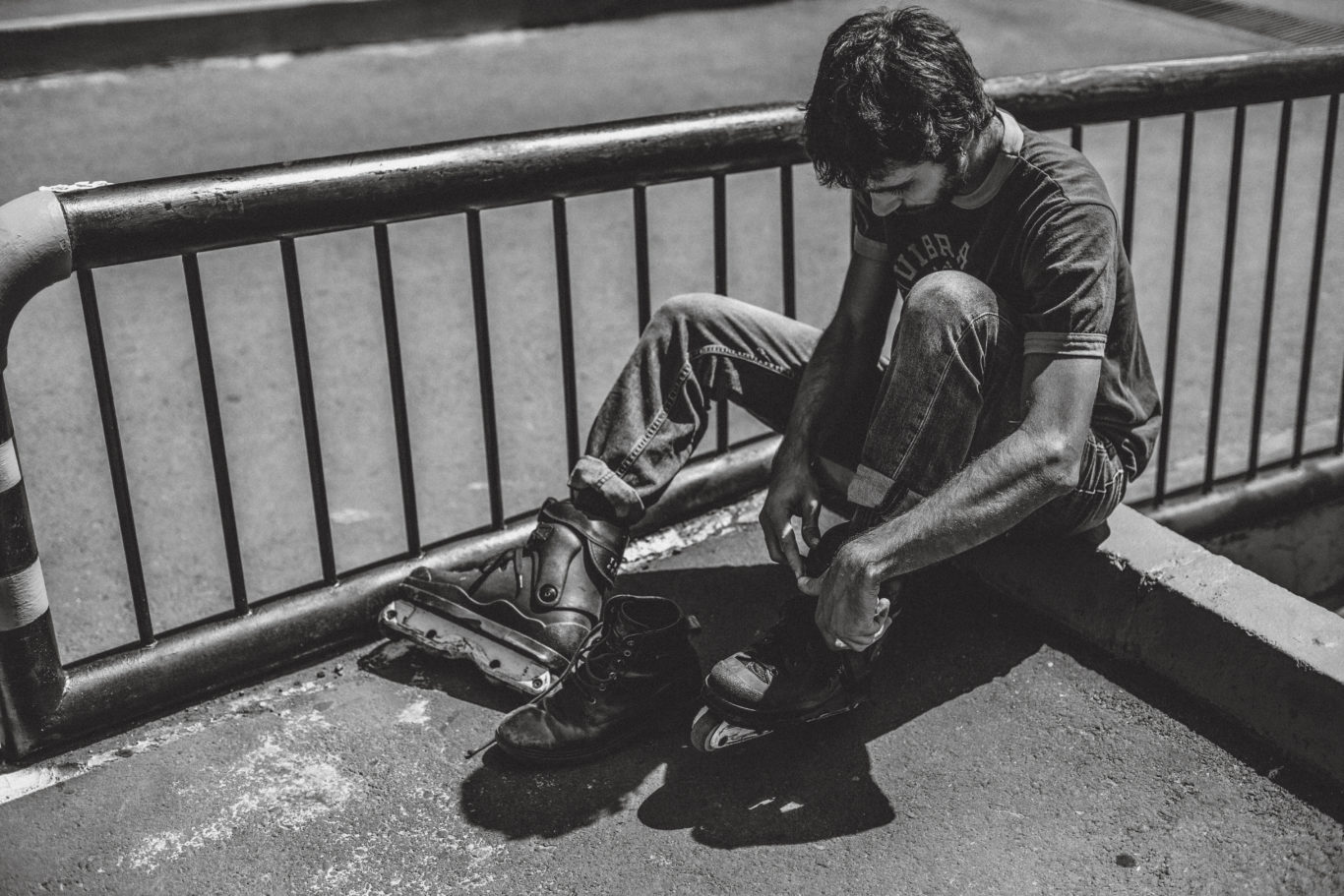 Why the three of you? It’s incredible to see how Teles’s got so much better and how both you and Adriaa still skate at a pro level after being in the game for so long.
We wanted more people to join but for life circumstances, it wasn’t possible. We wish the whole Balas crew would have come…
Yeah, since Teles moved to Barcelona he has been killing it, I guess the more you surround with people skating all the time, the more control he has achieved. I guess he just found so many more spots to develop new ideas. And as far as Adri and me, well, we’ve been skating for a long time now…

This question goes both to you and Adriá. Both your skating has evolved to just be more focused and clean, how do you both approach skating, you seem to incorporate little details from new skating styles in your trick vocabulary, but still maintaining it yours?
I personally grew up watching a lot of old videos so I guess i have some standards engraved in my brain on how a trick should be done. But at the same time, I love how blading is taking so many different ways now and i find interesting a lot of the things going on at the time right now. Is like all this is bringing more fun to it.

Adria: Between Marc and I we have a lot of variety to offer in just one spot, we aproach spots with different perspectives wich makes our skating richer. We are always juiced to skate new stuff and discover new spots. Skating something unskated is difficult but we find it challenging, it’s fun and addictive. 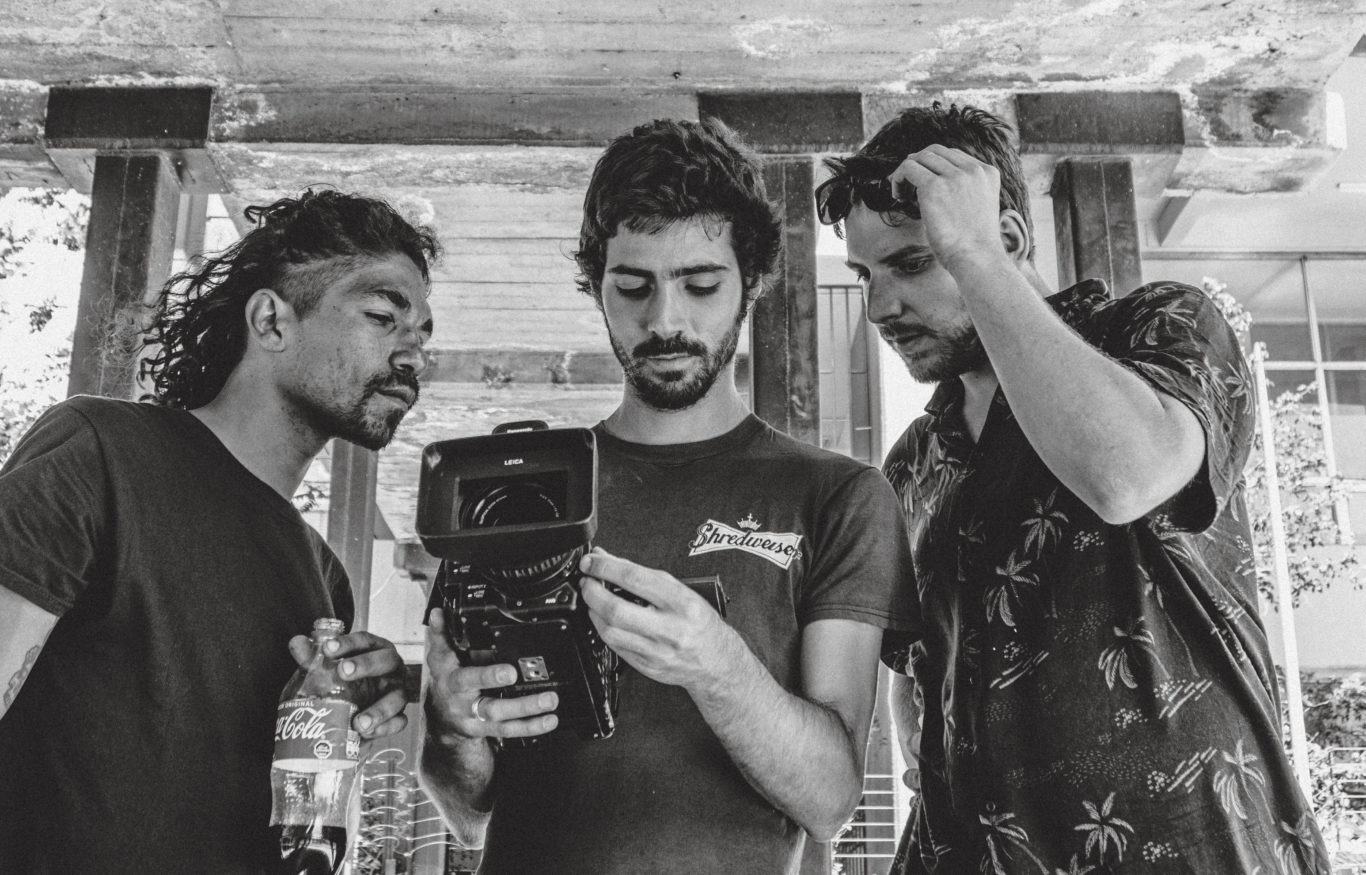 What did you like the most about the trip?
If i had to pick up one thing it would be that for Argentinian people, any excuse is good for an “assadito”.

Was this a trip you took before or after filming for Vibralux Revolta? I also bought it and loved it so much? What do you think is the difference in the presentation of your skating between Revolta and Zarpado? If there is a single trick you could single out from both Teles and Adriaa’s parts, which ones would they be and why?

This trip was after finishing filming for Revolta, my last clip sent to AJ was on August 2018 and we went on this trip on November. I think in Revolta my skating is more classic, because I wanted a part like that. And in Zarpado, i knew i was gonna end up going to Cusco to film for Inti, so i just realized i had to skate different if i wanted to be 100% good for it. I learnt a lot about my skating in that trip and found the fun of just going out and explore a new city.

Buy Zarpado here and check more photos of the trip below. 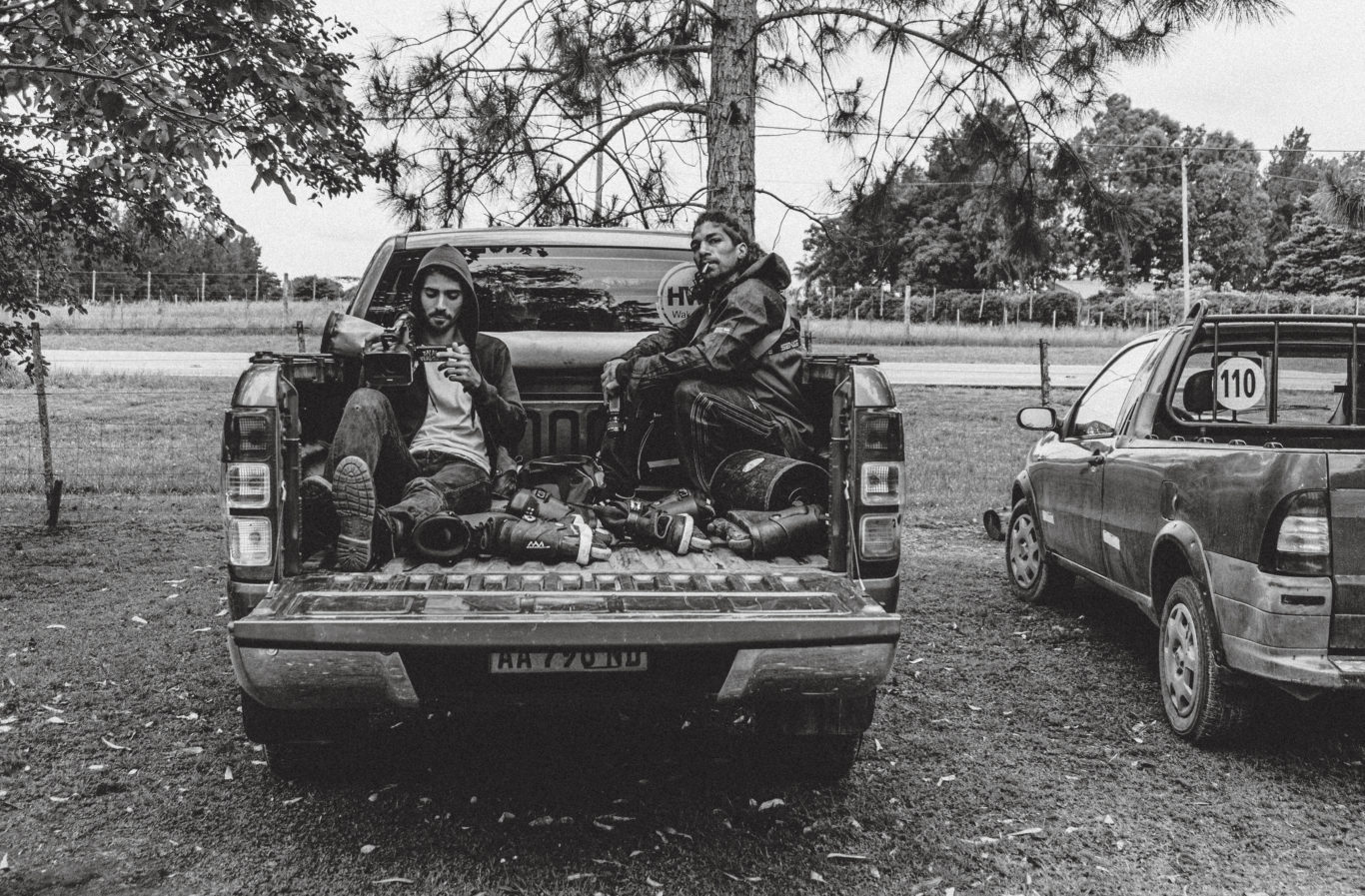 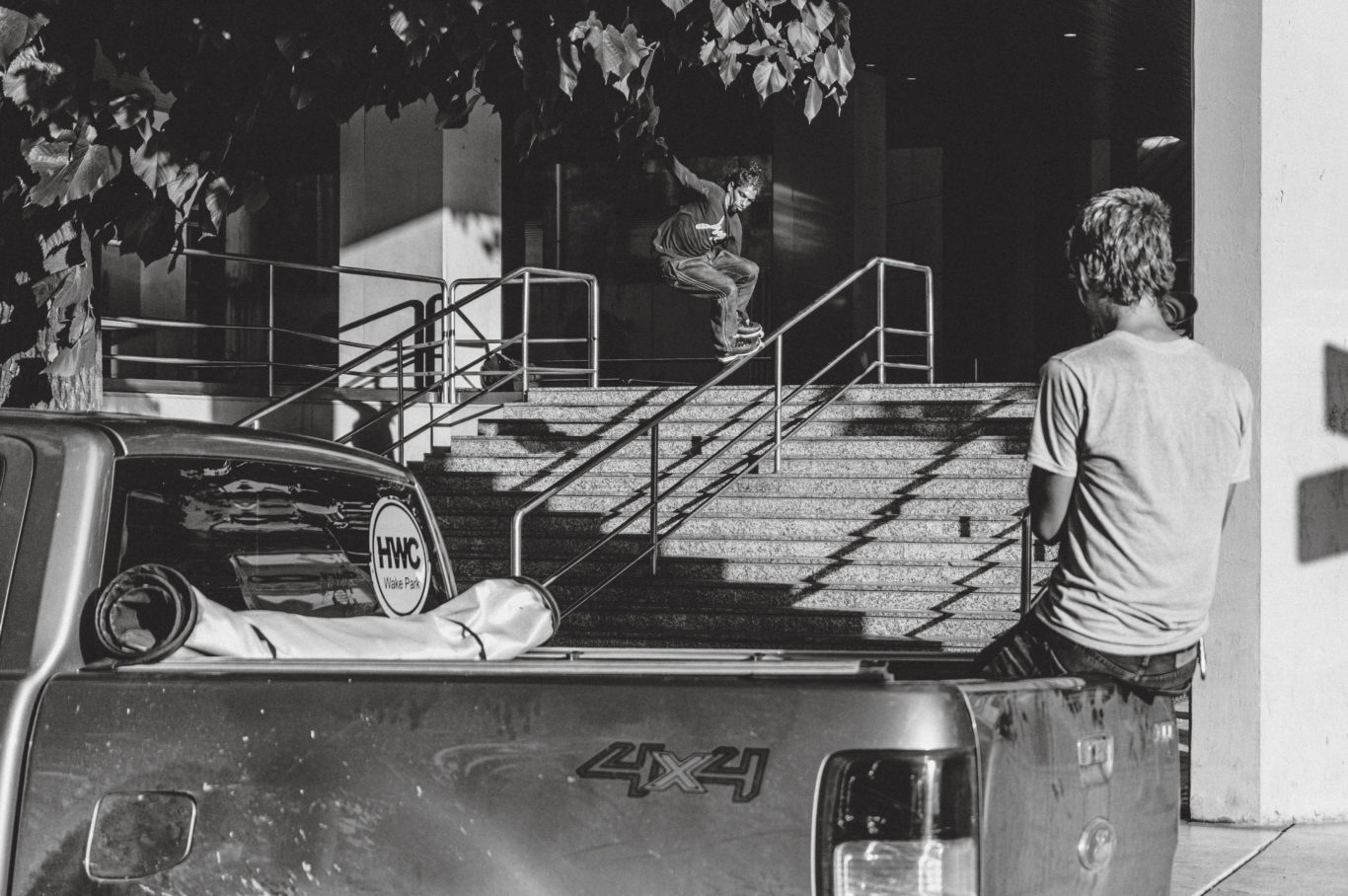 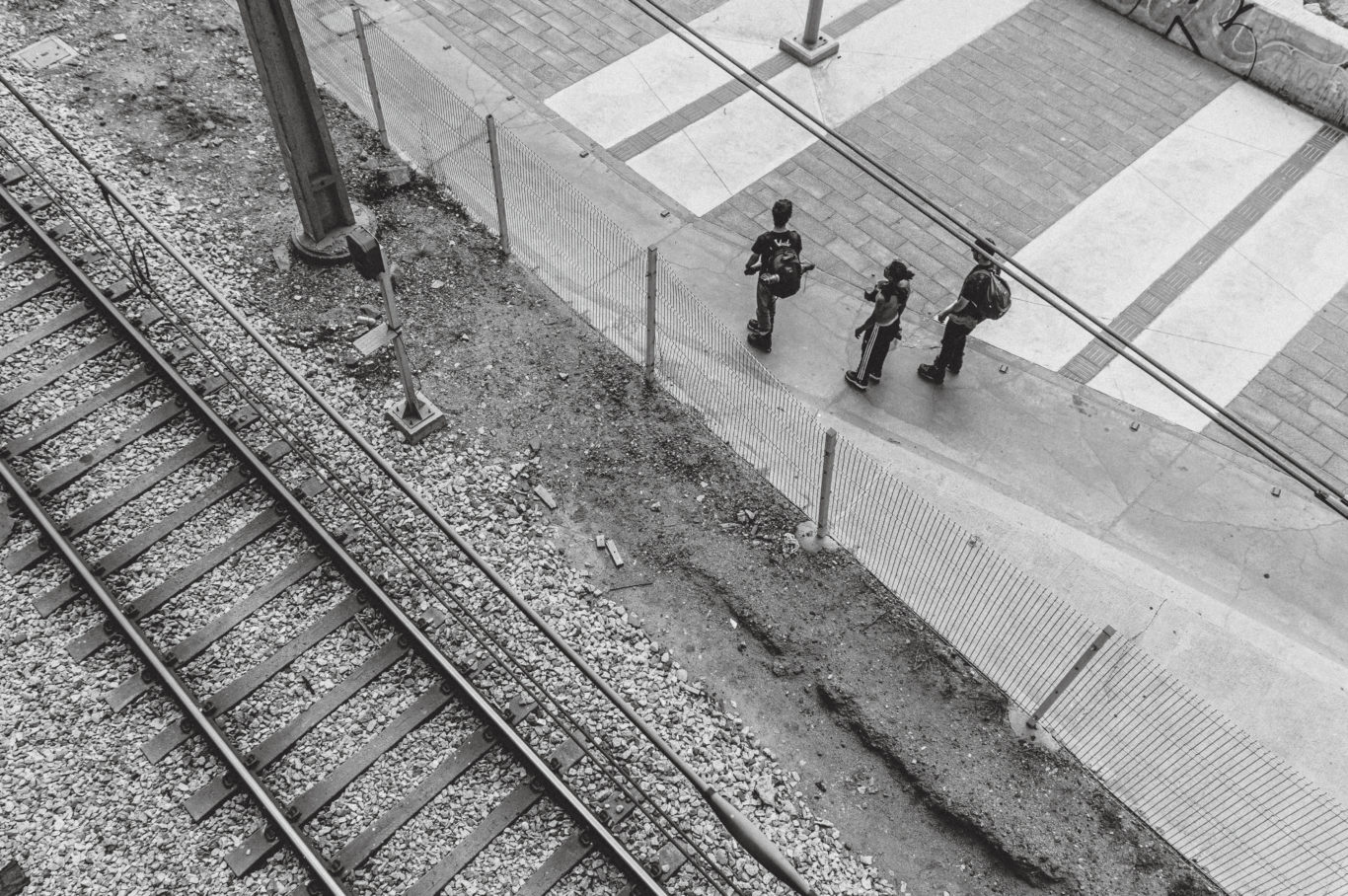 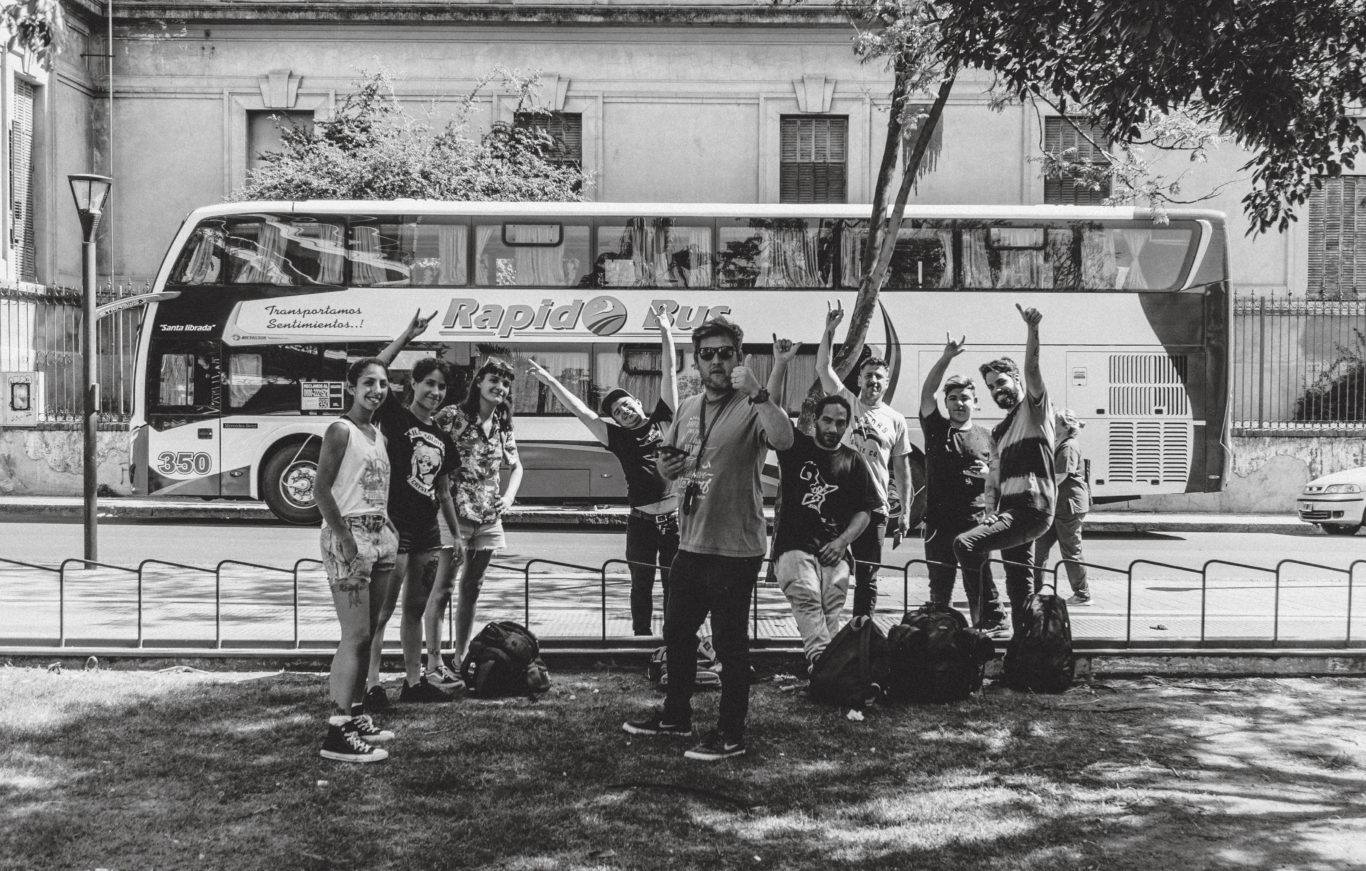 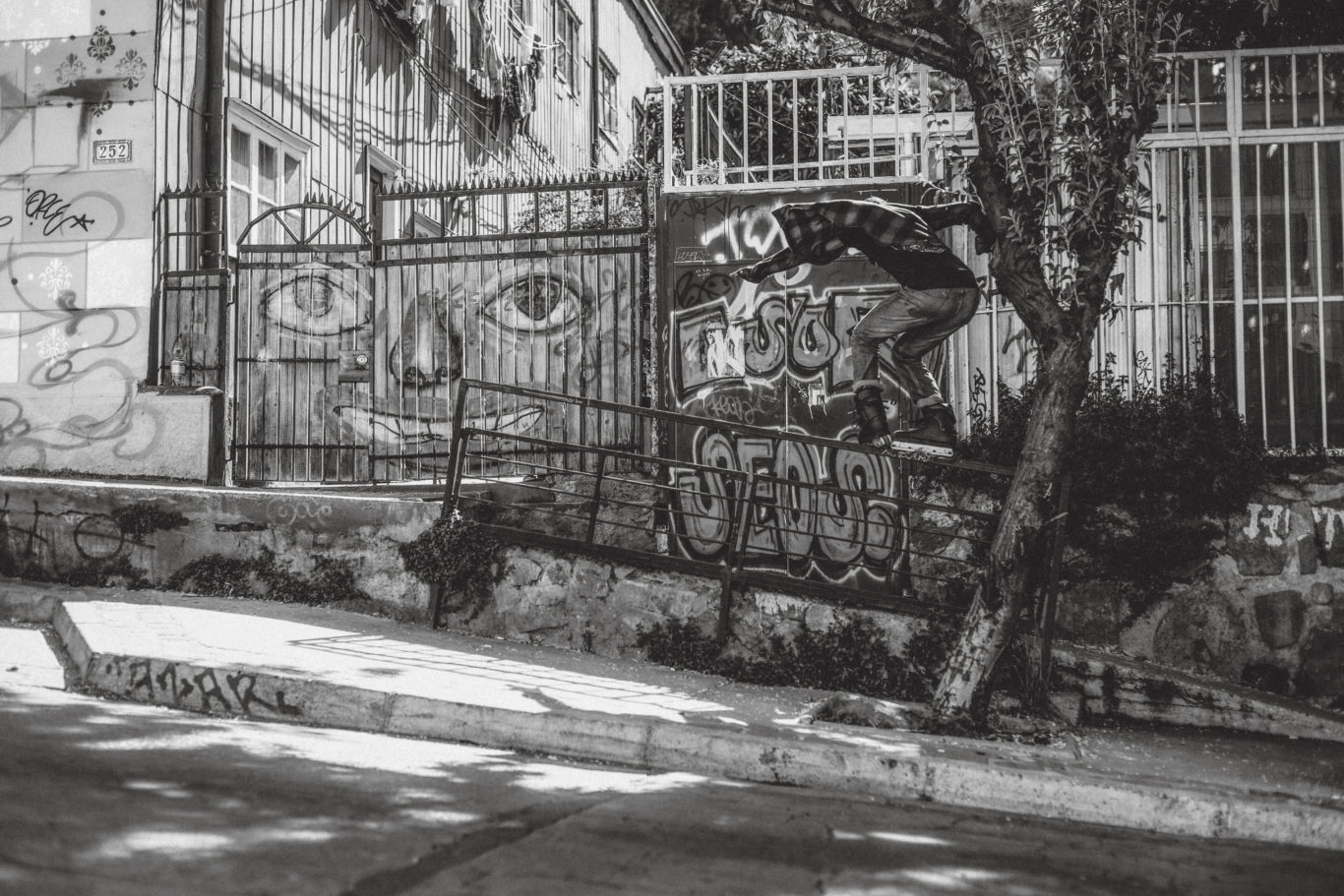 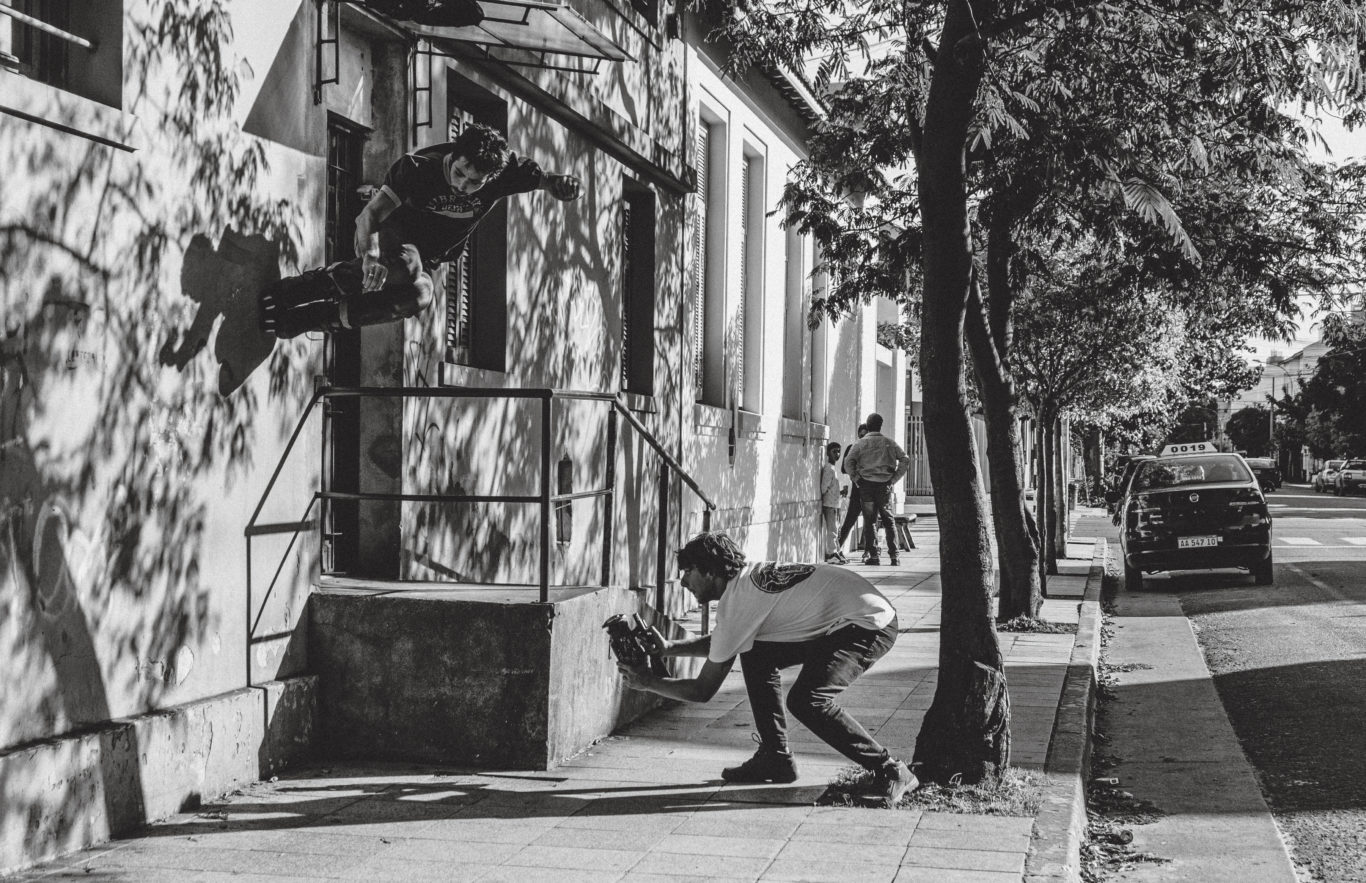 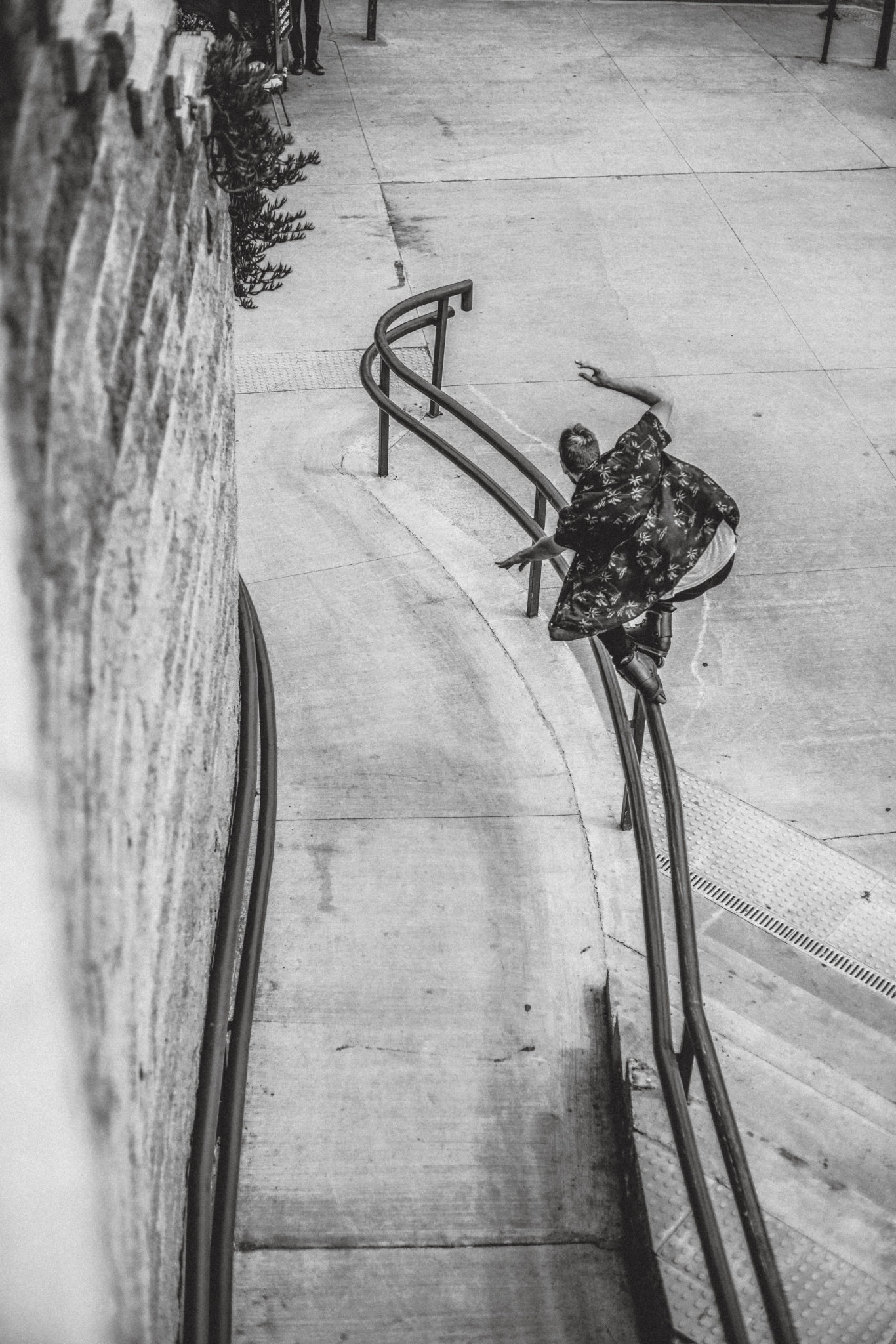