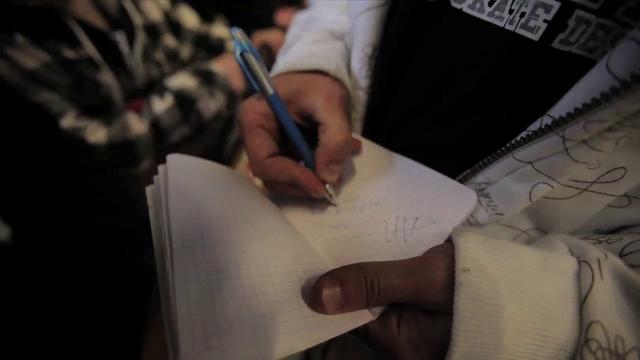 The comp gained worldwide attention throughout the years, thanks to some tricks being landed in Nantes for the first time ever: Stéphane Alfano’s corkscrew 720° to soul transfer (on a rail!), Julien Cudot’s flatspin 540° to back royale on the sub box last year, or the misty flip to alley-oop top pornstar he nailed after the end of the contest last week-end. Those definitely brought some controversy, drama and endless discussions on the messageboards, thus stapling the Gladiator name in everyone’s heads, bringing some international guests from the UK, Belgium, Switzerland and even the US to travel to Nantes and attend the competition.

The 6th Gladiator contest showed a good time as always, and it’s safe to say we all had a great week-end! I don’t think anybody ended in jail or that any car got destroyed this time. While the trainings and qualifications took place on Saturday, it all got more serious on Sunday. Despite some serious hangovers (it’s quite interesting to throw the “after” party in between two days of skating), the place got shredded to pieces! The girls and the young bucks skated well, and the amateur comp showed a great level of skating too, with Pierre Lelièvre taking first place, charging every obstacle in the park and ending his run with a massive 540°, flying the wrong way over the fun box.

The pro comp was incredible as usual, with some of the best park skaters in the world hitting every possible transfer in the park, and impossible ones as well, including Stéphane Alfano who attempted a 900° from the vert ramp to the steepest bank in the street course. In the finals, the top 5 skaters battled for the prize, but while Mr. Alfano and Julien Cudot focused on a few huge tricks only, Romain Godenaire, Jeremy Suarez & Adrien Anne kept on skating lines, busting tricks everywhere in the park. In the end, Adrien skated flawlessly throughout his three runs, and laced his last trick first try. I don’t think I’ve seen him fall once that day either. Not quite the usual suspect for that type of comp, he earned himself a well deserved first place and a nice 500€ check. Hopefully there will be another Gladiator contest next year so the warriors can bring us another epic battle! I know I’ll be there for sure! Will you?