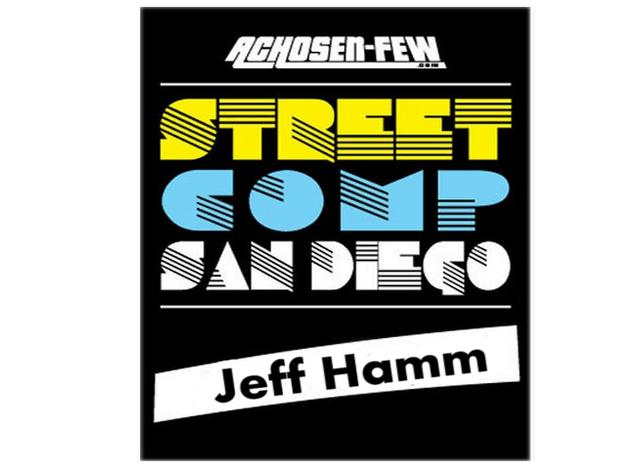 The prep and maintenance for these spots were a lot easier than the ones for the Santa Clarita comp; no digging, sweeping or cutting involved with our SD spots, just locating, waxing and testing. Locating spots was no problem because my local organizer was “New Spot Steve” who knows literally one thousand spots in the San Diego area and two, because this part of San Diego is filled with spots. Really the only hard part that worried me was if 100 people were going to be able to go to this spot for 90 minutes and not be busted by cops. But we had 7 very good spots lined up. Yes 7, because we had back up spots for each round as well. Which we, in the end, needed.

The comp started at Carmel Valley Skate Park, which is a nice high tech skate park, unfortunately, right next to a police station. So we decided to have sign ups across the street at a parking lot. Sign ups went well. We had a lot of competitors because every competitor got a free issue of the Conference Mag, a free issue of either Be-mag or ONE magazine, 3 stickers and a conference wrist band. People seemed to really enjoy the park and all the Skate Boarders there really were enjoying rollerblading. They came up to Matt Mickey and asked to have some magazines.

Back-up spot one started with the final 5 minutes of heat 1. Then heat 2 started. Steve Bundy was hitting all sorts of switch ups, and one guy who really shined was Andrew Diapolo. He was hitting all sorts of true spin tricks and very intense switch ups like top soul to true soul to top soul 360 out. A lot of people in this round took advantage of the launch to rail like Hayden Ball, Winston Wardwell and Iain Mcleod.

We headed out to Spot 2 which was probably the best spot of the comp. It’s featured in the new Razors team video and is just an all around amazing spot, but, unfortunately, we were busted again by the cops, so only one heat had a chance to go, which was unfortunate, because we had people like Winston Wardwell, the transfer master, in heat two, and there’s no telling what he would have done at this spot. Back-up spot 2 was a nice down rail way deep into a business area where there was little or no other people around, but we were low on time and daylight, so we combined both heat 2 and 3 and had one big 15 minute session at the rail which went very well, because a lot of people didn’t want to skate this rail. Some highlights from this spot were Jeff Hamm’s hurricane top soul, Andrew Diapolo’s ao top soul to soul, and Russell Day’s gap the sidewalk to front farv. It was finished off by Winston Wardwell’s new trick the toe grind which was insane.

At the last spot we decided to get a bit creative with the help of Santee who built a nice launch for us. This spot was a nice 7 foot high metal wall. We suspected that this would be an exciting final spot and not to our surprise it was just that, from Andrew Scherf aka “BEEF” taking one of the harshest falls of the day or flat out one the harshest falls ever at a Chosen Few Street Comp and getting right back up to Russell Day hitting every trick back to back to people like Andrew Diapolo hitting ao top soul and ao top acid cab out to Luna lacing a sweaty and ao negative mistrial to people like Tim Franken, Colin Mcleod and Steve Bundy who were also pulling crazy tricks. It was a crazy final last round and that’s the way it should always be at a Chosen Few Street Comp. The day ended at the final spot where the results were announced and a giant box load of product was tossed out to the crowd. We also had our raffle for the new pair of Valo skates which Adrian Scoseria won. It was another successful and awesome Chosen Few Street Comp. A little rough around the edges but we always come prepared.

Thanks to Local organizer and photographer Steve Steinmetz for helping me put this together, without you it would not have been possible, as well as all the sponsors who threw down so much for this competition. Thanks!

Local heroe ‘Damien Wilson’ showed up to support and to judge