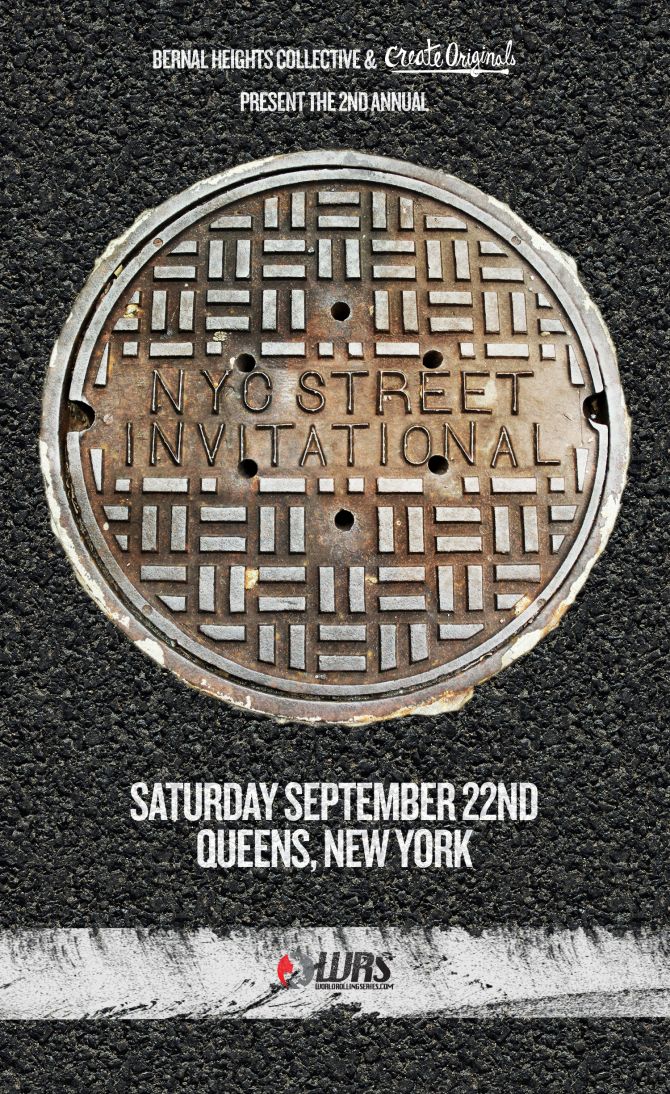 The Invitational is less than two weeks away! How’s everything going?

Really busy. I have a lot of stuff on my plate right now other than the contest, but it’s going well.

Will the contest be held at the same location as last year?

No, this competition is going to be totally different. This one’s going to be more real street than last year. We’re going to a place that already has a lot of obstacles to skate and we’re going to make some minor additions. It will be a new location in Queens. I’m announcing the spot one week before the event.

You probably had to get a permission from the city to hold the contest. How did that work out?

Yes, we had to get permits for the event. It cost a few extra bucks which makes it more difficult, but we figured it out.

What can you tell us about the contest-format?

Like last year, it will be 3 heats…prelims, semi-finals and finals. We might switch that up in the future though.

Haven’t confirmed that quite yet, but it’ll be legit.

Can we expect any crazy new obstacles or other surprises?

For that one, you’ll have to come and see!

A lot of pro’s came down to compete in the first Invitational. How’s the response been this year?

We had a good response for this one and we have Alex Broskow, Erik Bailey, Brandon Smith, John Bolino, Montre Livingston, Joey Chase, Demetrious George and Nick Lomax attending, just to name a few.

Some people are probably still doubting about whether or not to travel to NYC. Give them three good reasons to start packing.
1. Best city ever.
2. Biggest scene.
3. Gonna be a great event, just like last year!

Take a look back at some of the highlights of the first NYC Invitational: