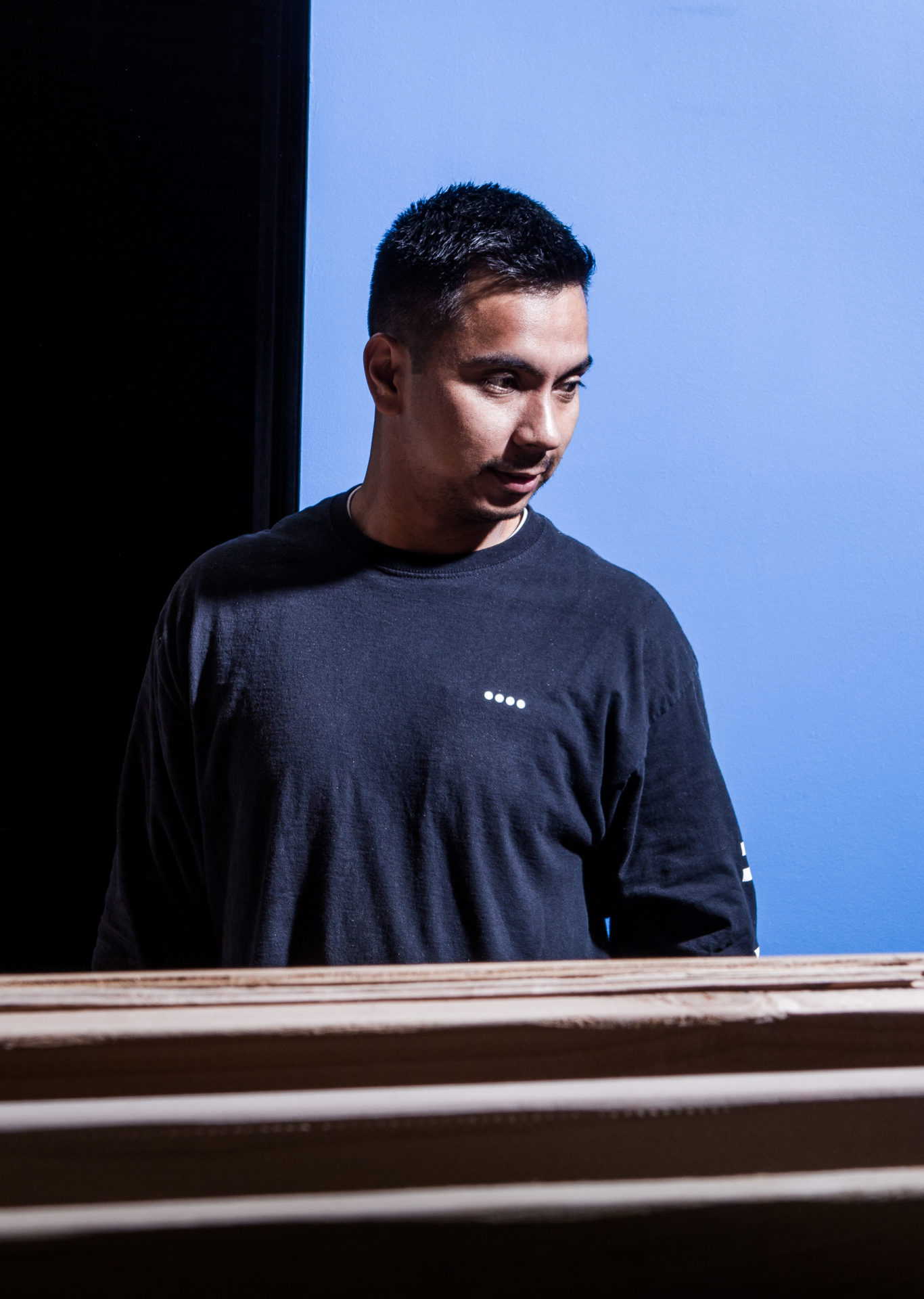 BLADING CUP 2018 | THE BUILDING OF THE RAMPS 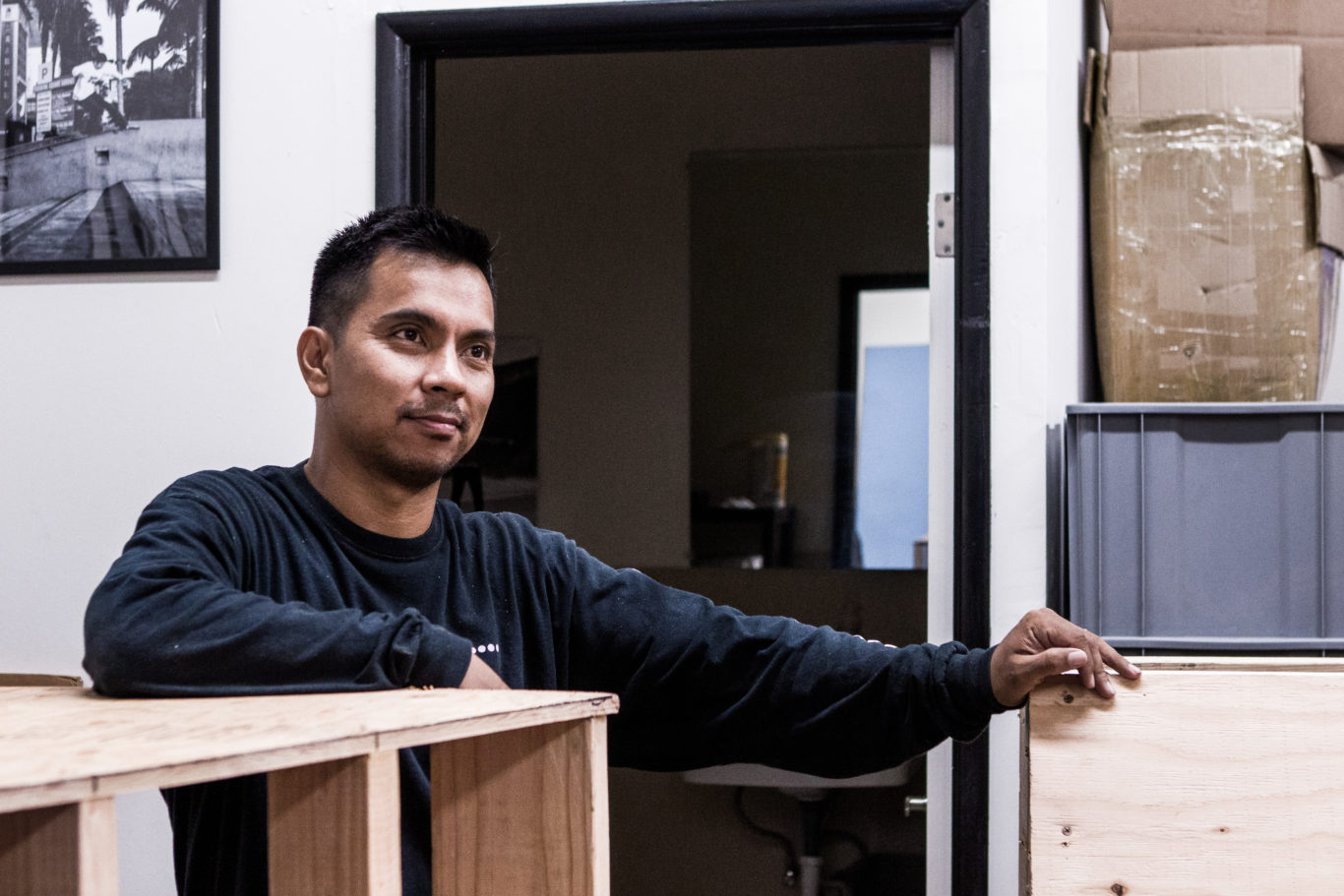 Finding itself in its 8th year, with a handful of heralded names within the industry in attendance, representing a total of 16 countries, the 2018 Blading Cup is set to be one for the books. A pivotal aspect of the competition lies within the design of the course, and over the contest’s 8 year history, each course was designed and built by Jon Julio, Jason Reyna, Miguel Ramos and Tim Franken, in addition to a handful of others. Despite his hectic schedule, Jon was able to sit down with us for a few minutes to discuss the process of the course’s design and development, and we had our associate photo editor Jonathan Labez document some of this year’s process… 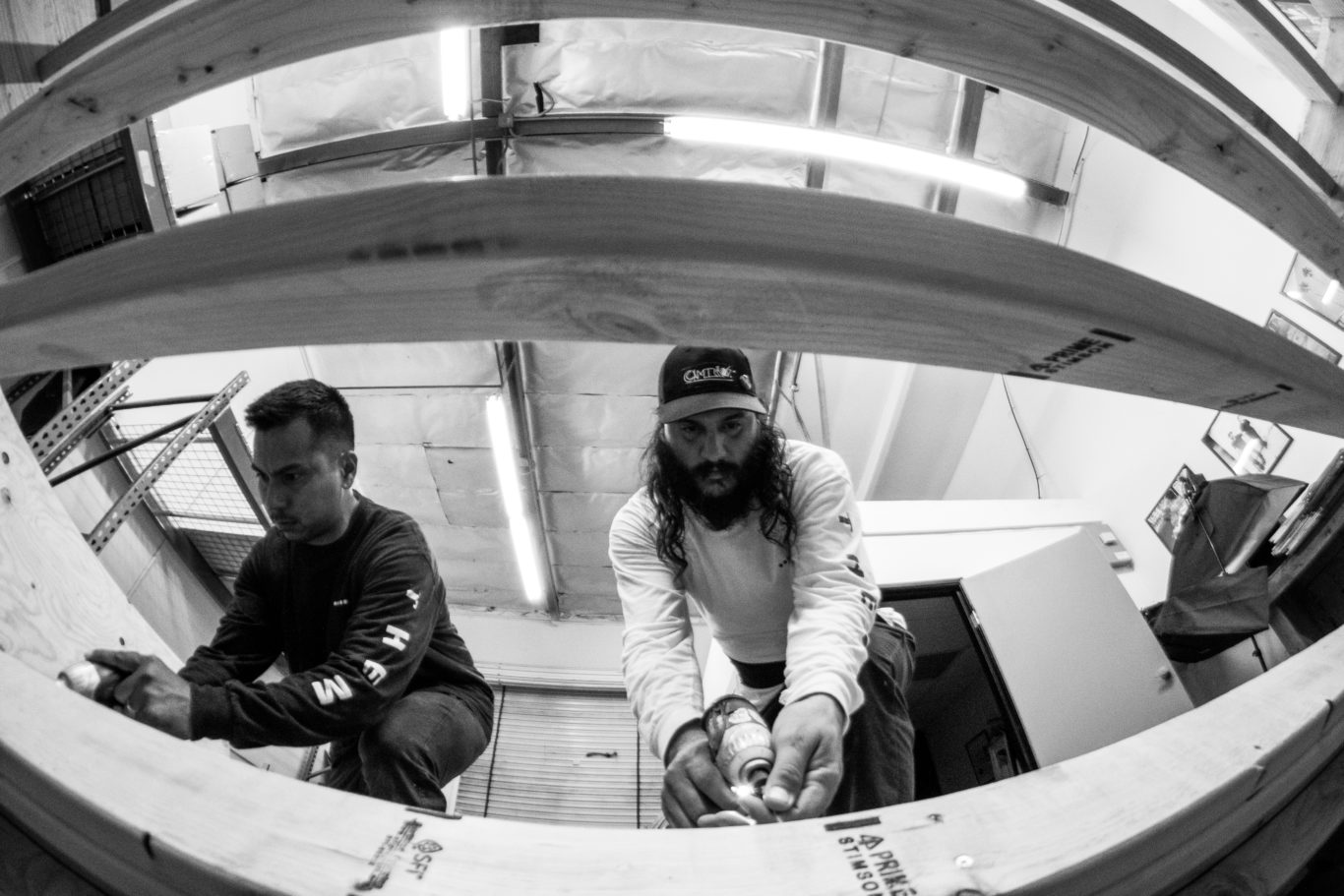 Jon Julio and Miguel Ramos hard at work at what culminates as multiple late nights in an effort to produce the necessary components for this year’s course at the 2018 Blading Cup.

How far in advance do you plan out the design of the courses?

We’ve had a few meetings that span over a year. It’s a collaborative effort, but everybody works fulltime, so we try to get together whenever we can; it’s blading on a budget. It’s a grind so we are always preparing ourselves throughout the year. 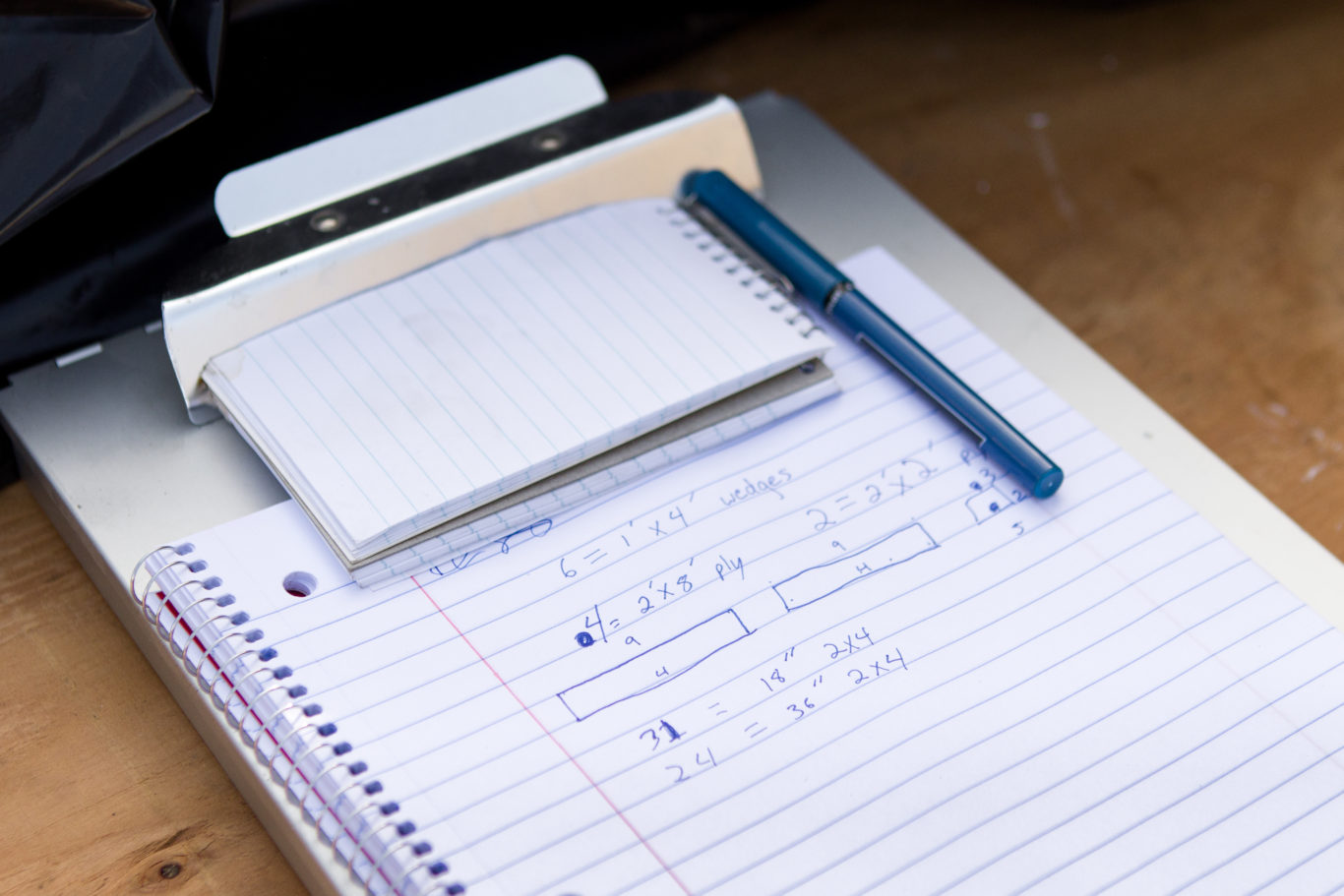 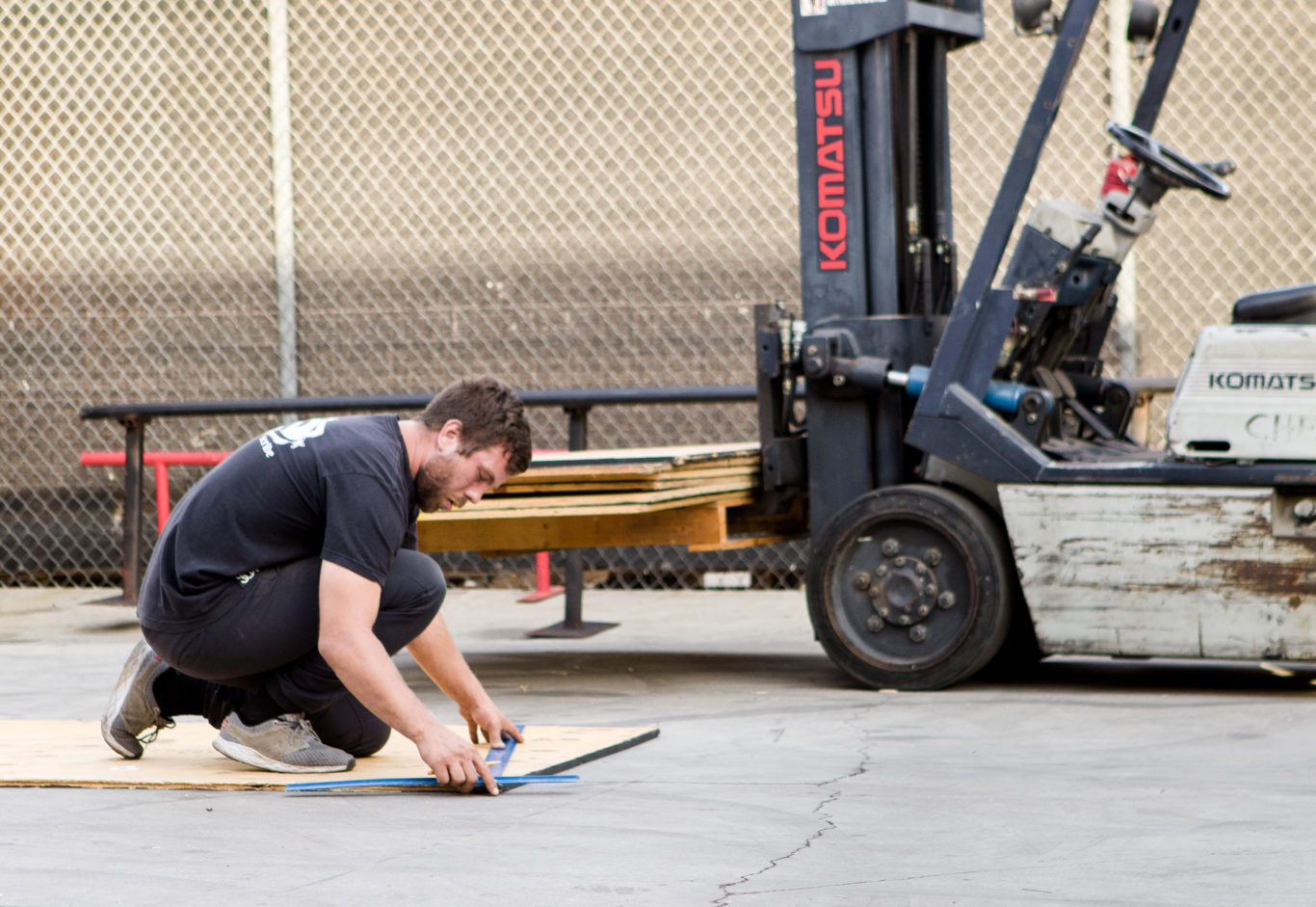 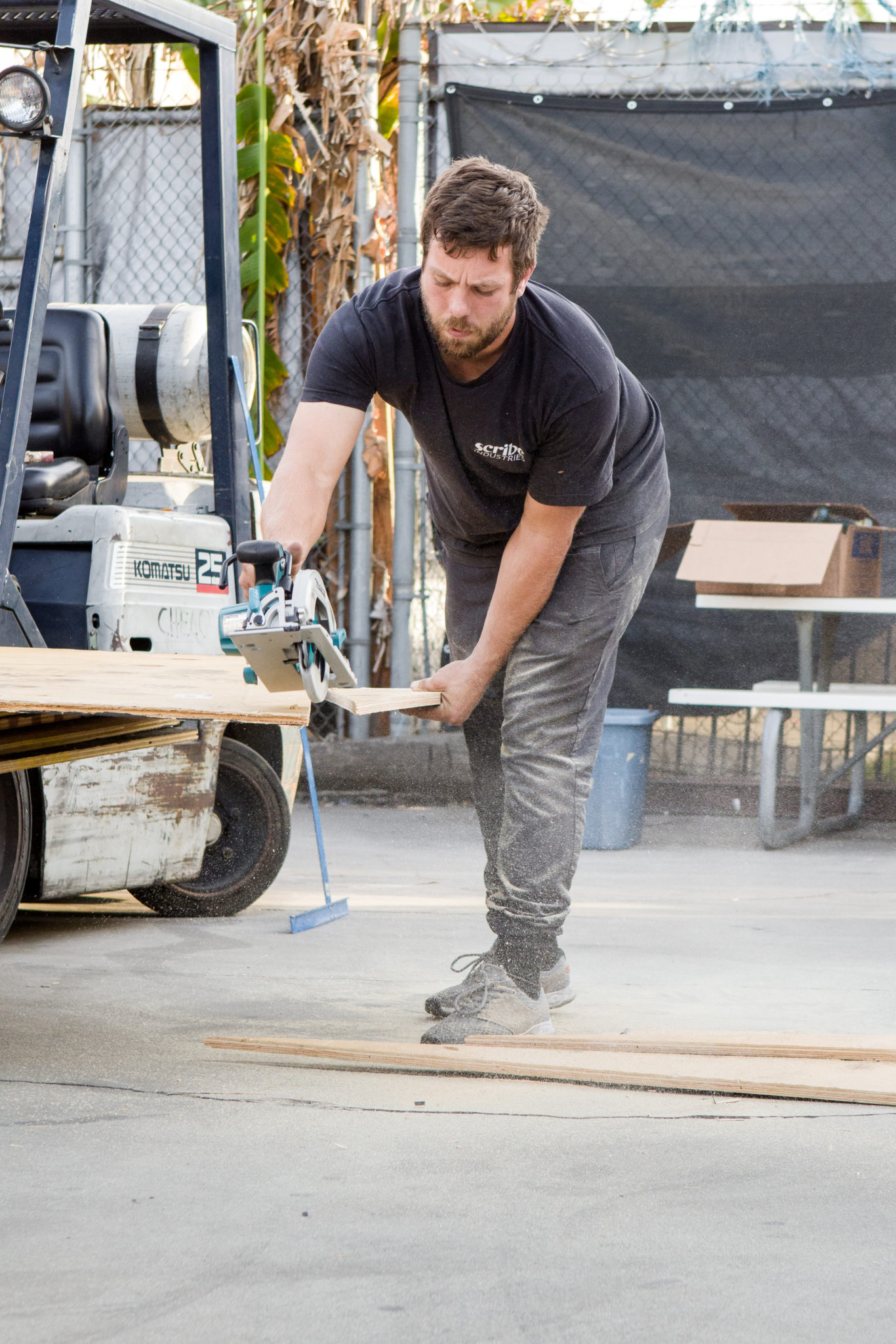 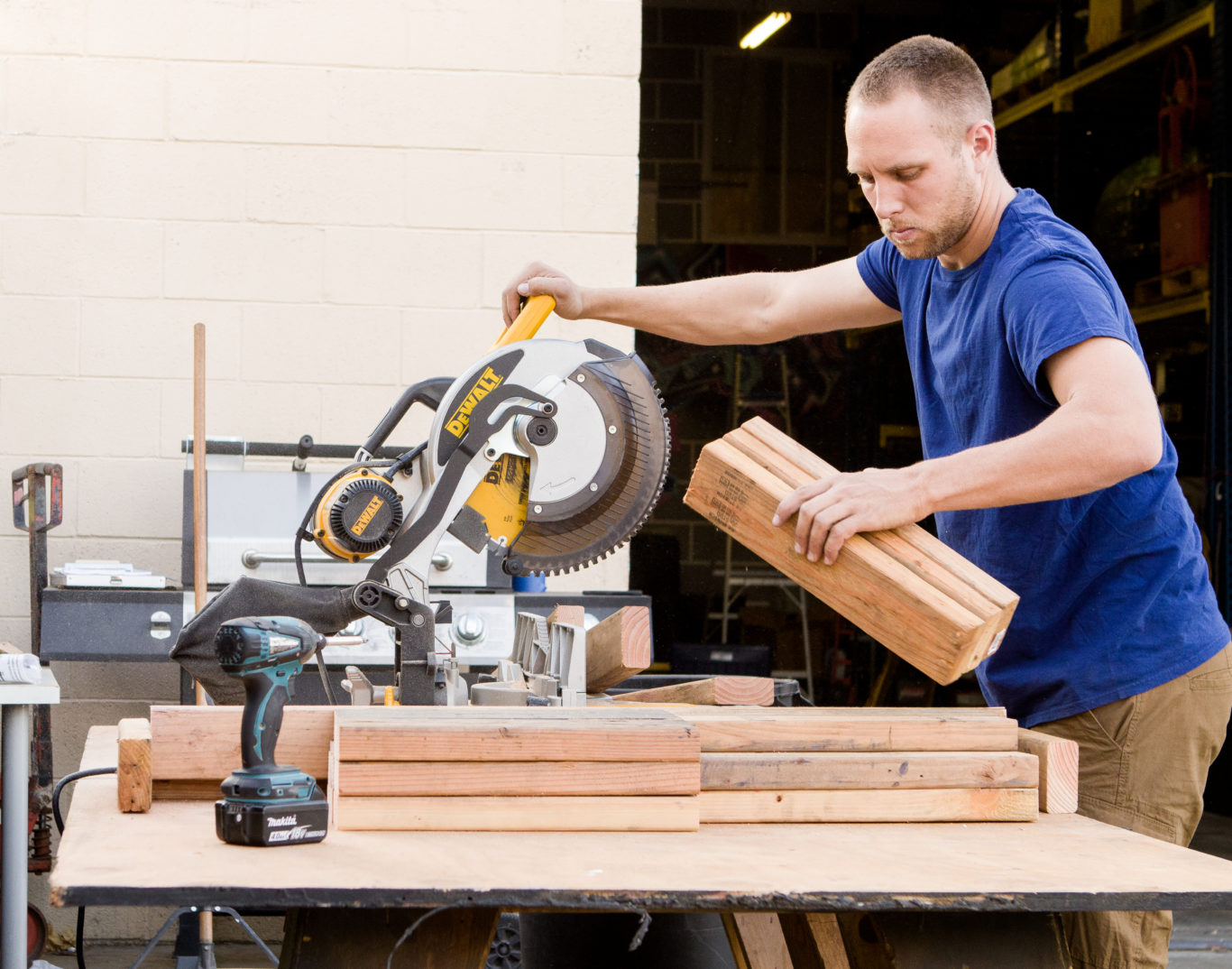 Shown above, Tim Franken and his brother Ernie work on constructing pieces for the 2018 Blading Cup.
Photographs by Jon Labez for Be-Mag.

It’s between myself, Miguel Ramos, Jason Reyna and  Tim Franken. We had a new location last year which is where we are this year, and it’s always harder to design something new at new location. This year we have a better idea of how to utilize the space, but everyone organically works well together. 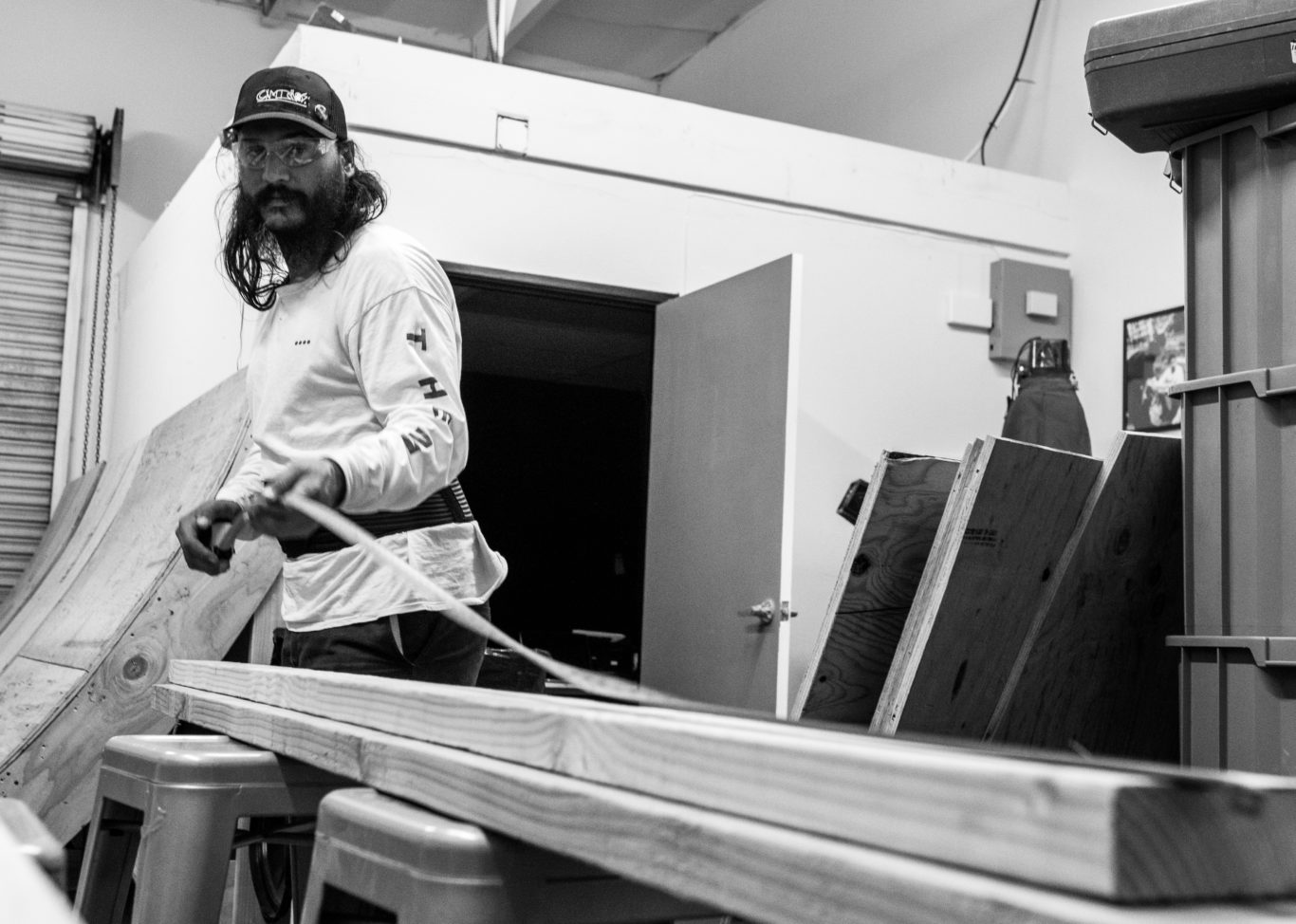 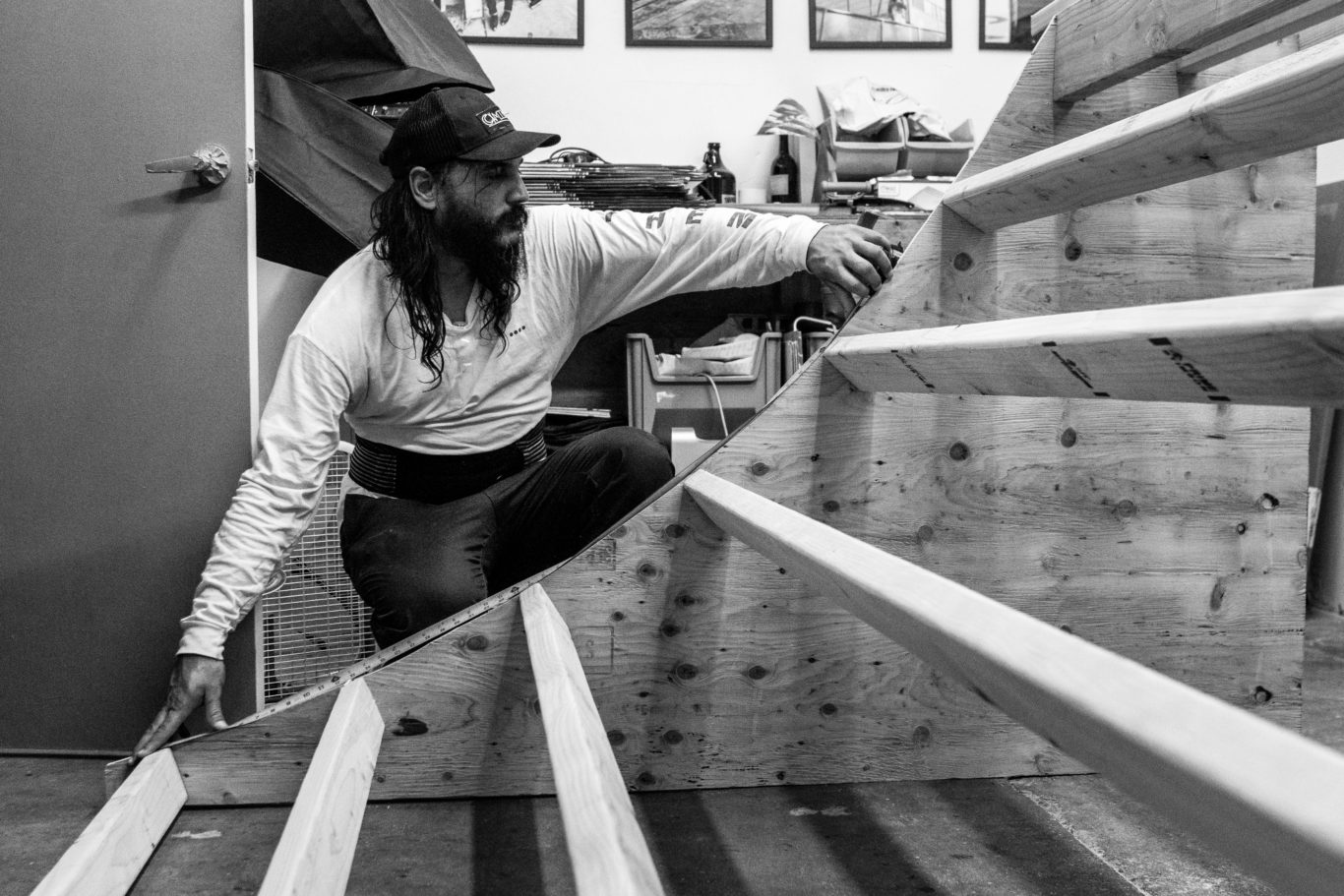 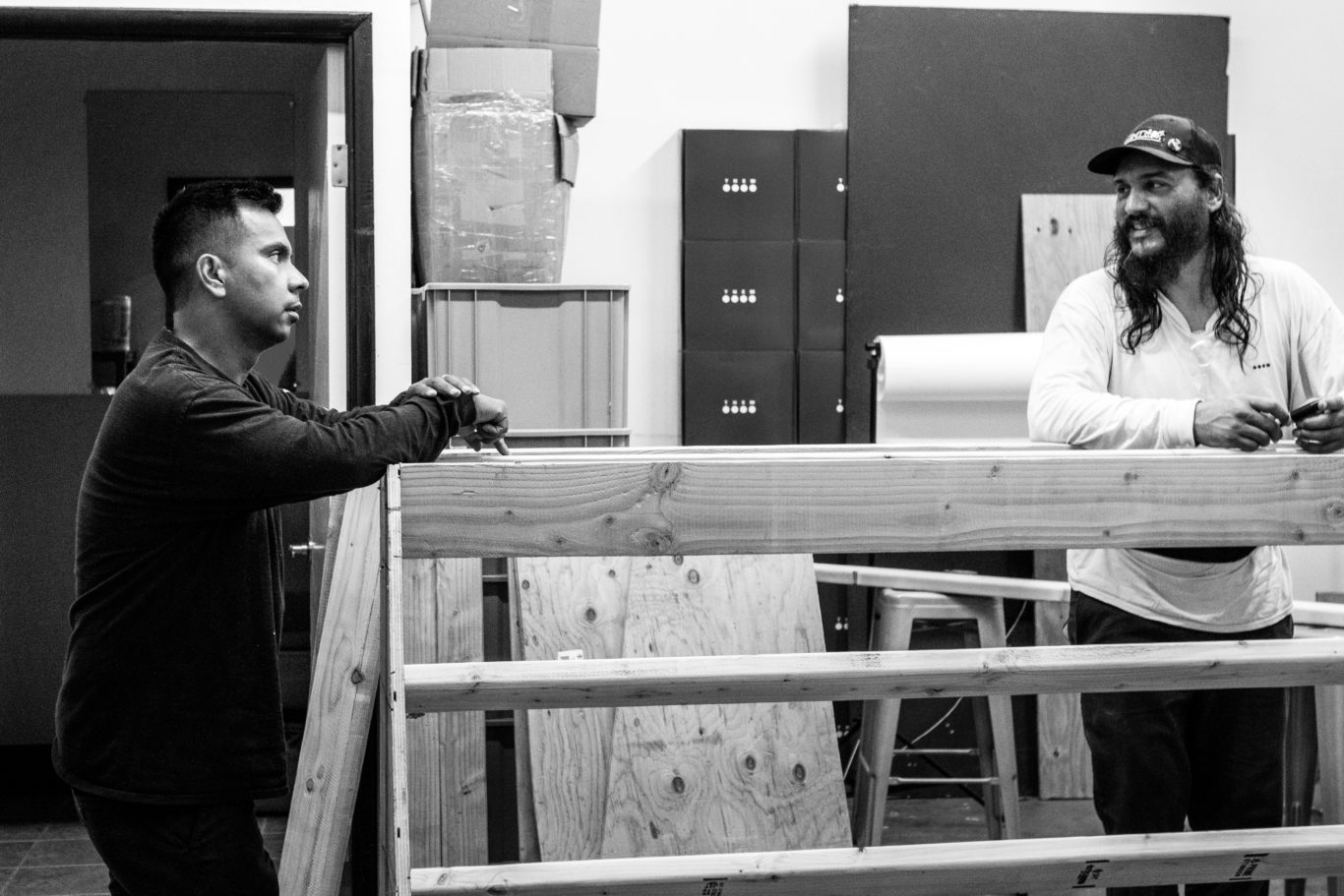 Jon Julio and Miguel Ramos at work. Ramos has been involved in the production of the ramps since the beginning of the competition.

How long has Tim, Jason and Miguel been involved in this?

Everyone has been involved since day one. 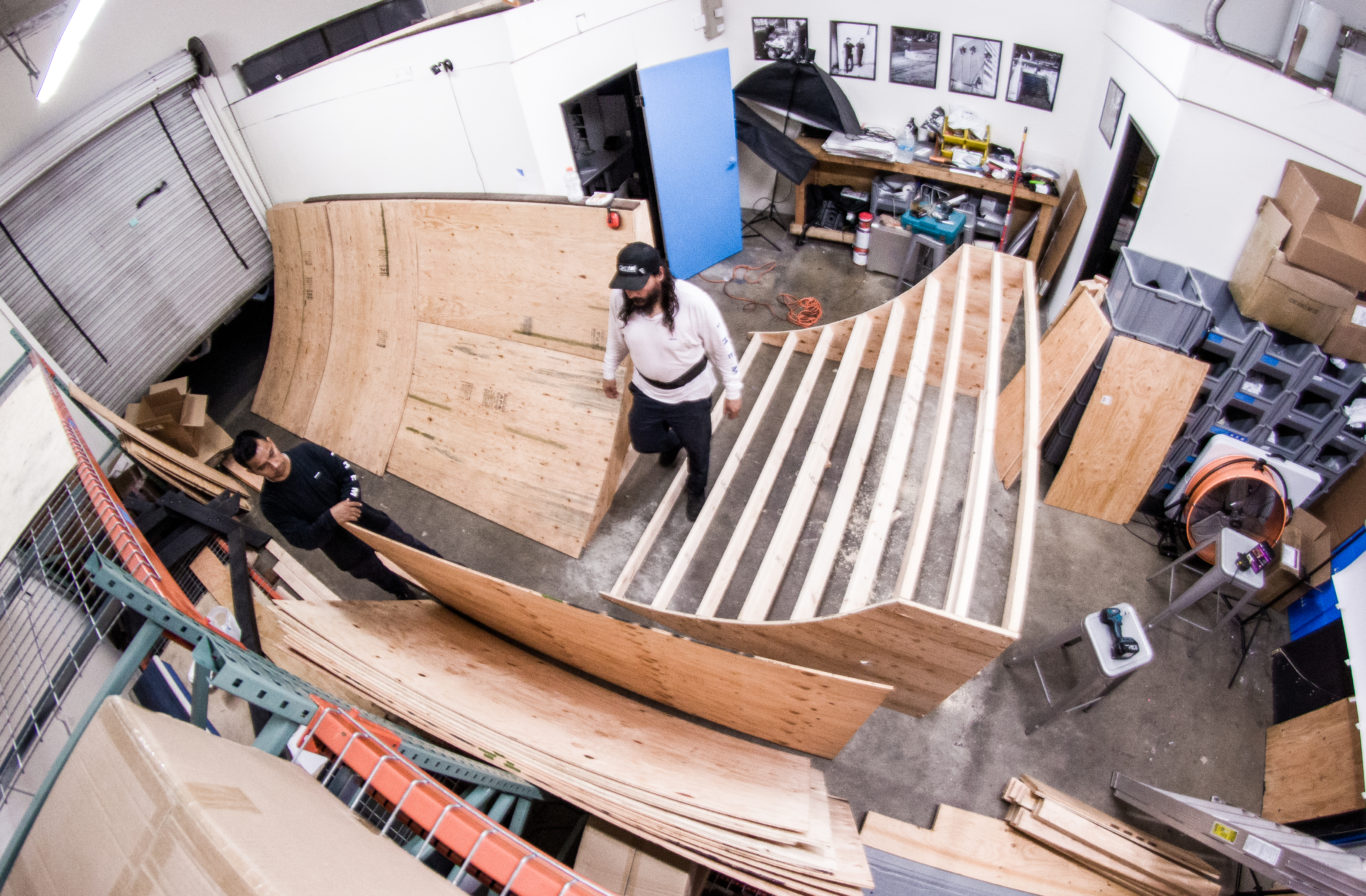 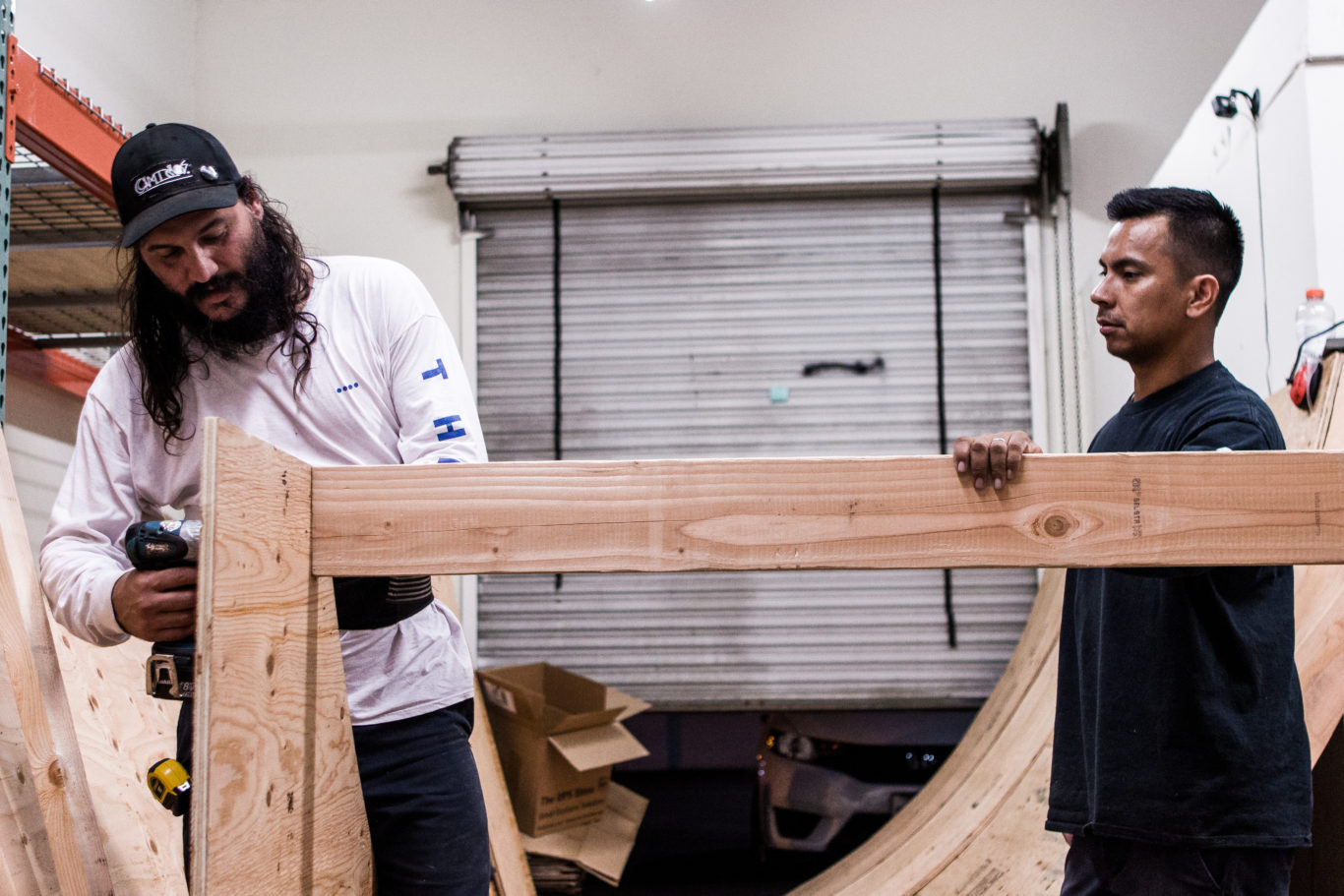 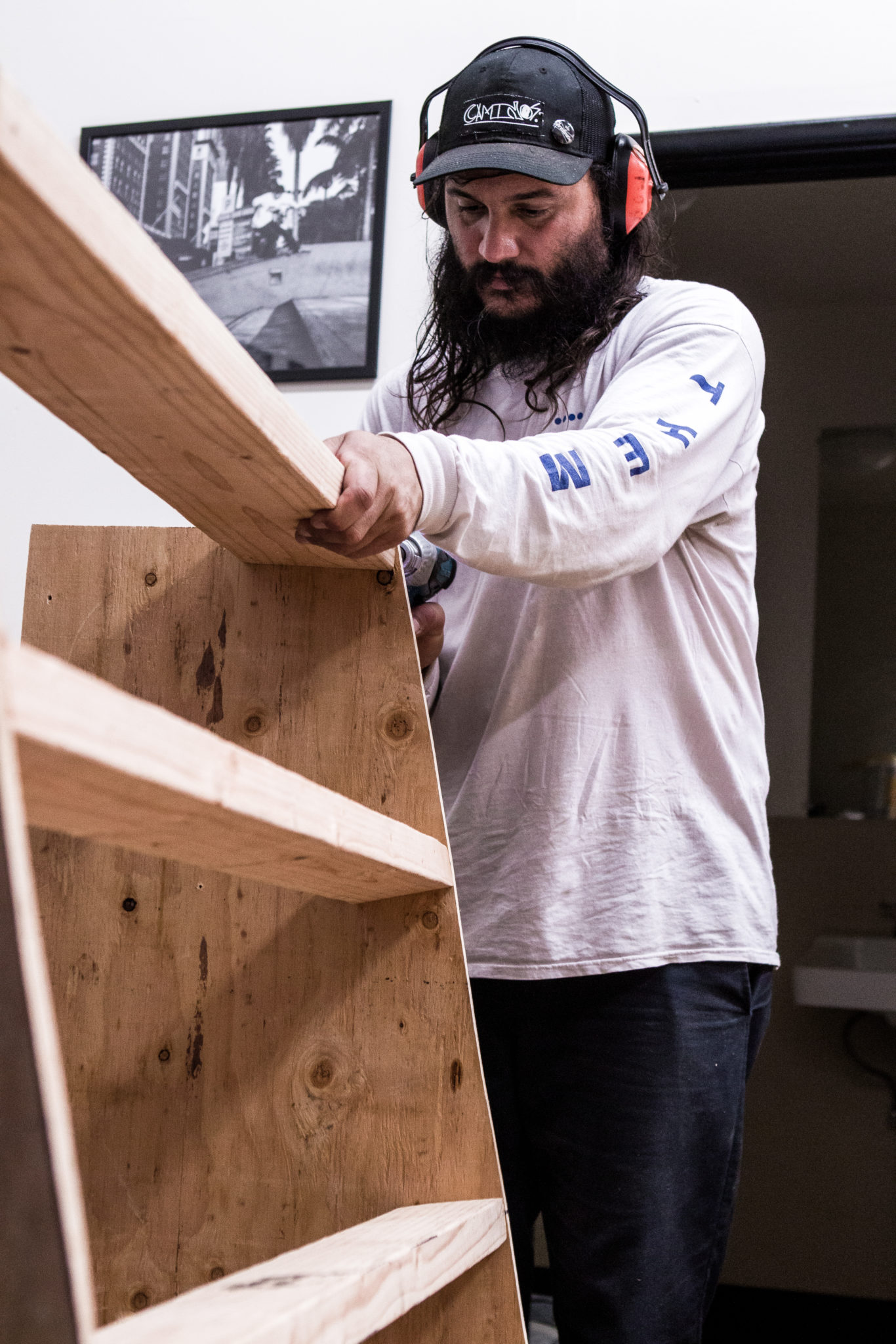 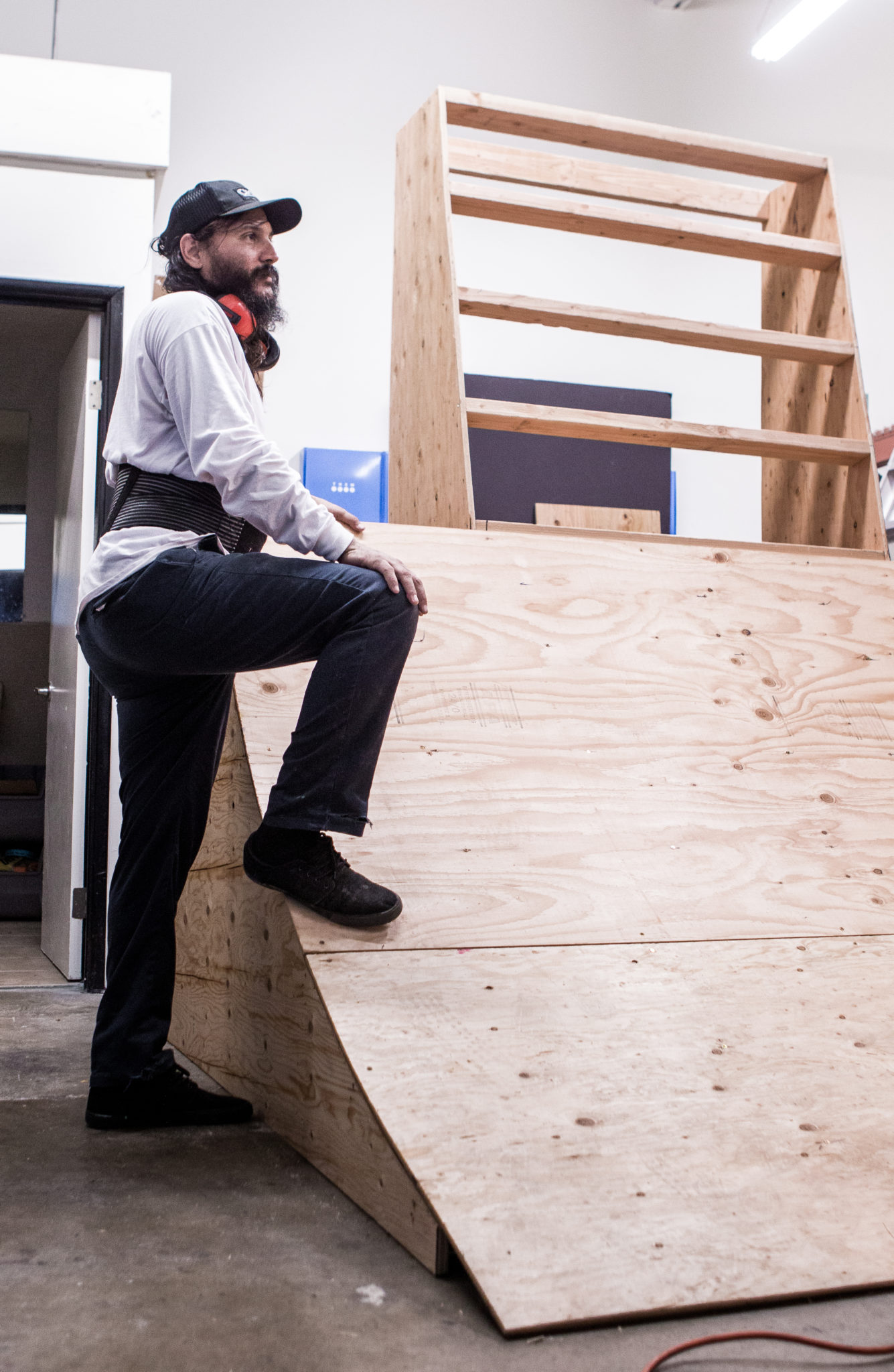 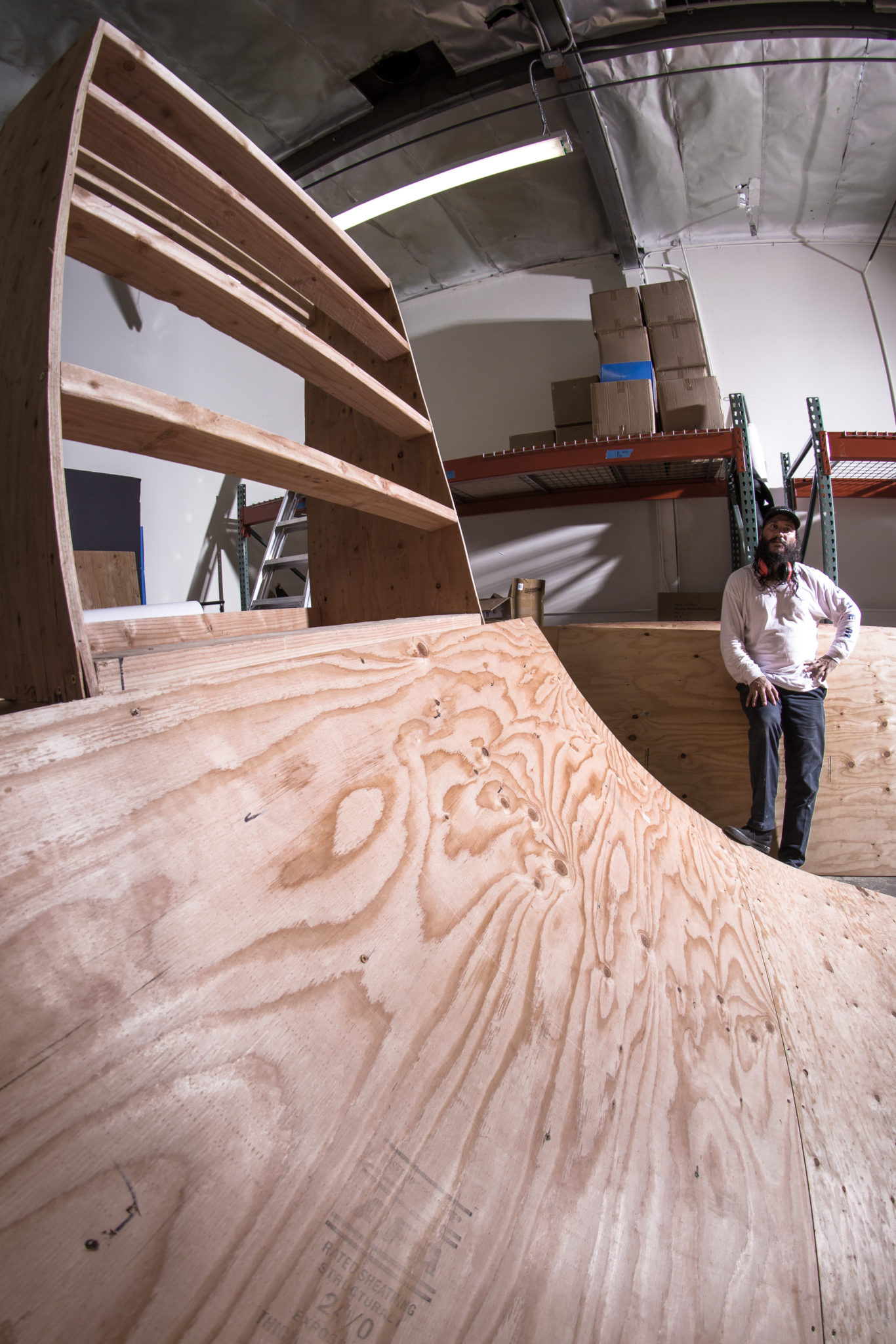 So it’s safe to say that you’ve been planning this out rather thoroughly. What obstacle are you most excited about?

We are building a picnic table obstacle that’s looking like a lot of fun. 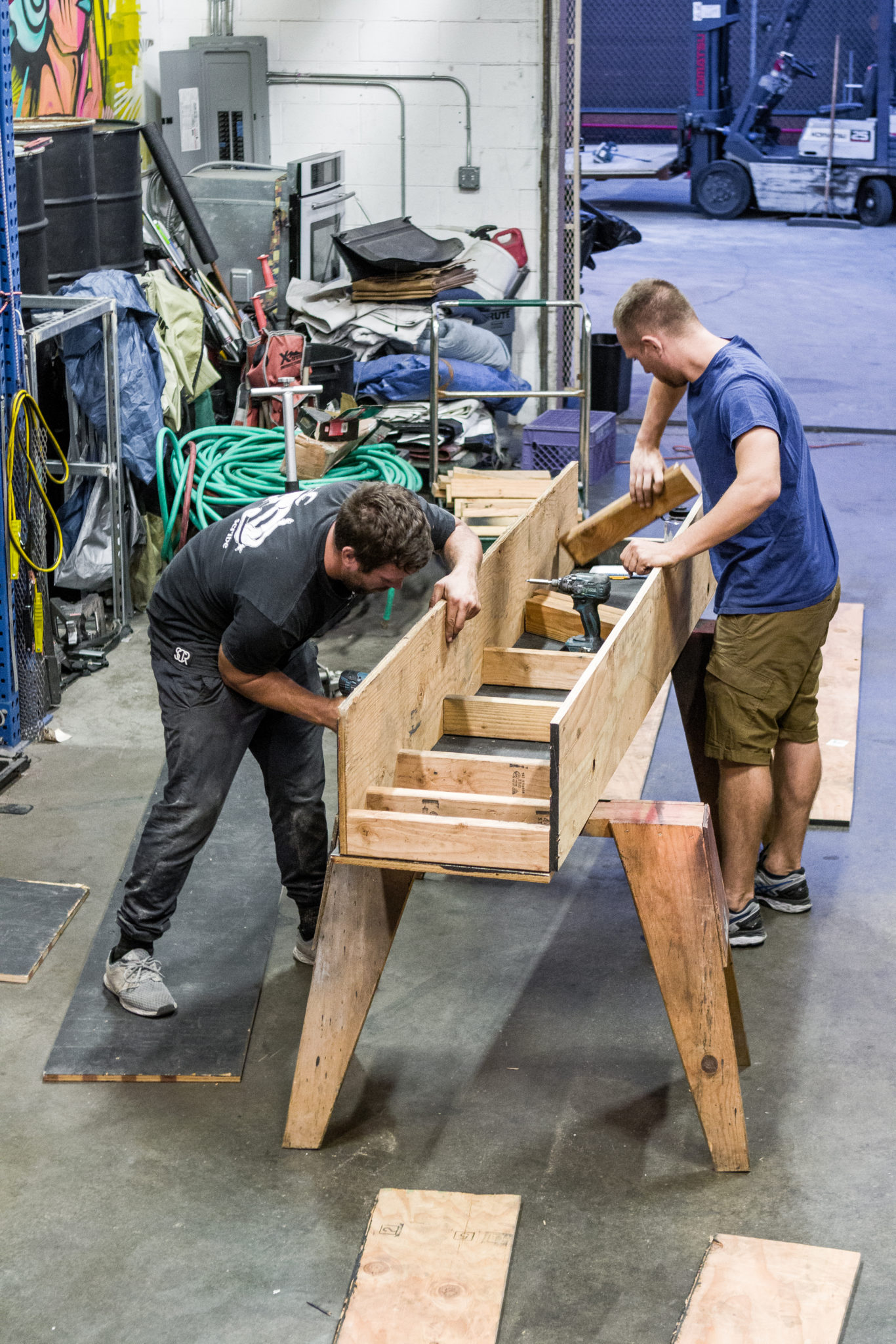 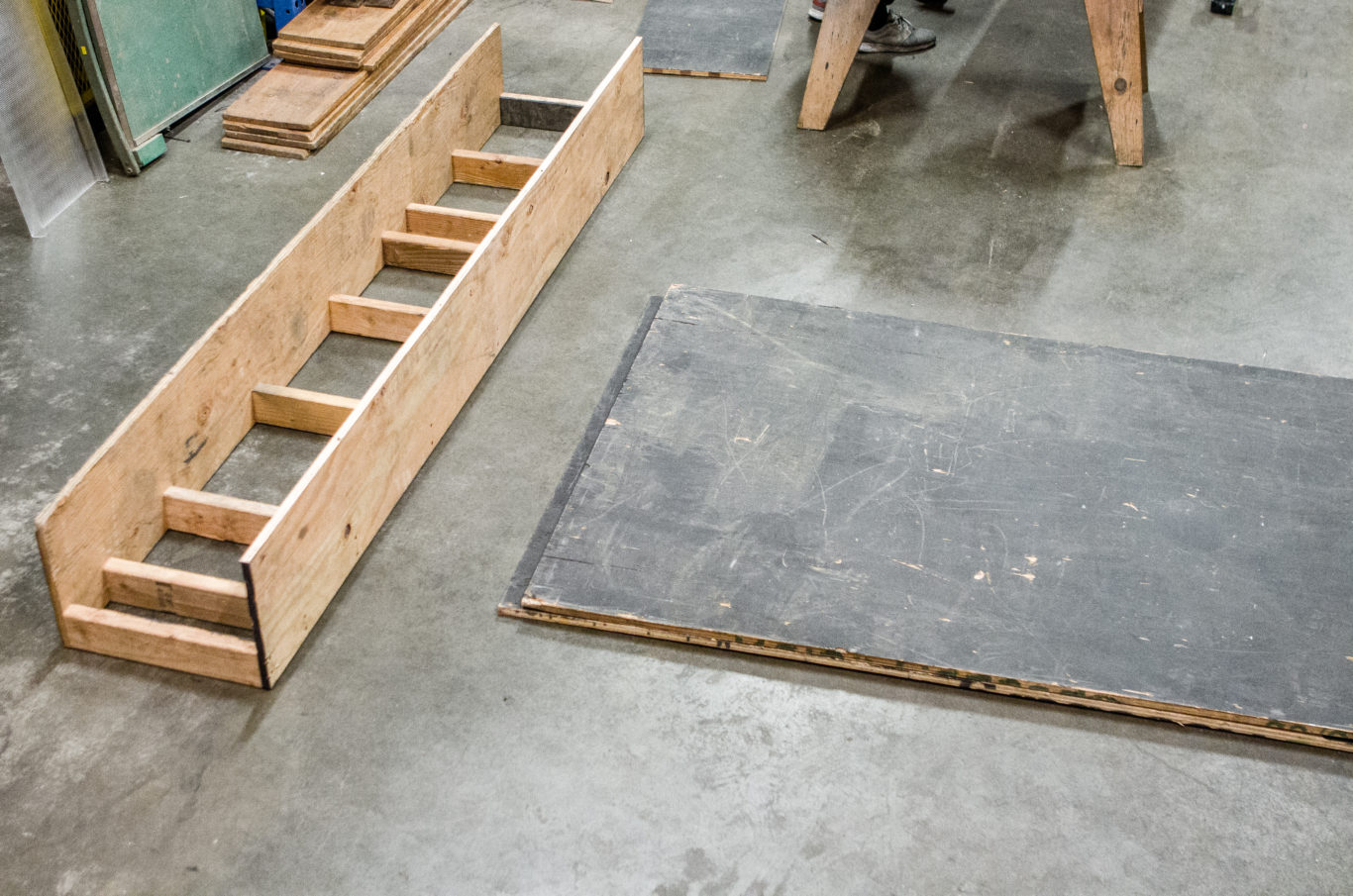 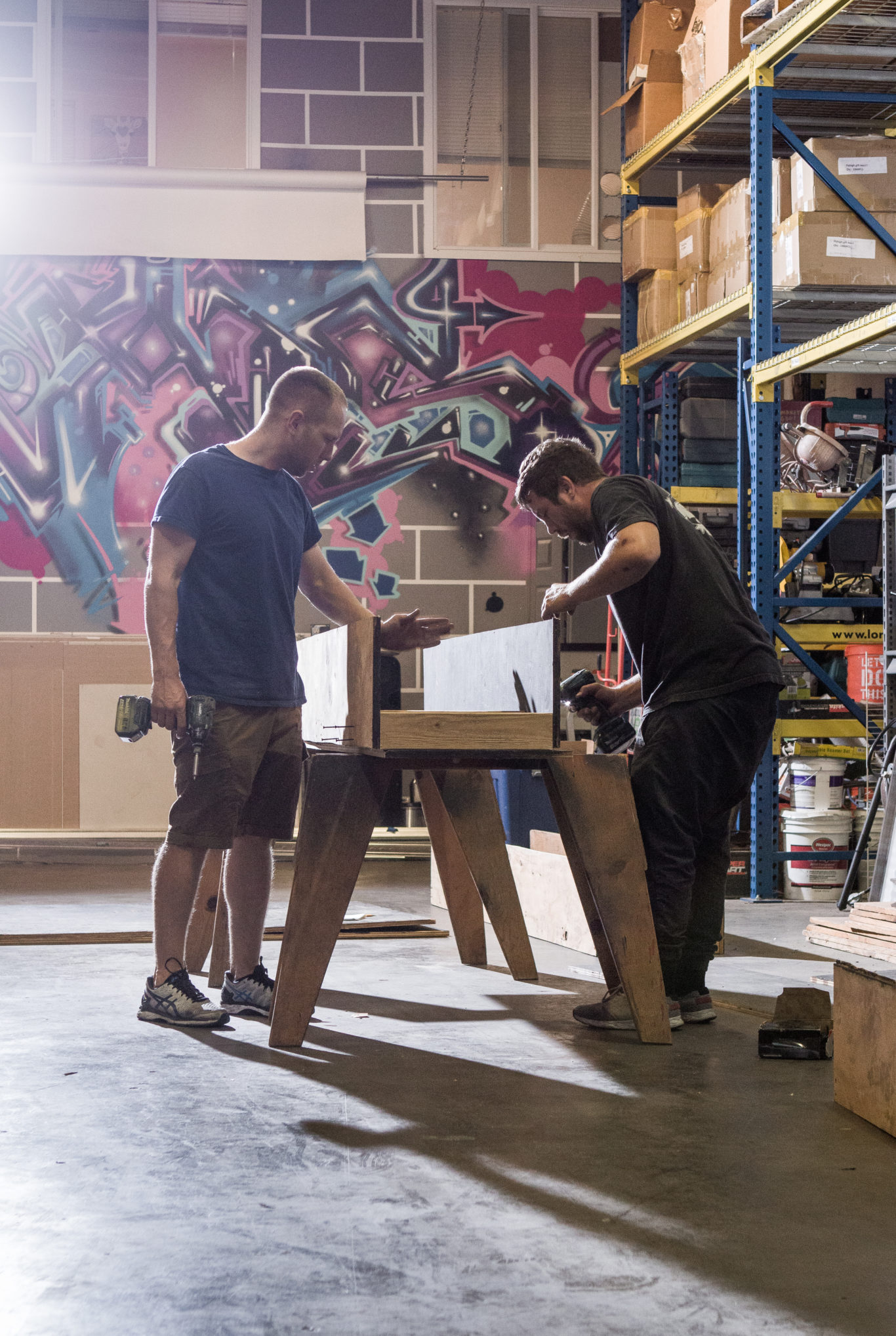 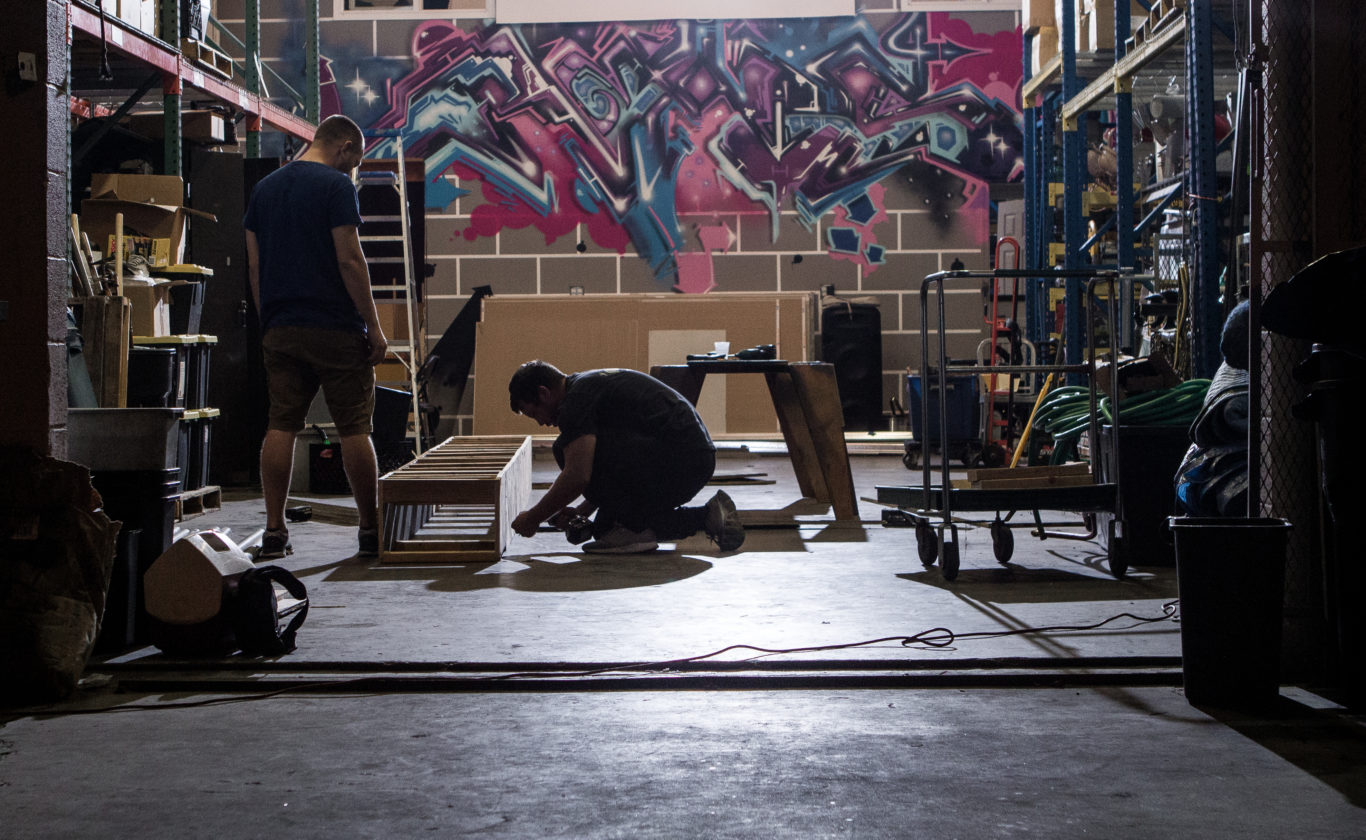 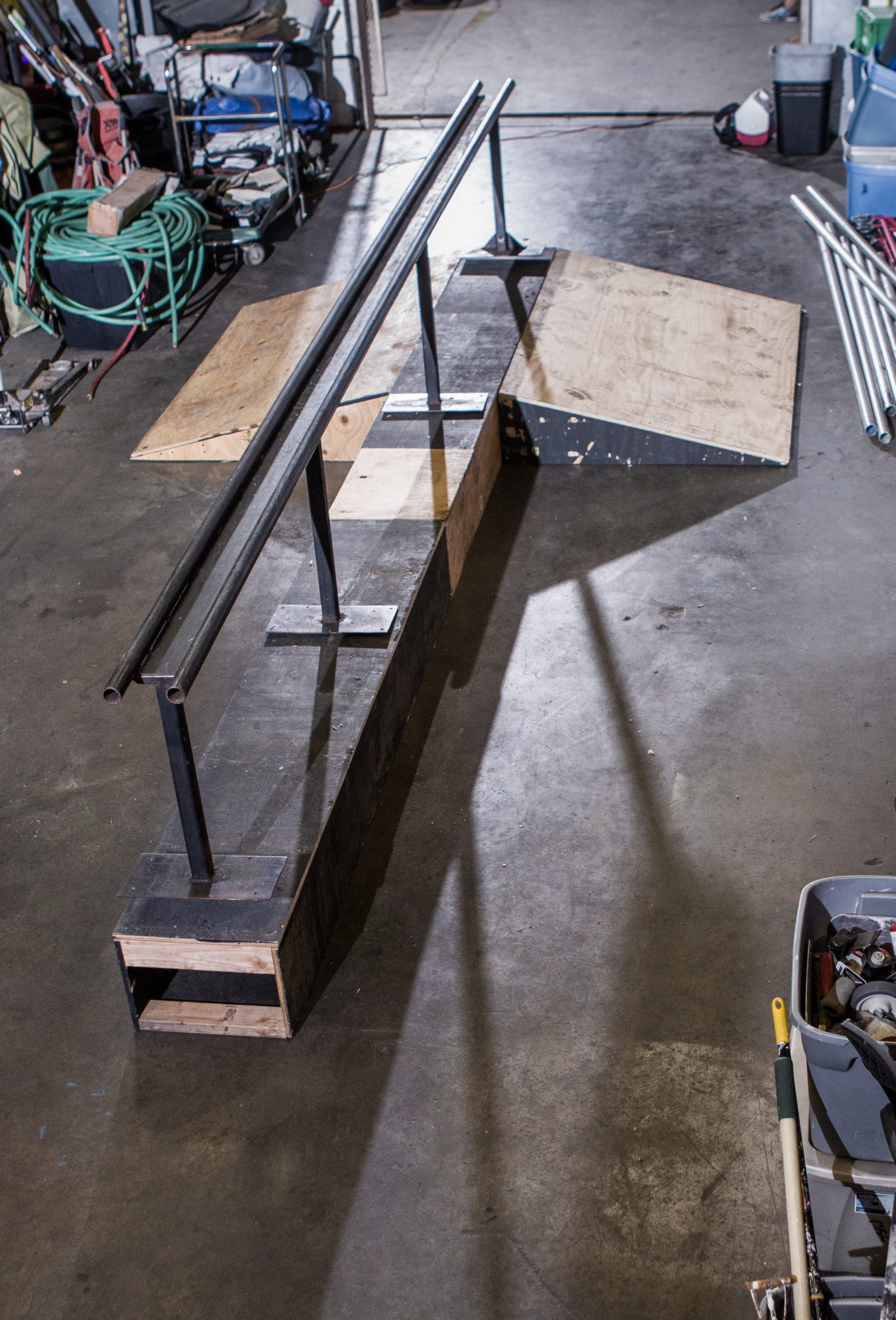 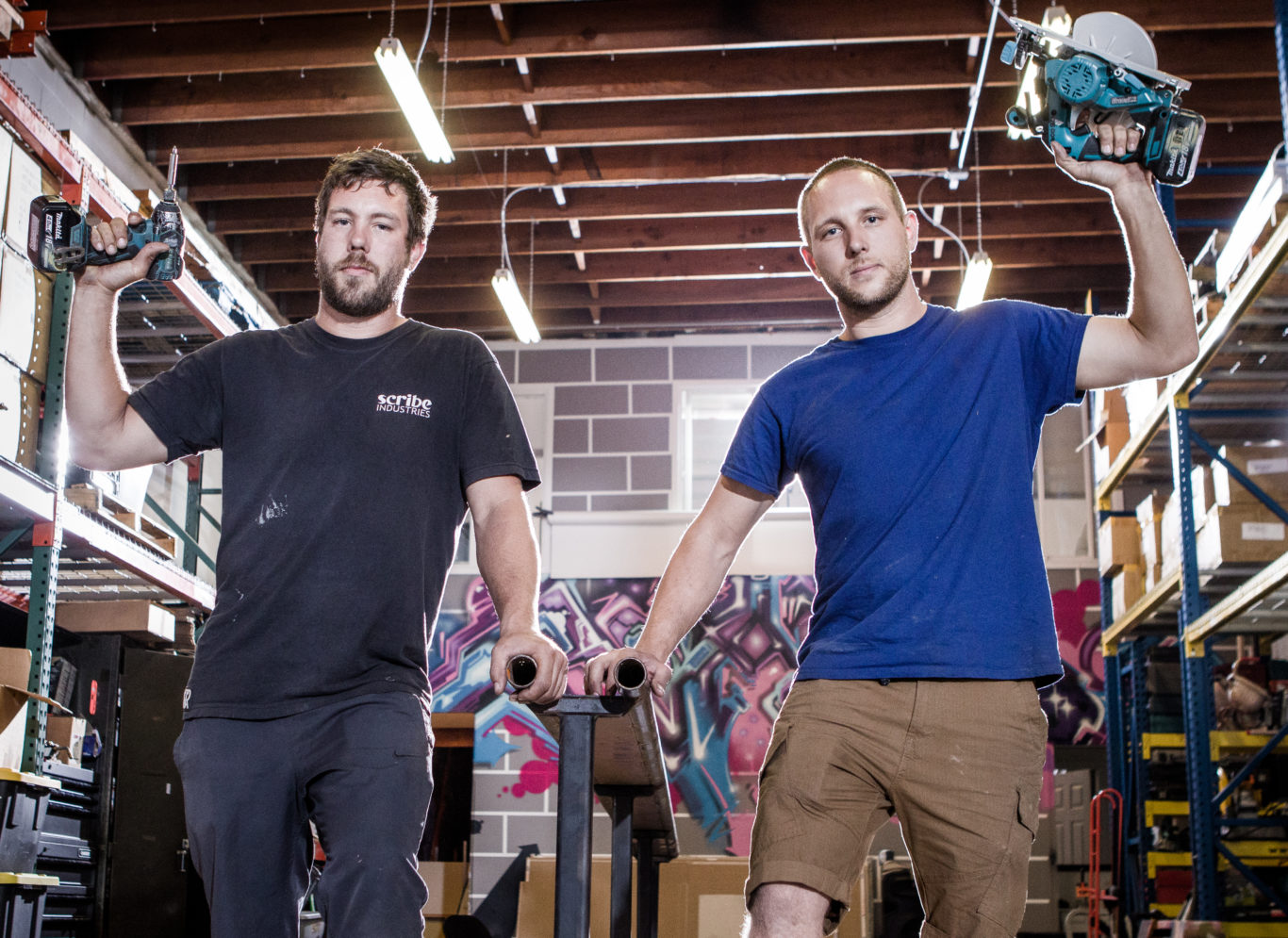 I wanted to ask you about the pop up shop, do you mind telling me a bit more about it?

We had an opportunity to take over an unoccupied space in downtown Santa Ana, which just so happens to be right next to the street course. 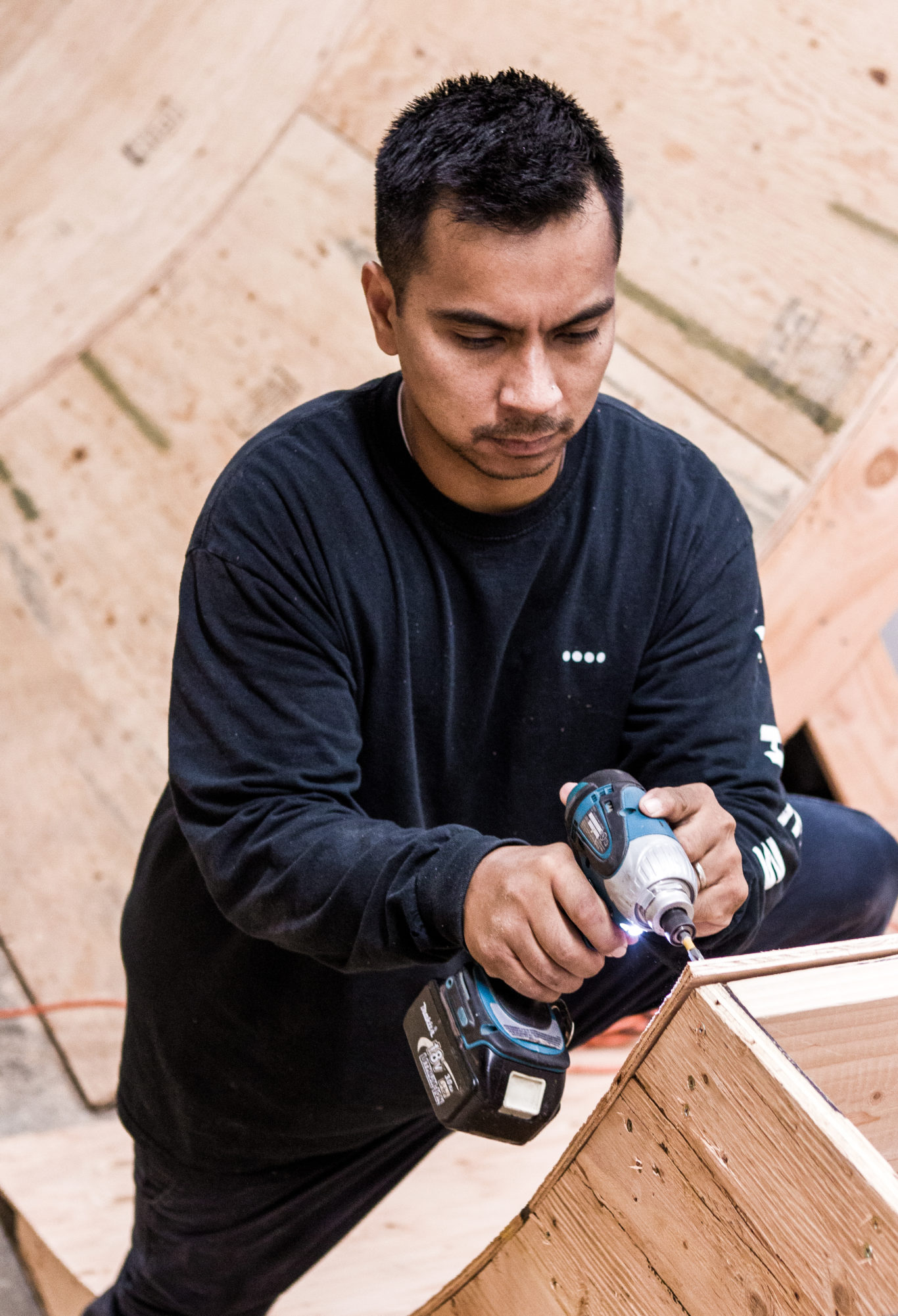 That’s wild, how did you find that?

I live in Santa Ana and I have a close relationship with the property owner, Ryan Chase. He is actually the reason why we have been able to run the Cup all these years. Mike McMullen ( of Arms Studio ) and I always have talked about how cool it would be to present THEM through a pop up shop. Luckily this space popped up in time for the Cup. 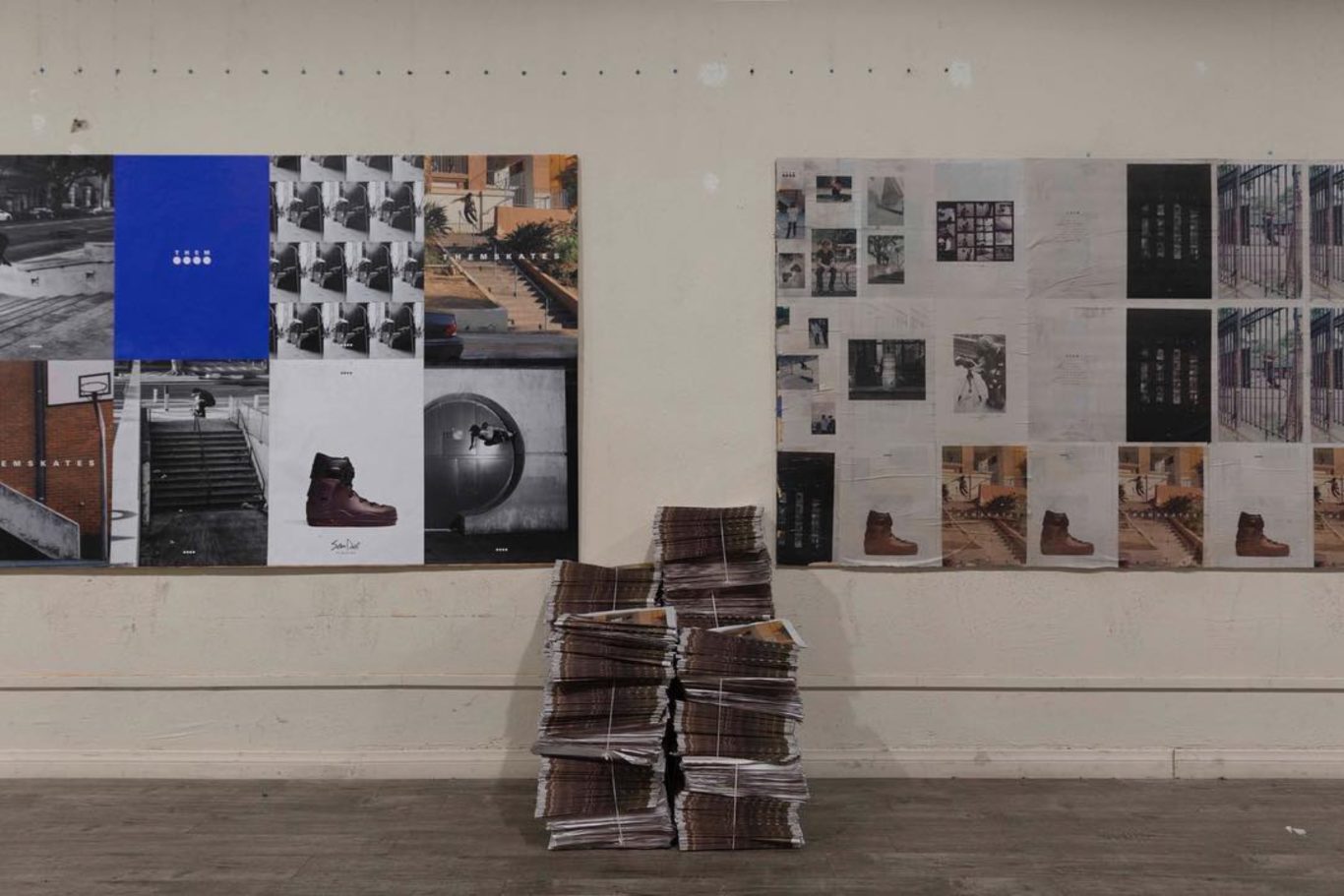 Them Skates will host a Pop Up shop directly across from the competition course. In addition, they’ll be premiering their first print endeavor that highlights the company’s first year.

It’s definitely a neat idea. So you have the new Them Print zine premiering, how did that come about?

Mike and Cheryl at Arms Studio were talking about wheat pasting posters for our installation, which turned out amazing. Their next idea was to do a newspaper zine, which in turn would be a good material source to wheat paste. People visiting could then have something to take home. The publication documents 1 year of Them Skates; it’s such a great idea. Thank you Mike and Cheryl! On the Blading Cup stand point, we are gonna have a great trade show; we have 10 brands premiering new products, 150 competitors from 16 countries represented. In addition to that, we have the Brandon Negrete Blade-In Cinema on Friday, and Valo 6 on Saturday, following with the Negrete Memorial Session on Sunday. It’s gonna be a great weekend! 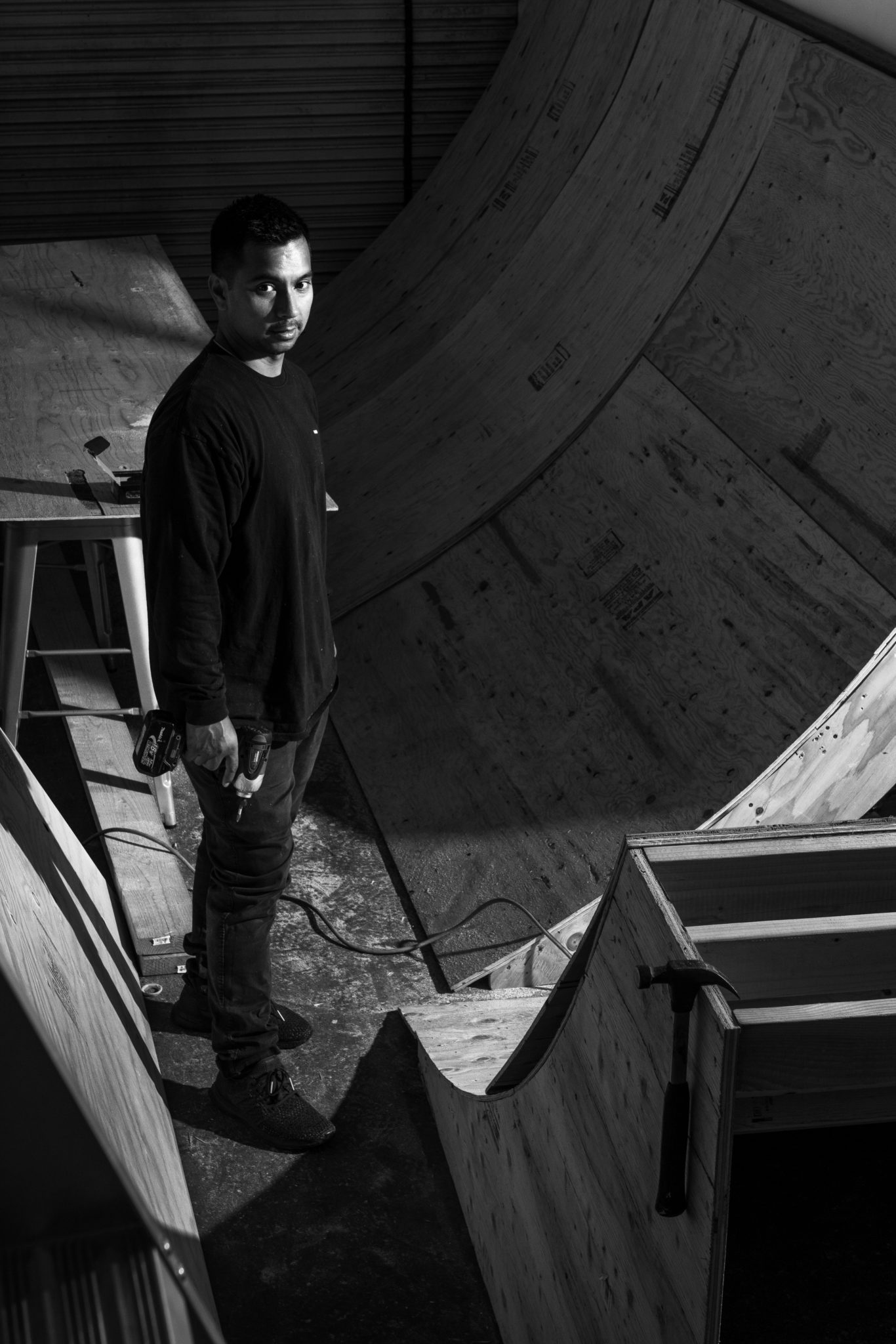 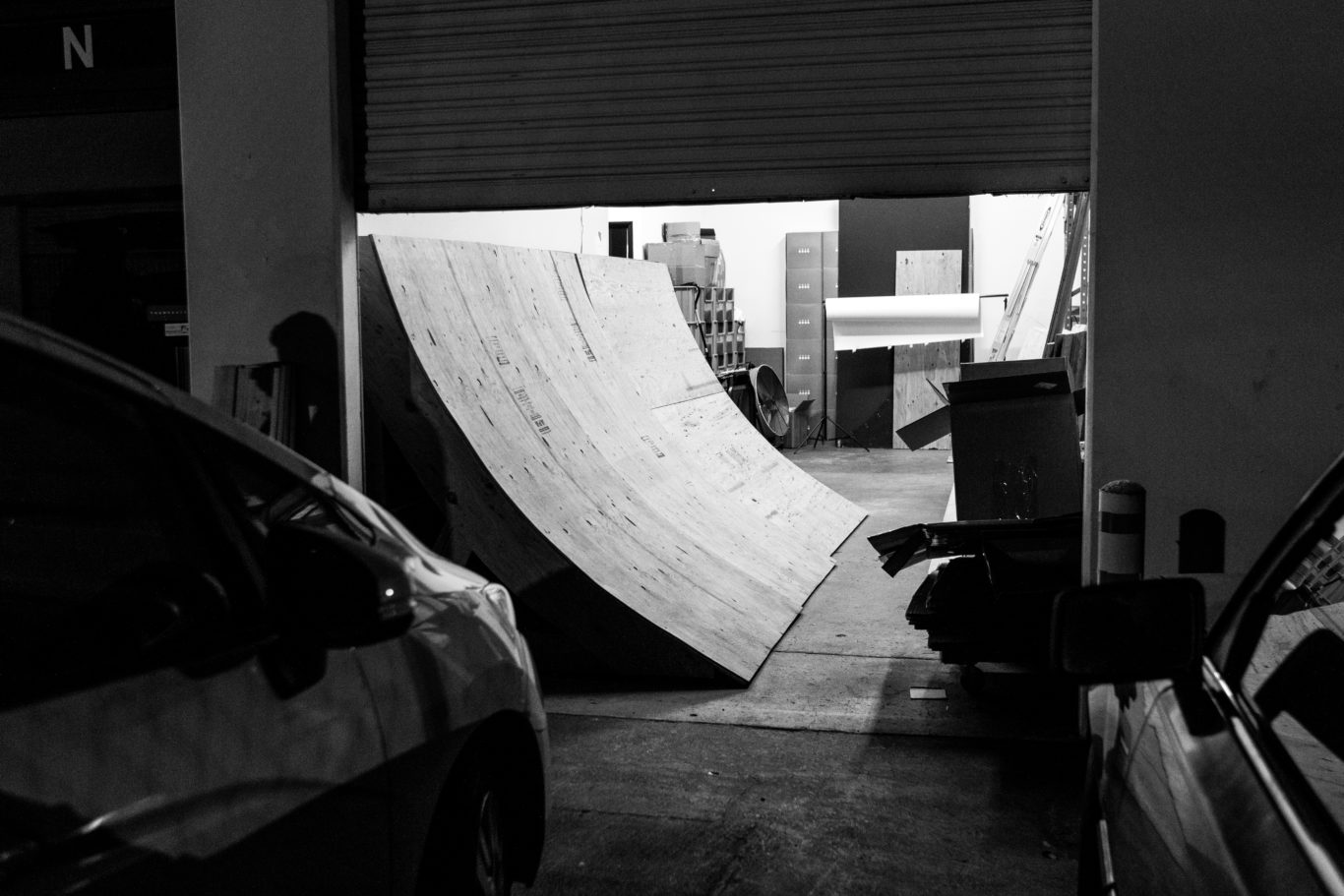 Jon Julio lives and works in Santa Ana, California and has been running the Blading Cup competition for 8 years.