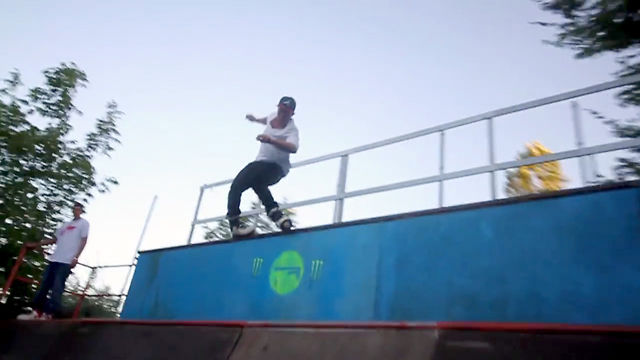 A lot of people impressed me but few were unlucky: Edwin killed it in the training but hurt his arm and couldn’t skate the competition on top, Diego Luppi skated well but his ankle didn’t resist the disaster 540 true mizou during the finals.

Josh and Fritz have been skating more and more comp during their trip in Europe and I enjoy their skateparks skills more and more. Not necessary to say that Roman Abrate is good at park, too. So to end it I’d say, you have to be there next year!

The contest in San Marino was so tight! Lucas and all his friends worked their butts off this year to prepare the park for the contest. They did a great job with the contest and I think everyone really enjoyed themselves! I cant wait till next year! San Marino 2012 what it do!

The Fardamatti Invitational was fun, everybody should come to this competition. It’s just a good time to chill with all your friends and skate!

At this year’s Fardamatti comp Jacopo Tonni won the AM comp and Nicola Fiorenza took 2nd place. Adrien Anne came in first in the Pro division while Josh Glowicki took 2nd place but won the “smile contest” along with Fritz Peitzner, Diego Luppi and Edwin Wieringh all hurting themselves and Roman Abrate skating not so consistent during his heat after absolutely killing it in the warm-up.

The after party was insane with almost naked males trying to impress the girls breaking chairs on them backs each other. The police showed up and people got lost drunk in the camping.