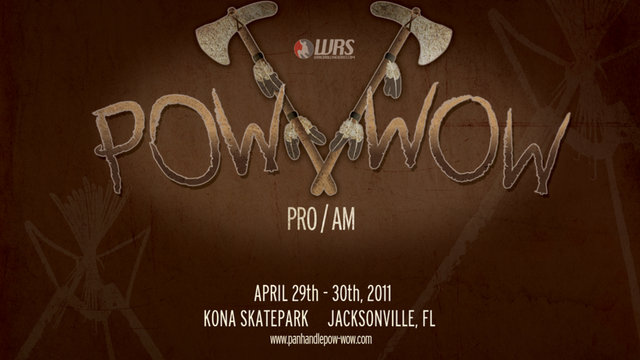 We awoke Saturday morning and without any breakfast headed straight to the park to get started on what was going to be one hectic day. The day started like any other except my list of to-do’s had gotten even bigger. Touch ups on some boxes, setting up trade booth tents, and making sure the logos got put on the boxes. All of this to get done and we find out Blake Taylor’s wife, Rebecca, and our friend Lauren get into a car accident. Blake takes off faster then a bat out of hell and that’s when my boys from South Florida stepped up. We couldn’t have gotten this event ready without them. Rebecca and Lauren ended up with a few bumps and bruises but later showed up to watch the Pro/Am event.

Making our way to Kona’s street course filled with wooden based ramps and a vert wall, we knew it was about to go down. So many tricks had went off in the Old Man and AM Divisions. Some such as Mike Torres’ Ally Oop Negative Mistrial on the Remz Teepee Box and a long Front Torque across ‘The Beast’, a popular rail at the event. Tim Franken took home best trick for his Nugen to Switch Nugen 270 out on ‘The Beast’. Fakie 720 by Jimmy Cisz or Backslide to Ally Oop Topsoul Full Cab Out by Kevin LaPierre. So many talented guys skated their hearts out and advanced to the Pro/Am where it all went down at the concrete course of Kona Skatepark.

Starting the Pro/Am off was Eric Michael with a Royale on what was known as the biggest obstacle on the course, the A-Mall ‘Cannon’. Fallon Heffernan, advancing from the Bladies Division, hits a huge Alley Oop Topsoul on the Remz Teepee box. Aarin Gates, SoCal native, lands a Negative Fishbrain on the Razors box. Another blader that stood out to me most that day was someone I had met before. Kevin LaPierre, whom I had the pleasure of meeting when he had skated in our Bladesgiving competition last year, flew down all the way from Montreal, Canada to do it again. Being consistent with his landing and diverse tricks, Kevin put together lines like no one else in the park had. Tap to Backside on the Razors box, to Sweaty 270 out on the ONE Teepee box, to 540 over the snake bump. Or an Ally Oop Fishbrain, Cab Out on the ONE Teepee box just to name a few. With Greg Hartman on the mic as emcee, spectators were both laughing and enjoying the detailed commentary coming from this South Florida OG.

Taking it to the next level, literally, Andrew Hendricks, representing Razors taking Runner-Up this year, knocks it out with this 360 Mute Grab off the roof of Kona’s Skateshop into the Freestyle Pit of the concrete course. The crowd was going wild just as he was about to land one of the hardest tricks of the day. Topsoul on the A-Mall ‘Cannon’ Teepee box. First one to land a soul trick on this foot wide beast of a pipe about 24 feet long. Andrew definitely deserved to be up in the rankings.

And finally David Sizemore. What else can you say besides he knows how to rollerblade? He is really one of the best in our generation and proves it with his clean landings, precise spins and just all around perfect steeze. Fakie 720 here, Fakie 540 Topsoul there. What took the cake was when he jumped out over the balcony of the spectator booth into the concrete bank only to continue with another three tricks making one of the best lines of the day ending with an Ally Oop Fishbrain Cab Out on the green ledge. David really comes through with his big tricks and lines, showing everyone why he deserves to win. If you don’t believe me, watch the official edit.