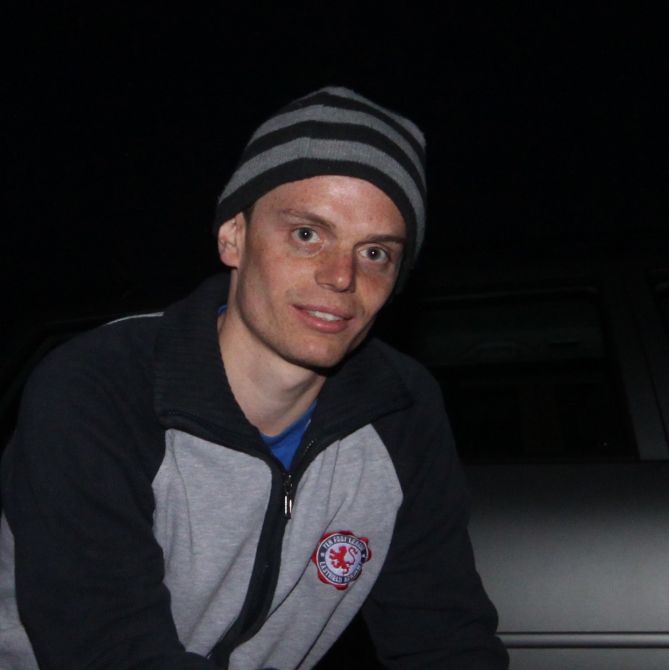 Werner, you have been skating for a very long time. How did you grow up, skating-wise?

Hi Leo! Well, when I think of my skating, I must admit it’s quite different. Not the best style, the ugliest negatives… but I hope it’s okay. I still wonder about some stuff I did back then. Nowadays my shoulder and spine don‘t allow me to skate street anymore, so expect to see more of me on transition.

How do you remember rollerblading from when you were growing up?

The development of skating over the years was crazy. I always shake my head whenever I see people doing spin to win tricks. Skaters like Chris Haffey, Jon Julio etc. are nowadays bringing the sport into mainstream media and so we also get positive feedback from non skate-related people who may start to roll. I wonder if the tricks will still get more crazy and I hope to see much more people on blades in future.

When did you start putting on contests and why?

I have been organizing rollerblading events in Austria since 2008. In 2010 we formed the ‘Chimeric Warbird Association’ and we are putting all our passion into the events. When I was a kid, I used to travel through Austria, attending all the skate contests like the legendary R.I.S.A. and the T.I.S.S. contests. It was always an intense experience and I loved to skate with my new friends, old buddies , and to party all night with them. After a while, contests were becoming few and far between. I was missing the nice atmosphere and the people. At some point came the idea to start organizing the ‘KFCity Cup’, which was the first competition I organized. The feedback after the first contest was quite nice and so I got motivated to throw more events.

How would you describe the development of the Austrian skating scene during the past 10 years?

Ten years is quite a long time, so where should I start? With Ignition, the Austrian rollerblading scene had a great shop and got more popular over time. ‘Spagat’ does their best to throw events and still puts effort into the sport. With the Bonsai Rolling shop we have a small but growing skate shop, and the indoor skateparks in Linz, Innsbruck and Klagenfurt are some really good locations to roll. It’s sad that contest series ended and it‘s been a dream of mine to organize a ‘R.I.S.A. Vienna’ some day to bring back the good old days.

Would you consider Austria an important influence on European rollerblading?

Austria has had and still has a big influence on the scene in Europe. Really great skaters like Fridolin Eelbo, Horn and Gabriel Hyden are all Austrian and killing it. We have some great up-and-comers like Lukas Matzi, of whom you will hear of in the future for sure. Be-Mag itself is run by Austrians, Ignition was the best skate shop ever in my opinion and it still feel weird to order my stuff from other shops. And last but not least, Jon Elliott.

Austrianinline.net is currently offline as it got harder and harder to keep the website interesting over the years. Do you think it still has, or should have a future? And which direction do you think it could or should go?

I would love to see the site online again. Social networks made it quite difficult to keep the site alive, but with more admins, more articles, a connection with social networks, and in general more updates, it could get back on top fast. We opened a topic on the Be-Mag msgboard to discuss a possible new format for Austrianinline.net. Austrians, please join the conversation over here.

What are your plans for the near future? In particular for the upcoming ‘Rollinz 2012’ contest?

I would like to connect more with the Slovenian and Croatian people in the future, because they have quite a big and strong scene. And I would also love to organize a rollerblading event in the new indoor skatepark in Innsbruck. Besides that, the regular contests like the ‘KFC Cup’ and the ‘Rollinz’ are ready to go off! The ‘Rollinz 2012’ will be crazy this year. Last years contest was already nice with competitors from all over Europe. This year it will be even bigger with rollerbladers from all over the world, e.g. the Razors pro team will be in attendance! So the skaters, the ‘Rollinz’ team, the sponsors, and the awesome park setup will together make for a great competition! Thanks to everybody for the support!