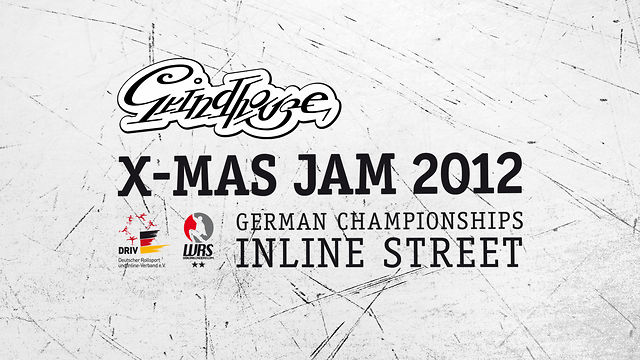 Their ambitious plans to produce a kick-ass edit covering the whole park lasted about two minutes into the filming process. It then became clear that everybody wanted to solely skate the new obstacle that was added to the park just recently. It goes to show that it not only has great potential for the upcoming event, but it’s fun to skate too.

Speaking of new obstacles, many other will be added to the park for the event to allow for a fresh skating experience. Want to know more about the preparations for the event, pro attendance, etc.? Join the event on Facebook to stay informed about everything X-Mas Jam 2012! Want to start your personal X-Mas Jam preparations right now? Download the registration form for the contest here and save yourself some time on December 15th.

Many thanks to all of the sponsors for believing in the event and allowing the I-Punkt Skateland to continue with X-Mas Jam every year. Shout outs to Sidney Hansen, Melvin Siemianowski, Jan Navitski, Philipp Köhler, Stanislav Bondarik, Dave Botchwey and the rest of the Hamburg locals for devoting their time – and their precious “Bladers Only” session – to put in work for the promotion of the event!

Also much respect to those that offered one (or more) friends places to crash on the X-Mas Jam weekend, everyone that’s cramming their cars from floor to roof with bladers, backpacks and beer, and everyone that convinced themselves to get the train or plane ticket. Anyway, although the contest isn’t exactly cheap, basically I want to thank everyone that’s set to make their way to the event this year. Thanks to every volunteer, every helping hand, every idea. You are X-Mas Jam 2012!