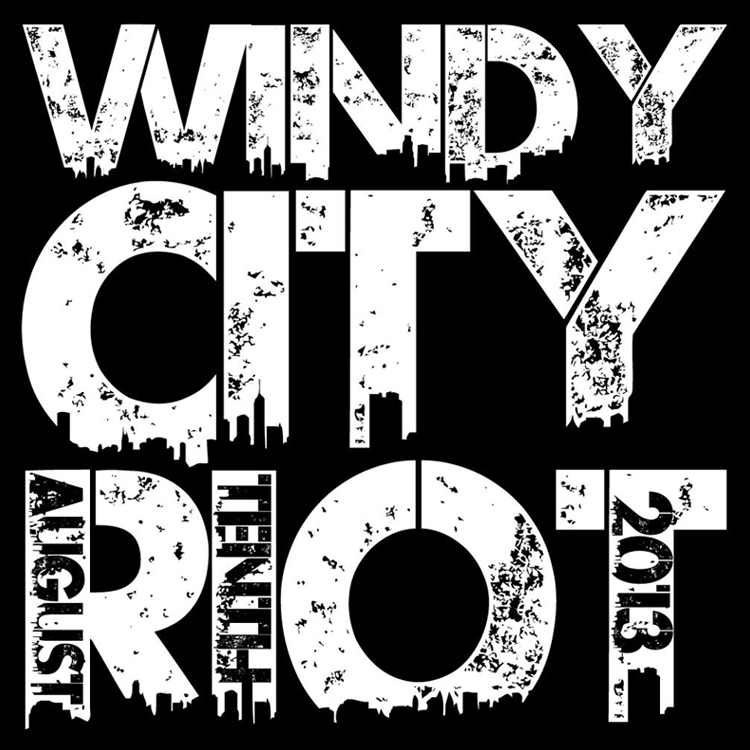 Chicago, IL is a tough city, and competing in a gruelling real street comp is tough business, separating the men from the boys and all that. But this upcoming edition of the WINDY CITY RIOT, on Saturday 10th August 2013 is exceptional in two very special ways. This year marks a decade with Collin Martin at the helm, with the Chi-town entrepreneur having organised ten of the twelve Riot weekenders. There aren’t many blading events worldwide, never mind street comps, which can claim 12 years strong and growing.

More impressive is the top prize purse of $2,000 cash. This is huge by any measure, especially without major industry financial support. The prize money is raised each year through an integrated series of skatepark mini-comps throughout the Chicagoland area, in the 3 months prior to the WCR in August. In addition to the fundraisers, primary sponsor The Pull bladestore backs up and guarantees any shortfall, ensuring the huge payout and ultimate motivational tool for the country’s pro’s and up-and-coming shredders alike.

The street comp is the primary focus of the weekend but certainly not the only draw. With a metropolitan population of 9.5 million Chicago is the USA’s third largest city and there is an awful lot going on. Friday 9th August will see a skatepark/BBQ session in the city, followed by an alley-cat style challenge event. More details on that closer to the event but beer sponsors have already been secured. The legendary side-events such as the high jump will be there too.

The fundraising efforts are ongoing, and if you wish to support the event regardless of attendance, this year has seen the introduction of some unique rewards for WCR supporters (rendezvous bottle service with Juan Hererra anyone? A cameo in a rap video? Or blade with Mike Radebaugh?) More info here.

Further to the success of the last few years, in a city notorious for snarling traffic and exorbitant parking fee’s, the spots selected for the comp will be within easy biking distance, and borrowing/hiring a bike for the Saturday is strongly encouraged. And with a lake as big as a sea and temperatures averaging 28C, swimming gear should be packed with the blades.

See you in Chicago!

Check out: WindyCityRiot.com
RSVP to the event: Windy City Riot 2013