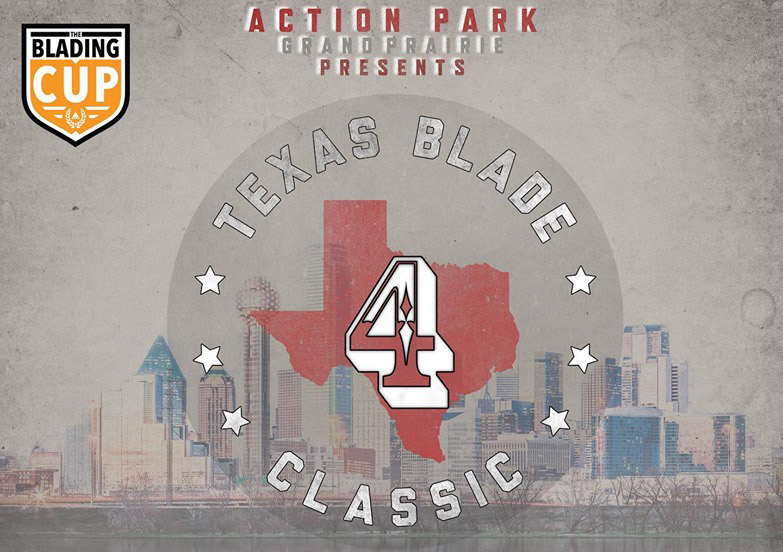 The Texas Blade Classic 4 at Alliance Skatepark in Grand Prairie Texas is coming up this Saturday on October 5th so we decided to pick the brain of it’s organizer, Brian Barnard, to find out more regarding the  history of the contest and what we can expect from the upcoming Texas Blade Classic 4. 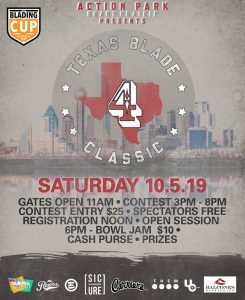 The first Texas Blade Classic was in 2016. I had just started my second tenure with Alliance Skatepark. I’d previously worked for the park in 2007 while I was in college at UT Arlington In 2009 I moved on to a role with the Dallas Stars. I came back to work with Alliance in the summer of 2016 right as the park was beginning a quarter million dollar renovation. After a few months back I received the green light to put on a contest and began planning what became the first Texas Blade Classic. The immediate goal was to channel the energy I felt from the Hoedown. The scene in Texas is so healthy and I really believed we had a lane to fill with hosting a contest at Alliance Skatepark.

Alliance Skatepark is one of the most unique and diverse skateparks in the country, dare I say, in the whole world. Describe to us what makes Alliance different from other skateparks?
Alliance has a prime location right in the middle of the DFW Metroplex and sits on about 4.5 acres. There are two main skateparks;  A 13,000 sq ft Outdoor “ASA Style” pro course and a 10,000 sq ft covered “Hangar”. There are also BMX trails, a gym facility, and a RC car track along with a retail shop and a concession area. Over the last two decades the property has seen more than a few upgrades and each time evolved into something better. Most recently, with the addition of a full capsule bowl, foam pit, gym facility, and BMX trails.  It’s really much more than a skatepark. It’s a family friendly environment that provides a safe and welcoming atmosphere.
Some of the rollerblading community may remember Alliance Skatepark as host to several ASA contests in the past. The park has grown immensely since those early days, both in size and popularity. Can you describe to us what some of the biggest changes to the park have been?

The majority of the changes have been to the covered skatepark which we call “The Hangar”. It has an absolutely amazing full bowl mini ramp, foam pit, and separate sections with plaza style obstacles and transition areas. Considering it still has the majority of the original ramps, the outdoor ASA style course is close to what it originally was from the beginning. A few weeks ago on Instagram Jaren Grob posted a clip from one of his runs at a X-Trials event at the park. It was pretty cool to see how the park was almost twenty years ago and I think it got a few of the locals hyped to spend more time on the pro course when they come blade to Alliance. 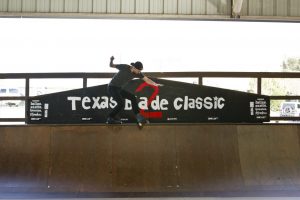 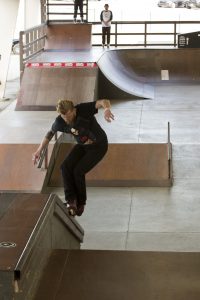 The Hoedown changed my life. I will be forever grateful to have witnessed the few that I was able to. To me nothing will ever be what the Hoedown was. The atmosphere, the high level of blading, the overall vibe was very special. The Texas Blade Classic is about celebrating the Texas scene. I never intended on replacing or exceeding what the Hoedown was able to accomplish but I absolutely wanted to channel that energy and be able to provide something close.  Above all it’s about blading, friends & family. The only pressure I feel is what comes along with running a smooth event.

Is there anyone you would like to thank for helping make the Texas Blade Classic possible?

For more information about Alliance Skate Park go to 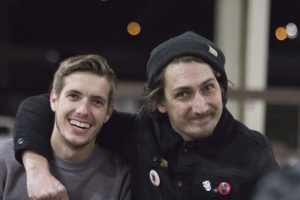 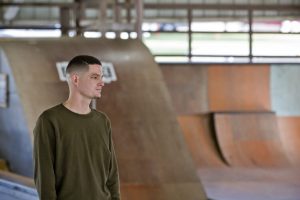 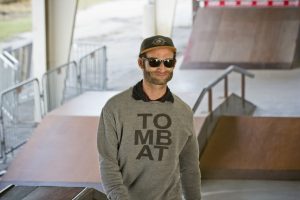 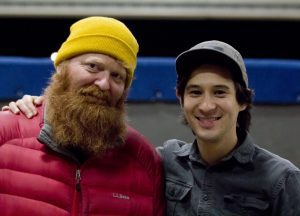 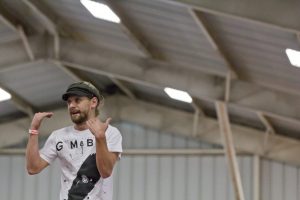 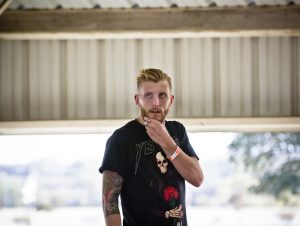