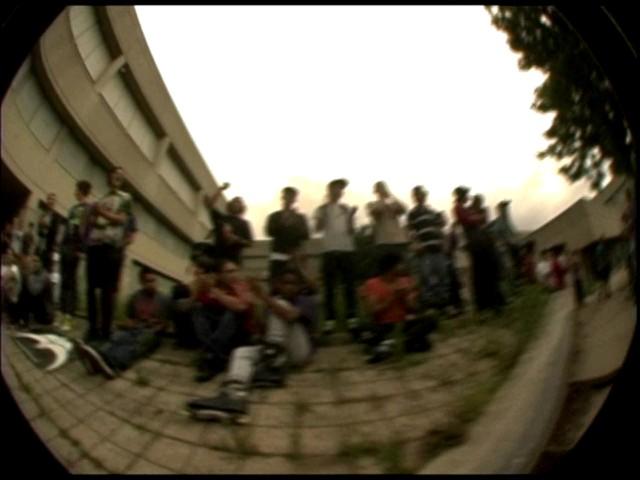 In 2010, the Windy City Riot’s 9th year running, it will be bigger and crazier than ever. The purse is guaranteed to be at least $1,000 and the comp will be a part of the World Rolling Series.

The Windy City Riot was started by Travis Conn and the VFW crew in 2002. Travis managed to pull some heavy sponsorship from Red Bull for the first two years of the Riot resulting in a combined purse of about $7,000 between the two years. Once Red Bull pulled out, the Riot’s direction was passed on to Collin Martin. In 2007, the Windy City Riot joined forces with the Roll Series and was given the honor of hosting the first ever Roll Series North America Finals.

Since the conception of the Windy City Riot, every single person who had won rode Rollerblade skates. From Josh Jones, Josh Whitfield, to Matthias St. John, Nick Uhas, to Jeff Dalnas, David Sizemore and Nick Uhas. Everyone skated Rollerblade. However, in 2008 the curse was broken when Jeph Howard won in Razors. Then in 2009 Steve Lerner won riding USD. Today the WCR cup is up for grabs with all curses lifted.

There are a few things that make the Riot unique. First, each year there is a pre-contest during registration in which people compete in events such as long jump, high jump, flat land and dunking on a basket ball hoop. As it stands the WCR records are as follows: High Jump – 4′ 8″ with a tie between Travis Rhodes and Dwight Harding,Long Jump – 21′ 5″ by Travis Rhodes. Rory Melehan has won or tied in the flat land contest three times and there is no repeat winner for the dunk contest. The Riot is also unique through the way the contest is judged. Ballots are passed out among the competitors and spectators to vote for who they think should have placed in the top five. This also gives everyone a chance to vote for “special awards” such as Best Trick, Best Style, Worst Fall, Way Cool, Biggest Chest, Most Flamboyant, Should have Skated, Old Man and Biggest Baby. Another way the Riot is unique is in the after-parties. Over the years they’ve proven to be crazier than any other street contest. This year, the after party will be at a camp site at the Indiana Dunes on Lake Michigan.

For more details about this year’s Riot, visit WindyCityRiot.com

Make sure you check out the edits from the last year’s WindyCityRiot below: