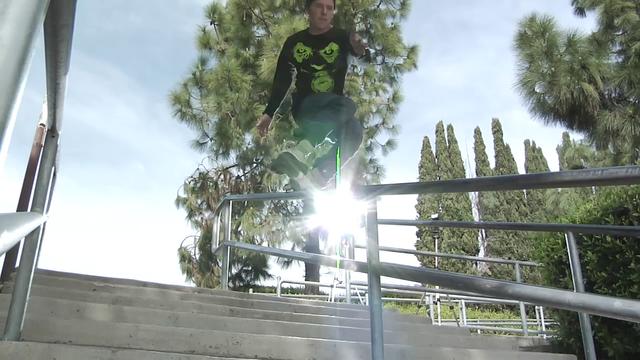 Lyle Shivak: One Minute One Spot

Lyle has had sections in legendary videos like “No Ones Children”, “Demode” and “Filth” and has worked with countless film makers and magazines in his decade long career. The term coined for skaters like Lyle is that he is a “Pro’s Pro” because all the pros know and respect him, but the kids aren’t familiar with this long time ripper.

So here we reintroduce Lyle to the new generation, starting with this bad ass One Minute One Spot and then with his section in the up coming film “Fester” that he worked on for the last 18 months. By the end all will be saying what every one who has ever known Lyle says, “Don’t fuck with Lyle!”.

Best rolling edit you have seen in 2011 so far: I don’t really watch edits, I watch videos though and Drip Drop was pretty good

Hidden talent you have that no one knows about: I can smell colors

Your mother always said: Shut up and eat your vegetables

Skater of the year so far: Haffey

Whats your biggest weakness: I don’t have weakness, I’m not weak. I’m only strong and have man strength

Favourite gadget: Magic phone GPS; I’m lost with out it