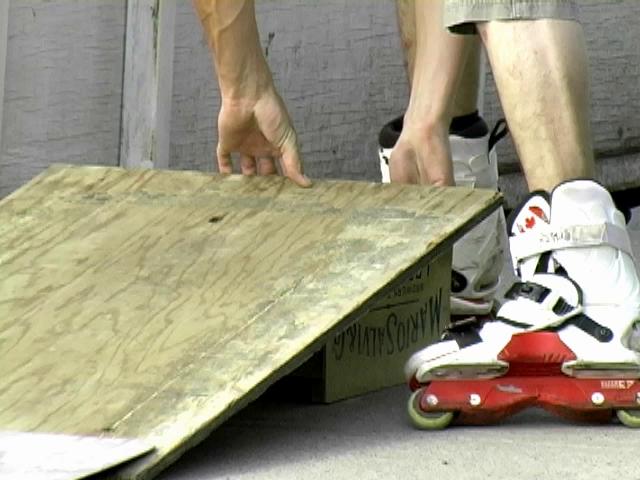 One Minute, One Spot with Sean Knight

I decided to strap on my Xsjado’s and hit some chill spots down near the river.  I tried grinding a bridge ledge that involves rolling 15 feet of grass before the ledge, however the ground was too damp and the spot was a bust.  After a few attempts I picked up my board and walked back through the forest in search of a new spot.

Next I came across a capped bank to rail.  I hit it a couple times, but due to the angle needed to hit the spot correctly, it made the grind really slow and the spot quickly became boring.

As I was turning around to drive home I spotted a beautiful white dumpster a block down the street from the bank to rail.  The house being constructed was vacant at the time, there were enough random objects in the construction site to help build a launch, and I was still fiending some grinds after two weak spots and a short session.

One Minute, One Spot with Sean Knight from sean knight on Vimeo.

So I pulled the boards out of my car, grabbed a sketchy wooden crate from the construction site and built a launch so I could grind the dumpster.  I had my camera with me at the time, the spot was completely random and I thought it would be a good spot to make a “One minute, One spot” edit.