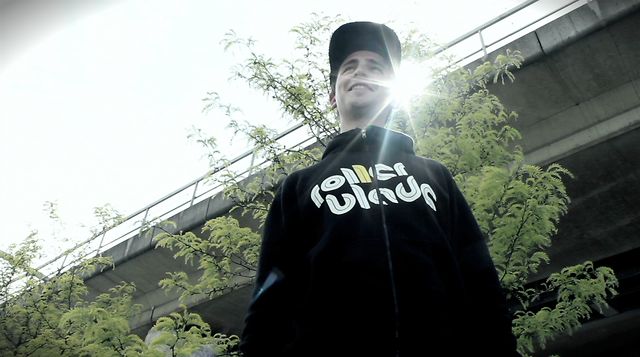 When I ask Dick if it was the prostitution or the weed, he convinces me that he came to Amsterdam for school reasons back in 2007. Dick has been residing and skating in our beautiful capitol for the last five years, but he hasn’t always been this fortunate. The roots of Dick lie eastbound, as he was born and raised in the almost German town of Enschede alongside his fellow shredder and longtime friend Joery van de Pol (Razors flow). This is where Dick’s passions came to life: blading, friendships, and sniffing glue. Although I’m not sure if that last one is true. The two skaters have been influencing each other from day one to reach a high level, and it is safe to say they both succeeded. Many years later, Dick is happy that he can call himself an ‘Amsterdammer’. He has made many good friends, he lives in an incredible apartment in the heart of the centre (not jealous at all) and has even brought along his ladyfriend from his hometown to fully enjoy the city together. I am also happy that Dick is an Amsterdammer. He is a great addition to the scene here, and although I don’t see him that much, it feels good to have someone around who enjoys a street session once in a while. This new edit of him explains exactly why. We love you Dick!