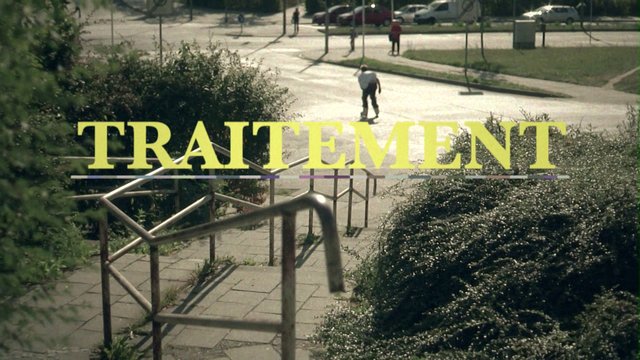 Shooting for Traitement began in October 2009 in Berlin with Dominik Wagner and Jacob Juul. Throughout 2010 Jonas traveled to a handful of major cities around the world to shoot with some of the worlds most interesting skaters. All in the pursuit of creating a truly international film, but keeping every clip consistent in quality and looks by recording everything himself. The entire film was shot with 35mm lenses and along with the post production this gives the film a very cinematic feel.

Traitement also features bits of narration from Robert Guerrero, Jacob Juul, Mathieu Heinemann and Dominik Wagner – giving you some insight into their personalities and rollerblading as a whole.

The trailer will air on January 28th. The video will premiere at Winterclash in Eindhoven. The DVD will be in stores shortly after.

Here’s the Traitement media Jonas released over the last few months. We know these snippets will get you hyped on the video and we hope they’ll help you through the days till the trailer is released. Prepare yourself for something great!