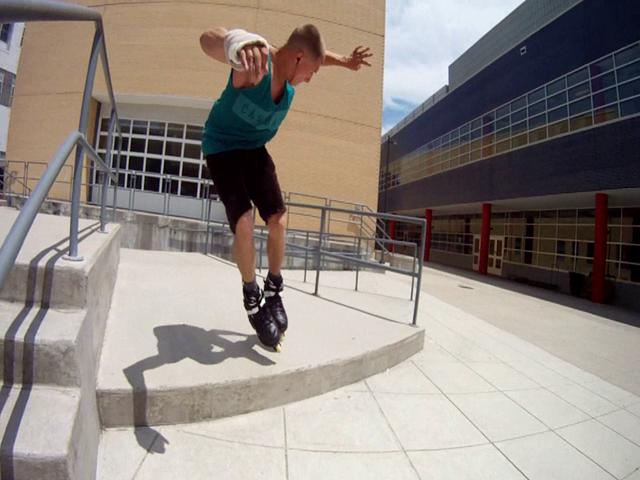 Chris Kolodziej gets around. A few sessions in New York wasn’t enough so he hit up some of Jersey’s steeziest spots including his own practice rail. Long Branch, Jersey Hackensack, Jersey City, and even the beach get a spot in this little feature. If Chris’ skating doesn’t stoke you up enough (which would mean you may need to see a doctor for some Viagra) then get a look at some of his other homies rippin’ it good with the likes of Sam DeAngelis, Franco Cammayo, Matt Defrance, Lonnie Gallegos, Trent Olans, Joey Zitelli, and the Craziest of Pats. Just to top it all off with some extra points, skateboarding may have a dog that cruises but we have a dog that gets you on rails faster than a bungee made from cheetah and panda parts.